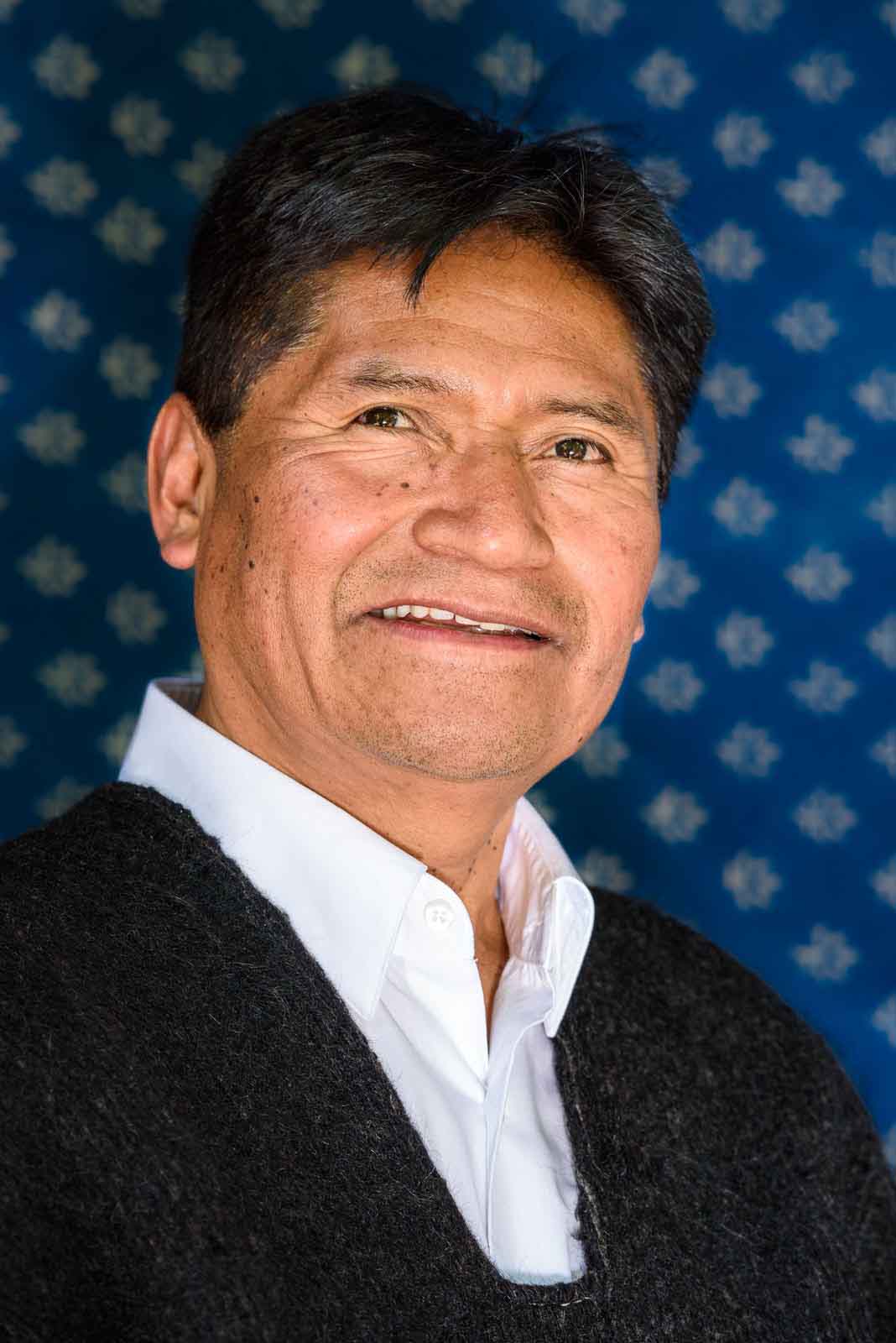 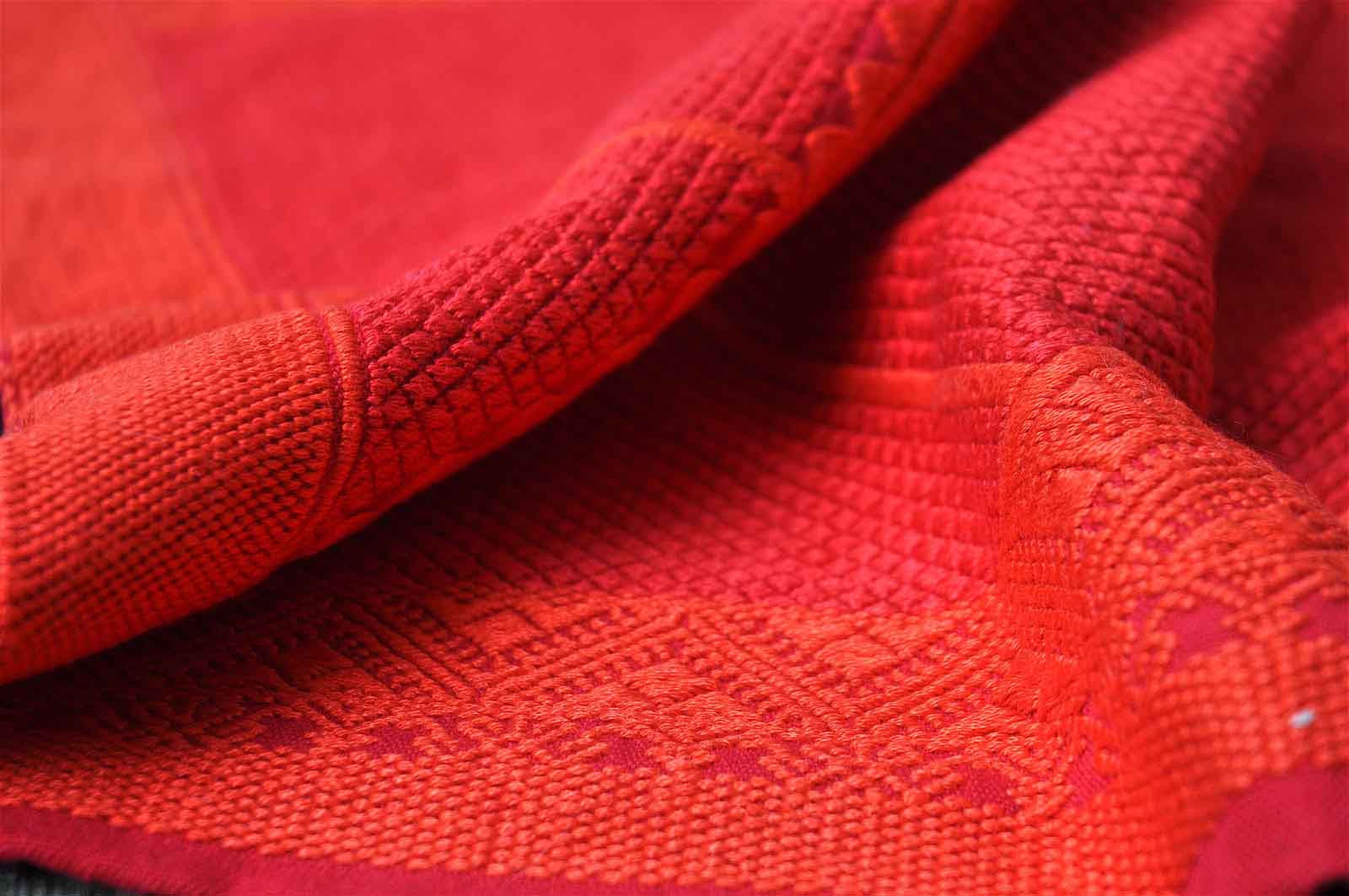 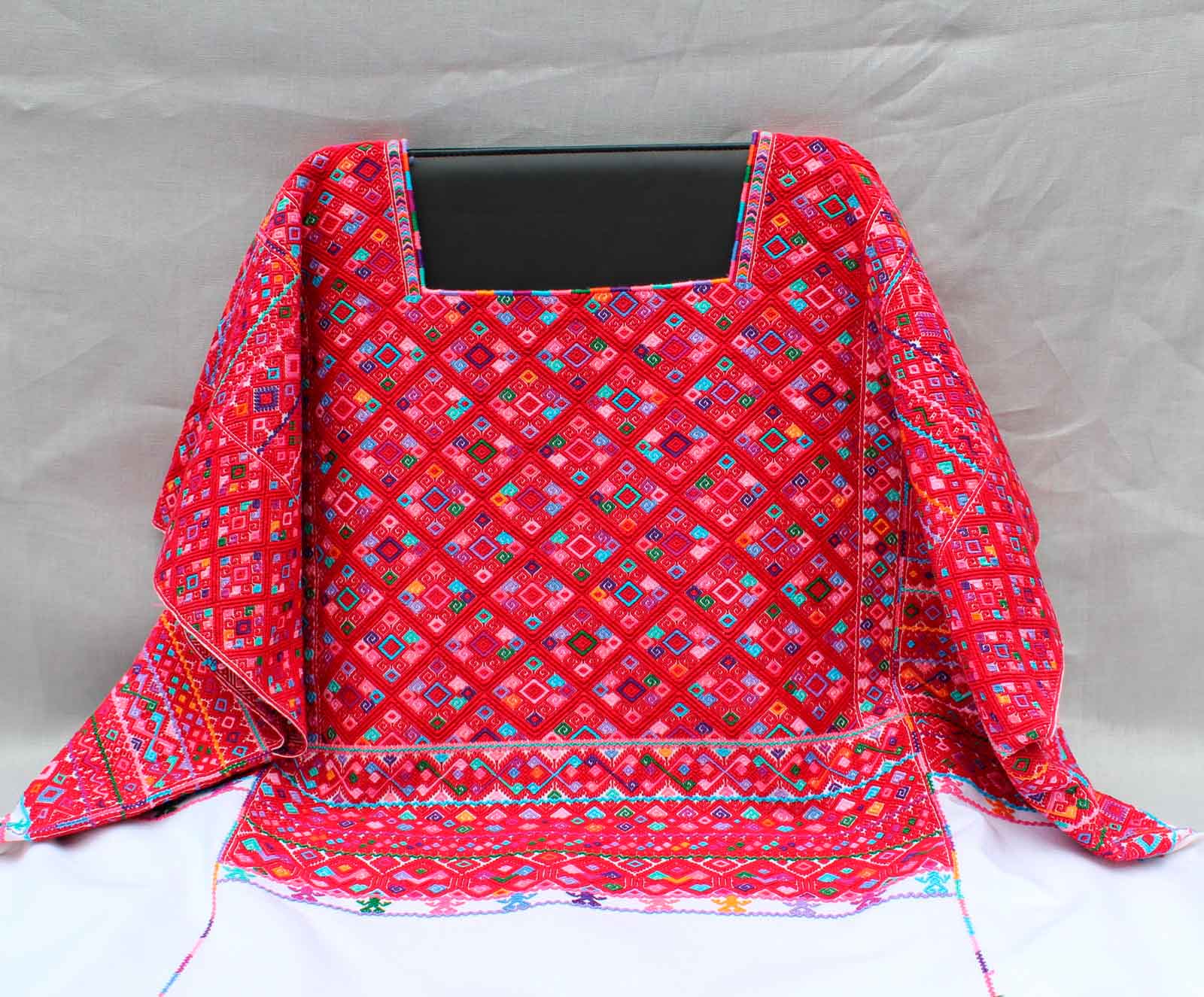 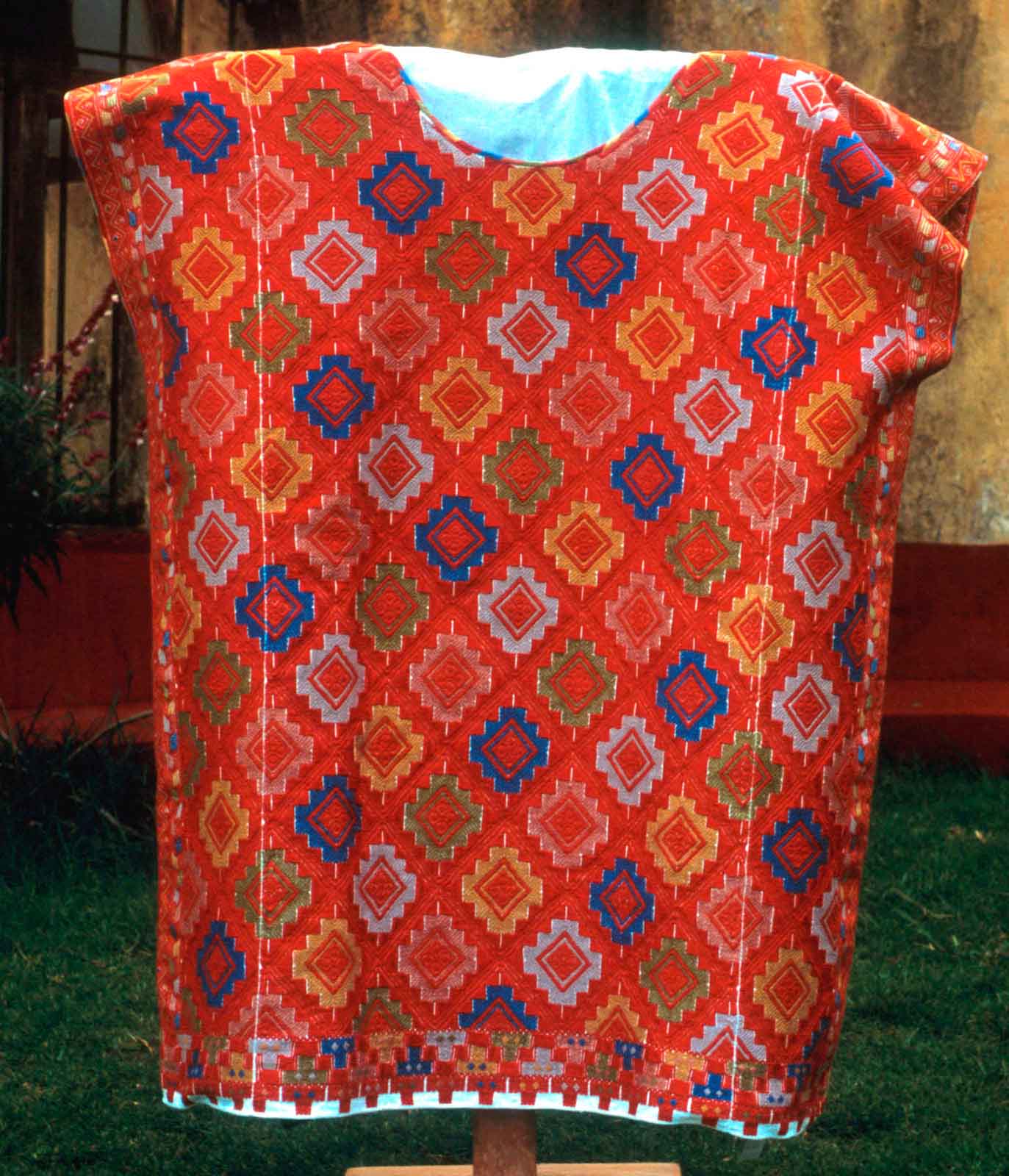 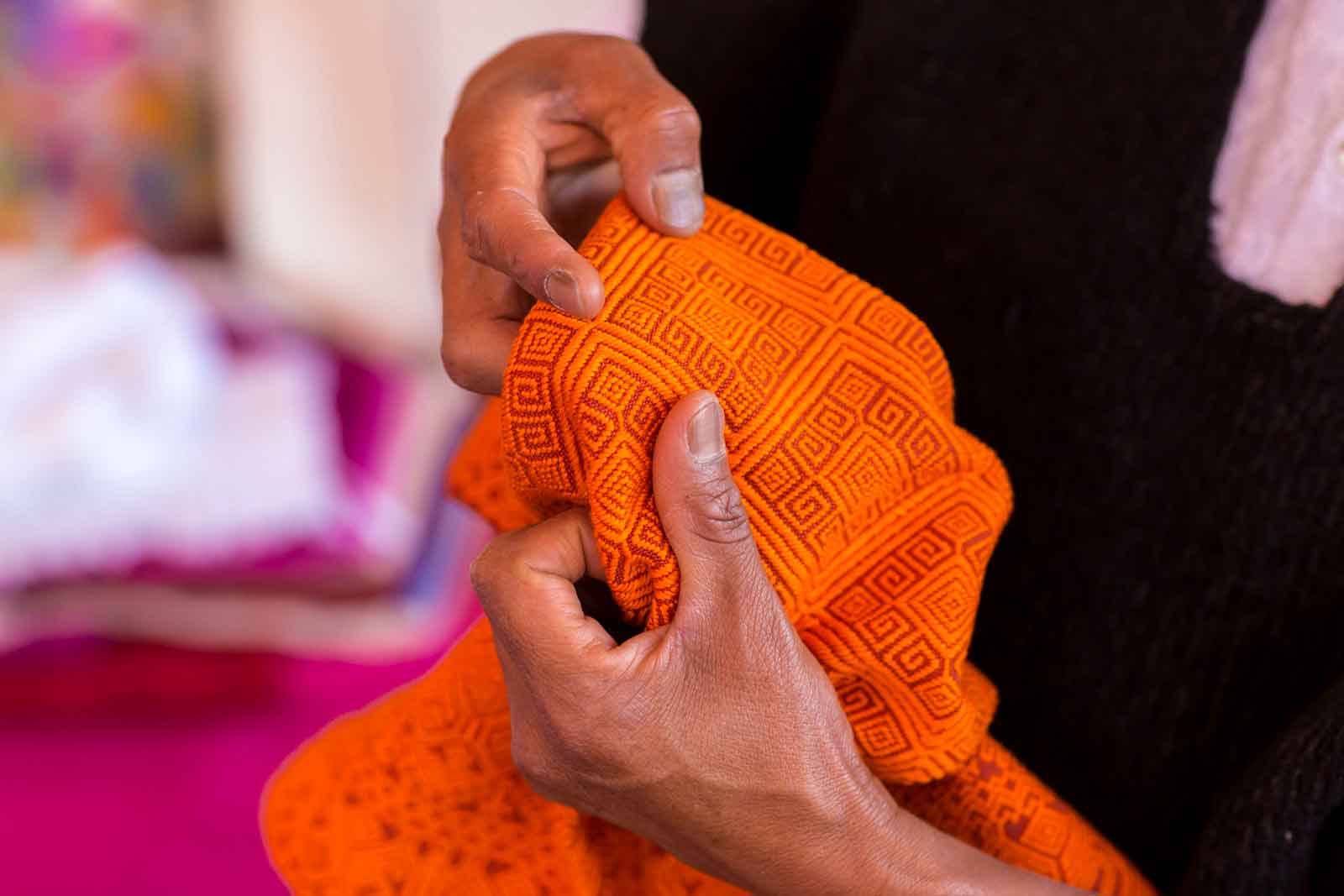 Textile artist Pedro Meza and his community of 350 weavers create a range of items according to ancient Maya techniques and design influences which span thousands of years. Residing in the Highlands of Chiapas, Mexico, Meza founded the artist collective Sna Jolobil 1978 to advance and promote traditional means of creating regionally and culturally specific textiles. Sna Jolobil’s members, for the most part, are female, and learned to weave or embroider their own clothes from their mothers. Sna Jolobil is the oldest functioning indigenous artisan organization in Mexico.

Items begin with cotton threads, which are bought from commercial distributors in Mexico City. The henequin cords for the net bags are hand-made by the weaver. Textiles are woven on a backstrap loom. The net bags are warp-less and woven on a simple loom that is even older than the backstrap loom. Speaking of old techniques and tools, design elements, such as those used on richly patterned traditional huipil blouses and on home goods such as pillow cases, have motifs that date back to 1,000-800 BC. The so-called net bags were used by Maya hunter gatherers about 5,000 BC, and still serve a functional purpose today.

Over the past forty years, Sna Jolobil has been awarded the National Prize for Science, Art, and Traditional Art (1986), UNESCO Prize for Artisanry of Latin America and the Caribbean (2002), Chiapas State prize for Volunteer Work (2008), among many other accolades.