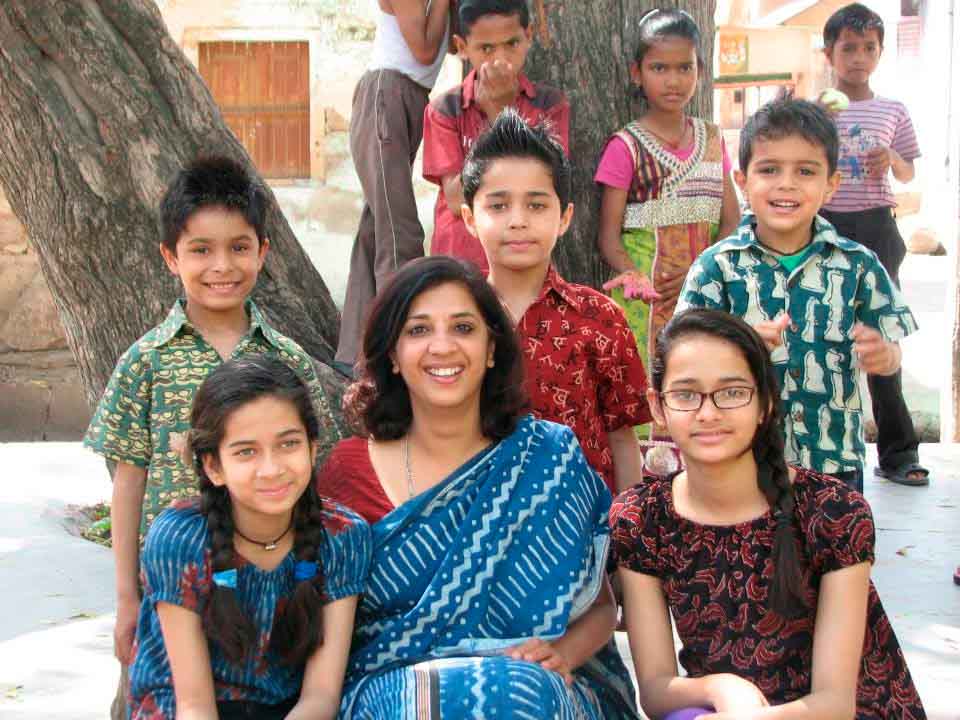 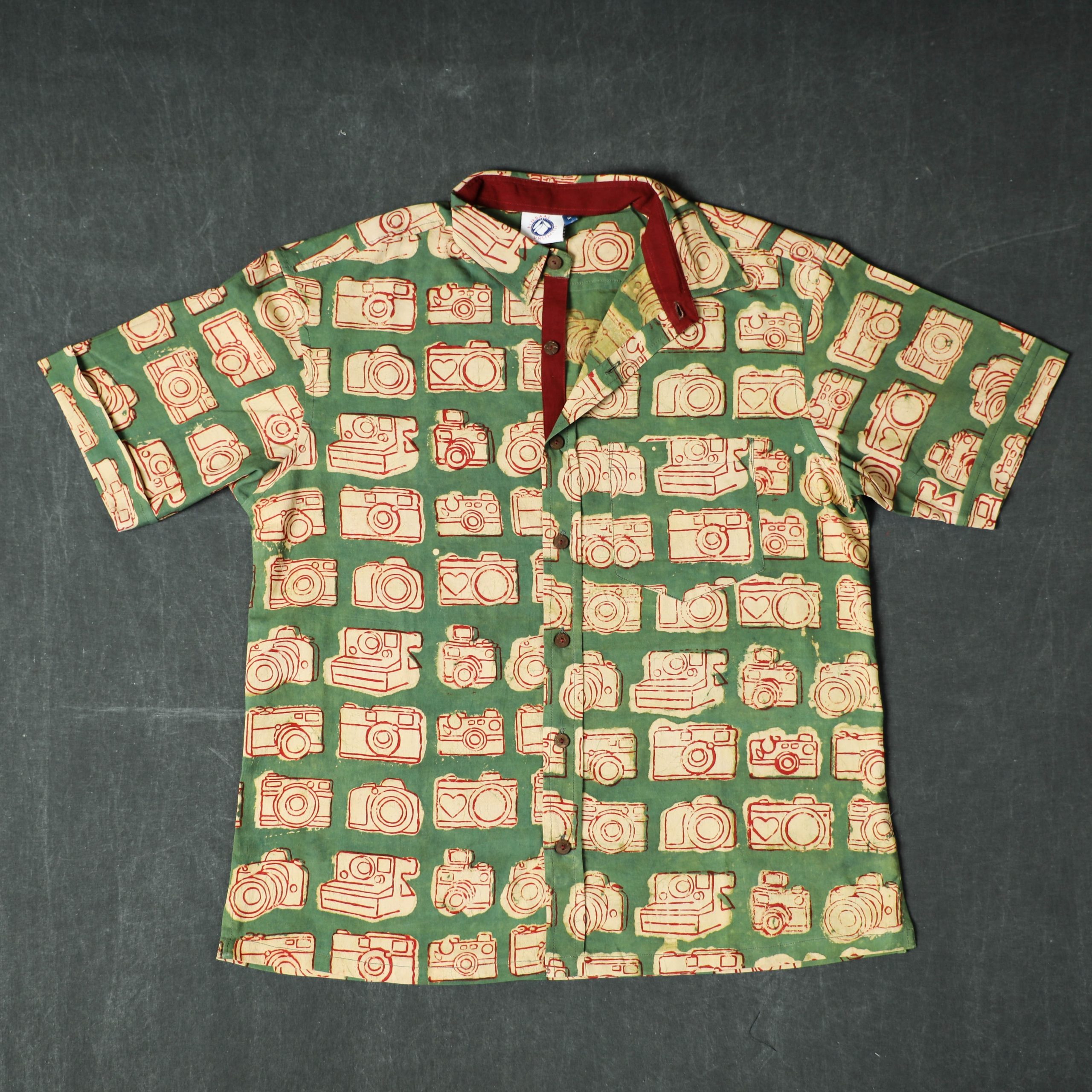 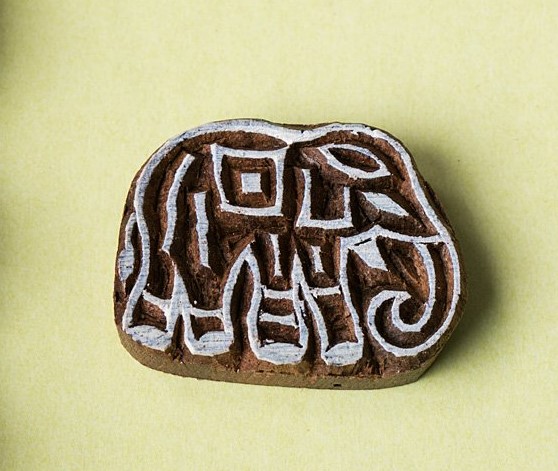 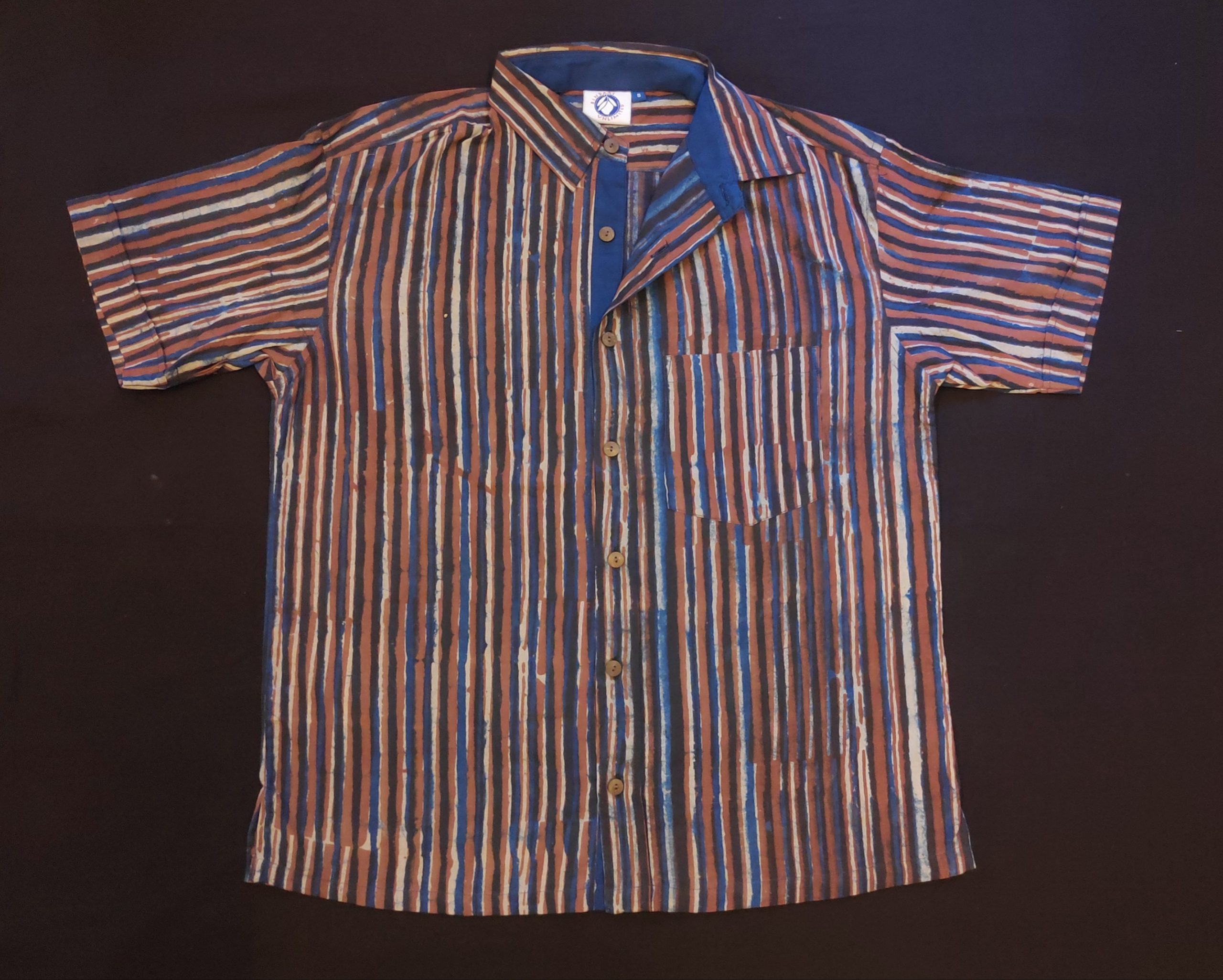 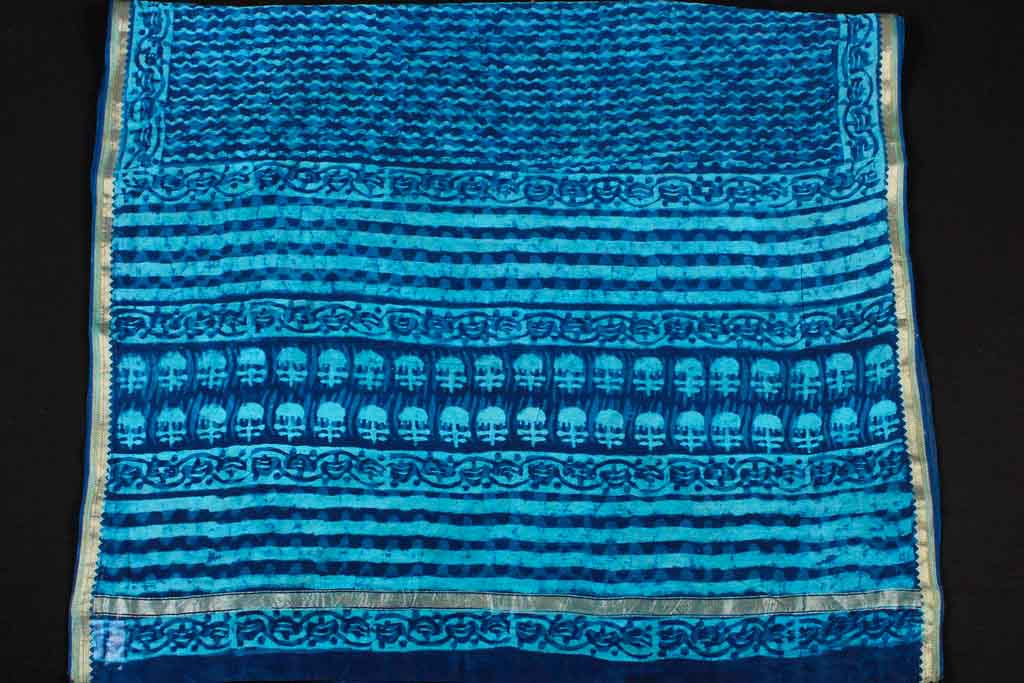 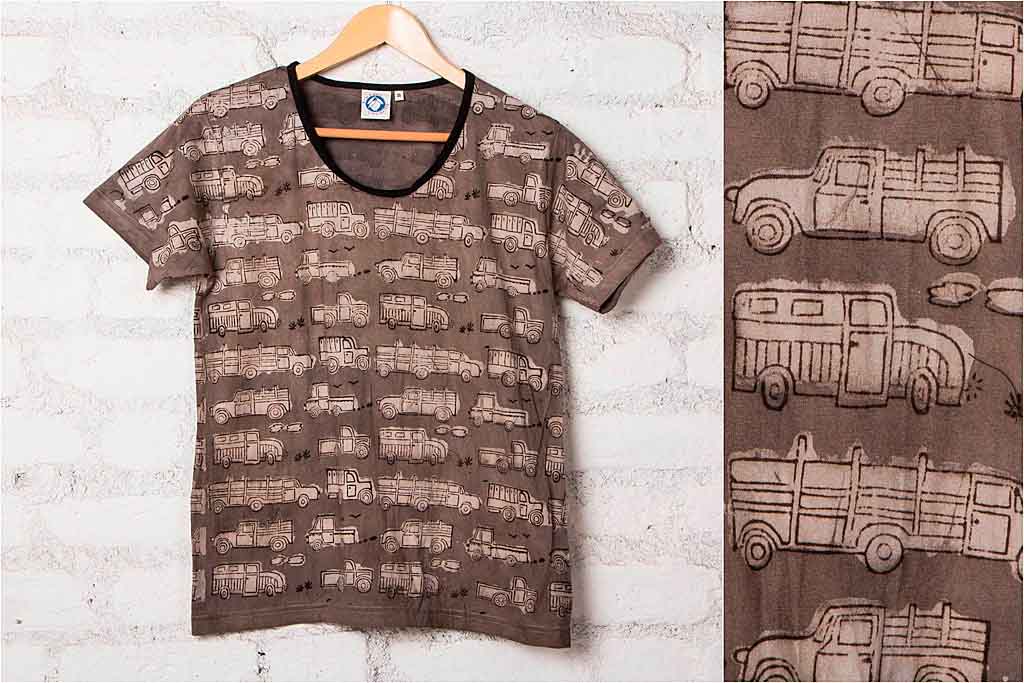 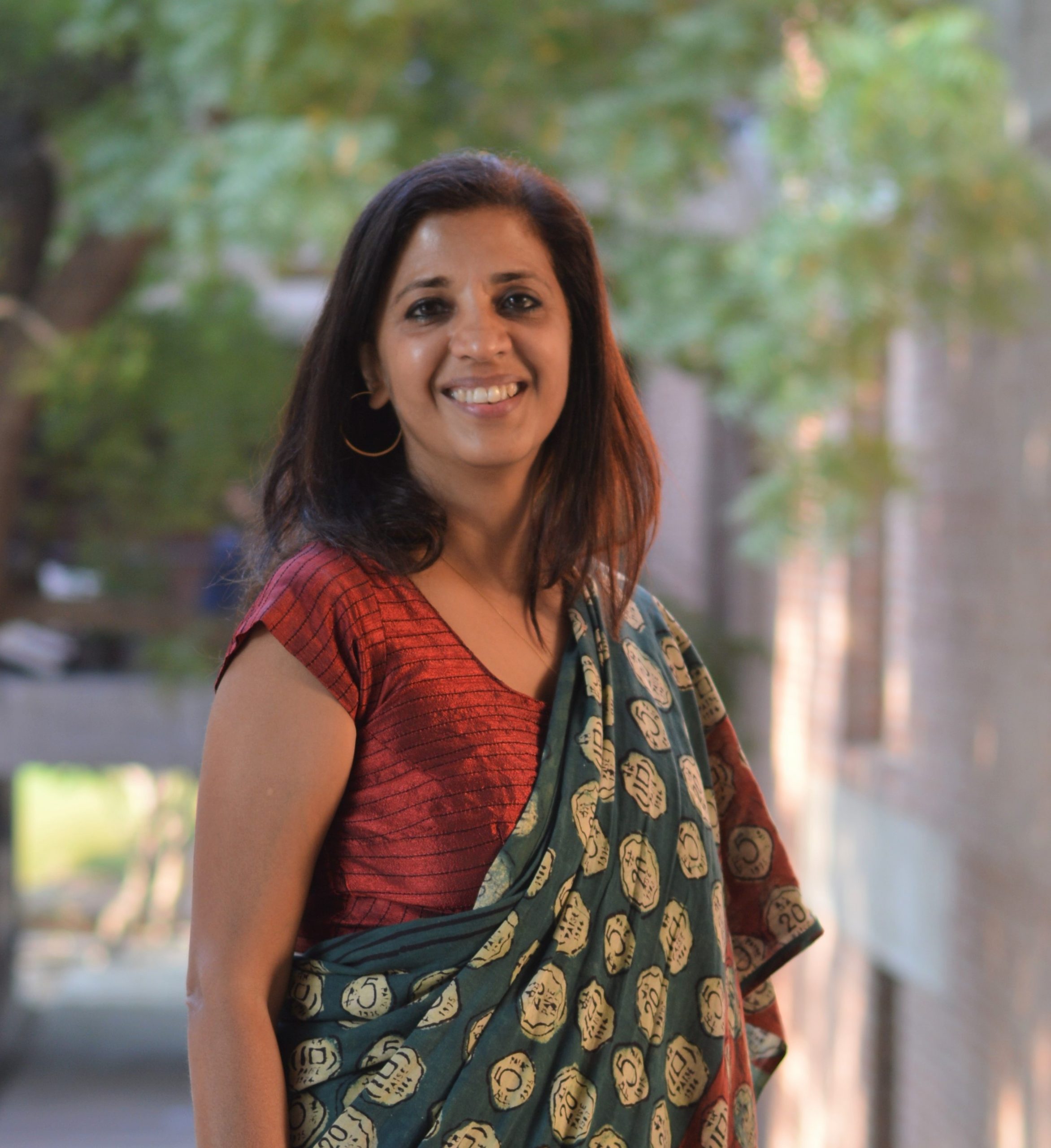 Meeta Mastani is an accomplished community leader, teacher, designer, and artist based in New Delhi. She says her life is in both rural and urban communities in India, as she has been working with and supporting folk artists since 1989. Her artistic practice and her efforts to uplift and bring opportunities to artists in rural communities keep her close to her home-village of Kaladera in Rajasthan. Meeta says artwork allows her to explore and express her own immigrant background and to journey towards decolonizing herself and her environment through the imagery she puts out into the world.

Working collaboratively with the printers and dyers of Studio Chaubundi in Kaladera—who are fourth-generation folk artists—Meeta uses traditional Rajasthani woodblock printing techniques to create whimsical contemporary textile designs inspired by everyday life. The printed textiles are then sent to tailors in Delhi to be transformed into garments and home linens. Her t-shirts, dresses, casual button-downs, and tea towels, printed on cotton, linen, and silk, feature repeating patterns of hand-printed elements like steaming cups of coffee, popsicles and ice cream cones, grinning dinosaurs, and birds perched on power lines. She also offers more traditional Indian themes inspired by nature. Meeta says it is important to preserve traditional printmaking techniques while creating prints that “reclaim and normalize botany, food, and all our material culture.” Regarding the originality of her work, she says, “For a colonized country which has produced printed fabric for the world since thousands of years, it is very important to depict our own designs rather than designs which have significance for the commissioning country.”

Meeta’s work has been exhibited in museums across Europe and the United States, including the Victoria & Albert Museum in London, the Rijksmuseum in Amsterdam, and the Madison Children’s Museum in Madison, Wisconsin. She has also been an artist in residence at institutions in Maine, Wisconsin, and Czech Republic.