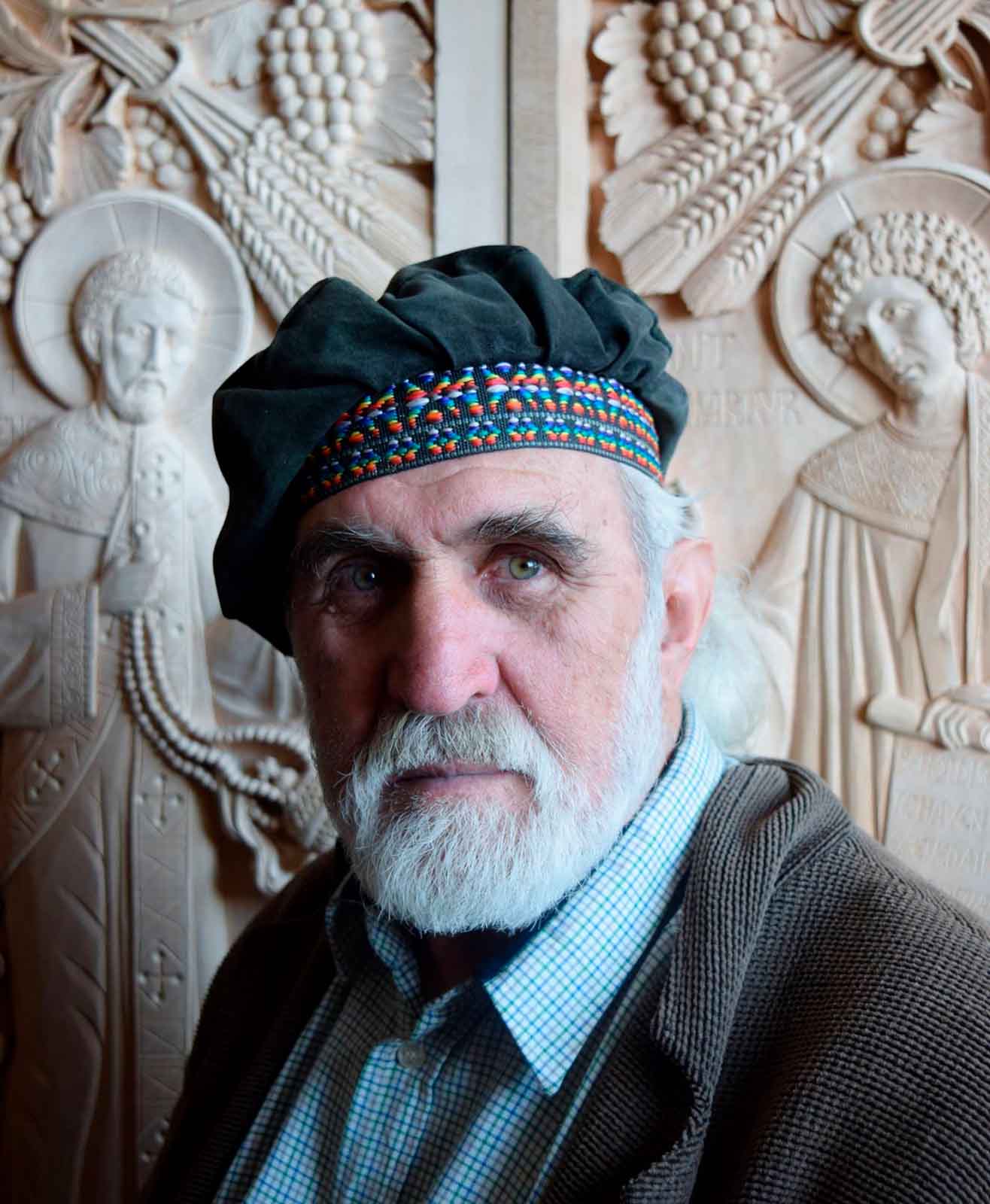 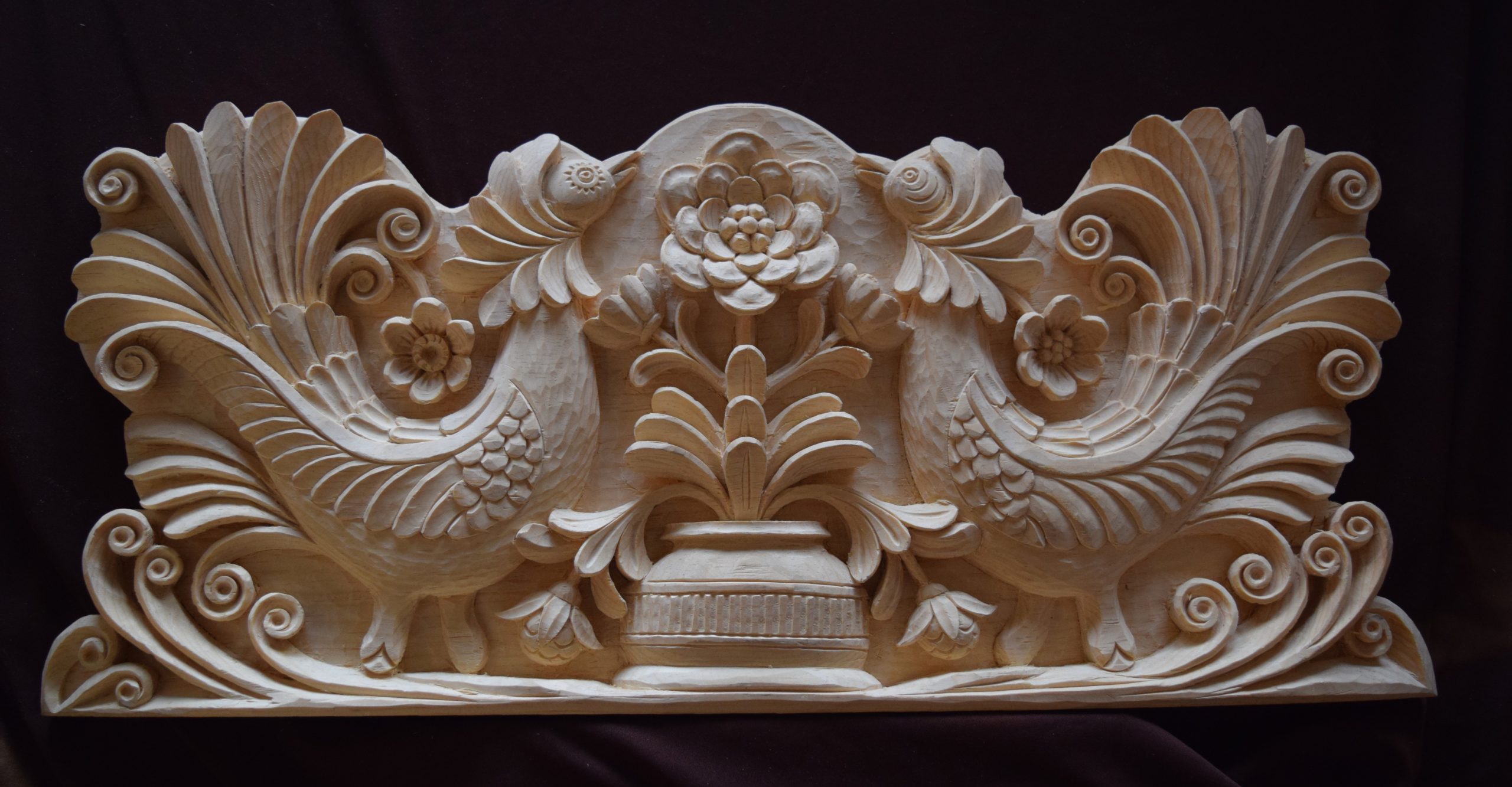 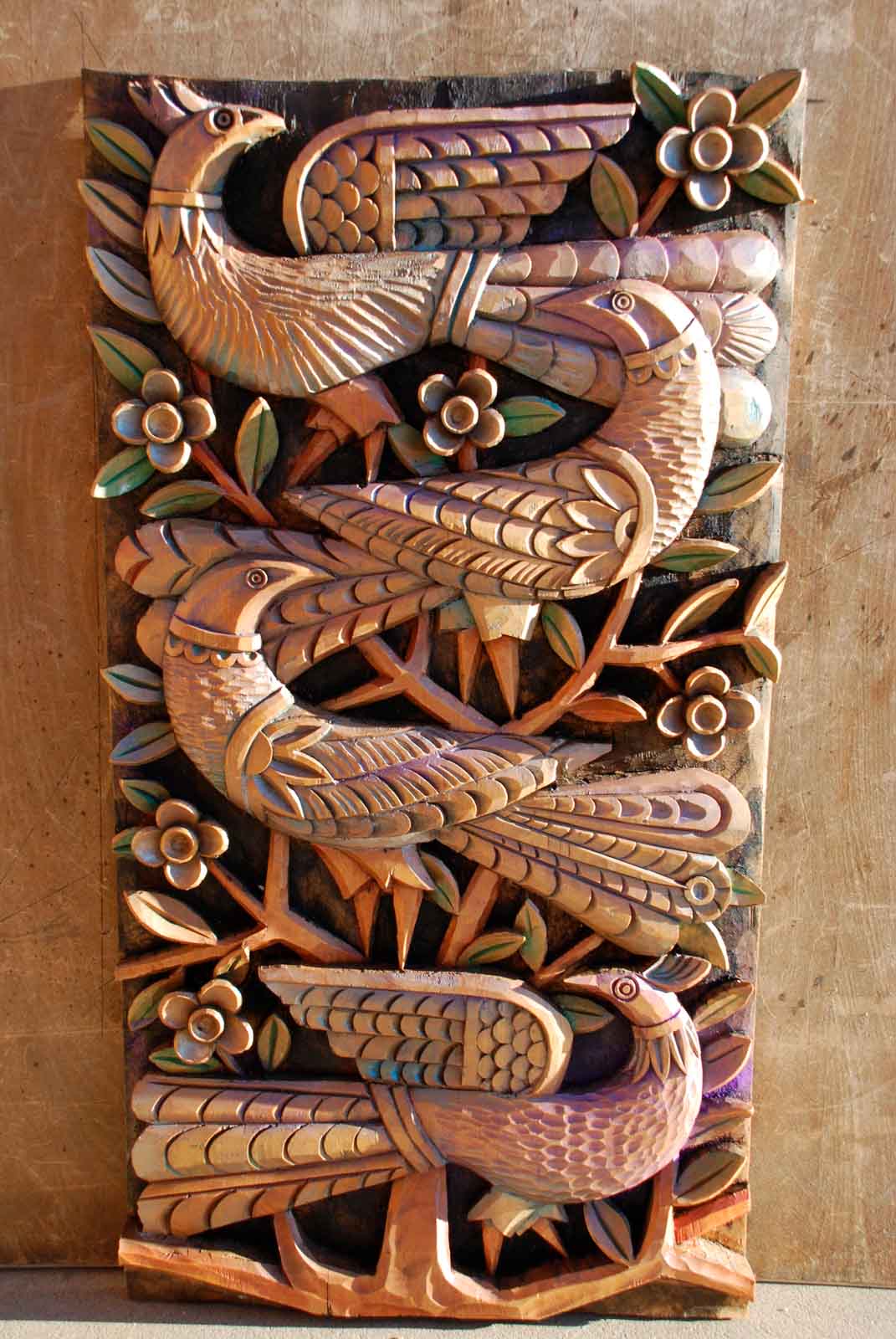 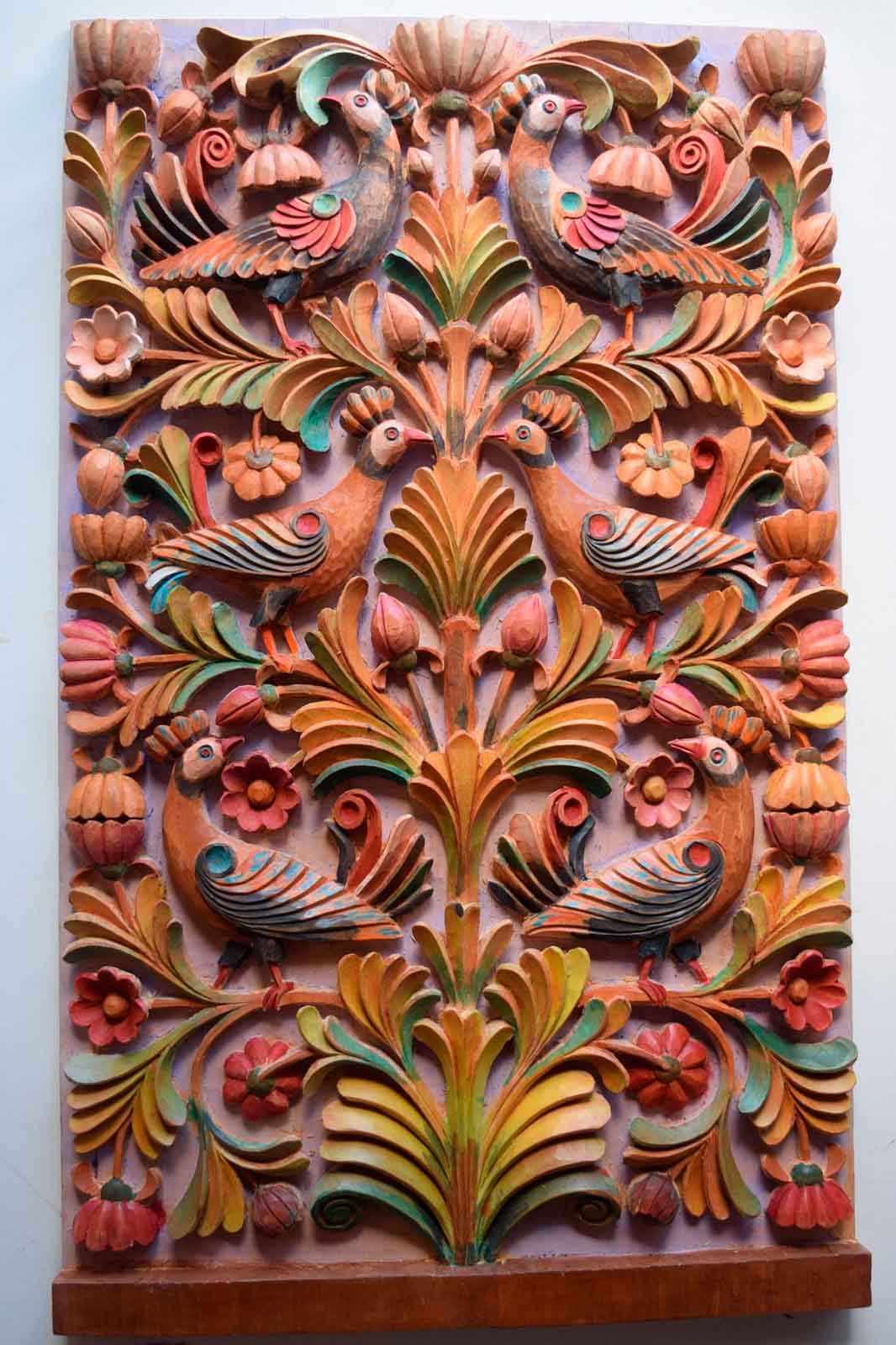 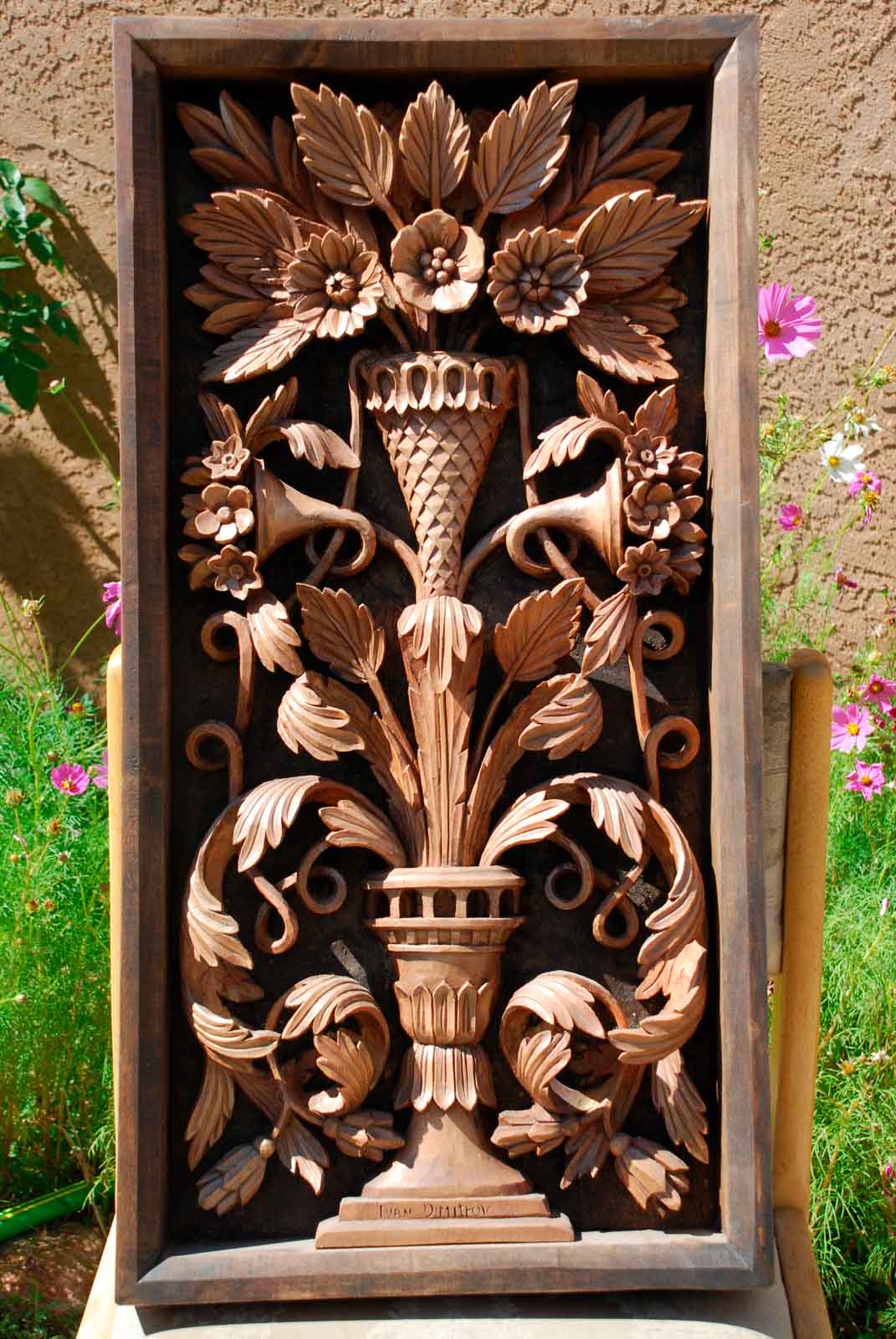 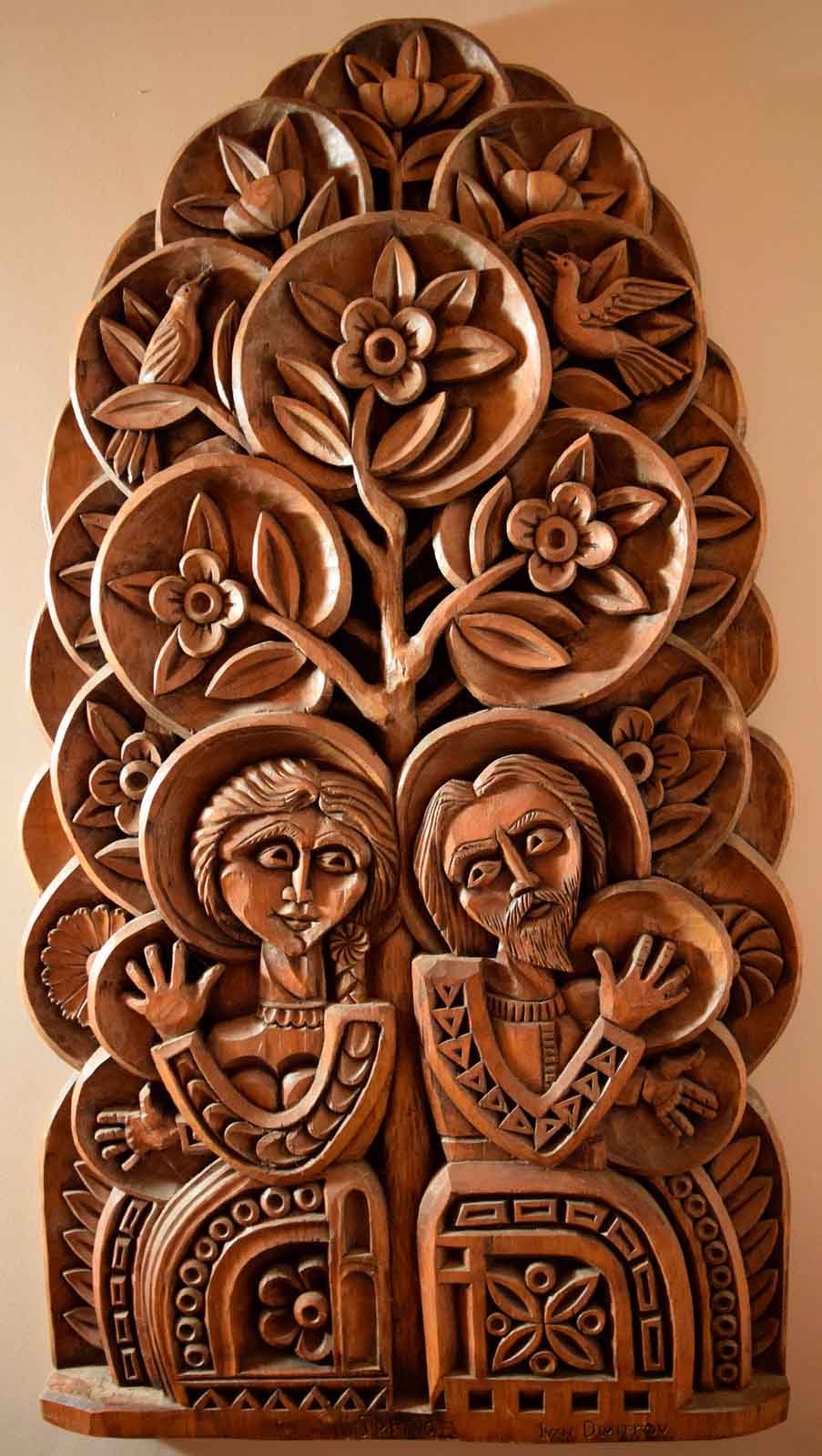 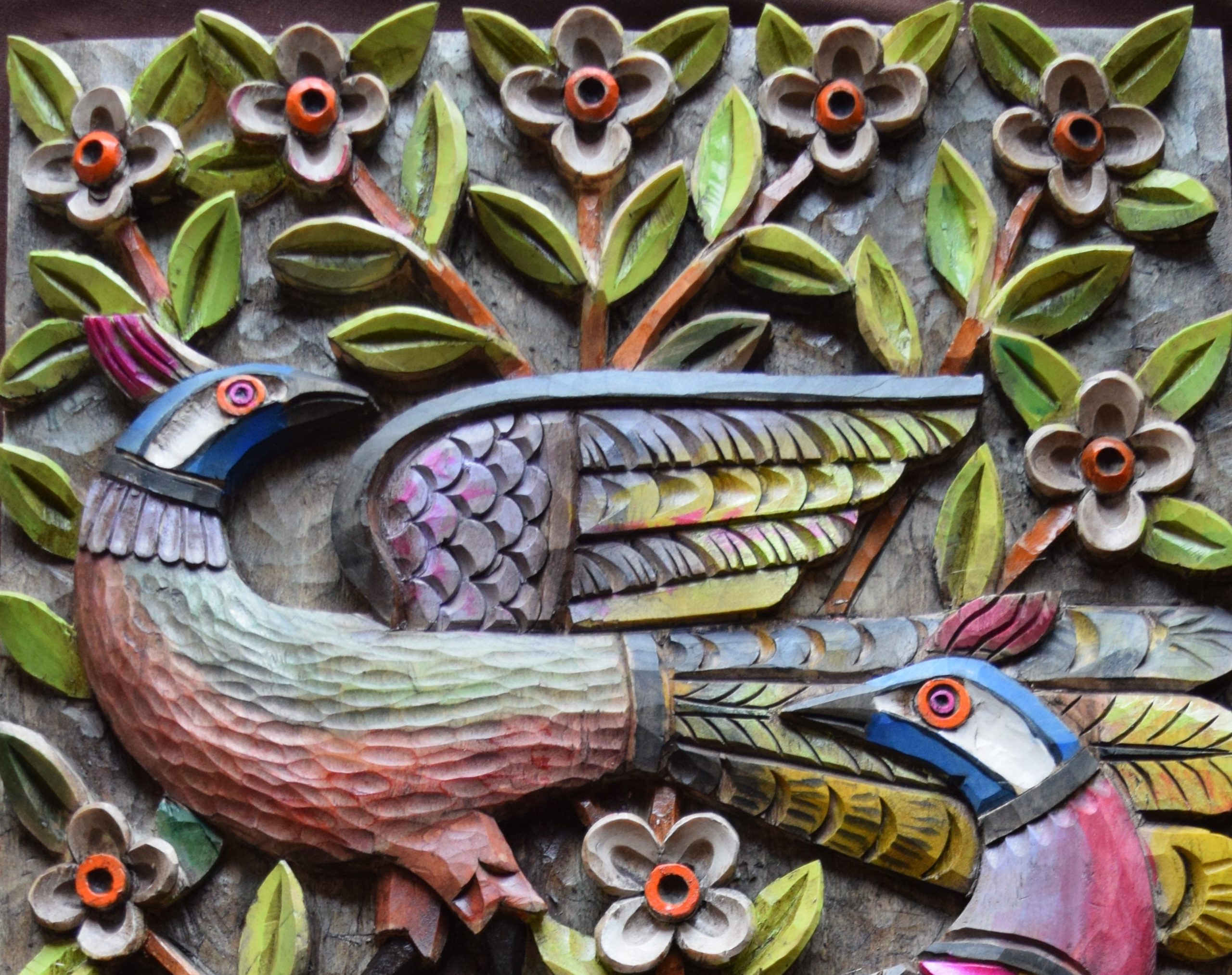 Dimitrov’s process begins with locally sourced, sustainable wood. After he decides on a design, the artist uses hand chisels and wood mallets to carve out desired motifs, many of them incorporating themes from the natural world. Due to political unrest in Bulgaria at the time of Dimitrov’s upbringing, he was unable to attend his homeland’s National Academy of Arts. Instead, he quite literally carved a path of his own. Dimitrov learned the story and tradition of the designs found in woodcarving in Bulgaria by studying books, apprenticing with local master artisans, and visiting museums of folklore and ethnography.

“I spent 54 years of my life living in Bulgaria, and making a living as an artist and craftsman,” Dimitrov says. “It’s an internal drive to create art, to be independent, to make something with my hands.” Dimitrov’s dozens of awards, including accolades both in North America and abroad, are a testament to his mastery of this highly specialized art form. Currently, Dimitrov teaches wood carving at the Santa Fe Community College, where he has shared his unique artistry for over a decade.