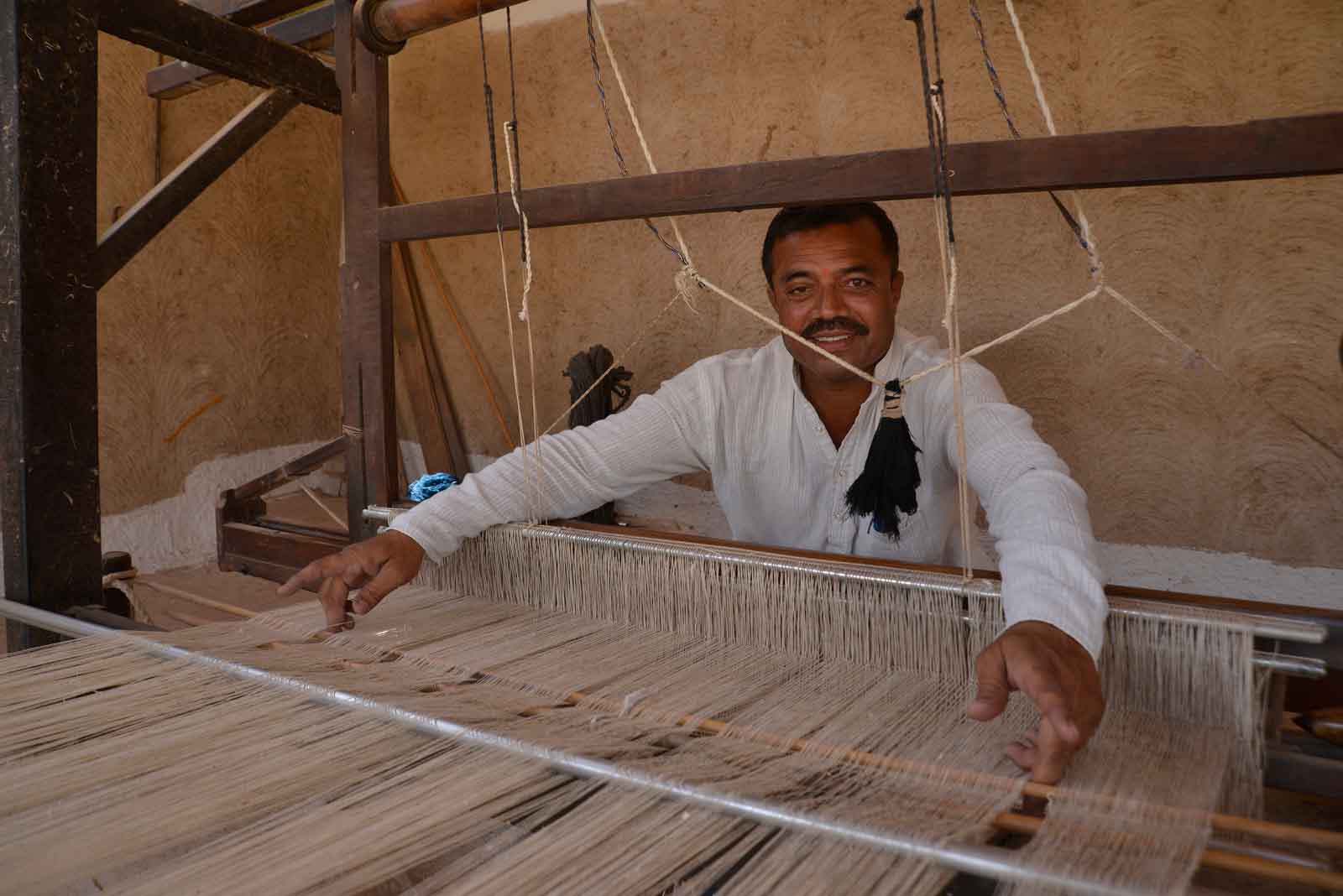 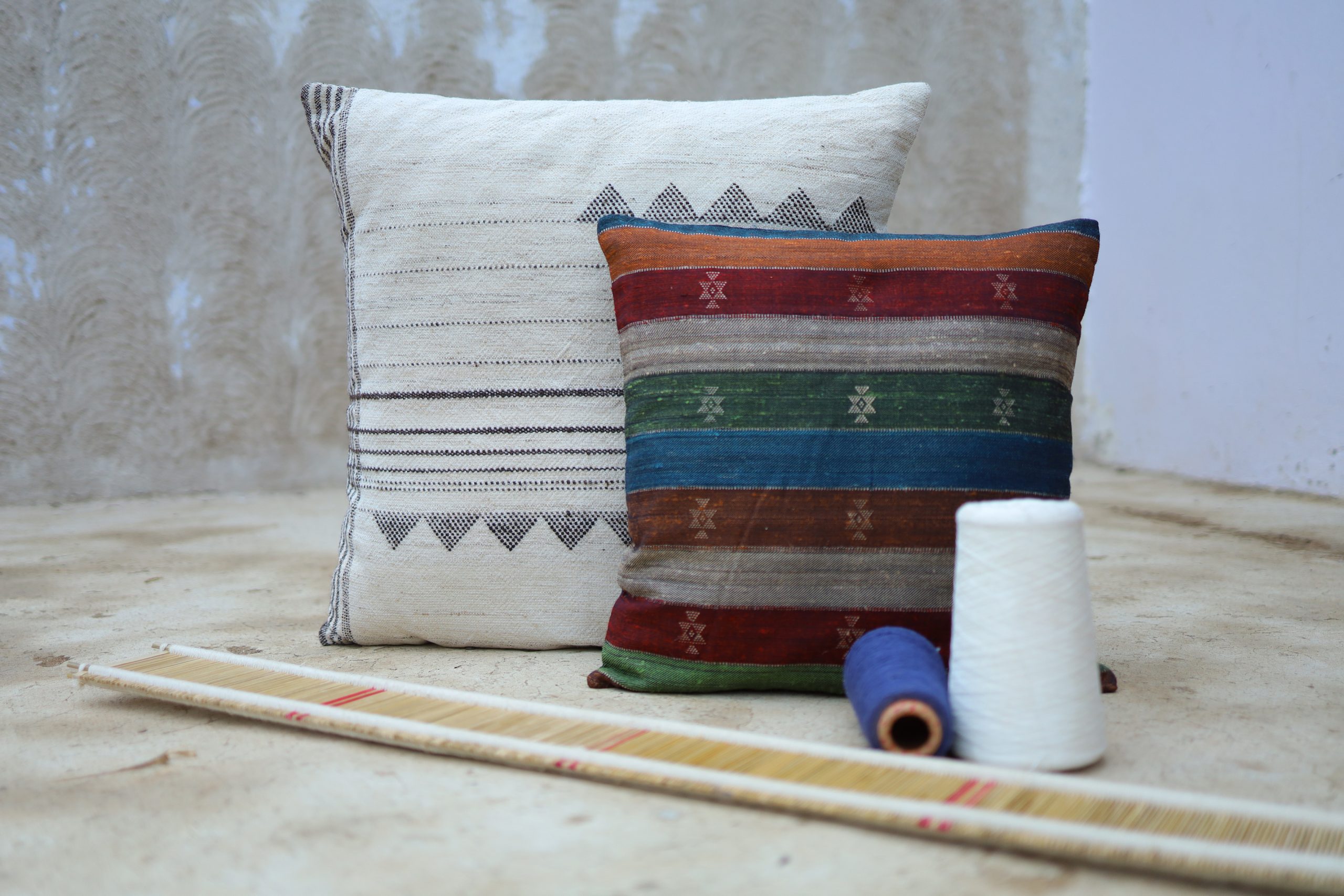 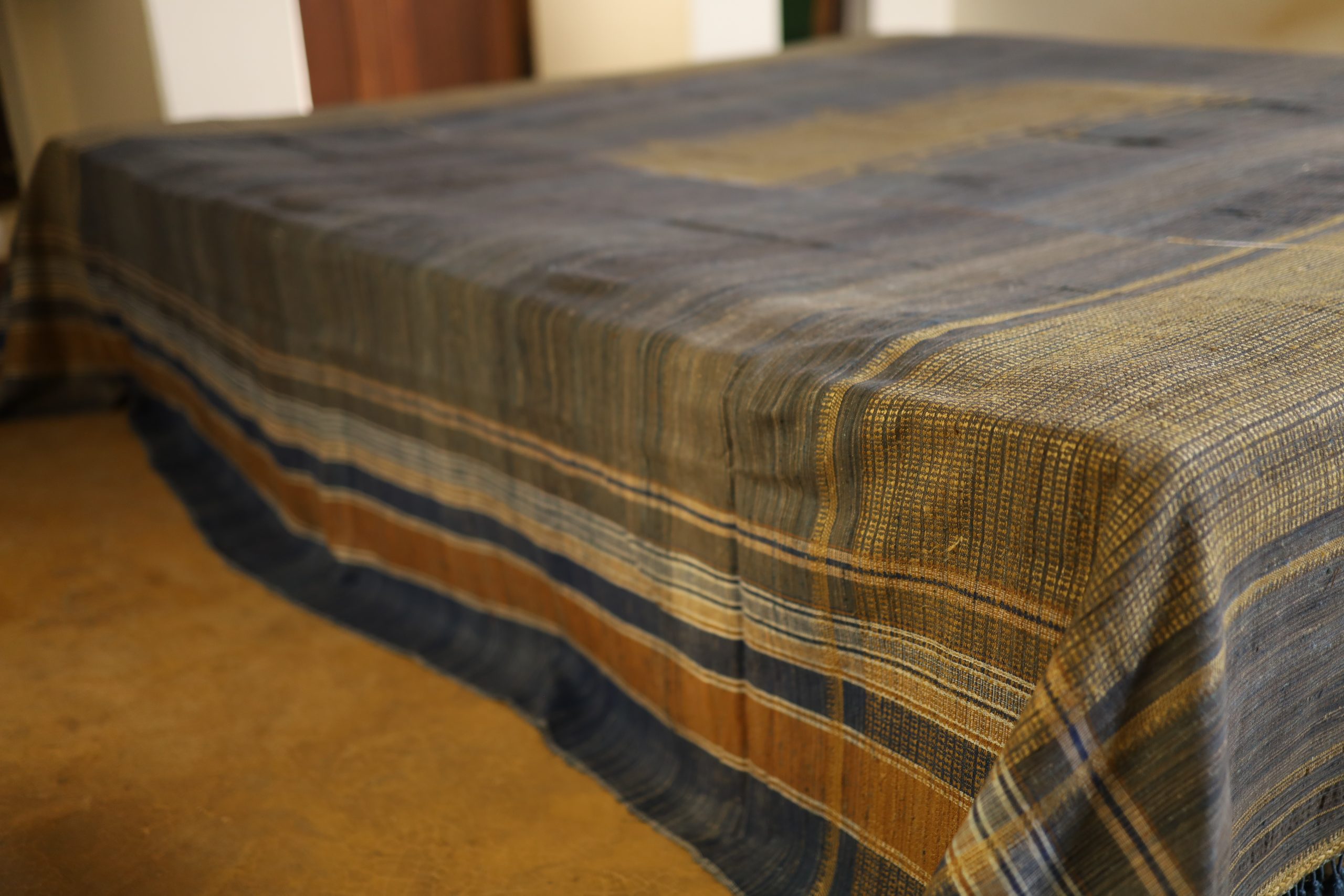 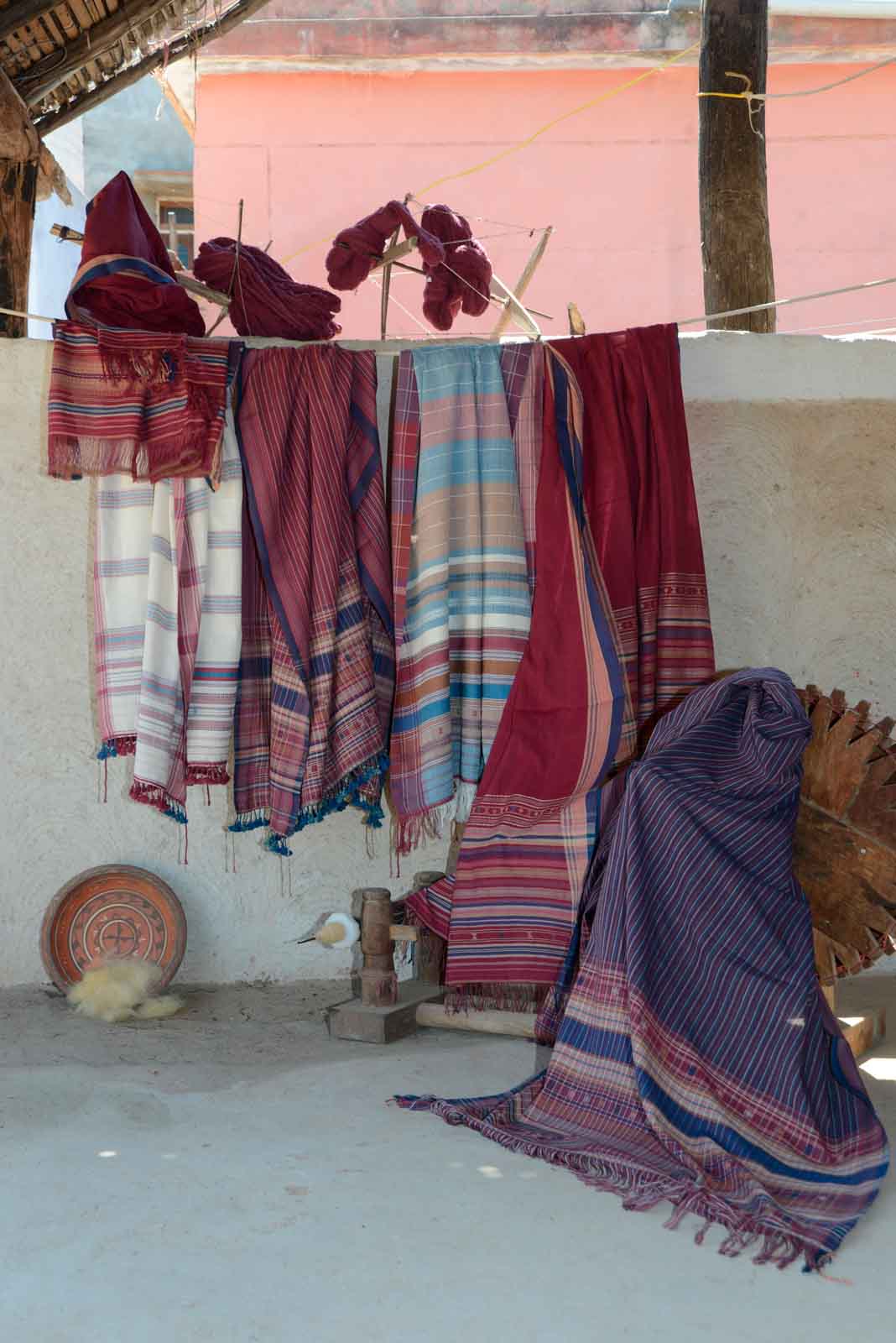 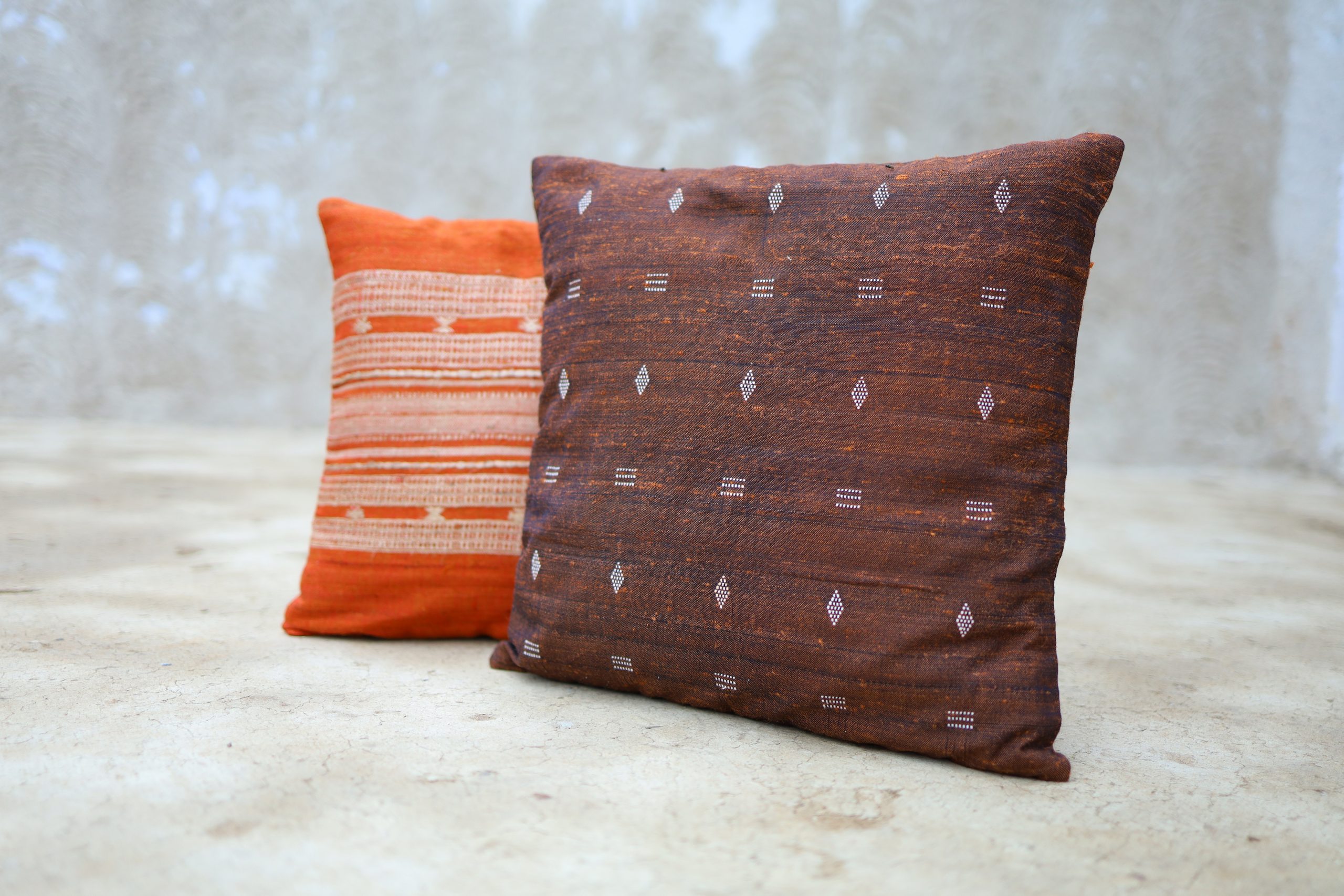 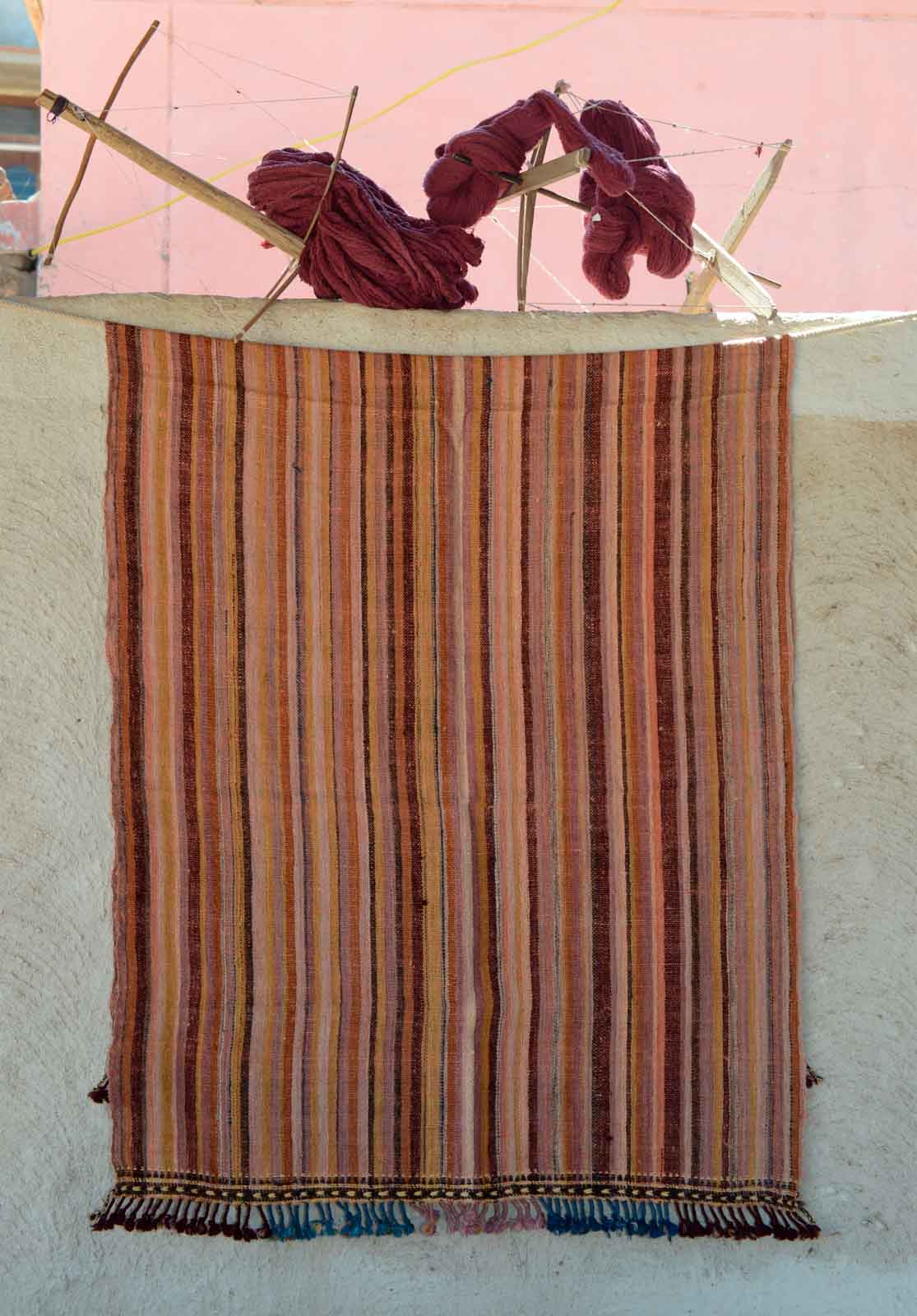 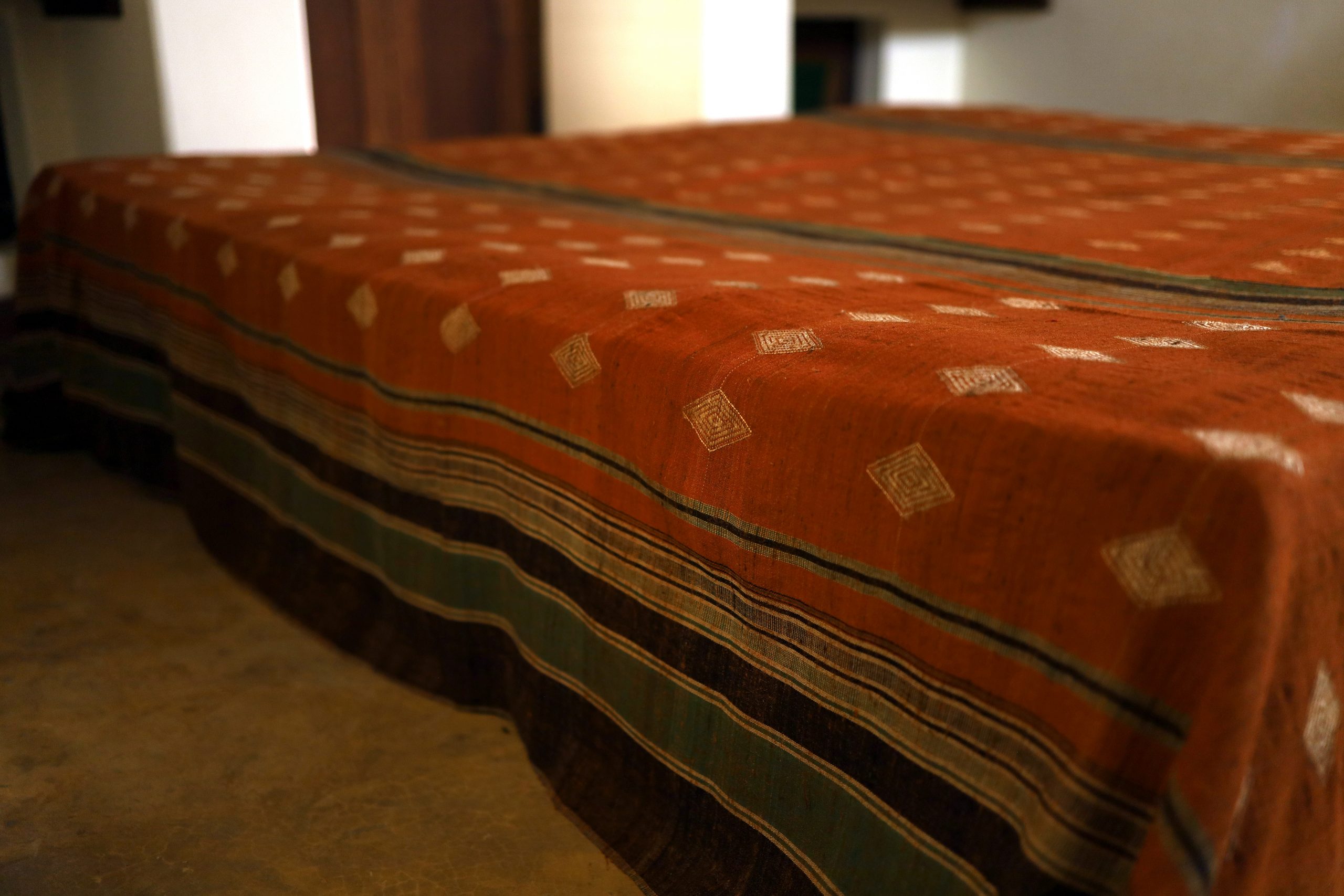 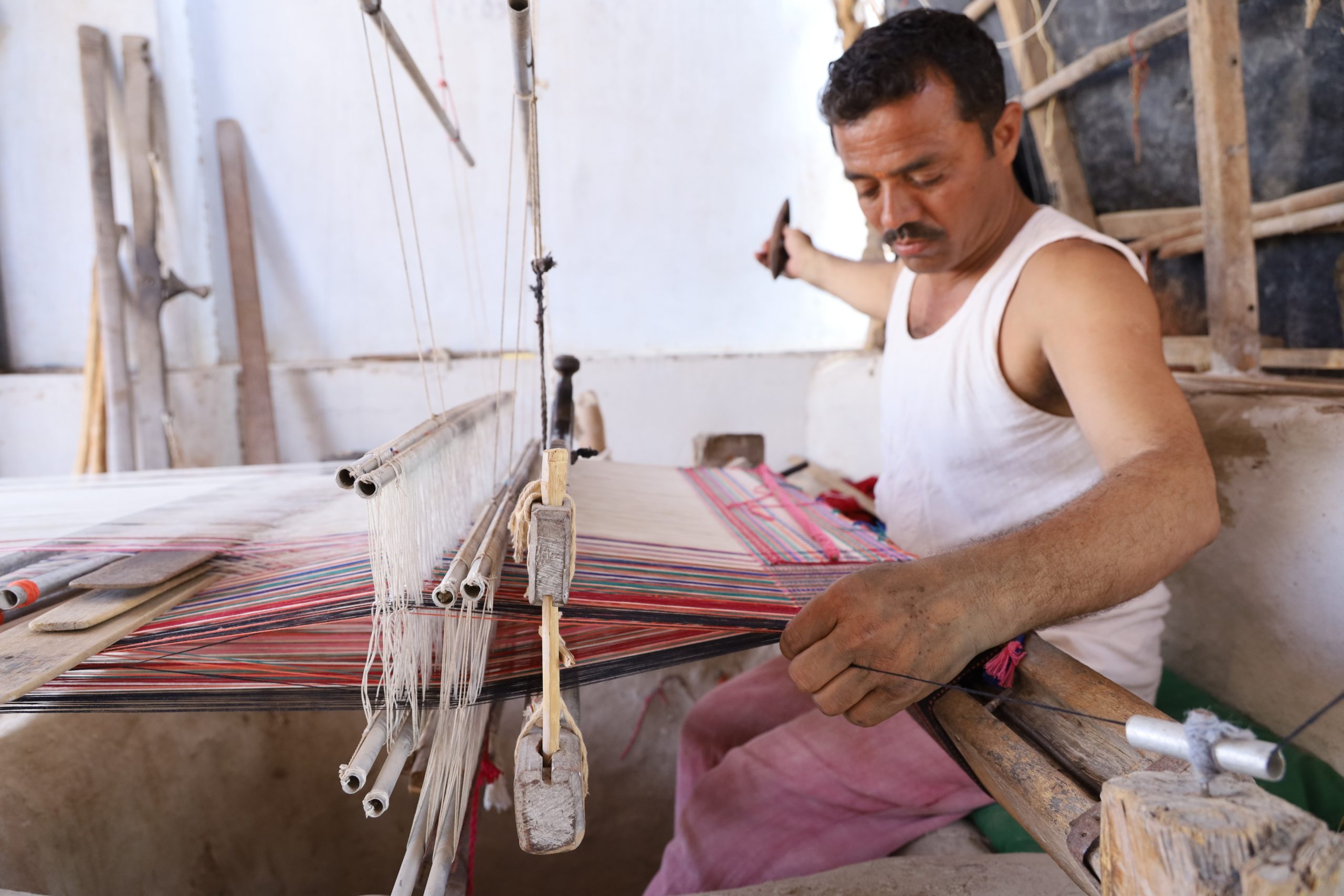 Artisan Siju Shamji Vishram was born into a veritable weaving dynasty. His hometown of Bhuj, India, is a hub for textile artisans, and in the middle of the twentieth century, his father began a weaving cooperative with the goal of preserving ancient techniques that were losing ground due to the effects of modernization. Today, Vishram is a master weaver who focuses on using traditional, centuries-old creative methods to create modern textiles.

Vishram, determined to uphold generations-worth of creative heritage, learned dying techniques from Rabari tribal women. Using local and merino wool, as well as indigenous cotton and several varieties of silk, Vishram and his team of family and community textile workers, based in the small-town artistic hub of Bhujodi, create a range of luxuriously soft, well-constructed items including pillow and bed covers in an array of cool and earthy hues.

This genre of weaving was introduced to Rajasthan by ancient Meghwal Marwada people centuries ago, and has been passed down from generation to generation of artisans. While the introduction of industrialized textile factories in the 1960s forced many traditional Kutch weavers to abandon their craft, ancestral hand-weaving techniques were continued by specialists devoted to preservation. Thanks to the dedication of artisans like Siju Shamji Vishram, Rajasthani textiles are still esteemed and treasured by regional and international audiences alike.