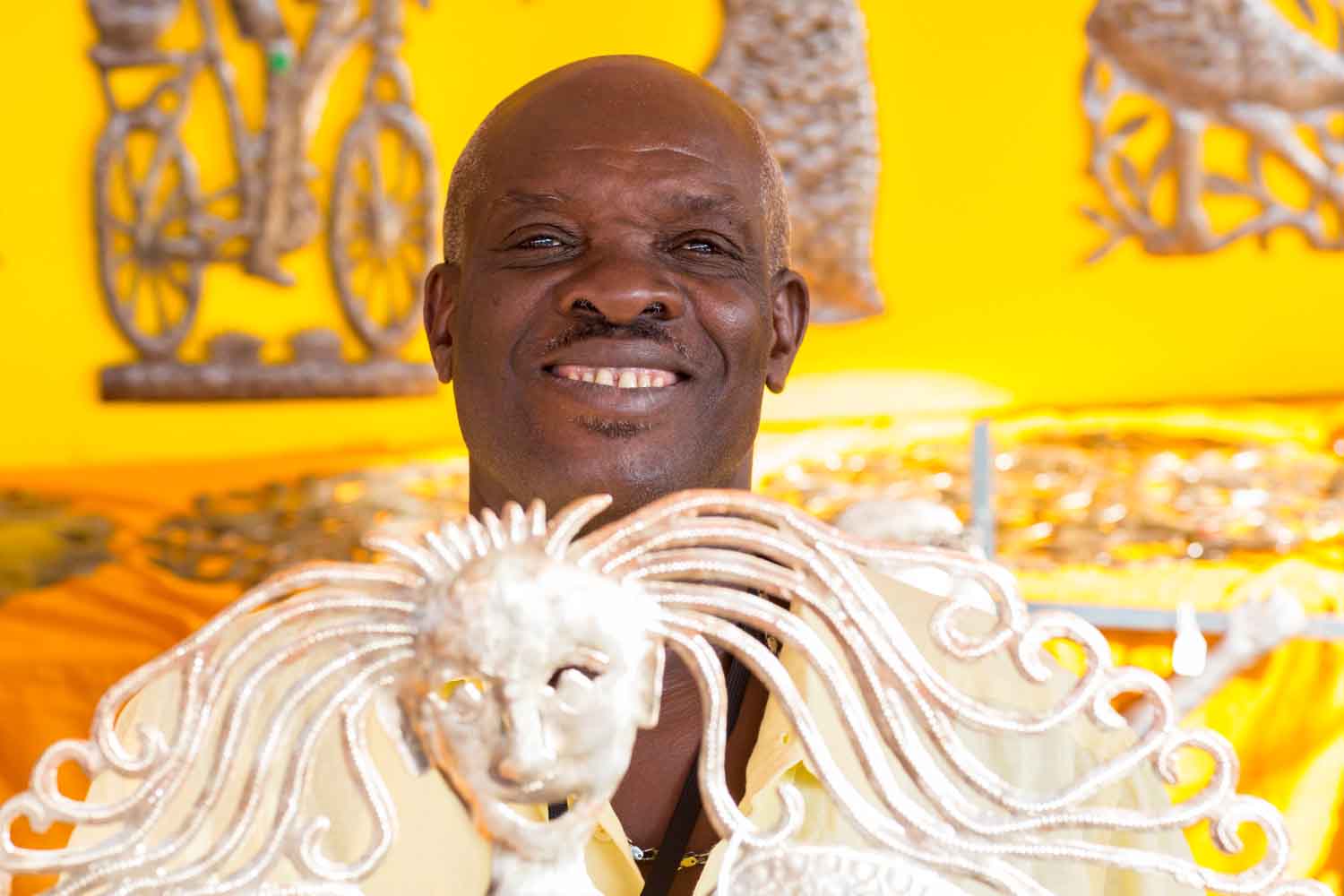 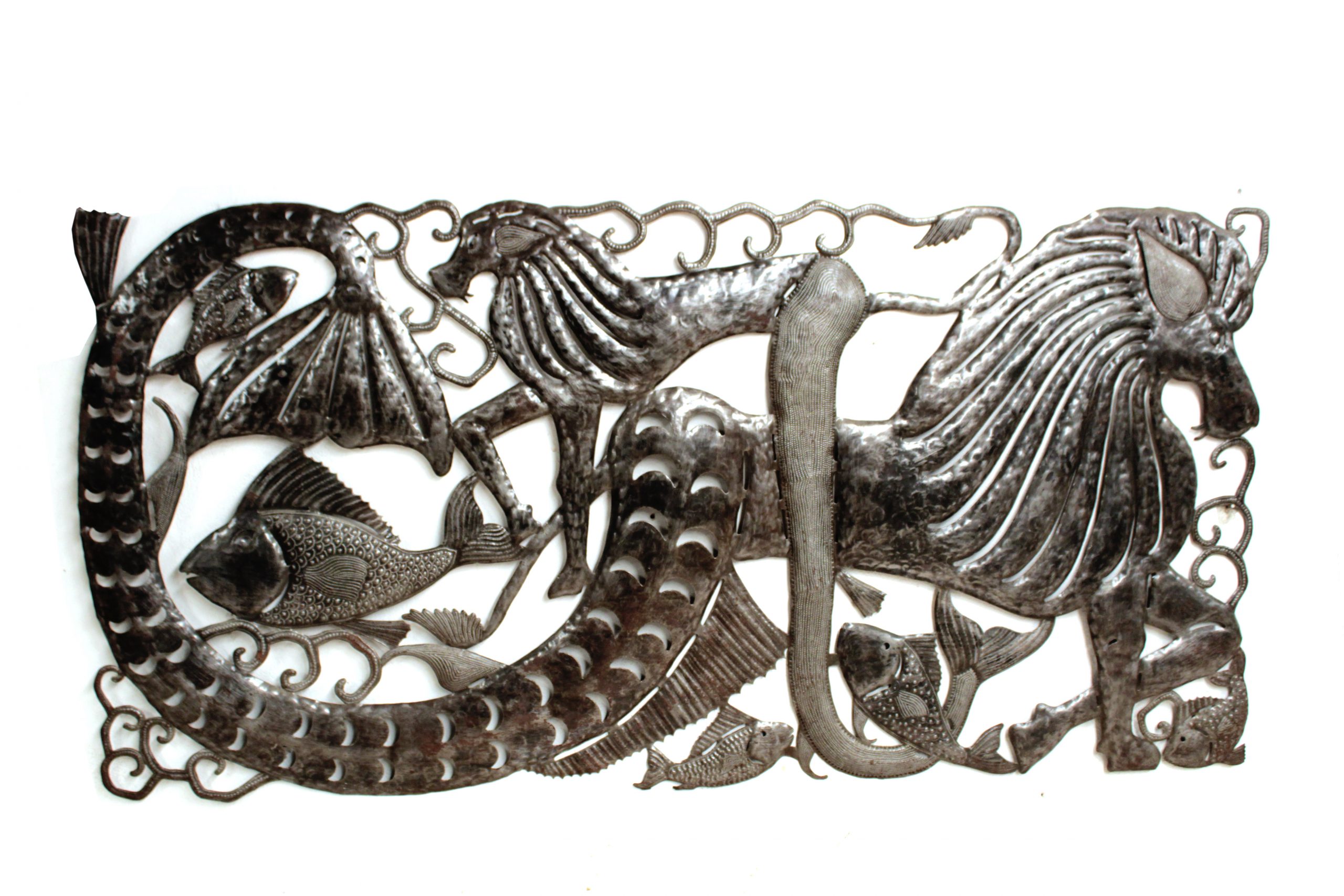 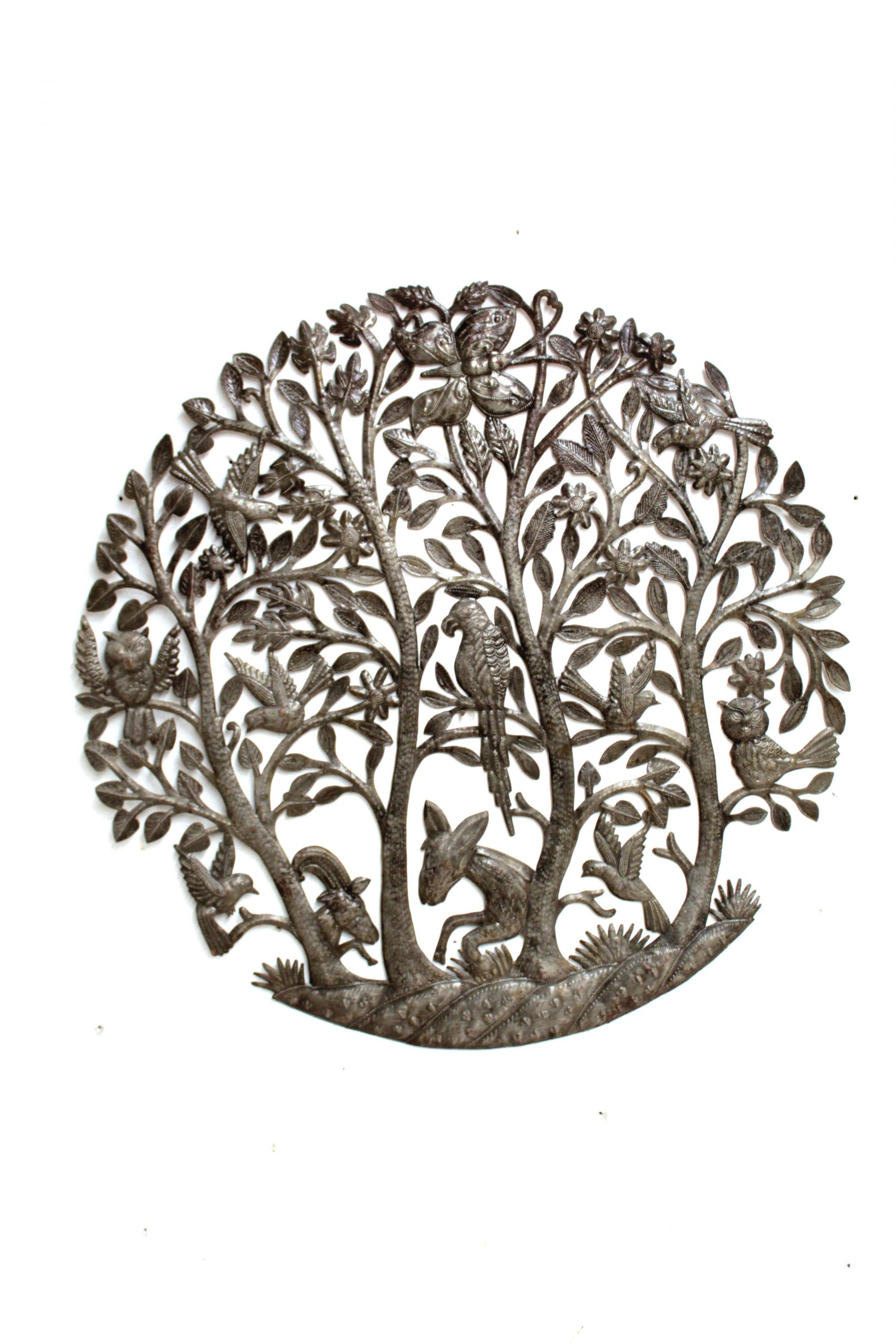 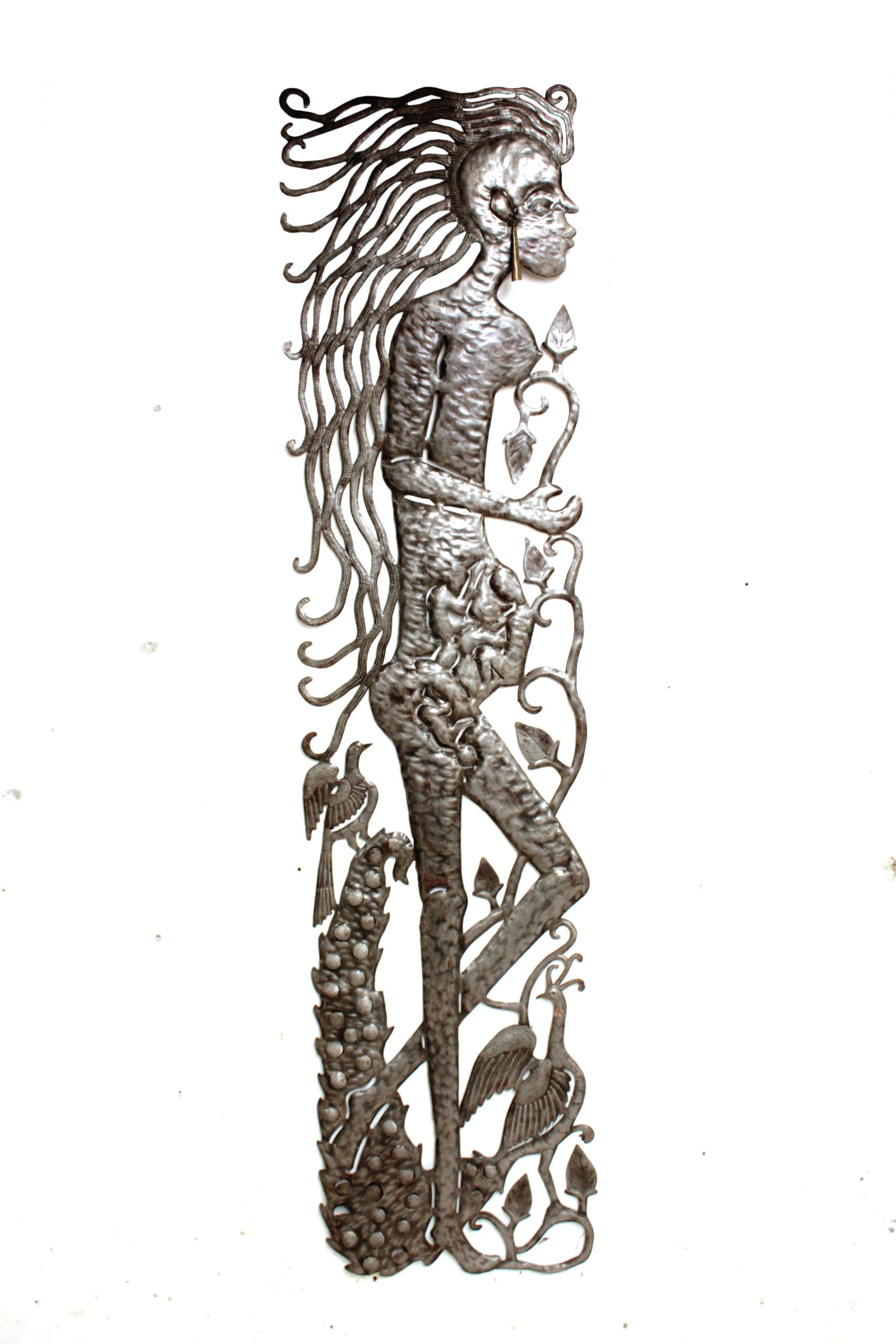 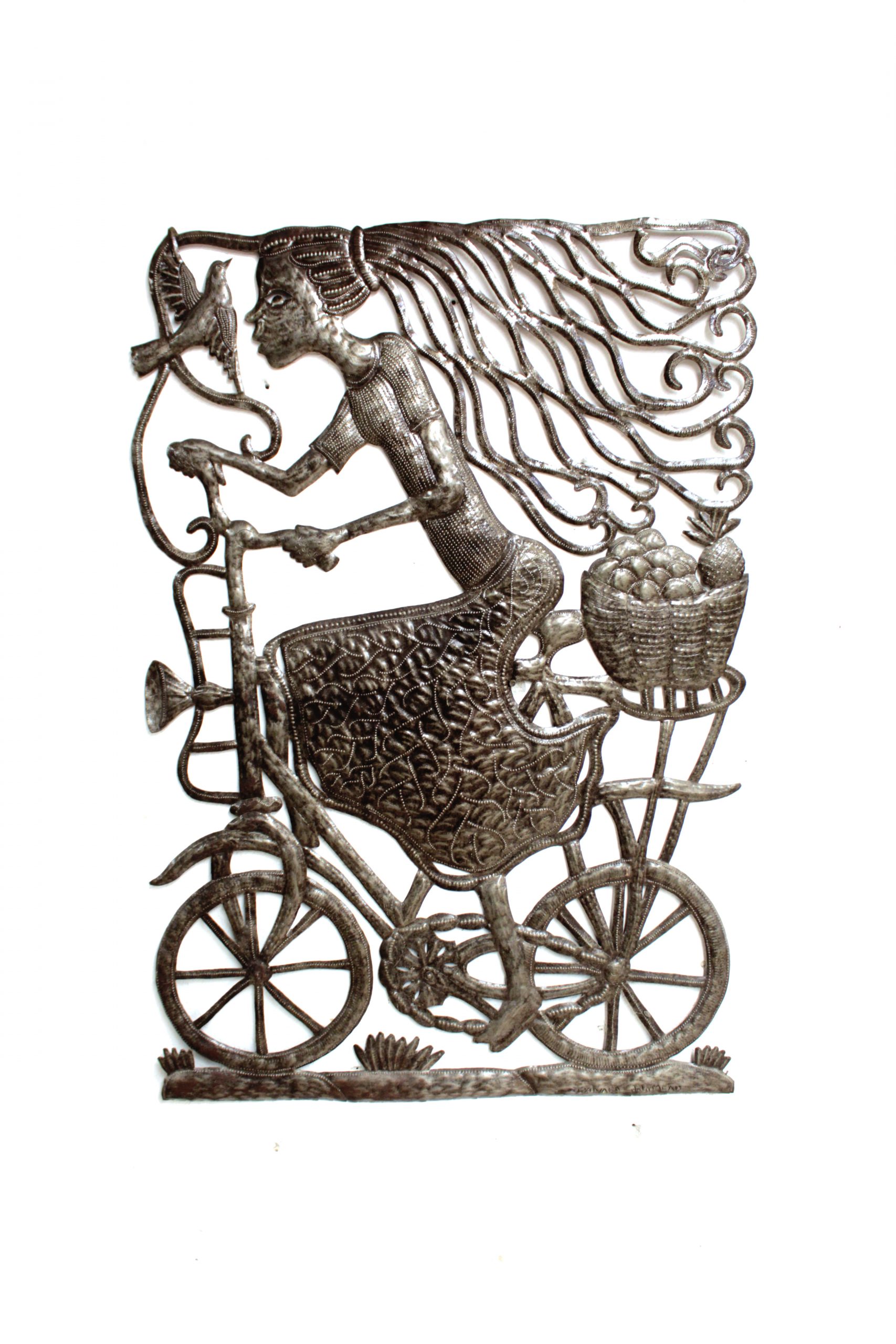 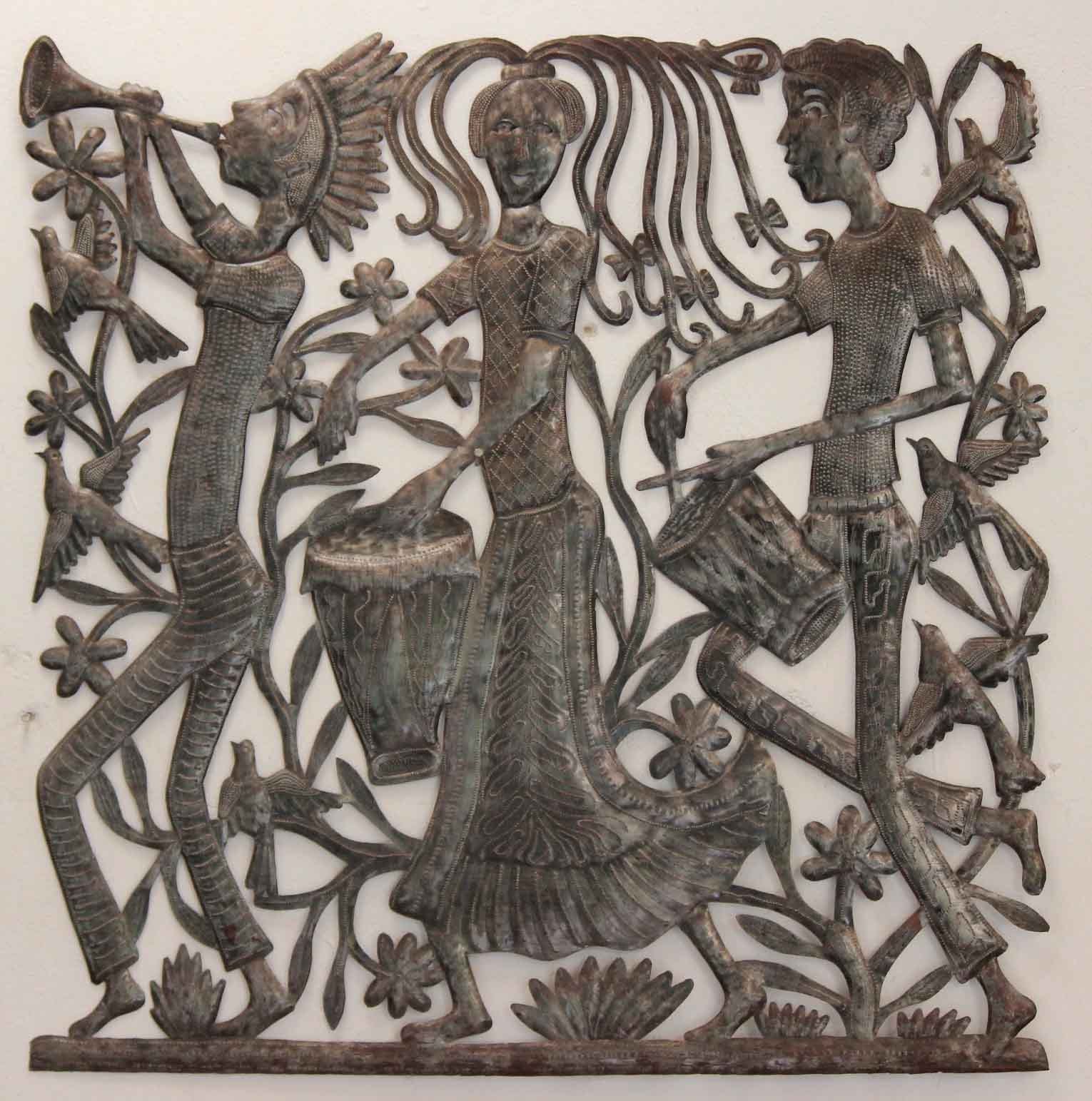 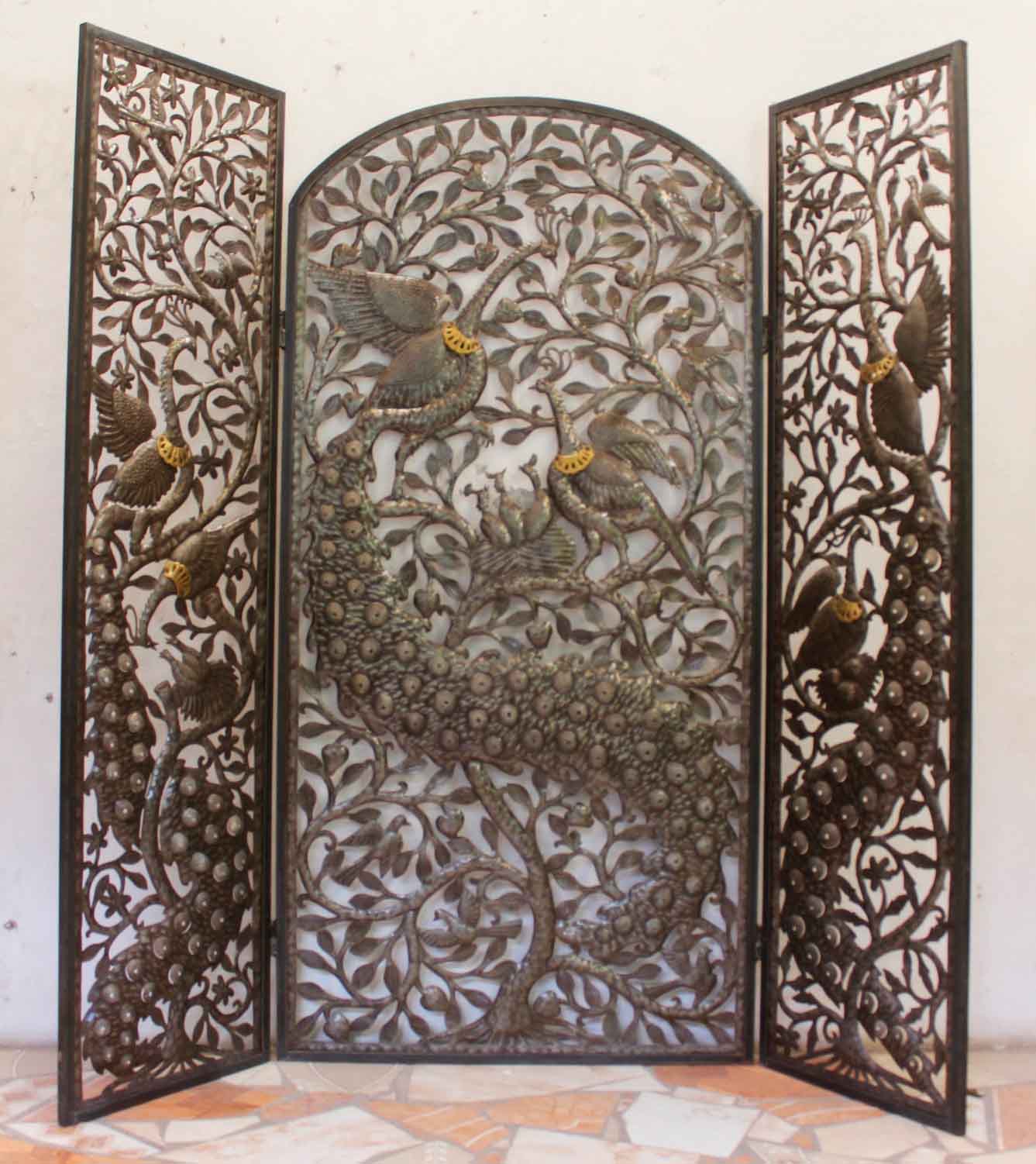 In the Croix-des-Bouquets Arrondissement near Port-au-Prince Haiti, metal, fire, and muscle come together to make lithe mermaids, mythic lovers, and radiant sunbursts. These cut-and-embossed sculptures, fashioned from recycled steel drums, depict Haitian nature and culture. Some of the imagery depicted in these works comes from Vodou traditions, which blend diasporic religious beliefs from West and Central Africa with those of Roman Catholicism. This artform has earned an important place in Haiti’s cultural milieu and is admired around the world.

Artists like Joseph Serge Jolimeau, who is known as the godfather of the metalwork movement in Haiti, have followed in the artistic footsteps of his friend, Georges Liautaud. Liautaud, who began by making custom metal crosses for cemeteries, was “discovered” by American watercolorist and art advocate, DeWitt Peters, in the 1950s. Impressed with his work, Peters encouraged Liautaud to experiment and expand his practice, which Liautaud did to great success, inspiring others to take up the trade. His artistic style and techniques spread throughout Croix-des-Bouquets and beyond.

Serge has developed his own sinuous, curving style of steel drum art. The surfaces of his metalwork come alive with a broad vocabulary of marks and textures, enhanced by the addition of gold and copper paint. Serge takes great delight in sharing his work and the work of up-and-coming artists in a small gallery on his property in the village of Noailles. He works with and trains apprentices in the creation of steel-drum art, like many master metalsmiths have done before him, ensuring the perpetuation of this distinctly-Haitian artform in the future.