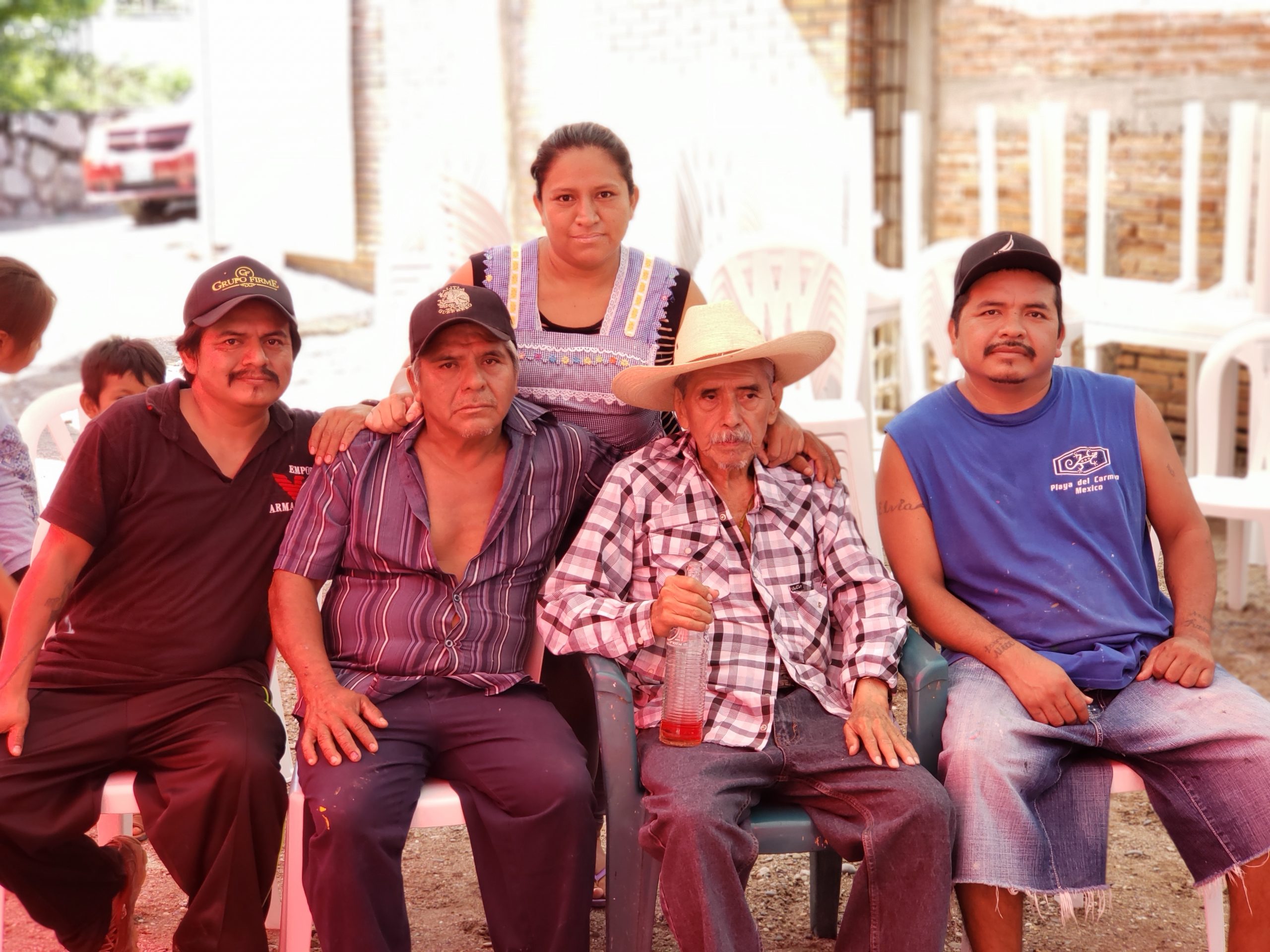 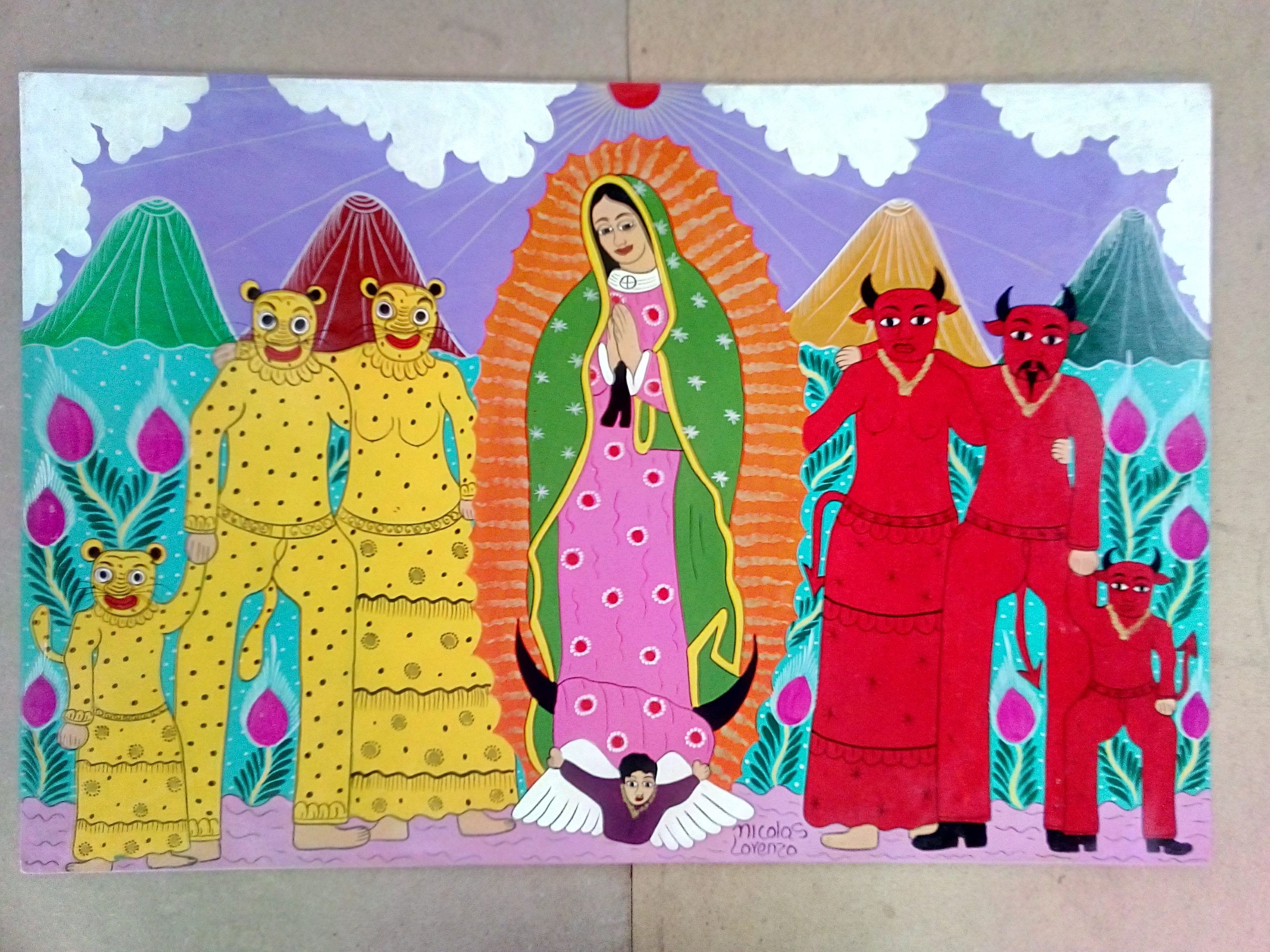 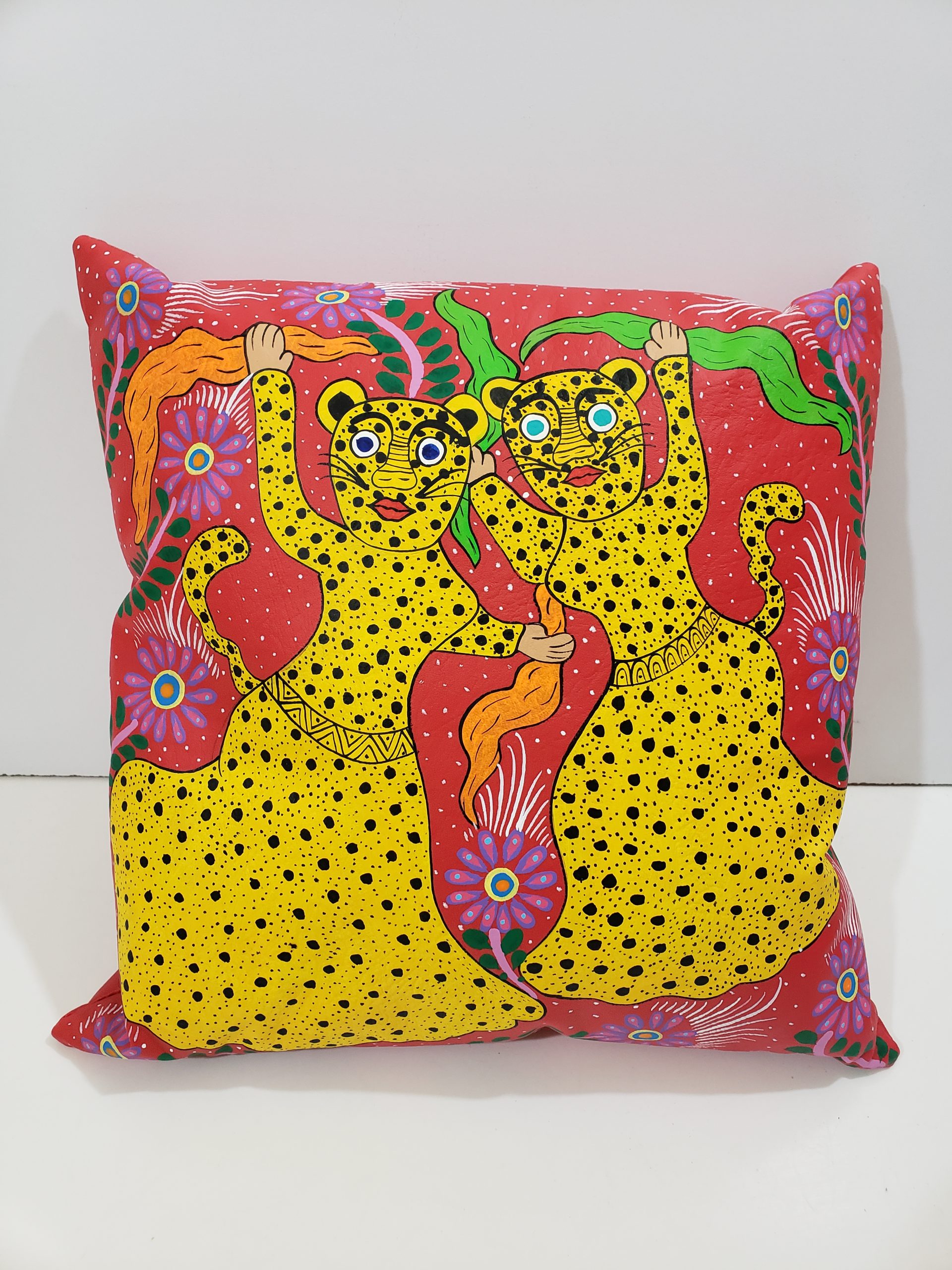 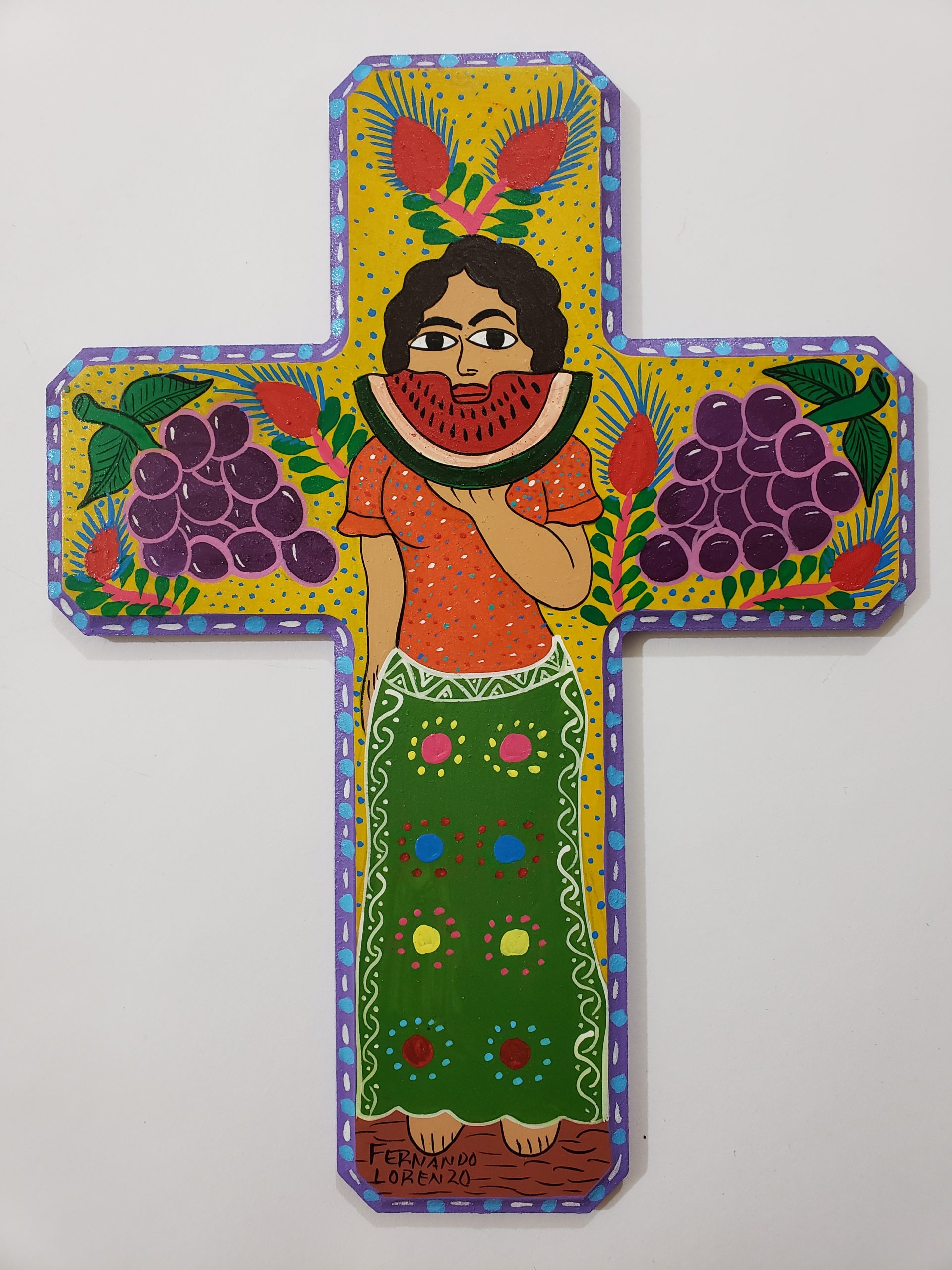 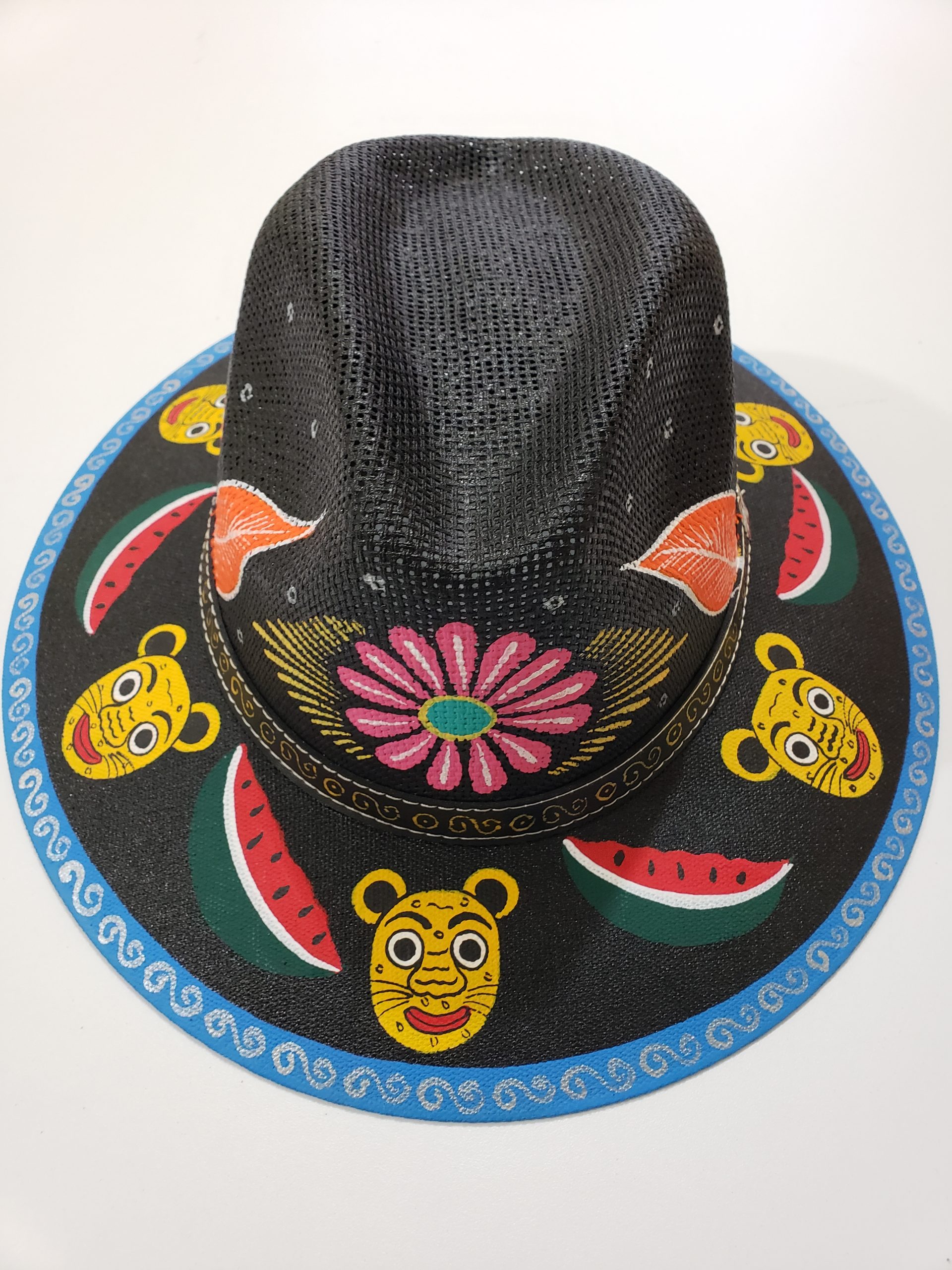 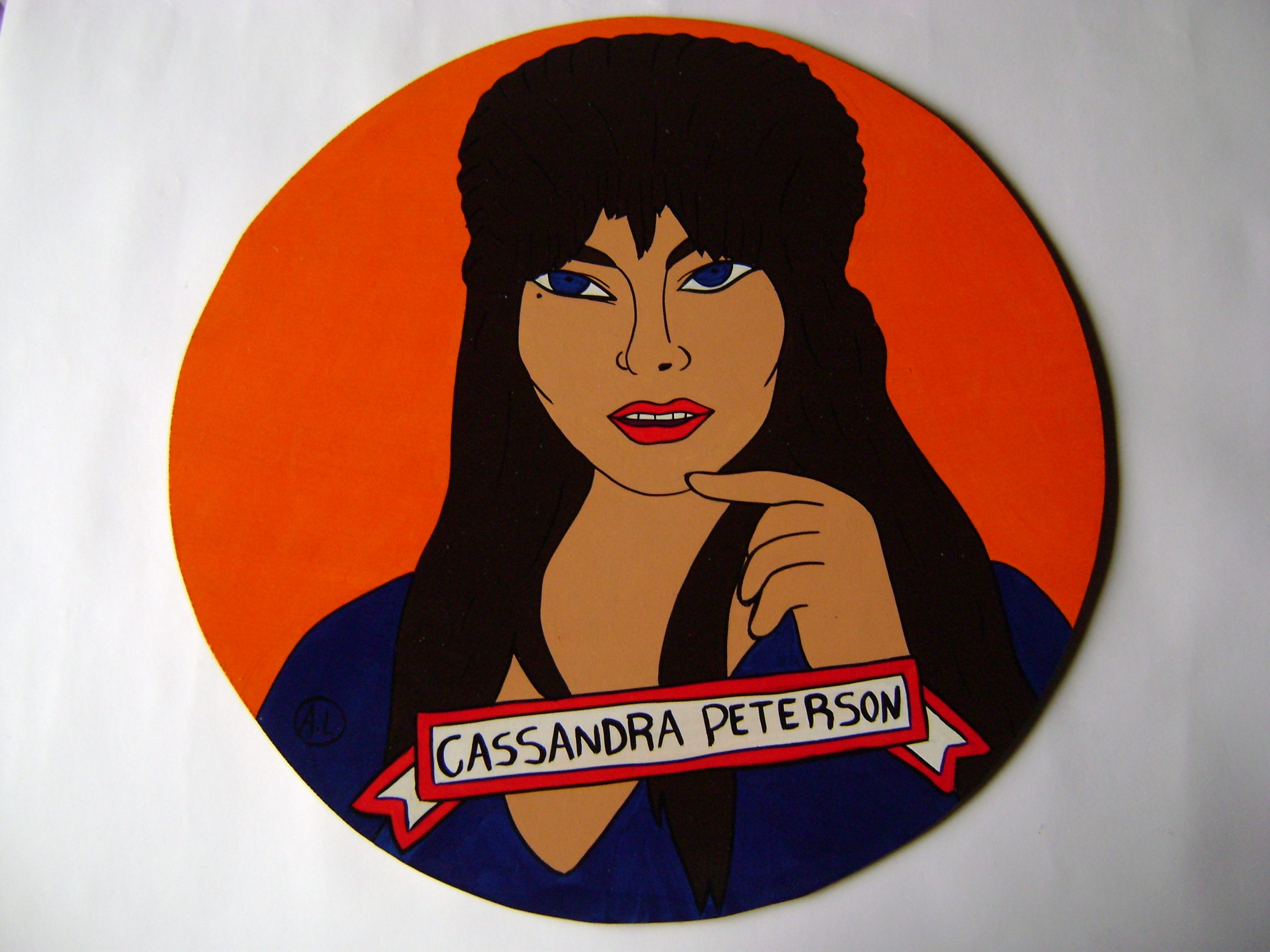 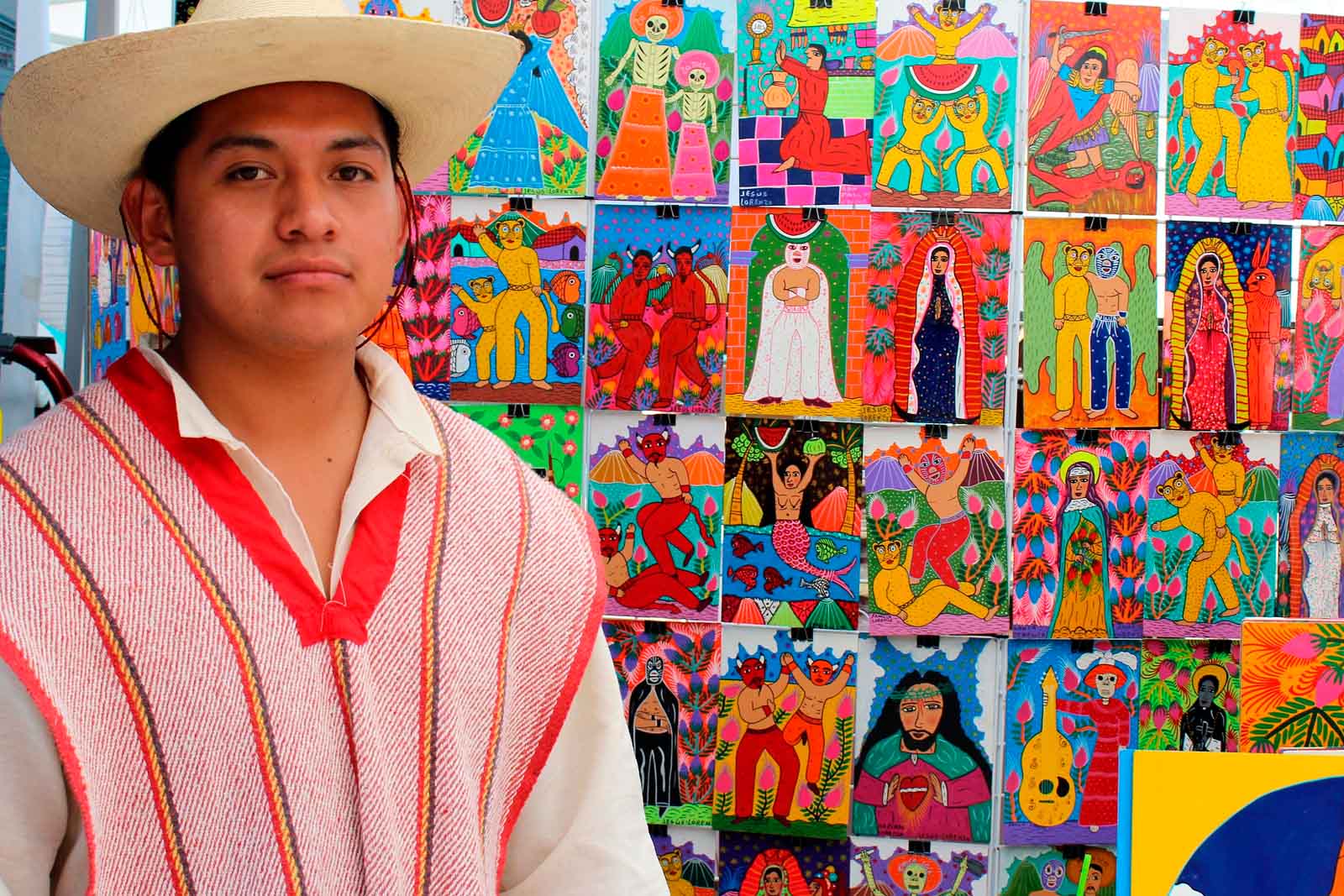 The Lorenzo family of Guerrero, Mexico is unique among Mexican retablo-makers. Not only does the multi-generational group of artisans work together, the group of painters also creates distinctive scenes which capture both timelessly beloved Mexican imagery as well as contemporary and often playful takes on traditional retablo paintings. The group’s kaleidoscopic palette informs a range of tableaux, from the serene, like a row of colorful houses near a fish-filled river; to the whimsical such as a depiction of la Virgin de Guadalupe posed beside a Mexican luchador or wrestler.

Today, the Lorenzo family, whose members belong to Guerrero’s Nahuatl tribal group, use fine-tuned artistic techniques to bring to life a range of subjects full of wit and beauty. It all began over 50 years ago, when family patriarch Lucas began painting on Masonite board instead of the traditional amate bark utilized by his peers, which spanned generations of retableros before him.

Figures of saints, devils, angels, animals, and religious scenes populated Lucas’s paintings. These are subjects which influence his son and grandson, who today reference modern pop culture, introducing playful figures like jaguar pole dancers and Frida Kahlo-esque angels. Abstract influences abound too. Some painted backgrounds have evolved from mountain pastoral scenes into bright concentric dots against austere black backgrounds. The Lorenzo family has operated a booth at the San Ángel Bazaar Sábado market in Mexico City for many years, and has even published a book about their astonishing artistic traditions.