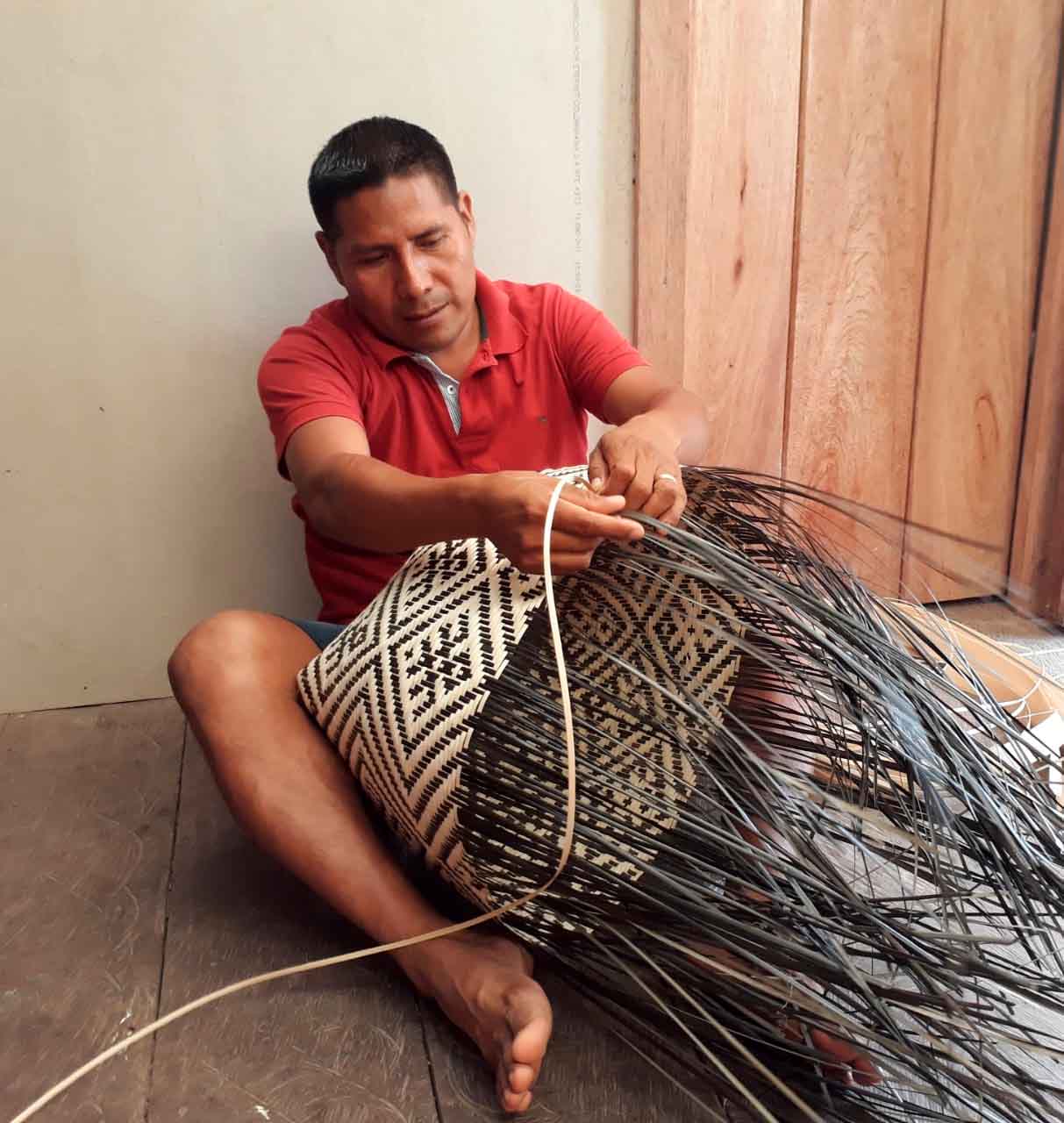 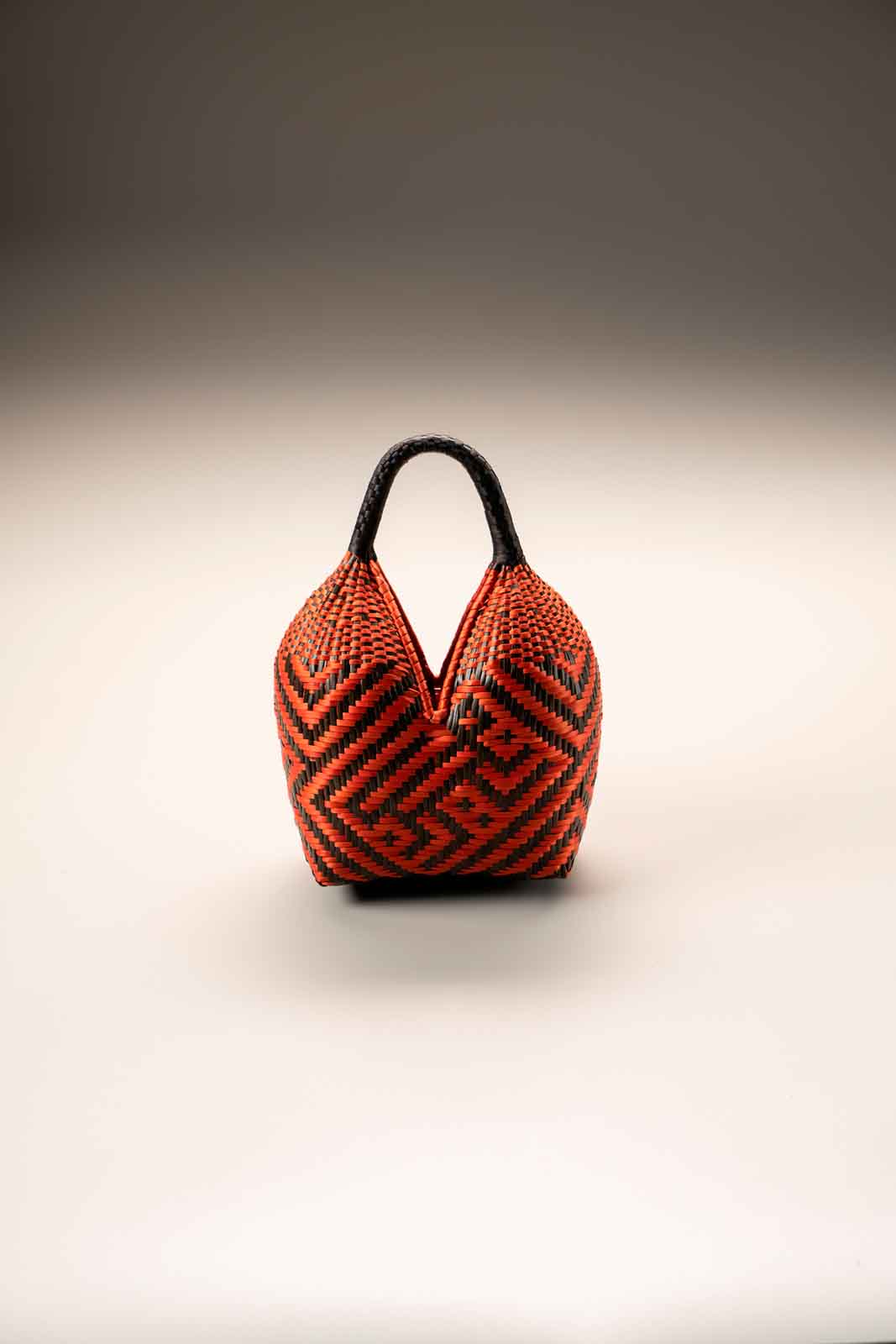 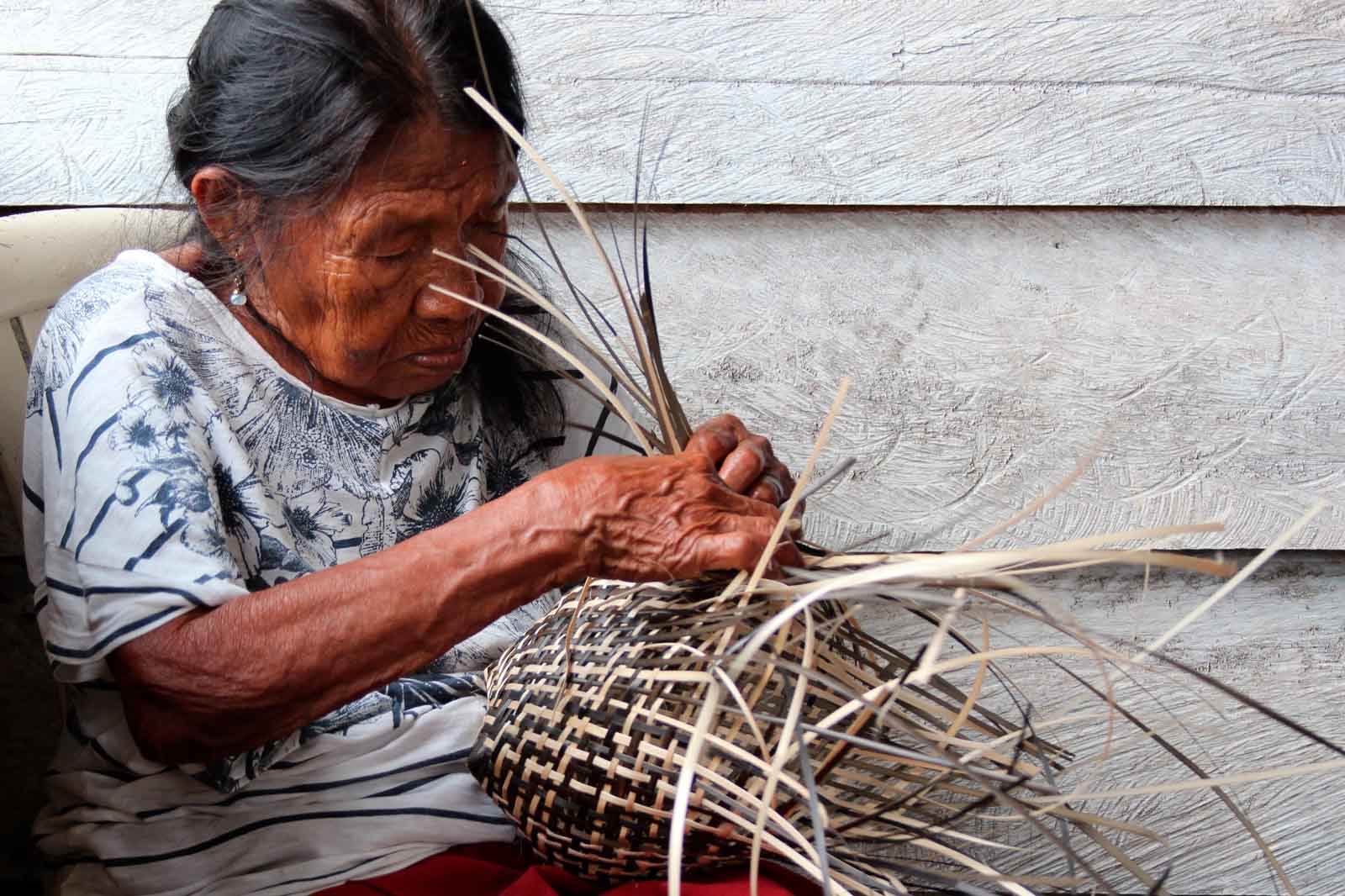 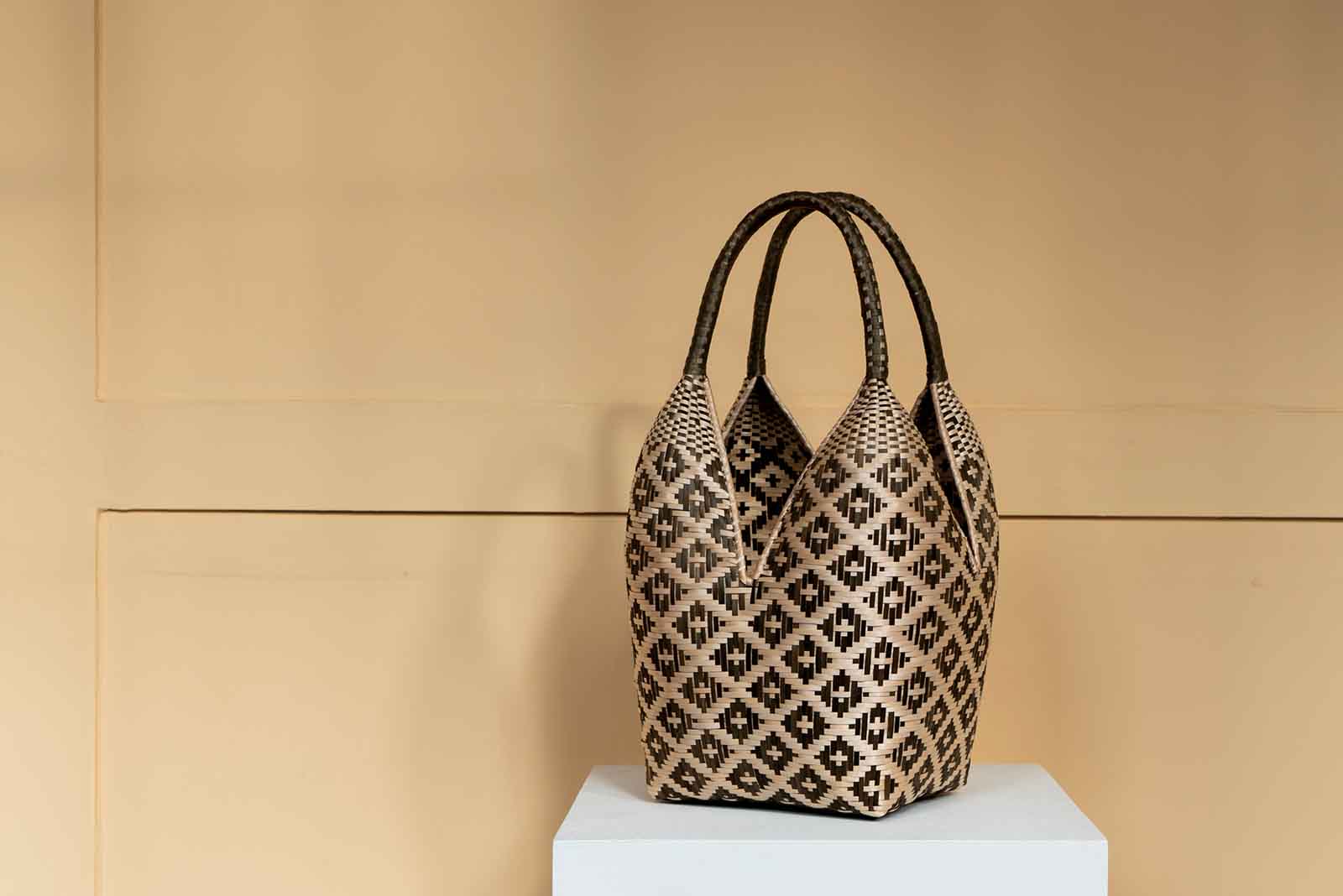 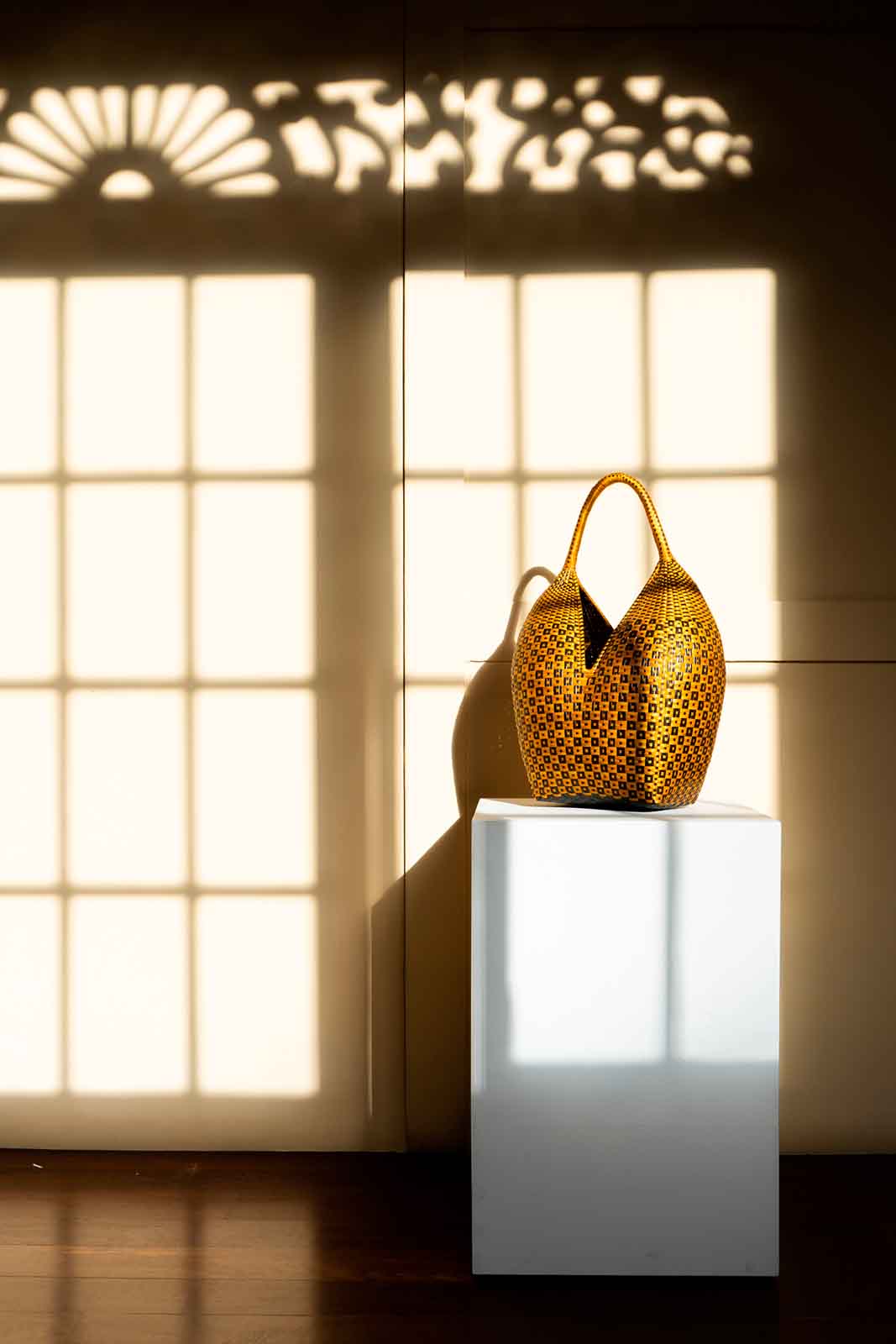 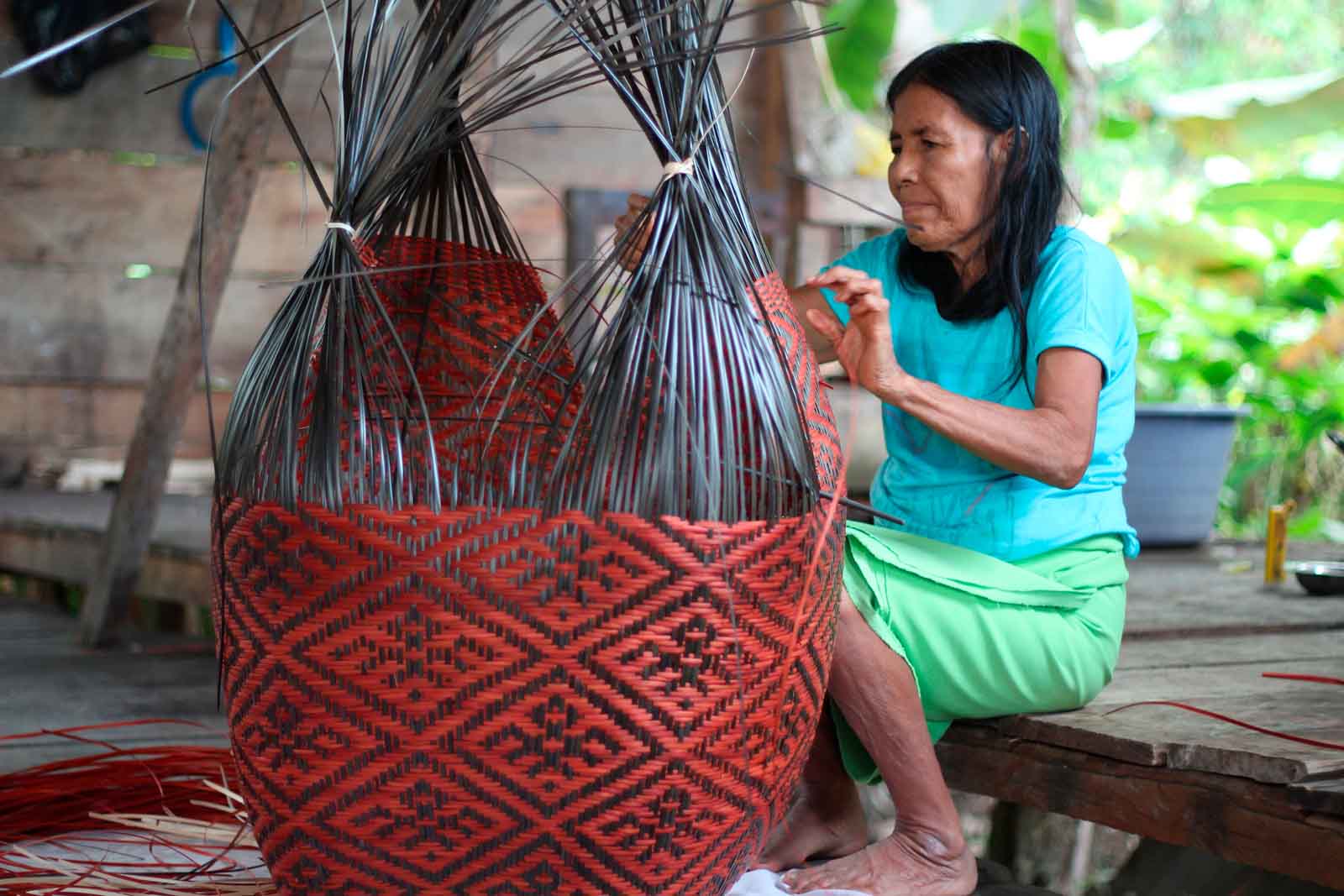 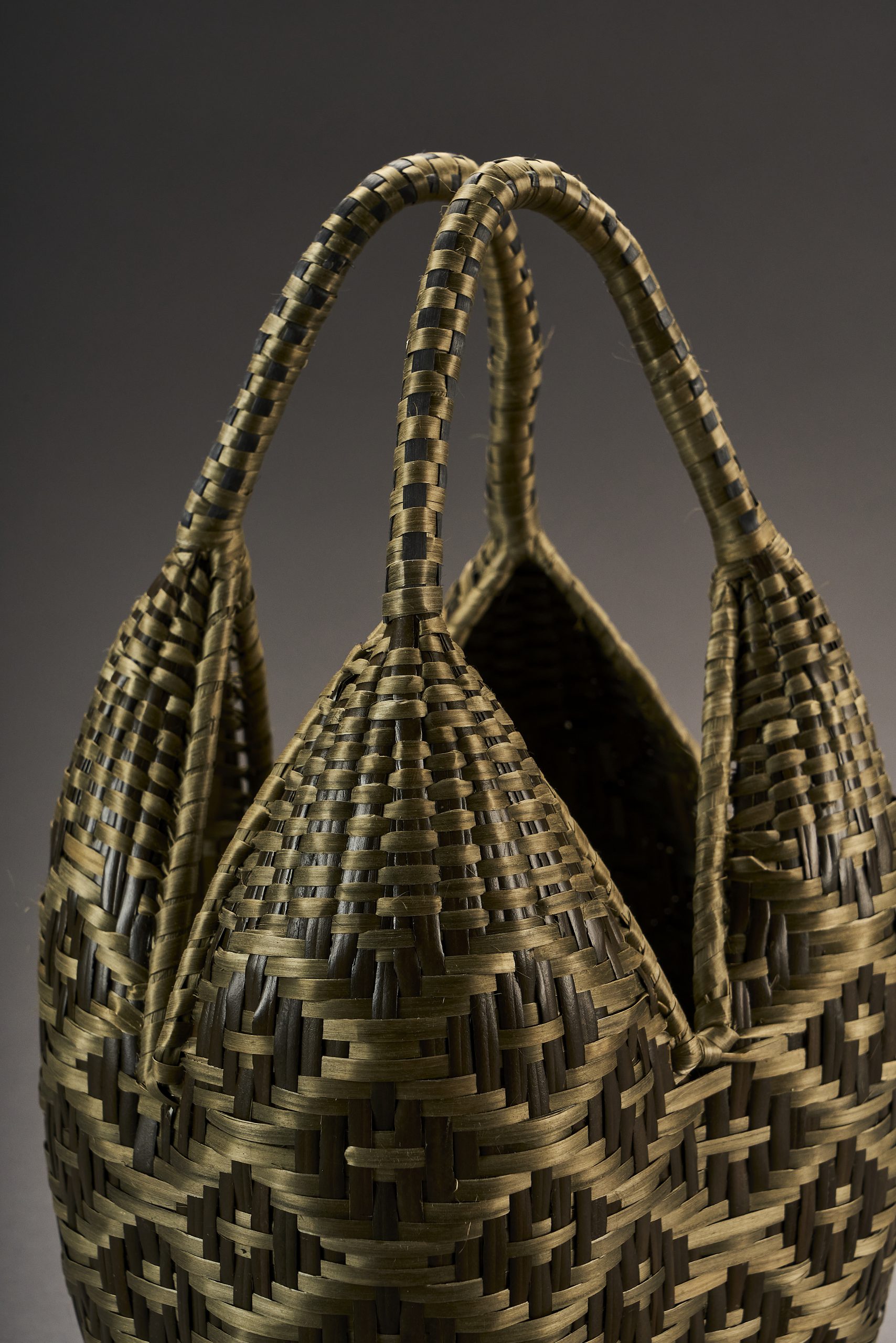 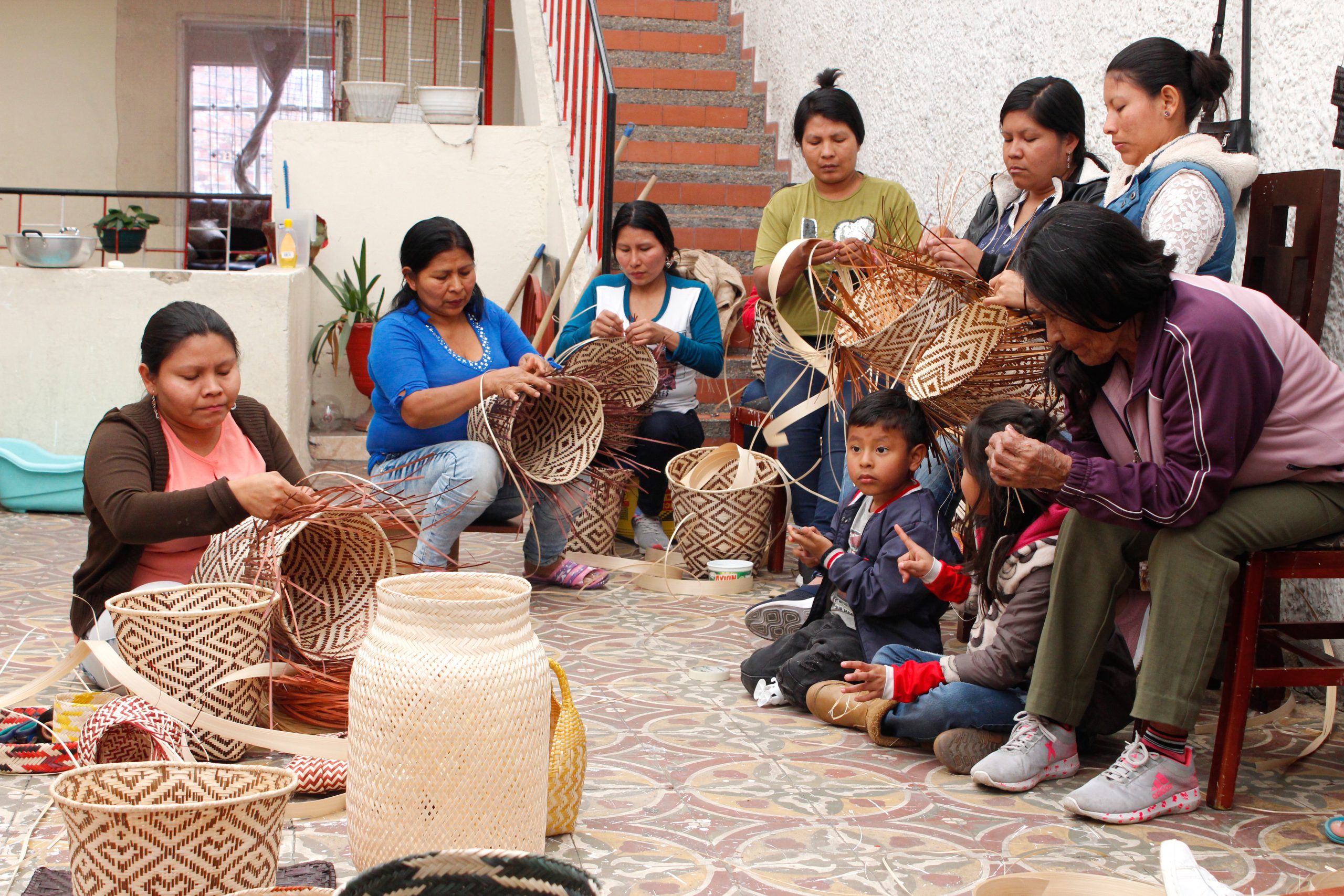 According to the traditions of the Eperara Siapidaara ethnic group, mothers began teaching their daughters the art of weaving at five years old. They performed a ritual honoring spiders–nature’s greatest weavers–and the children were trained by making small baskets, crossing and uncrossing fibers until their skill improved. Once ready, the children were taken to the river to perform a moon ritual in which the moon was asked to impart its wisdom to the children, and to make them better weavers.

The master weavers of the Eperara Siapidaara community utilize chocolatillo and tetera stalks to create the fibers used for their freight and four-breasted baskets, coloring them with natural dyes derived from achiote, puchicama, and other plants. Design elements inspired by the natural world are incorporated into the weaving, including representations of the local landscape, its flora and fauna, and characters from indigenous mythologies. While women have been the sole weavers in previous generations, men join in the groups’ modern practices to support their communities in difficult times.

Ferney Mejia represents Asoglodi (Gloria de Dios Association) and Mités groups of the Eperara Siapidaara indigenous people, who were separated by circumstance. The groups formed when political and social unrest on the Guangüi Indigenous Reservation forced people to migrate from their ancestral homes and take refuge in other parts of Colombia. Asoglodi formed from migrants that settled in the small community of Guapi while Mités formed in the capital city of Bogotá. Despite their geographic separation, both groups have used their knowledge of ancestral craft to create new and prospering communities.