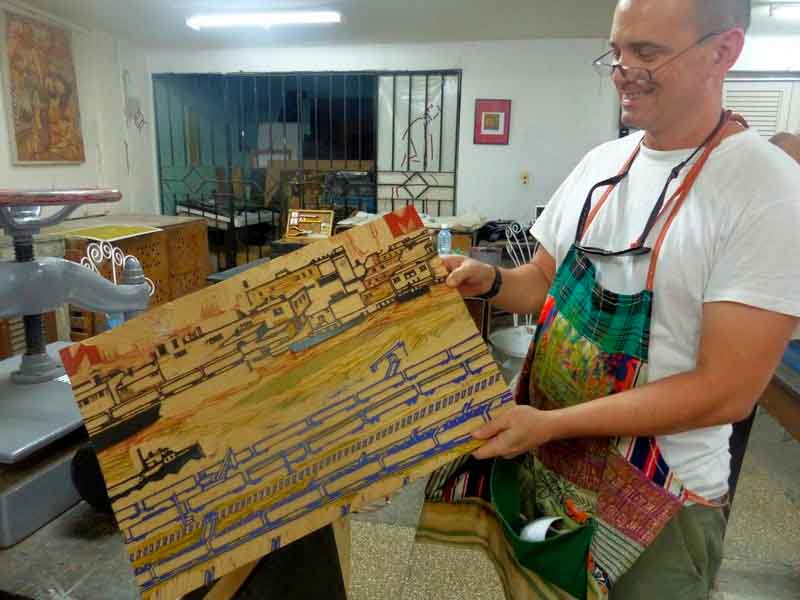 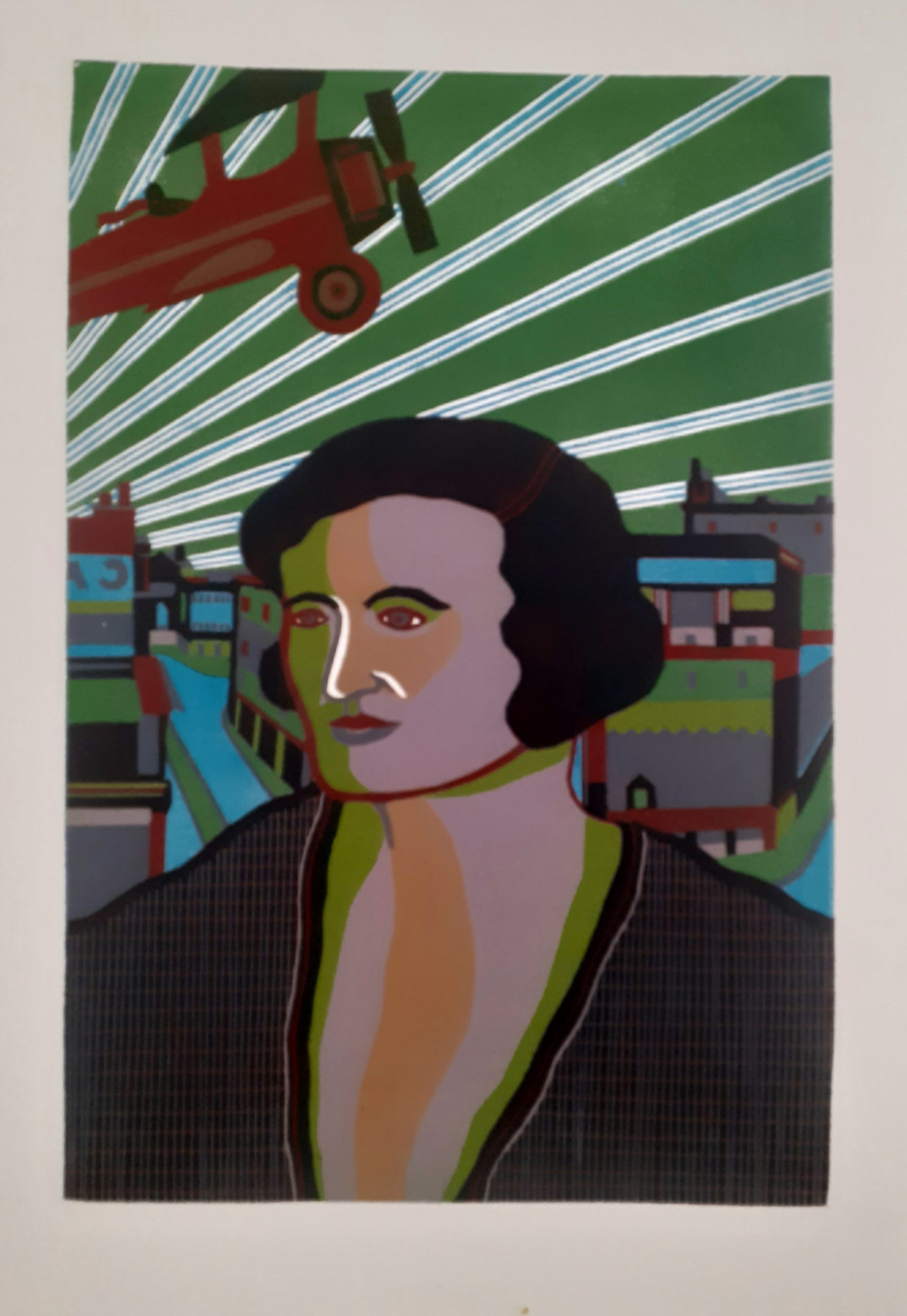 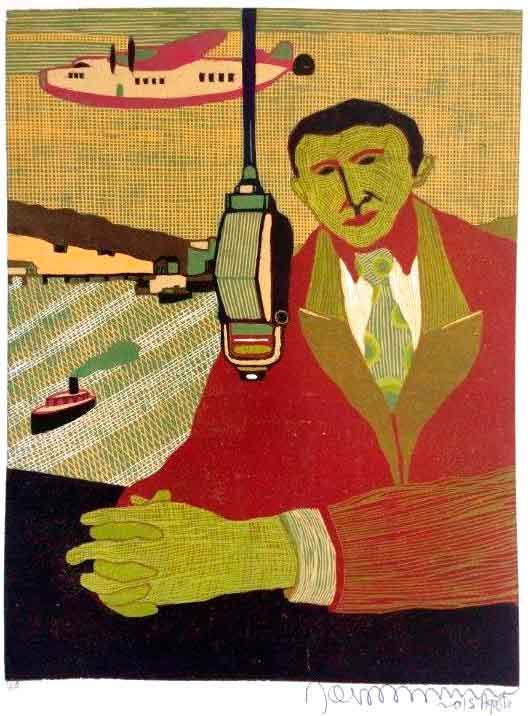 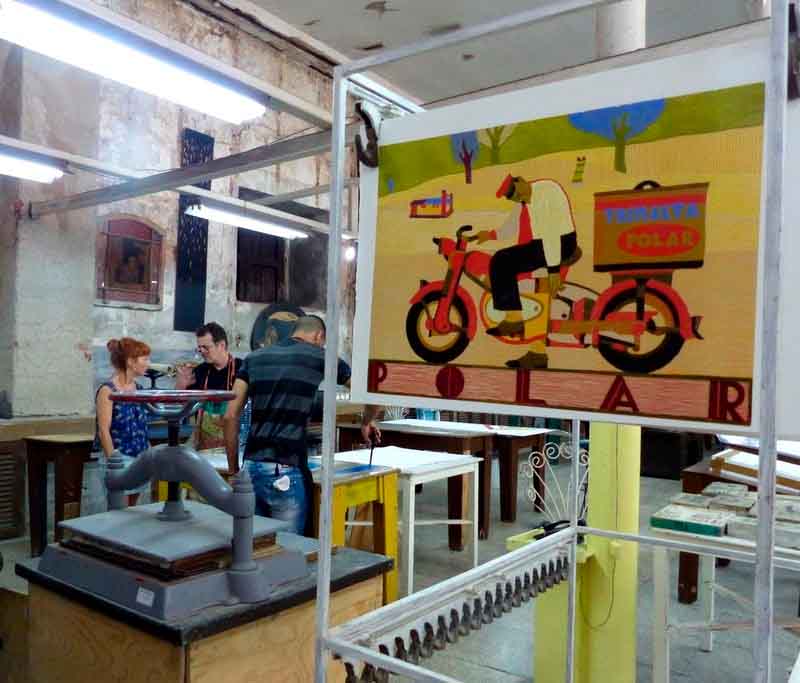 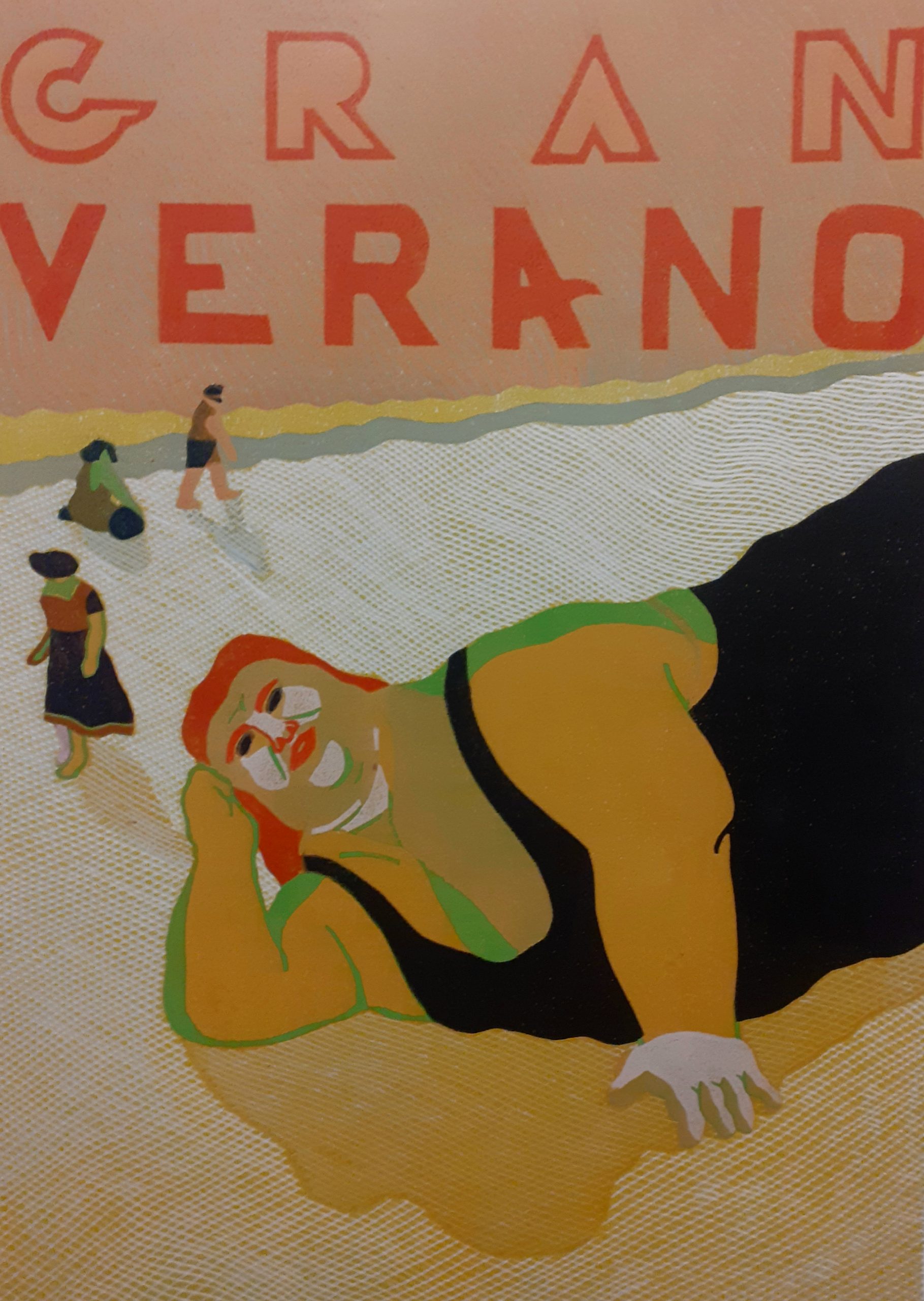 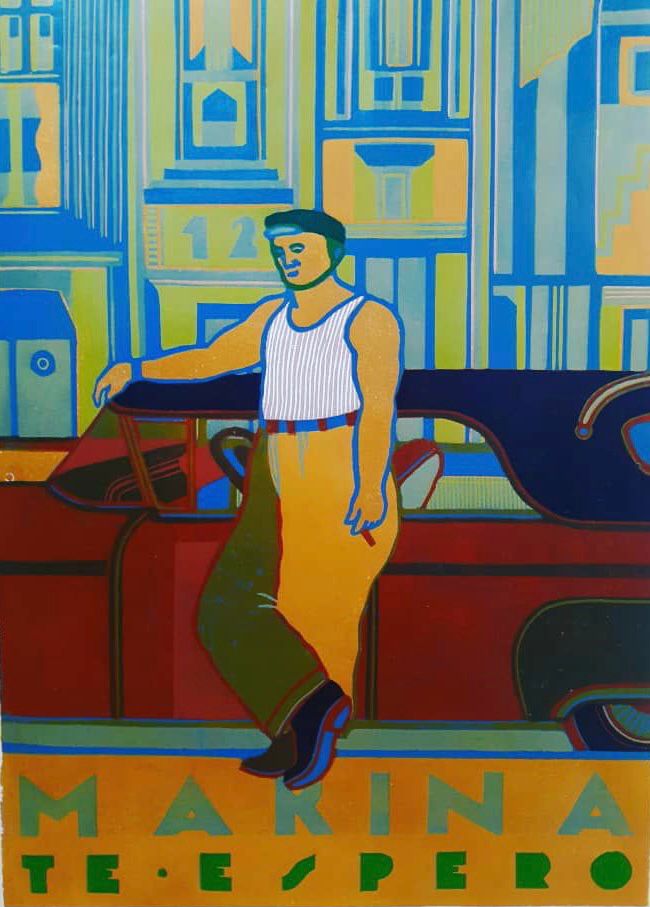 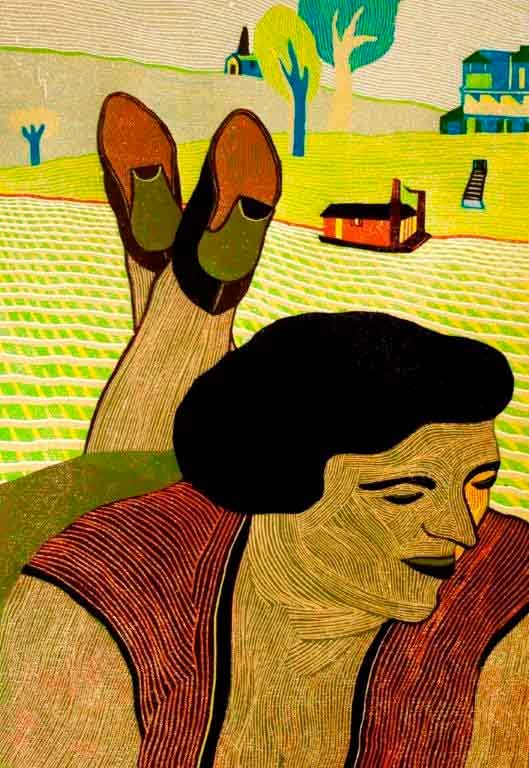 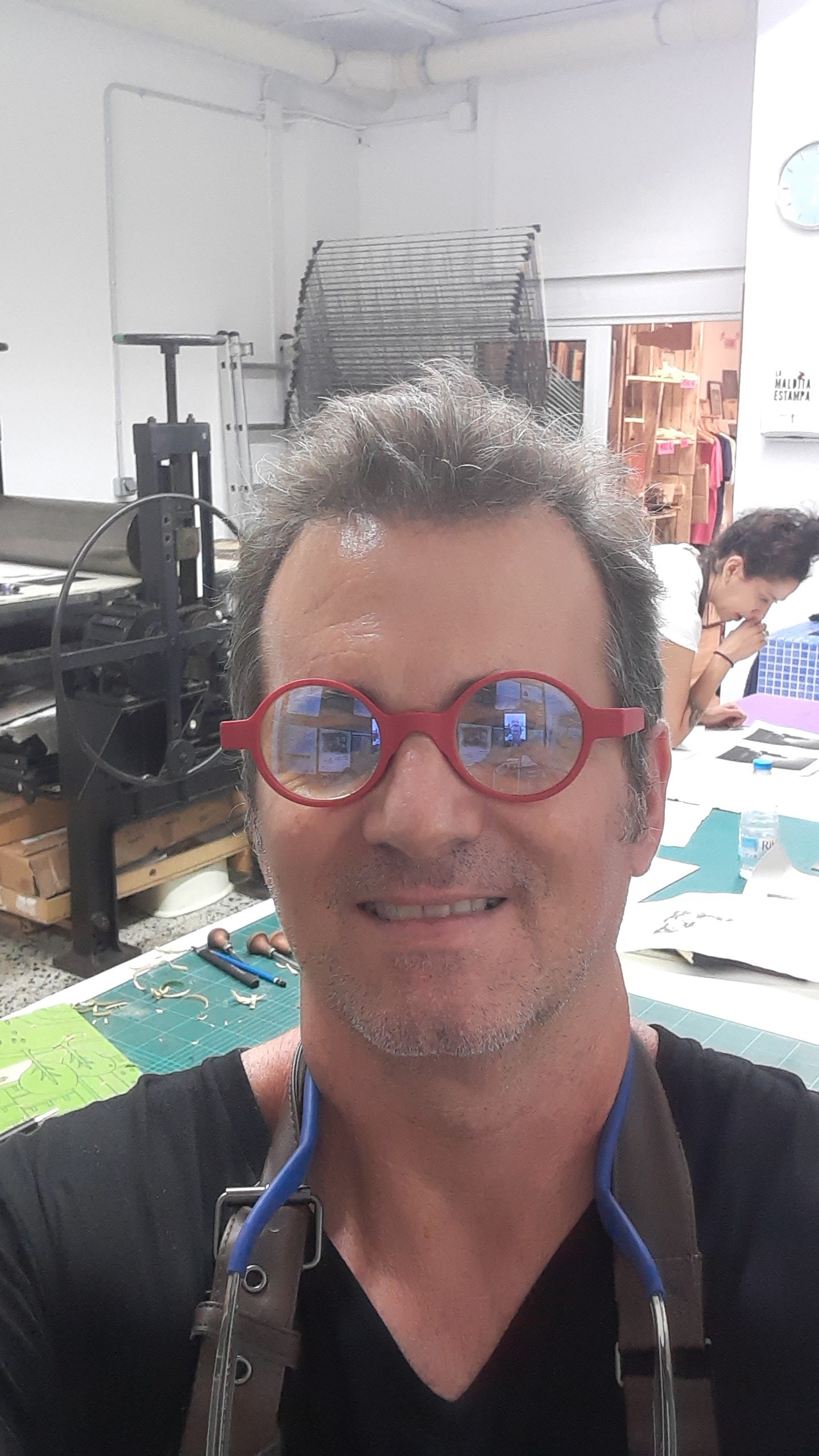 Working in his Downtown Havana studio, Taller de Gráfica Experimental, Cuban artist Dairan Fernández de la Fuente creates relief prints steeped in the complex society and culture of Cuba. As the son of Spanish immigrants to Cuba, de la Fuente sees the ever-evolving city of Havana as both a metaphor and a catalyst of his family’s story. His work reflects on comedic, isolating, energizing, and challenging aspects of the immigrant experience.

Taller de Gráfica Experimental was founded to maintain traditional Cuban techniques of woodcut printing through handmade graphic art. De la Fuente uses traditional engraving tools to hand carve his imagery from wooden planks which are then inked and printed on paper. His finished prints feature bold arrangements of vivid colors and gently-abstracted forms that are reminiscent of vintage Art Déco travel posters. His reduction technique, in which parts of a print’s matrix (base) are carved away to create layers of detail, yields surfaces that are mesmerizingly rich in texture, with many-stroked and hashed areas adding depth and dimension to each image.

In addition to their immediate visual appeal, de la Fuente’s prints hold significant meanings. “Much of my work deals with the theme of immigration, departures, and displacement,” he says. Trains, planes, boats, and automobiles frequently appear behind figures in tourist-photo inspired poses. These themes of transportation allude to the constant movement of Cuban culture through dance and music, political movements, and the changing identities of its people.