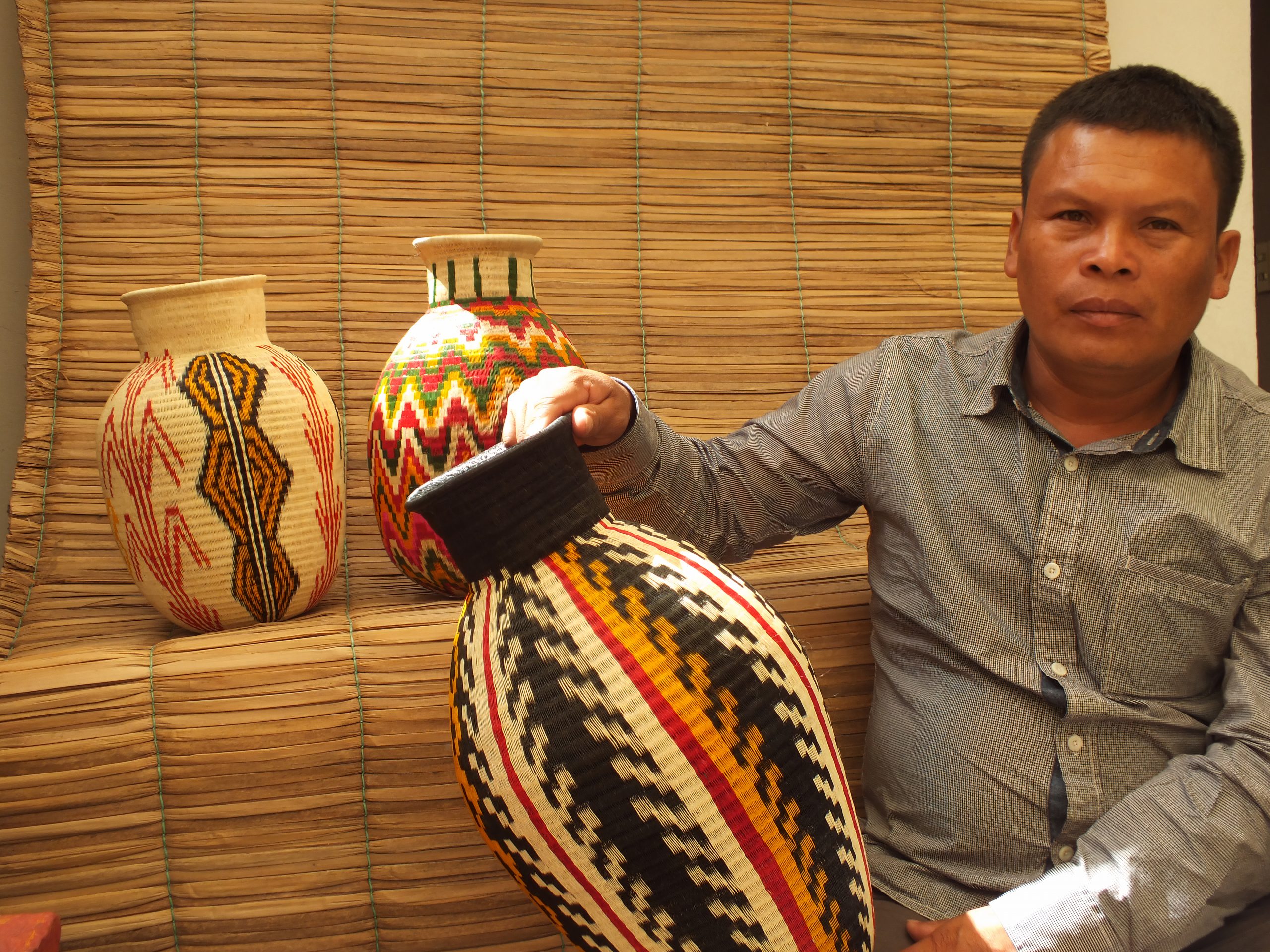 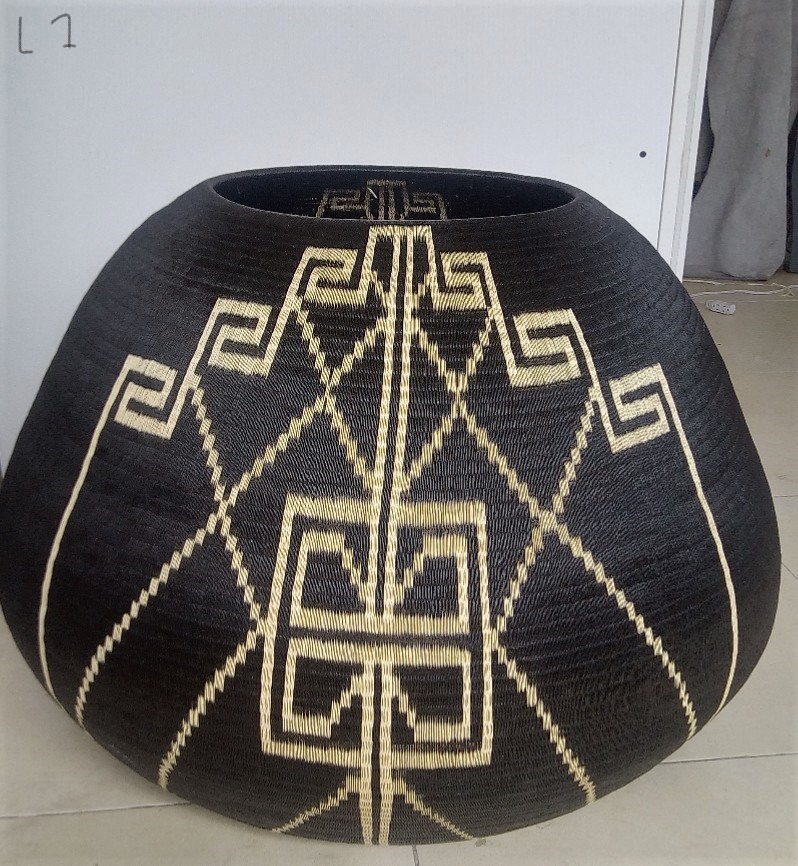 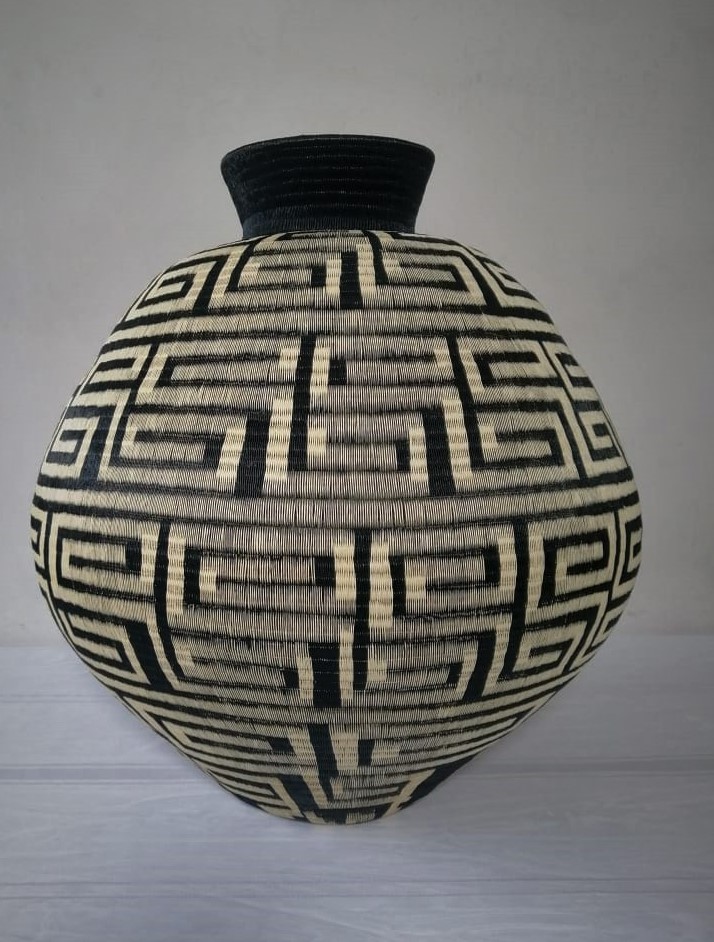 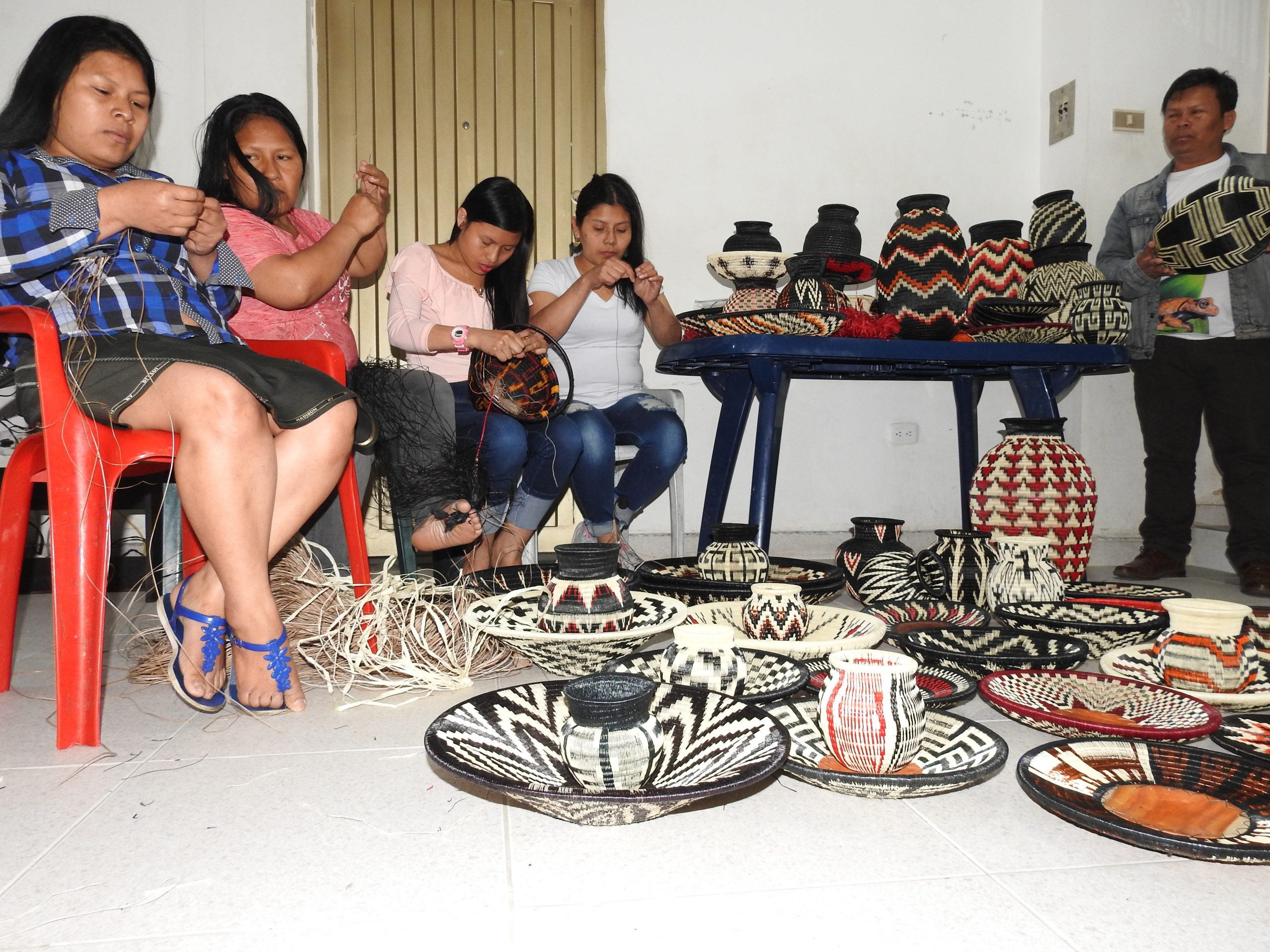 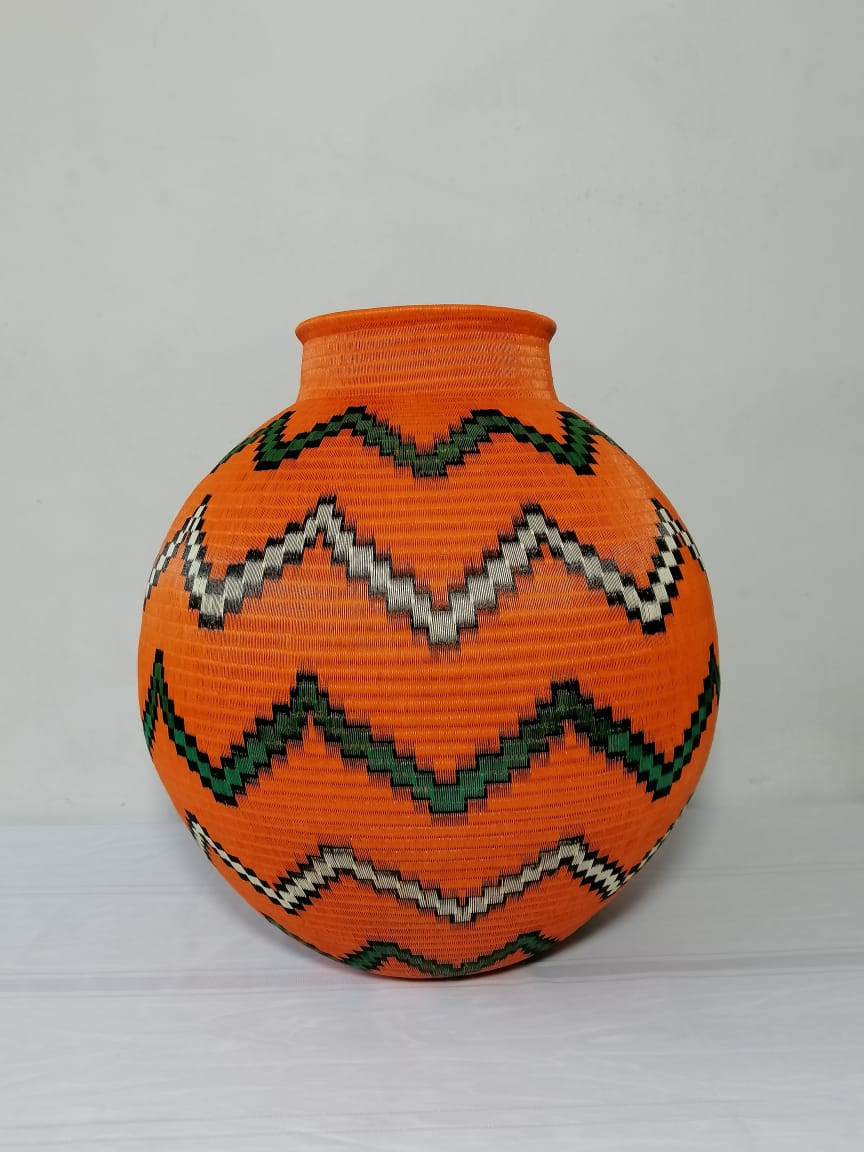 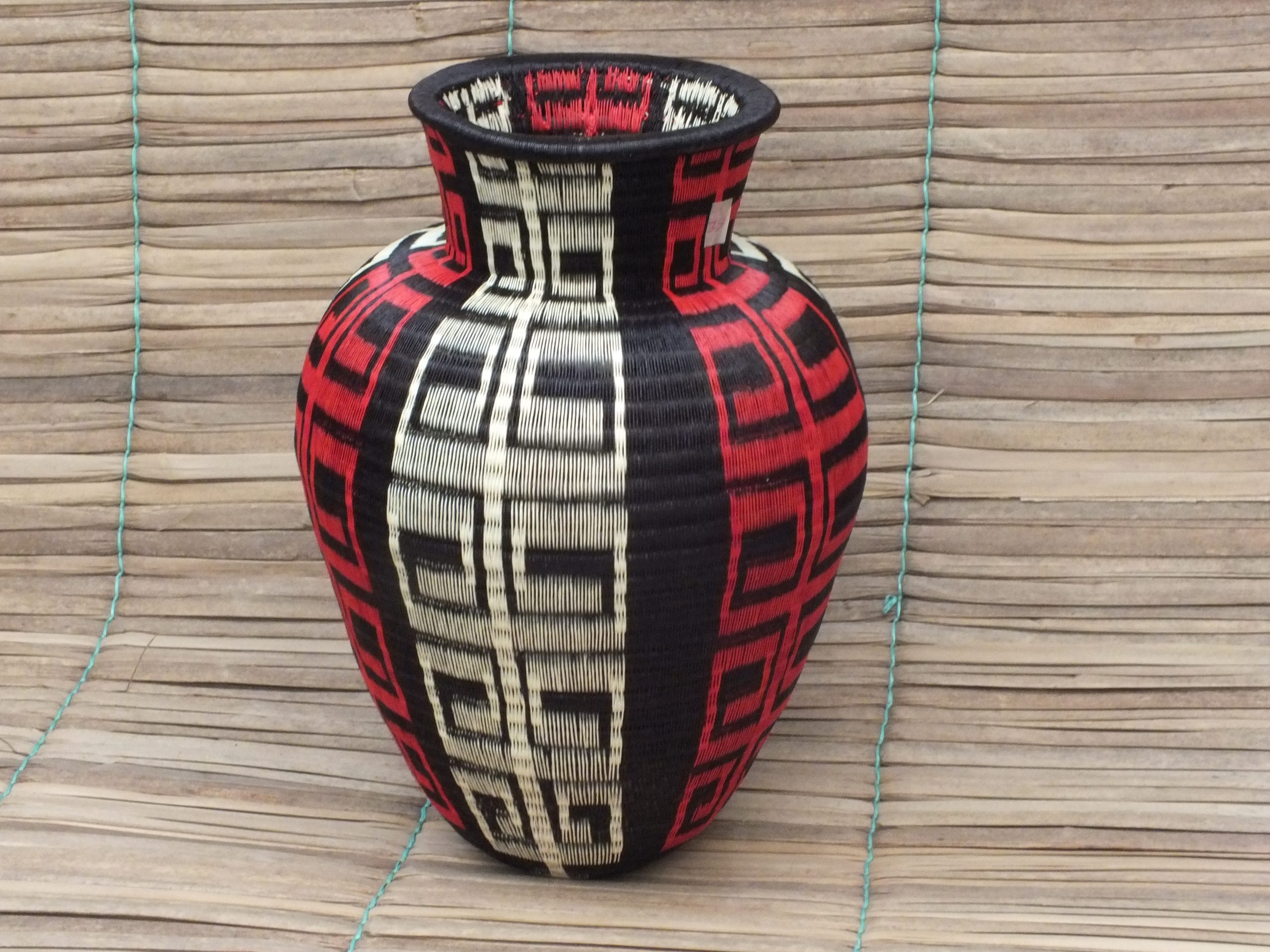 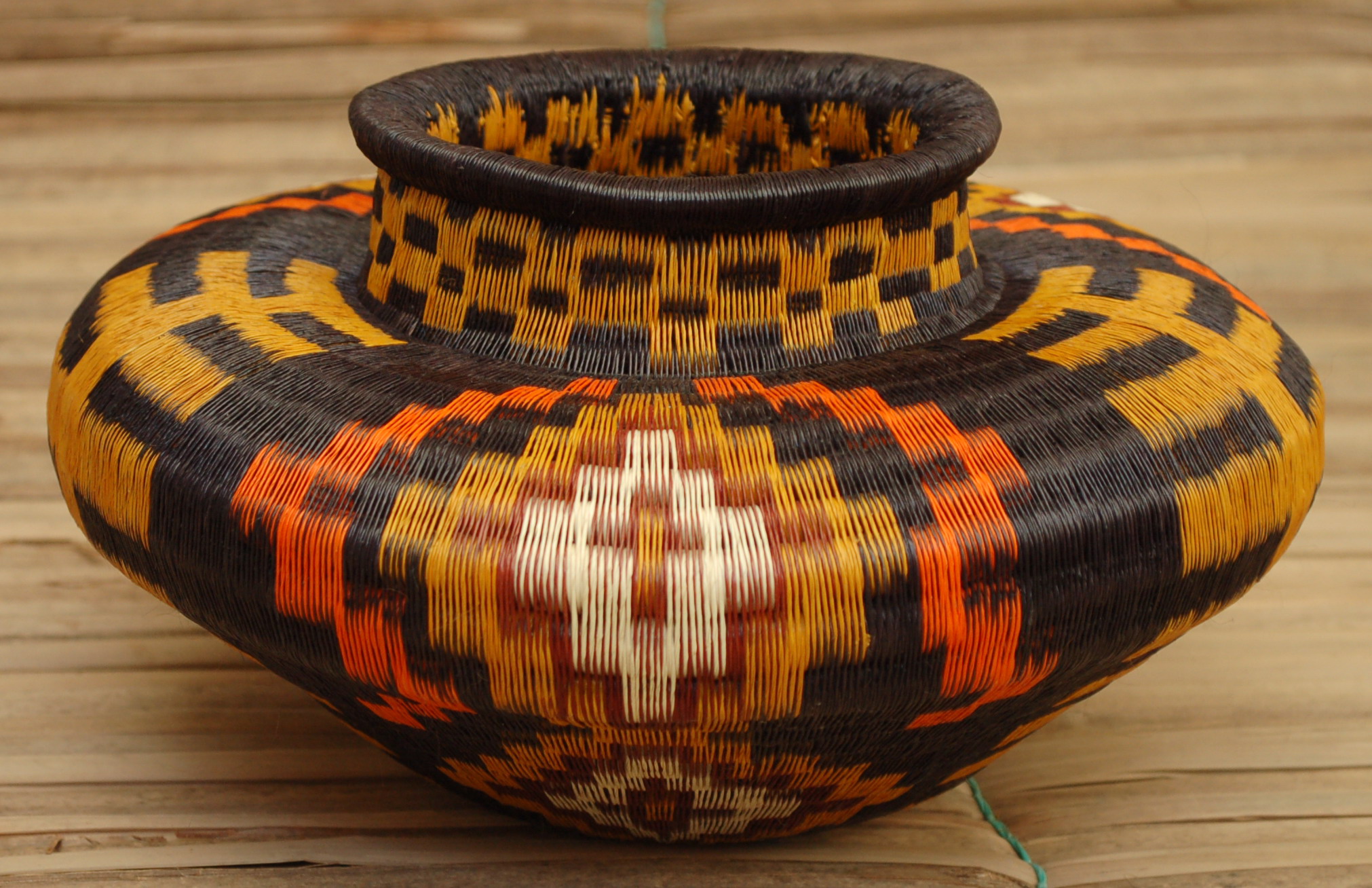 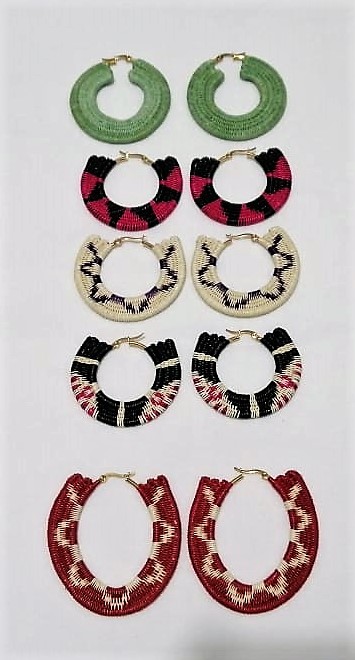 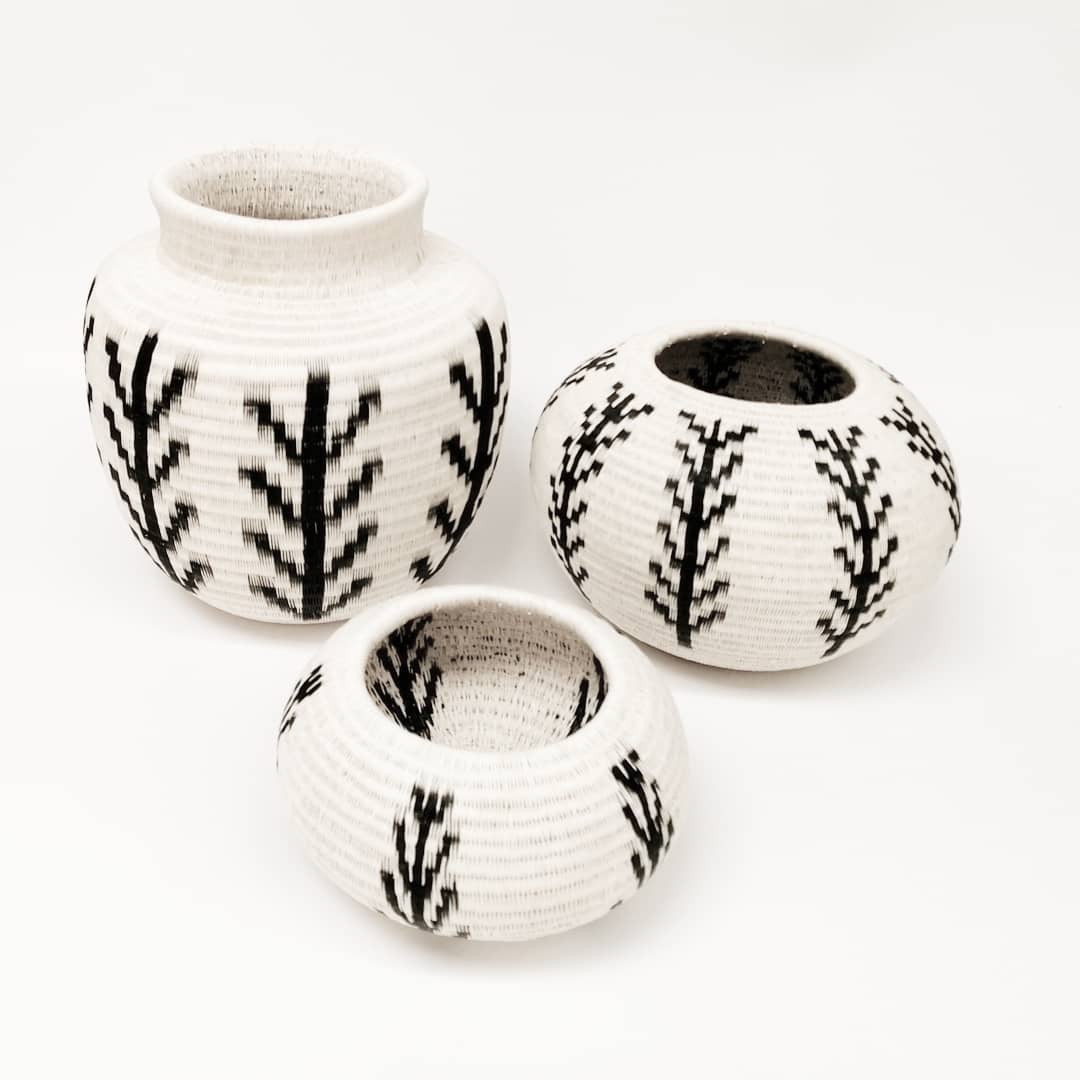 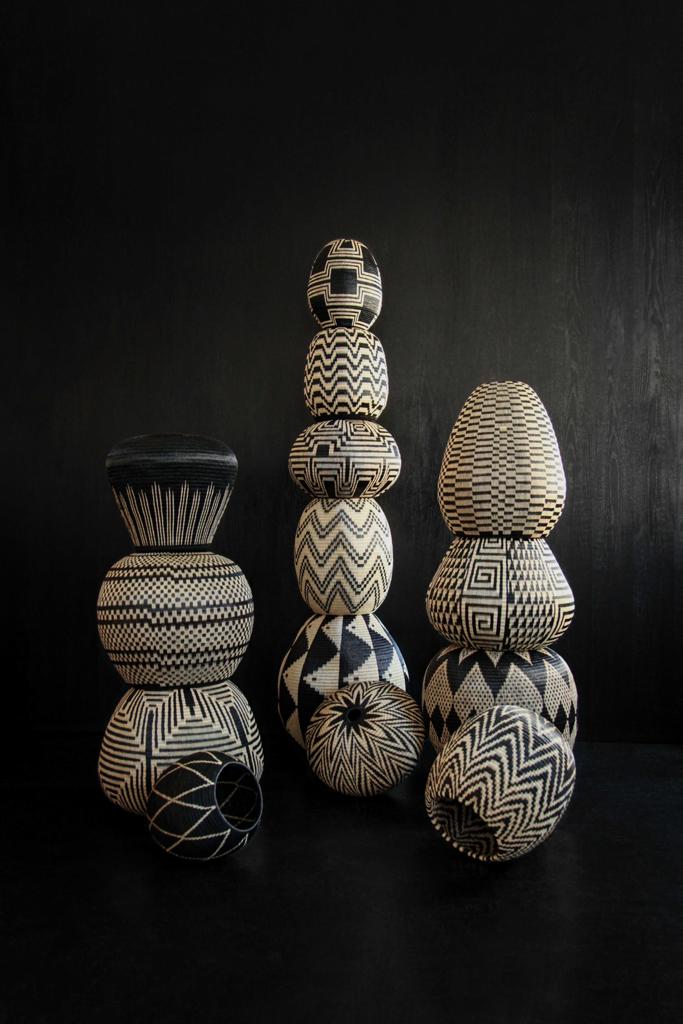 Wounaan people have resided on the banks of the San Juan River near Colombia’s Pacific coast for centuries, but recent territorial violence between several factions vying for control of the region has forced many to leave their ancestral homes. Seeking refuge in Bogota, the Wounaan people formed the Wounaan Craft Group as a way of preserving their ancient traditions and supporting each other through the strife of their forced displacement.

In Wounaan culture, women are the traditional weavers, but in contemporary society men are involved, too. Weaving work is family work. As children, they are taught an ancient spiral weaving technique which is used to craft colorful baskets, trays, jugs, and jewelry. To create these items, fibers from the werregue palm are boiled with a mixture of natural dyes, then dried in the sun and twisted by hand into twine. A thick cord of werregue fiber is used as the “soul” or “gut” of a piece, around which finer threads are woven. The resulting works are aesthetically extraordinary in their bright colors and complex patterns of stripes, zigzags, and vegetal and geometric motifs. Equally impressive in their construction, tightly woven Wounaan vessels can be used to carry water.

While the refugees wish to return to their ancestral homeland, the strife in the area has made it impossible to do so. Faced with the enduring hardships of trying to make a life in the urban landscape of Bogota, the Wounaan people use their weaving techniques to maintain the strength of their heritage and support themselves in these difficult circumstances. Weaving represents a potent and unique connection to their past and to the homes they left behind, to be passed on to their children just as it has been for generations.