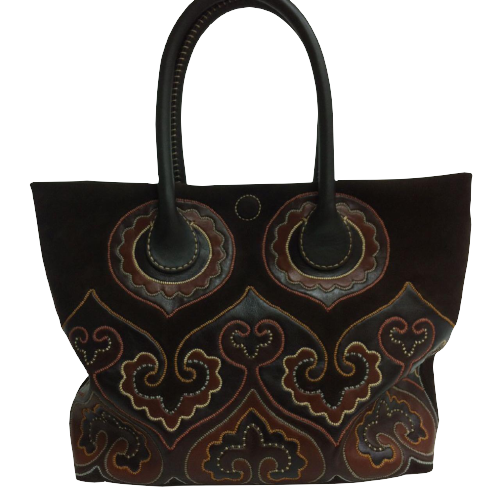 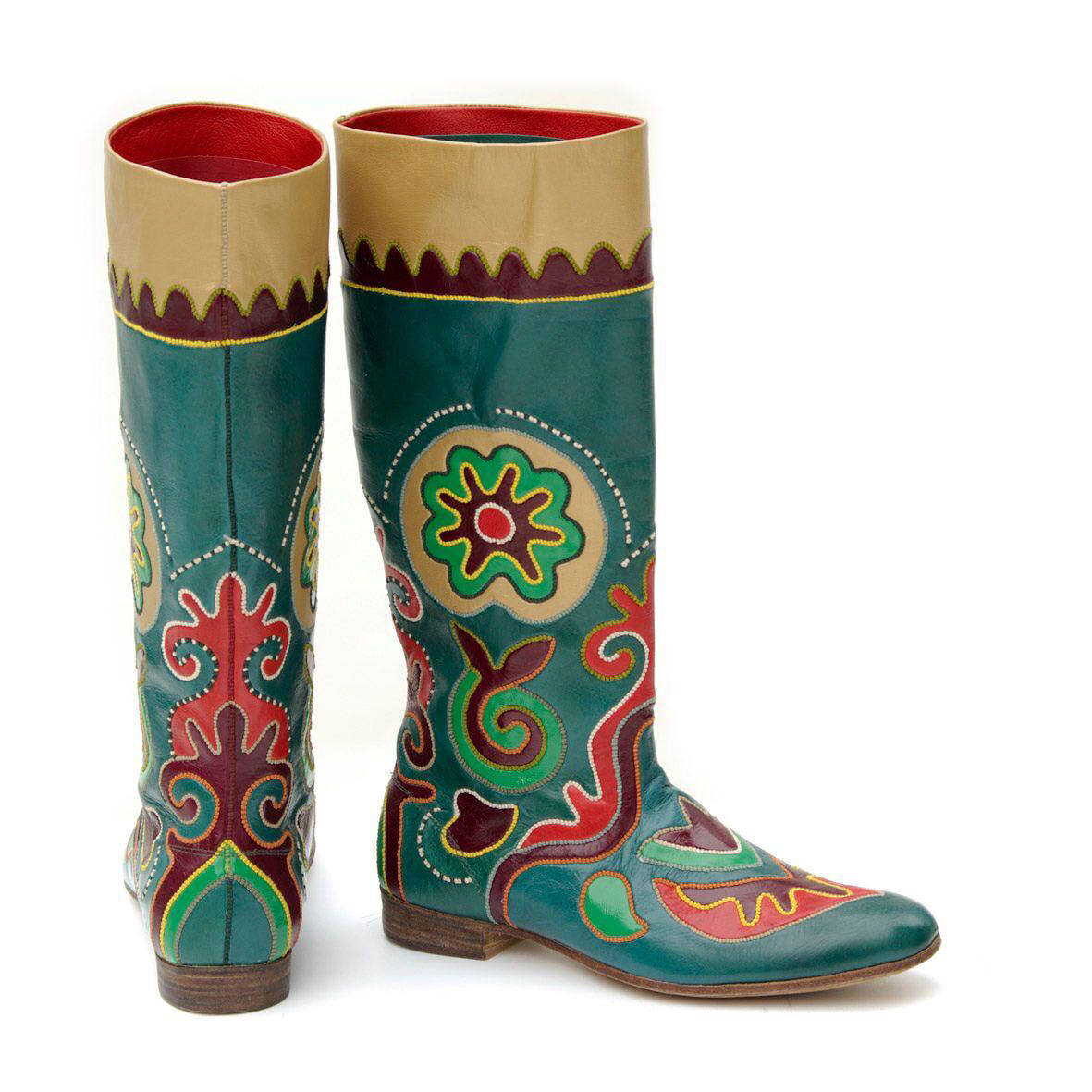 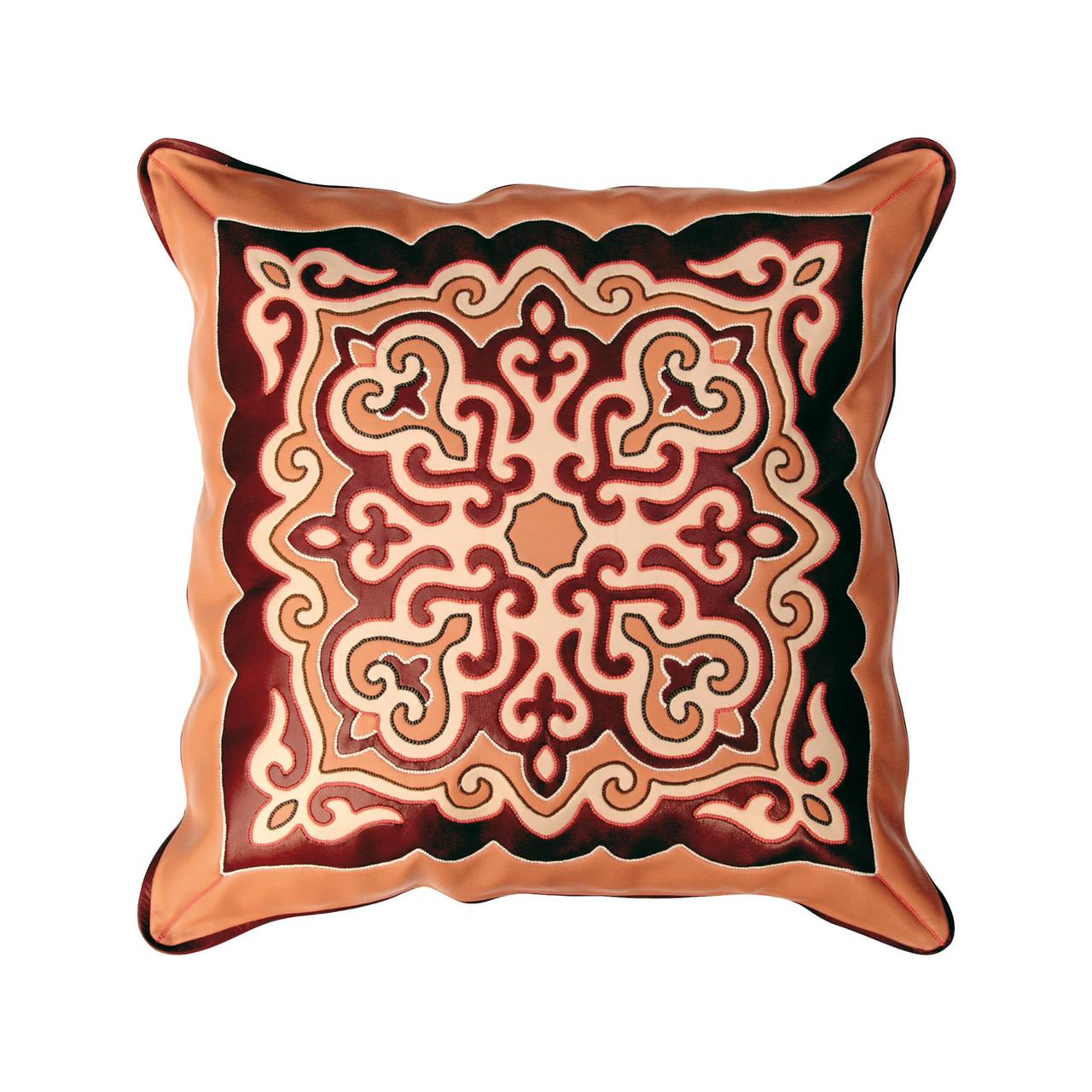 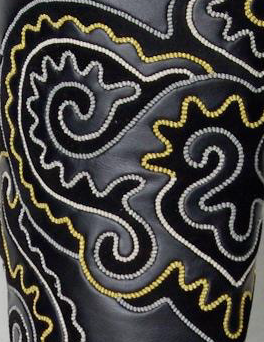 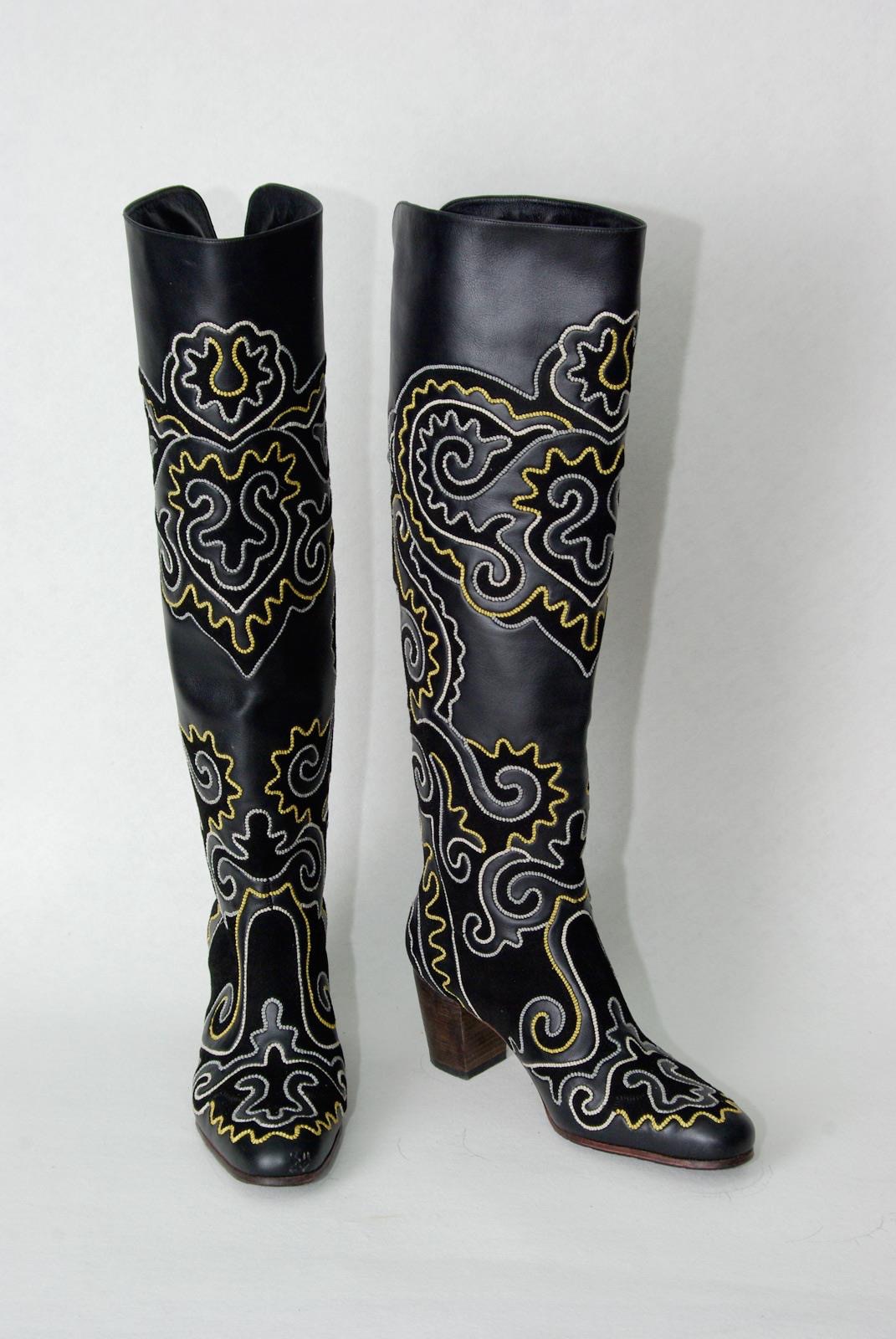 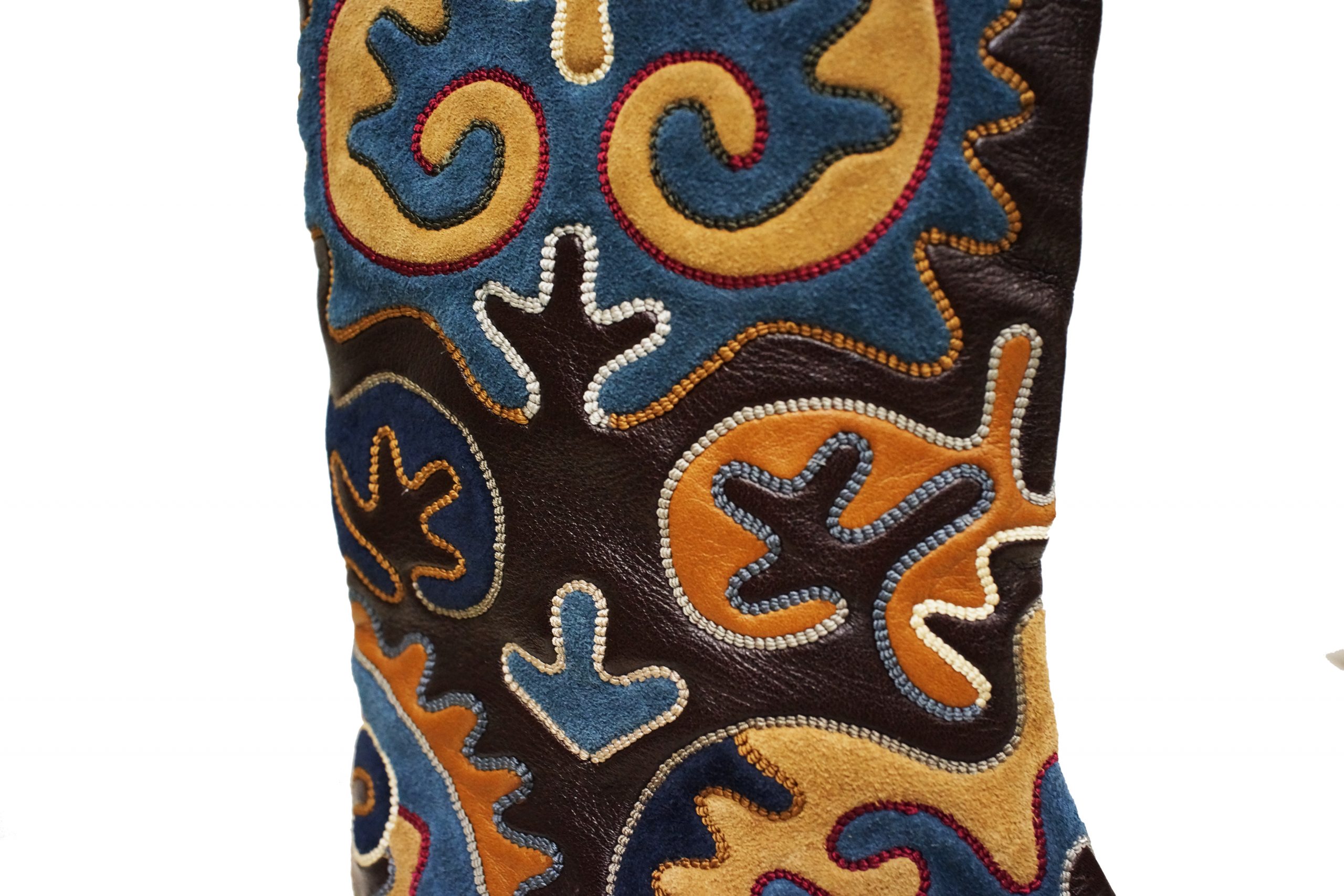 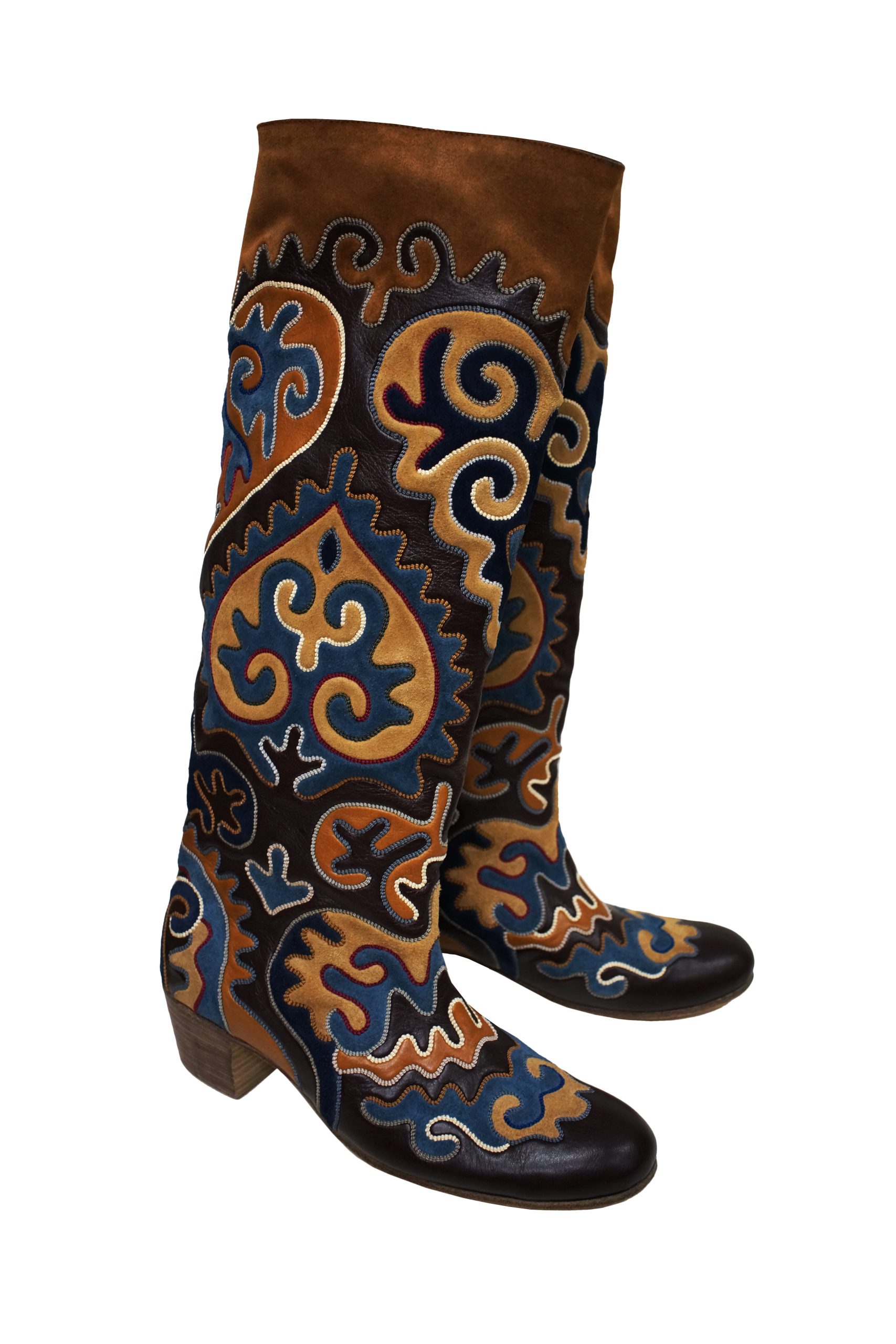 The Republic of Tatarstan sits between the Volga River and Ural Mountains in the Eastern European region of the Russian Federation. It’s multi-ethnic capital city of Kazan is one of the largest cultural and industrial centers in Russia. The Tatar diaspora has spread across the world, though most Tatar people live in Russia, making them the nation’s largest ethnic minority. They maintain their own distinct cultural customs and traditions, including the Turkic Tatar language, and the exceptional metalwork, pottery, jewelry, and leatherwork techniques inherited from their ancestors.

Led by artist and designer, Alfiya Nailevna Artemyeva, Sahtian is a producer of unique and vibrantly colorful leather mosaic Tatar shoes, based in Kazan. The shoes are designed by lead artist, Ildus Khazimullovich Gainutdinov, and then pass through many hands for the assembly of hand-cut pieces of soft leather brought together edge to edge manually with the unique Kazan stitch. Sahtian’s shoes feature intricate, graphic shapes, derived from vegetal and geometric imagery characteristic of Islamic art, set into patterns that emphasize rhythm and symmetry.

Beautifully treated leather has been an important element in the artistic production of native Tatar people for generations. In the 19th and early 20th centuries, merchants and industrialists made the colorful mosaic leather shoes famous across Asia and Europe, and they are once again rising in popularity. Sahtian is devoted to creating new modern models and expanding their product range to include bags, pillows, and wall hangings. Their visit to the International Folk Art Market will offer bold fashionistas who embrace bright and uncommon fashions a rare opportunity to add eye-catching Tatar accessories to their wardrobes.