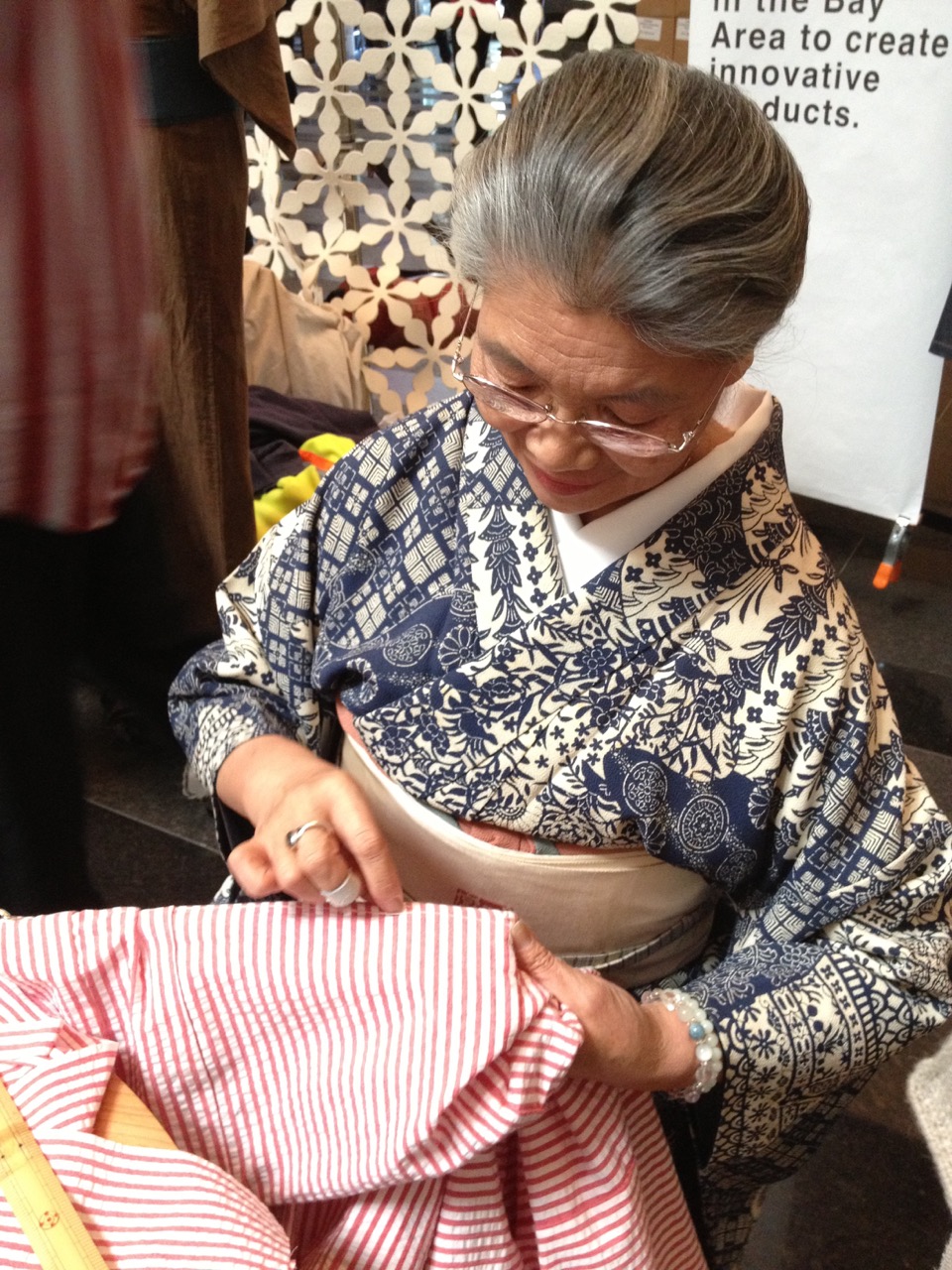 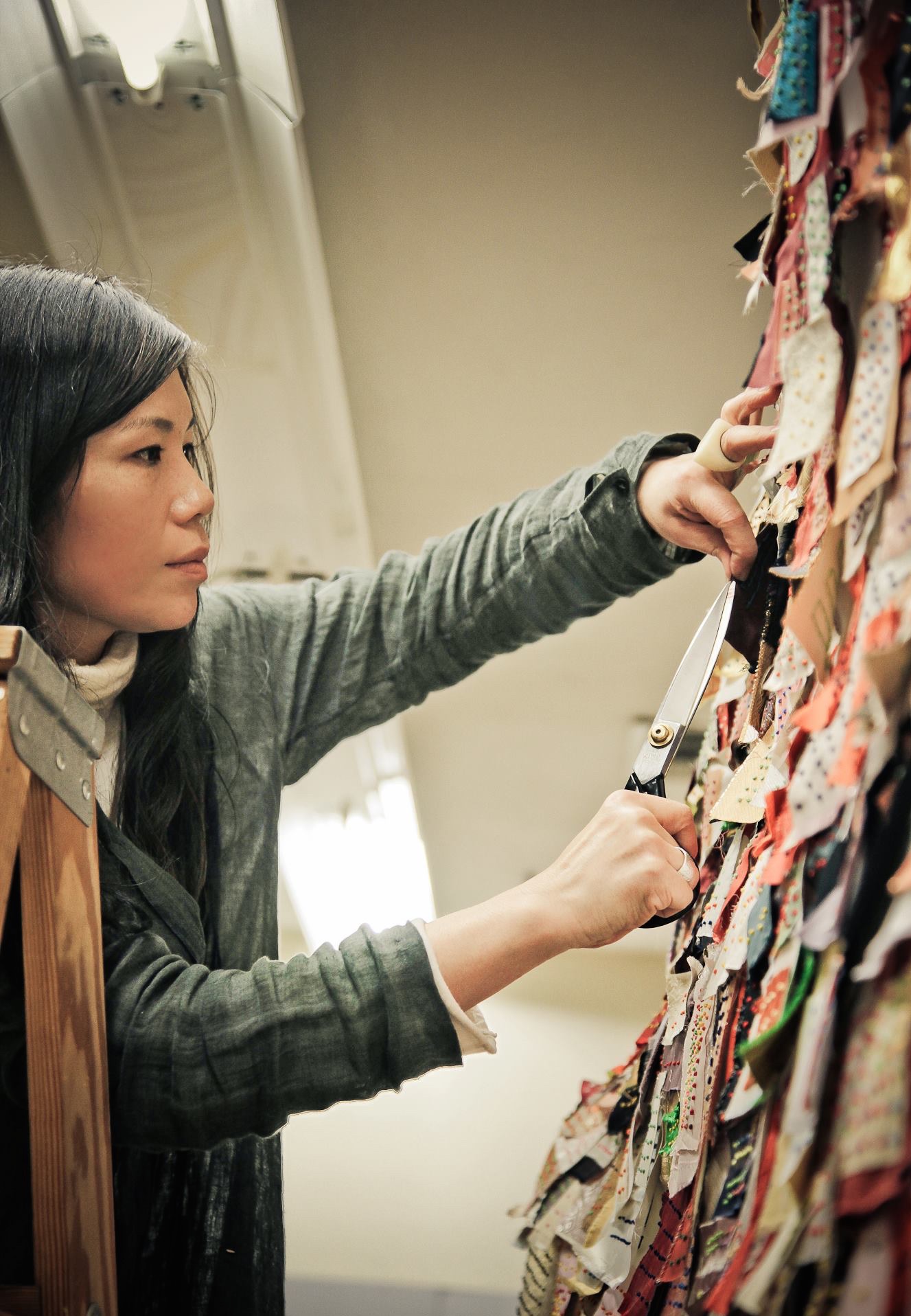 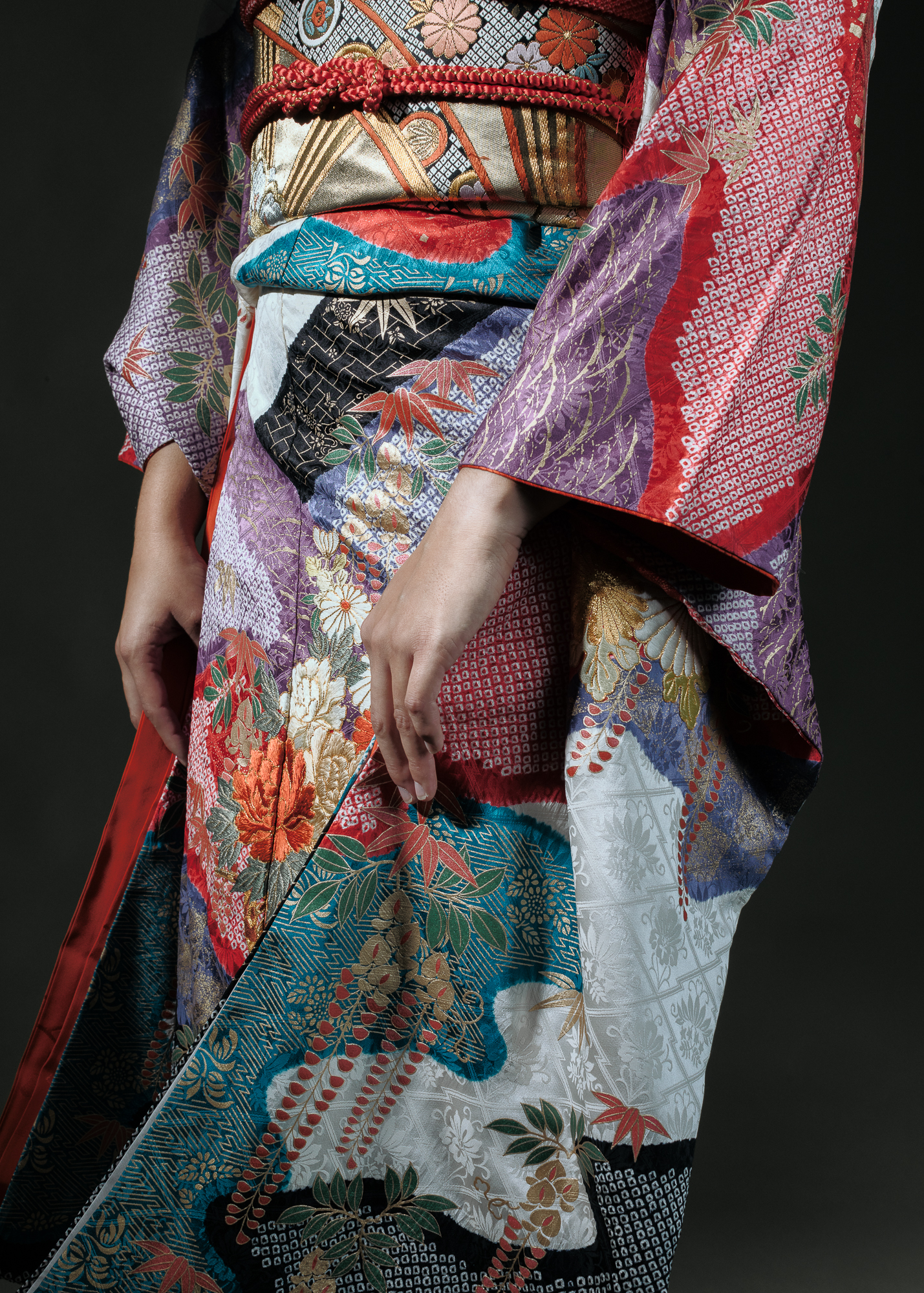 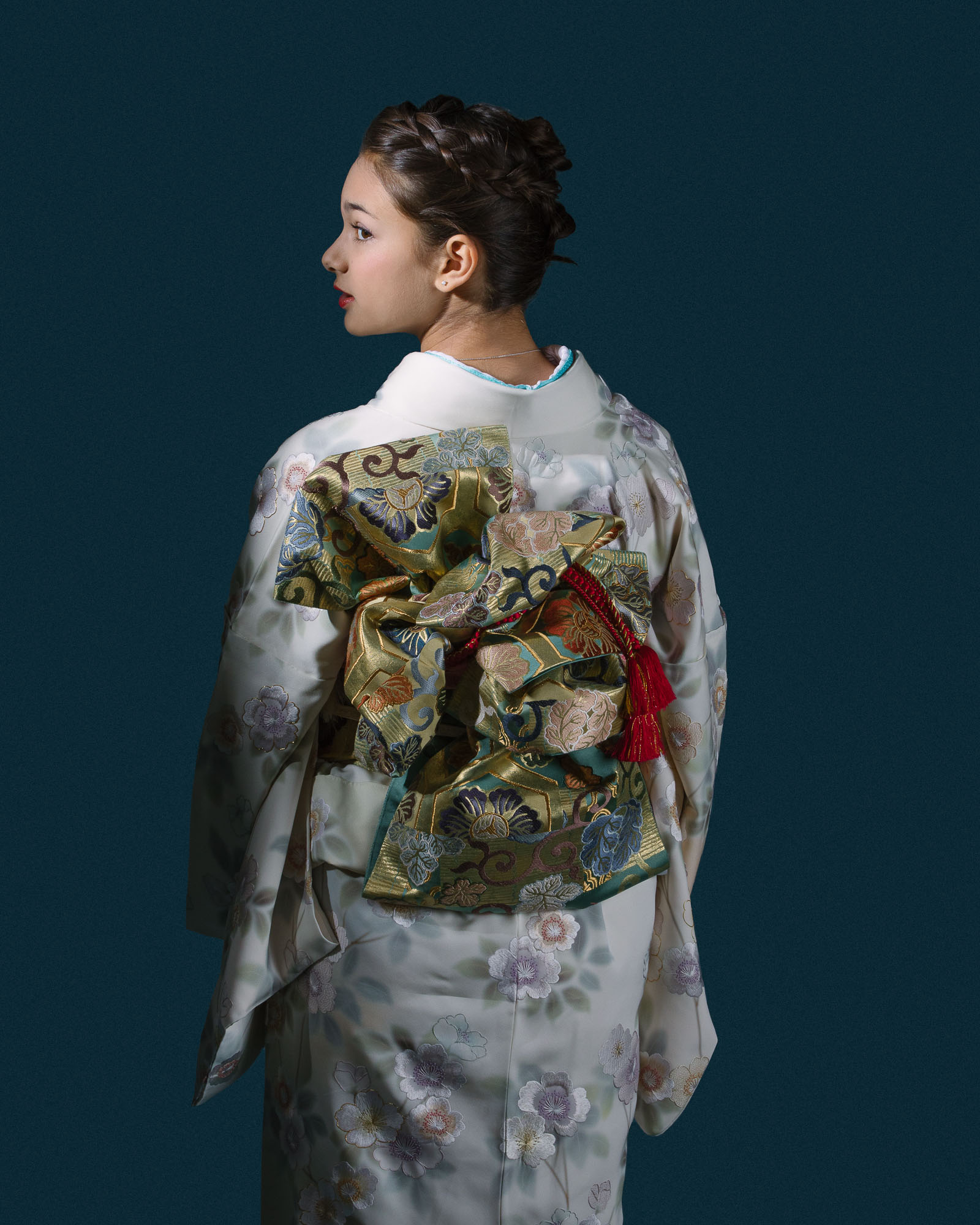 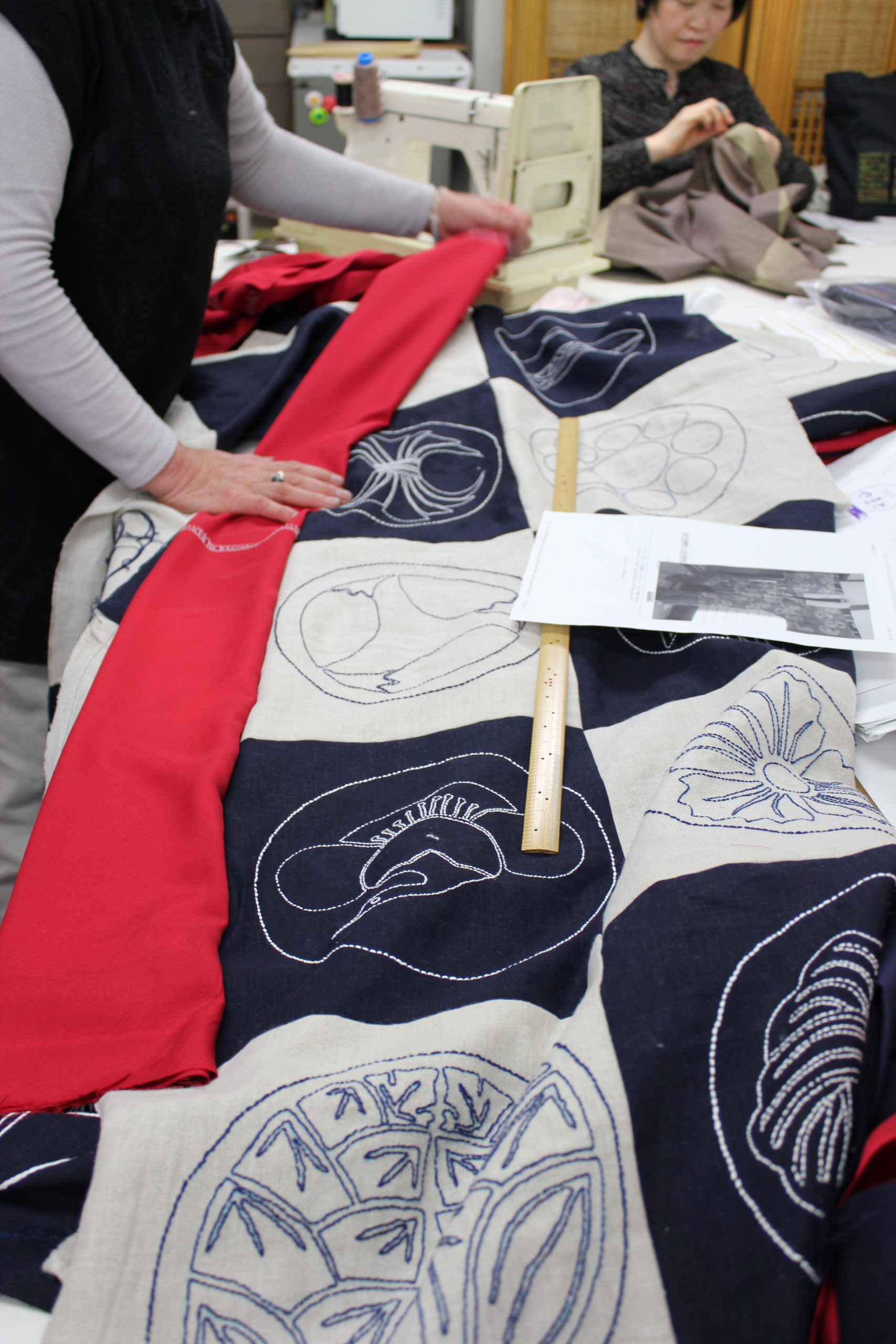 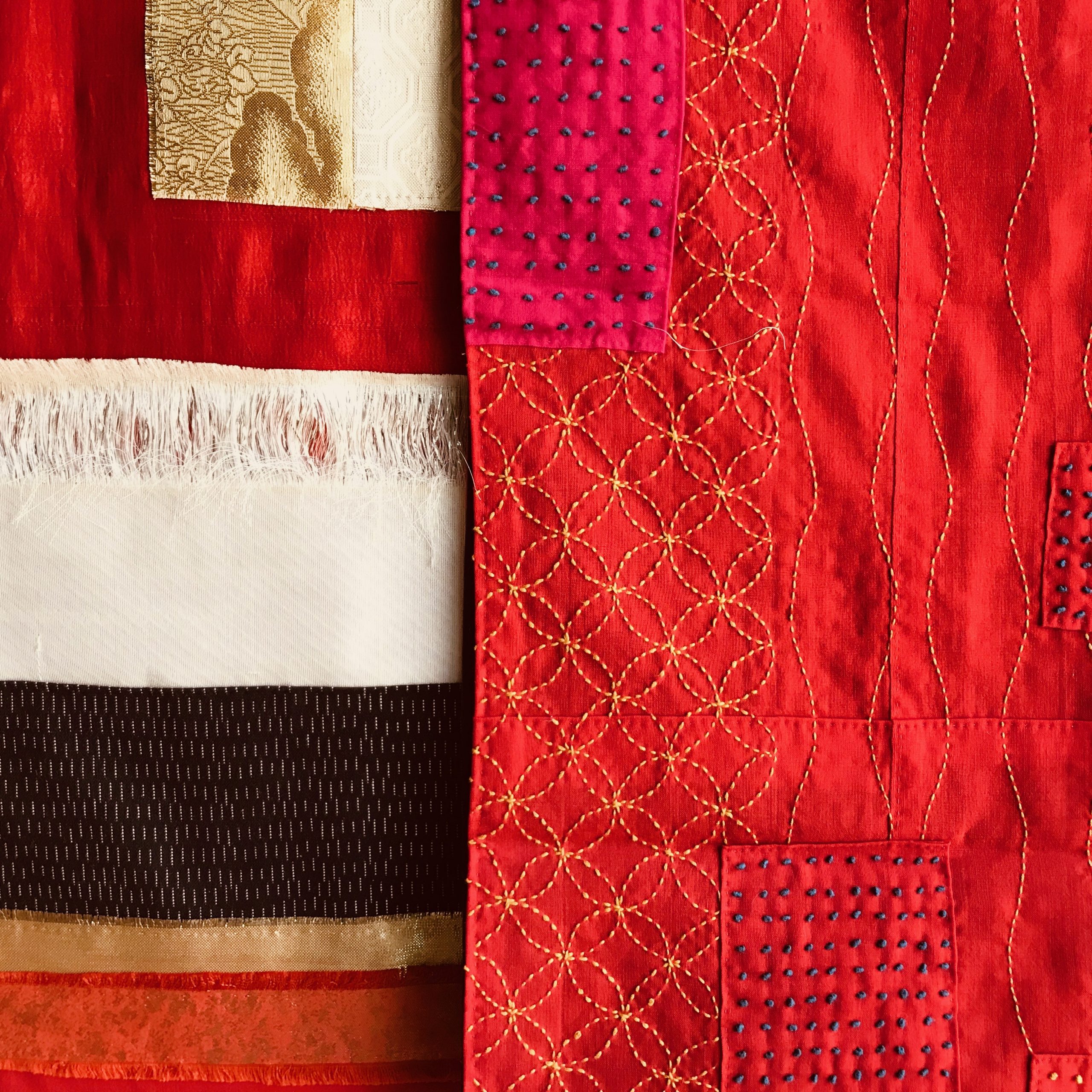 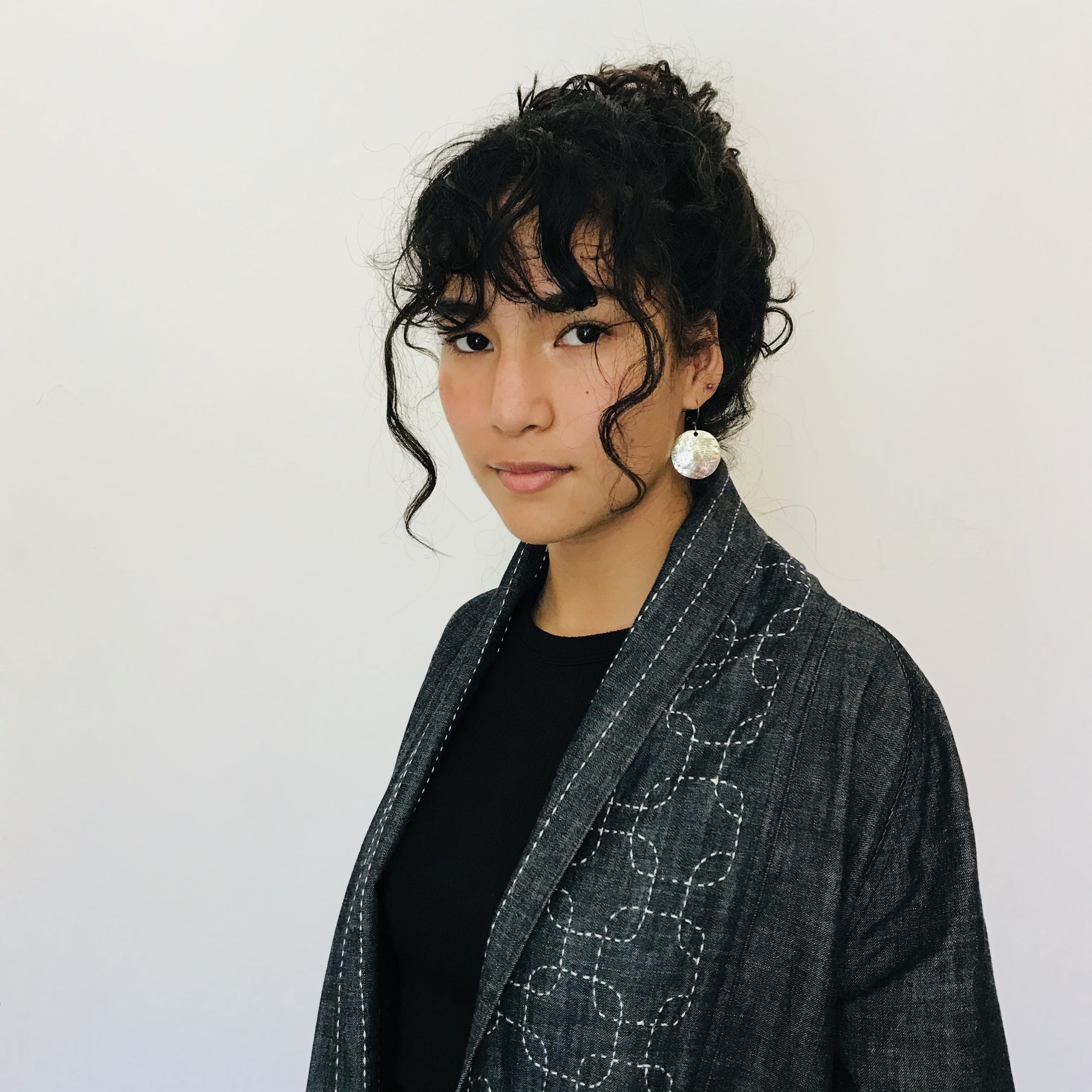 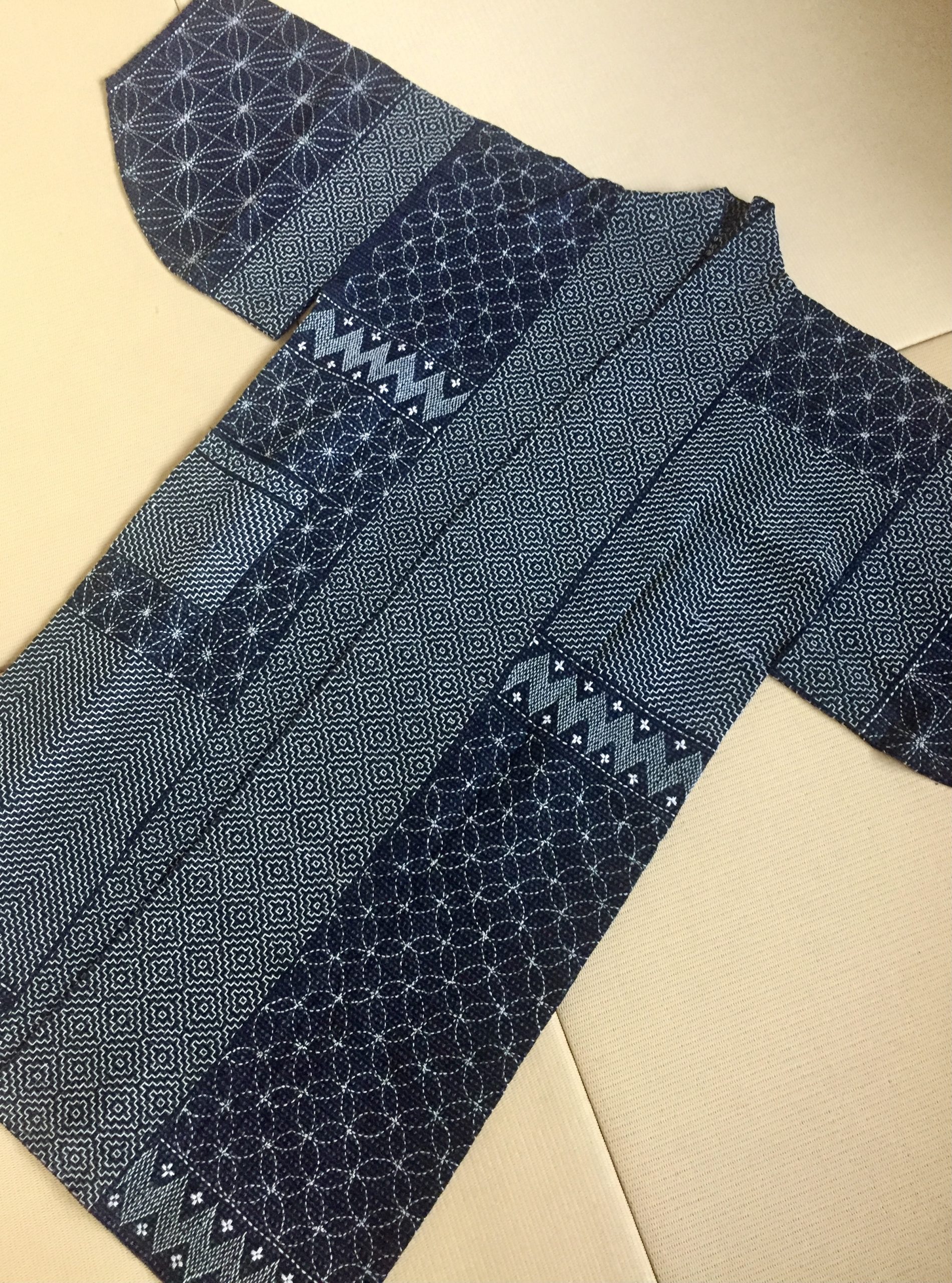 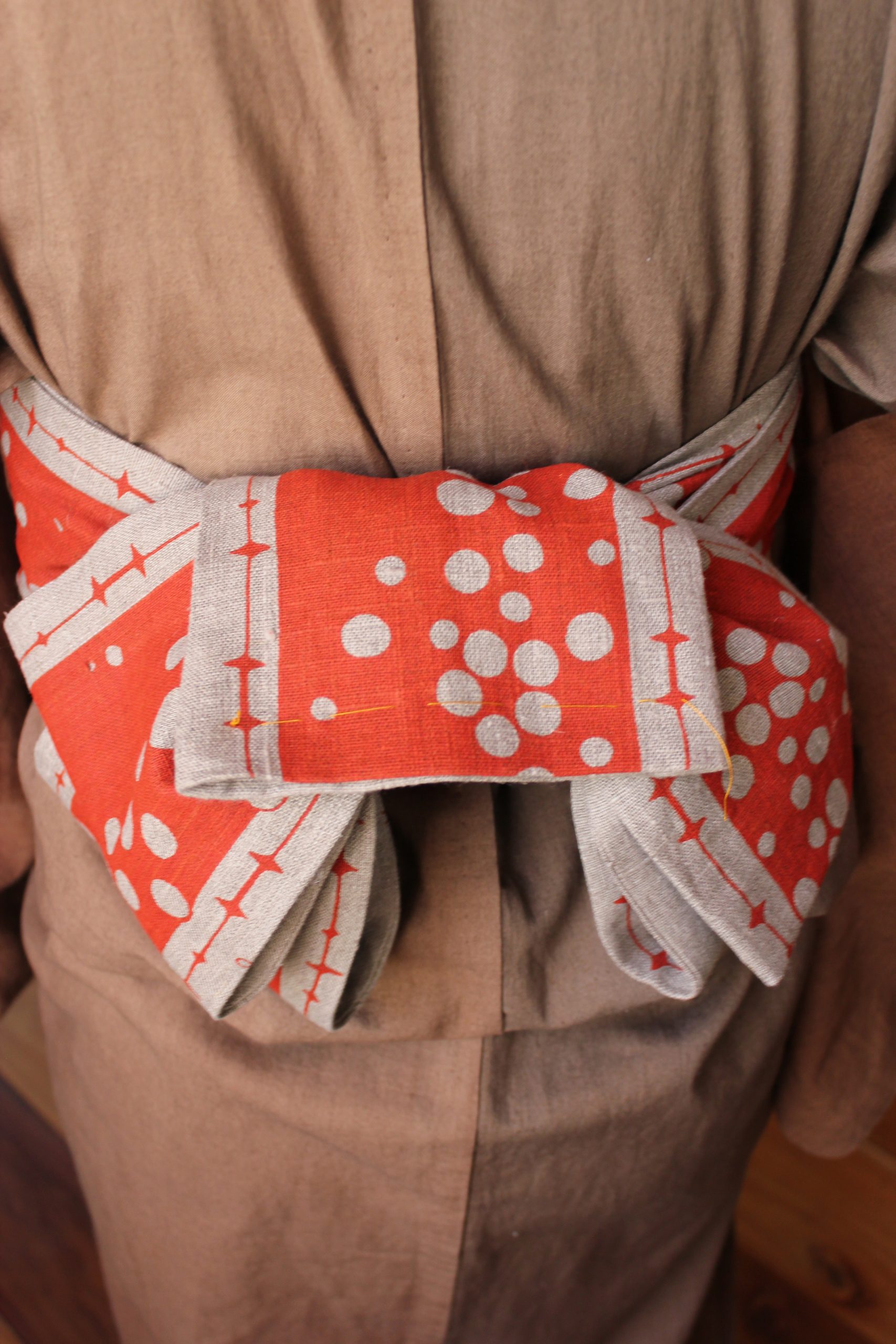 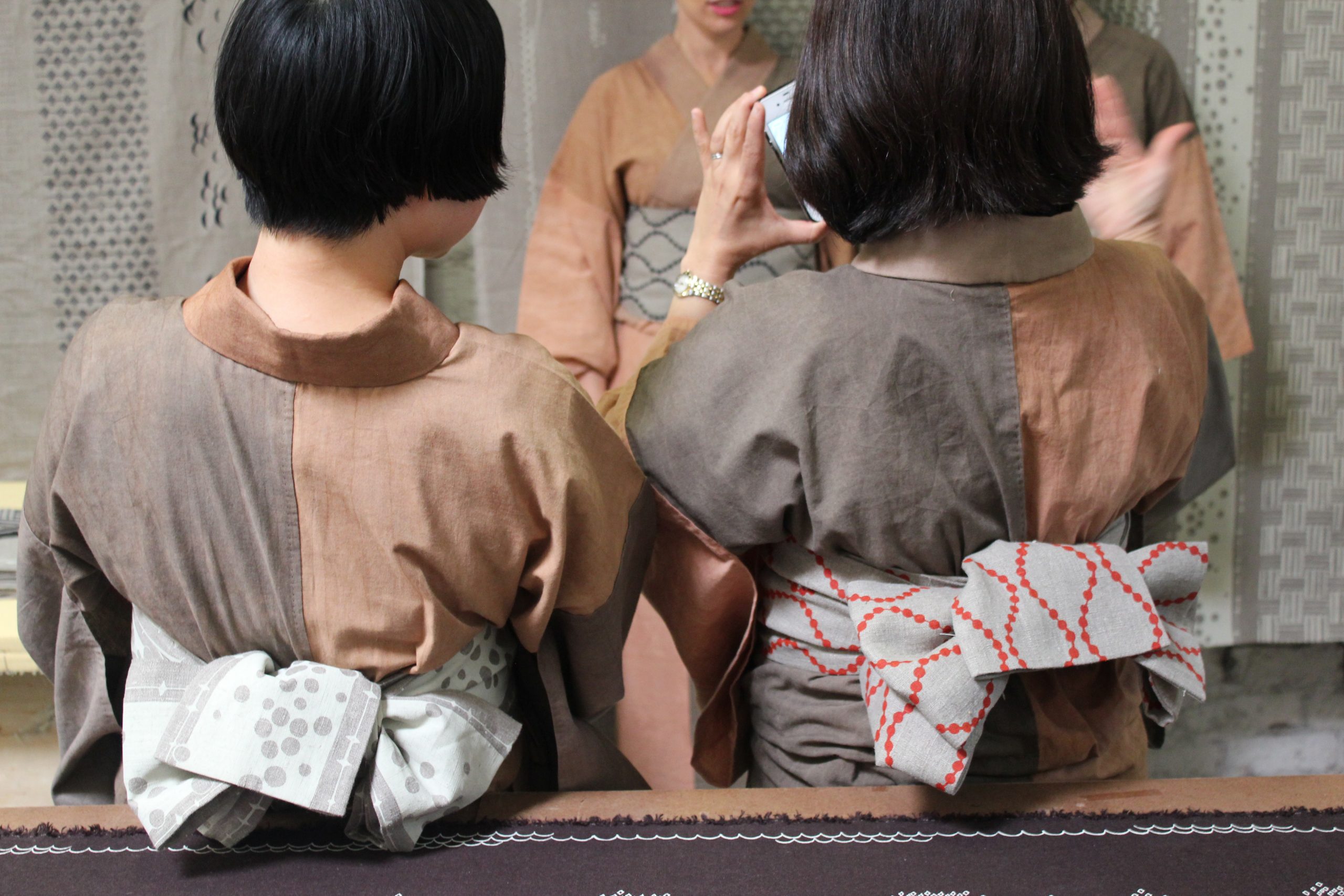 Tsuyo Onodera, a master kimono maker, has been in the kimono industry for more than sixty years. Together with her daughter, Maki Aizawa, she has been making haori and hanten, kimono-influenced jackets and coats from denim, linen, paper, and cotton. Kimono are often worn in Japan for important public holidays and festivals and for formal occasions such as weddings and funerals. Maki’s vision is to put a contemporary spin on kimono traditions, creating designs that can be incorporated into everyday use. Tsuyo’s mastery of kimono sewing skills and Maki’s creativity combine to create kimono and kimono-influenced garments that preserve the traditions of kimono-making and enhance the appreciation of traditional textiles.

Hand dyeing the fabric is an integral part of the process. One dye that Tsuyo and Maki use is sukumo, fermented indigo leaves from Tokushima, Japan, as well as from locally farmed indigo leaves in Napa and Sonoma, California. A variation of this indigo dye is known as jigokudate, made according to an ancient recipe by further fermenting sukumo in ash lye, calcium hydroxide, and wheat bran. Another favorite dye used by Tsuyo and Maki is kakishibu, persimmon dye, imported from Kyoto, Japan.

Once the fabric is dyed, it can be embellished with traditional styles of embroidery such as sashiko or kogin or the fabric can even be hand painted. With this fabric, Tsuyo and Maki create their uniquely designed kimono-inspired garments. For making yukata, casual summer kimono, Tsuyo and Maki mark the yukata design directly onto the kimono fabric, which comes in rolls called tanmono. These rolls are 36 cm (14″) wide by 12 meters (40’) long, and every single piece of material on them is utilized in an age-old design process. Tsuyo and Maki are passionate about keeping these authentic traditions alive through teaching more upcoming kimono related classes.

Tsuyo has trained hundreds of students to become licensed kimono makers through five-year apprenticeships at her school in Sendai, Japan. Her daughter, Maki, is a Sonoma, CA, based artist who grew up in her mother’s kimono-making school. Maki studied ikebana, floral design, shodo, calligraphy, and became an accomplished performer of the koto, a traditional stringed Japanese musical instrument.

Tsuyo and Maki have led multiple workshops teaching participants how to sew yukata, casual summer kimono, not only in Japan, but in such venues as the Workshop Residence in San Francisco, the San Luis Obispo Museum of Art, the Sonoma Cultural Exchange, and the Cultural Exchange LLC.