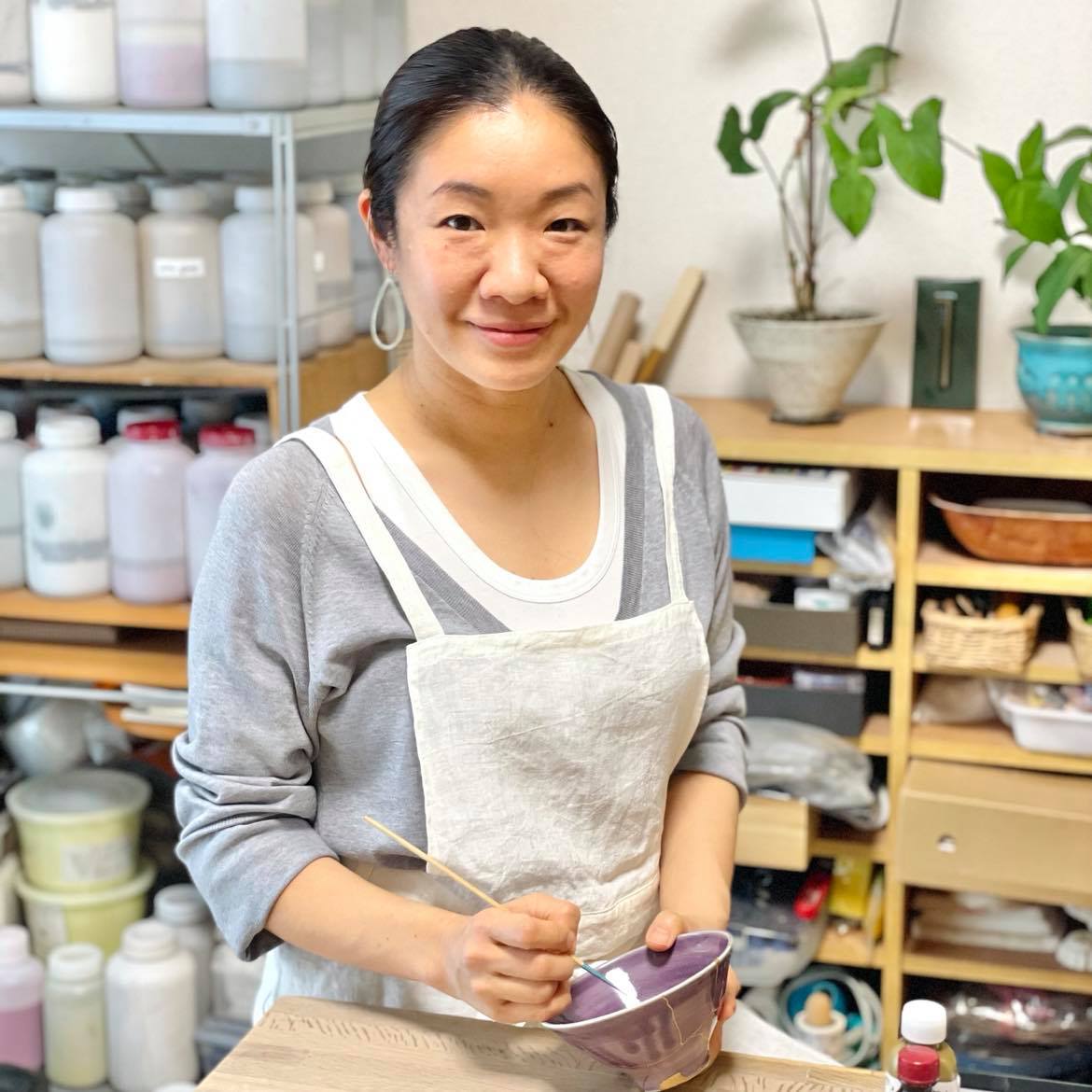 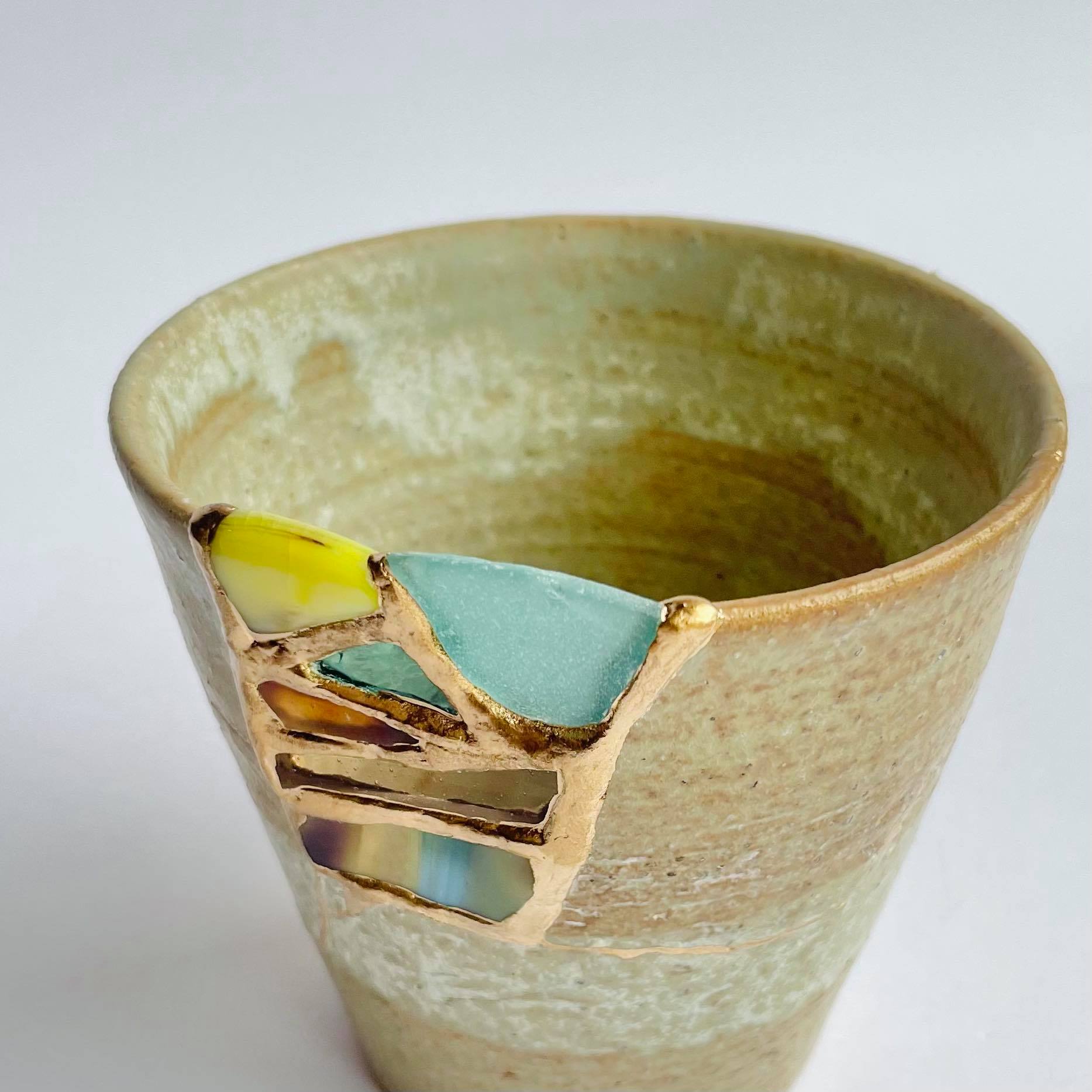 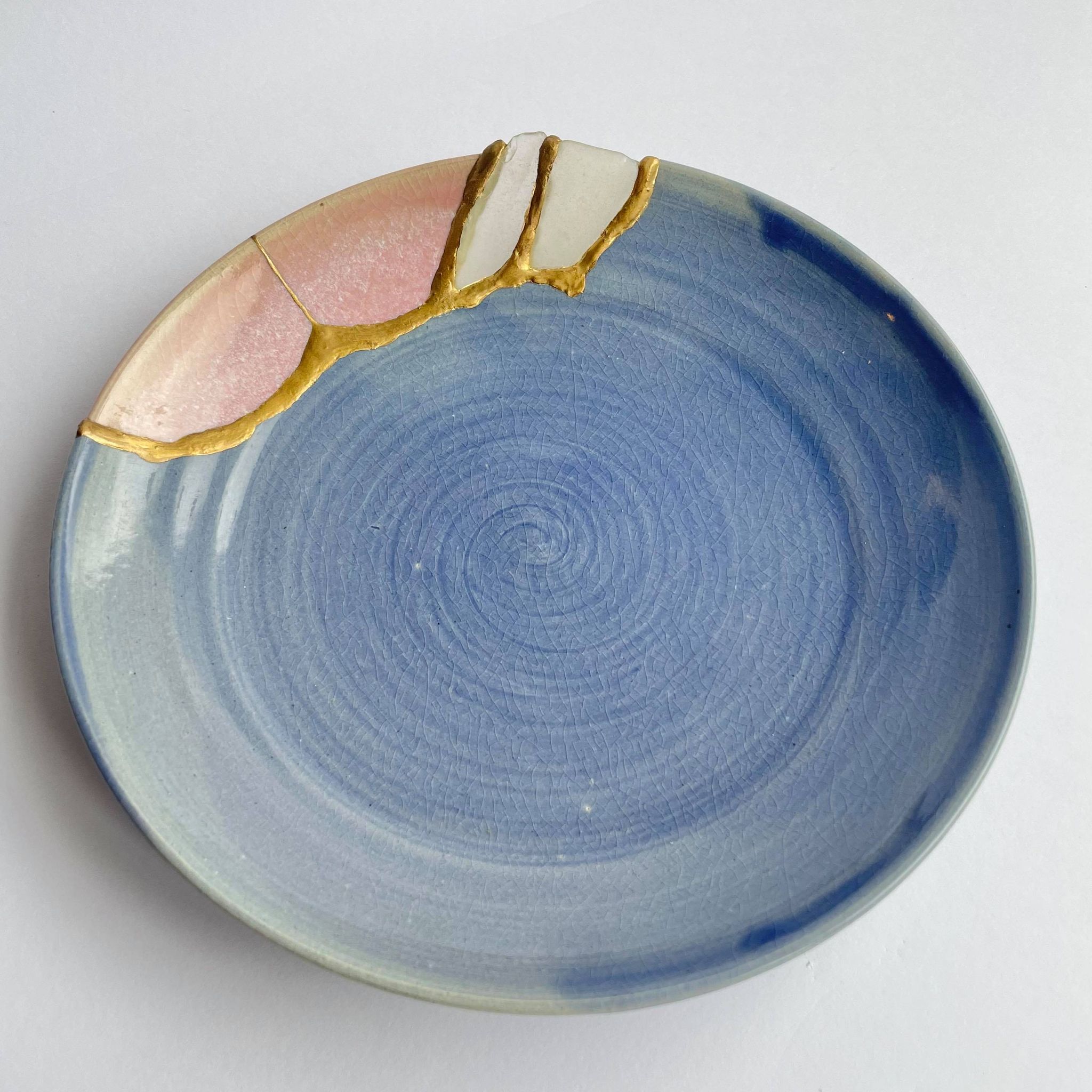 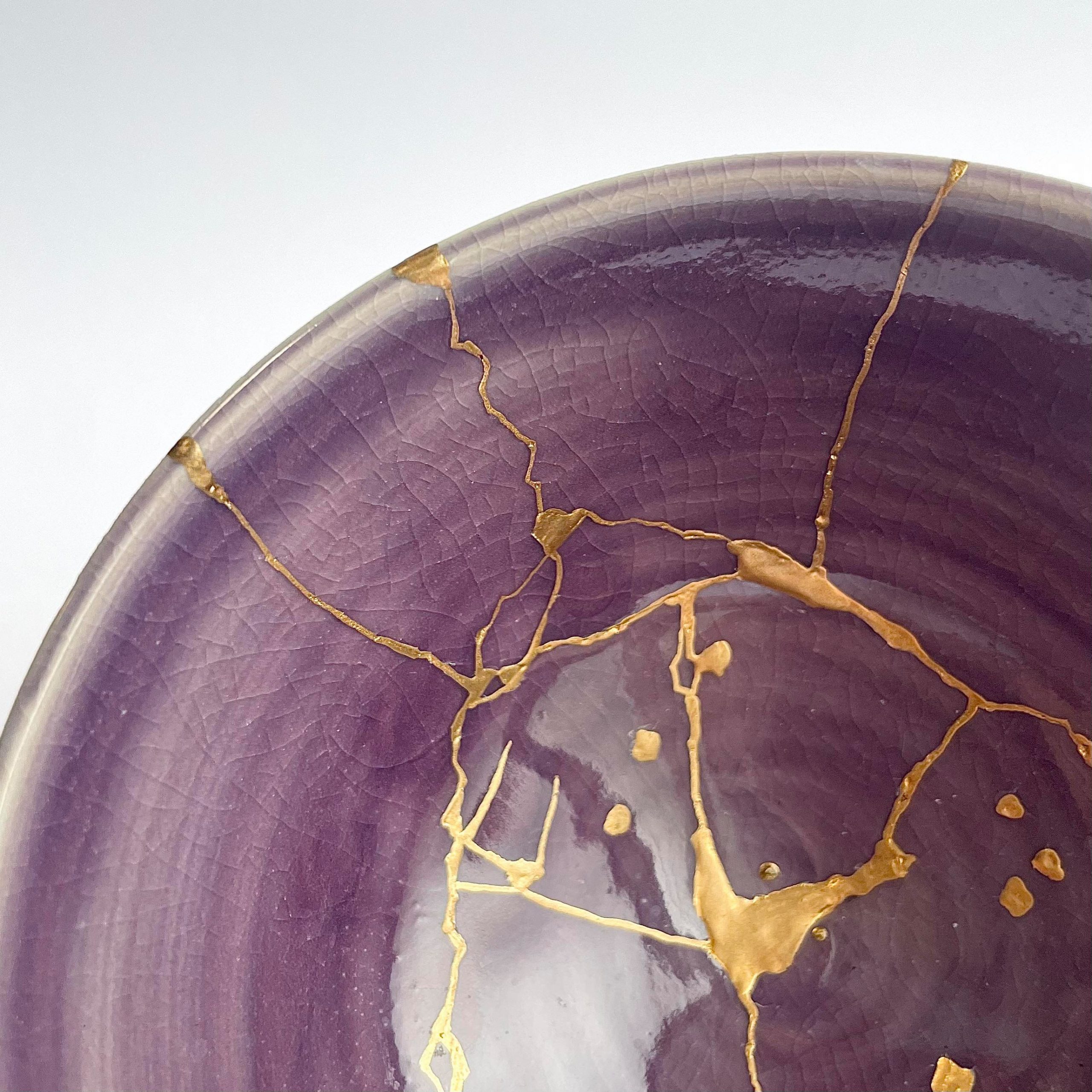 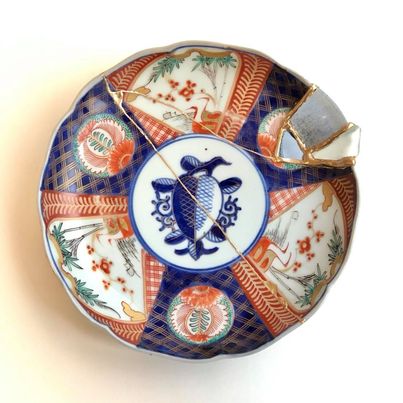 The Japanese art of kintsugi, meaning “gold joinery,” originated in the 14th century. A manifestation of the aesthetic philosophy of wabi-sabi, an appreciation of the imperfect and transient nature of the world, kintsugi is the practice of mending broken pottery with golden lacquer. Such repairs do not hide the damage of cracks, chips, and holes, but rather illuminate them by creating precious scars that reveal the history and “life” of the repaired piece.

Tomomi Kamoshita, working out of her studio in Tokyo, incorporates a modernized kintsugi technique, utilizing brass powder mixed with urushi, a Japanese lacquer, in her ceramic work, but rather than simply repairing a pre-existing cup or dish, she incorporates foreign materials such as sea glass to produce a new work of art. This creative form of kintsugi is called yobitsugi; yobi means “to call,” and tsugi means “to connect.” The new objects fashioned in the process resemble their initial form, but have irregular shapes, places of transparency and opacity, framed by thick brassy lines. Tomomi’s work does not merely add to or honor the story of a piece of broken pottery but rather gives it a second life—a new character. Sometimes she combines multiple ceramic fragments from different origins to build an assemblage with an identity only tenuously connected to the objects from which its elements came.

Tomomi has held solo exhibitions and ceramic workshops in Japan, and she has taught kintsugi workshops in cities across the United States and India. In 2019, she published a book on her kintsugi artworks, KINTSUGI – Seeing Light Through the Cracks.