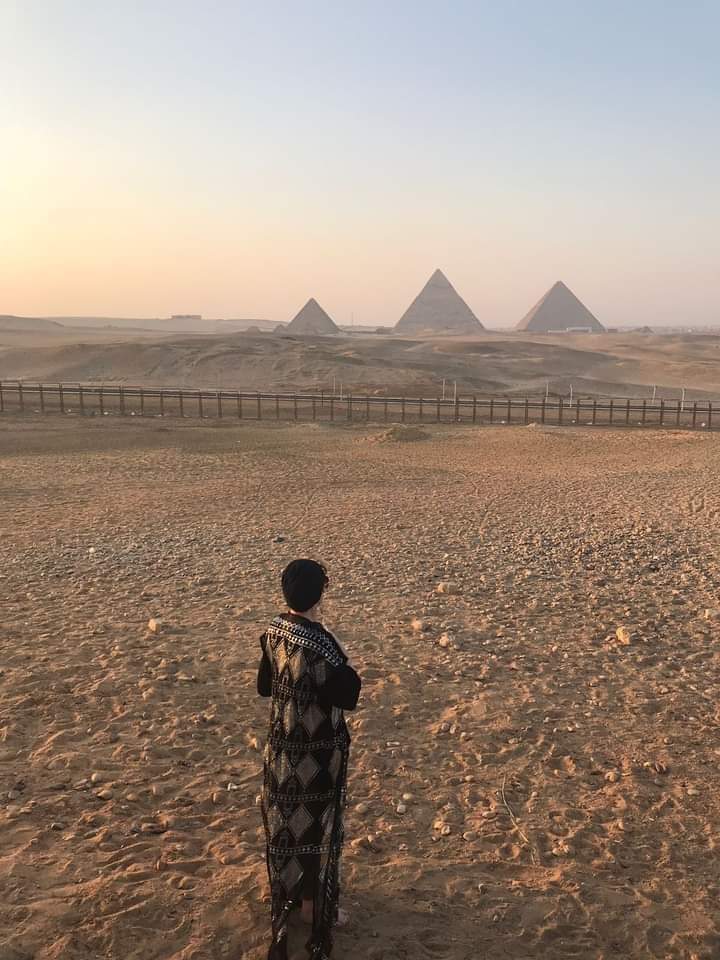 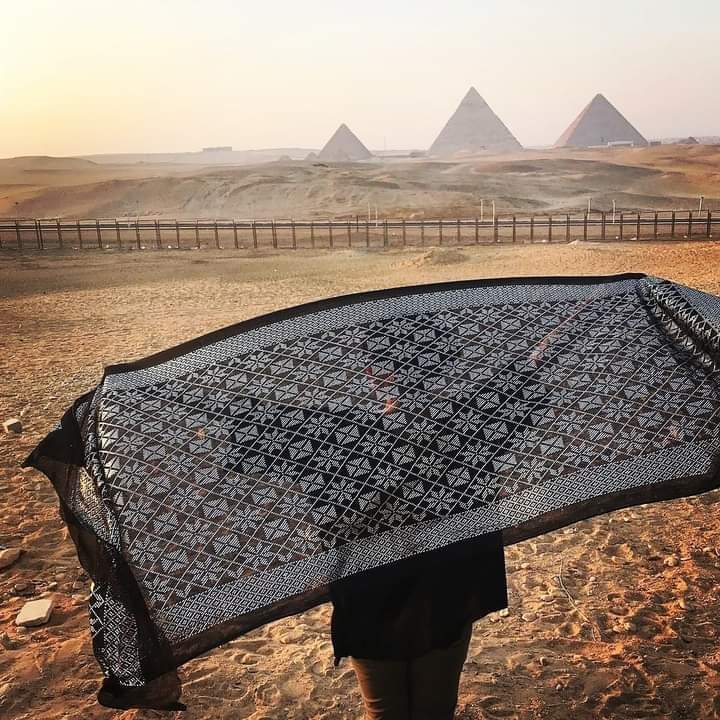 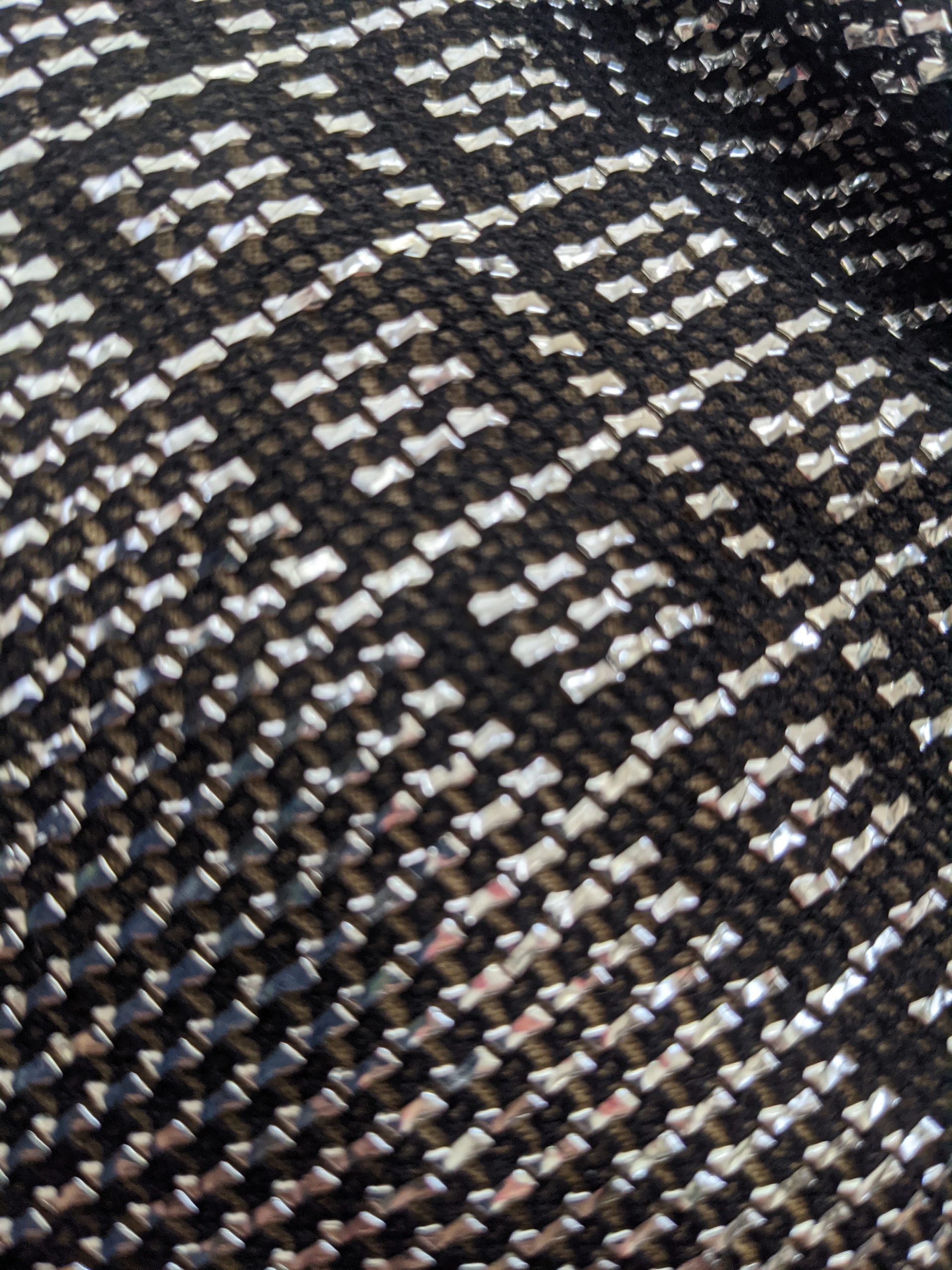 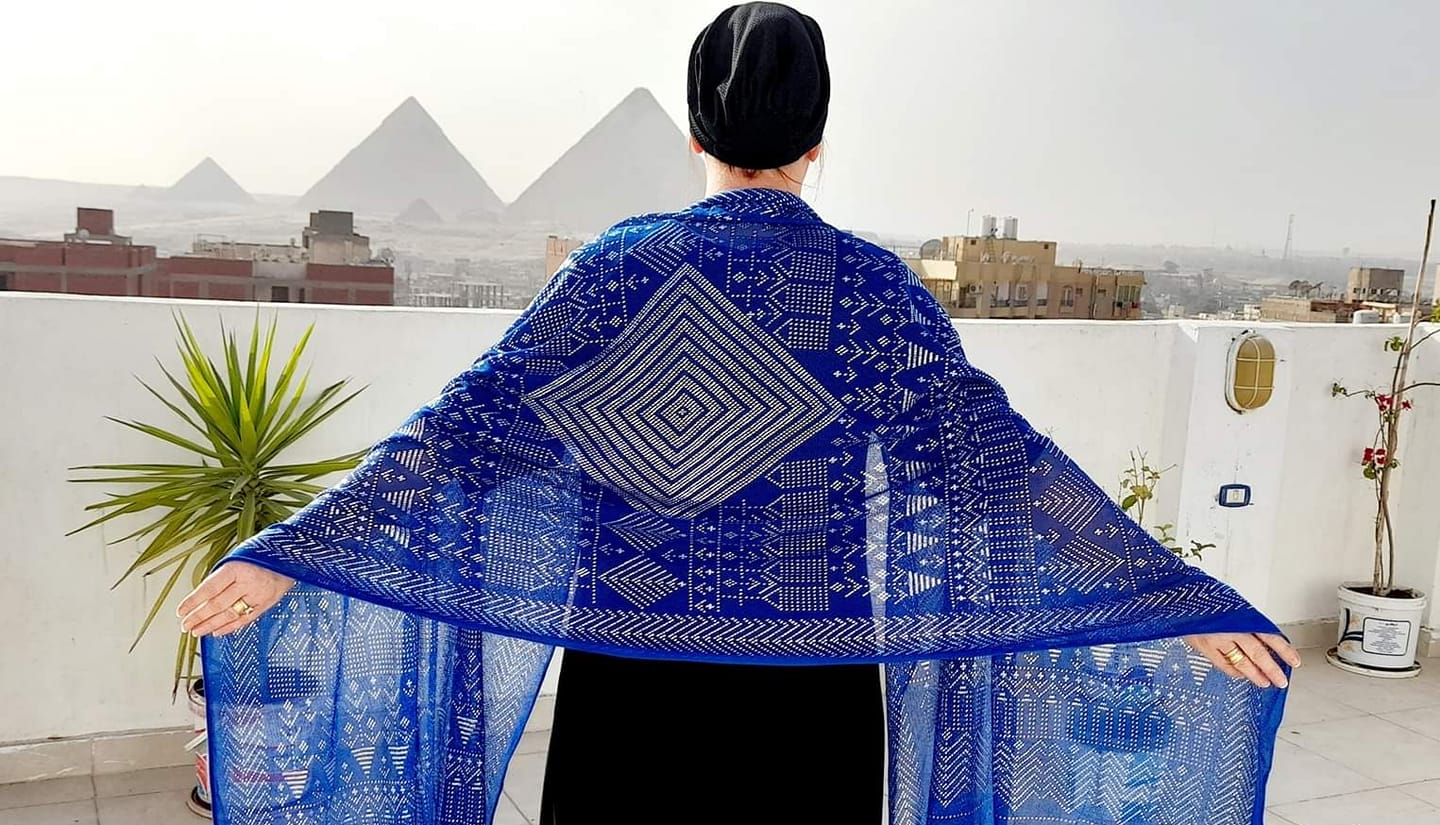 In homes in Sohag, Asyut, and Cairo, intergenerational groups of women artisans, aged 16 to 70, gather to recreate a social and artistic Egyptian tradition. Tulle-bi-telli, also known as Assuit or Assiut, is an ancient form of metal thread embroidery which was popularized in the 19th century, celebrated by early 20th century flappers for its ornamentation and elegant drape, and is making a resurgence in popularity today. The roots of the craft date back thousands of years to when Berber brides were adorned with sparkling metal-infused veils.

The construction of Assuit cloth is traditionally practiced by women, and the craft is passed down through grandmothers and mothers to their younger relatives. Long, supple metal strands (tally) are woven into a soft cotton mesh to create patterns. Specialized flat needles are used to move the metal, and each stitch, reinforced three times, is made and snipped off individually. Depending on the amount and intricacy of embellishment, one scarf, tunic, bag, or shawl can take from weeks to months to produce.

Members of the TAWC earn an income from their work that affords them financial independence and reduces their need to rely on the men in their lives for support. But each woman has her own motivations for participating in the collective. For some it is a reason to get together with friends and family, others seek a connection to their heritage and ancestors. Sarah, who will be representing the collective at the International Folk Art Market, has used the income to put herself through university. What they all share is the ability to make a living and a life for themselves while preserving an intricate and glamorous artform.