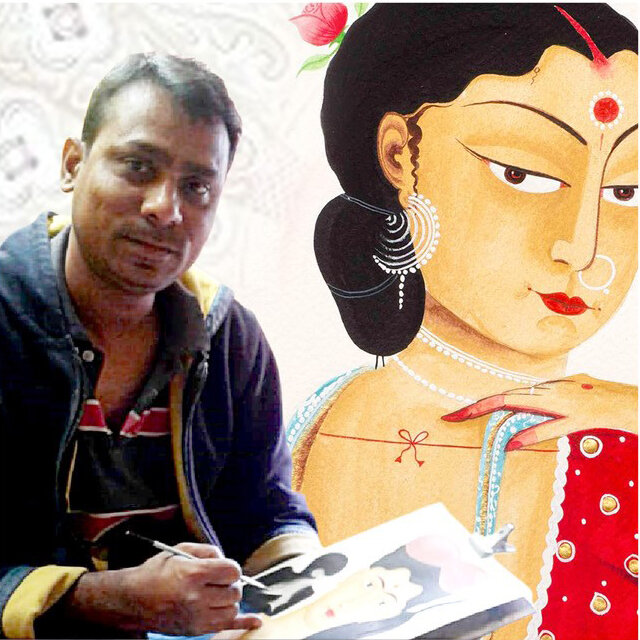 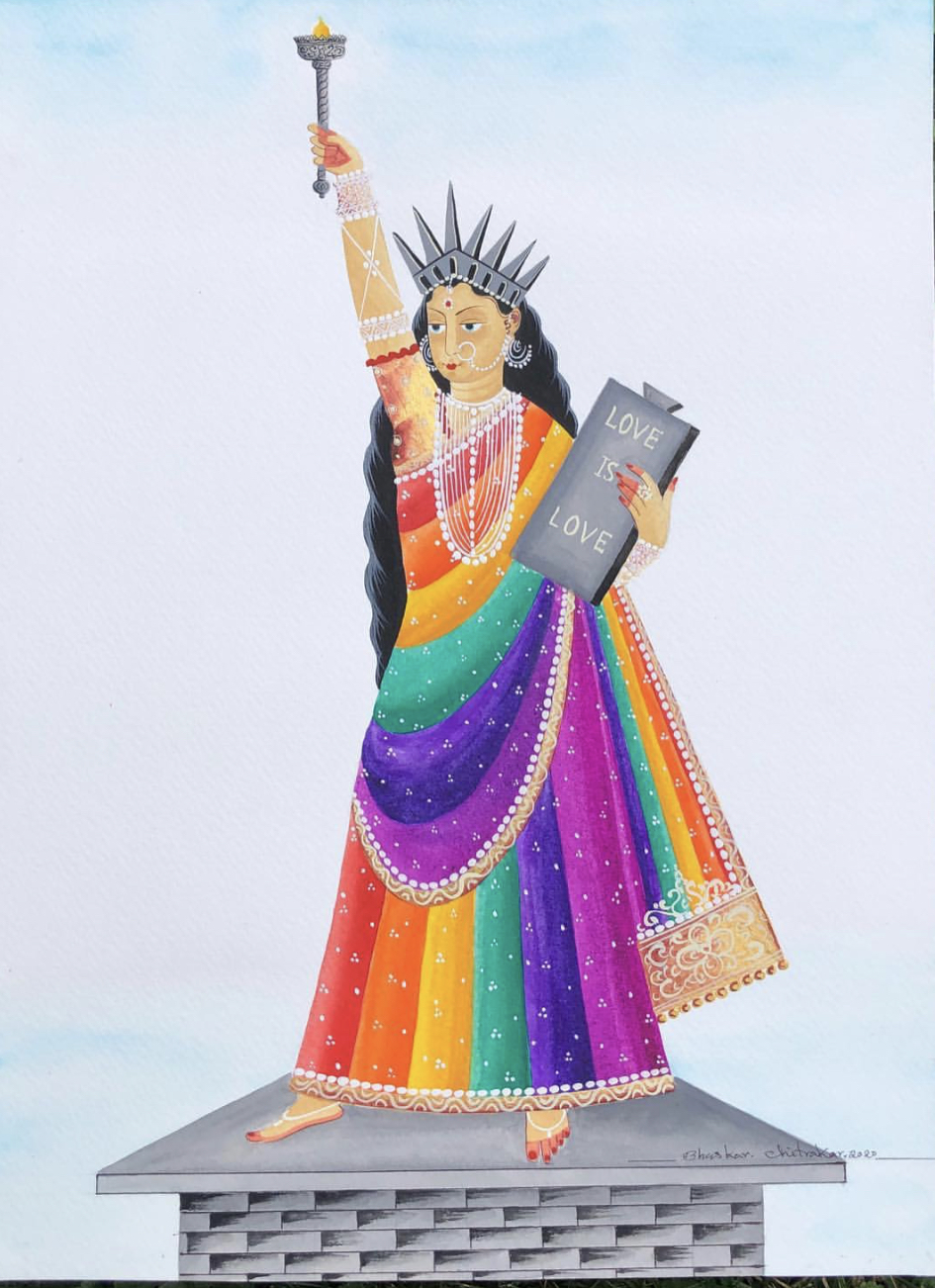 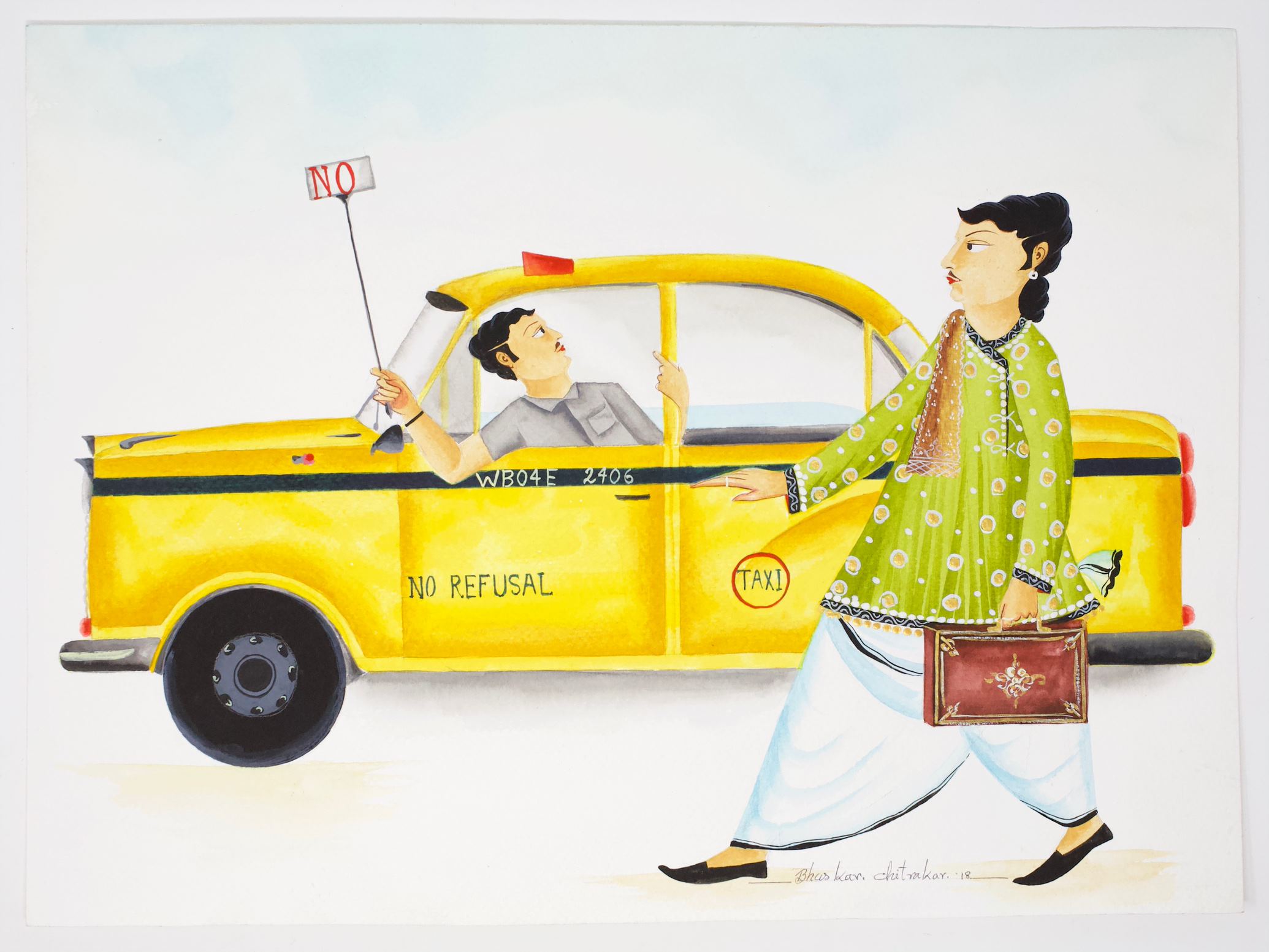 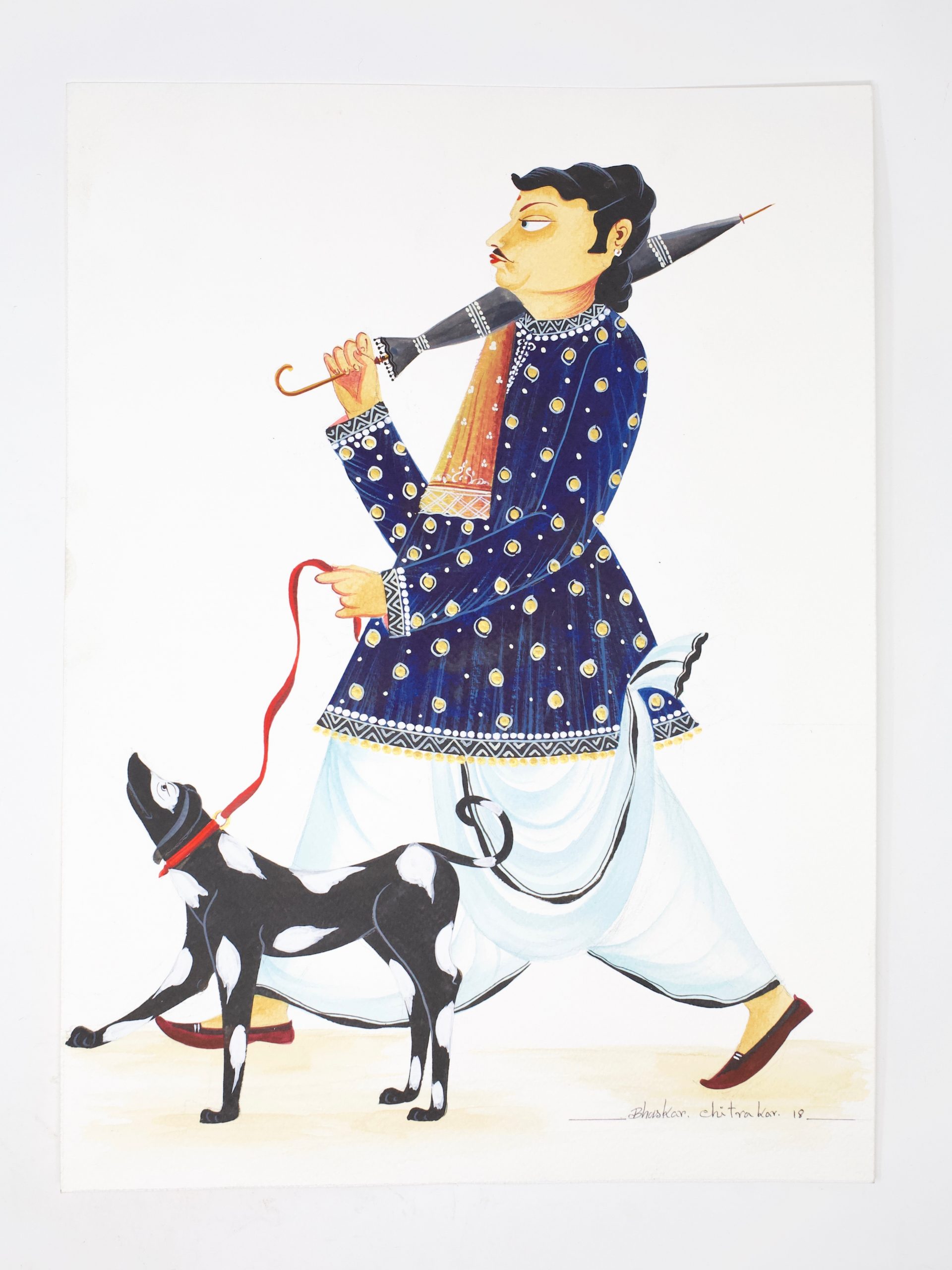 The tradition of Kalighat painting originated in the 19th century around a temple of the same name, sacred to the Hindu goddess Kali. Derived from the ancient folk art of patachitra, a type of scroll painting popular in the rural areas of West Bengal, Kalighat painting began as a type of souvenir art. Locals would create small devotional paintings of gods and goddesses for temple visitors wishing to take home keepsakes from their travels. Over time, the practice grew to become a distinctive school of Indian painting, and artists expanded their themes from the religious to the everyday, to the fantastic.

Bhaskar Chitrakar comes from a family of patuas, painters from an artisan community in West Bengal who have been practicing Kalighat painting since its inception. Taught by his father, he is one of the few artists still practicing the conventional style and techniques of the genre, though his subject matter veers away from classical themes to explore contemporary, quotidian scenes of domestic life—with a sense of humor. The exquisitely stylized and sensitively rendered figures in Bhaskar’s paintings are found in familiar situations: walking their dogs and cuddling their cats, taking selfies, or going for tuk-tuk rides. In some paintings, his subjects are depicted dealing with the issues presented by the COVID-19 pandemic, battling a deity-like personification of the virus with massive vaccines or donning masks to carry on with their social lives, albeit two meters apart. The exaggeration and absurdity infused into his paintings exist to bring a smile to the viewer’s face, even when considering serious topics.

According to Bhaskar, Khaligat painting has severely declined in popularity. He hopes his work will not only keep it alive but revive this artform that was once a prominent and thriving creative practice in his community, and to one day pass the tradition on to his son.