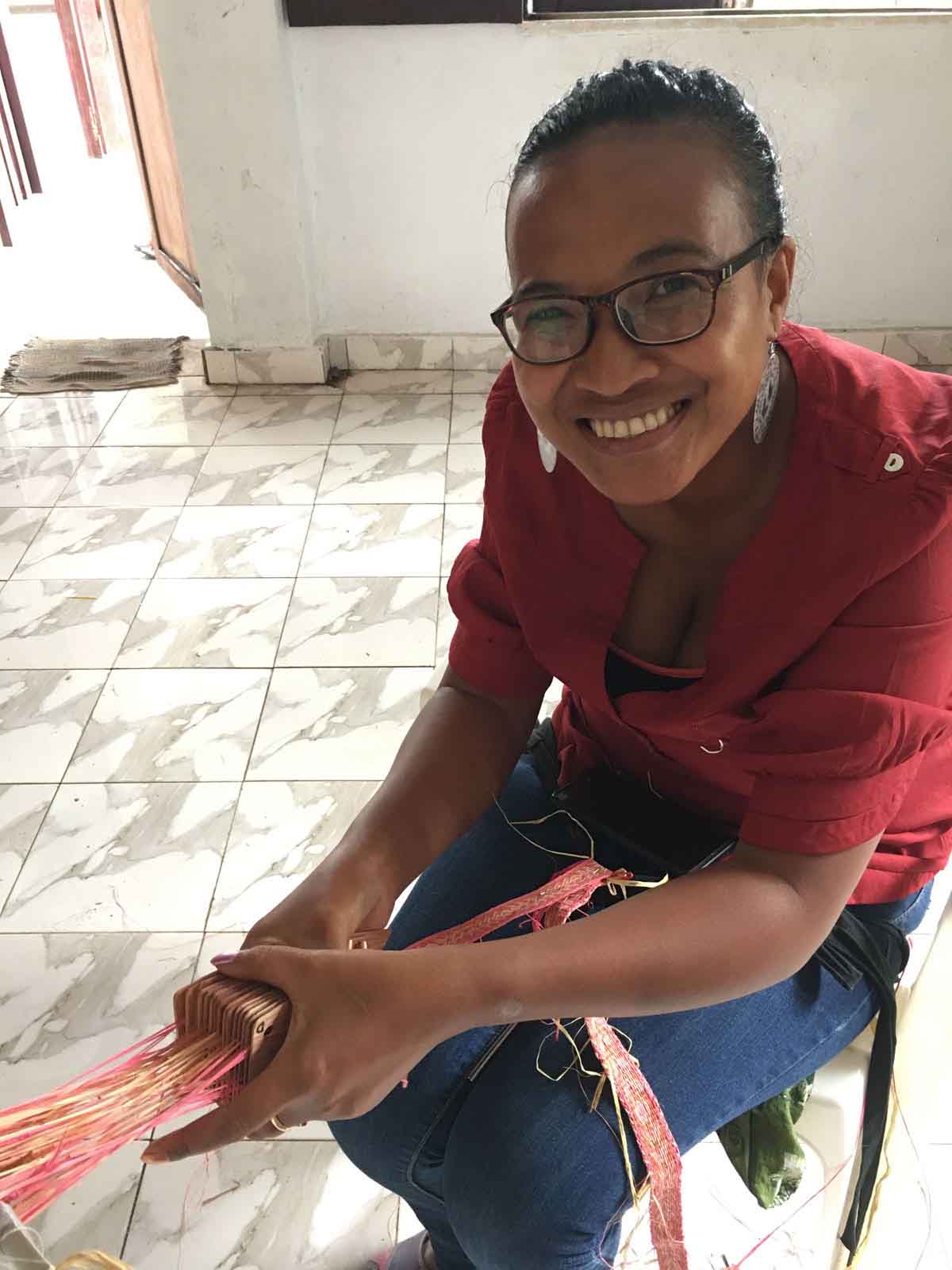 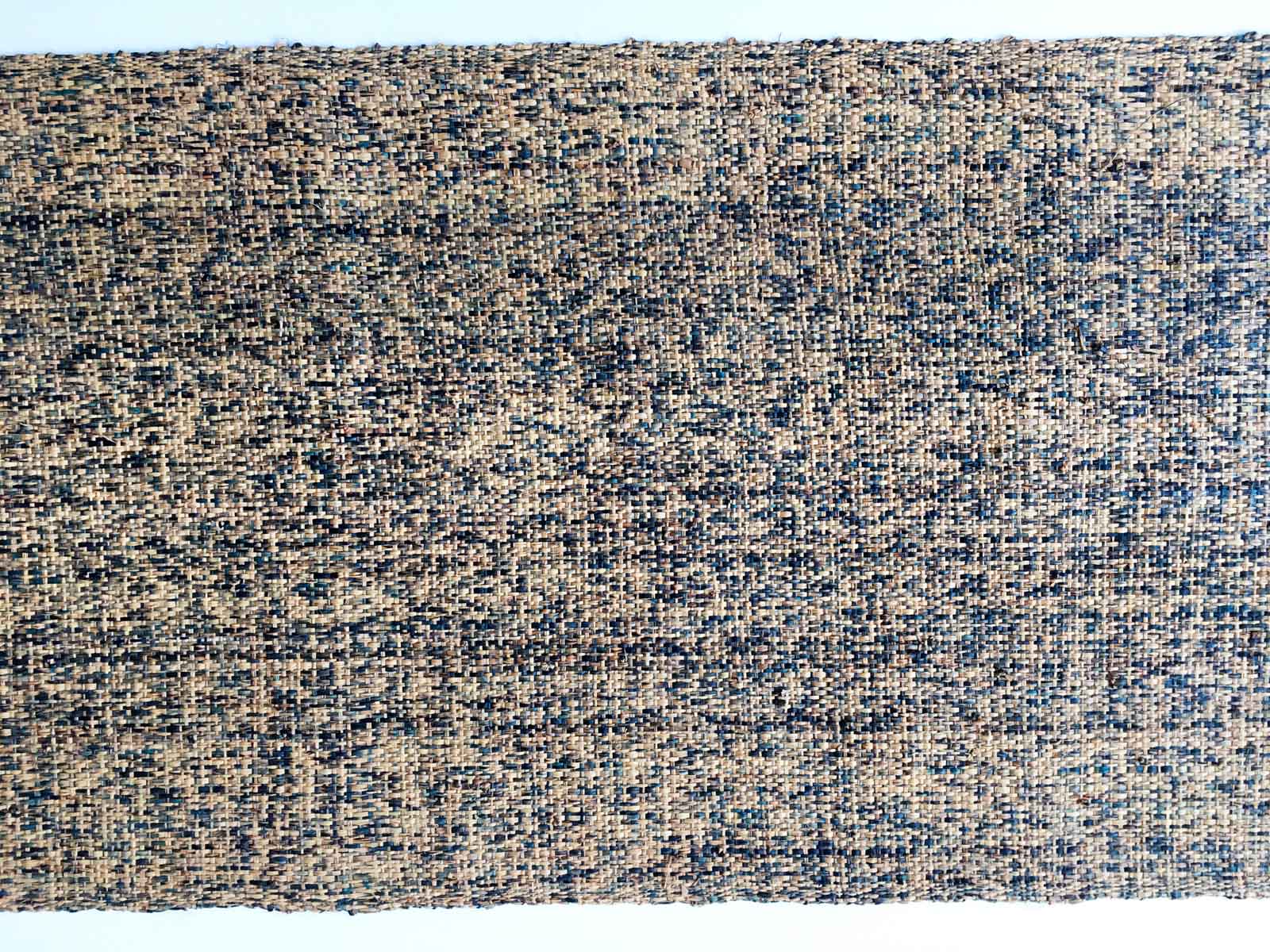 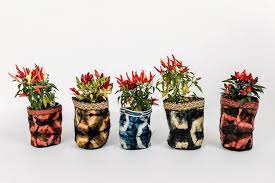 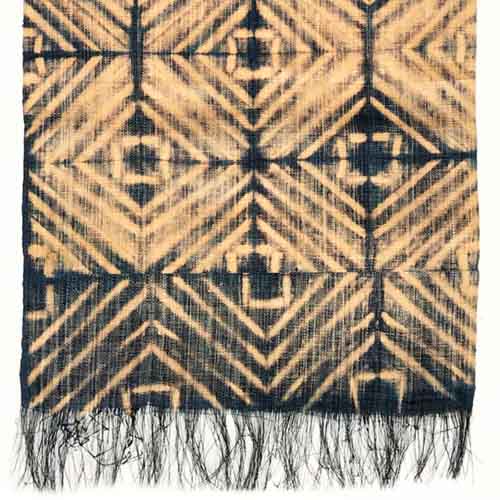 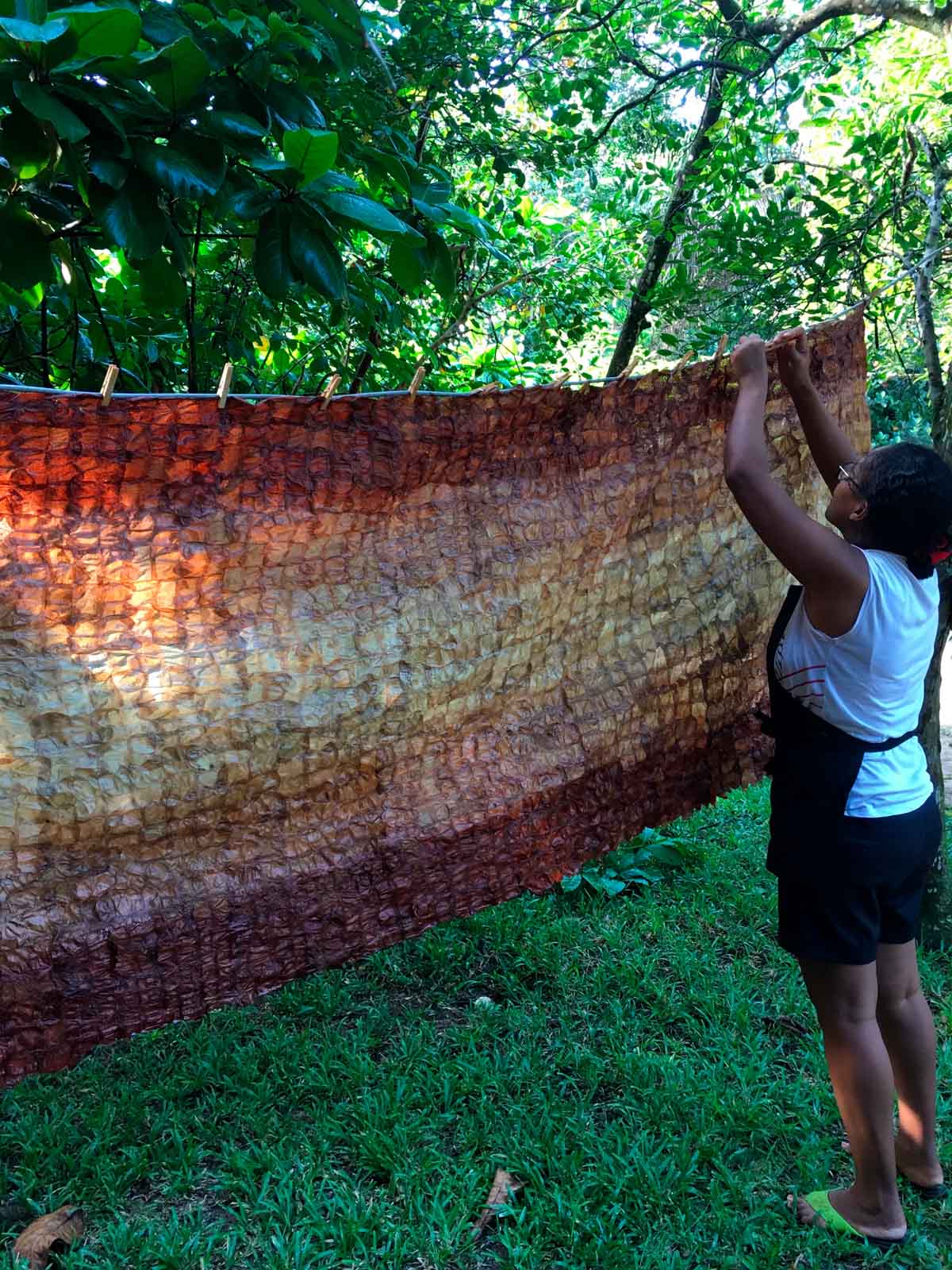 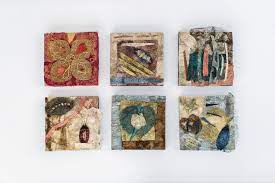 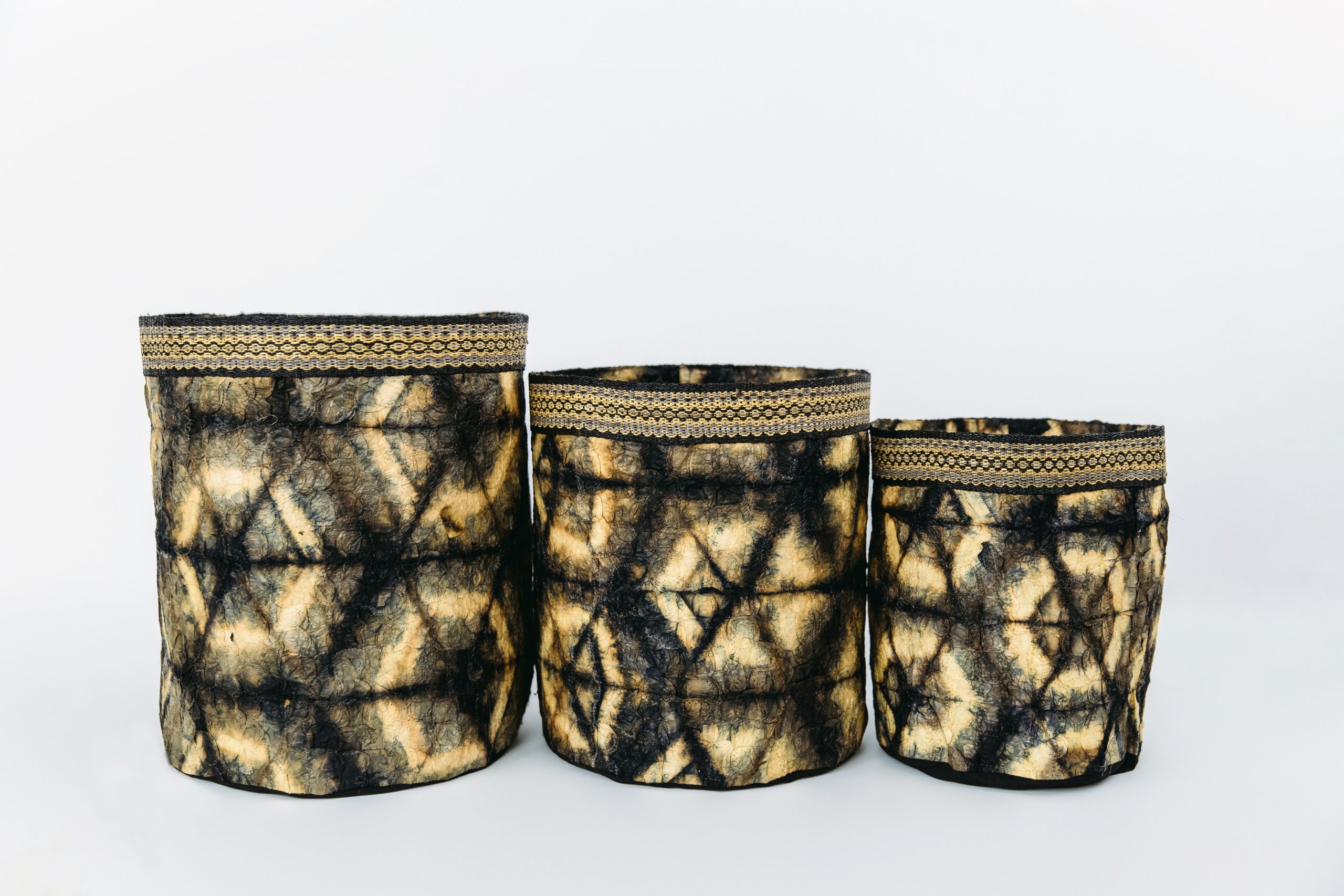 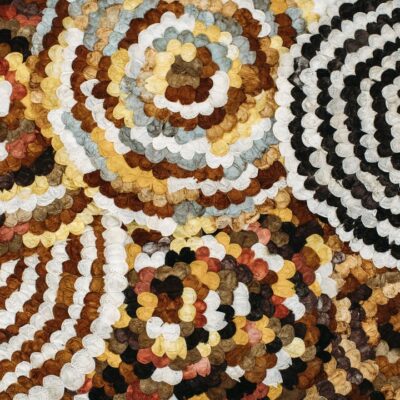 Madagascar is a tropical island nation known for its incredible biodiversity, but its environment, and by extension its people, have been negatively impacted by the effects of climate change. Cay Craig, a trained ecologist and evolutionary biologist, was conducting research in Madagascar when she came up with a creative solution to address the increasingly urgent human and environmental needs in the country. She founded CPALI, Conservation Through Poverty Alleviation, International, and through this organization, she began working with Malagasy communities to establish a sustainable farming and crafting program, Ta’na’na Silk Madagascar, that brings living wages to locals while supporting biodiversity and contributing to a healthy natural environment.

There are many species of silk moth endemic to Madagascar, but they do not all produce the kind of silk that is used to spin textiles. To make use of un-spinnable silk, Cay devised an ingenious method of creating non-woven textiles assembled from sewn-together cocoons. The system behind producing these textiles is simple and eco-friendly. Farmers plant native trees which become habitats for indigenous silk caterpillars. The caterpillars produce cocoons which are harvested and processed without harming the insects. Artisans create textiles from the cocoons which may be dyed or left their natural colors, and those textiles are turned into home goods like placemats, table runners, and fabric baskets, as well as original artworks and art supplies. Raffia production was later added to the program, and artisans were taught a hand-weaving technique to produce raffia bands that become belts or embellishments for their silk wares.

These wild silk textiles are completely unique; they are not made anywhere else in the world. The diverse moths cultivated by the program’s farmers produce a variety of cocoons that vary in texture, density, color, and iridescence. The textiles made by the program’s artisans illuminate and celebrate these differences. All of the money made from the sale of Ta’na’na Silk Madagascar’s products goes to its farmers and artisans, and into the program to continue the cycle of cultivation and production for years to come.