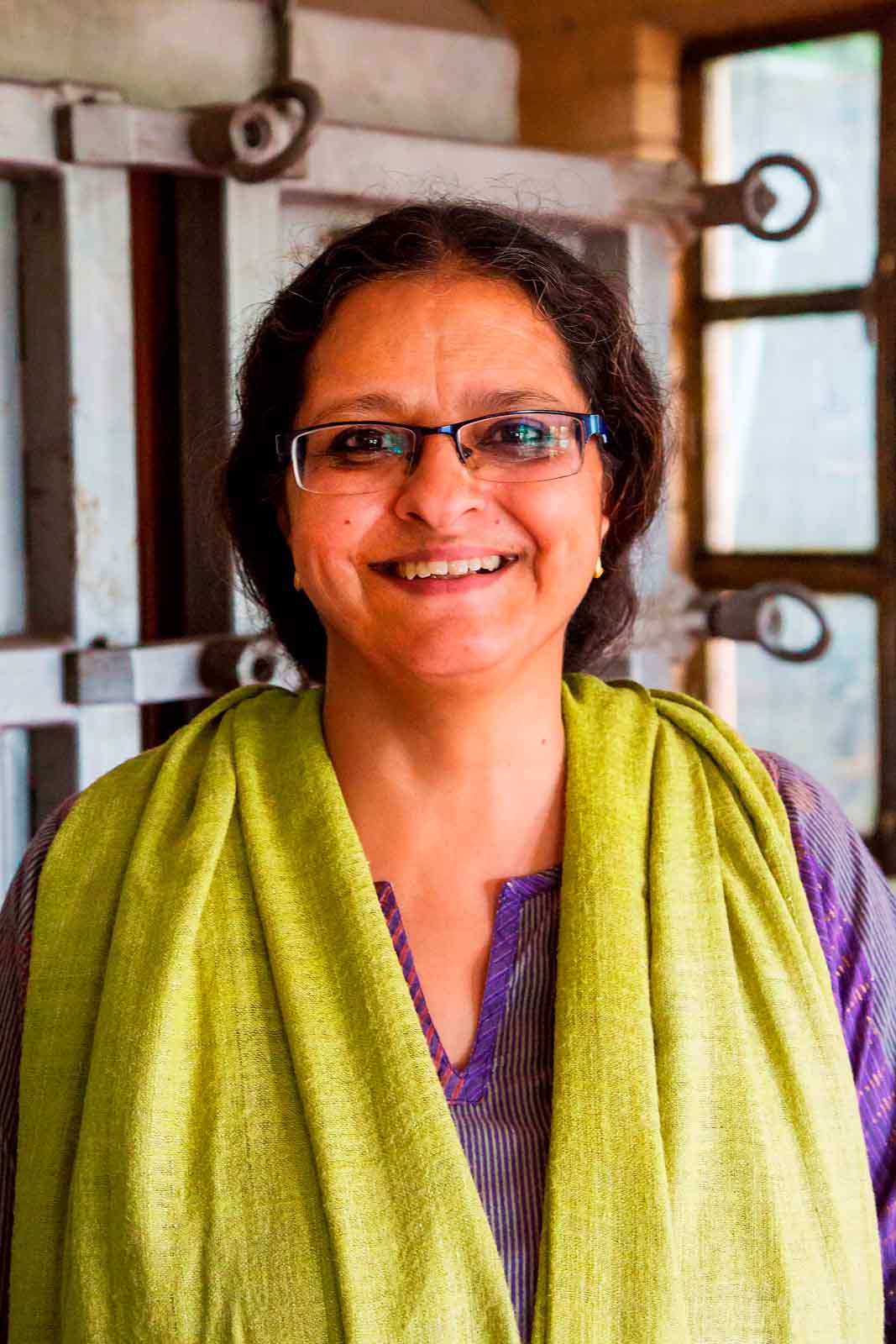 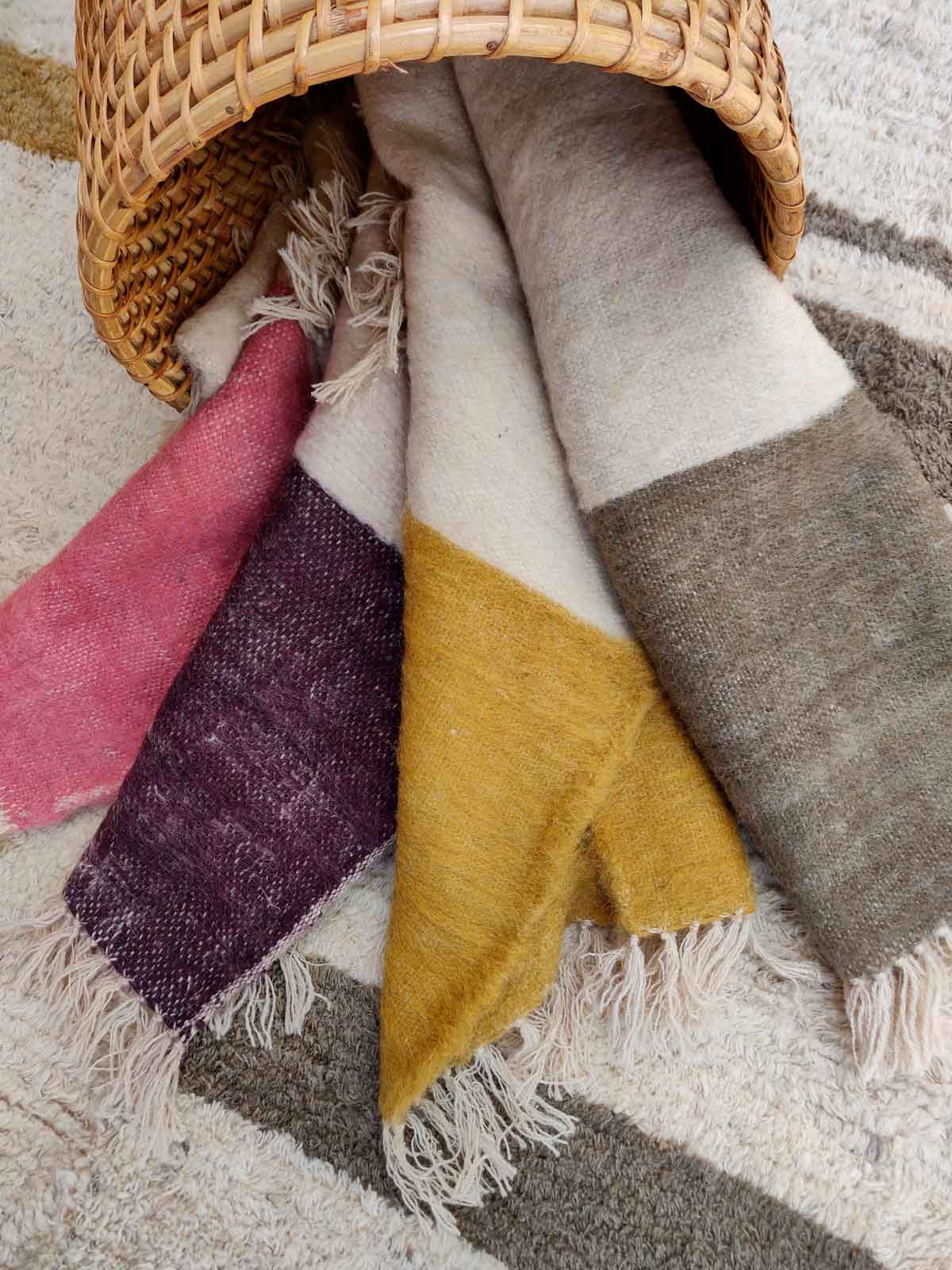 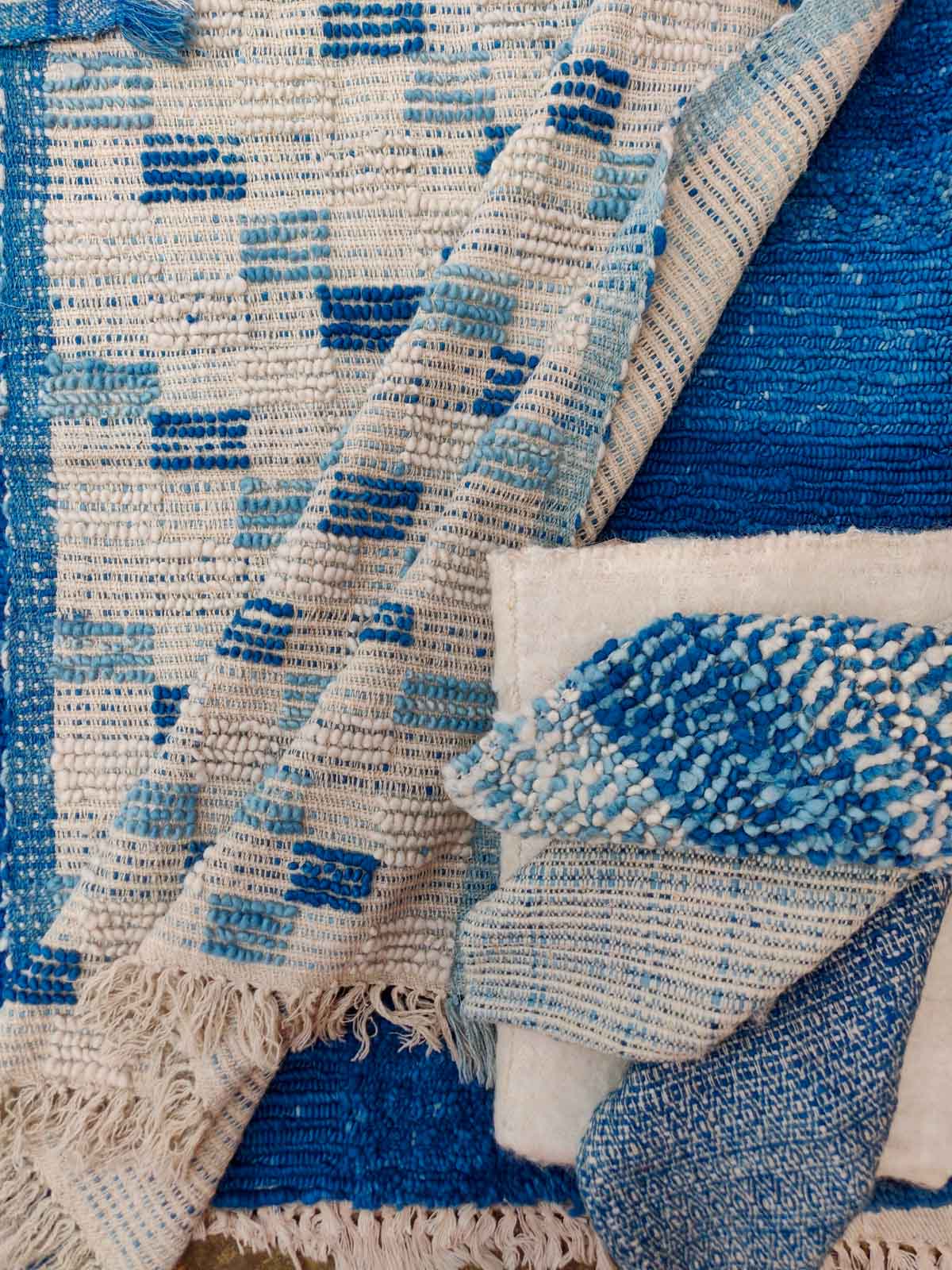 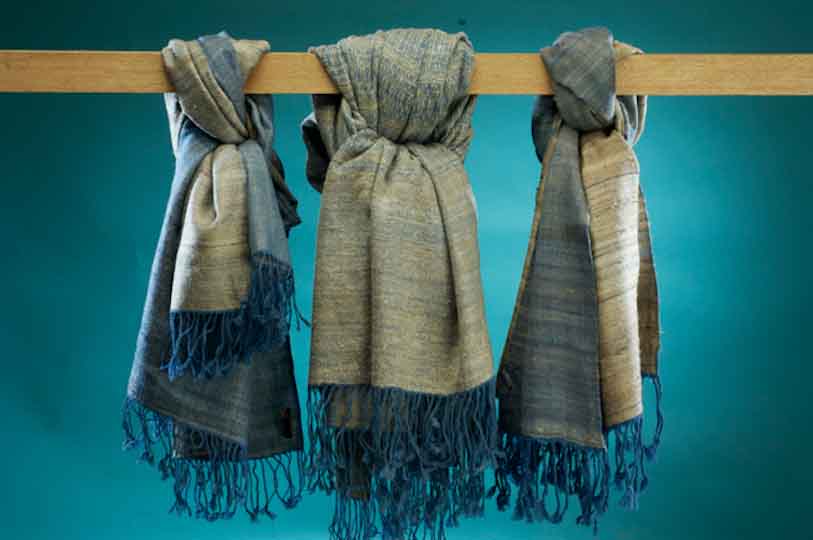 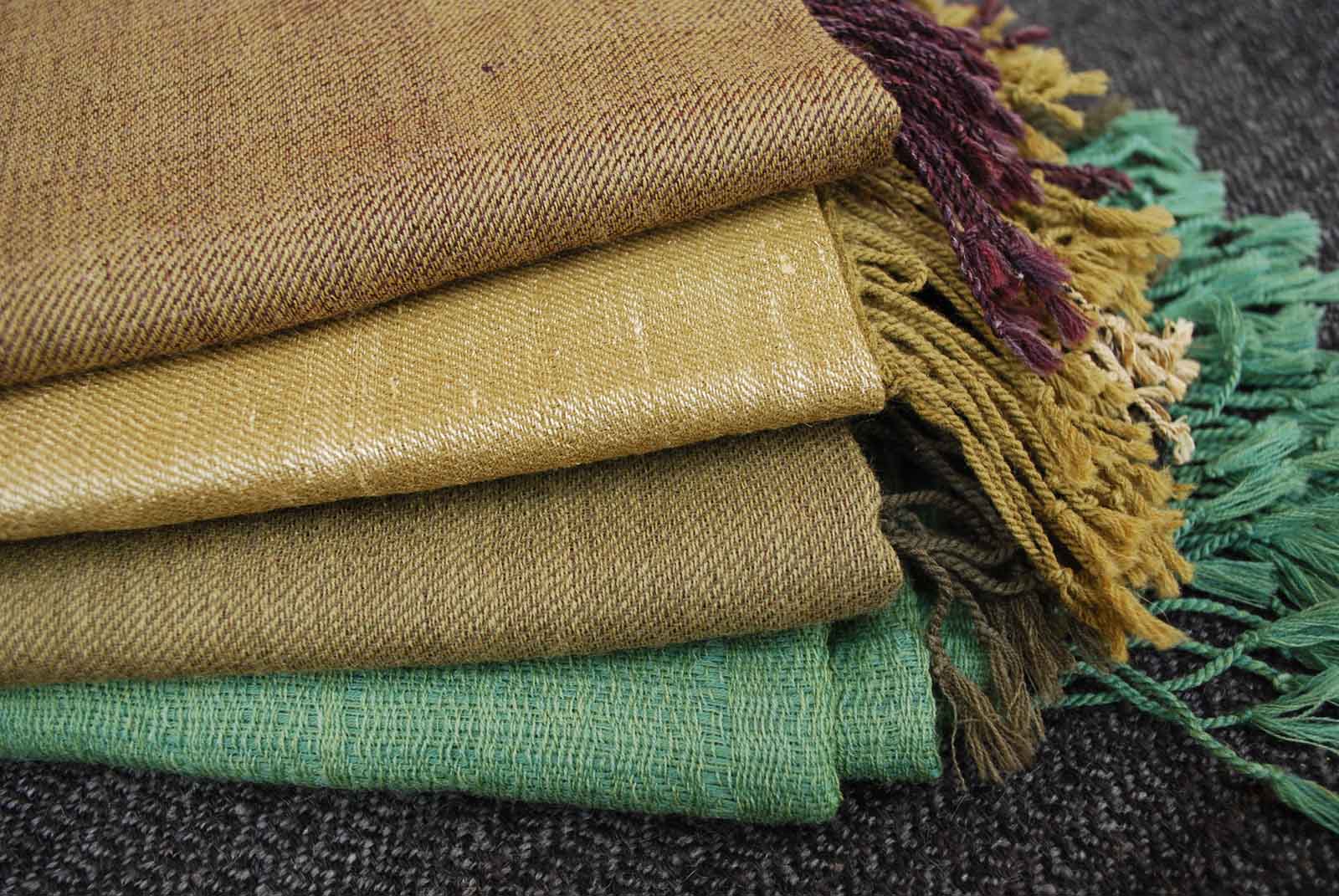 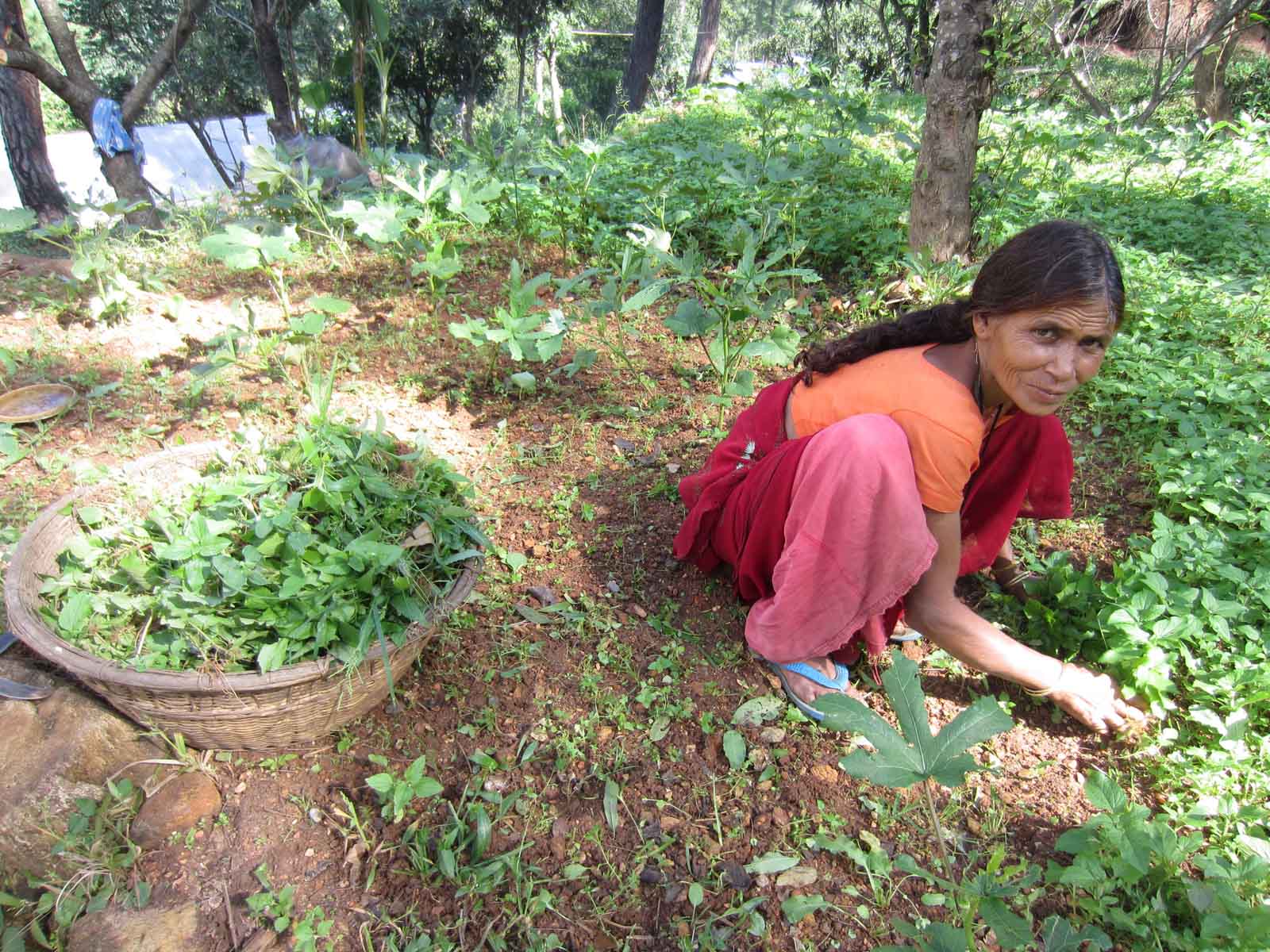 Avani Earthcraft was founded in 1997 by Rashmi Bharti, who will be coming to Santa Fe to represent the group, and Rajnish Jain. For over 20 years, Avani has revived traditional textiles, many from the Shauka community, a nomadic group known for thulma. These include semi-felted woolen blankets  and chukta, a type of rug. Today, Avani Earthcraft works hard to preserve these and other traditional styles while introducing new, economically, and environmentally responsible products, as well as harvesting natural dyes from local plants.

One of these plants, Ageratina adenophora, is an invasive weed introduced from Central Mexico in the 19th century as a garden flower. Called ban mara or “forest killer” in parts of the Himalayas, it destroys the native vegetation of vast tracts of land. Avani Earthcraft gives the ecosystem a chance to recover by harvesting large amounts of the plant to make a range of yellow and olive green natural dyes.

Avani Earthcraft’s careful production processes use only clean energy and organically sourced material. After 15 years of studying indigenous pigments, the cooperative currently works with a color palette of 30 shades derived from local sources. This palette adorns a range of unique and useful textile products, including shawls, home furnishings, and clothing.

The first step in creating an Avani Earthcraft textile is spinning raw wool and silk into thread. Hand-spinning, practiced by both men and women, is an activity typically done at home and provides a supplementary source of income to many community members.

Today, interest in preserving ancient weaving and dyeing customs has been rapidly declining. Avani Earthcraft hopes to combat that by establishing weaving centers in villages across the region, thereby creating economic incentives for young people to carry forward this craft.