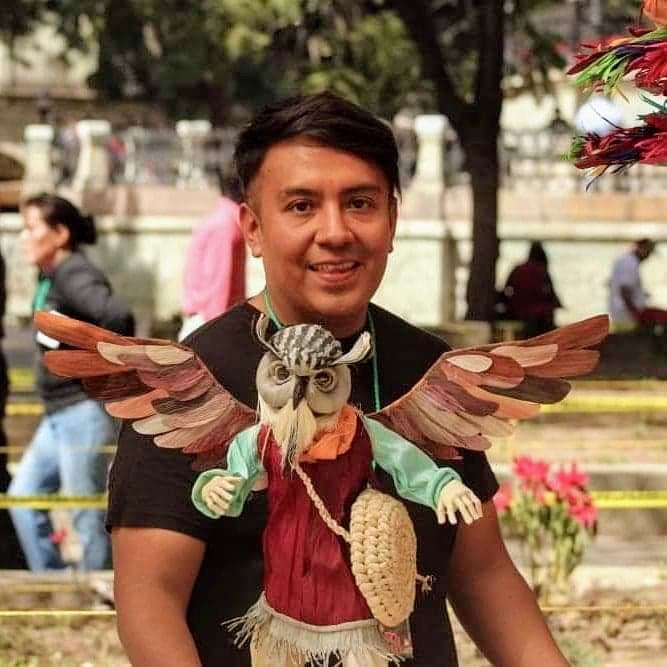 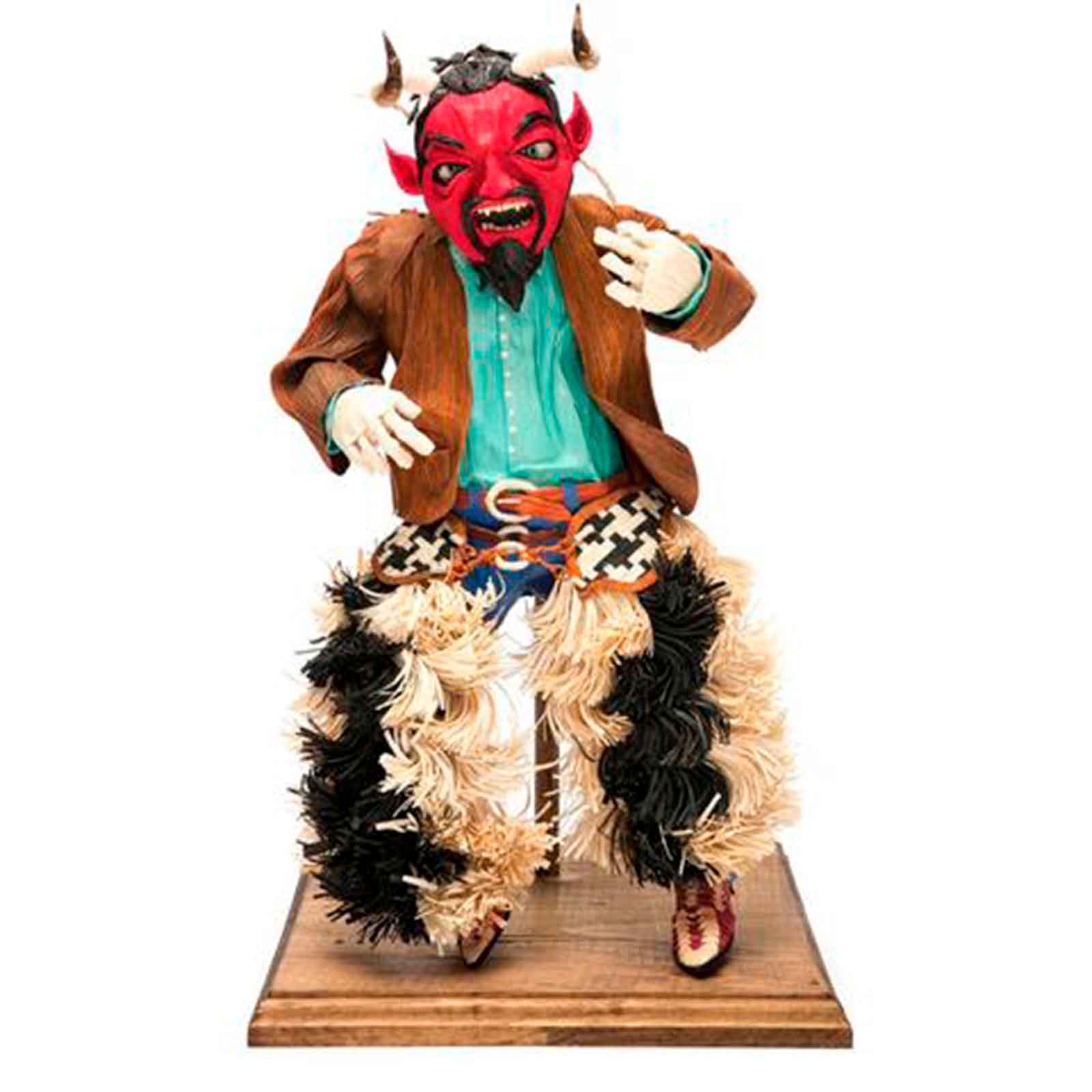 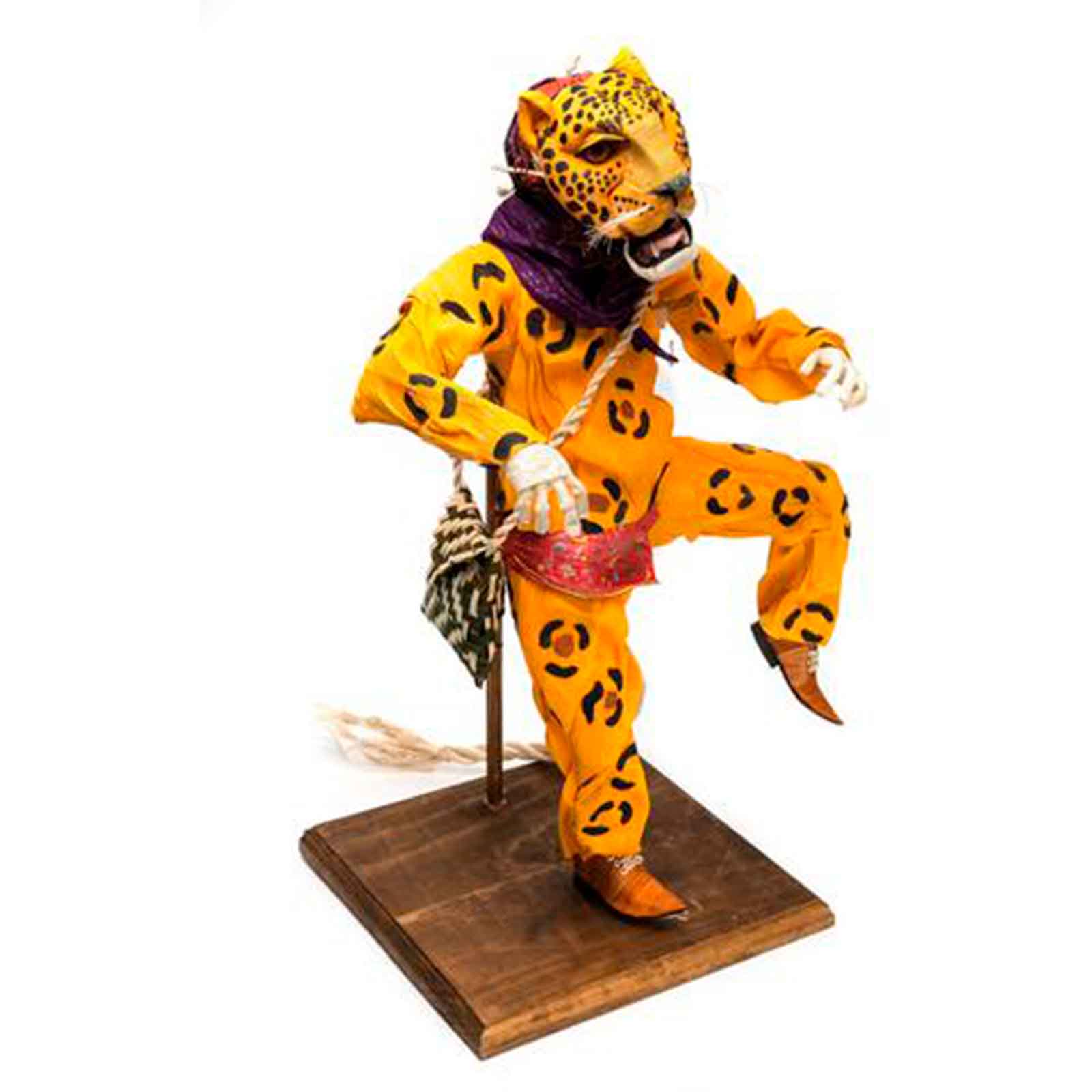 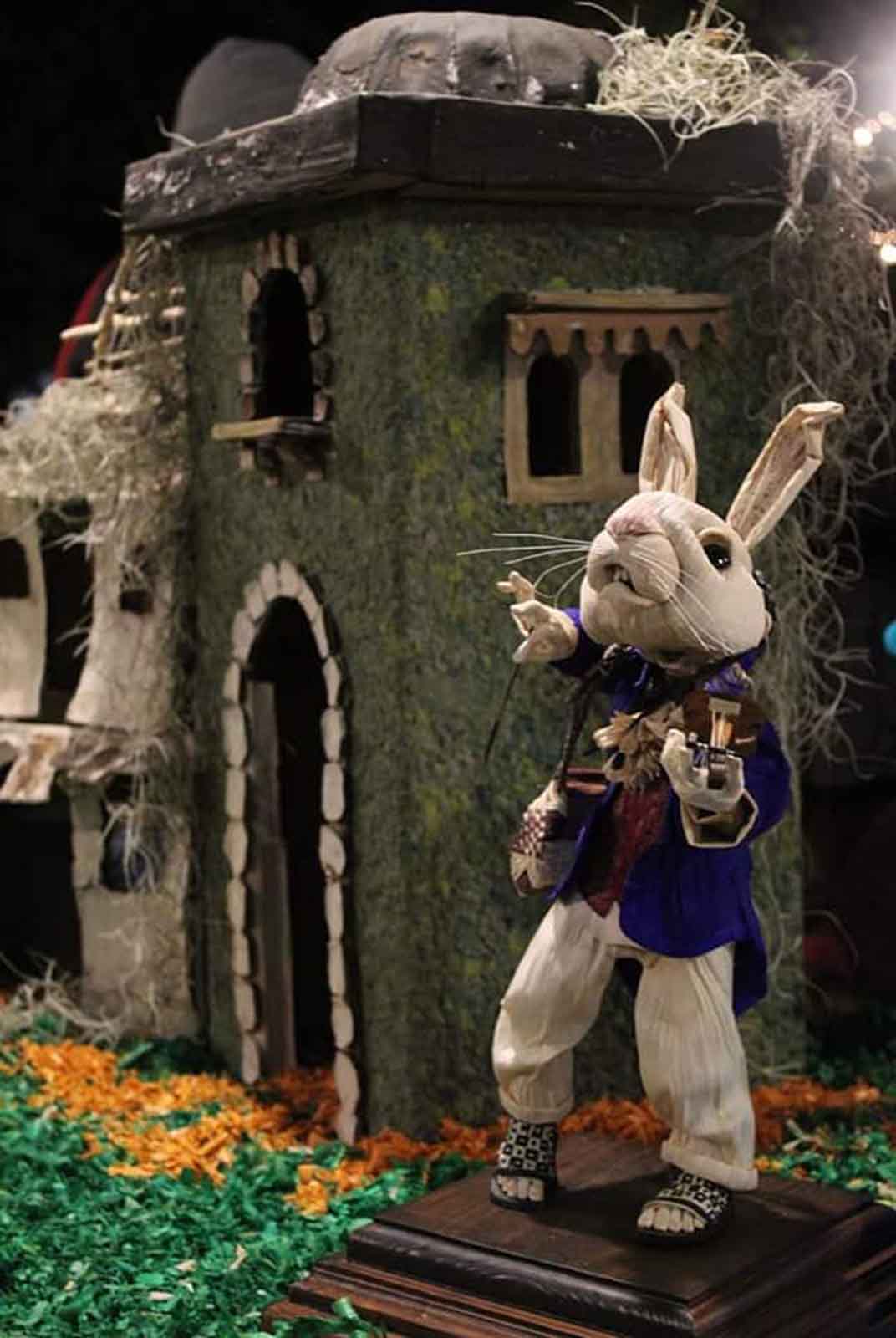 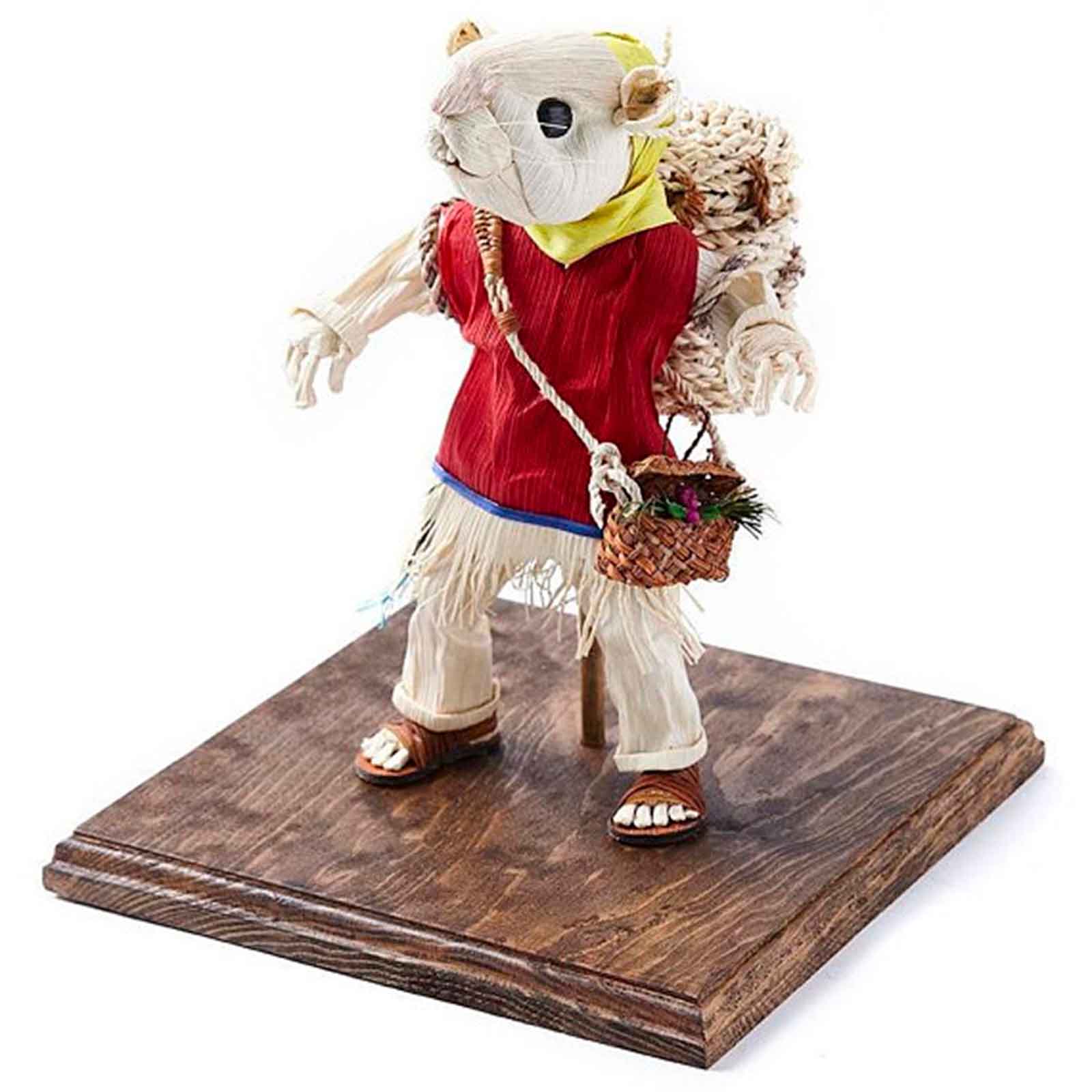 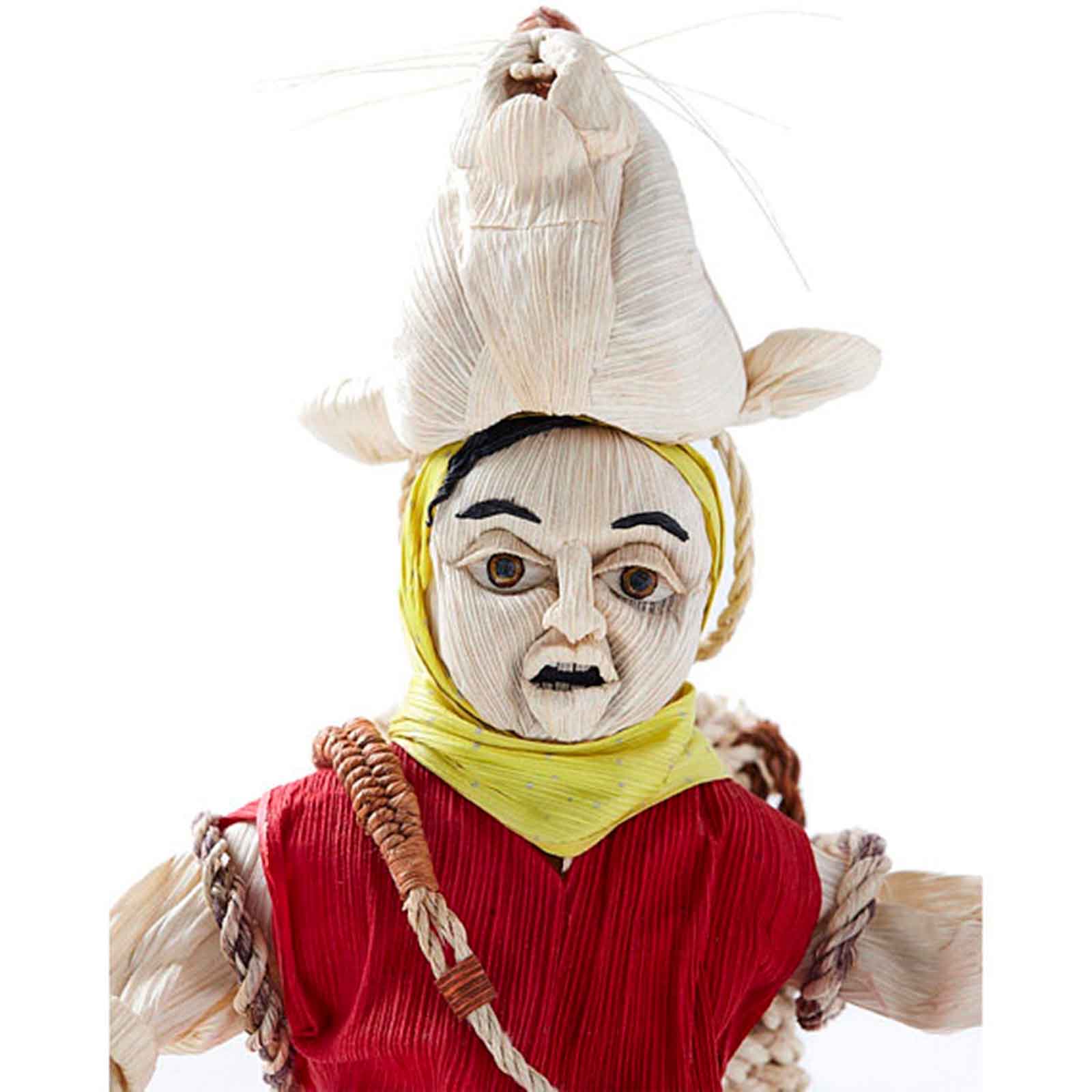 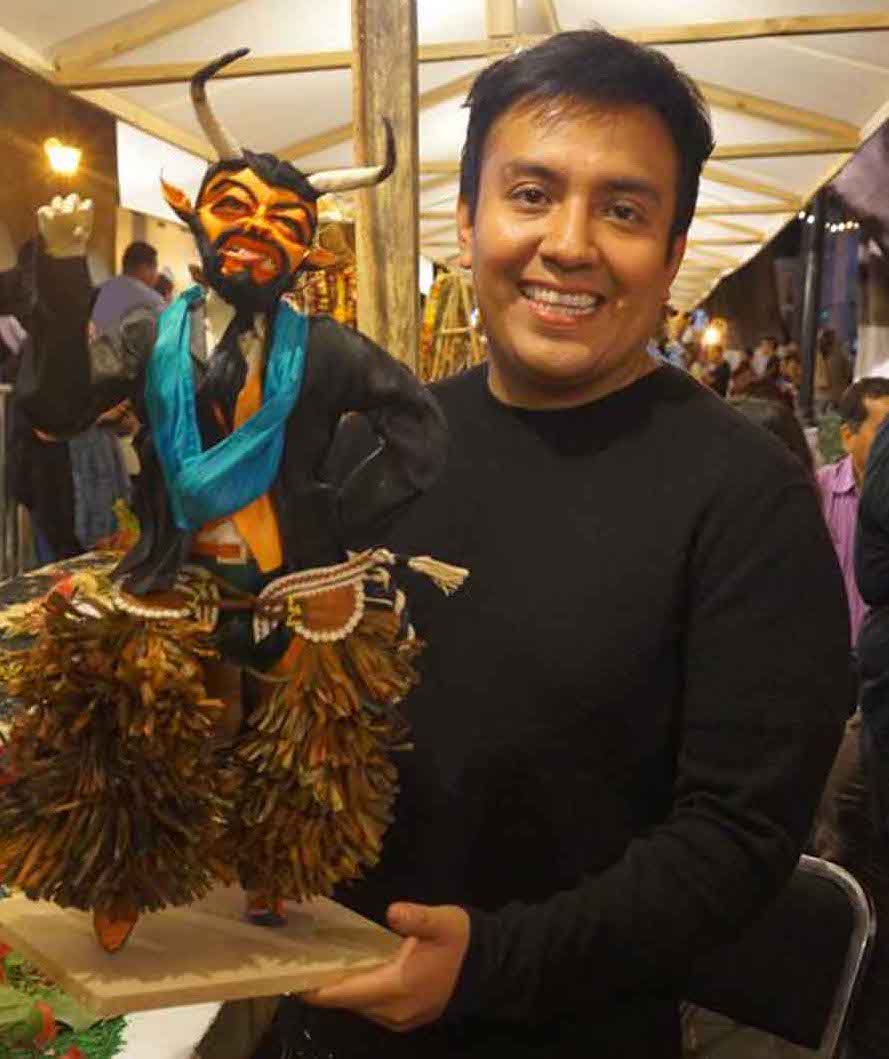 Born in Nezahualcoyotl, Mexico, master artisan Marco Antonio Ruiz and his family lived in Mexico City for several years. It was here that he first fell in love with art, while watching his mother hand-stitch and decorate cloth dolls. “From the moment I saw these figures I was fascinated,” Ruiz recalls. “I spent whole nights and early mornings sewing with needle and thread, and eventually I began to draw my own designs.”

Later, when the family returned to their native Oaxaca, Ruiz experimented with using corn husks as a base for his artwork, first making flowers and arrangements for parties and then scaling up to sculptures. Today, his prolific output of corn husk figures includes mythical figures, animals, and more. Ruiz gets husks from local sources and uses dyes of natural origin. From this seemingly humble material, Ruiz makes sculptures that represent the colorful myths and legends, along with the daily life of his ancestral Zapotec culture. Ruiz starts with sketches of characters from stories he grew up with, and also culled from conversations with elders in his community.

Along with traditional techniques like adorning the corn husk figures with colorful thread, Ruiz further embellishes them using his own unique methods of folding and multi-layered braiding. Most of his sculptures also feature areas of elaborate painting, which entails a combination of brushwork and liquid-pigment dyeing.

One of the cornerstones of Zapotec culture, according to the artist, is the concept of magical thinking, popularized by writers like Gabriel García Márquez but not always associated with visual artwork. “From a very young age I have been influenced by magical stories populated with anthropomorphic beings,” says Ruiz. Luckily for his growing legion of fans, Ruiz has a rare talent for bringing these creatures to life.