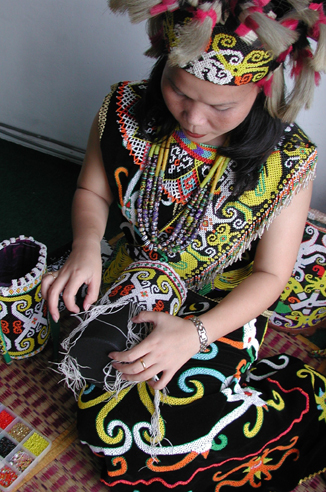 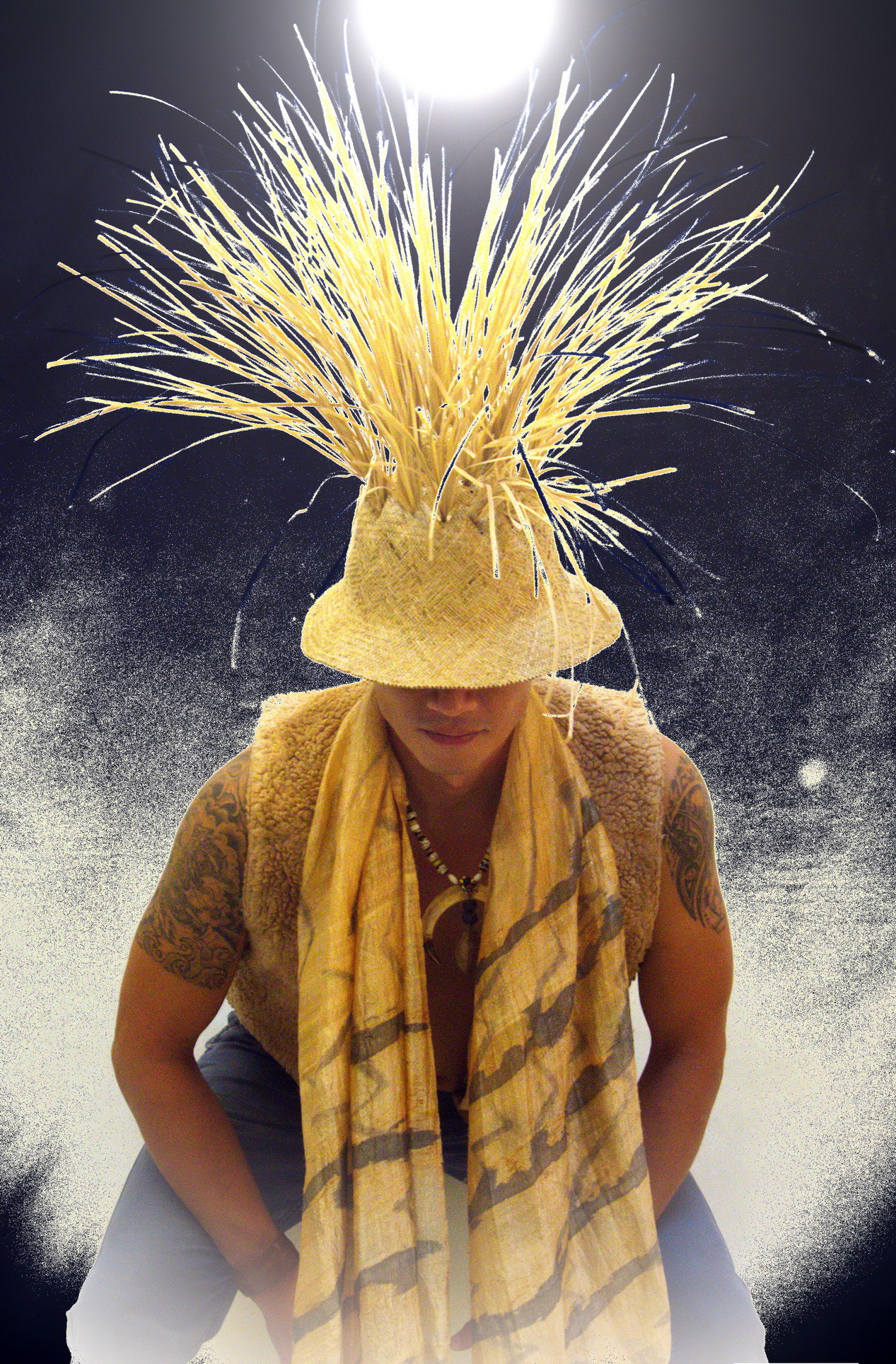 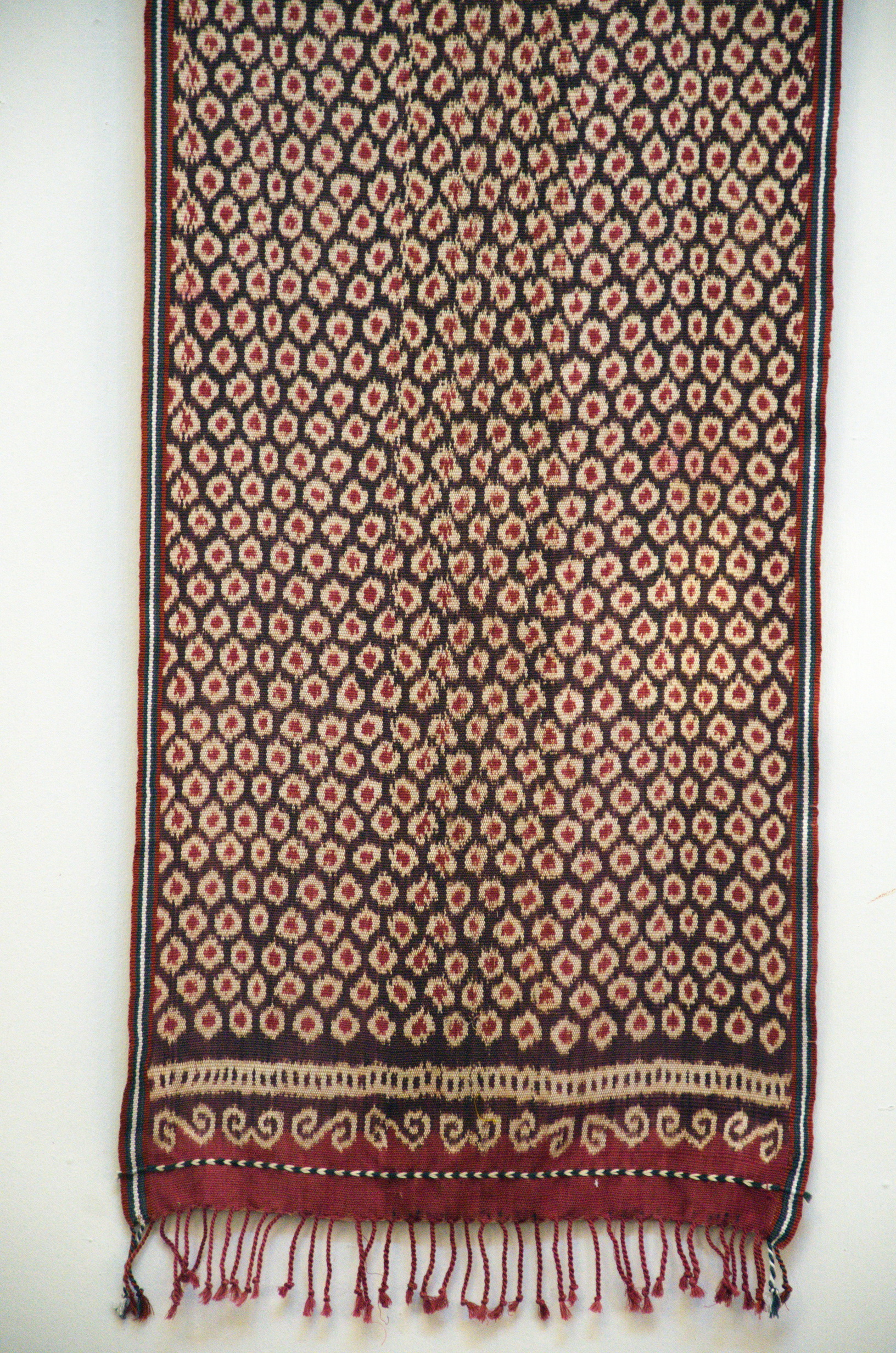 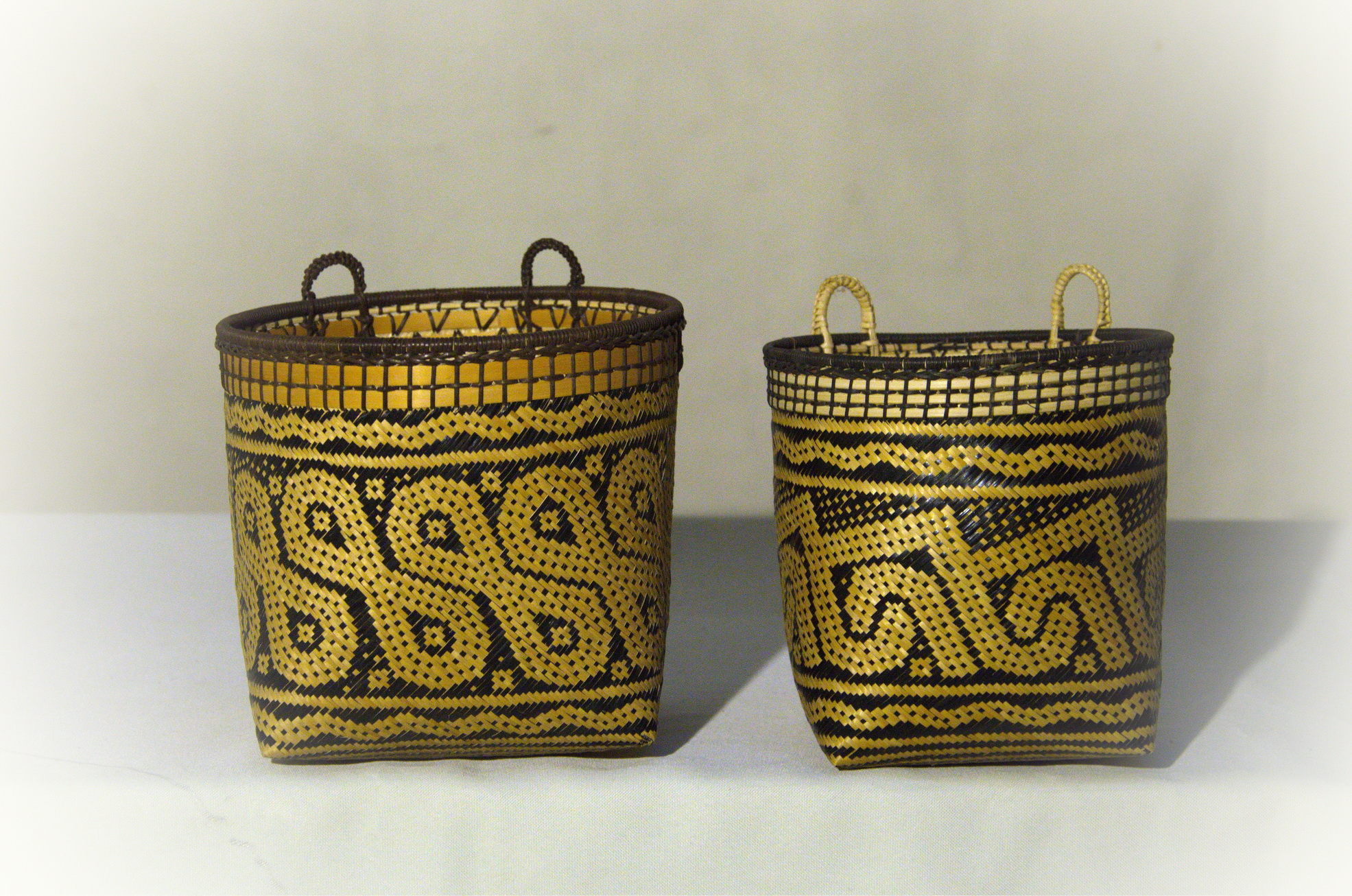 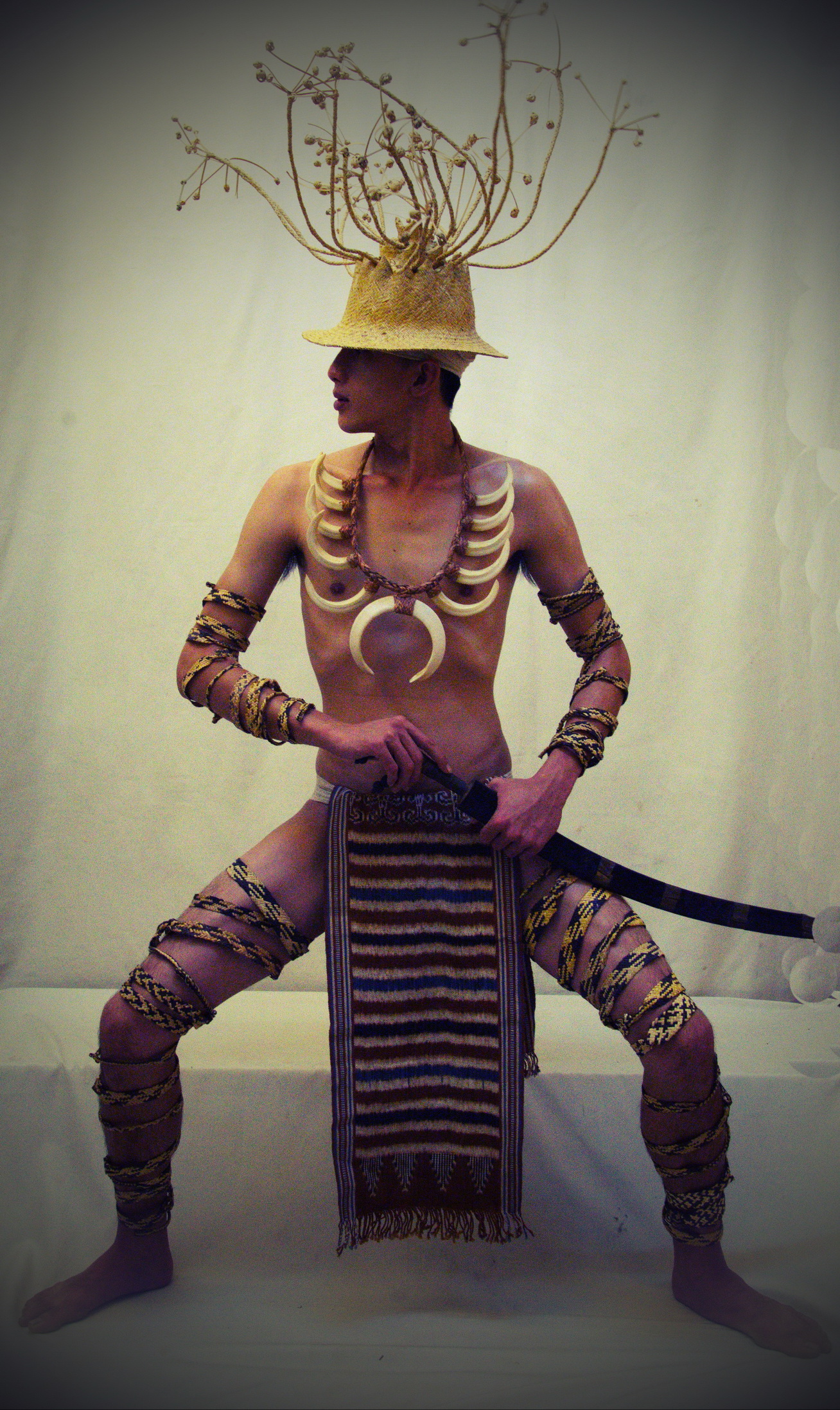 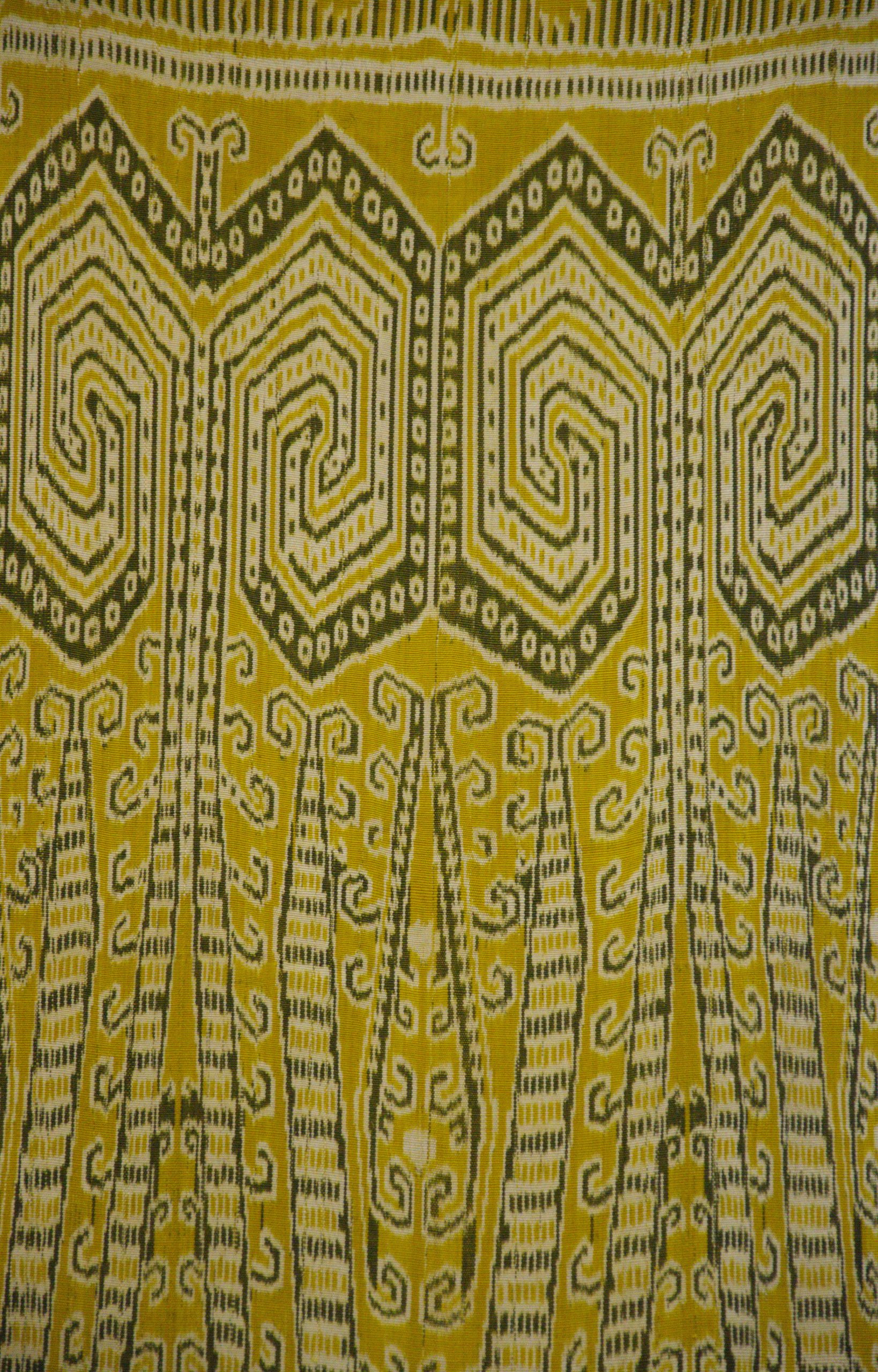 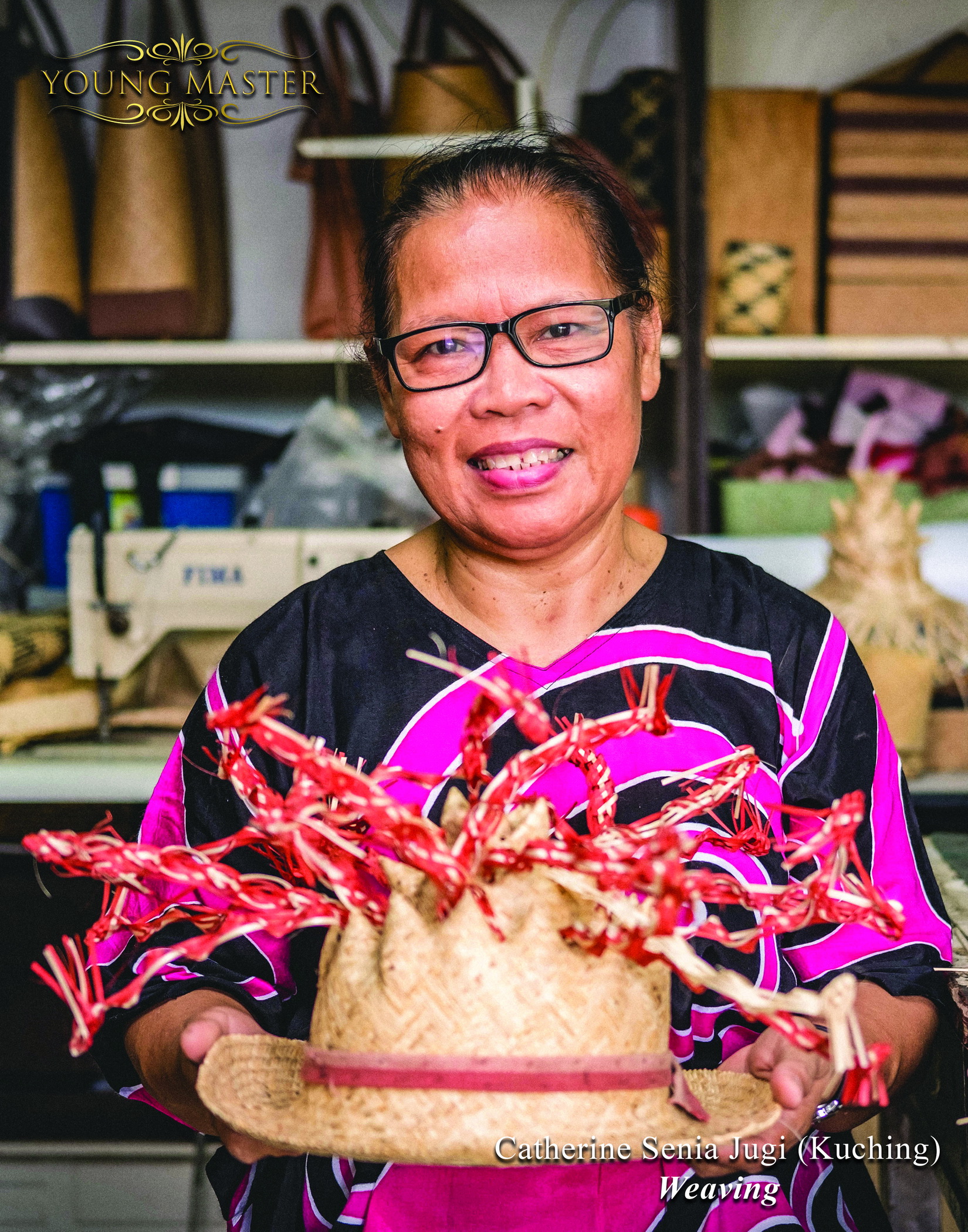 Basketry, in all forms, is the most commonly used craft amongst the Iban, Bidayuh, Orang Ulu, and other Indigenous communities of Sarawak, Malaysian Borneo. Each basket is plaited by hand using only natural fibers such as rattan, bamboo, or fern stems. Simple and robust baskets are associated with the rice planting cycle, and finer baskets are made for special occasions or to be exchanged as part of wedding dowries. Additionally, finely woven mats are the pride of the family in the longhouse community, and the maker’s artistic ability gives her special status.

Senia Jugi learned the art of weaving from her parents when she was just eight years old. Her interest in the art of basketry led her to learn all the various forms of Iban baskets, including those that are rare and made only for important festivals and rituals. Over time, she became an expert in weaving topi tunjang hats. These hats are traditionally worn by men of the Iban culture; Their pointed crowns symbolize blessings from heaven. Senia has innovated their traditional designs. One particularly distinctive modification is the “Tree of Life” element, wherein the crowns burst with ribbons of rattan. A master of her craft, Senia was awarded the UNESCO Award of Excellence, and she was recognized in 2019 as a Living Legend by the Sarawak State Government.

For the Folk Art Market, Senia is bringing hats, baskets, and cotton and silk shawls from the ASEAN Handicraft Promotion Development Association representing Indigenous artists from Borneo. Collectively, these pieces all form several examples of the hard work and dedication to craft of the people of Sarawak.