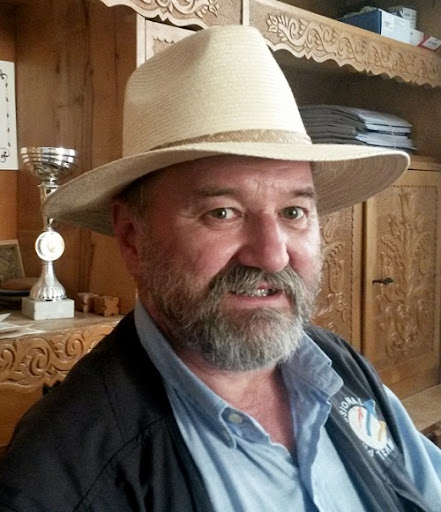 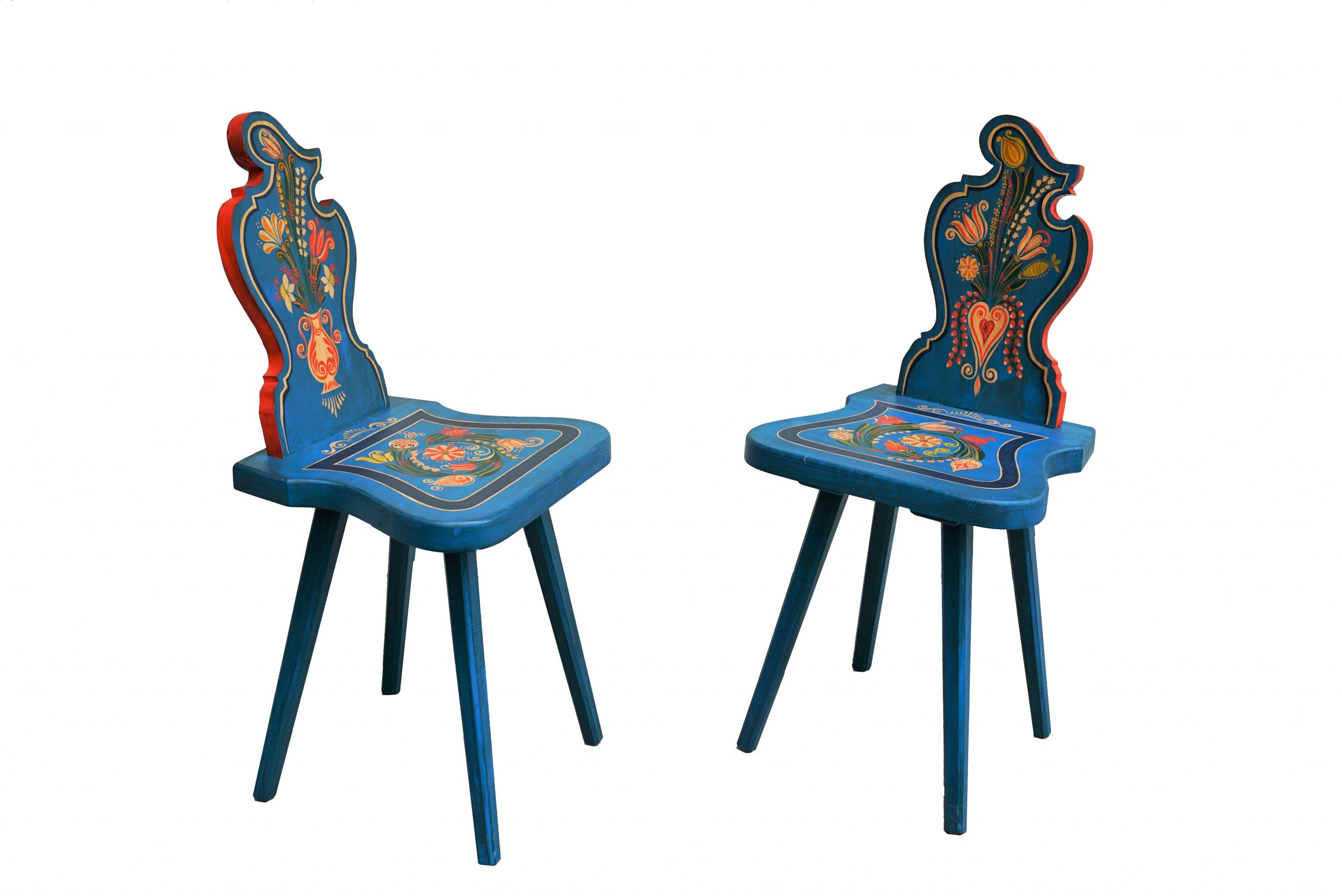 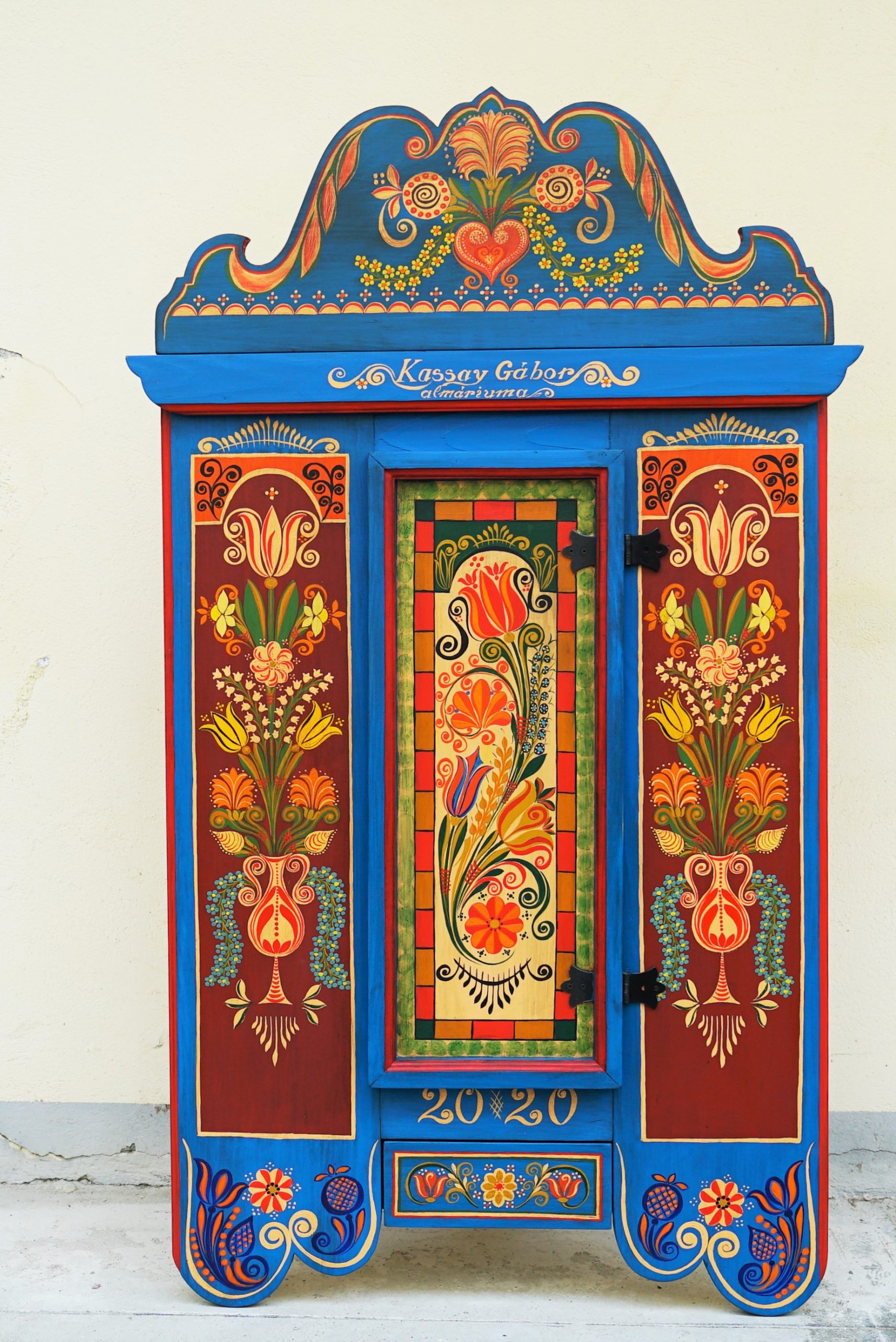 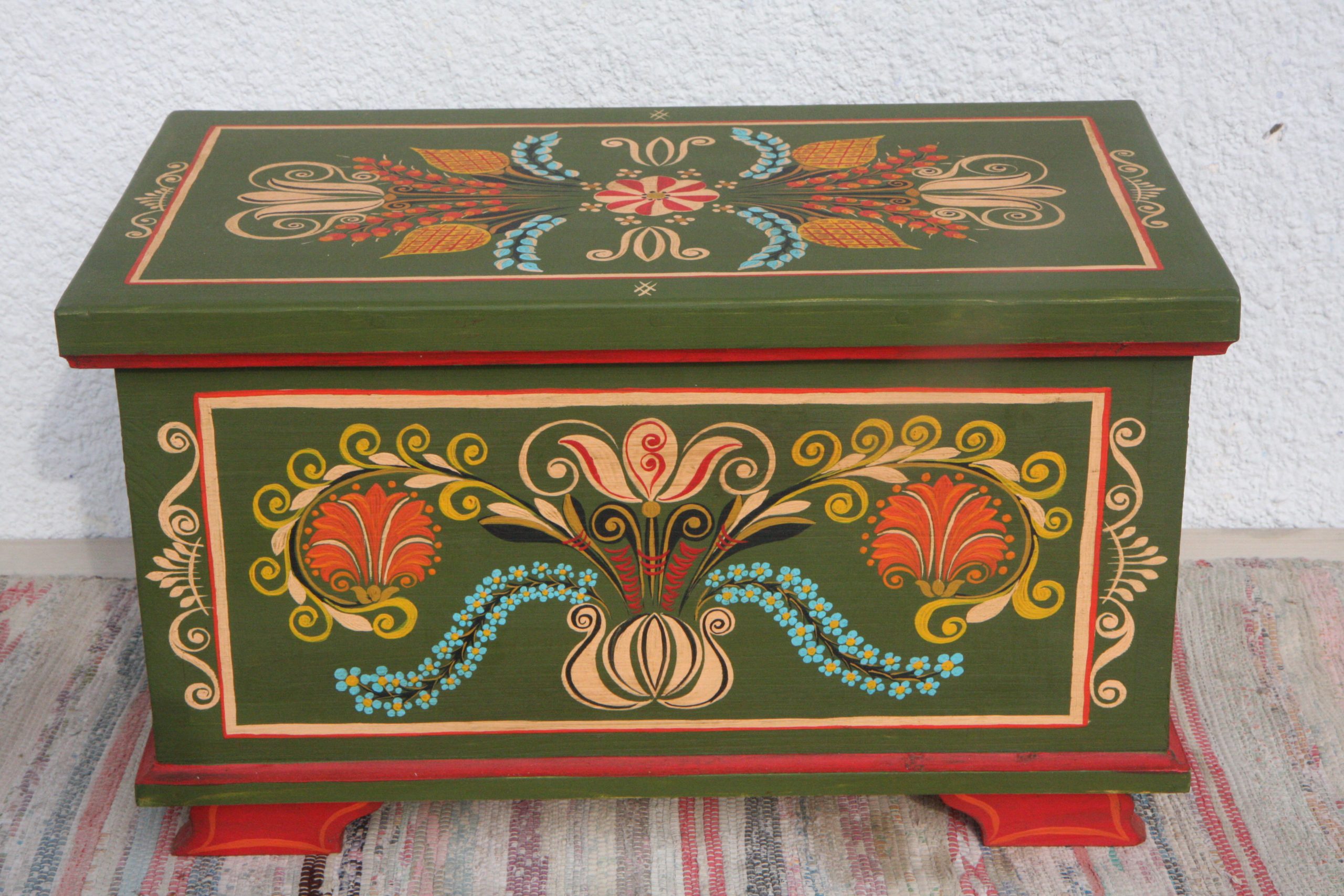 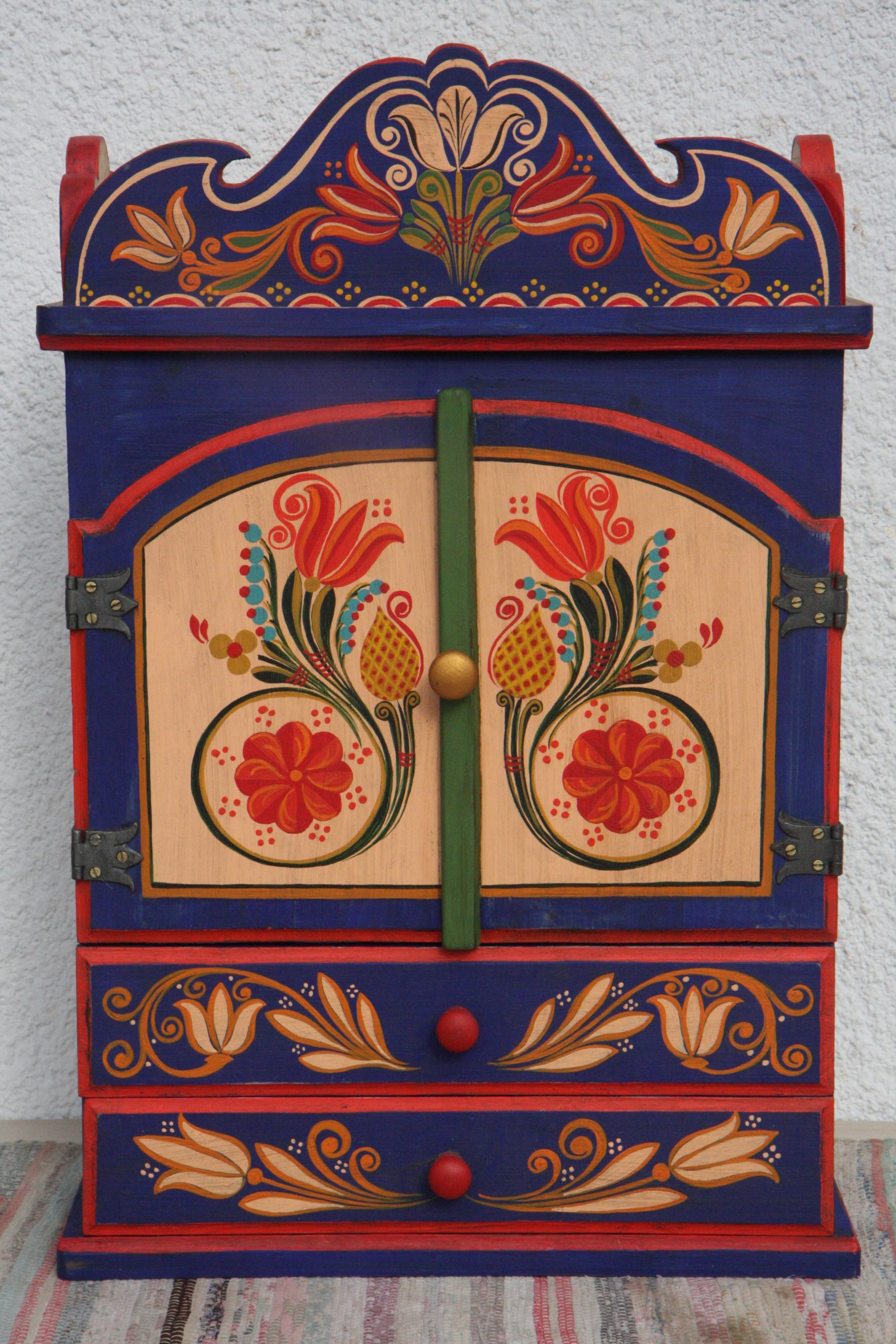 Woodworking and furniture making has been in Levente Lehel Sütő’s family for 14 generations. Known throughout the Carpathian Basin of southeastern Europe, the Sütő family began their tradition of woodcarving and furniture painting in the 16th century. Since then, the skills and craft have been passed down and refined from generation to generation, a tradition which Levente represents and furthers in the present day. The family’s work, the style of which is Transylvanian in origin, has been seen all over the world, including their carved and painted wooden ceilings and furniture in churches in individual homes.

Levente focuses on the traditional methods of woodcarving. He uses a pocket knife or chisel to painstakingly hand-carve curvilinear shapes, patterns of eight-pointed stars, and sturdy box joinery. He uses organic casein paint, which is made of milk casein activated with lime and mixed with pigments. His palate features intense royal blues, mustard yellows, piney greens, and warm reds and oranges, inspired by the natural environment and derived from minerals found in the volcanic mountains of the Carpathian region.

Levente has traveled extensively with his art, crafting pieces for the Hungarian Embassy in Berlin, restoring a 200-year-old samurai house in Japan, and receiving the title of Master of Folk Arts by the Hungarian government. Levente views his work as a way of passing down the heritage and traditions of his ethnically Transylvanian family, ensuring that they survive into tomorrow.