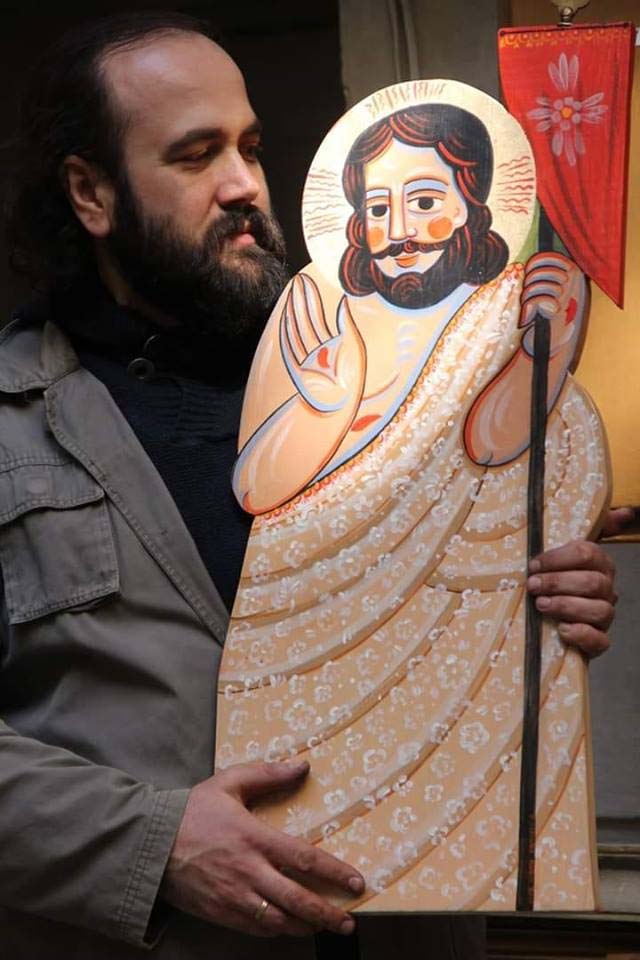 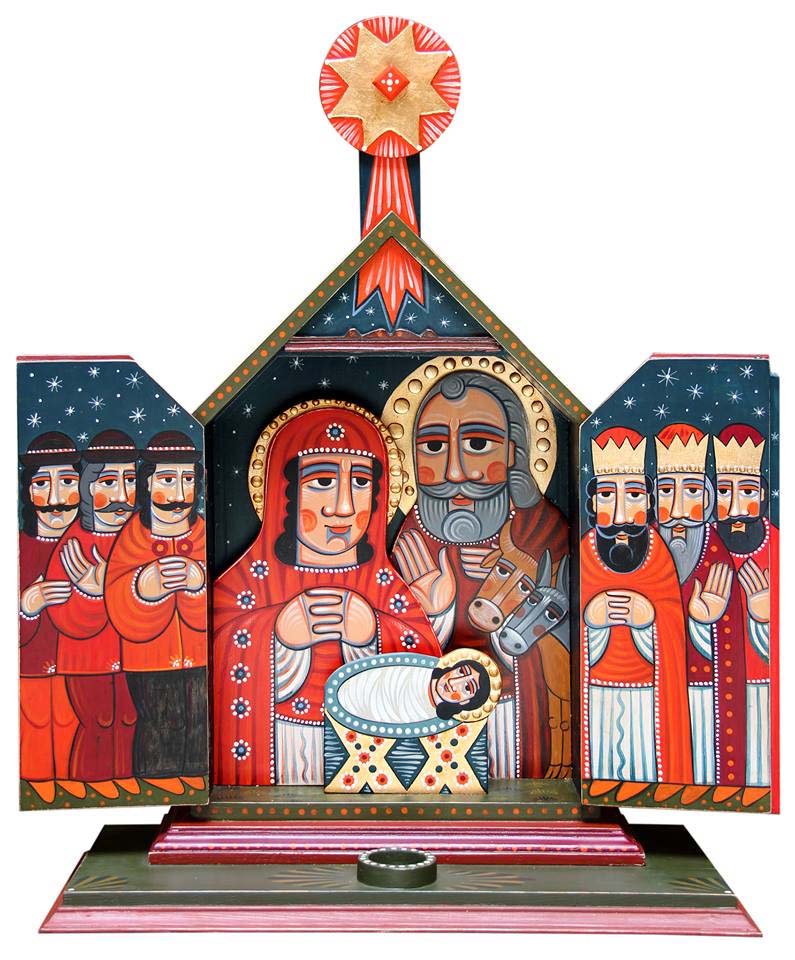 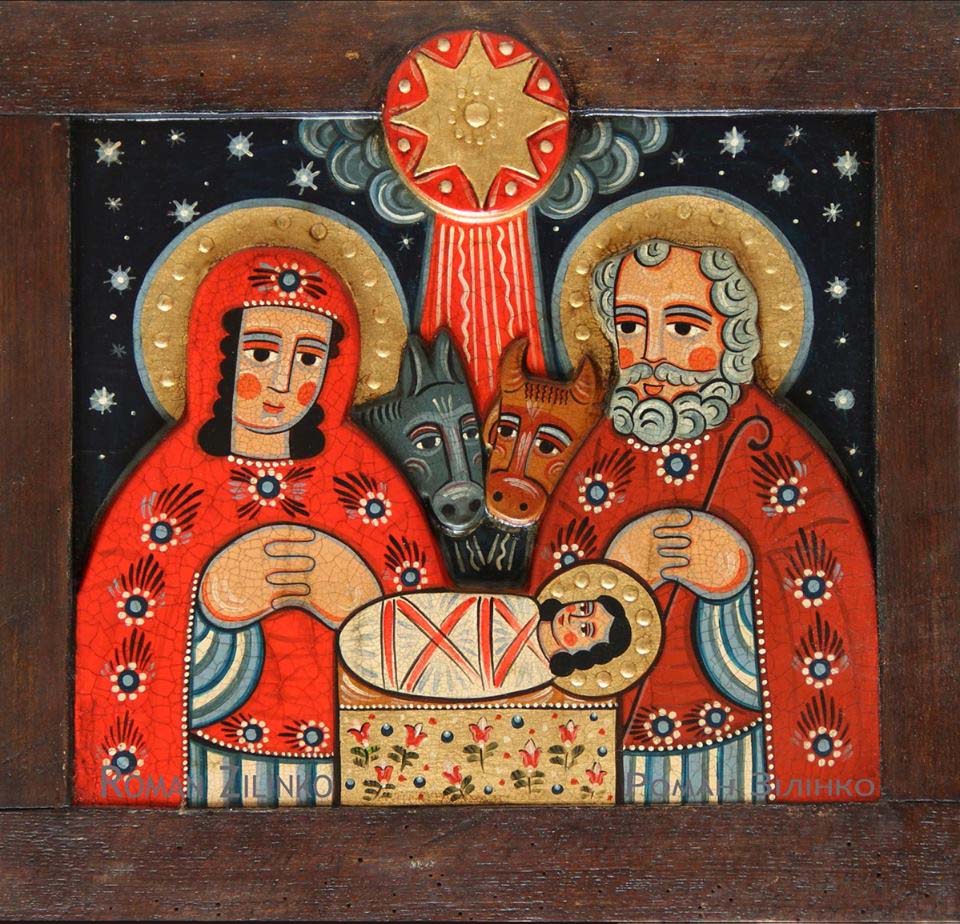 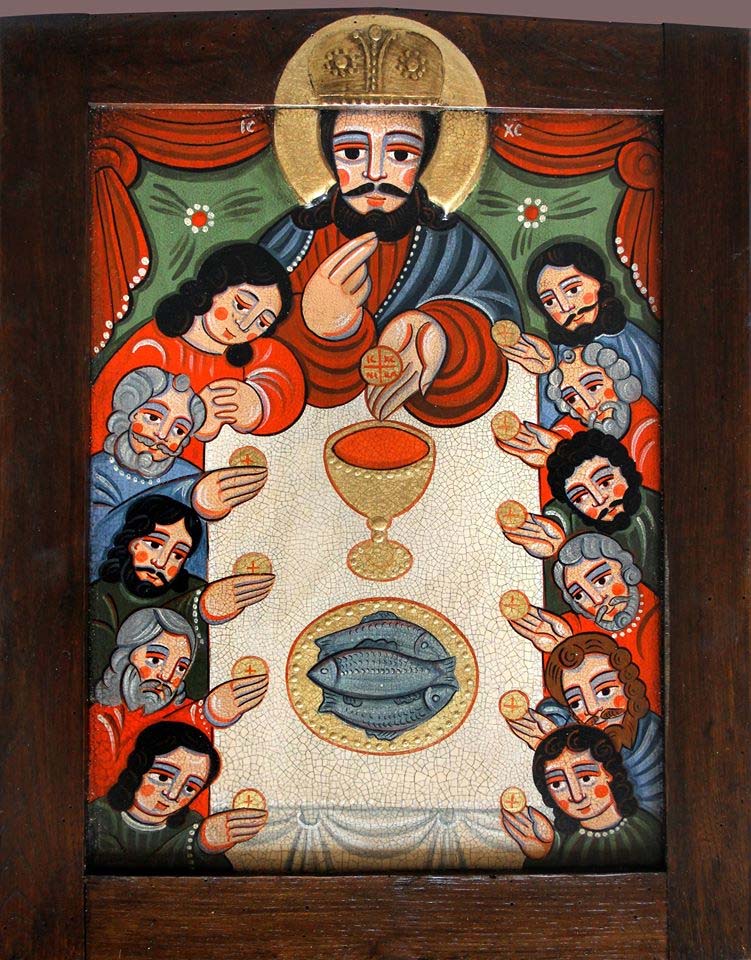 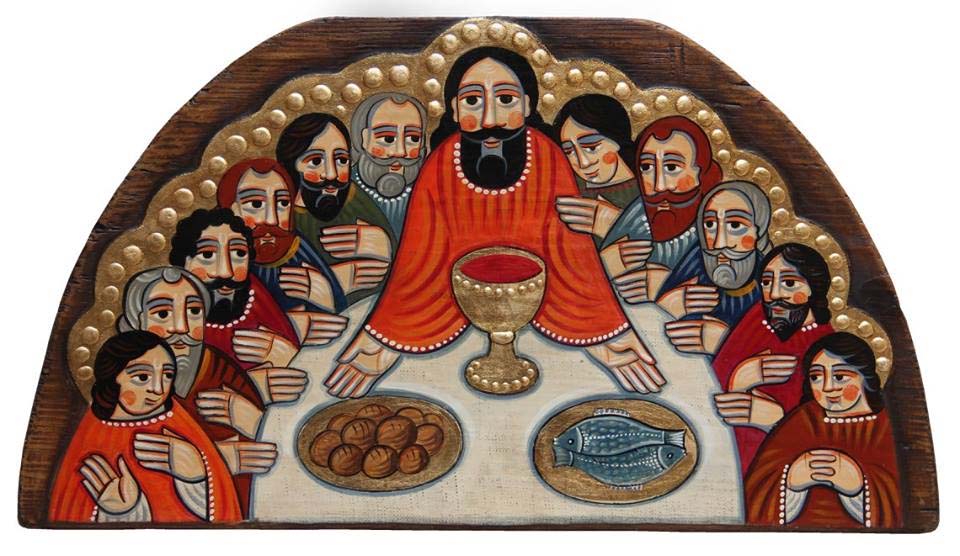 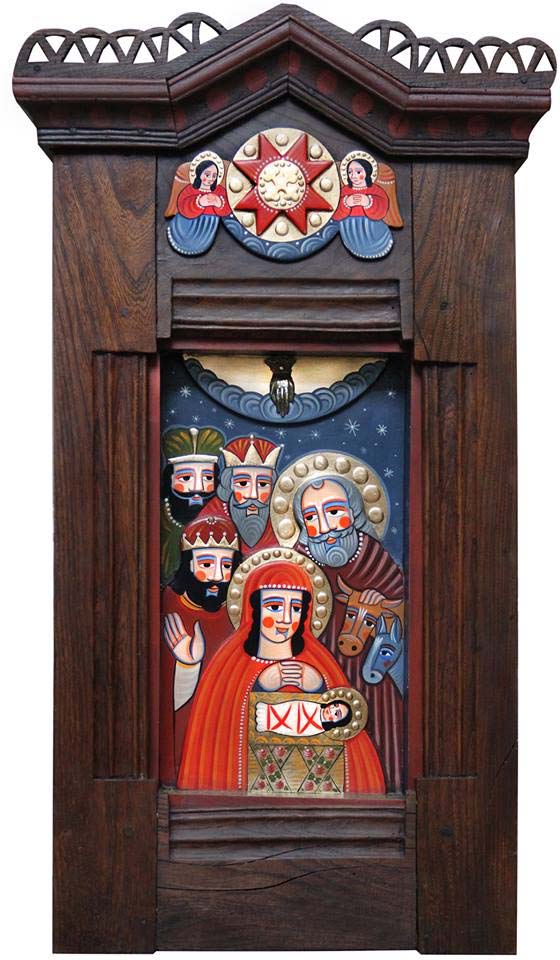 “My artworks continue the tradition of the Ukrainian icon painting of the Carpathian region, which flourished in the 16th and 19th centuries,” explains artist Roman Zilinko. Icon painting in Ukraine appeared with the Christianization of its territories over a thousand years ago. Along with professional icon painting, there were also folk icons in the provincial centers. These were more accessible versions, popular both in churches and private homes. In the Carpathian region of Ukraine, folk icon painting has distinctive features, which Roman describes as, “naive and flat painting, but rich in colors and ornaments.”

Roman is the head of the Exhibition and Education department at the National Museum in Kyiv, which houses the largest collection of Ukrainian icons in Europe. Through this, he has had the opportunity to closely study traditional folk icons. He uses traditional materials of wood, canvas, gesso, and gilding to create his icons, noting the only modern exception is readily-available acrylic paint. “I try to use the traditional iconography that was characteristic for the Ukrainian folk art in the Carpathian region, but I enrich it with new details, expanding the repertoire of the themes and compositions that were not previously encountered here but are relevant now,” he explains. Another tradition in folk art icon painting is to include family in the work, and Roman is proud to work with his wife and daughters.

All forms of religious worship and artistic expression were persecuted during the Soviet invasion of Ukraine, including the creation of folk icons. After Ukrainian independence, icon painting again gained in popularity as a traditional artistic inheritance of Ukraine. “Nowadays folk icons are still serving people,” Roman says, “and are popular in homes and chapels but also in children’s books and even modern murals celebrating artistic and spiritual expression.”