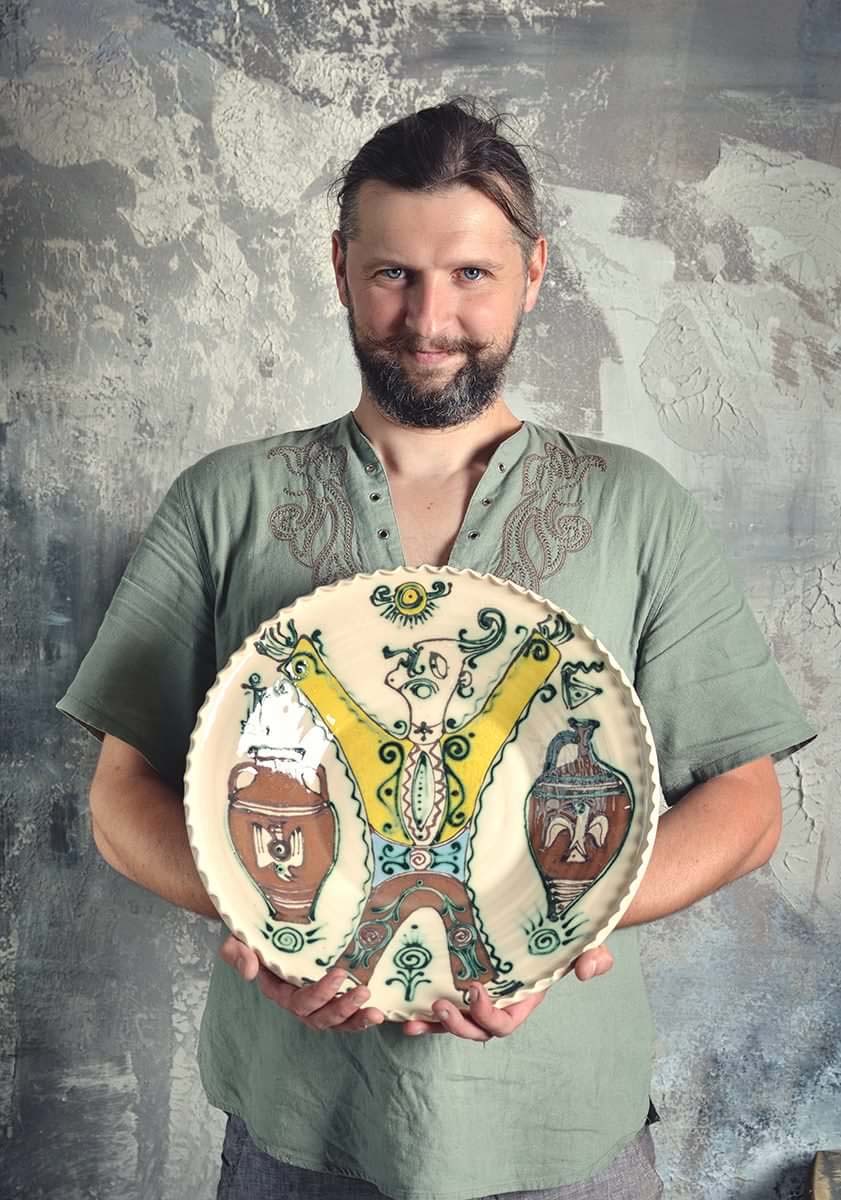 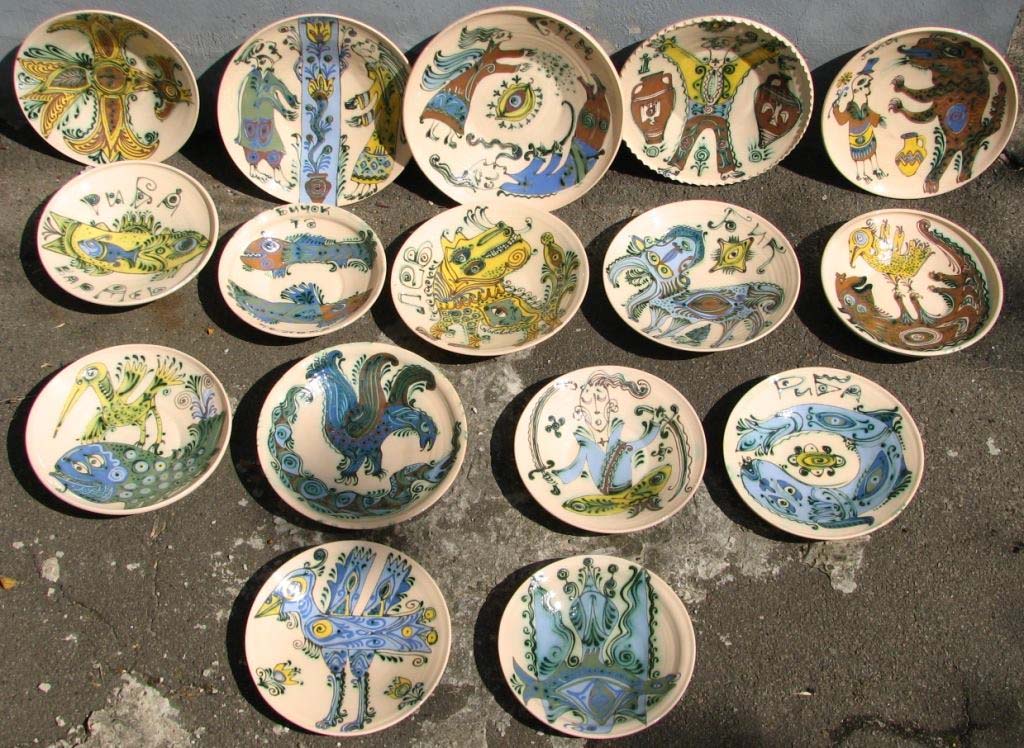 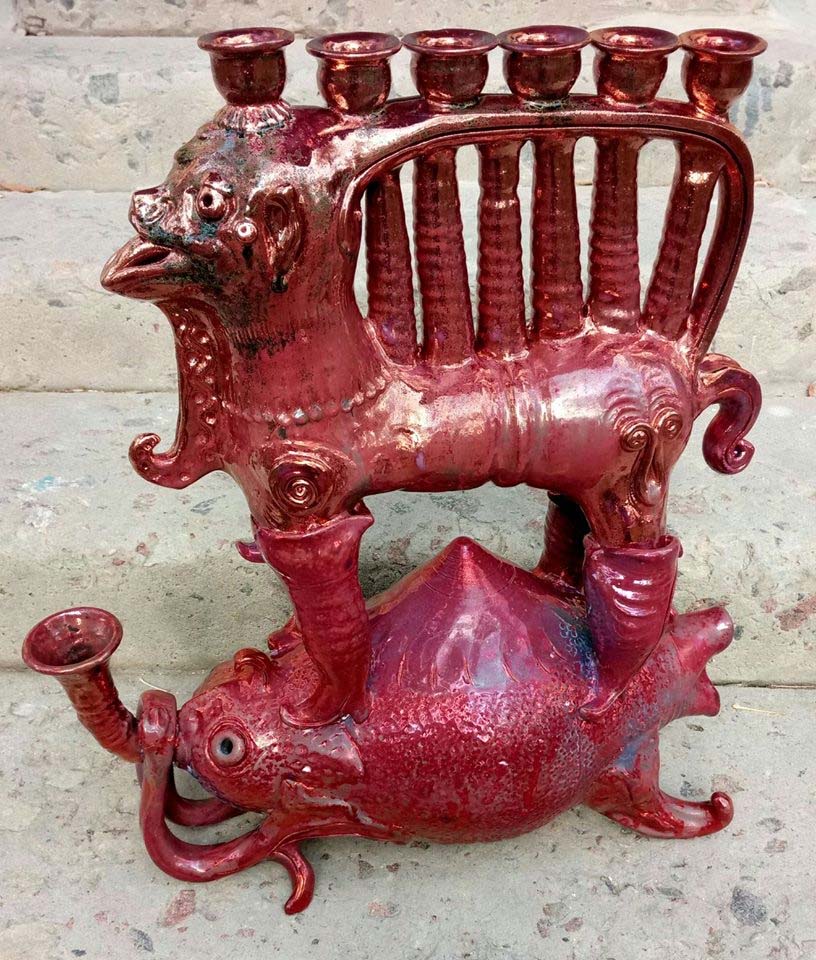 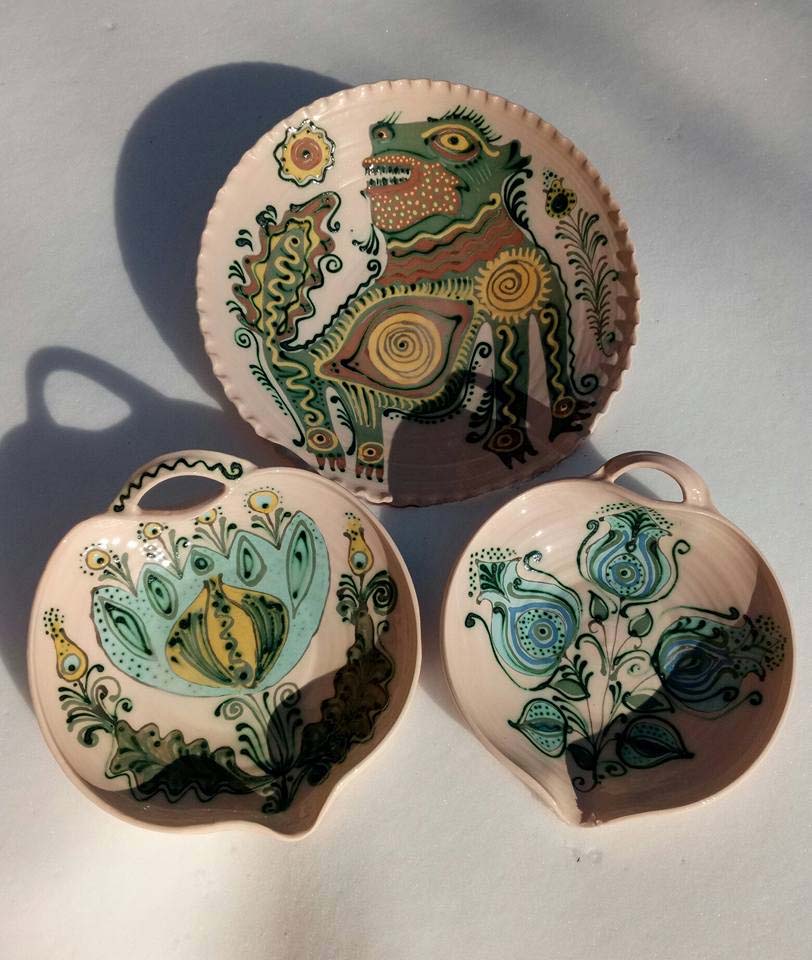 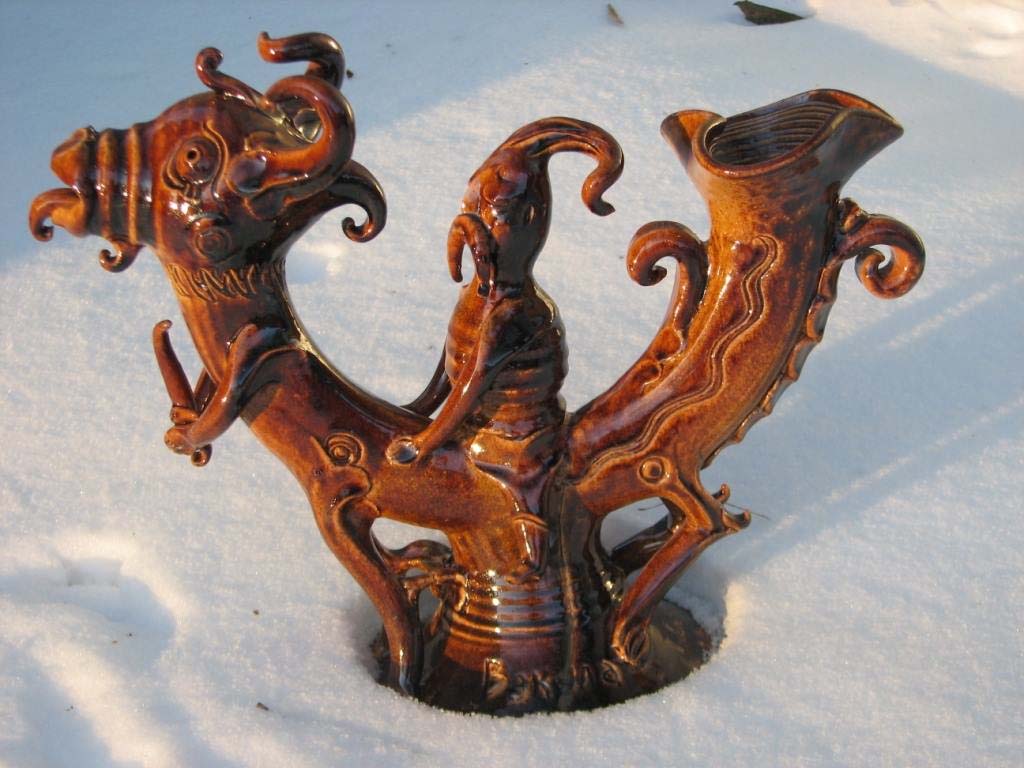 The art of Master potter and ceramicists Ivan Bobkov represents, “the unity of the indigenous peoples of Ukraine–Crimean Tatars and Ukrainians.” Ceramics, made of terra cotta or Ukrainian clay, are created on a potter’s wheel and then engraved or hand-painted with glaze or engobe. Engobe is a specialty in Ukrainian pottery as the land holds deep deposits of high-quality red, red-brown, and light grey clays. Ornek ornamentation, in addition to its artistic and aesthetic value, is encoded with magical content and symbolism to protect against evil forces.

In May of 1944, Stalin ordered the deportation of Crimean Tatars from their homeland, an act of ethnic cleansing that affected hundreds of thousands–mostly women, children and the elderly. This action resulted in the loss of traditional artistic knowledge including jewelry making, pottery, weaving, and embroidery, the revival of which began in the early 1990s.

In 2008, Ornek ornament art was included on the National List of Elements of the Intangible Cultural Heritage of Ukraine. As masters of their crafts, both artists have exhibited widely throughout Europe, in solo exhibitions, and as part of international festivals.