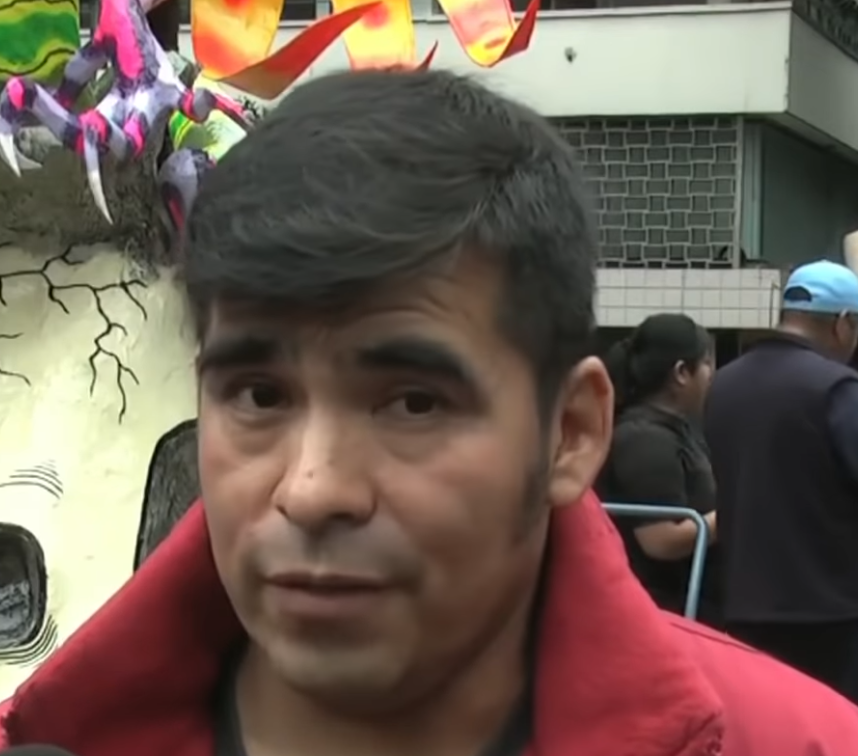 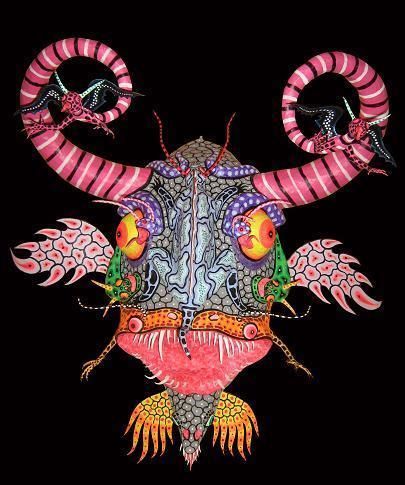 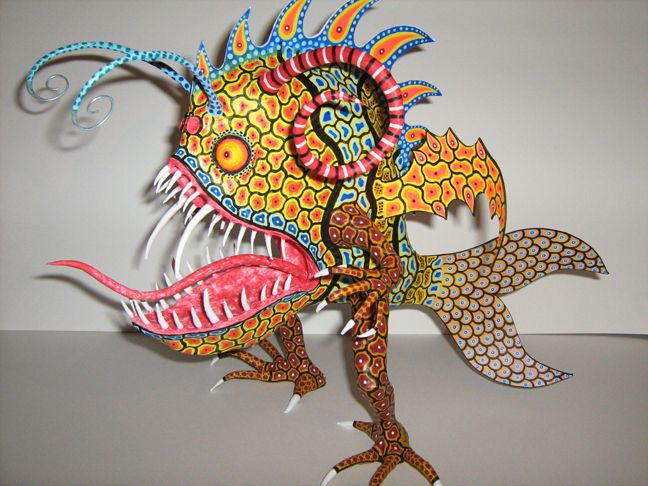 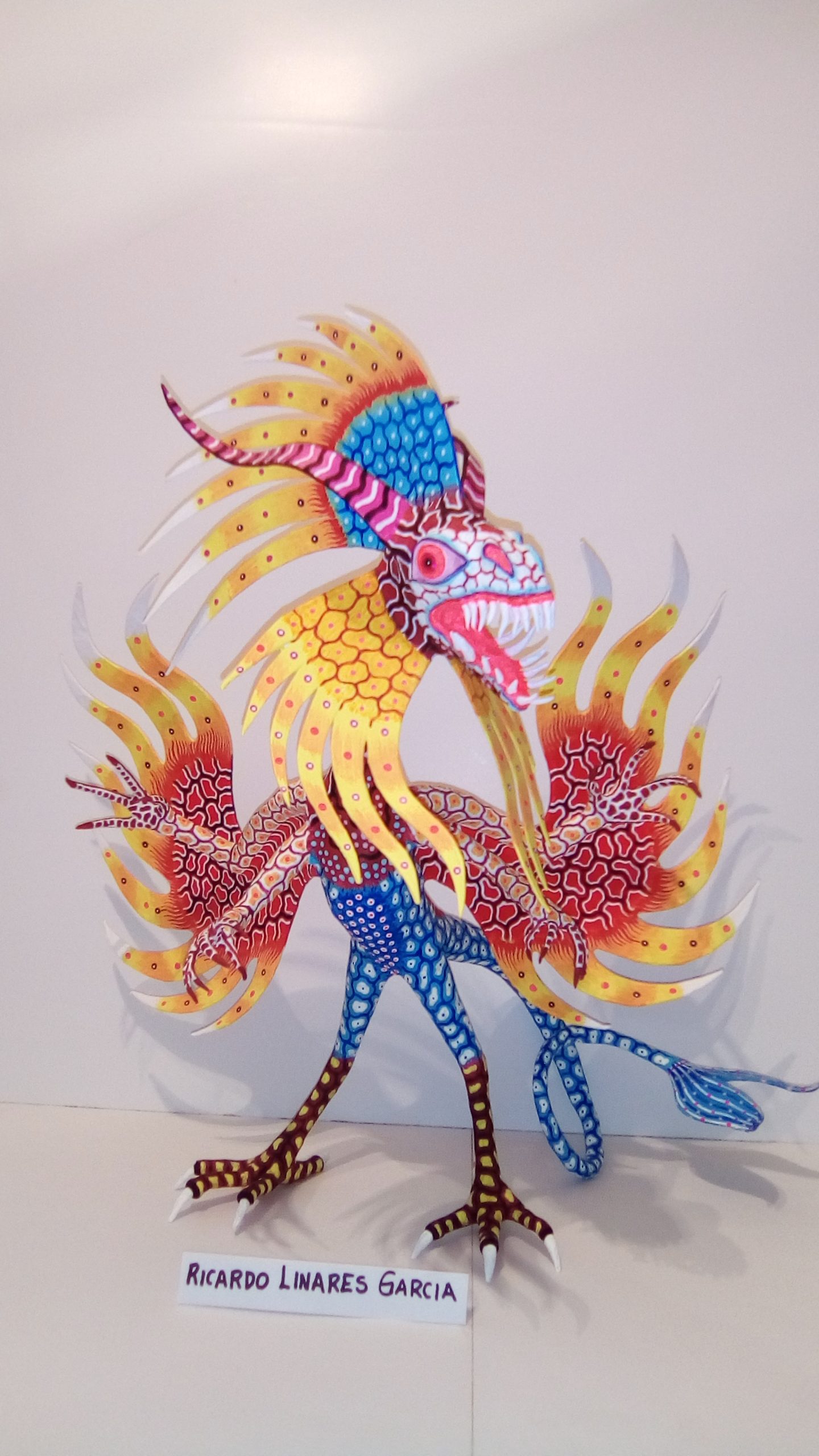 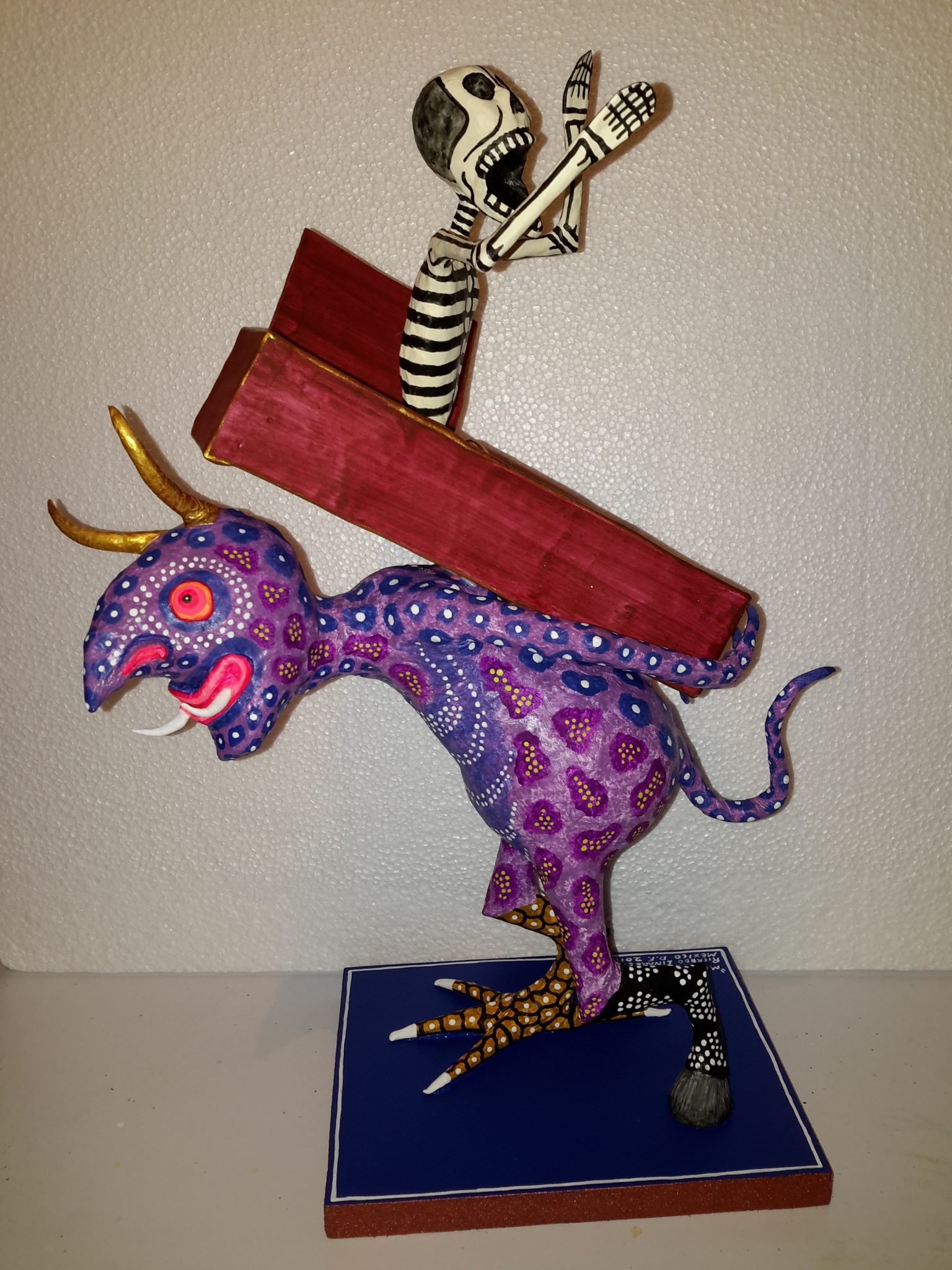 Fearsome and fantastic creatures, colorful chimeras constructed by hand from paper, paint, and glue known as alebrijes are the legacy of the late Mexican Master Folk Artist, Pedro Linares Lopez. The Linares family have been well known for their creations in Cartonería Tradicional, traditional Mexican papier-mâché, for five generations, and Pedro Linares’s grandchildren continue sculpting alebrijes using the same techniques—which notably exclude the use of molds. Instead, they employ a process of dry and wet hand-sculpting figures out of layers of different types of papers and coating them with wheat glue, varnish, and paint.

According to his granddaughter, Elsa, Pedro Linares dreamed of the unusual animals when he was ill with a gastric ulcer in 1936. The elder Linares explained that the beings were amalgamations of animals whose lives he had saved in the past, and that they came back to help him when he was in need. They are companions and guardians of humans in the afterlife, and the figures are used in celebration of Dia de los Muertos. His grandson, Ricardo Linares Garcia, has continued to develop the figures, coming up with new daring designs, adding tiny details including teeth, claws, and projecting tongues. He and his family have taught others in their neighborhood the sculpting techniques, and several now make a living creating cartonería figures.

The Linareses’ creations come in bright and cheerful colors, decorated with busy patterns that emulate scales and feathers. They say they make them to “highlight and honor the beauty of non-human animals so that we never forget that if we (human beings) want to survive as a species, we must respect, love, and protect both non-human animals and their habitat—Nature itself.”