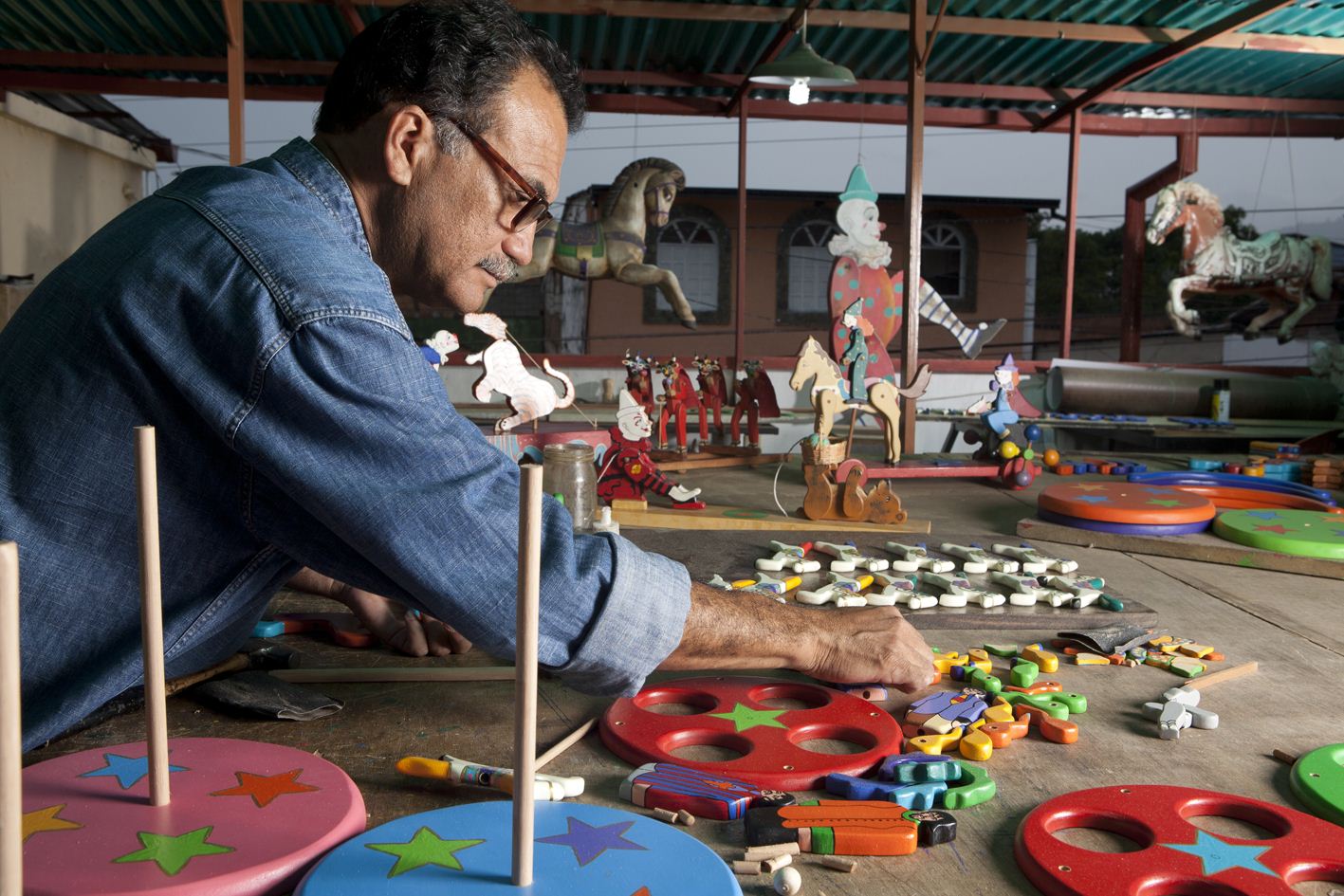 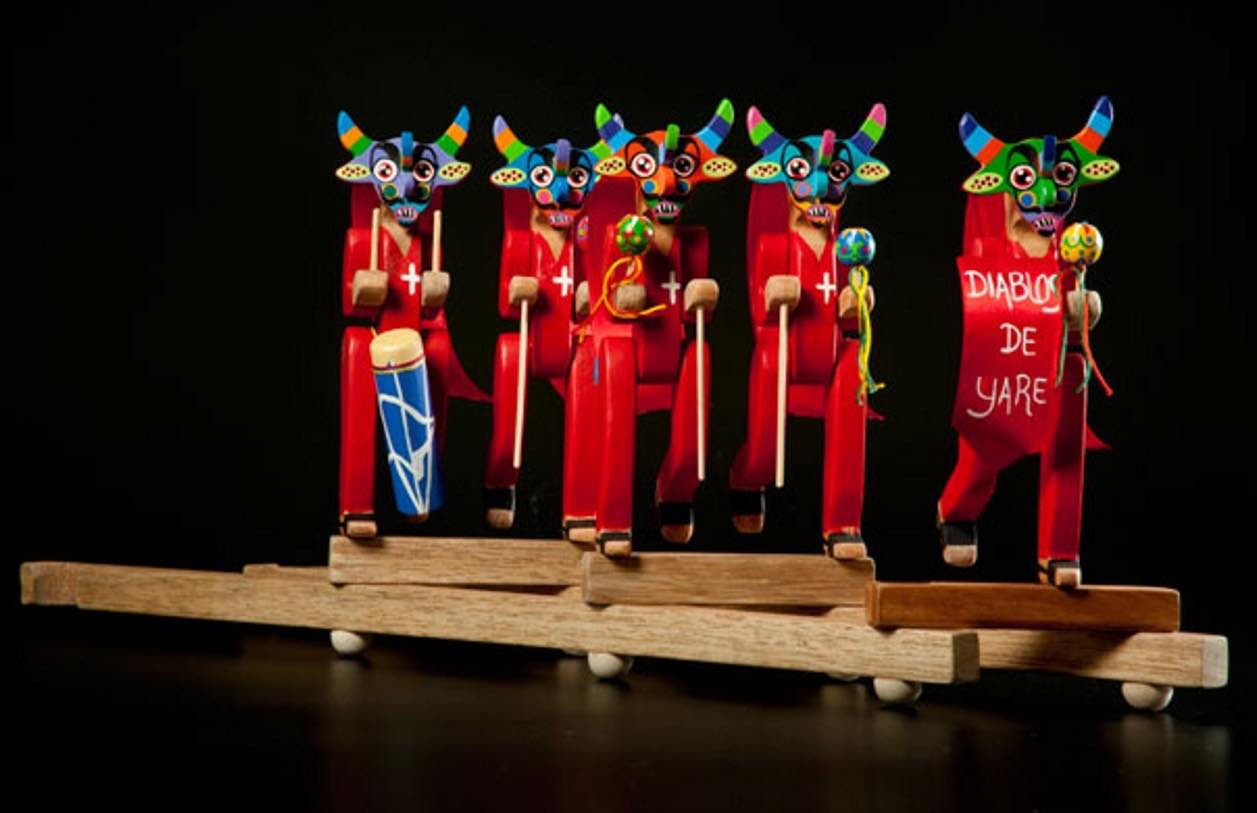 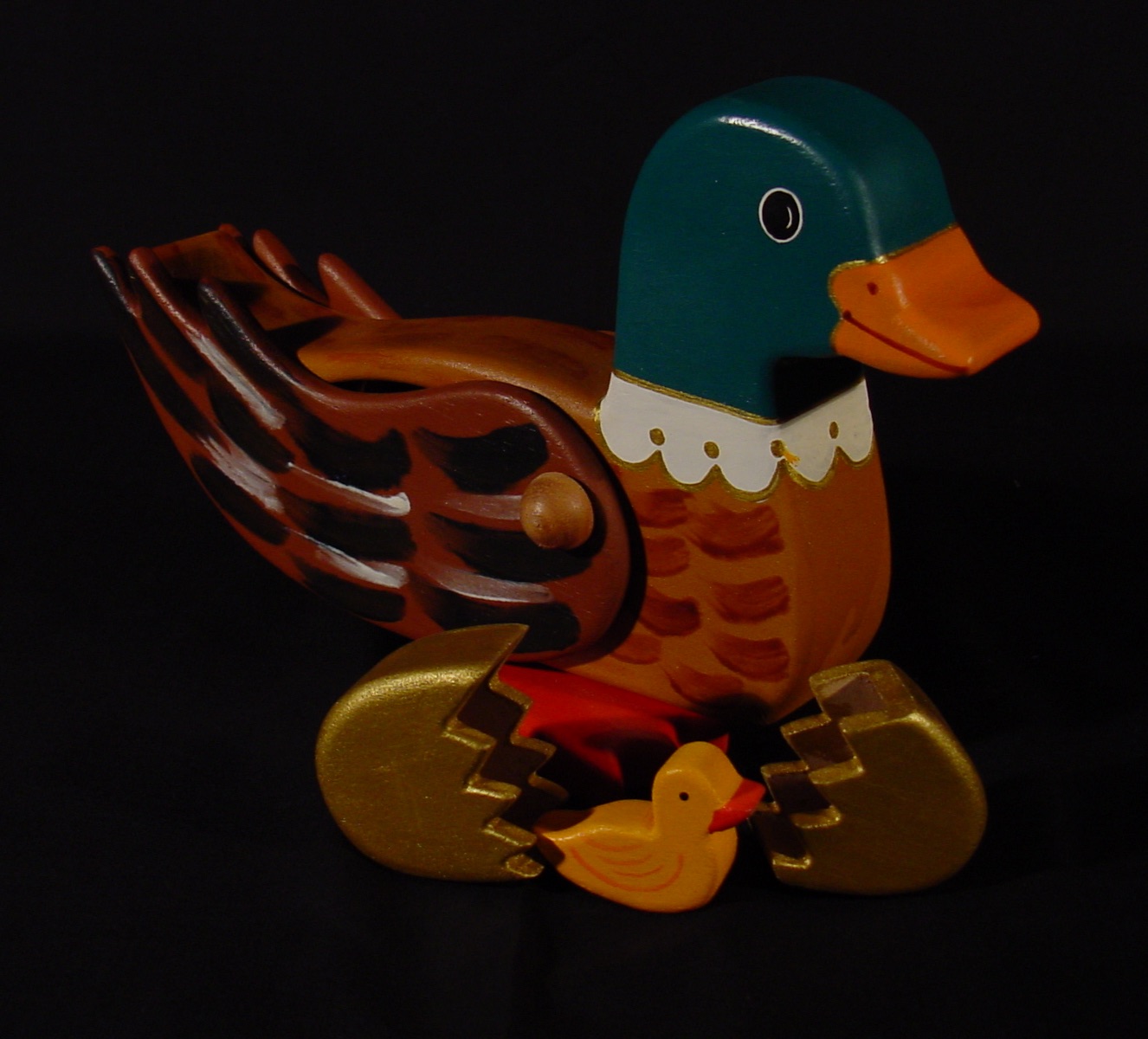 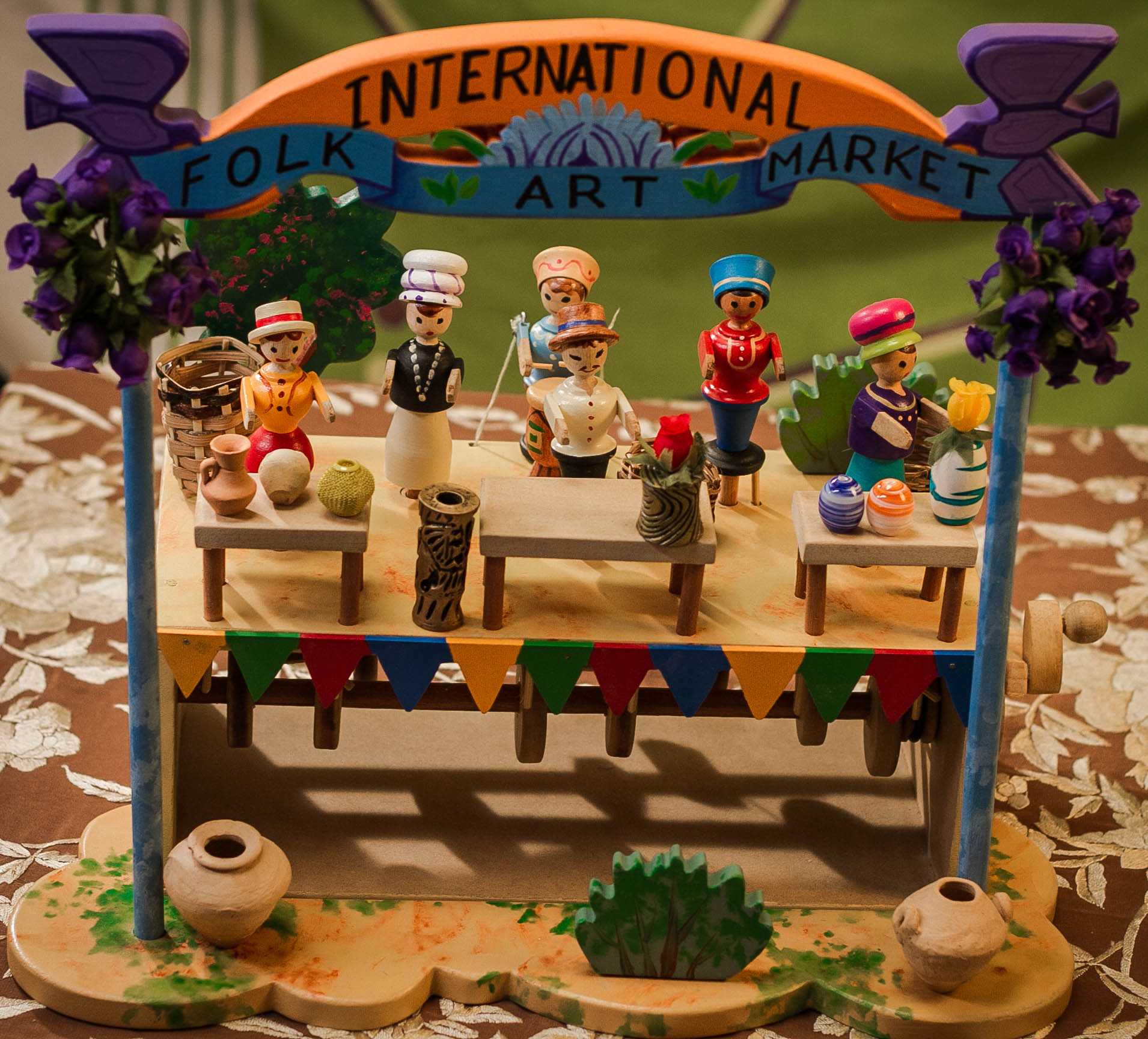 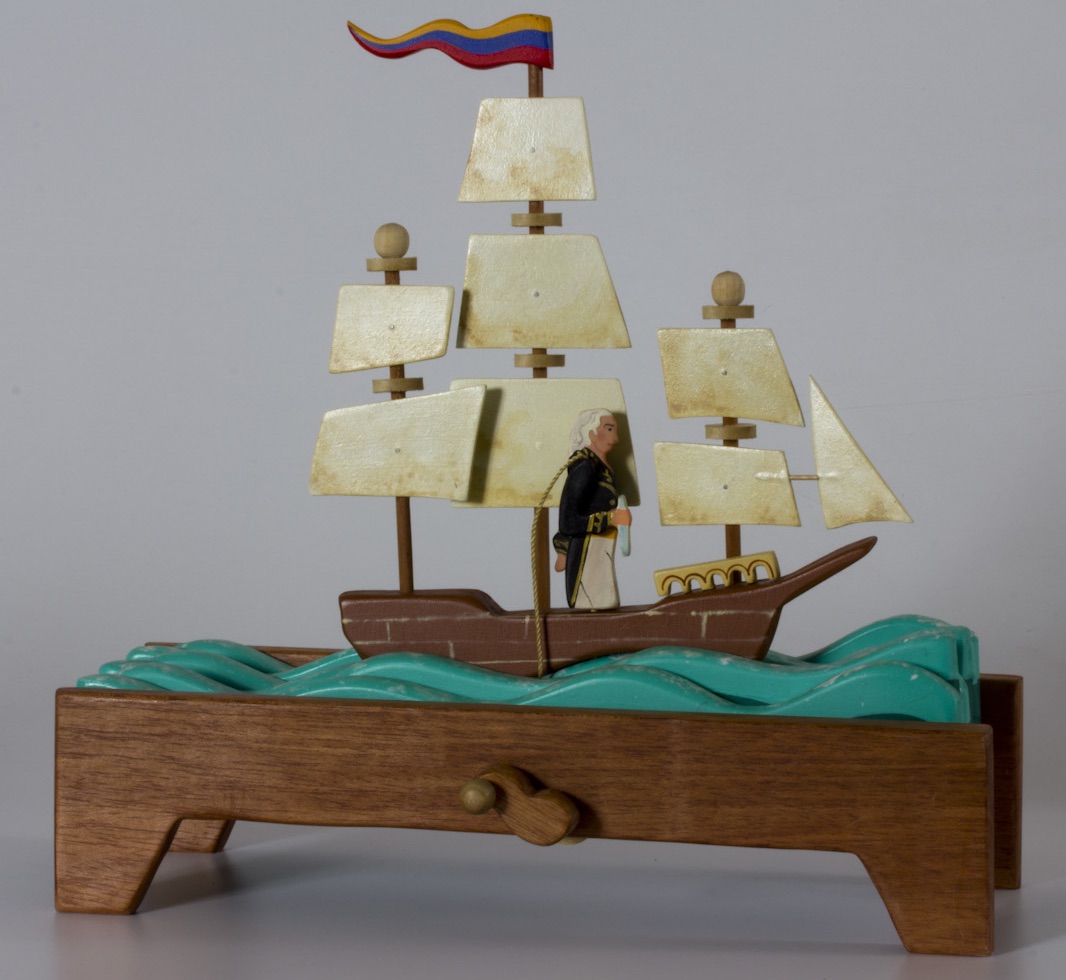 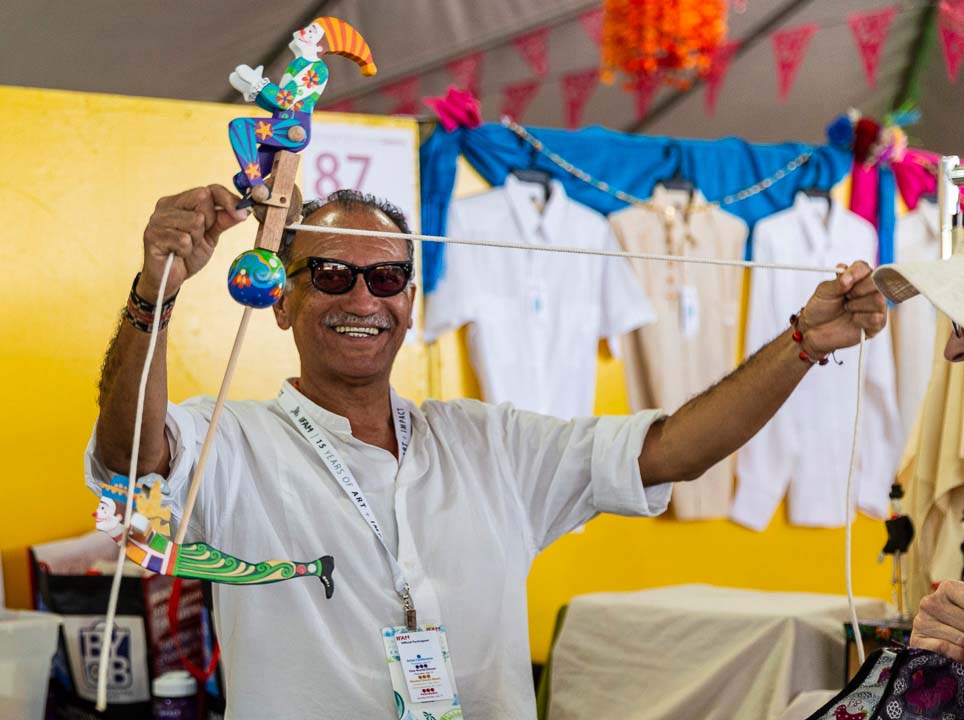 Mario Calderón is a musician, toy collector, and one of the most celebrated handcrafted toymakers in Venezuela. For more than 30 years, he has been crafting magical toys of nothing more than wood, paint, and an extremely active imagination. Born in Caracas, Mario studied music and medicine, before falling headlong into his greatest passion, toys, and the deep emotions from childhood they can stir.

Mario’s creations may be carved of wood but are far from static. His boats bob on wooden waves, his musicians create actual music, and his acrobats can fly. These toys come to life through the creative use of cranks, pulleys, knobs, and even rubber bands.

Mario has exhibited his work on over four continents in institutions including the Museum of International Folk Art in Santa Fe where his toys delight audiences of all ages. He has been the recipient of many awards including the Excellence in Handicrafts award from UNESCO. A film has been made about his life called, “The Toymaker”.