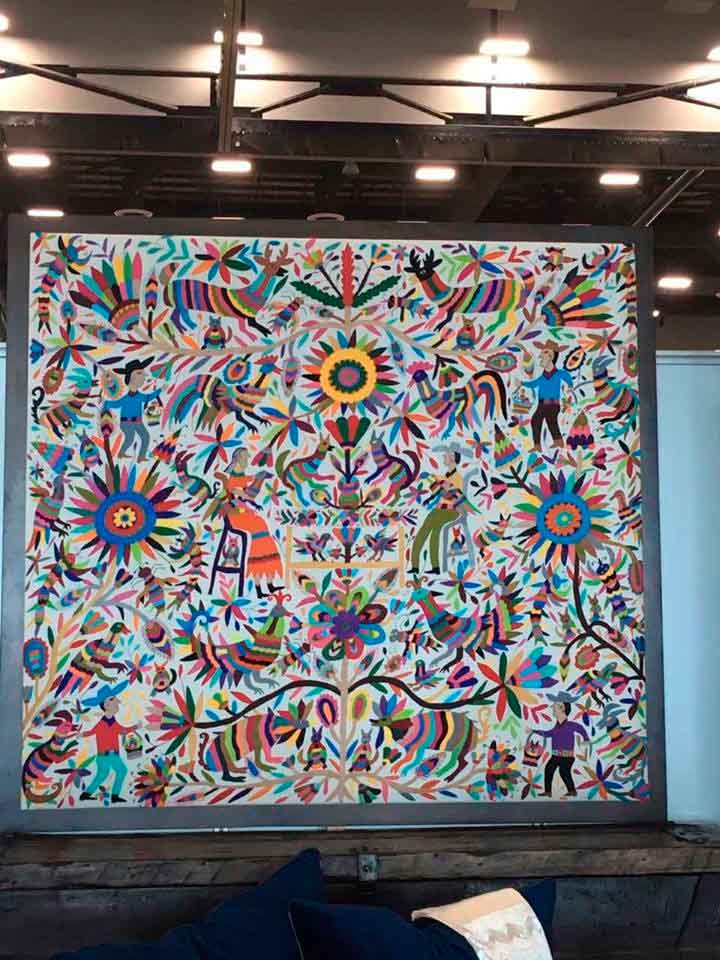 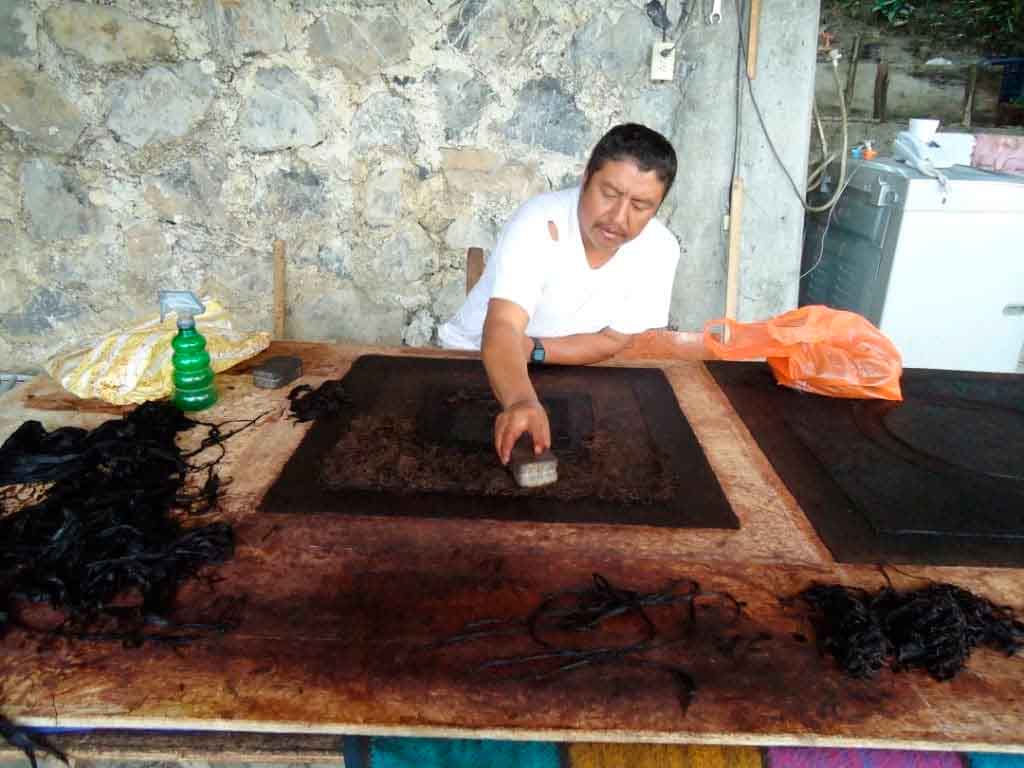 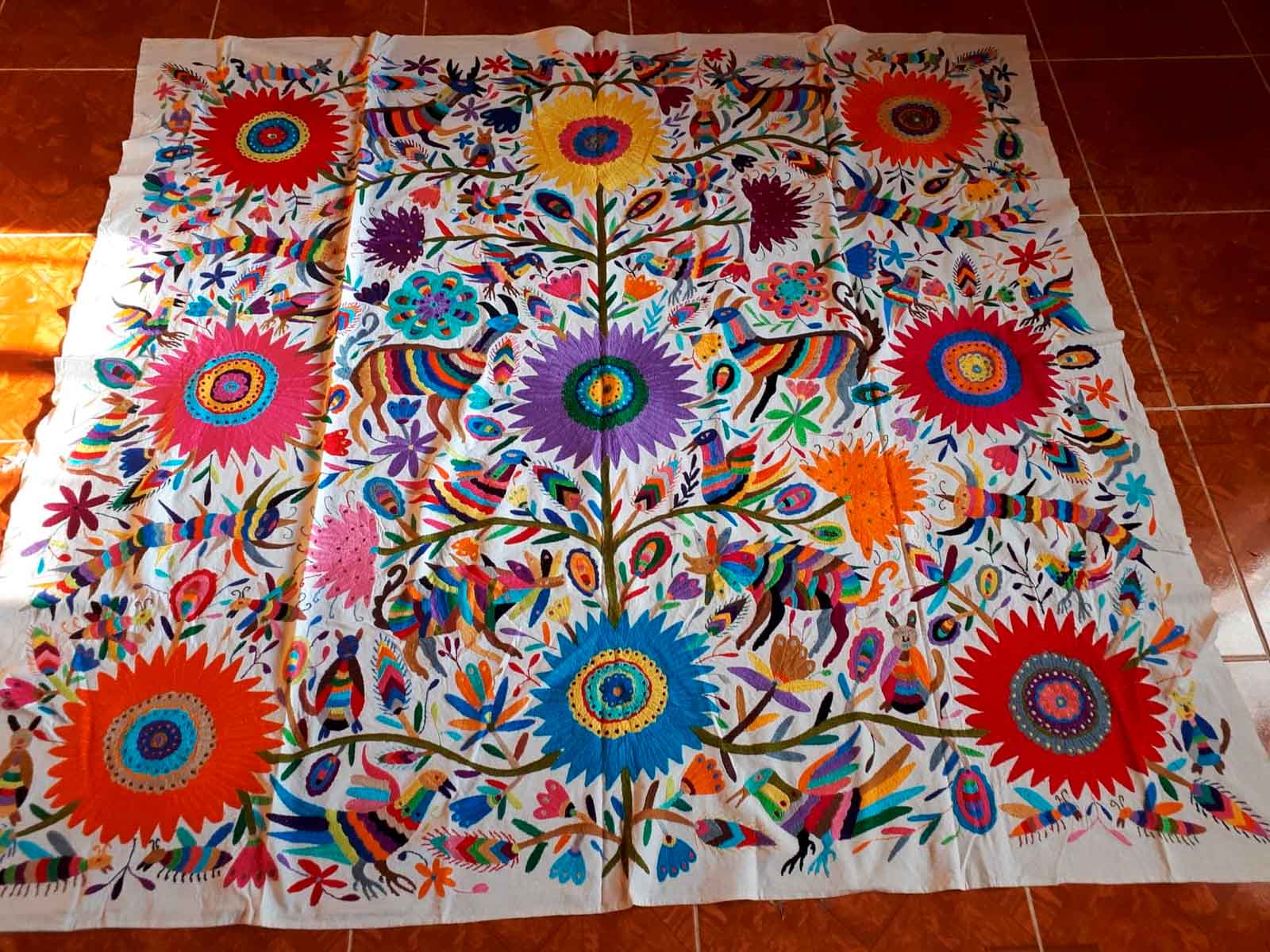 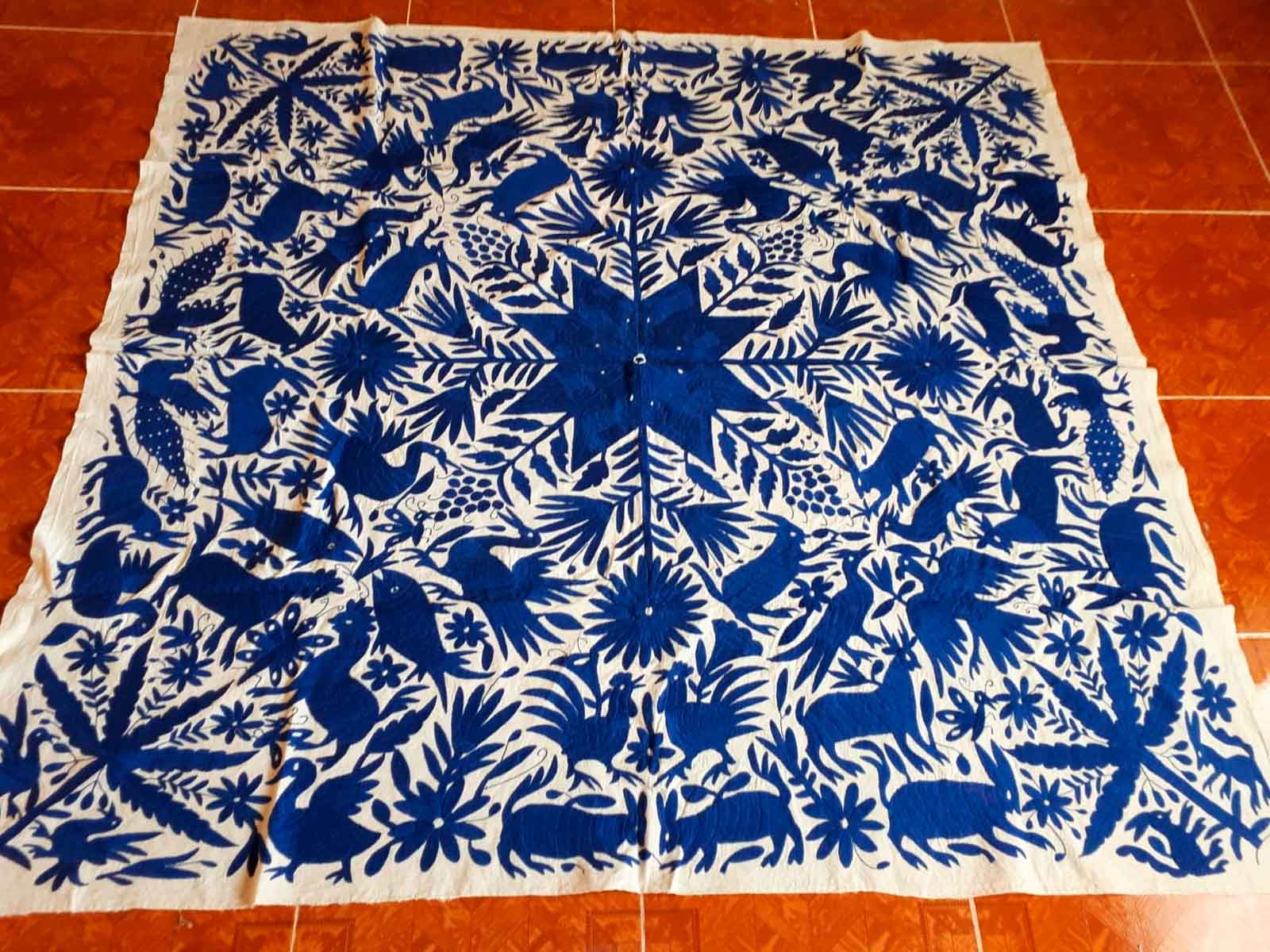 At ten years old, Julio Laja Chichicaxtle’s grandmother introduced him to Otomí embroidery, an artistic tradition with an ancient history from the Otomí people of Mexico’s Central Plateau. The style features brightly colored, often symmetrically arranged patterned elements rendered in densely embroidered thread, typically on a white or off-white background. “When I was little,” says Chichicaxtle, who was born and raised in Puebla, “I knew this type of craftsmanship was going to influence my life in the future, because it has always been what I have known.” His first project was a mantele, a type of embroidered tablecloth. Over time Chichicaxtle honed his skills, and turned his creative pursuits into a business. When he married, his wife joined him in designing and embroidering textiles. Today, his children are learning the family tradition. “In the future, my family will have knowledge of this work; my daughter is learning to work it,” he says.

The family’s business, Manteles Bordados Otomí Hechos A Mano, creates textiles embroidered with complex and ornate designs featuring natural elements such as animals, flowers, the moon and sun, as well as geometric symbols and motifs. Sometimes these are actualized in ecstatic, vivid rainbow-hues across a single mantele or blouse, while in other cases, a single color of sunshine yellow or turquoise is the only hue. The base of these works is high-quality 100% cotton, purchased from various regional purveyors. The embroidery thread is also cotton. Chichicaxtle uses a tool called a drum, whose wood or plastic base helps steady the fabric and allows the embroidery needle to pass through more easily.

Chichicaxtle produces a range of both functional and decorative items, including bed coverings, wall décor, and placemats. In producing consistently high-quality textiles which incorporate traditional techniques, Julio Laja Chichicaxtle has ensured that his work and his reputation will endure for years to come.