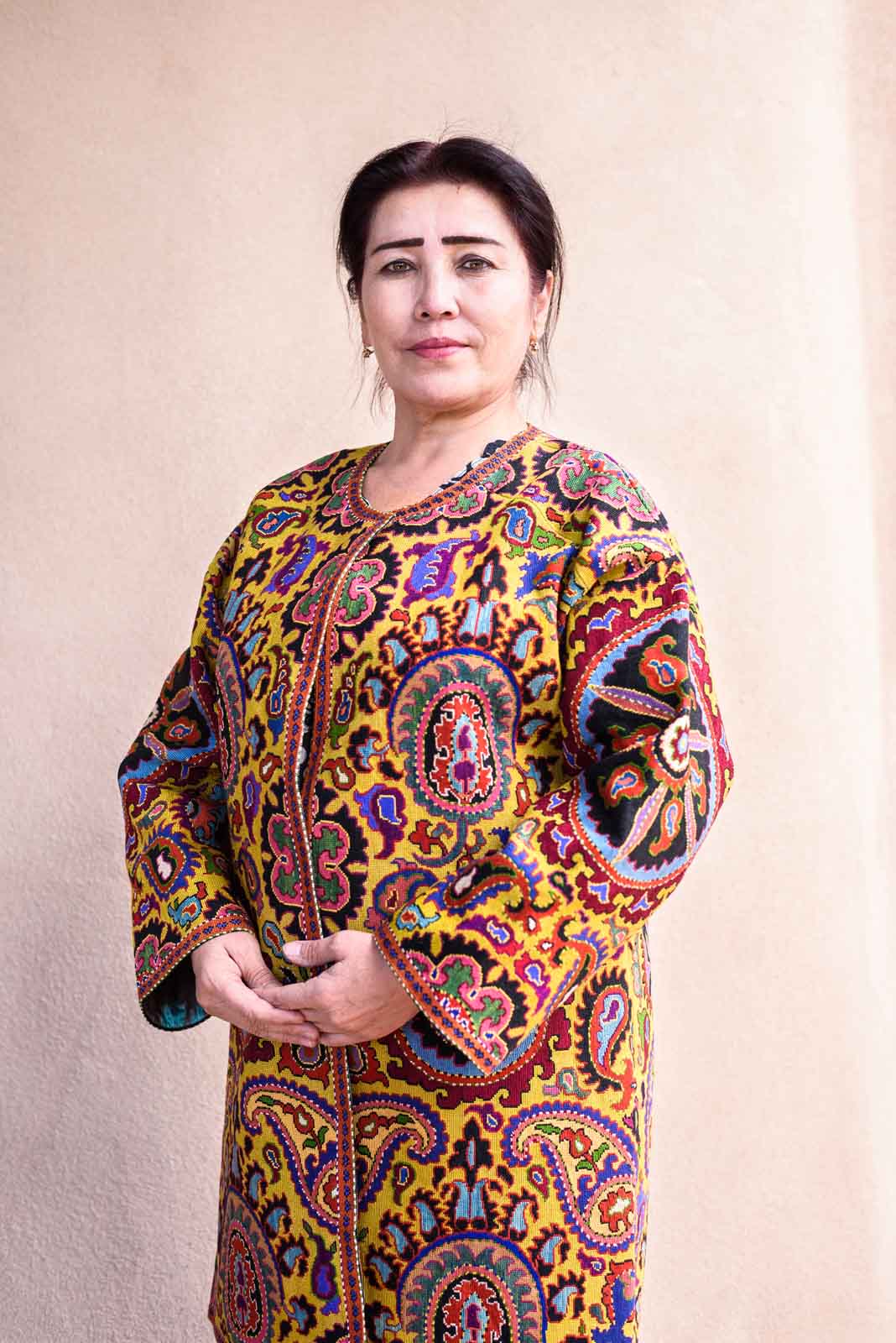 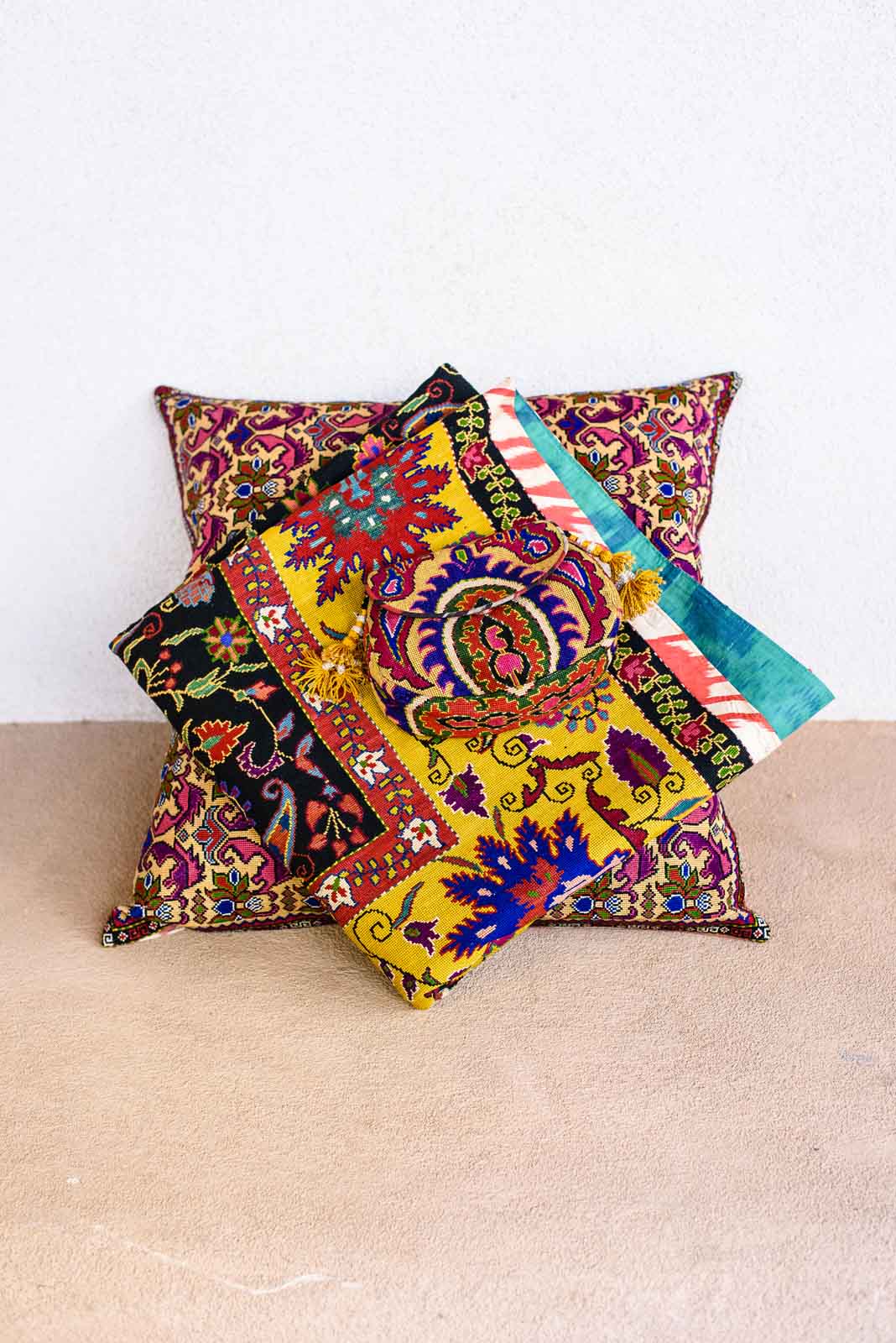 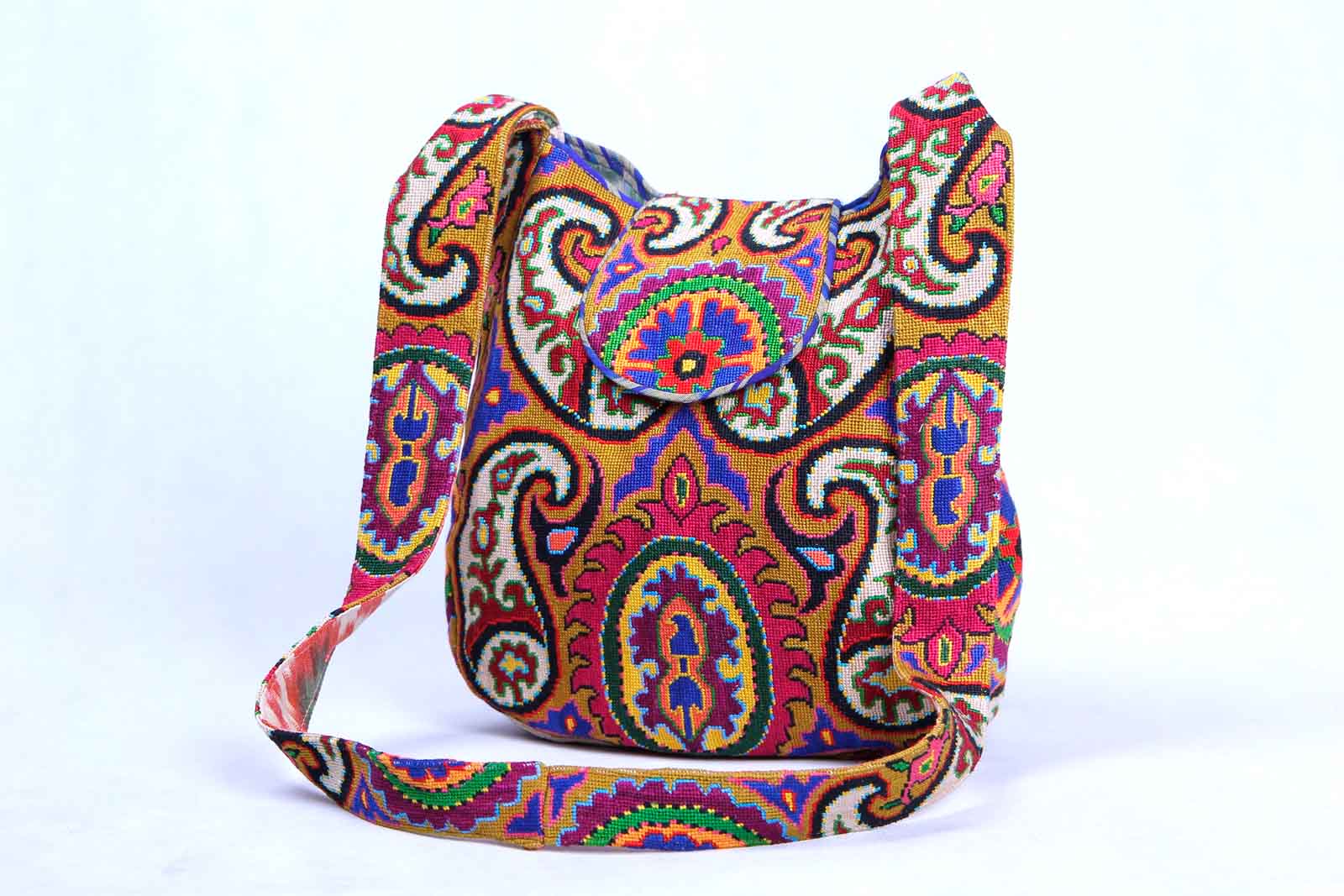 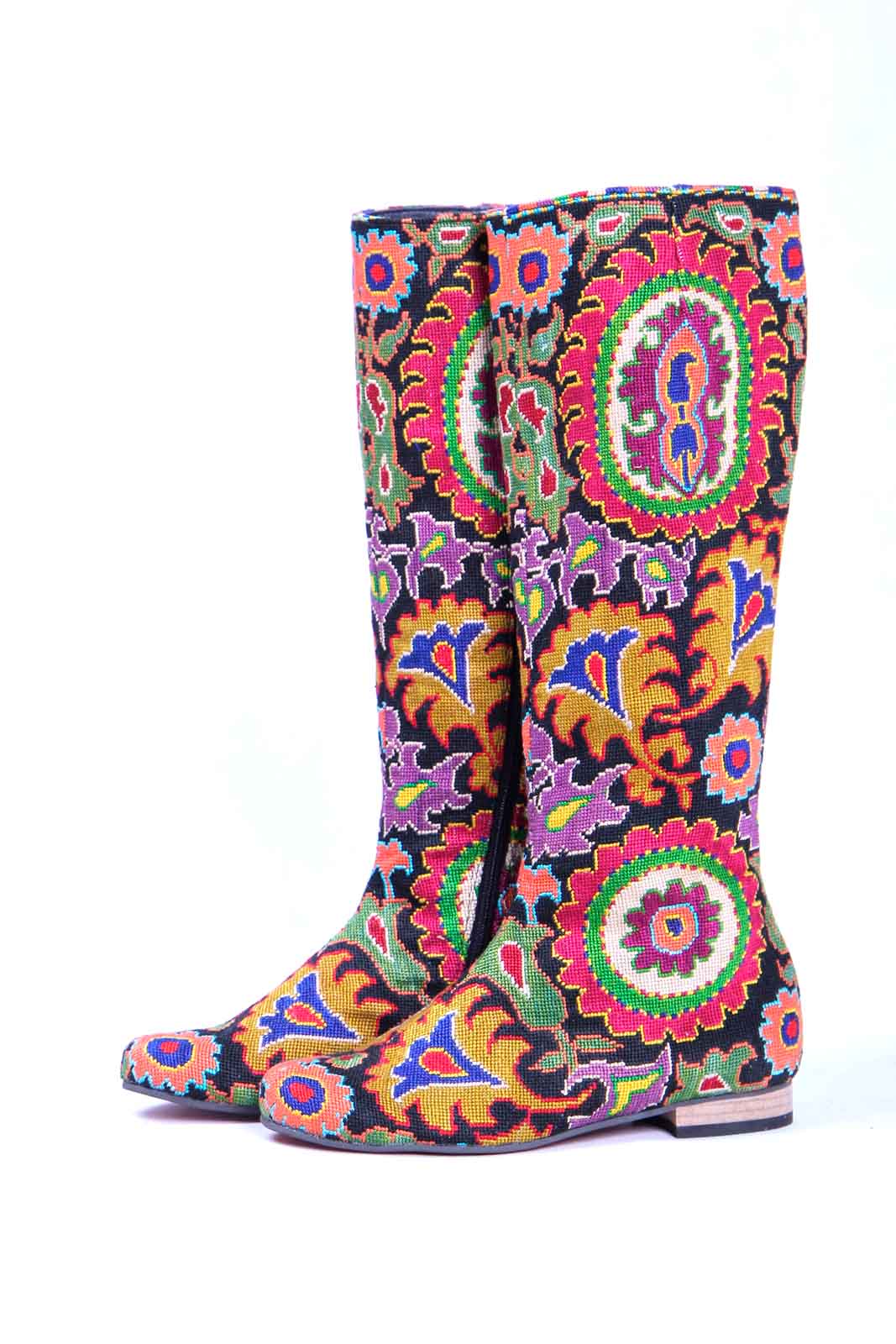 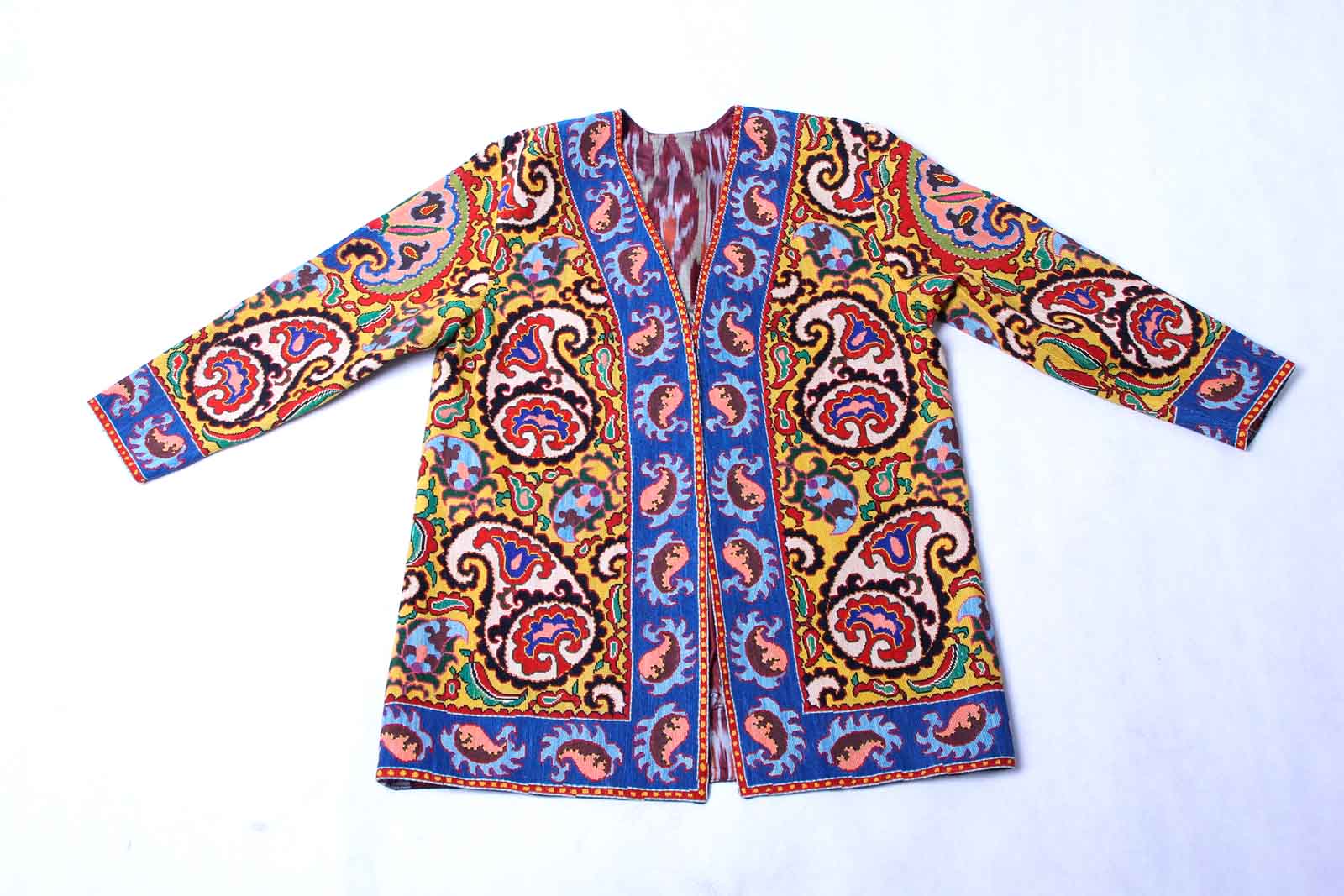 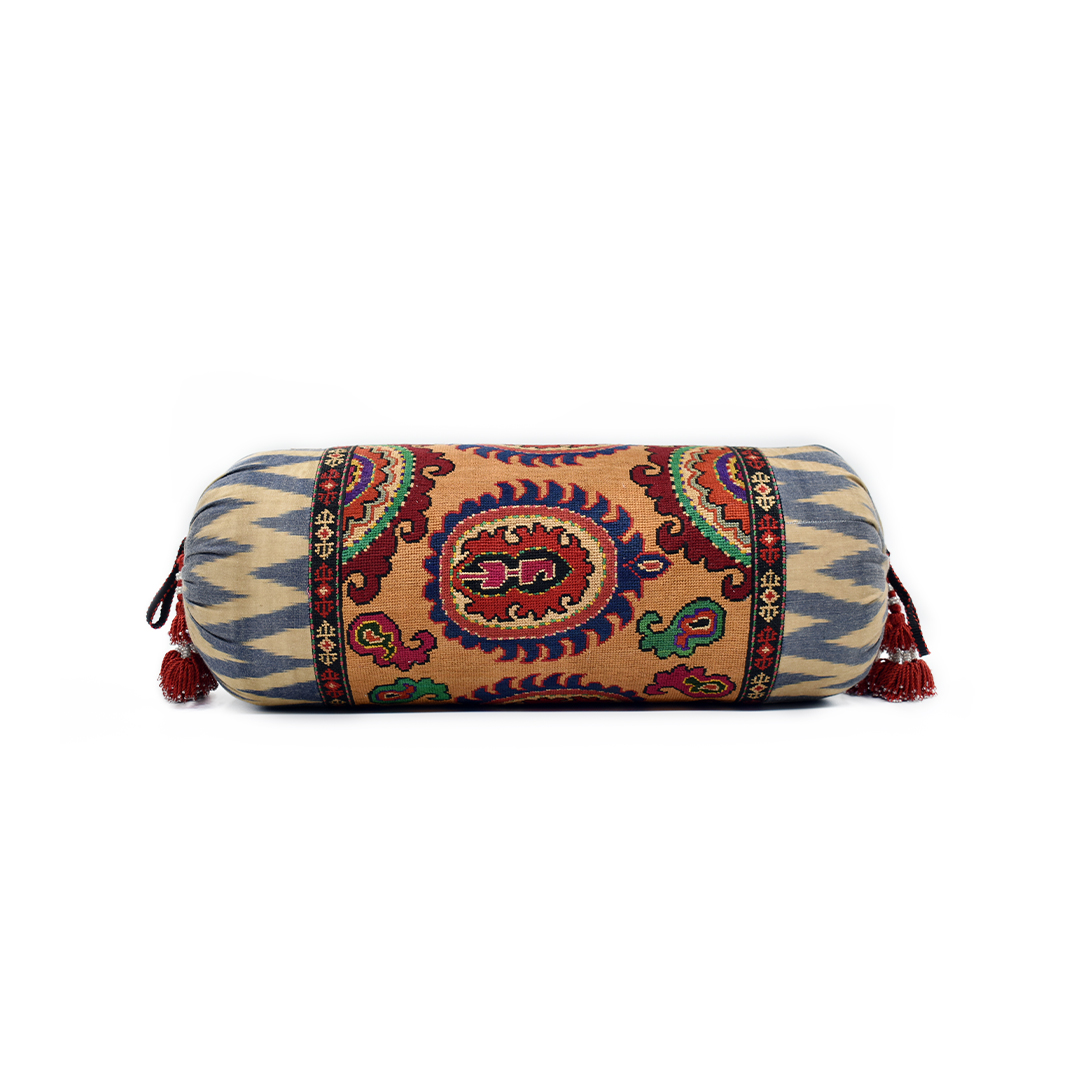 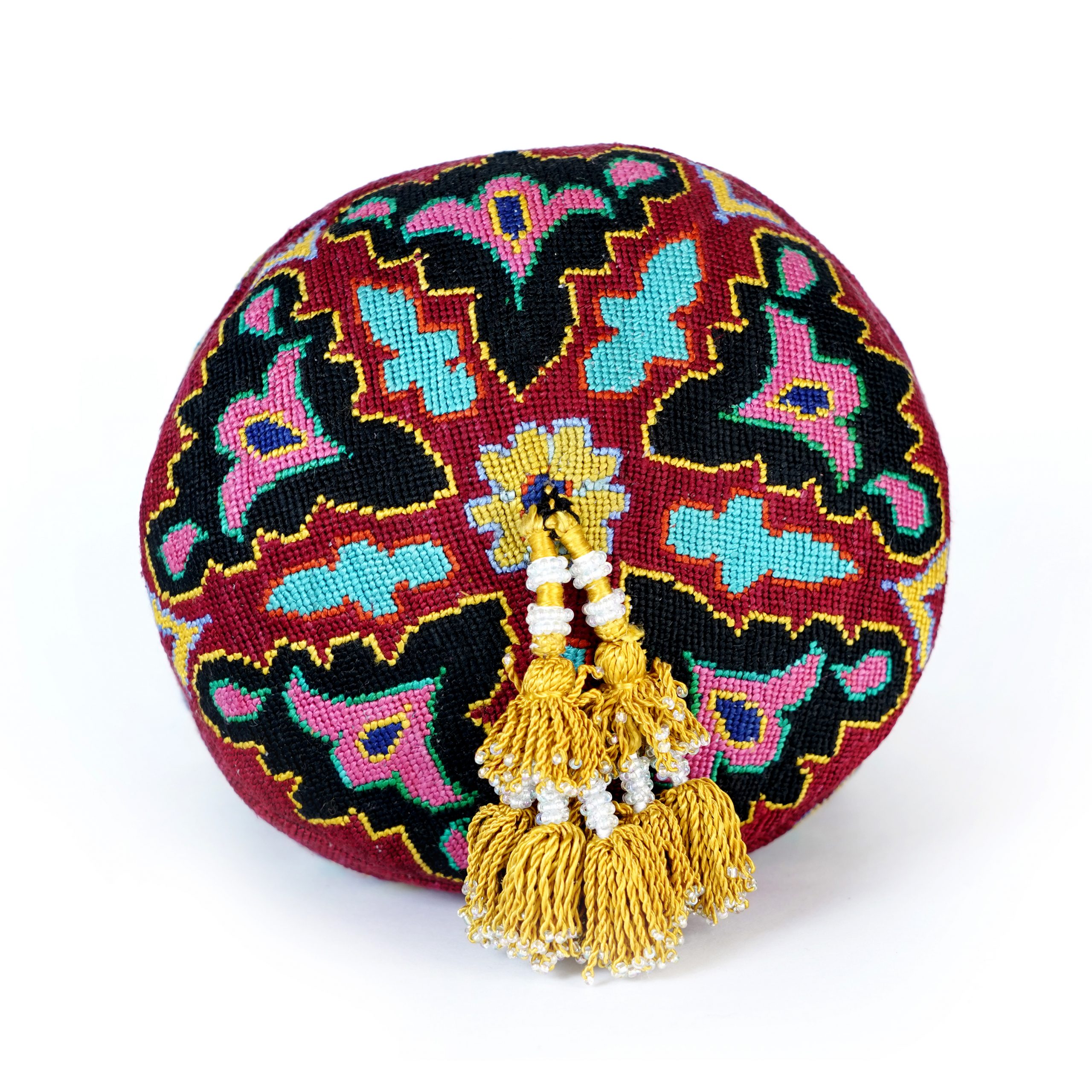 Gulnora Odilova resides in the city of Shakhrisabz, located in southern Uzbekistan. Over a decades-long career as a master beadworker, weaver, and embroiderer, Odilova has also taught her skills to hundreds of artisans, the vast majority of whom are women. For years, Odilova’s mission has been to preserve and revive traditional Shakhrisabz embroidery, while simultaneously promoting it to an international audience.

Odilova works primarily in silk, which is cultivated locally in Uzbekistan. The process of creating one of her intricately designed, many-hued coats, for instance, starts with selecting an appropriate piece of fabric. Then the design must be created, a process that begins with multiple sketches. Colors are chosen along with motifs, and then embroidery begins. Odilova is proud to offer footwear in addition to garments and home-goods. Leather is the base material, over which fantastically intricate, allover patterning is applied. Every step of the process is done by hand.

Origins of Shakhrisabz-style artistry can be traced to the 17th century. As is the case in many families of artisans, Odilova inherited knowledge of this unique artform from her mother, who also learned from female relatives. Though Odilova’s techniques have gained her an international clientele, her work is also beloved by residents of Shakhrisabz. For years, Odilova has been the recipient of highly coveted awards. She was even honored as the best handicraft artisan of Uzbekistan by the country’s president in 2006. She has attended international exhibitions and forums and continues to preserve and protect the ancient heritage of traditional Uzbek textile art.