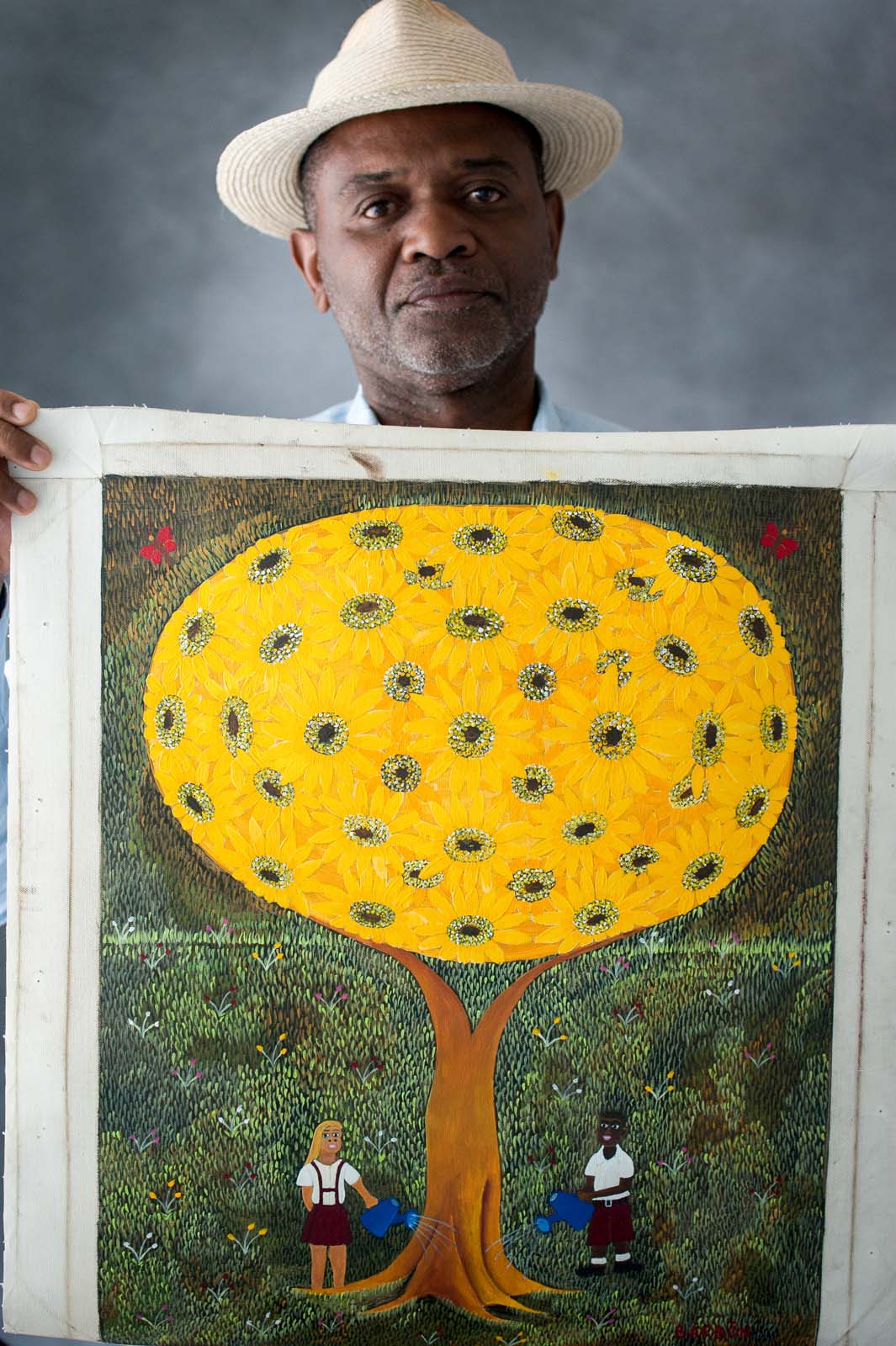 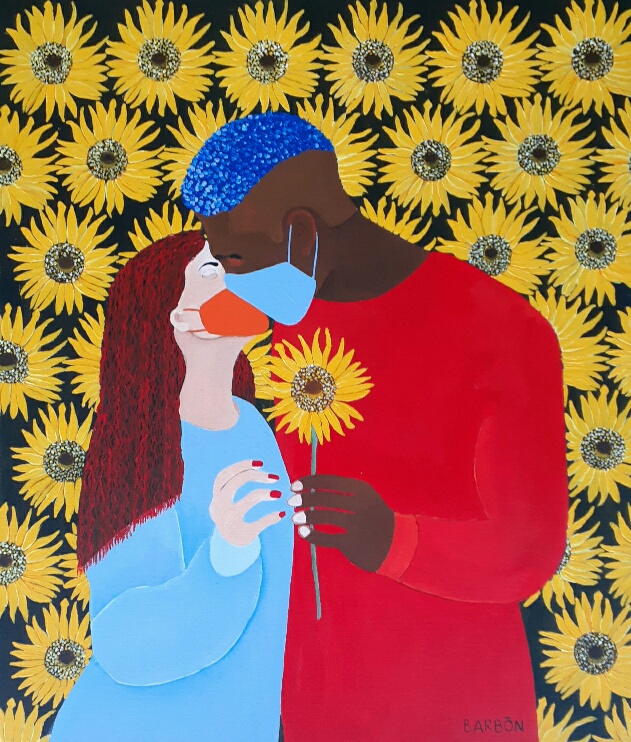 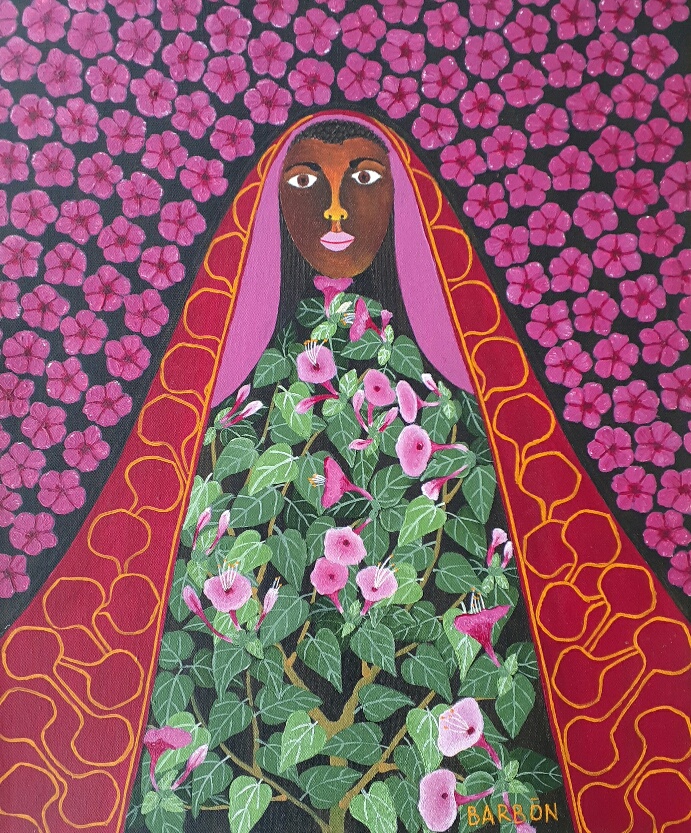 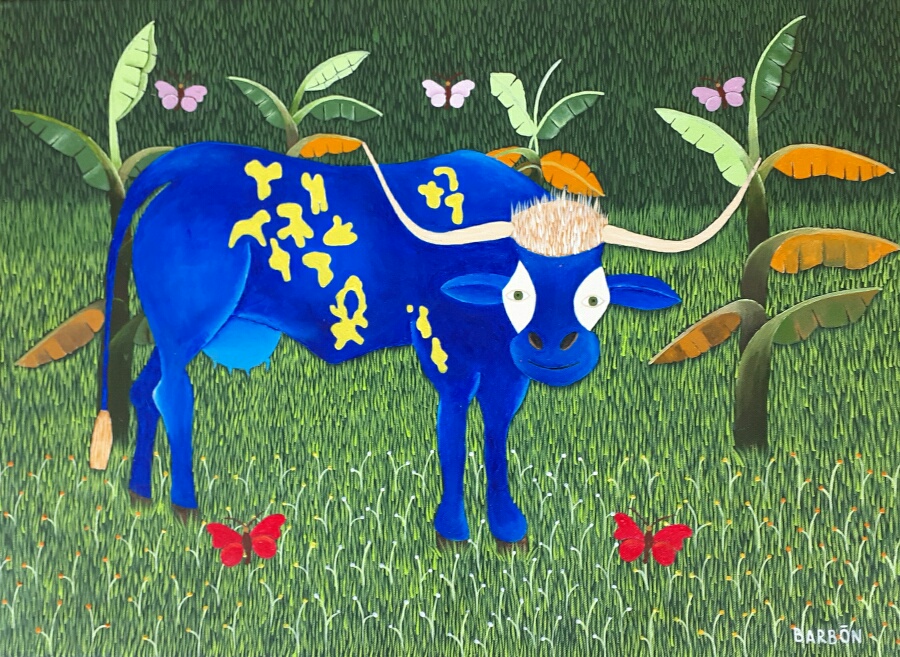 Julio Barbon Davis comes from the city of Cienfuegos on Cuba’s south coast, nicknamed La Perla del Sur, The Pearl of the South. The city’s historic center was added to UNESCO’s list of World Heritage Sites in 2005 for its remarkable cluster of Neoclassical architecture, unique within the Caribbean—the best existing example of early 19th century Spanish Enlightenment thought in urban planning. As a mechanical engineer, Julio has lived well in the city, which has allowed him to nurture his creative passions. As an artist with a critical understanding of his nation’s past, he creates imagery reflecting upon contemporary societal issues, and illuminating the importance of African people and culture in the formation of the Cuban national identity, customs, and belief systems.

While he has experimented with a variety of artforms, Julio has managed to connect deeply with his community through his paintings. Rendered in a naïve style, his work is concerned with the natural and human environment. He merges his love of nature with his understanding of Cuba’s religious syncretism, a combination of African and Catholic beliefs. Like many Cuban artists, Julio uses whatever resources he has at hand, painting with oils and acrylics on cardboard, canvas, or güira fruit.

The resulting works are highly graphic, brightly colored, and unmistakably earnest. His images of Black women in long open veils, evoking iconography of the Virgin Mary, are particularly striking. With symmetrical compositions, the figures explode with pattern and color, their garments become tangles of vining blossoms, floating tropical fruits, and verdant flowering trees. Equally interesting are the backgrounds of the pieces which feature local flora and fauna like tropical fish swimming through bright blue seas. Despite their often-serious subjects, Julio’s paintings are always full of vibrant optimism, depicted in the sun-drenched colors of the Caribbean.