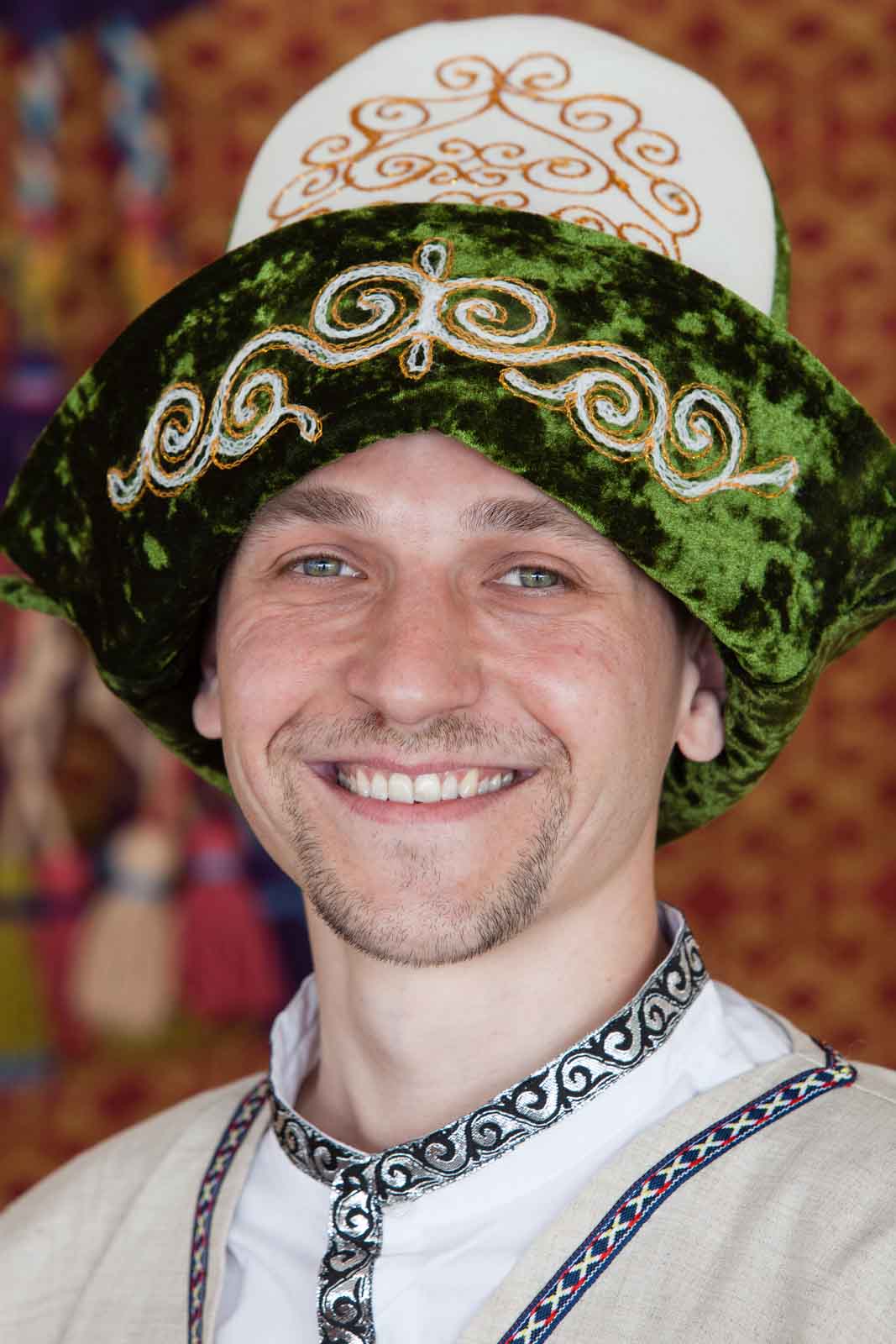 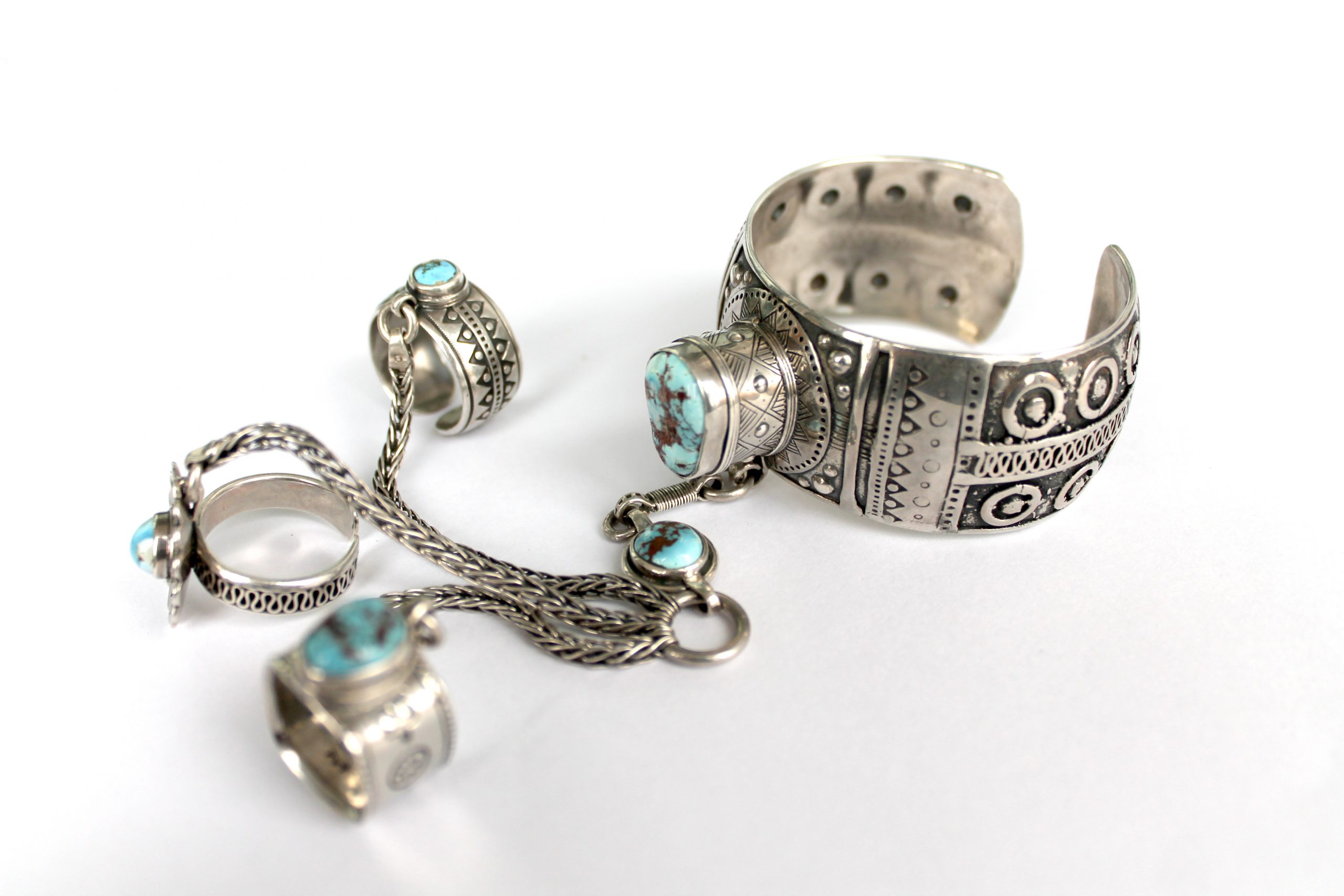 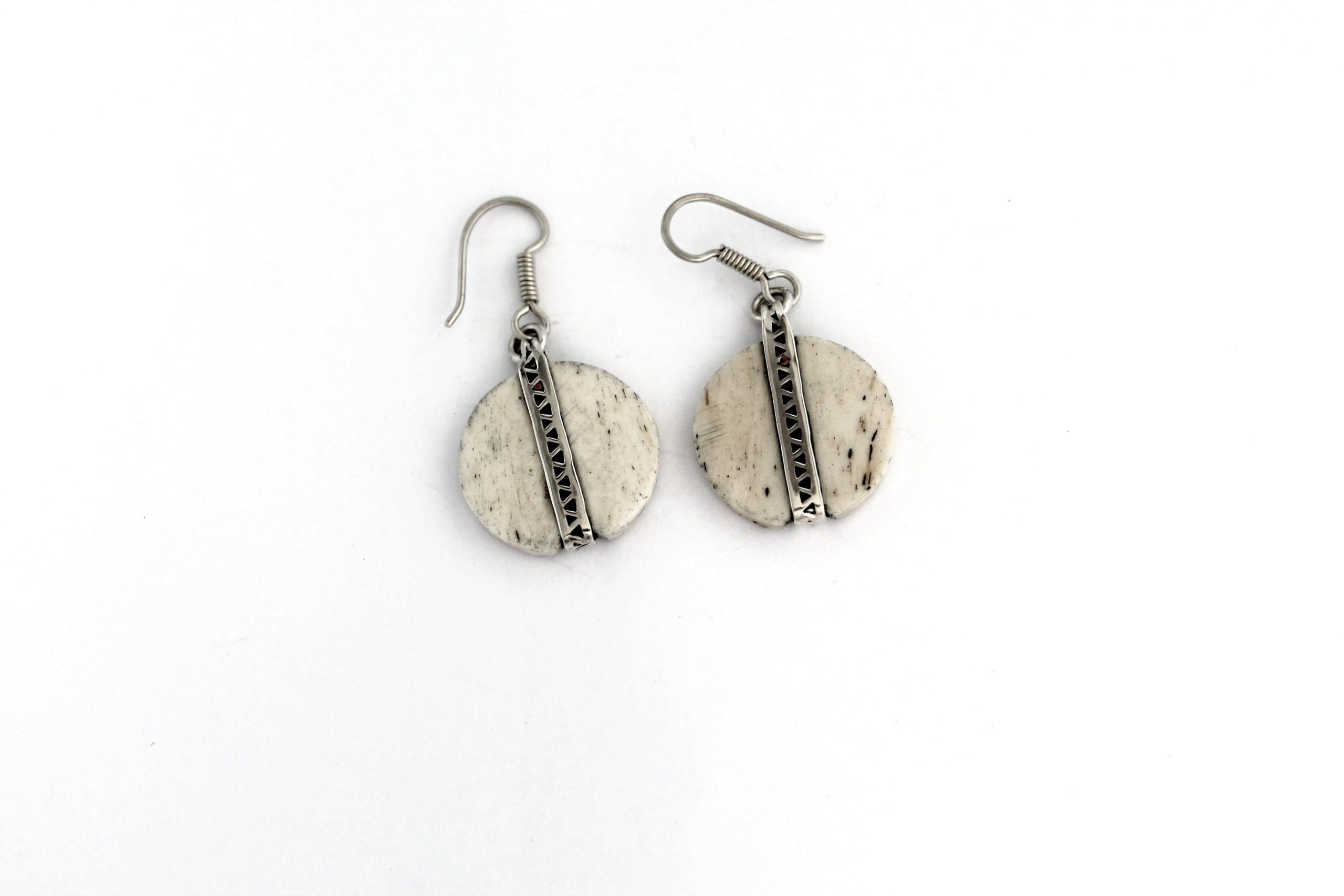 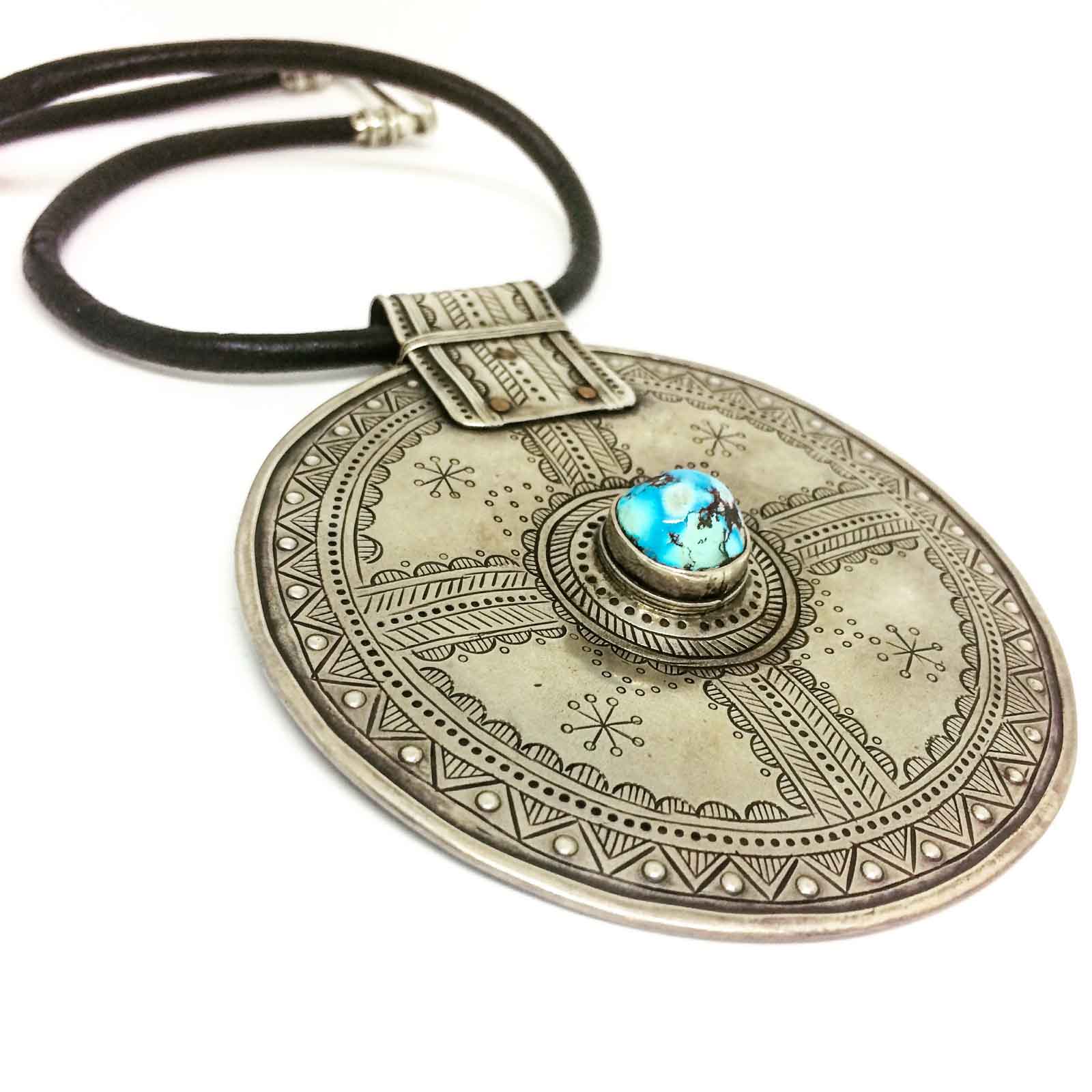 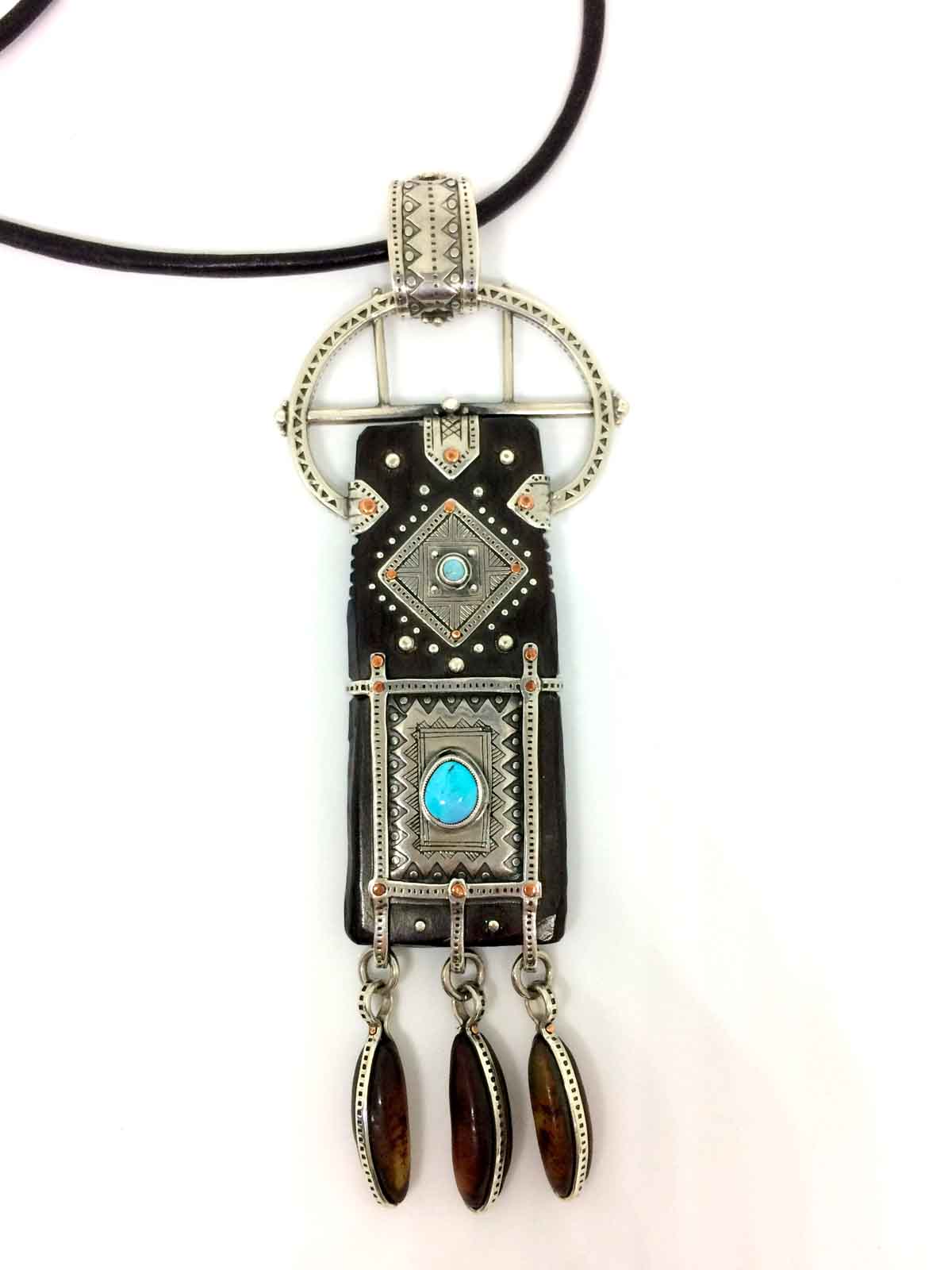 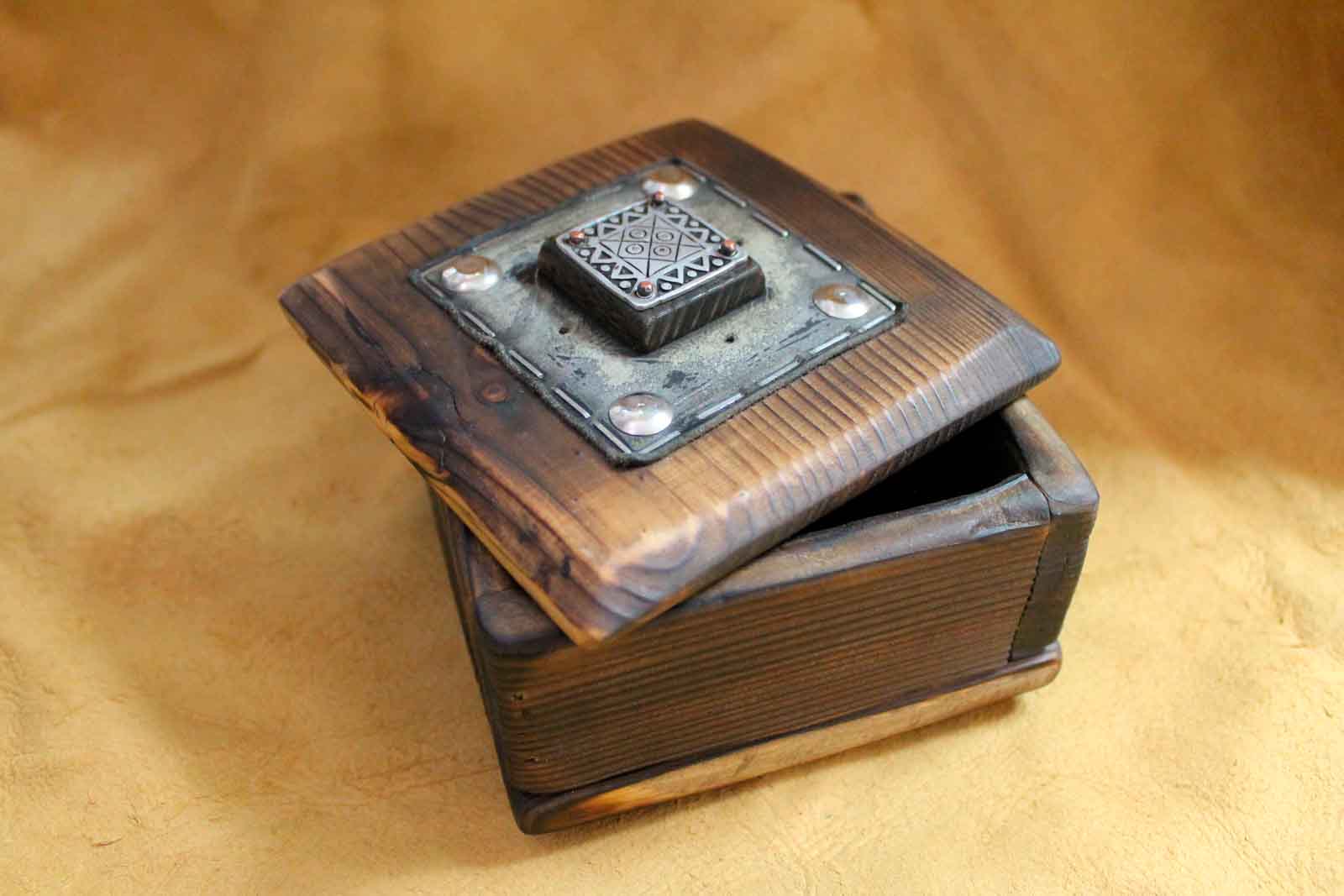 Born and raised in Karaganda, Kazakhstan, multi-award-winning silversmith Ilya Kazakov is reinventing a jewelry tradition that dates back to the Bronze Age. Taking inspiration from his surroundings and working in copper, silver, wood, bone, leather, and stone, Kazakov’s jewelry combines contemporary design sensibilities with the iconography of Central Asia’s past. In particular, Kazakov, whose work is inspired by archaeological discoveries in Kazakhstan, taps into the sacred symbolism of Tengrism, an ancient ethnic and state Turko-Mongolic religion originating in the Eurasian steppes.

Tengrism is still practiced today and is undergoing an organized revival in some Central Asian nations. In modern practice it is often a monotheistic religion, though sometimes many spirits or gods are observed, that evolved from folk shamanism and centers around the eponymous sky god, Tengri. Working in traditional Kazakh methods, Ilya incorporates Tengrian motifs including triangles, totemic animals, crosses, and spirals into his work through stamping, engraving, chasing, and myriad other traditional metalworking techniques.

“In Kazakh culture, jewelry plays a primary role in traditions. Each event and stage in the life of a nomad was accompanied in one case by jewelry and in another by amulets,” explains Kazakov, who began his training under a master smith at the age of 18. “Through my craft […] I am part of the culture. […] This work is important for us because we pass on cultural traditions to the next generation. For me, this is the best profession in the world. I love my craft.”