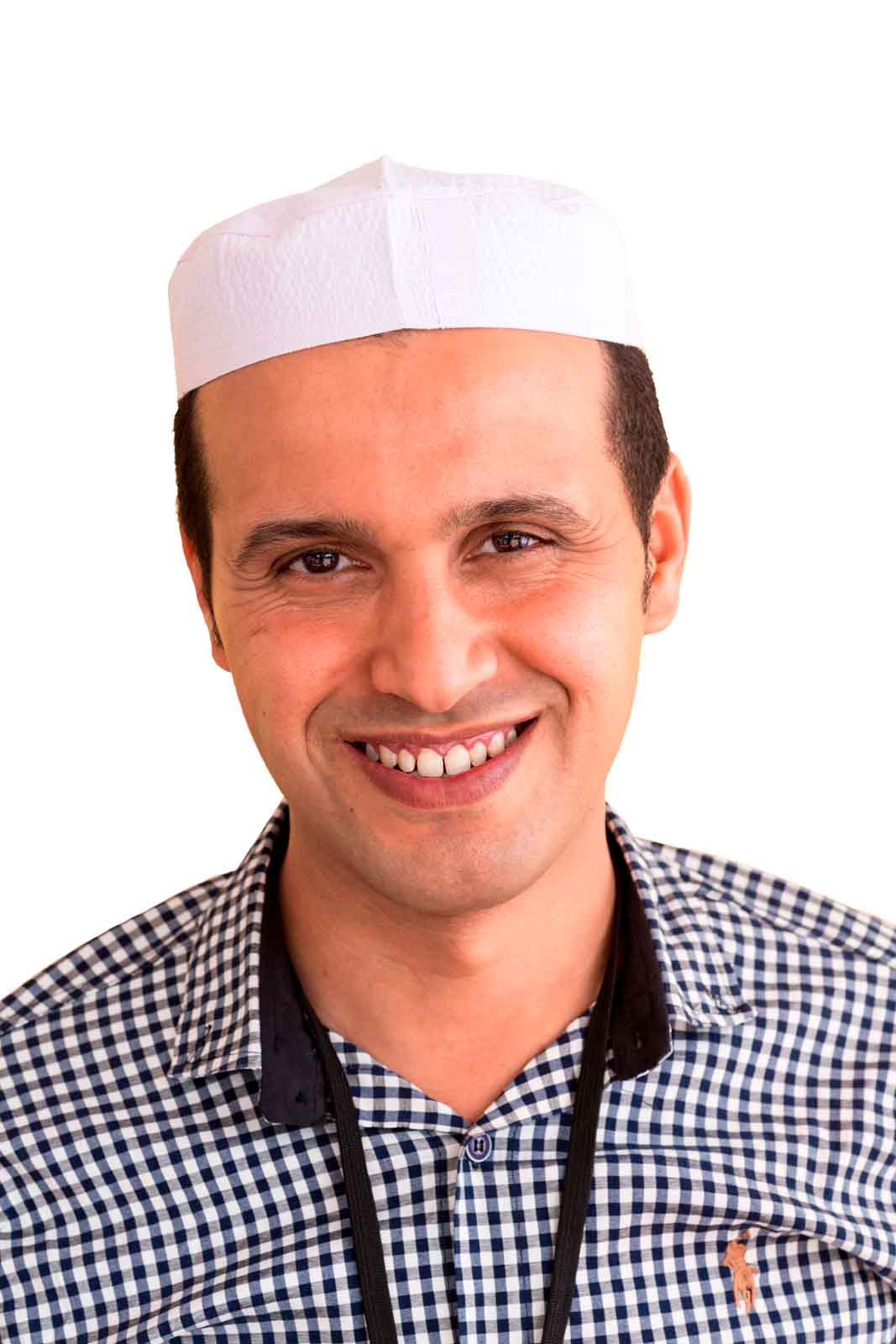 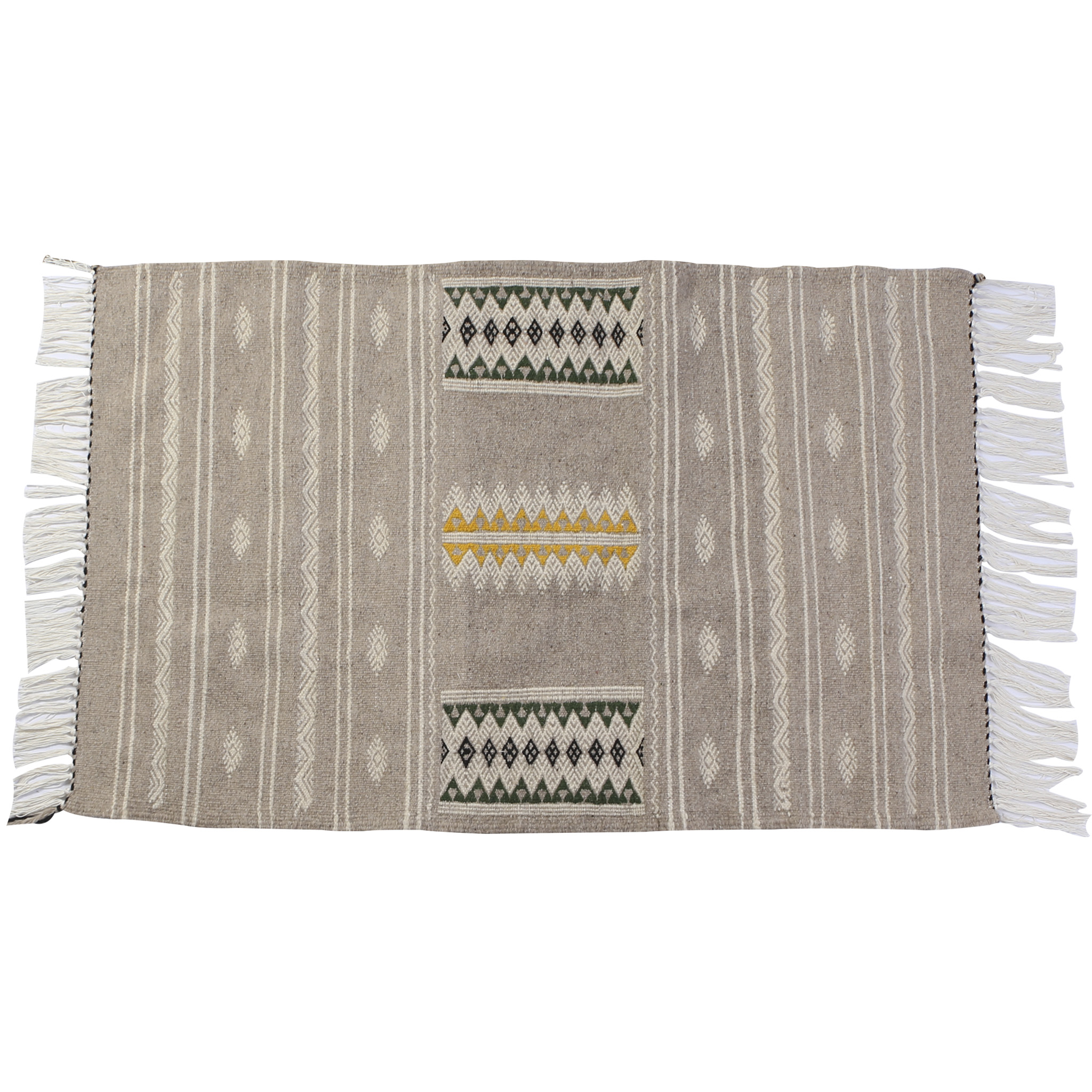 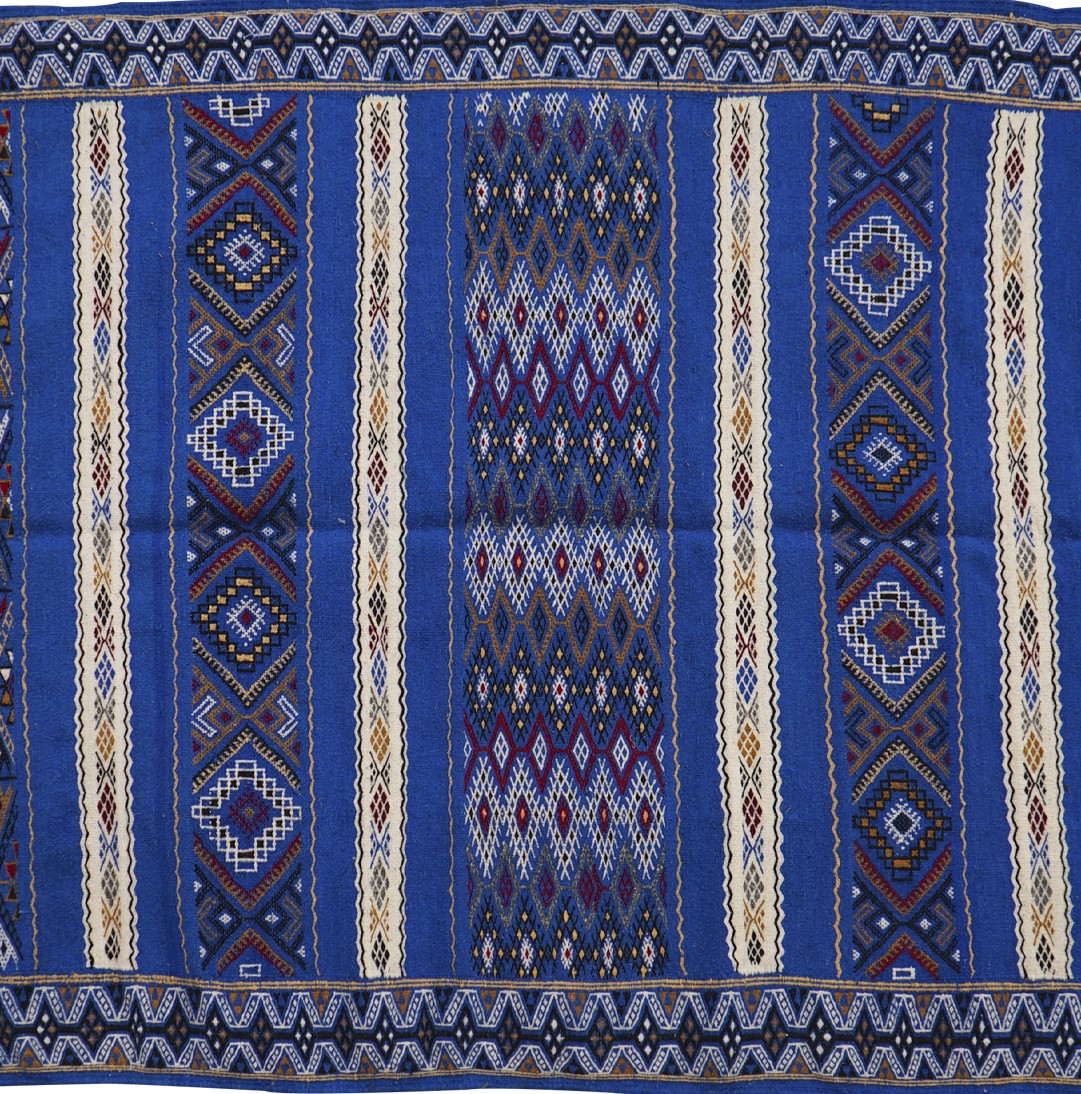 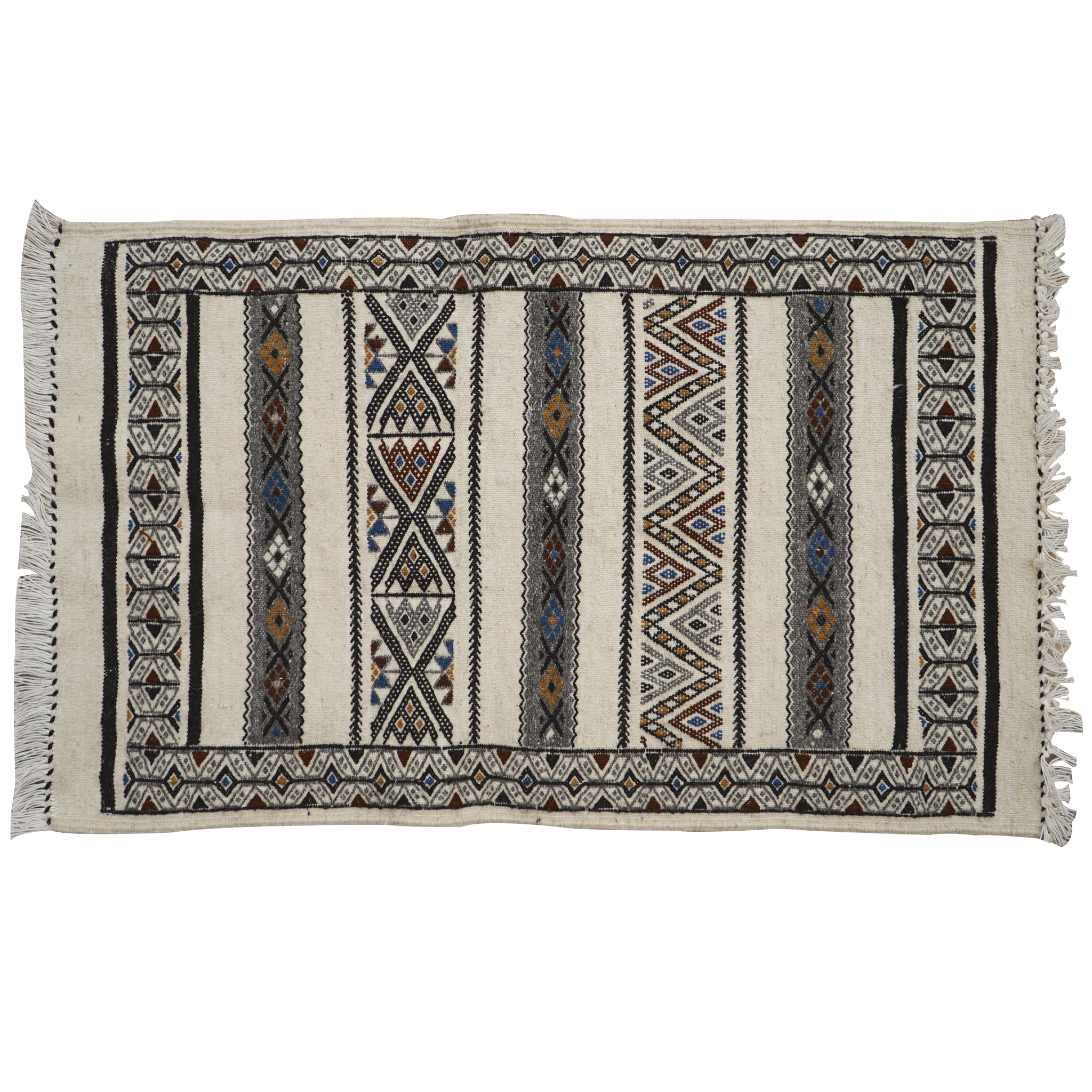 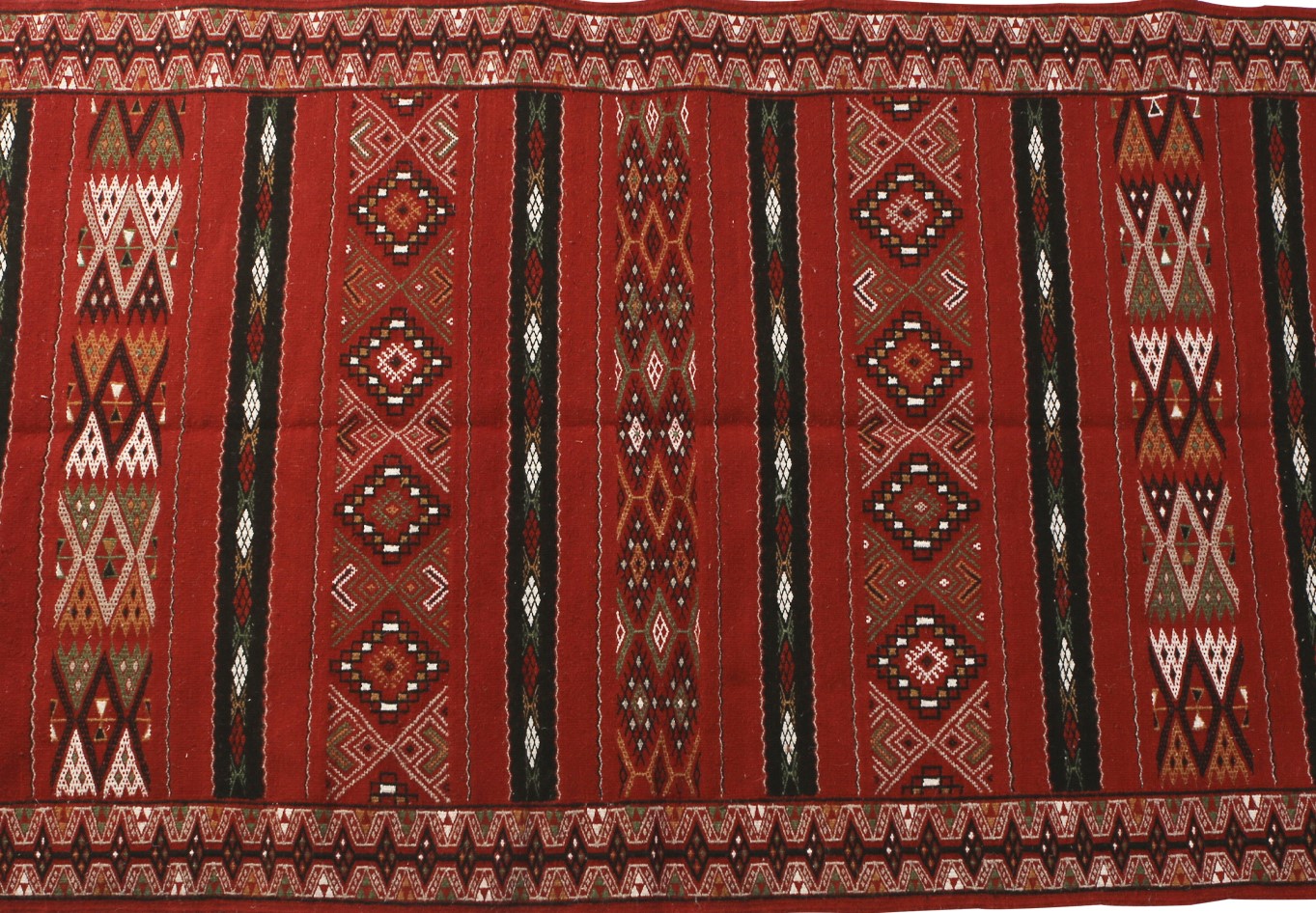 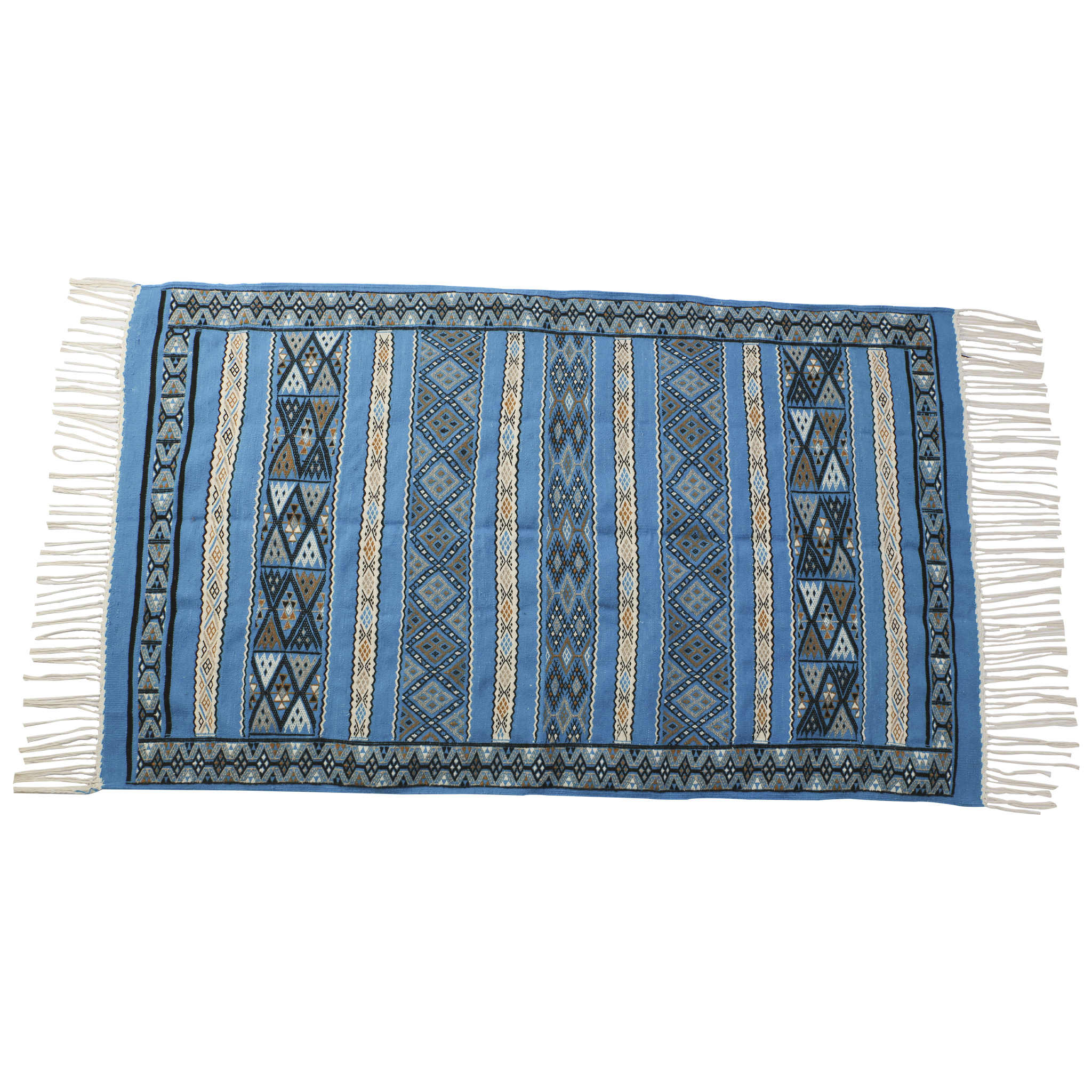 For centuries, the Berber people of North Africa have been known for their distinctive textiles. Traditionally, Berber carpets served utilitarian purposes, providing soft ground coverings for tents and more permanent dwellings. The textiles were used in a number of other ways, for example as sleeping mats, bedspreads, animal blankets, and ceremonial burial shrouds. Now, Berber carpets are revered for their textures and singular beauty, prized not only for their functionality, but for their artistic merit.

As in many Algerian artisan families, master weaver Hocine Bazine first learned how to weave from his mother and grandmother who inherited knowledge of the craft from their ancestors. Together, they instructed him in the use of a vertical loom. Bazine learned motifs and patterns traditional to his family, culture, and regional history. As an adult, Bazine expanded his repertoire by taking rug-making workshops and classes, determined to further hone his techniques and skills. Through his work, Bazine strives to maintain the heritage of Berber culture and honor those who passed down the ancient weaving traditions and techniques he uses today.

Crafted from sheep’s wool, Bazine’s carpets feature timelessly appealing geometric patterns and complex motifs in shades of black, white, red, and indigo. He has shown his extensive collection of rugs and carpets at marketplaces throughout Algeria, the United Kingdom, and the United States.