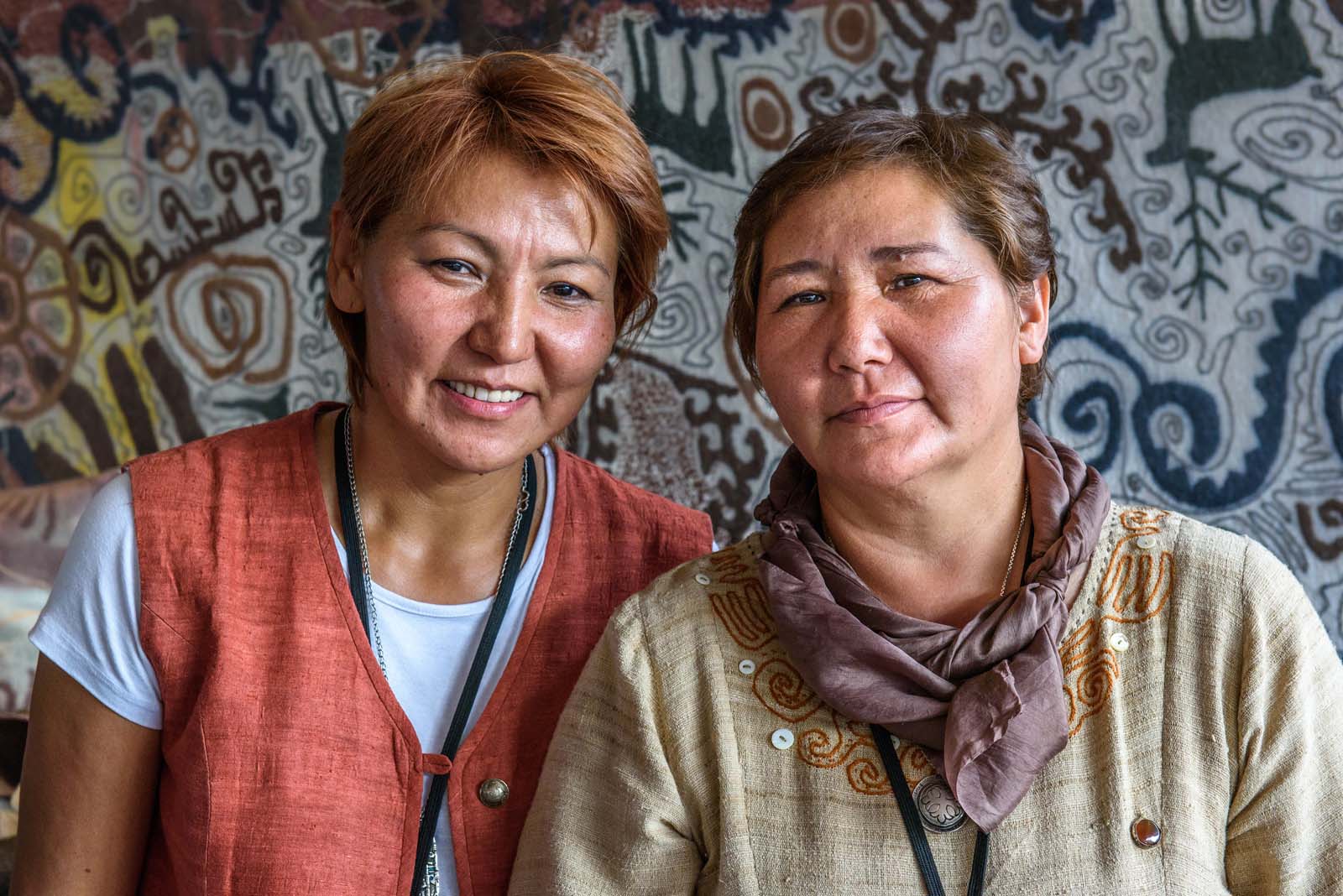 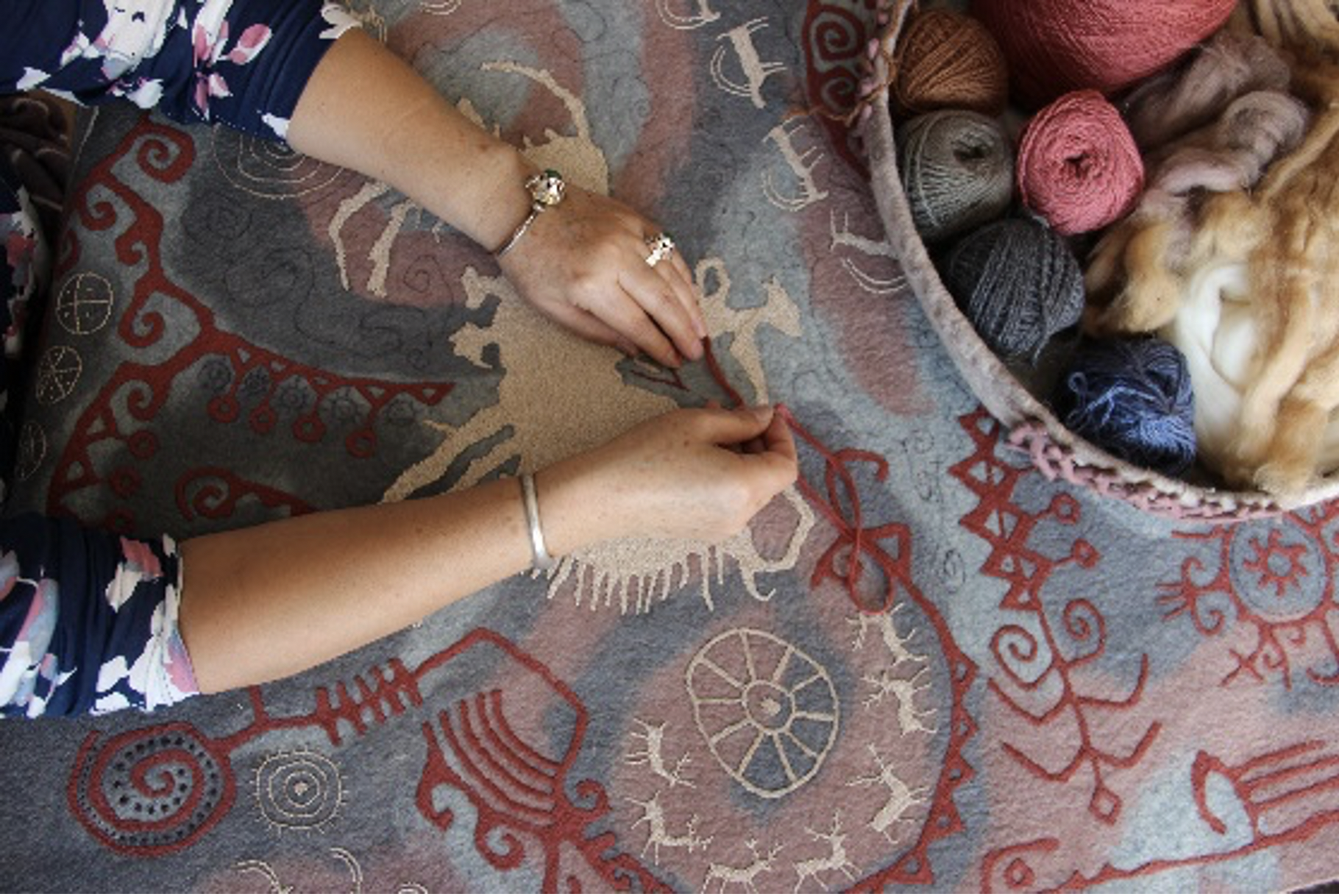 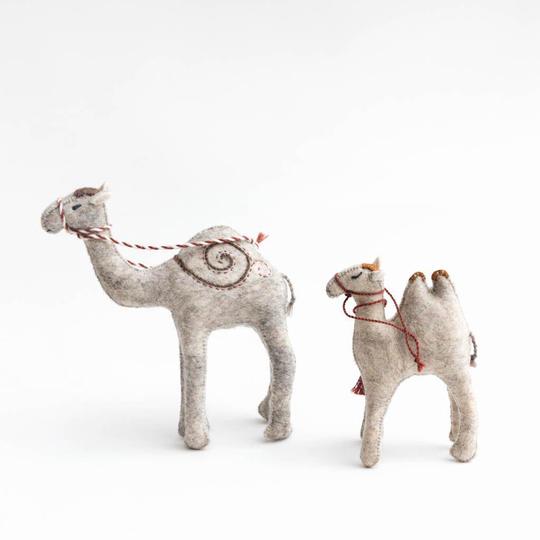 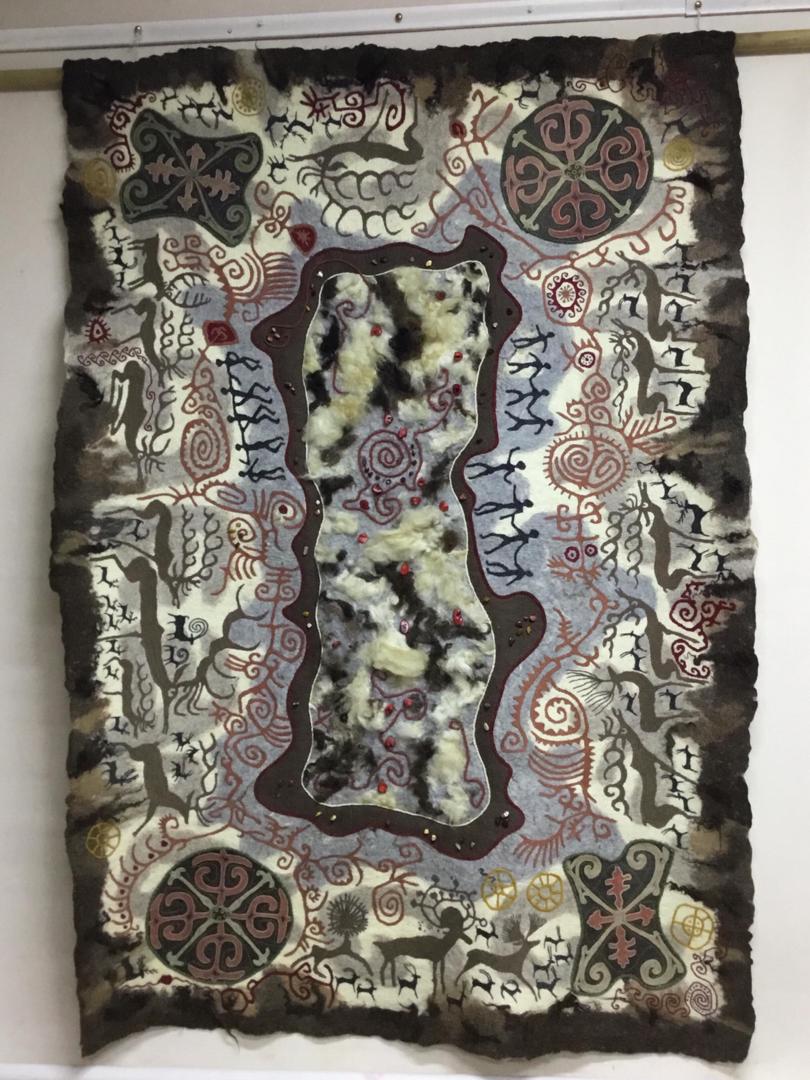 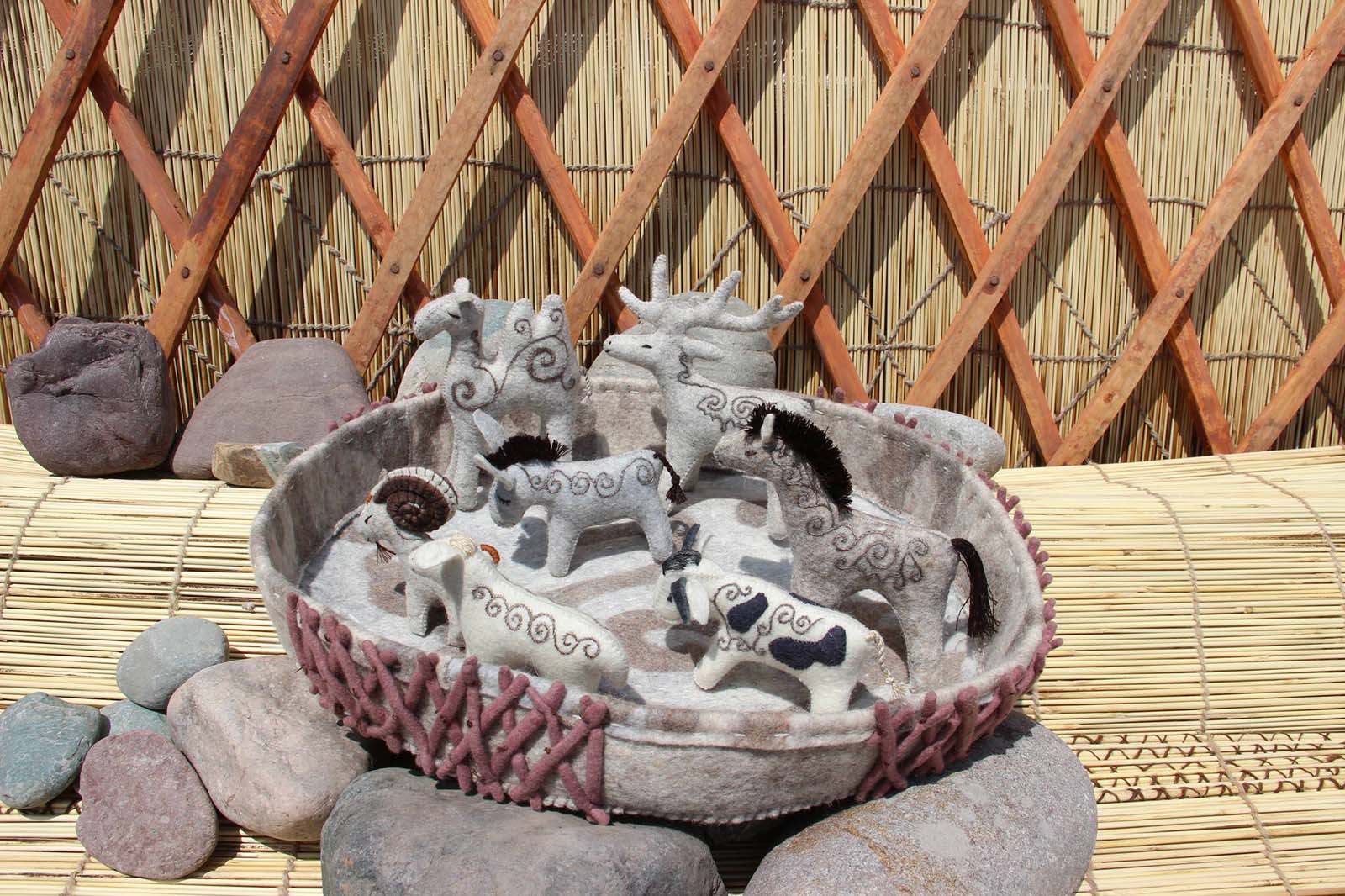 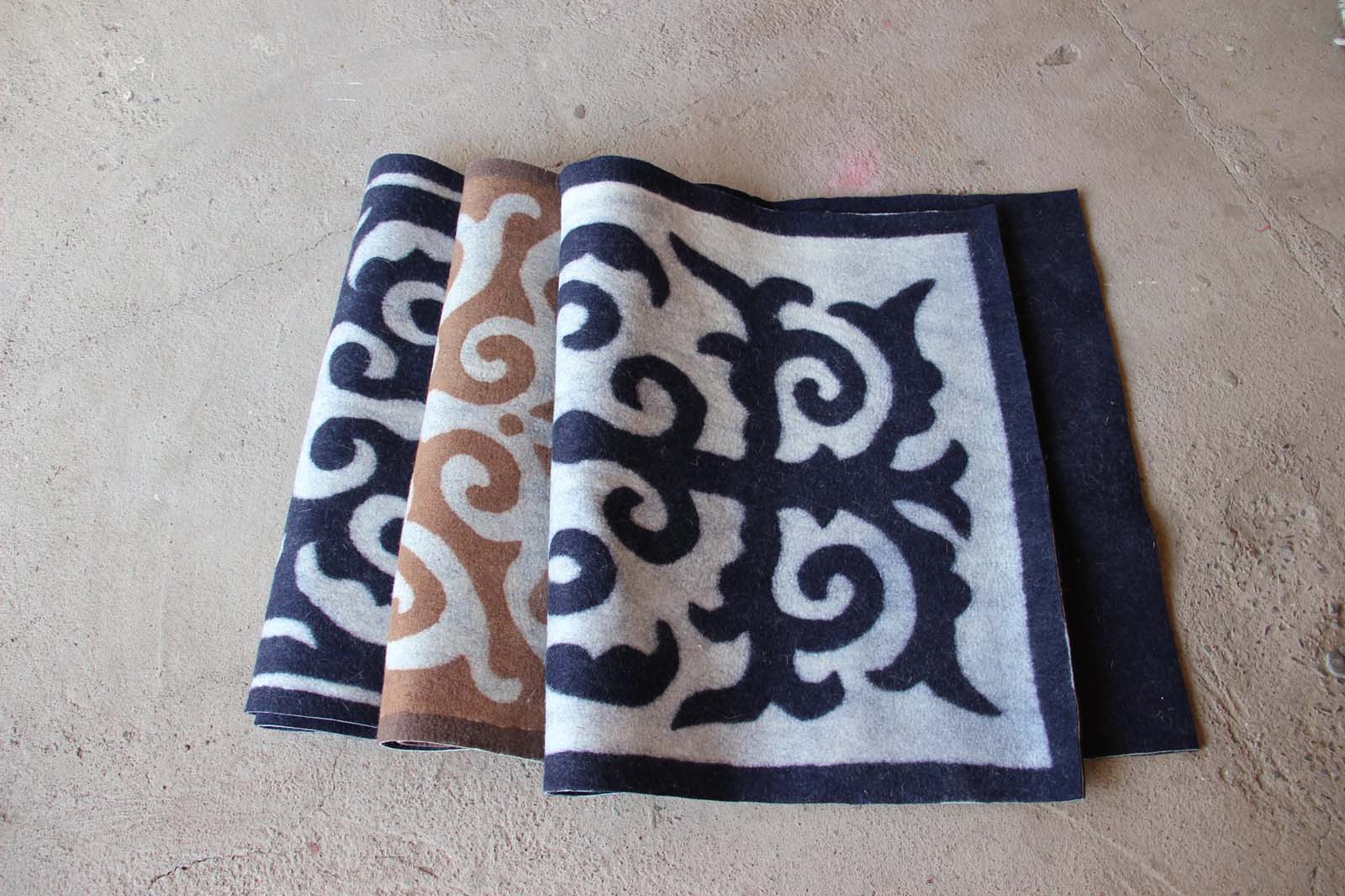 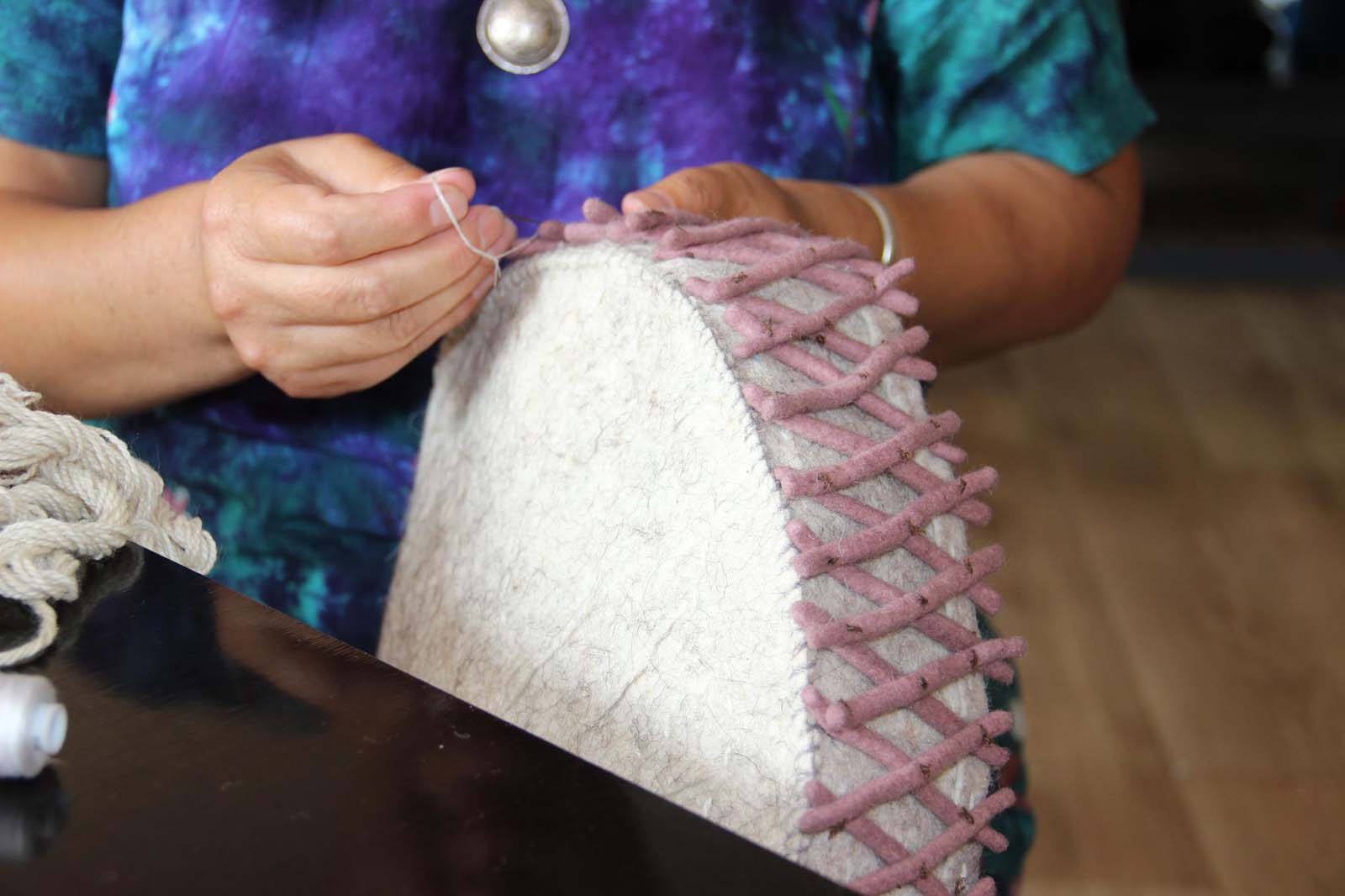 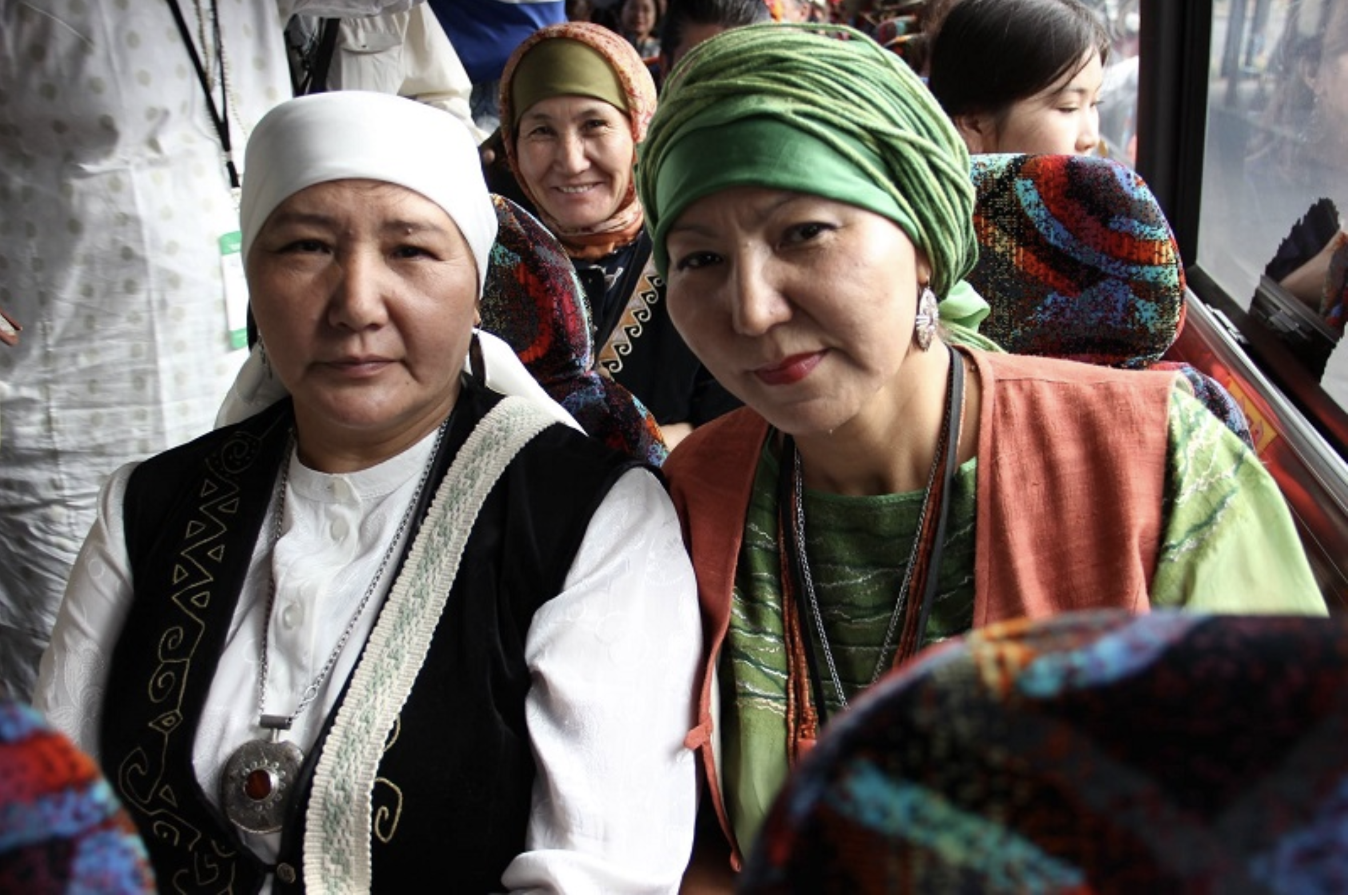 Sisters Svetlana and Fariza Sheisheeva started the Kyrgyzstan-based textile collective Art Group Saima to reflect ancient traditions and a distinctive style of weaving. Growing up in a village at the footsteps of the Tian Shan mountains, the sisters were always aware of the many uses of sheep’s wool, surrounded as they were by high pasturelands. This plentiful material provided centuries-worth of artisans an ideal canvas for a number of creative and utilitarian pursuits.

Deeply influenced by the nomadic past of Kyrgyzstan, Fariza is inspired by dreams she has of ancient regional petroglyphs. In a case of dreams coming true, at least for passionate art-collectors, these petroglyph visions lead to sophisticated, meticulously embroidered wall hangings and other felted wool items, which feature elegant animals or ancient symbology. The sisters even decided to name their collective after the Kyrgyz word for petroglyph, “saima.” All felt is made by hand, and most are also made from un-dyed wools, using only the beauty of natural colors. Wool is purchased from several shepherds in the family’s village or from surrounding villages. To get dark browns and yellow colors, the sisters use natural dyes, created from crushed walnut shells, dried onion skins, and other organic sources. Using an ancient, many-stepped felting process, Svetlana, Fariza, and their team of artisans achieve ultra-soft textiles for a range of uses.

With the fall of the Soviet Union in 1991, the Kyrgyz economy entered decades of difficulty and uncertainty. In that moment of huge transition and economic distress, the traditional skills of the Sheisheeva sisters enabled them to survive ,and now, to thrive thanks to their mastery of this traditional craft.