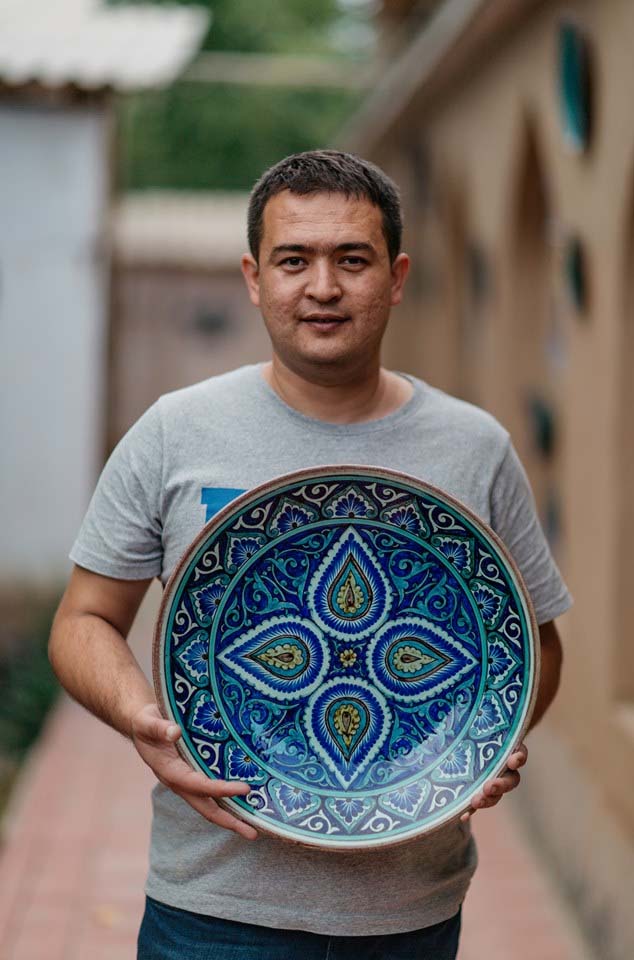 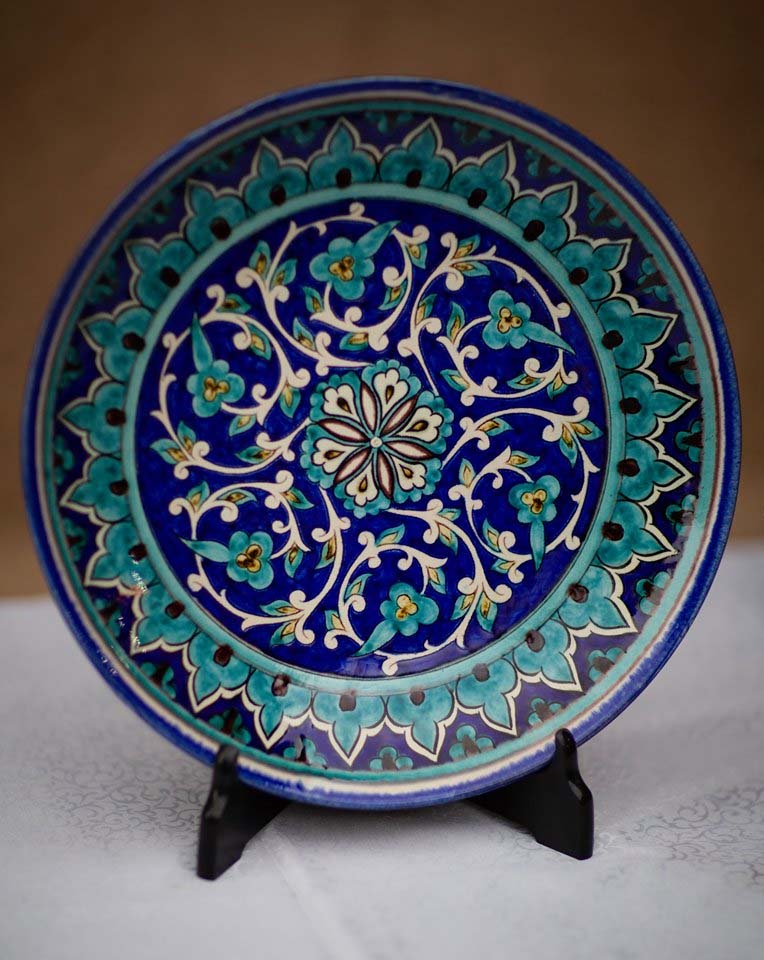 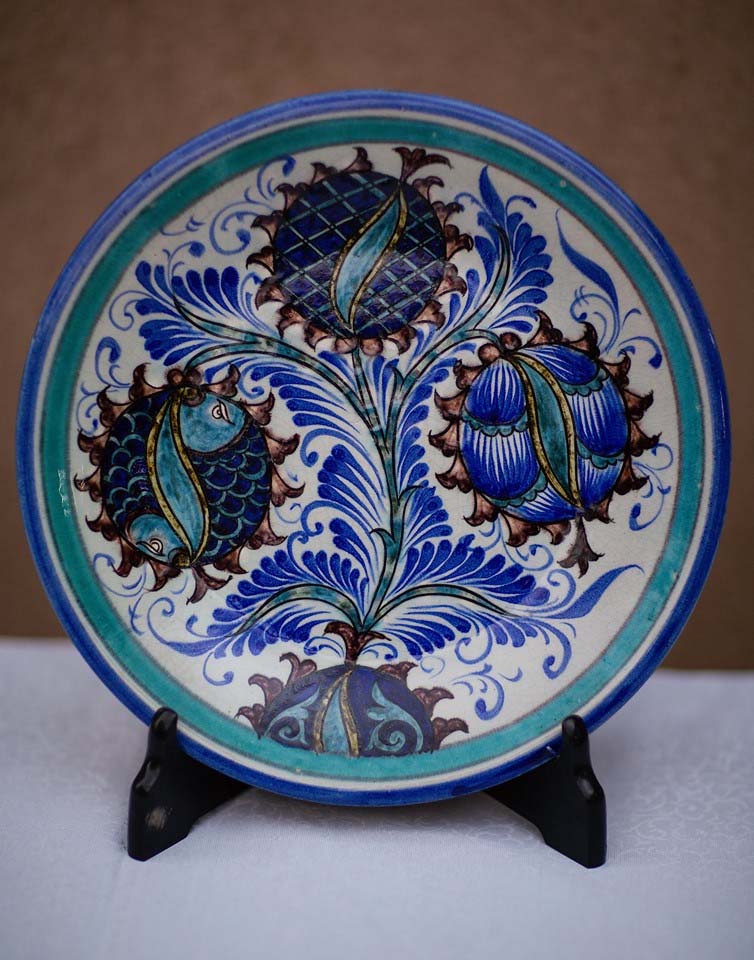 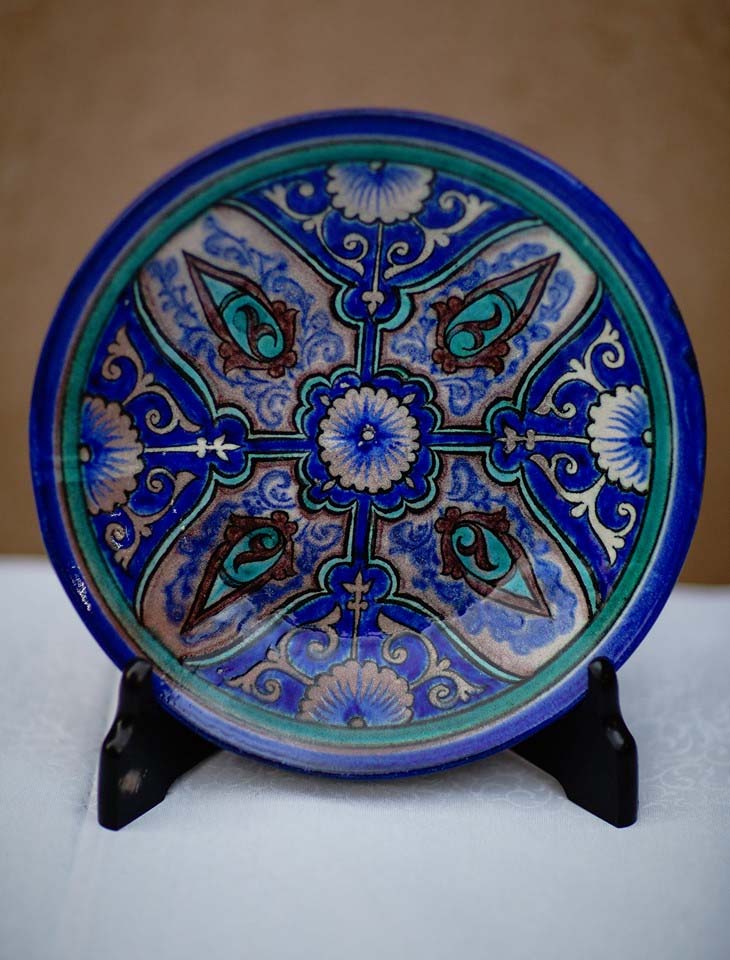 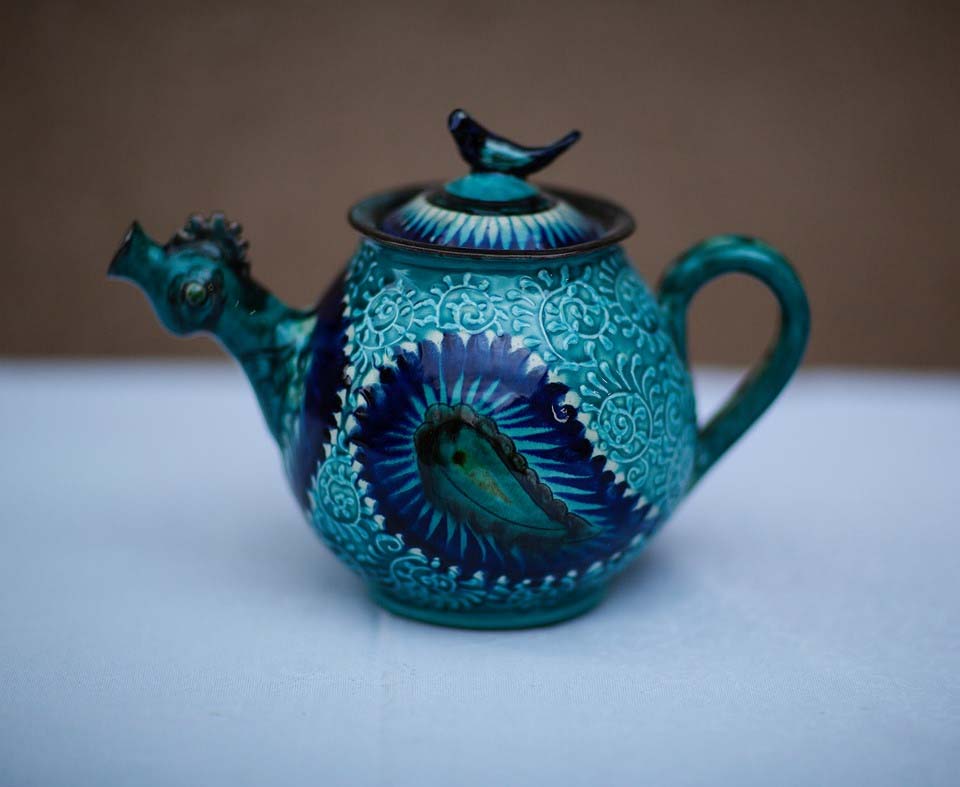 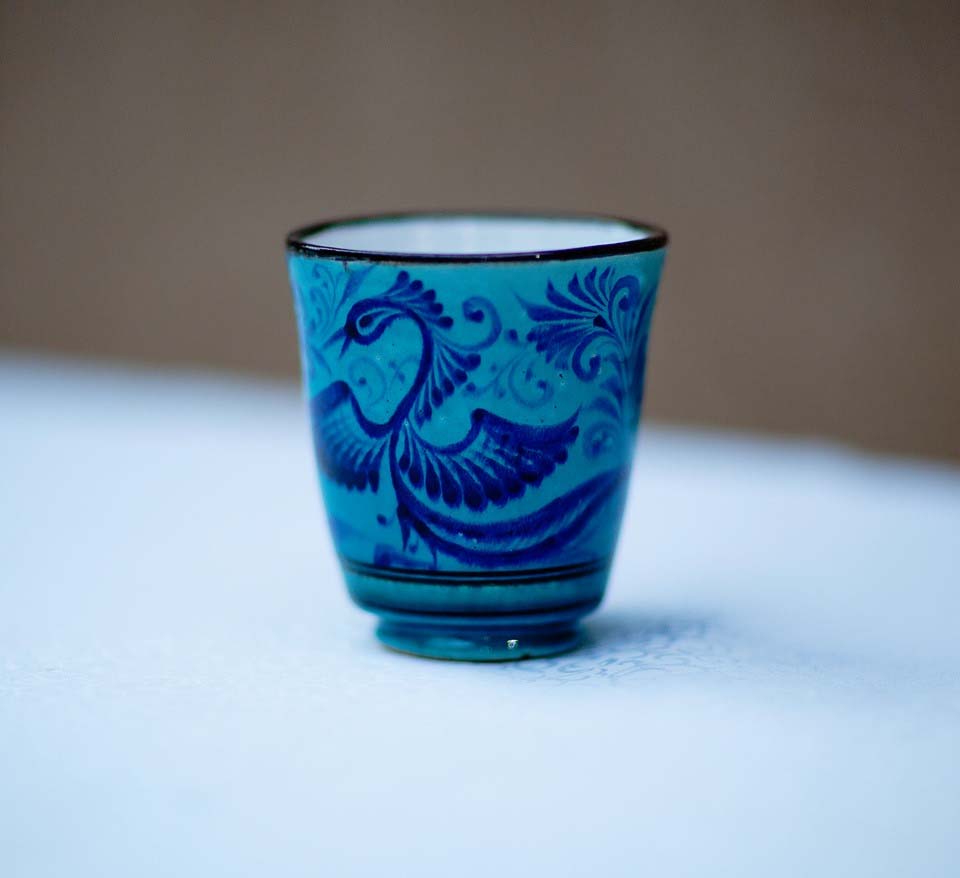 Rishtan ceramic dishes have long been prized by Uzbek families, used for everyday meals as well as for special occasions. Bakhtiyor Nazirov and his son Diyorbek are well-known for their intricate designs in blue and turquoise which, according to ancient beliefs, are the colors of pure water and cloudless skies, symbolizing happiness. Bakhtiyor began his studies of Rishtan traditional ceramics at the age of 12 and is now a member of Hunarmand Association of Popular Artists and the Uzbekistan Academy of Arts. Bakhtiyor also began passing his skills and trade secrets on to his son, Diyorbek, at the age of 12. Through internships with other masters, Diyorbek acquired his signature painting style and now works in his father’s workshop, alongside other family members.

The process of making traditional Rishtan ceramics has remained mostly unchanged for over 800 years. The vast majority of materials are locally sourced and prepared by the artists including Rishtan red clay, which is cleaned and mixed with scirpus (grassweed) fiber to allow for thin and lightweight ceramics; engobe, a ceramic version of primer, prepared from local blue clay and rain water; and ishqor glaze, unique to Rishtan, made from the ashes of burned gulyak grass. The process of crafting each unique piece is laborious, taking over a week to complete.

Ceramic production in Rishtan began over a thousand years ago in an attempt to imitate Chinese porcelain. Once one of the largest centers for production of glazed dishes in Central Asia, demand waned in the 1880s with the arrival of the railroad and the emergence of cheaper, mass-produced imported Russian porcelain. Over time, the centuries-old tradition of passing knowledge among generations was disrupted. The movement to revive traditional Rishtan pottery began in the 1980s with potters such as the Nazirovs studying archeological materials in an effort to restore the historical craft.