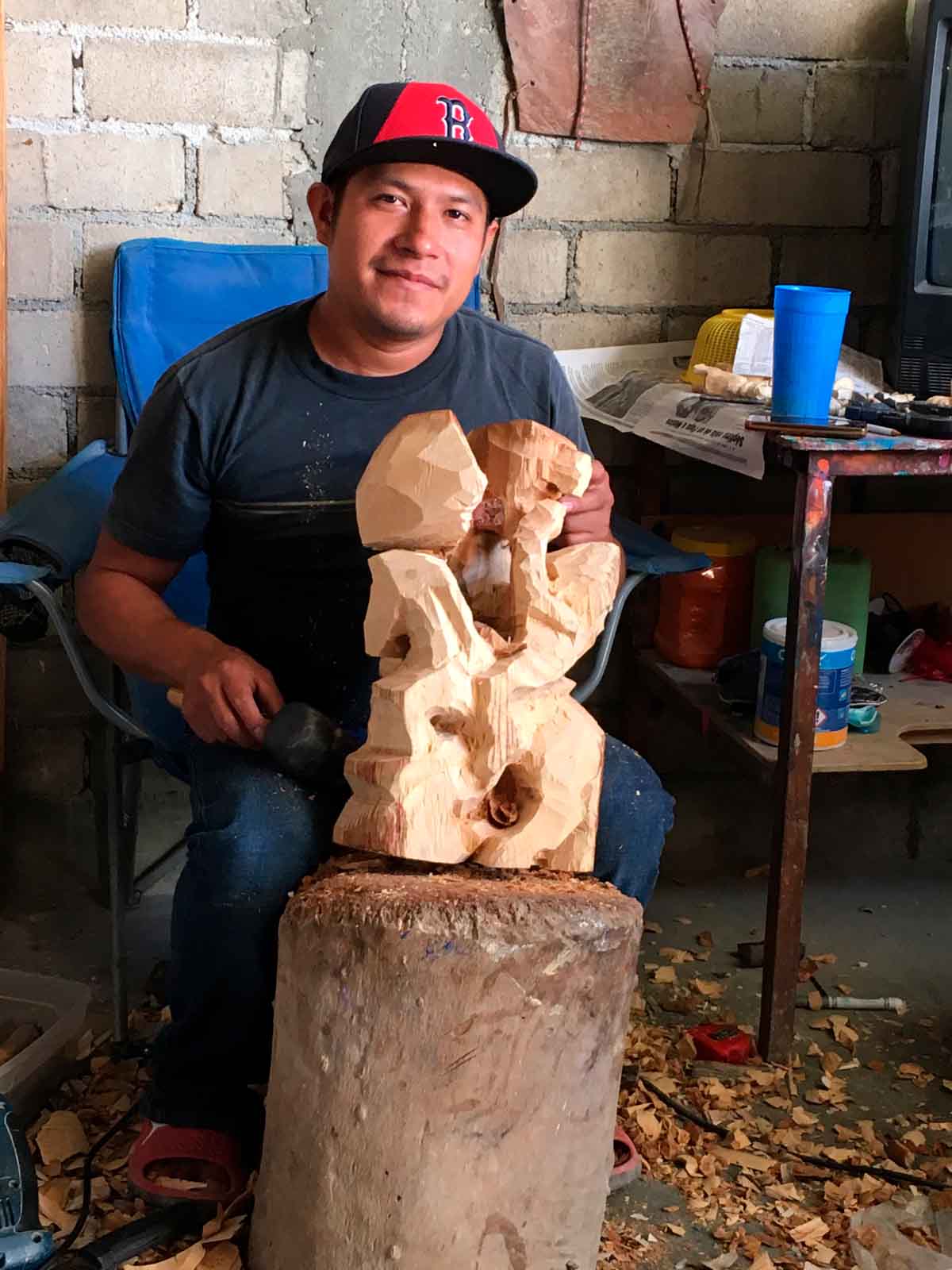 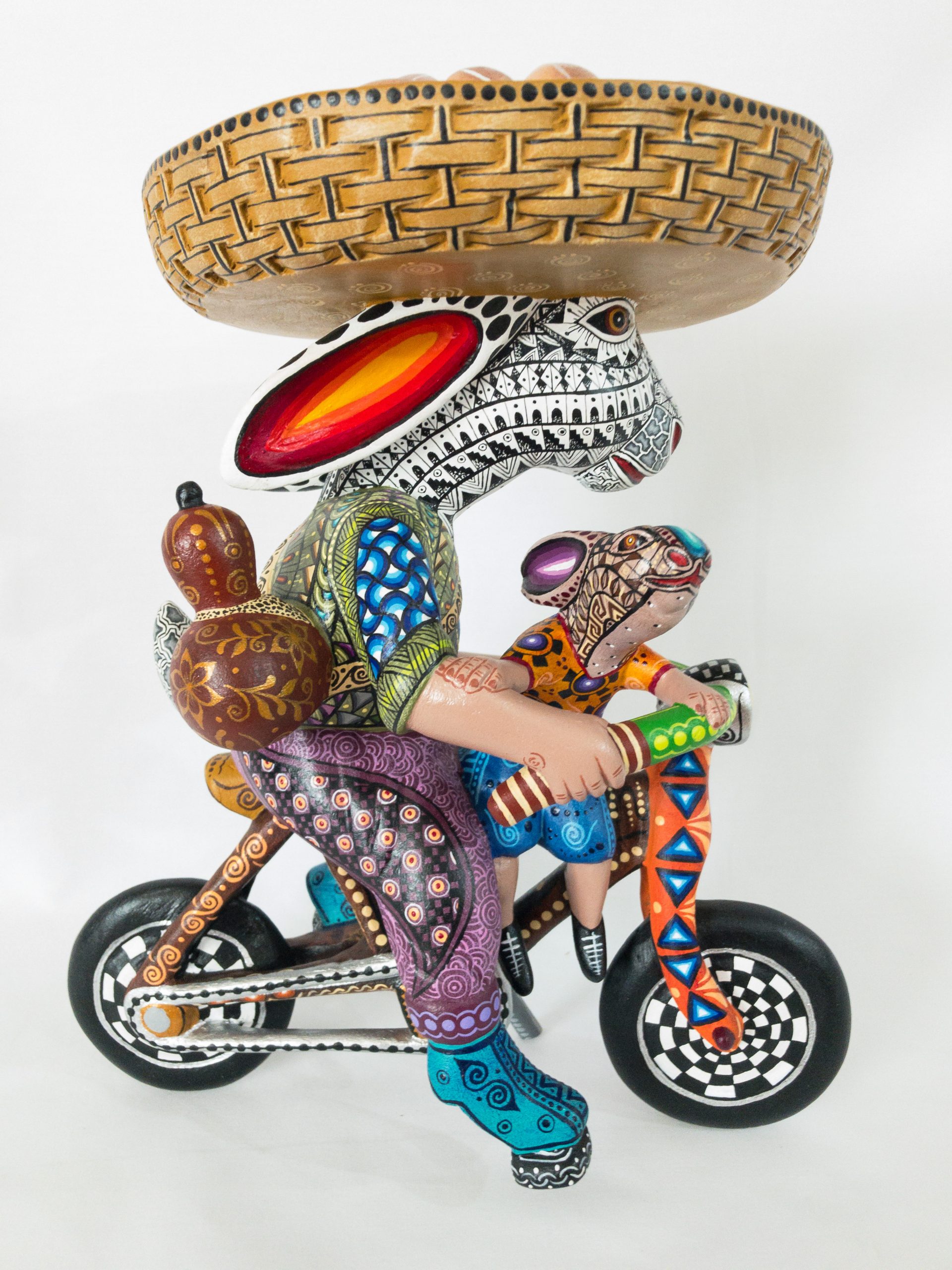 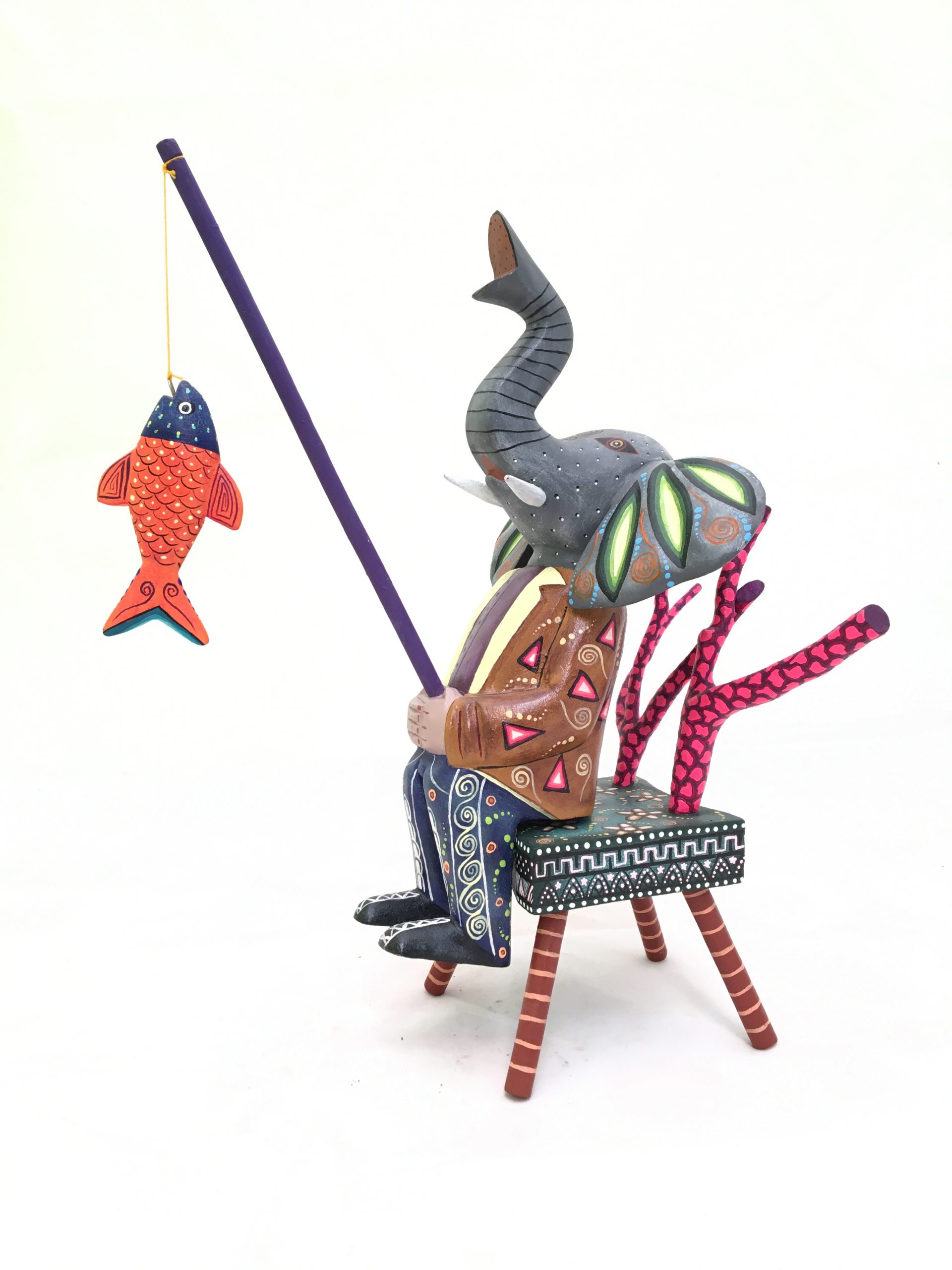 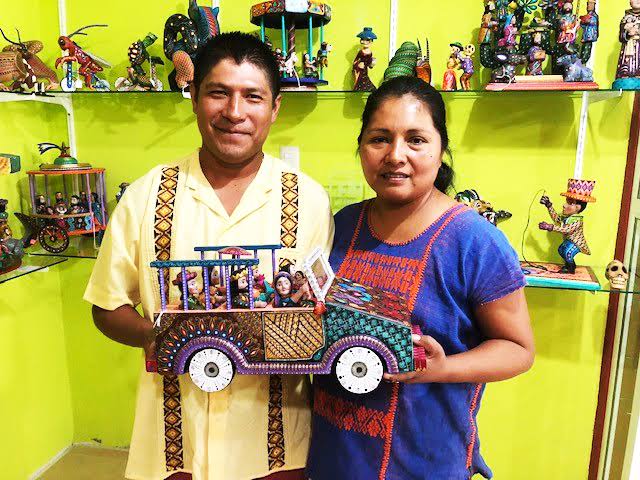 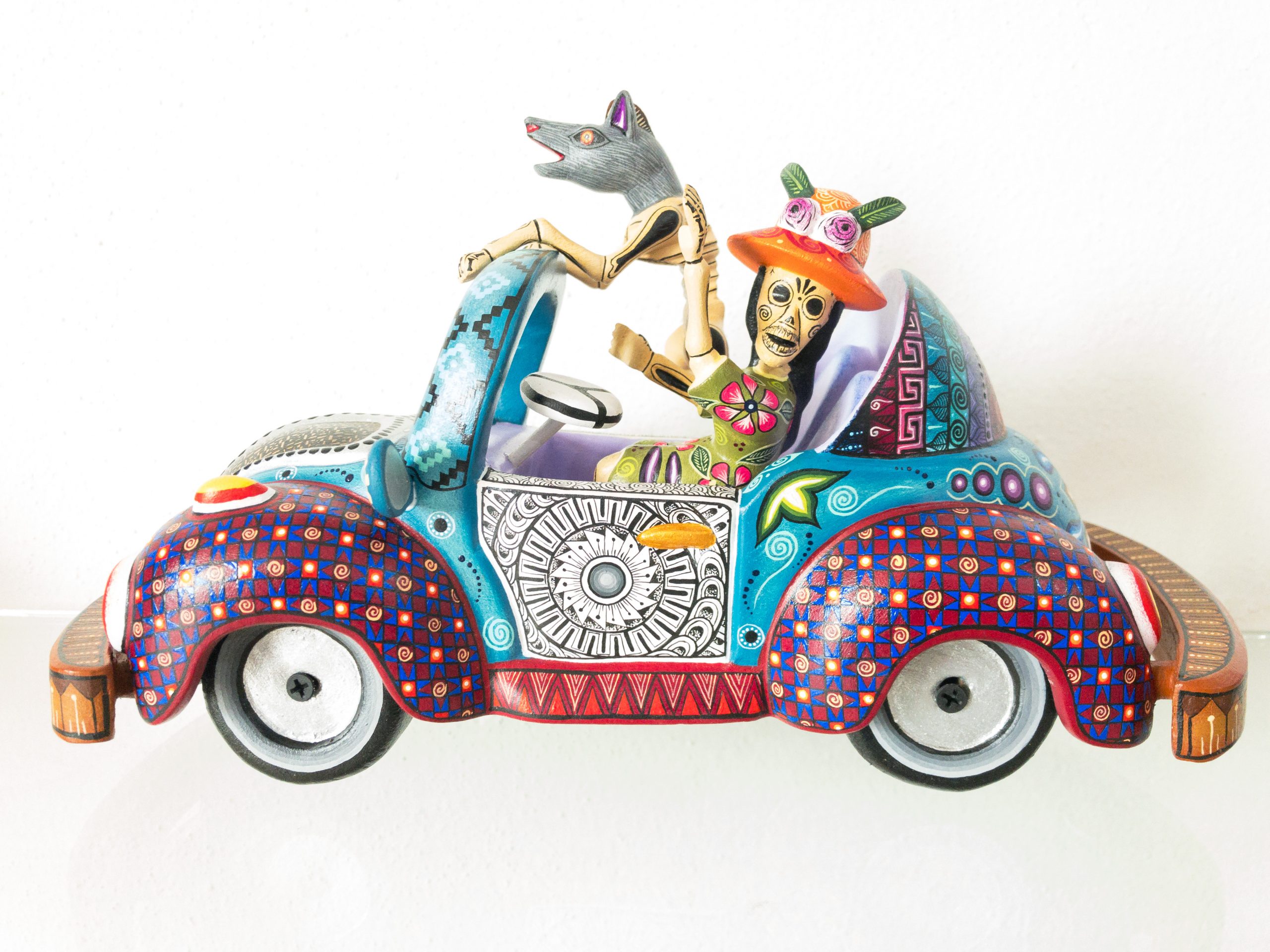 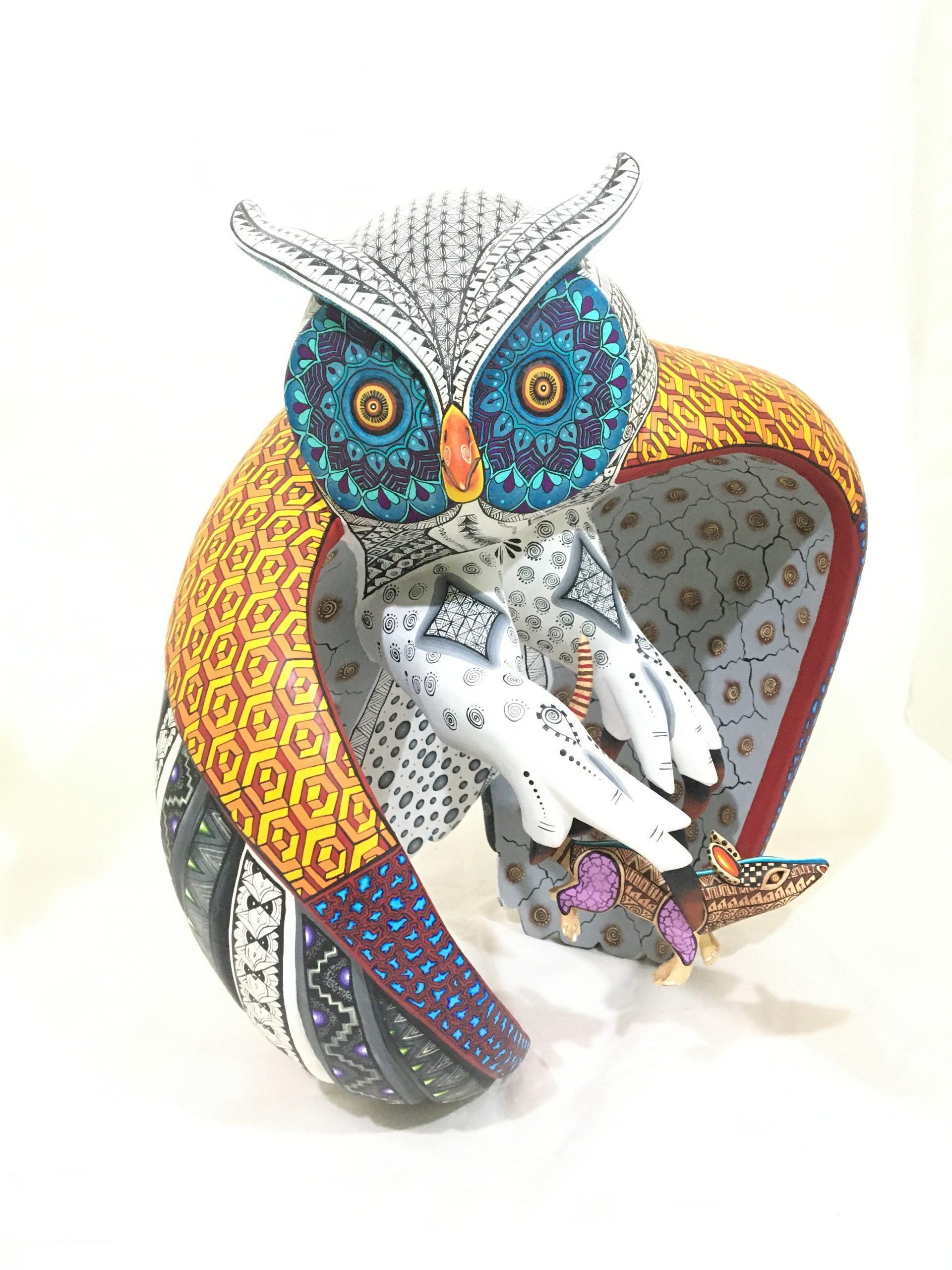 Since childhood, master wood carver Agustin Cruz Prudencio has been surrounded by art. He recalls watching Day of the Dead processions, Christmas parades, and other community events in his hometown of Oaxaca de Juarez in Oaxaca, Mexico, and being inspired by the pageantry and color inherent in traditional festivals of this kind. As a child, Prudencio’s parents, both artists themselves, assigned him simple tasks in the creation of their painted sculptures. His formal apprenticeship in carving came at 11 years old. Prudencio is now a master.

Oaxacan wood carving dates back to pre-Hispanic times, when the ancestors of artisans like Prudencio made wood carvings for practical use. Following the Spanish Conquest, new European tools were introduced to the Indigenous population and hand-carved religious figures featuring a combination of Indigenous and Catholic symbolism became popular. These cultural influences can be seen in Mexican colorful depictions of San Miguel hoisting a gleaming sword overhead, his wings painted with tropical flowers, his clothing adorned with traditional geometric and vegetal motifs. Cruz also create a variety of whimsical figures like bicycling rabbits, skeletal Catrinas driving cars, and nativity figures flying away in a helicopter.

Today, Cruz helps oversee a workshop where young members of his community are taught to make these colorful carvings, Oaxacan alebrijes. It is the hope of Cruz that new generations of artisans will be able to express themselves creatively and earn a livelihood for themselves and their families like he has. Most of all, Cruz hopes that the conservation of techniques used to carve and paint wooden artworks will continue for generations.