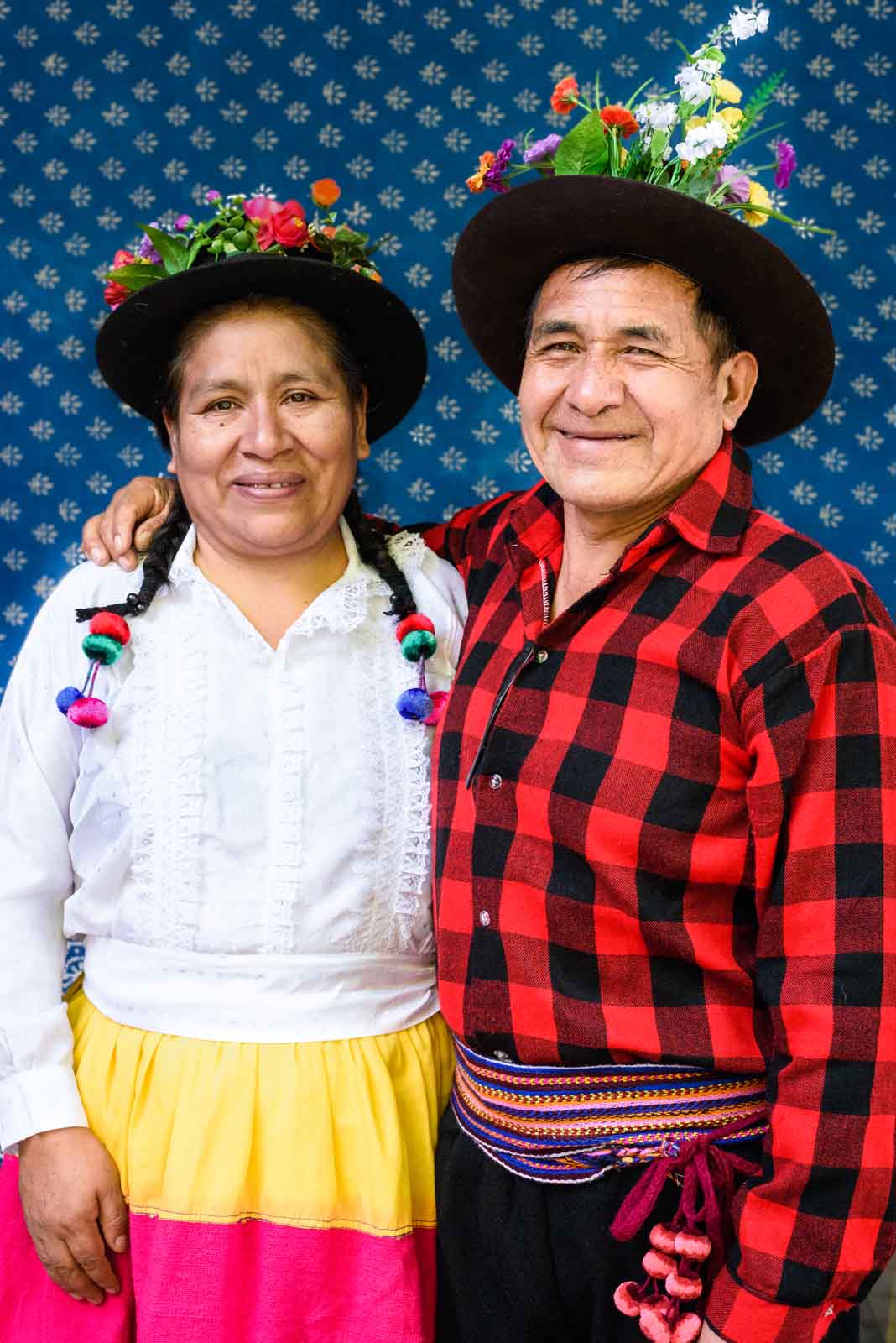 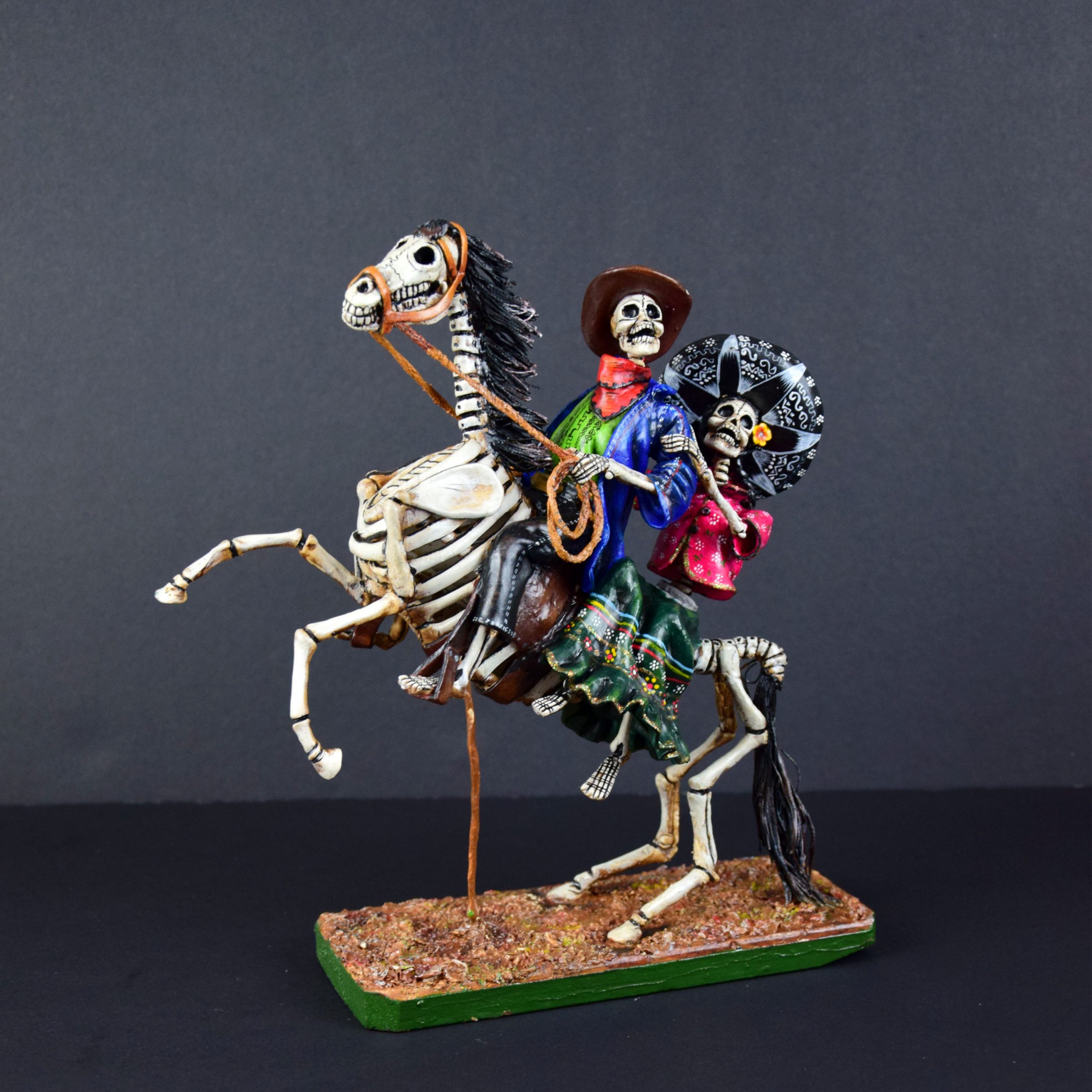 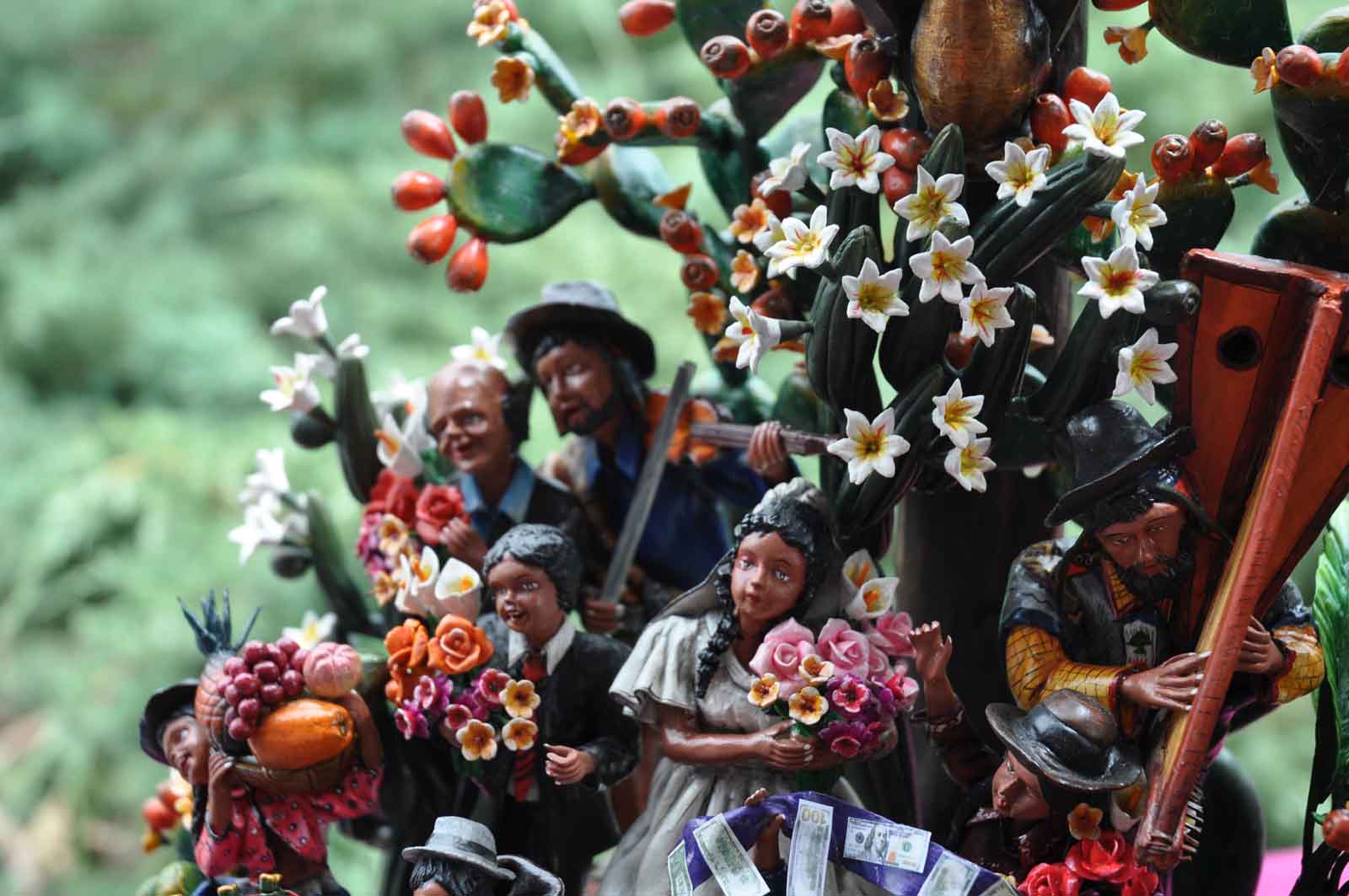 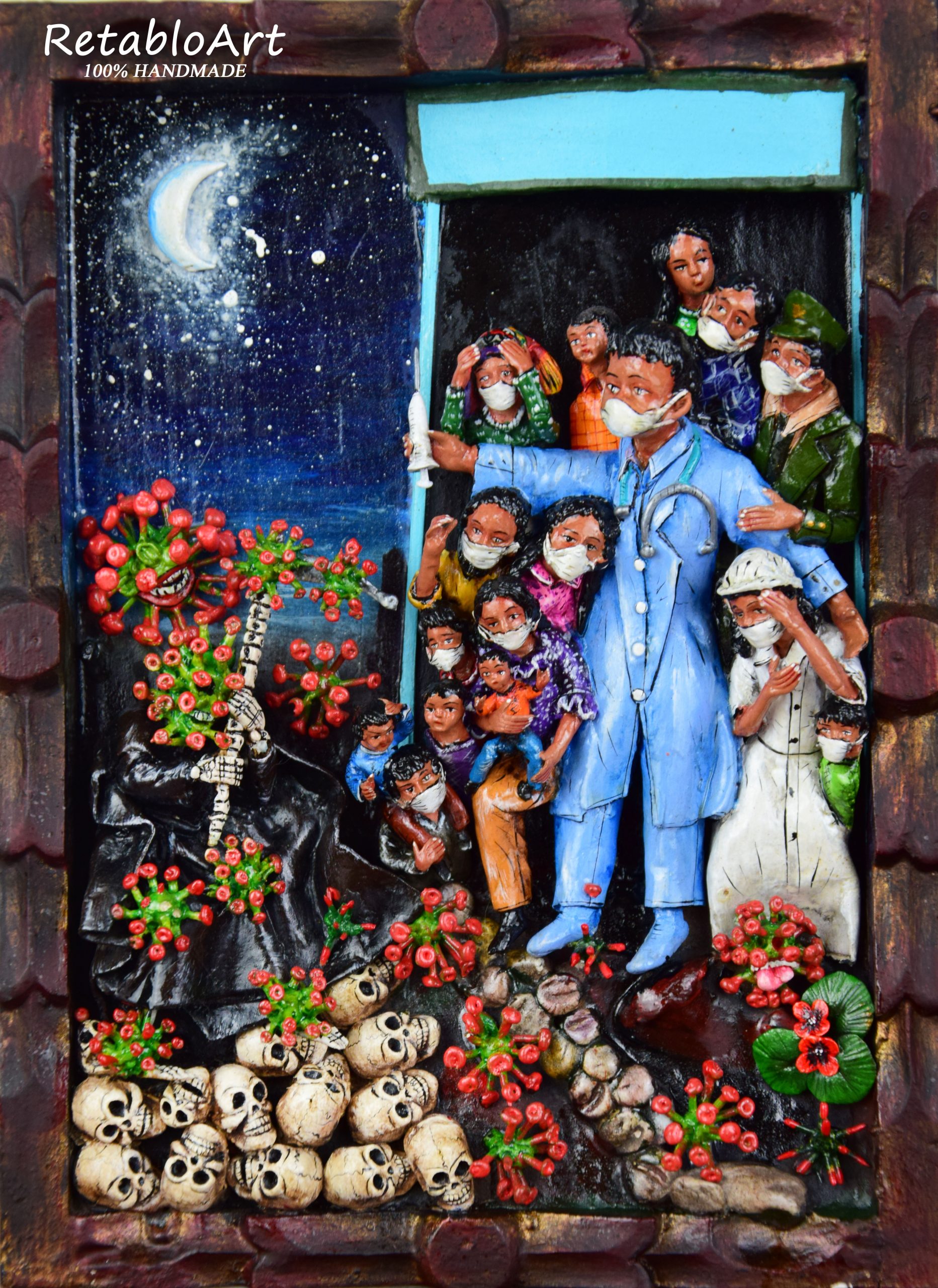 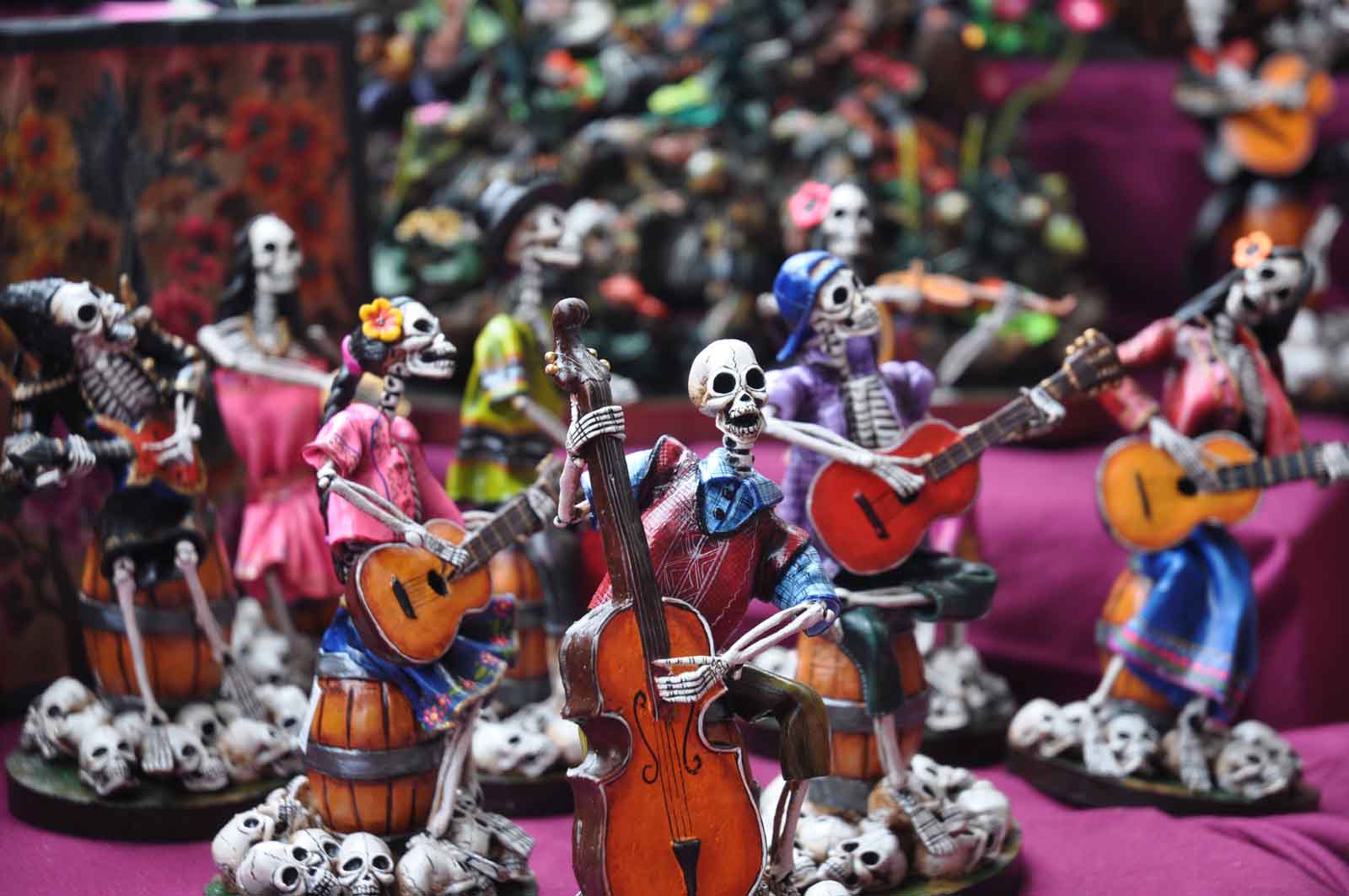 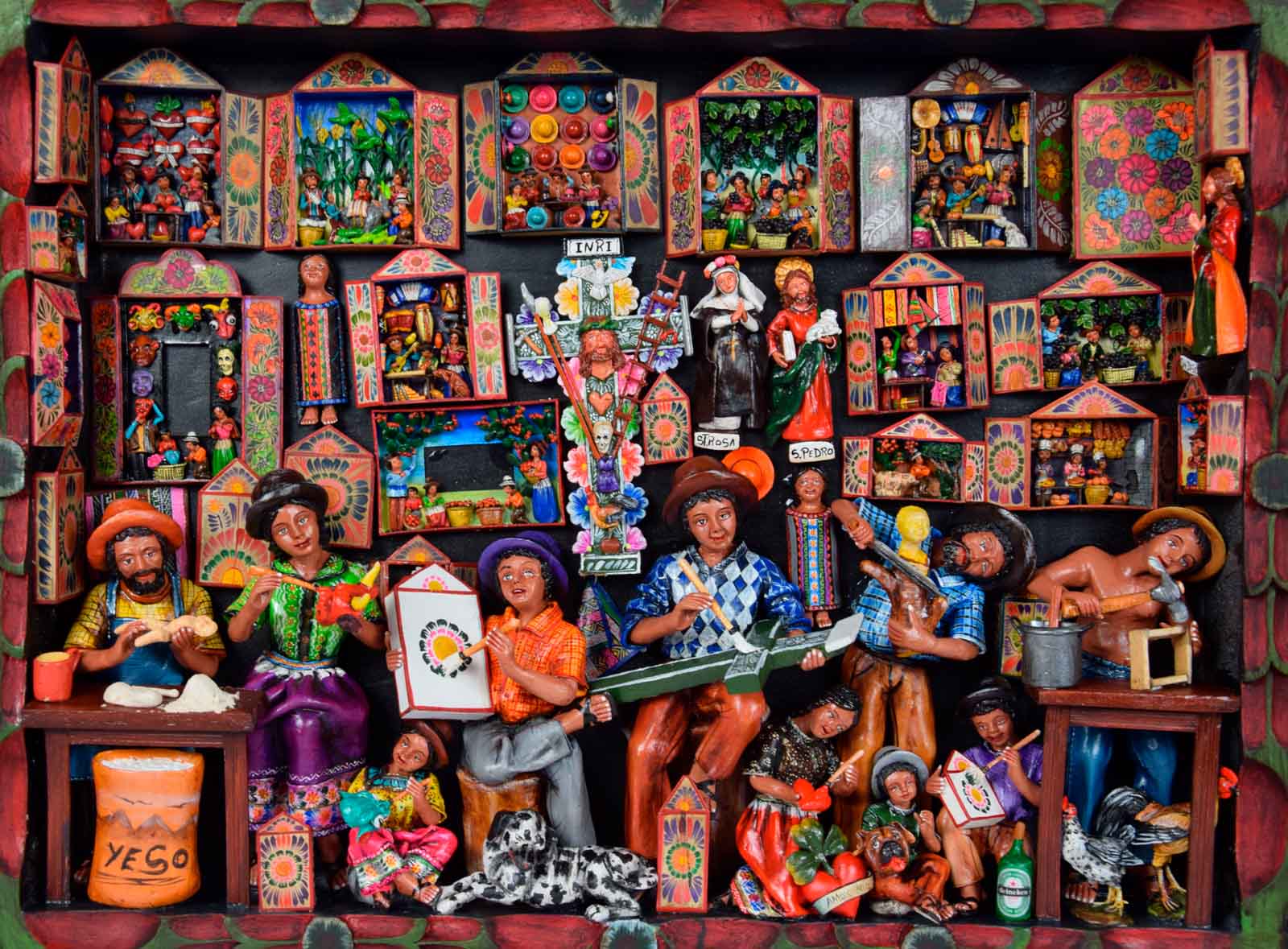 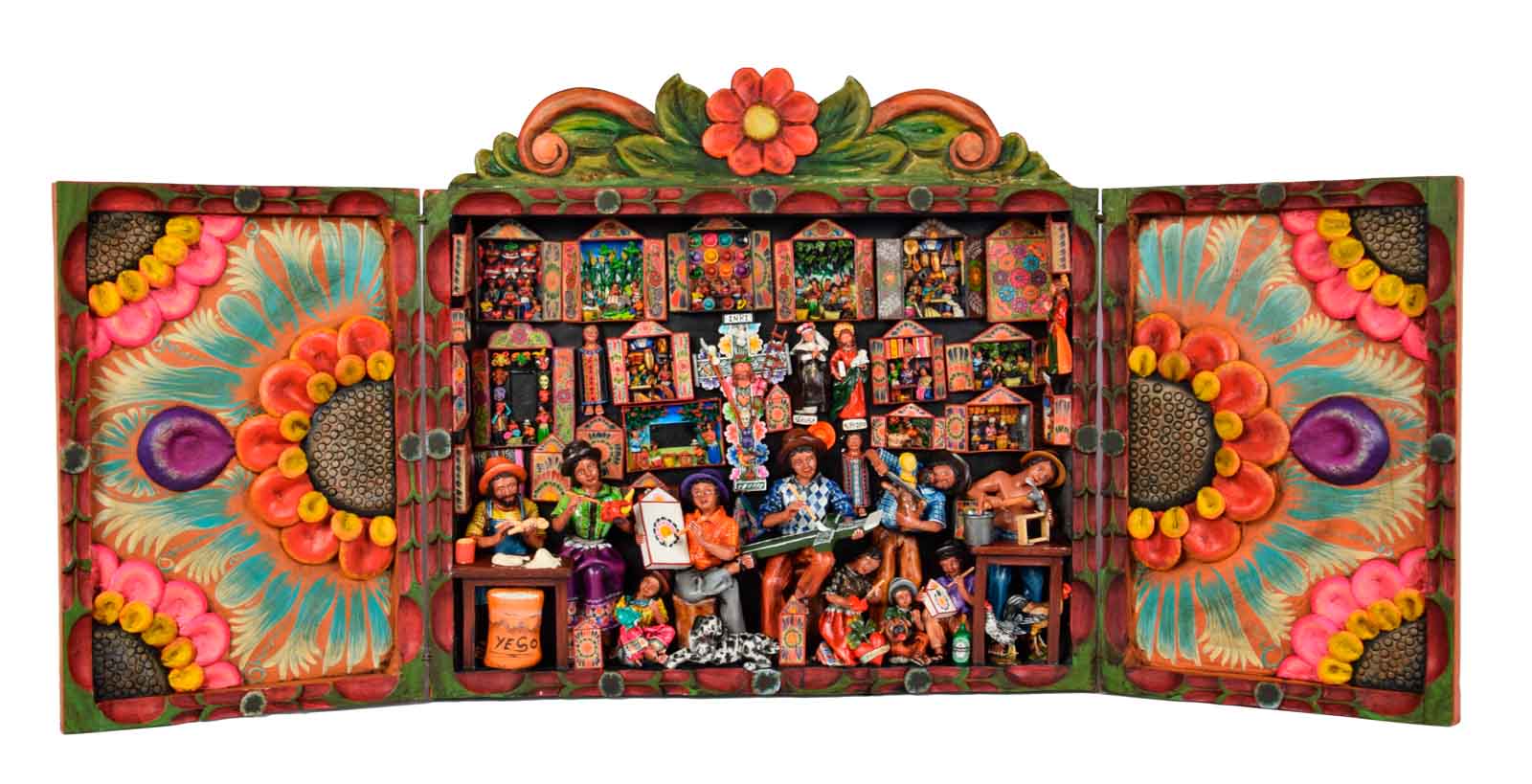 Originally from the Andean region of Ayacucho, Peru, Claudio Jimenez Quispe was born into a long line of retablistas, creators of traditional devotional artworks known as retablos. Retablos are a popular artform throughout Latin American Catholic communities, typically commissioned to honor or thank a saint for their help and protection during life’s difficult moments. These artworks vary in form from region to region, appearing as small two-dimensional paintings on recycled materials, elaborately sculpted wall-sized altarpieces, and dioramas that may be palm-sized or a couple feet in either direction. As a young boy, Claudio frequently accompanied his father, locally acclaimed artist Florentino Jiménez Toma, on trips to churches to build and repair altarpieces, which inspired his interest in continuing the family trade.

Bursting with vibrant color and action, the figures occupying Claudio’s complex retablos are formed by hand from a paste-like mixture of plaster and boiled potatoes, sculpted around armatures. They are uncannily painted with tempera, and tiny details may be applied with cactus spines. Each piece is then incorporated into a larger scene. His colorful and crowded vignettes take on a variety of themes from the everyday to the fantastic. Recently, Claudio has focused on creating a series of retablos about the COVID-19 pandemic, depicting masked protestors, struggling families, suffering patients, and medical workers fighting to save lives and keep the virus at bay.

Claudio says, “What makes the retablo culturally important is its historical value that began with the Spanish conquest of Peru. Initially [retablos] were brought as portable altars, but currently, retablos reflect the tradition, culture, and beliefs of the Peruvian peoples of the Andes. While his work is inspired by his cultural heritage, Claudio’s retablos portray universally-recognizable ideas and experiences. Perhaps this accounts for why today, his work can be found in more than seventy public and private collections around the world.