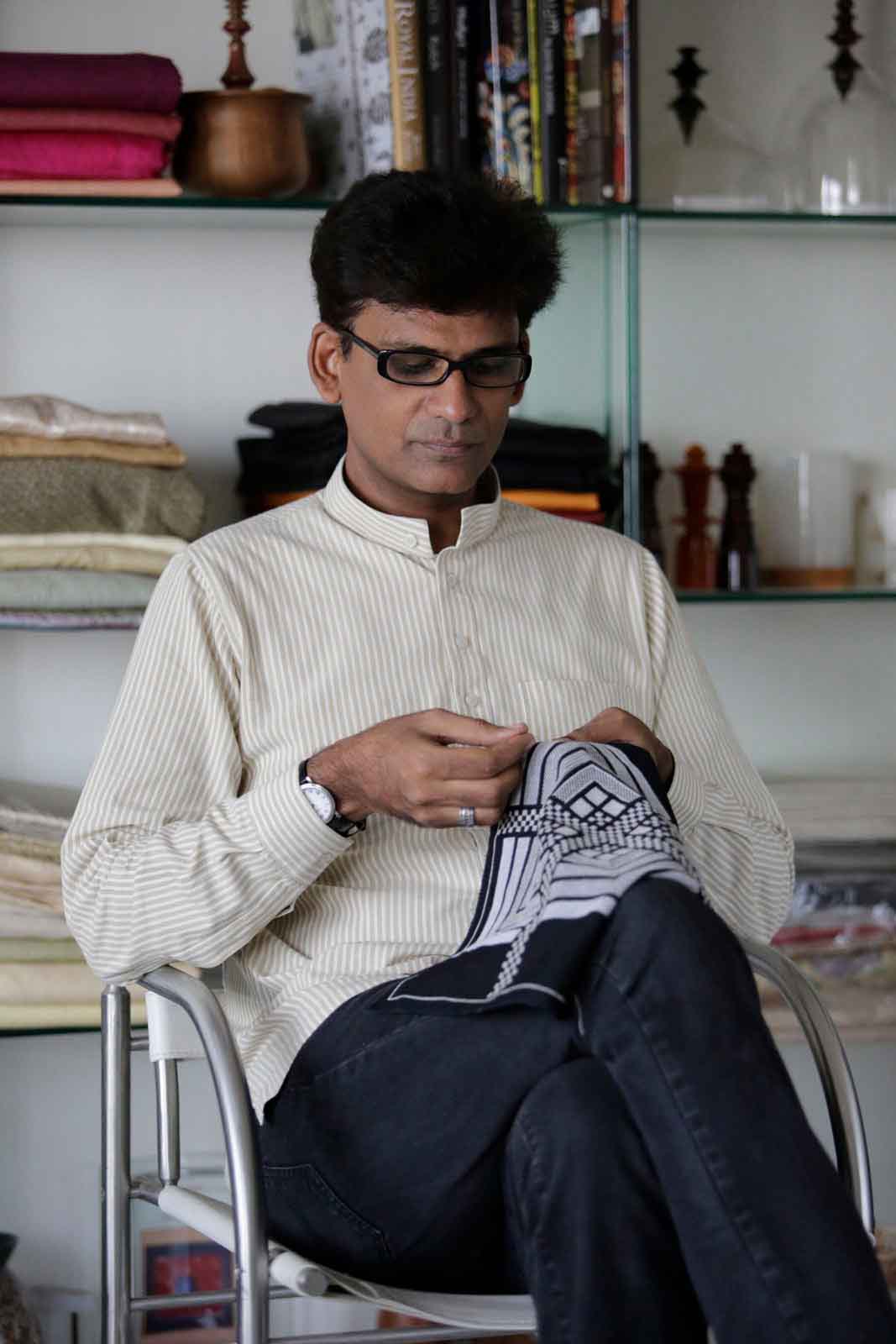 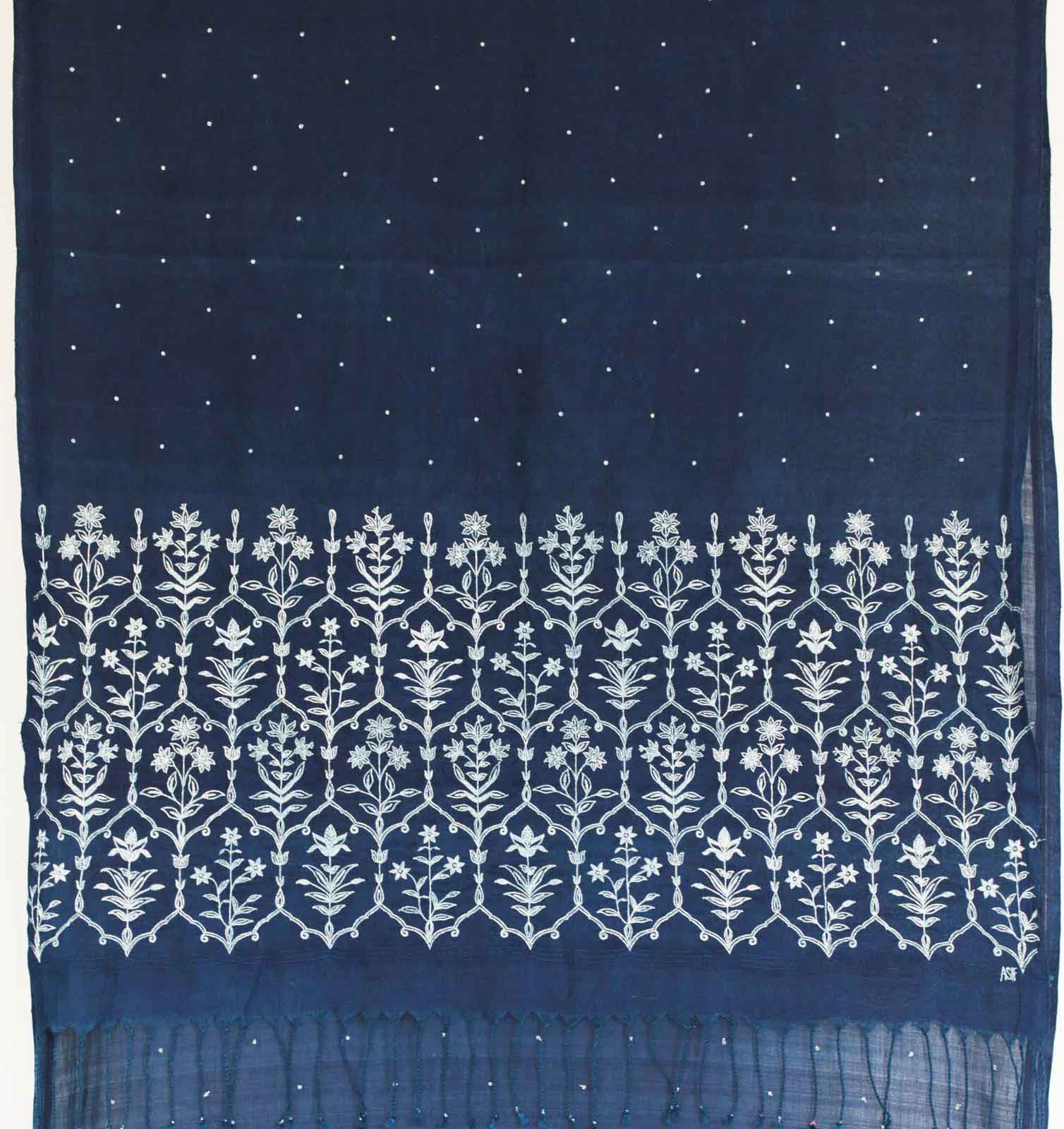 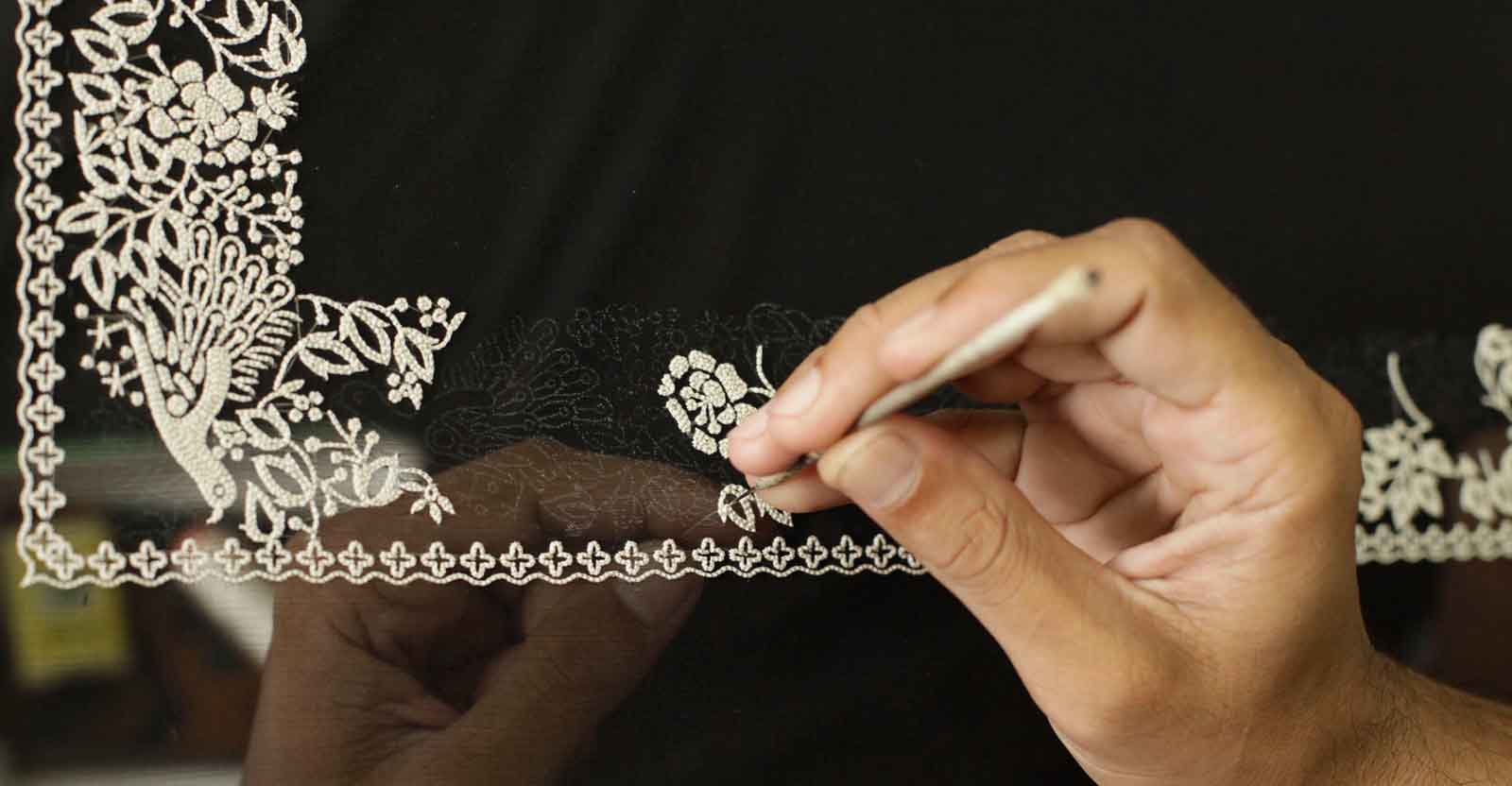 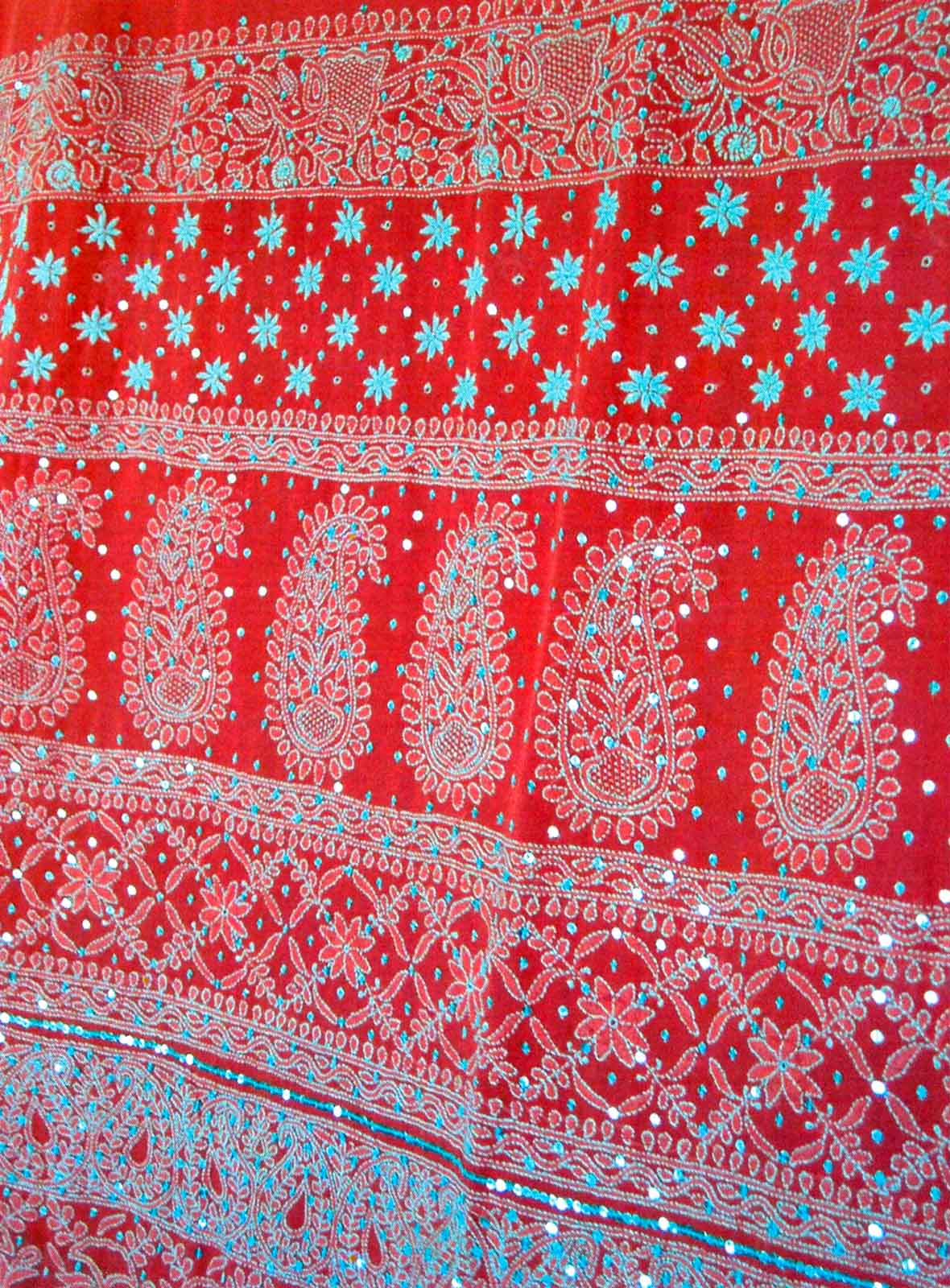 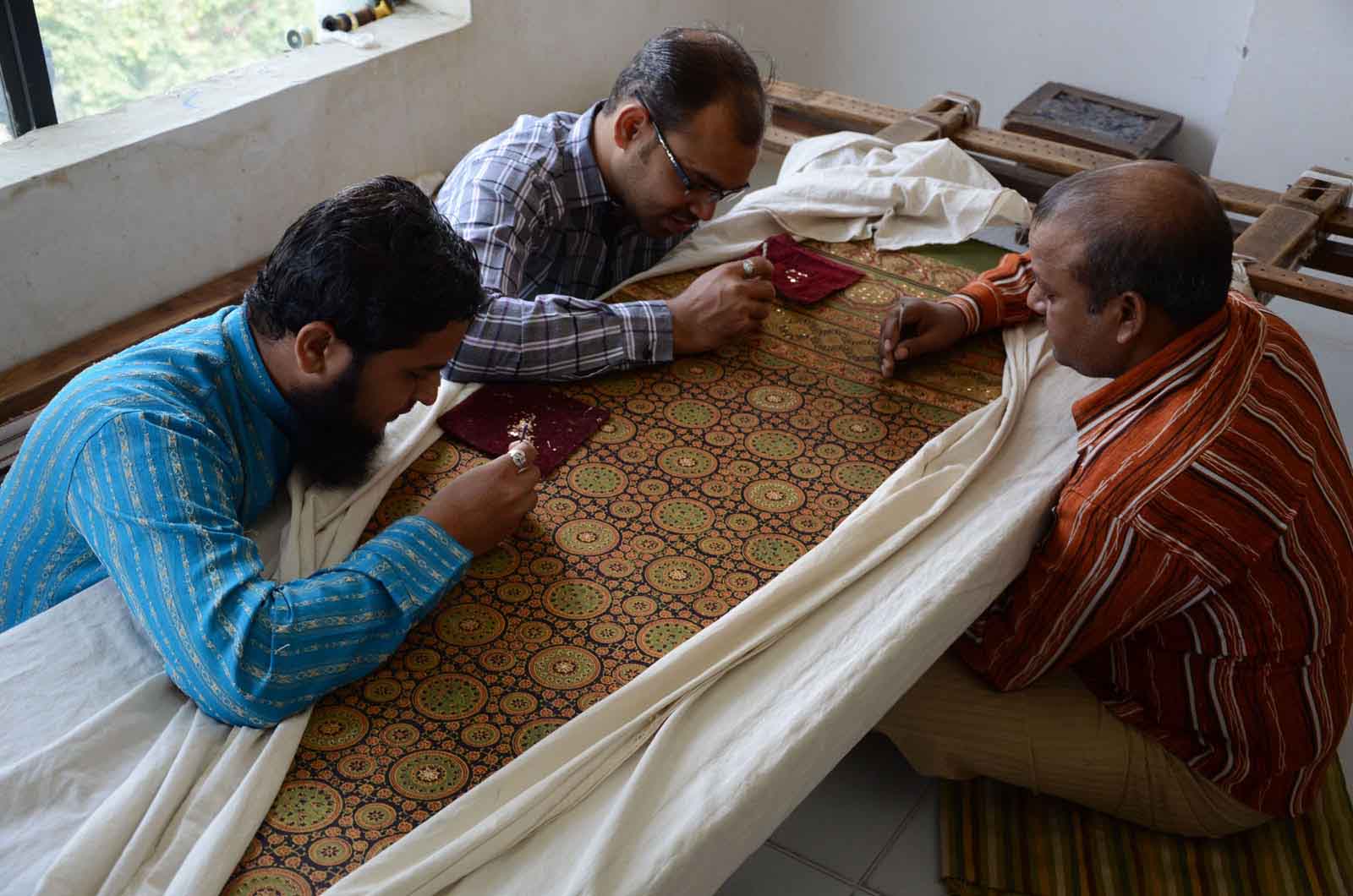 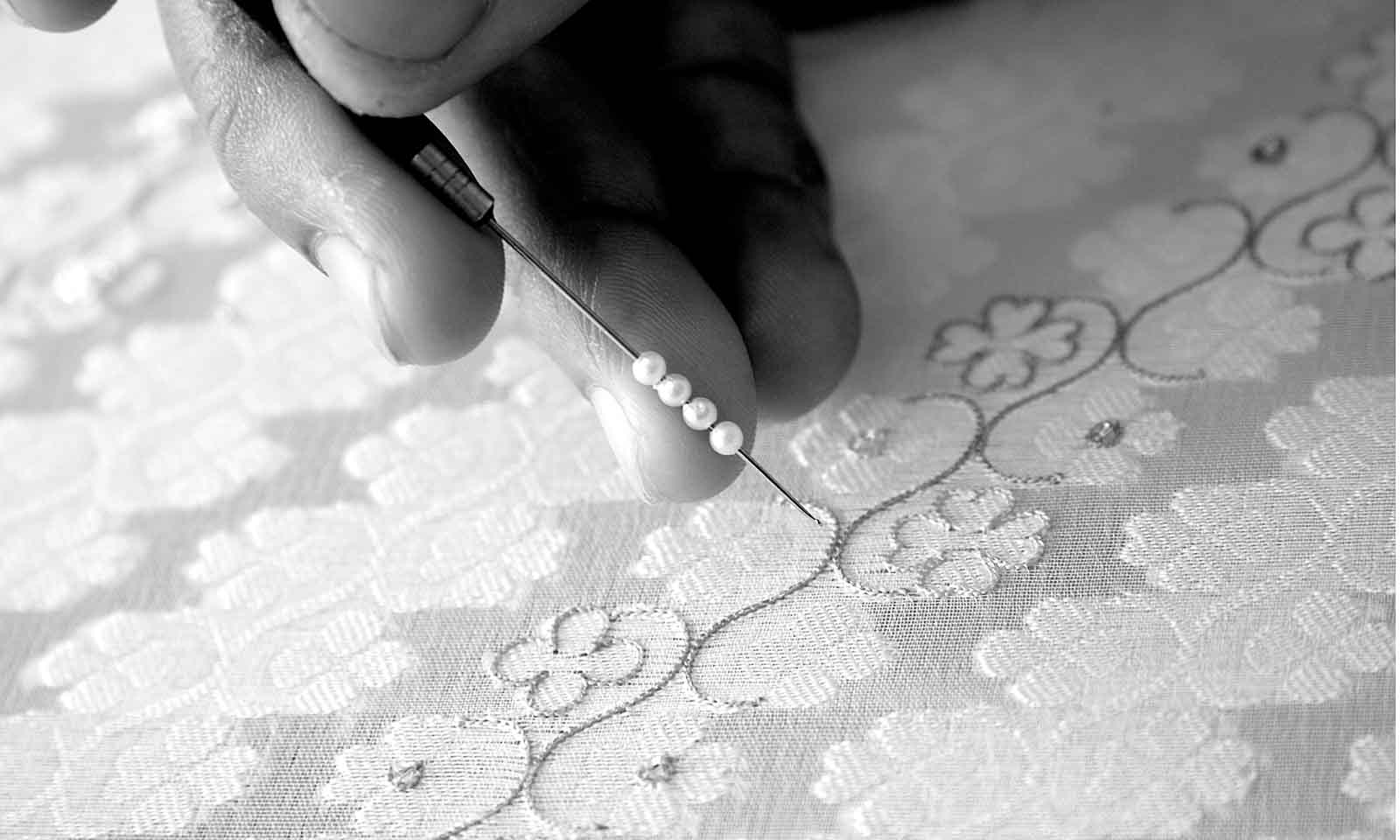 Employing meticulous needlework techniques, master Indian textile artist Asif Shaikh’s distinctive embroidered artworks have earned him numerous accolades. A descendant of textile and garment workers, he began pursuing embroidery at the young age of ten, and over the years he perfected the art of ari chain stitching by recreating a spectrum of embroidered motifs from across India. From this early interest, Shaikh’s love for the craft grew. His technical background, astute eye for detail, and appreciation of finesse and luxury led him to become one of India’s most accomplished and acclaimed embroidery and textile experts.

Over the course of 25 years, Shaikh’s practice has only become more refined and distinctive. His creations include fantastically patterned, vividly colored shawls, scarves, and garments that are almost too precious to wear—almost. His works are made using a base of block-printed and dyed handwoven silk and cotton which are further embellished with motifs in cotton, silk, and metallic threads applied by hand on a scroll frame known as a karchob.

Ari embroidery and the karchob were brought to India by the Mughal Empire. The artform reached its peak in the 16th century under the patronage of Emperor Akbar. Asif’s work, which showcases his creativity and refined personal aesthetic combined with a sophisticated use of traditional textile techniques in stitch, motif, composition, and palette, recreate the grandeur and fineness of India’s fabled royal textiles and attire for the discerning contemporary collector and lover of historically-influenced fashion.