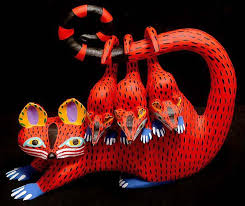 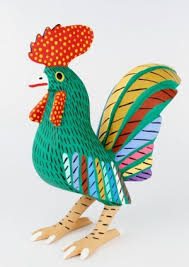 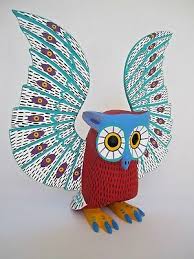 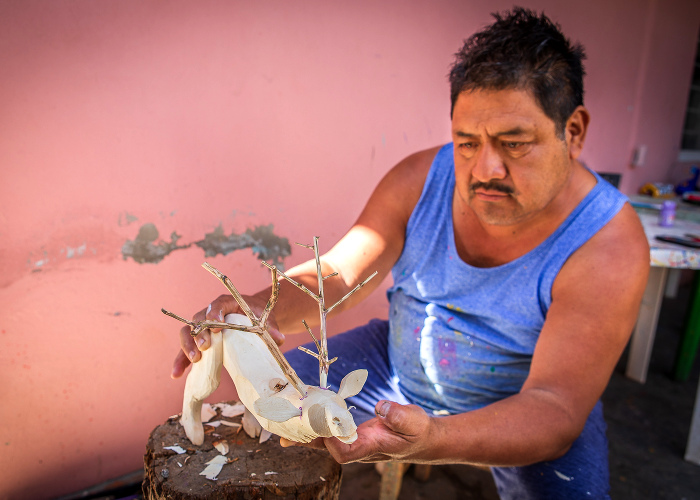 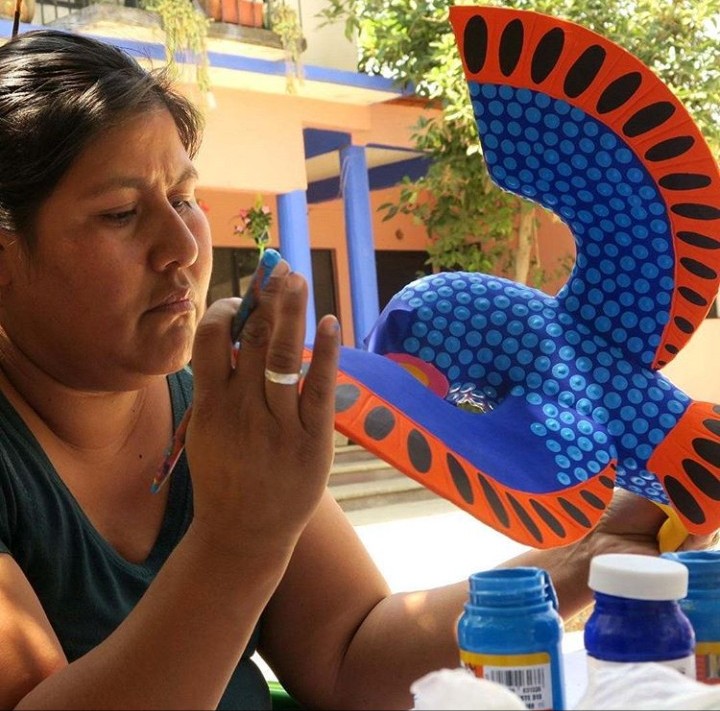 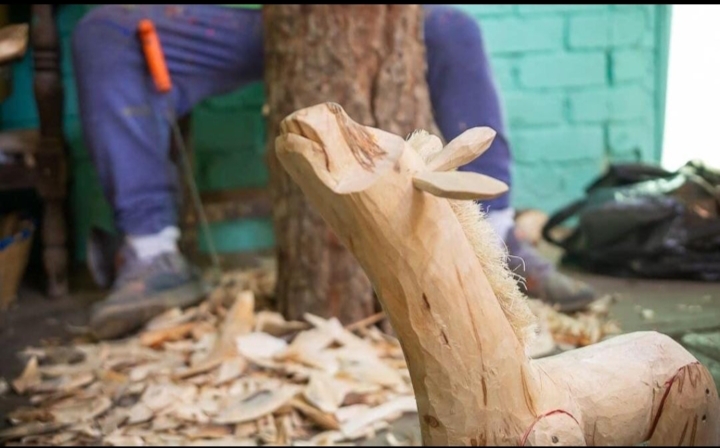 Heading change as he is representing himself and his family, not his workshop. Corrections made to reflect this change in text.

Residing in San Antonio Arrazola, a town in Oaxaca, Mexico, master carver Armando Jiménez is known for his brightly painted, whimsical sculptures. He is the grandson of Manuel Jiménez Ramírez, who was a much-celebrated carver in the mid-twentieth century, with clients including Nelson Rockefeller. The Jiménez family are recognized as masters of creating carefully carved and vividly painted creatures—including real-world animals and fantastic, imagined monsters called alebrijes. No matter what he carves, Jiménez treats it with a shock of painstakingly applied, whimsical colors. An armadillo, for instance, might have a virtual rainbow of hues across his back, while a rearing bull is imagined with bright orange hooves, a turquoise snout, and a cerulean body.

Alebrijes have their origins in Mexico City in the 1930s, when they were literally dreamed up by artisan Pedro Linares. While the Linares family make their alebrijes from cartoneria, Mexican papier mâché, Manuel Jiménez Ramírez began the Oaxacan tradition of carving them from wood. After the elder Jiménez found success, colorful animal sculptures like his became so popular that artisans now make them in all parts of the country.

Four members of the Jiménez family work together to bring their creations to life. The men in the family carve animals from copal wood using machetes and knives to do most of the work before sanding them down. The women then paint the carvings in bright, near-neon colors with a variety of patterns including lines, dots, and symbols derived from Zapotec culture. Armando says the Jimenezes are still making sculptures the way his grandfather did, and his son, Alejandro, is passing along the family’s skills, techniques, and knowledge to children in their community.