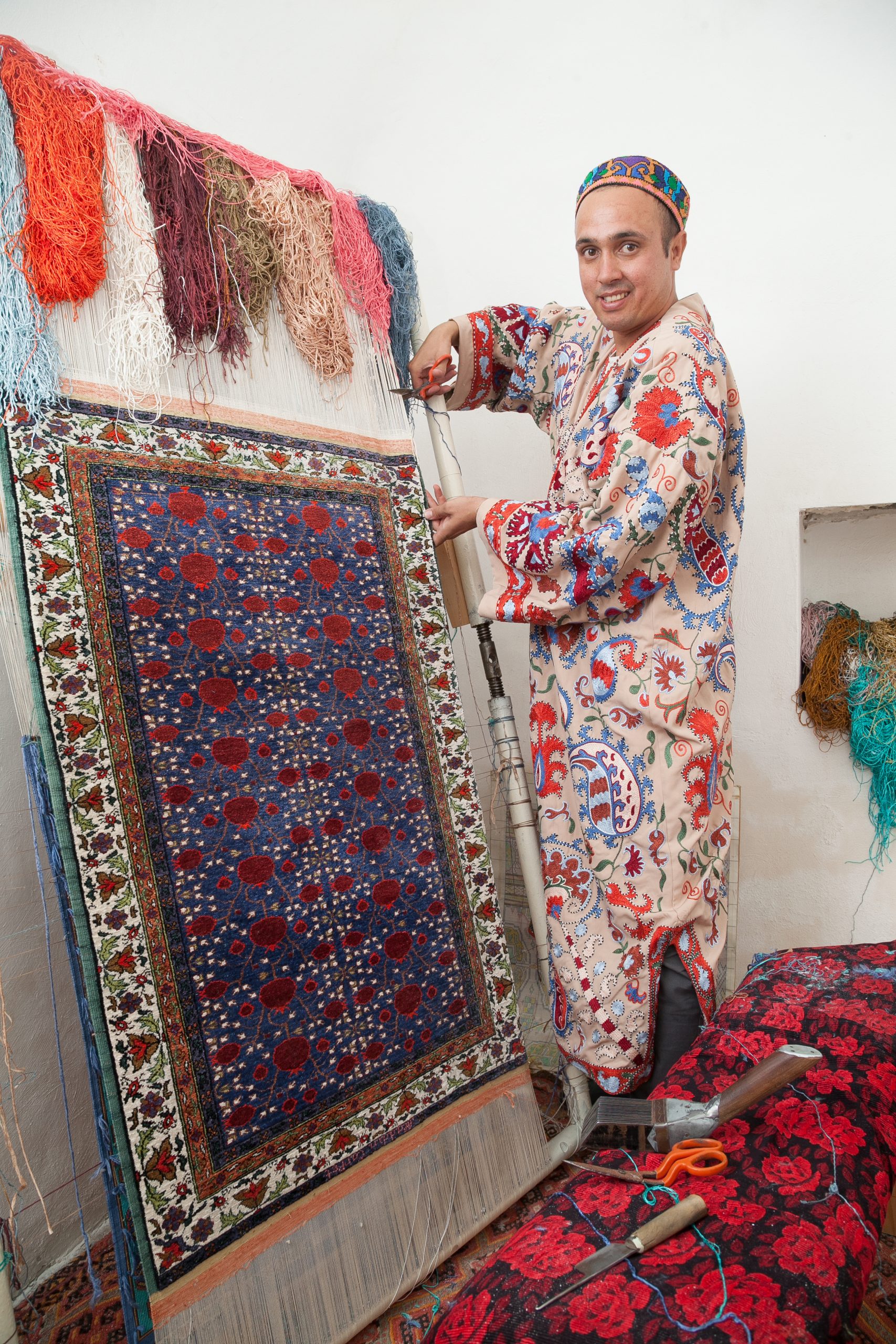 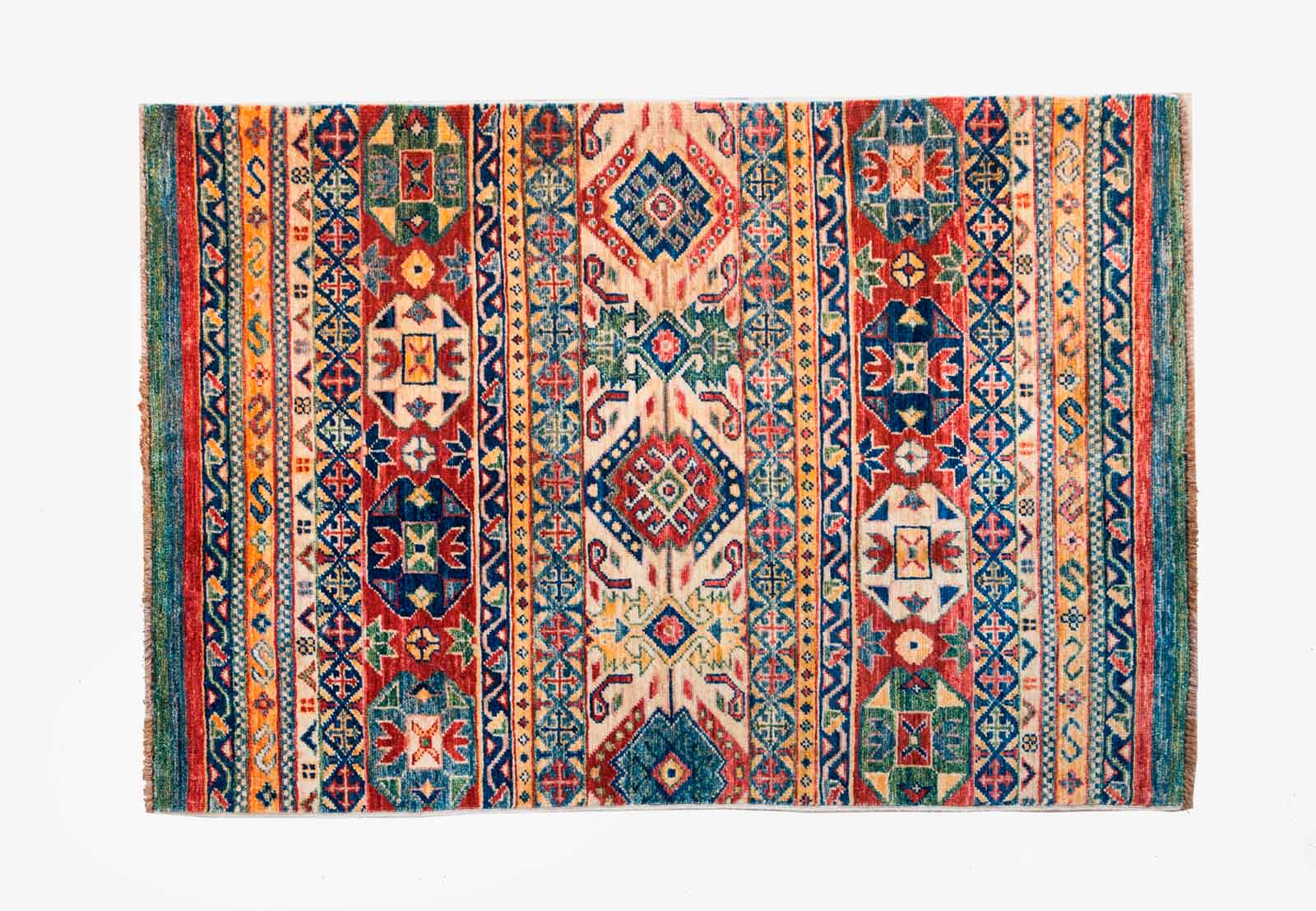 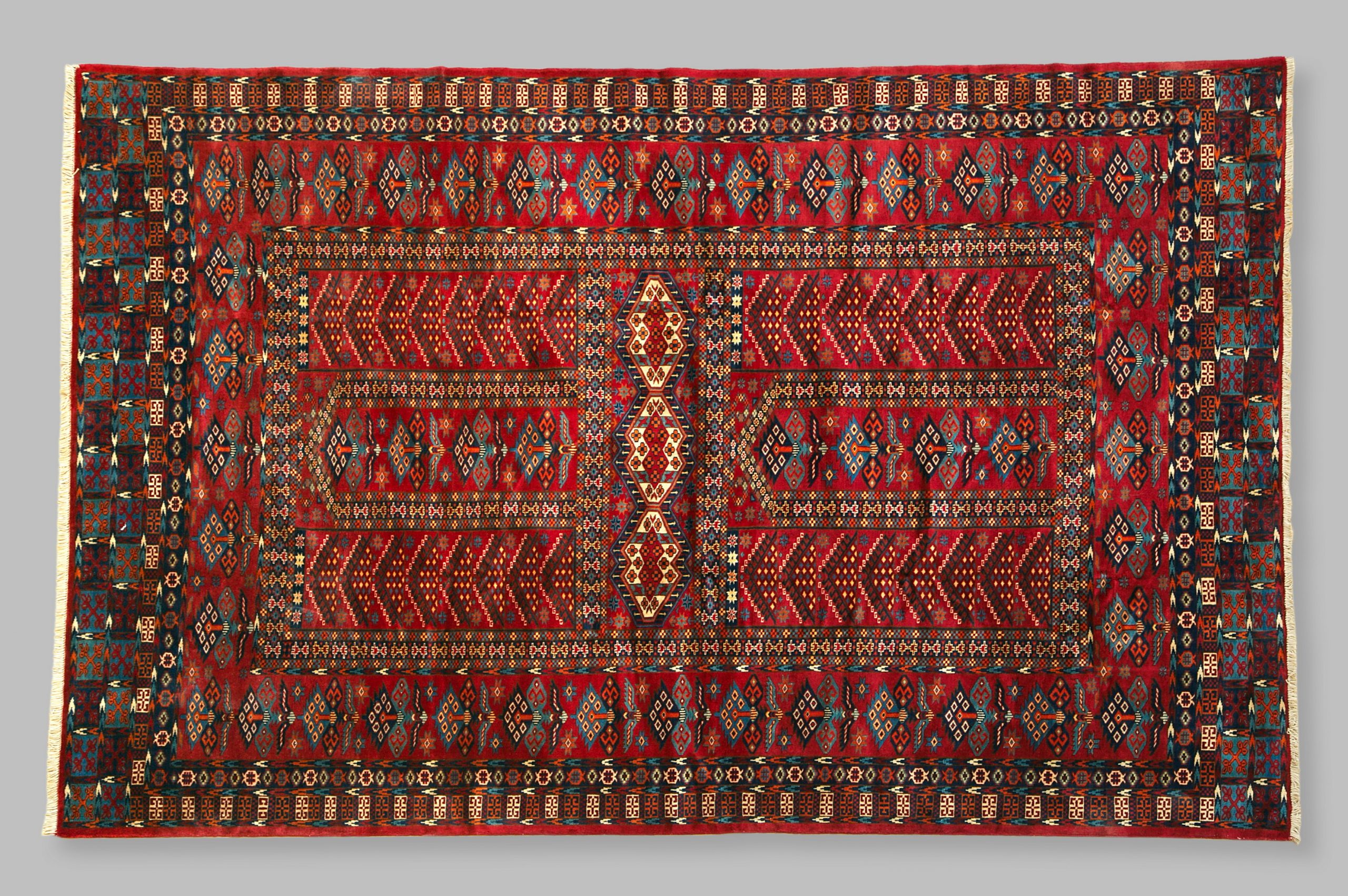 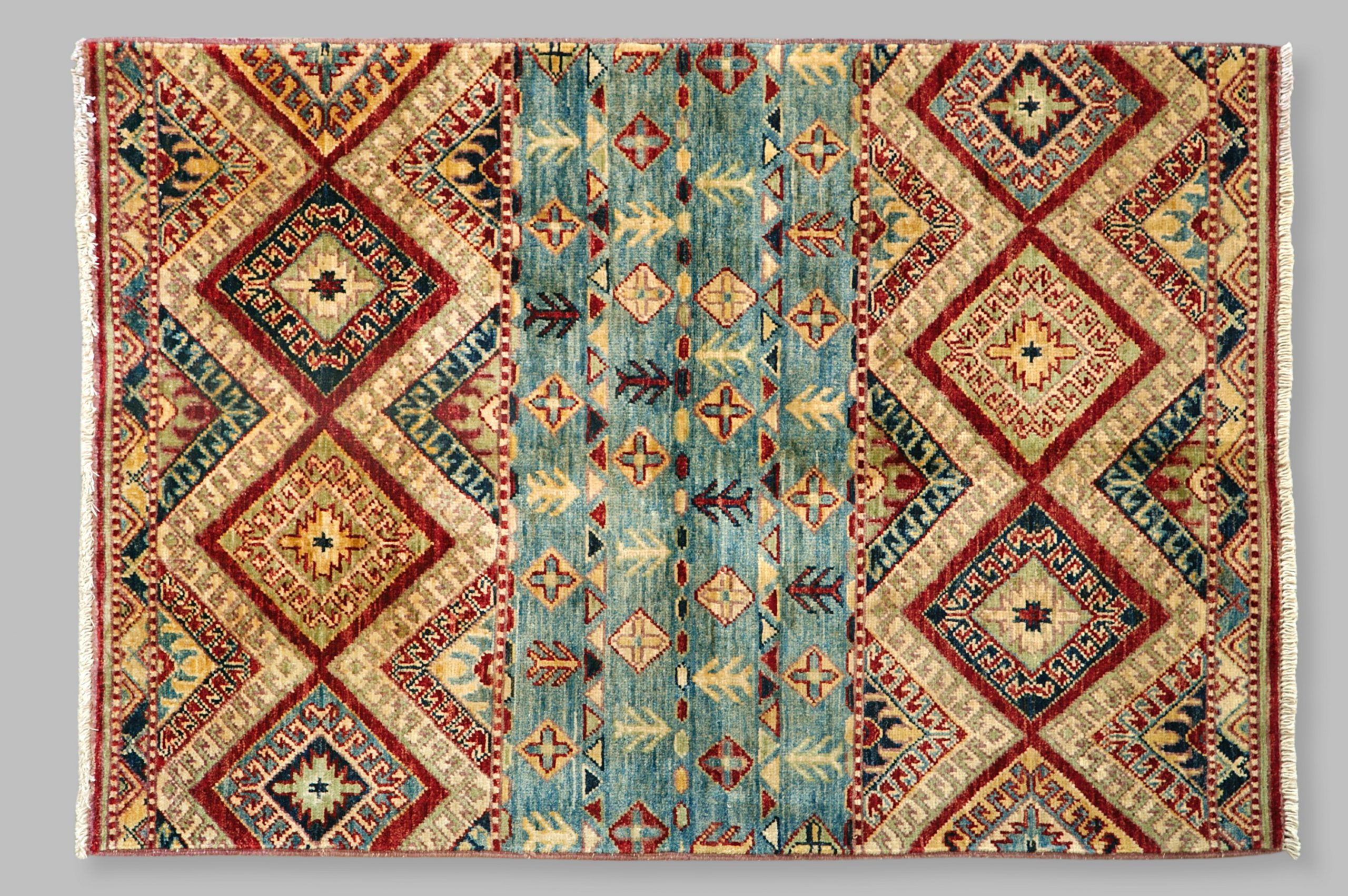 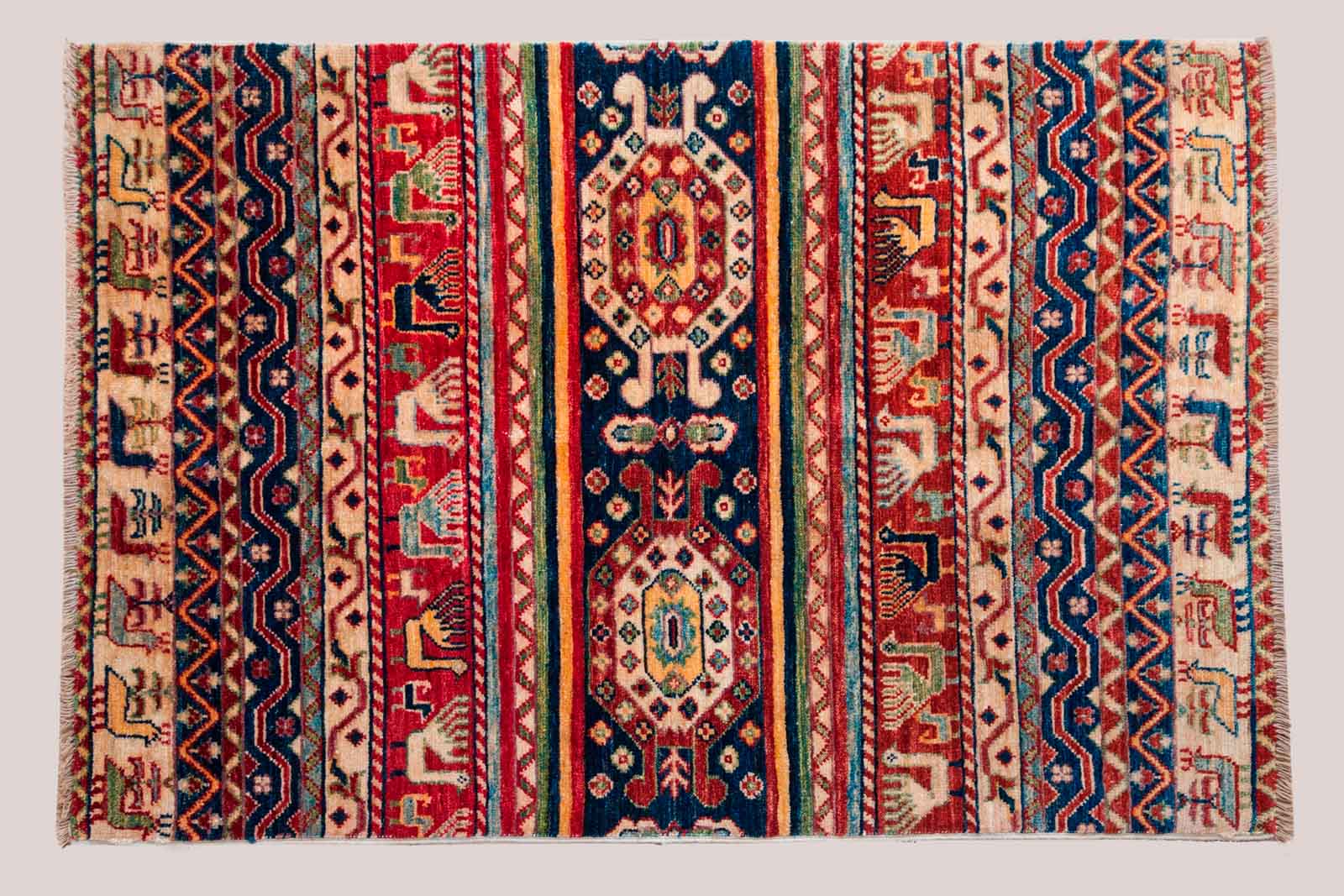 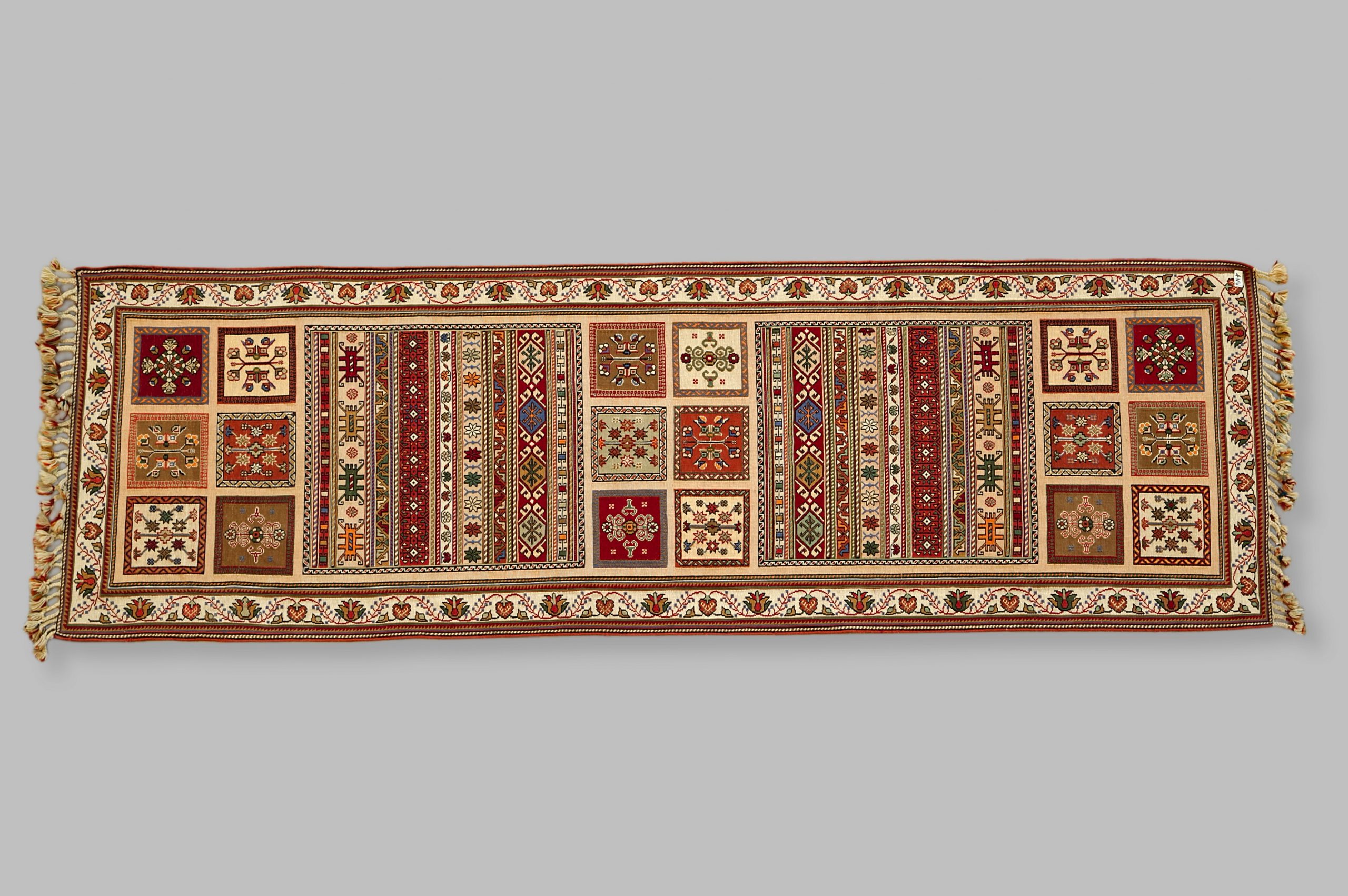 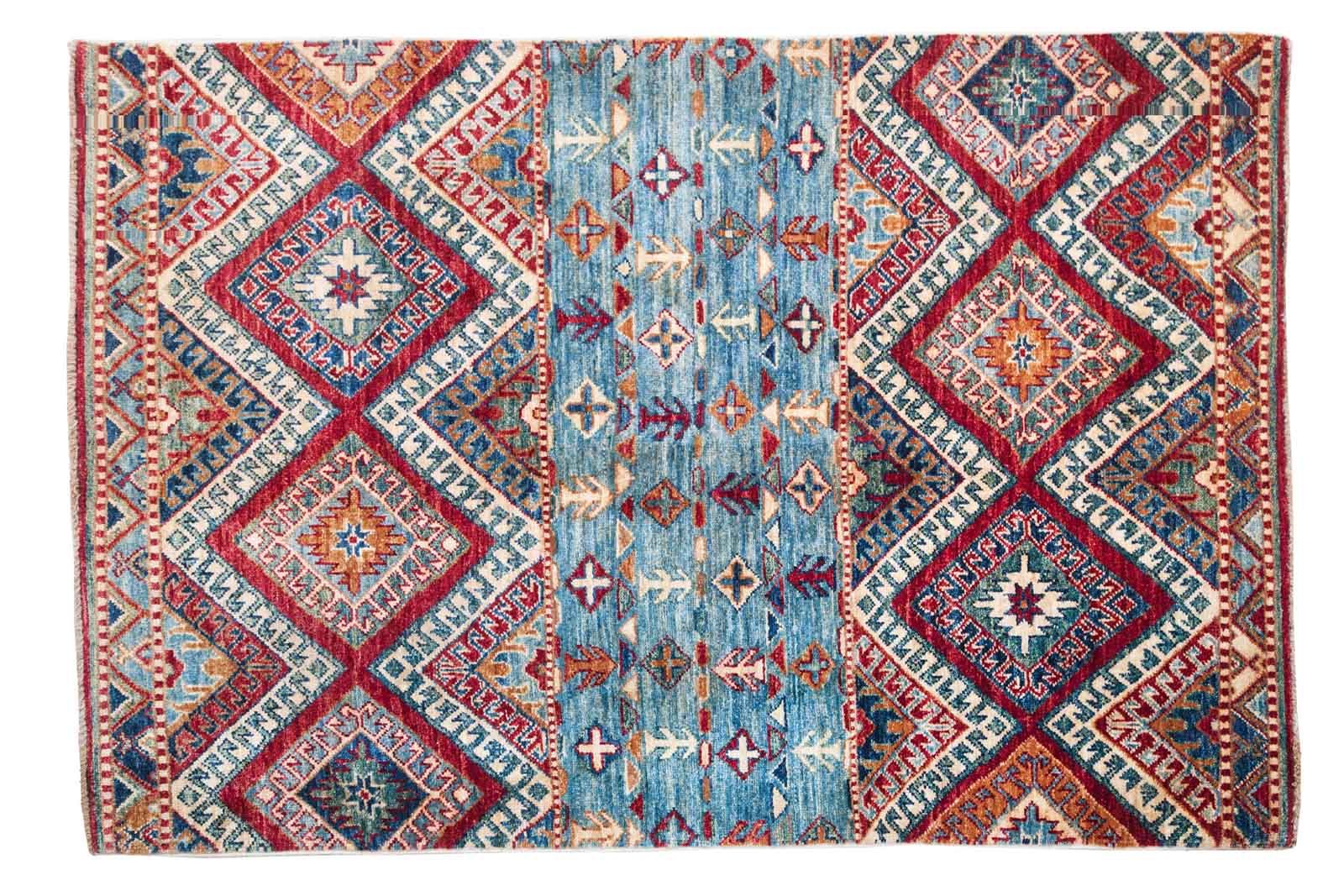 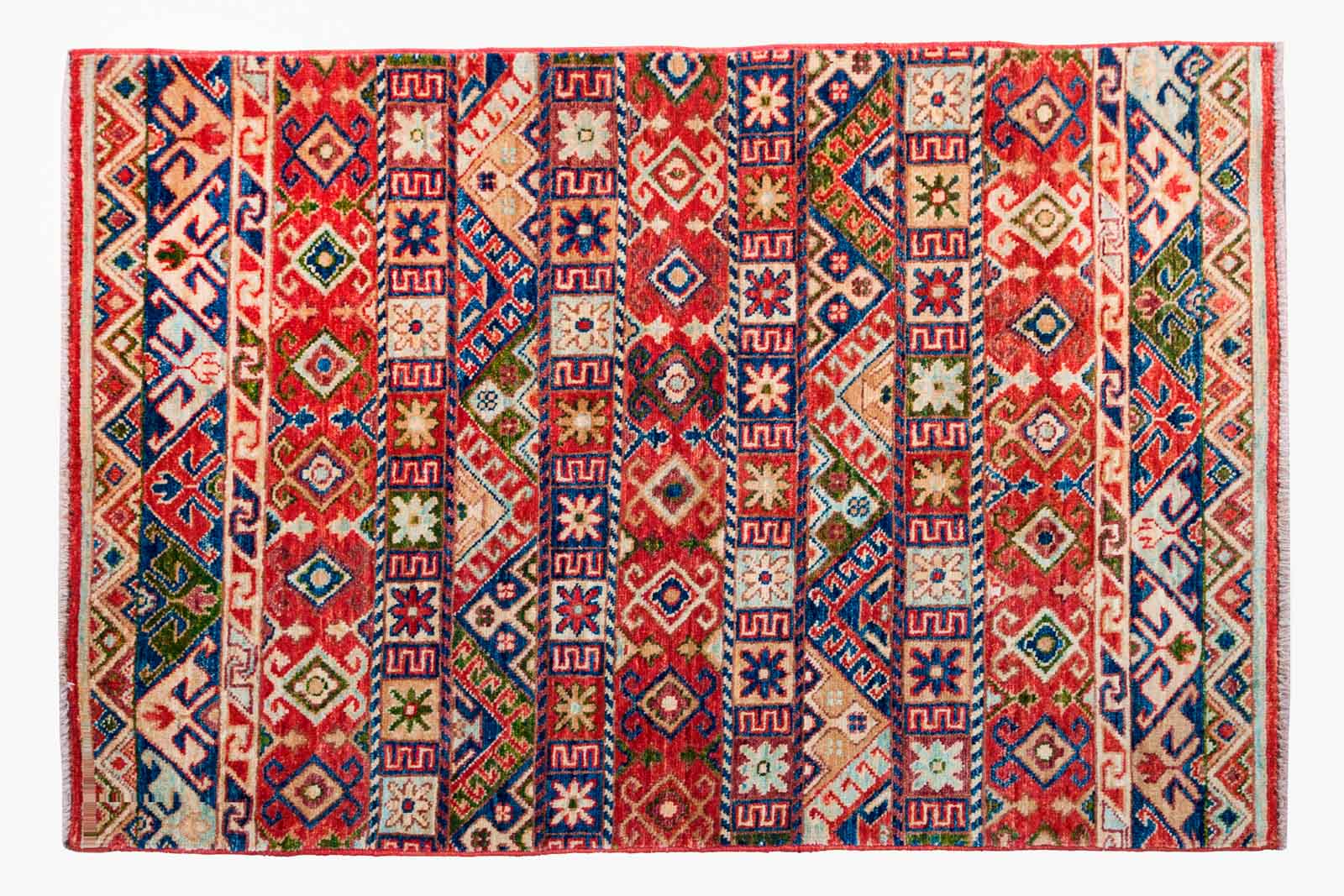 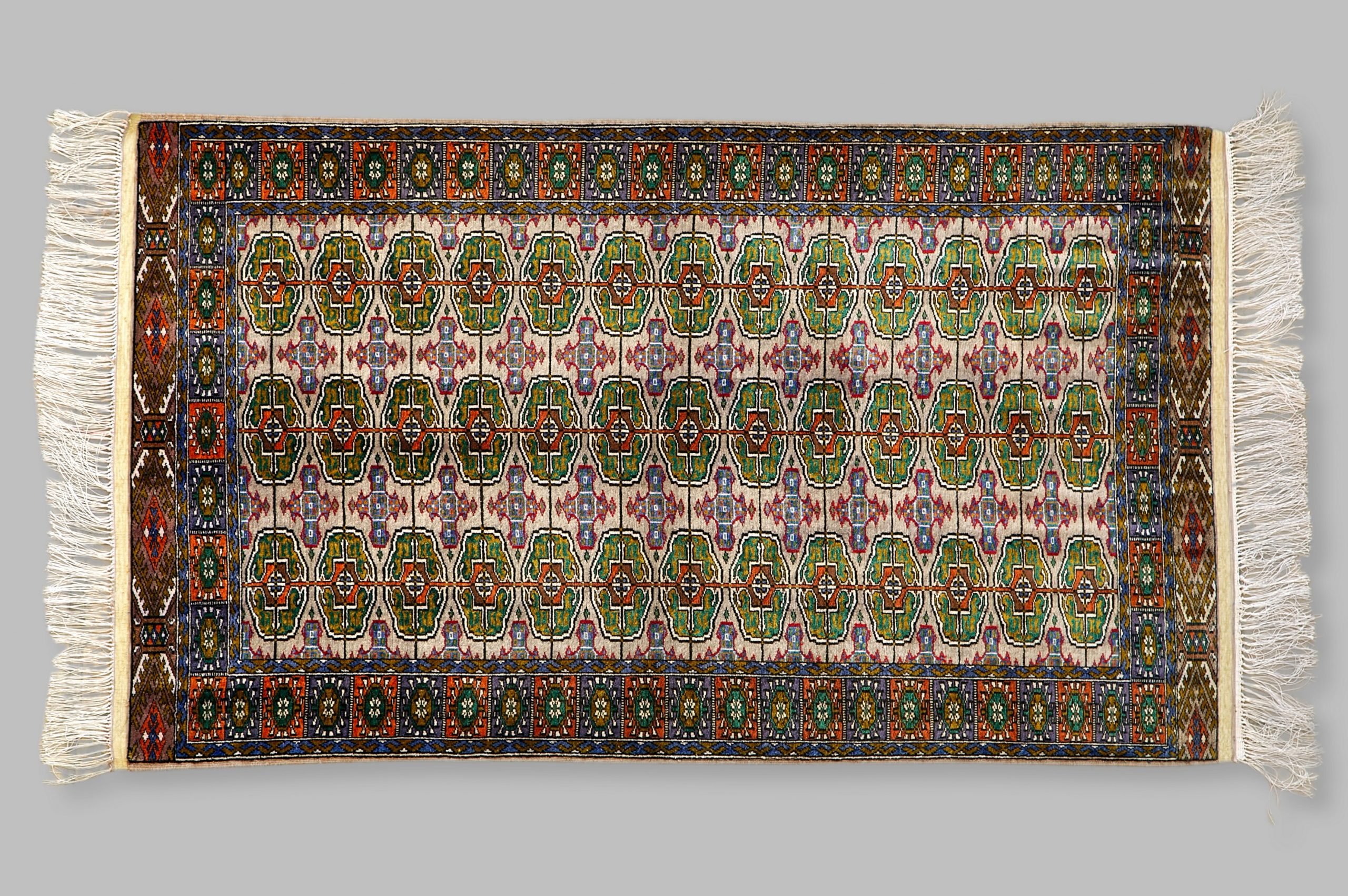 “Carpets warm our heart and please our eyes,” is a saying in Uzbekistan that illustrates the importance of carpet-weaving for artisans like Anvar Kurbanov. The tradition of Uzbek carpet weaving goes back for thousands of years; carpet weaving tools have been discovered in Stone Age settlements in Central Asia. For the semi-nomadic tribes of Uzbekistan, carpets represent a key piece of furniture—an artistic item as functional as it is decorative. To the Uzbek people, carpets represent well-being and prosperity. Carpet-making is a hereditary profession for Anvar, who learned his craft under the guidance of his grandfather, a well-known master craftsman. Under his grandfather’s tutelage, Anvar learned knotting, dyeing, and other secrets of the craft to create traditional Uzbek carpets specific to the region of Bukhara where he’s from.

Bukhara carpets are hand-knotted and dyed, using dye recipes passed down through families for generations. Each carpet is formed around a row of guls, or patterns surrounded by geometric designs. The rugs come in a variety of colors and motifs, each one handcrafted according to ancient traditions. The rugs that Anvar creates use the patterns of the famous Bukhara rugs of the 16th and 17th centuries. In this way, he carries on the traditions established by his forebears and ensures that their style of carpet-making survives into the future.

Anvar has risen to the role of a master craftsman, and he considers his greatest moment to be when his grandfather tied around him the belt that signified this status. Despite this acknowledged mastery of his craft, Anvar is dedicated to experimenting with and improving upon his work, attempting to further cement his artistic achievements. “They say that carpets are like music for the eyes,” Anvar says. “I can only reply that my best symphony is yet to be written.”