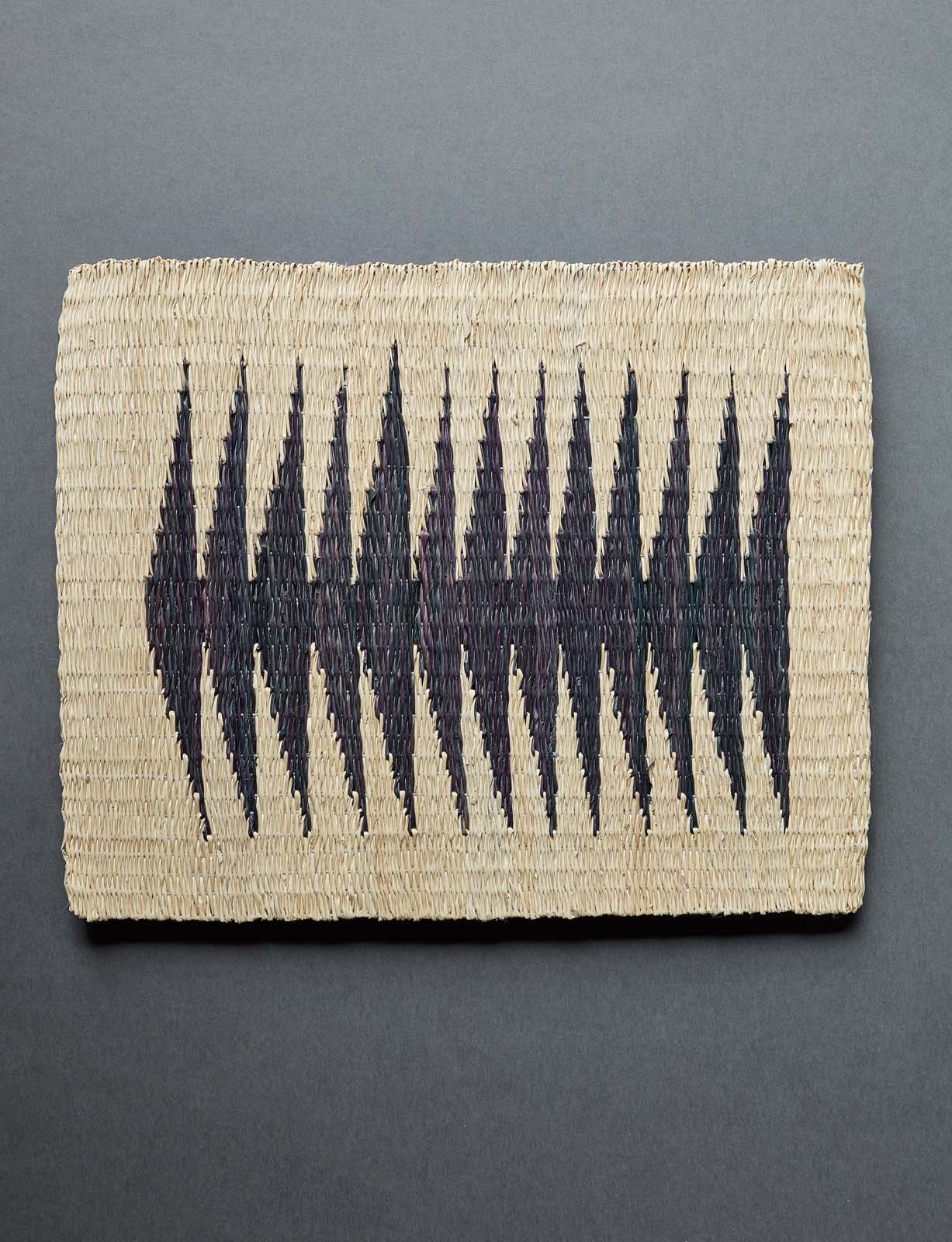 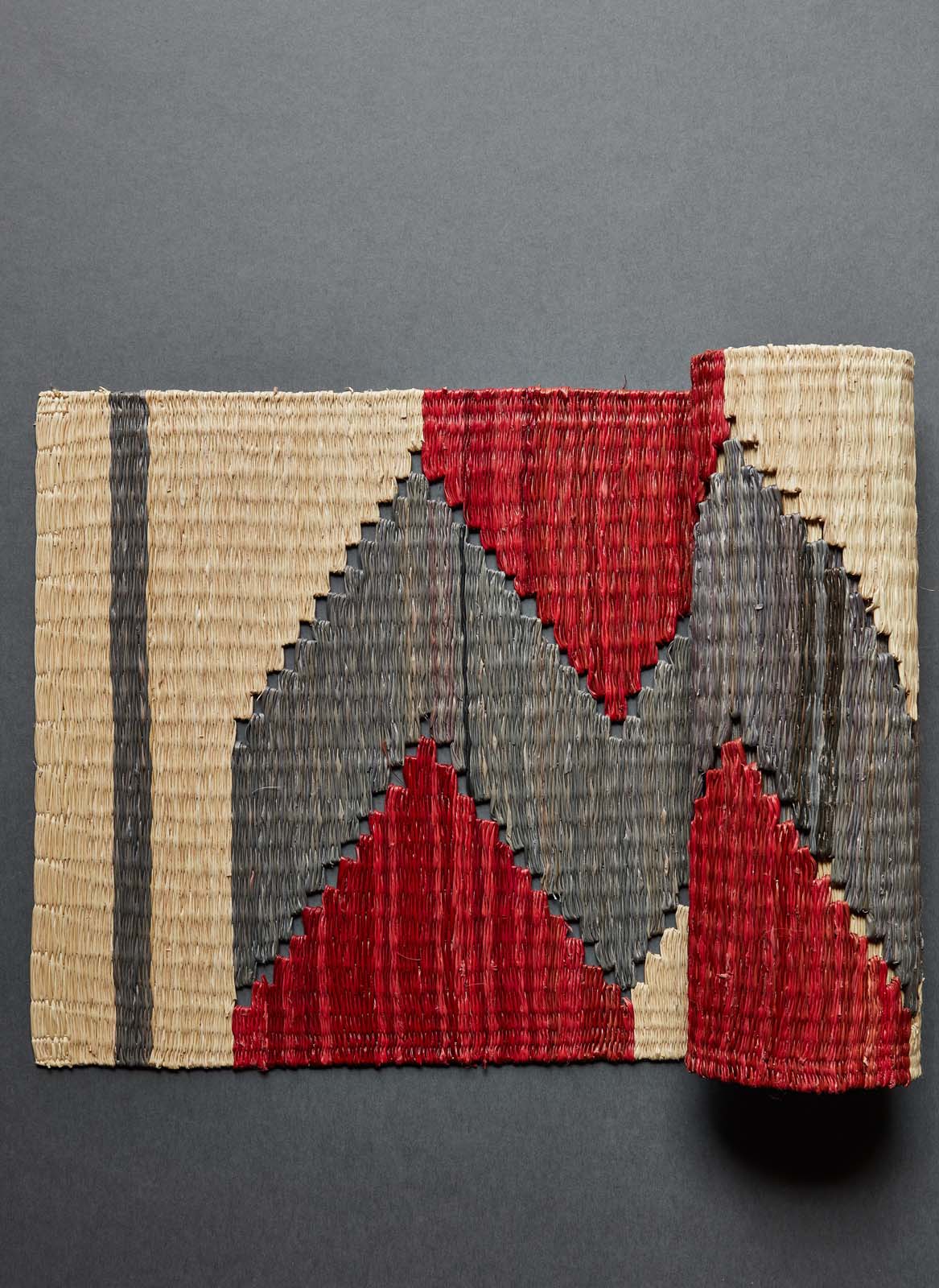 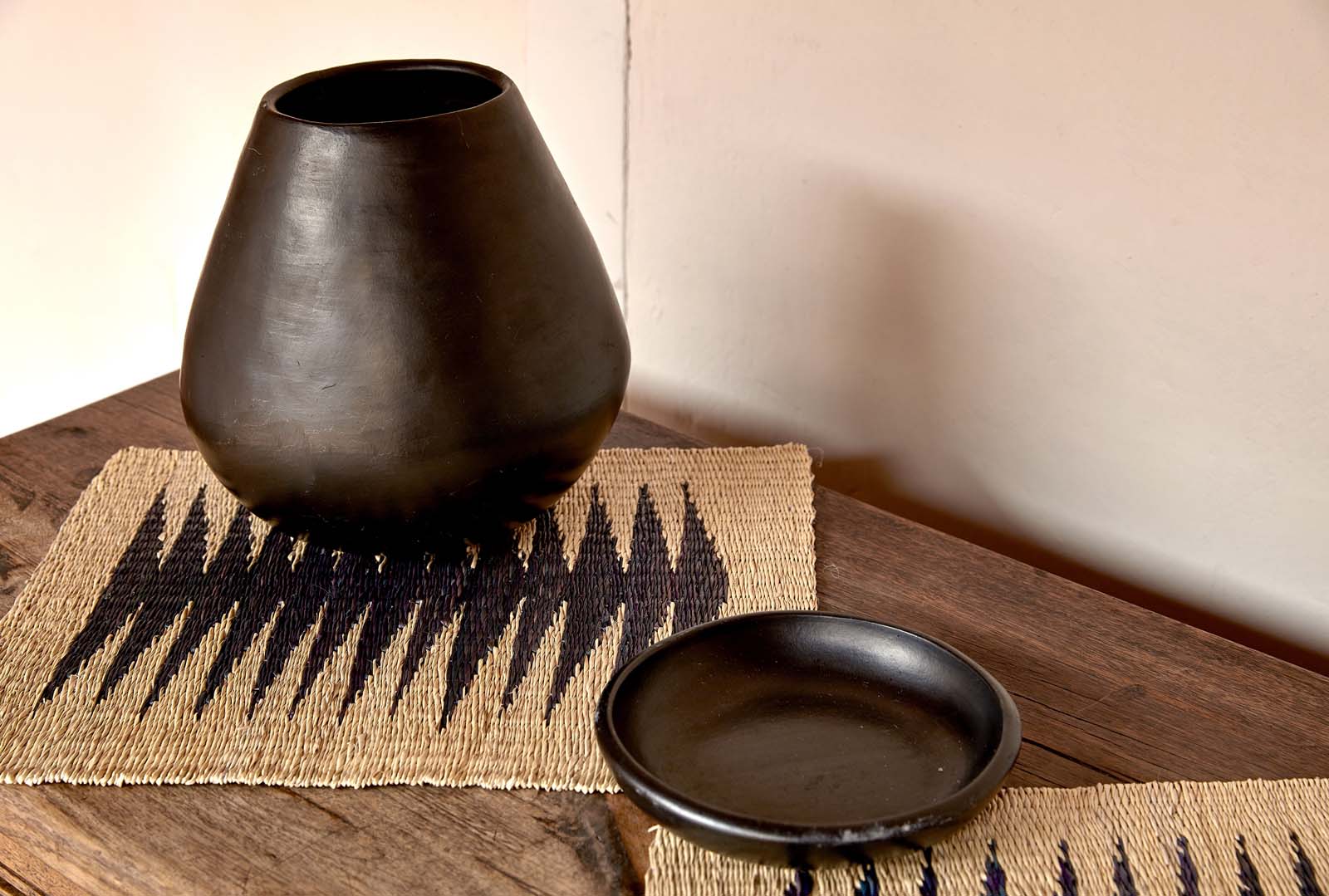 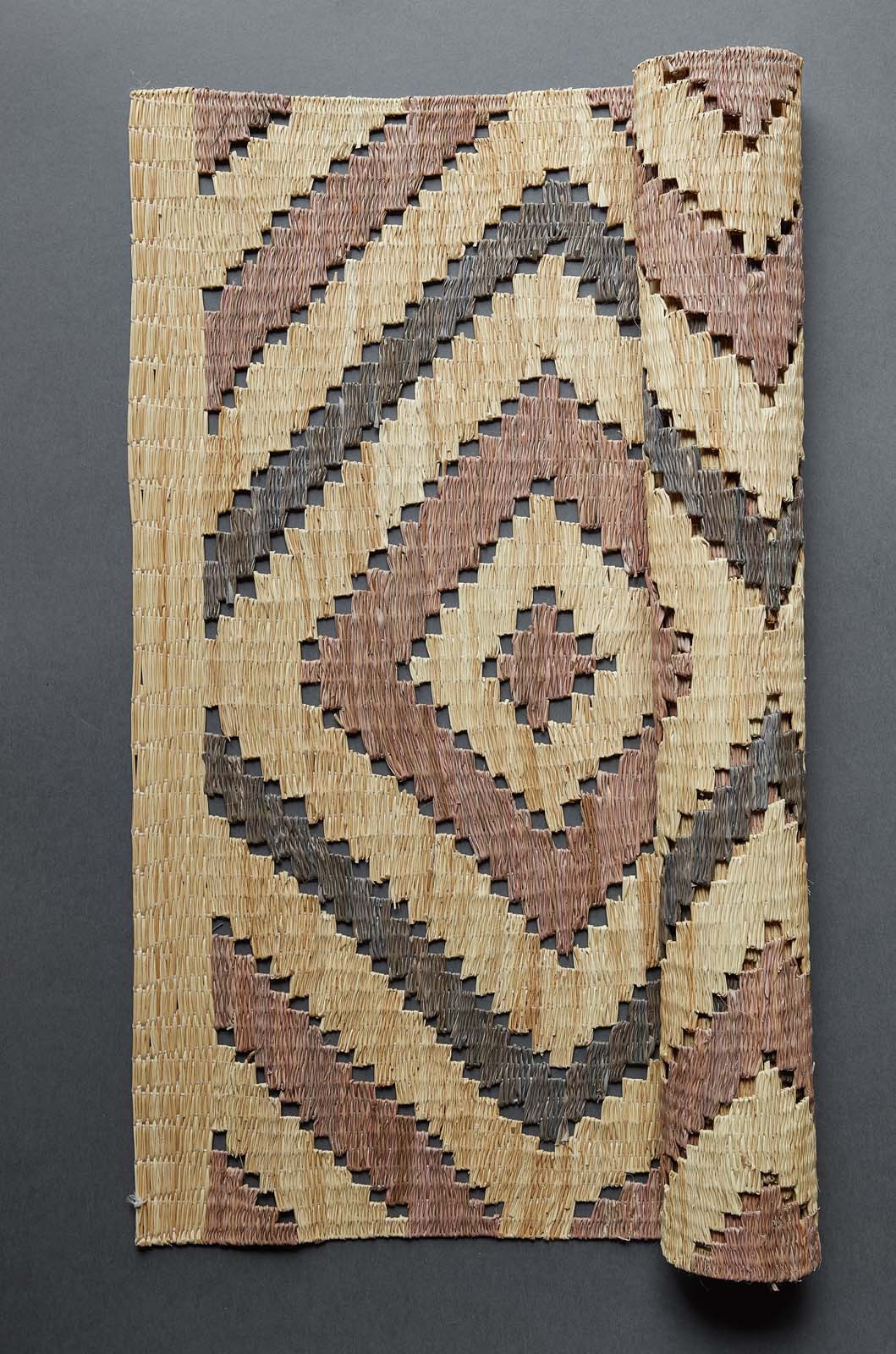 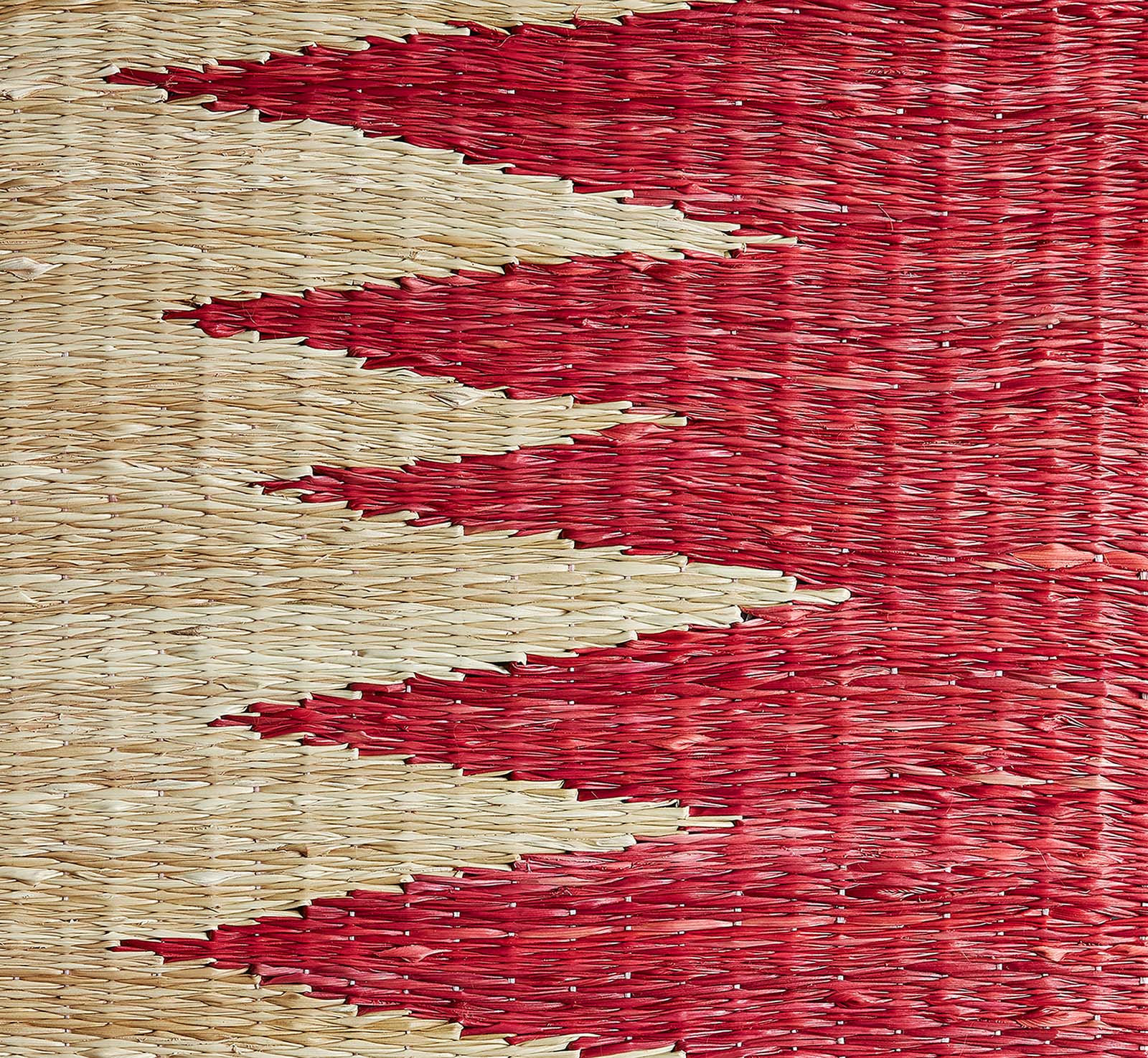 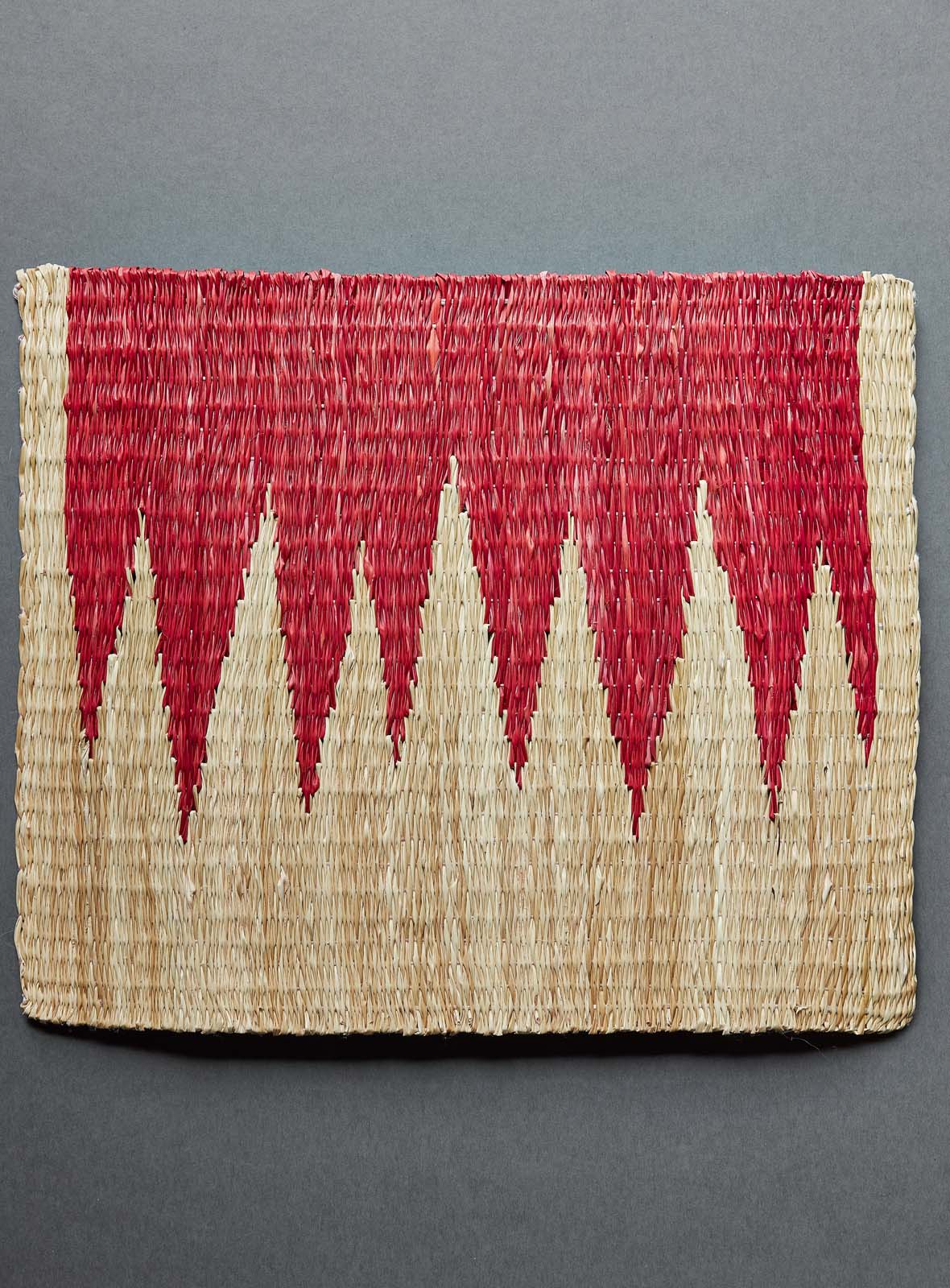 Asociación de Artesanos de Chimichagua was born in 1995 in a region of northern Colombia that nudges up against the Caribbean Sea. Named after the town of Chimichagua, this artisan-run network began as a loose group of craftspeople until the town’s mayor urged them to form a structured organization in order to receive legal status and to reach a larger audience. Soon, the Asociación was attending craft fairs with its stone-burnished palm fiber mats, gaining an admiring following, and allowing the group to turn what was once thought of as a utilitarian craft into a way of sustaining its members financially.

Today the collective boasts almost 40 artists, each working in an array of tasks, from harvesting the palma estera, a plant indigenous to the area that’s used as a base material, to gathering natural pigments, dying, and weaving. Each item is made by hand, beginning with the fiber extraction process. This is most often performed by men, who harvest the thorny palma estera with machetes. Then, the cogollos, or fronds, are left to dry overnight. During this period the plant fibers whiten, which later helps them absorb dye. After they’ve dried, they’re rinsed clean of excess tincture and are ready to be woven. The weaving process is one in which the artist injects his or her own imprint. Using stick looms artists make a sturdy satin-faced weave from the seemingly unyielding fronds of the hardy palma estera. Once finished, they rub it with a flat stone to make it shine and to remove any loose fibers or splinters.

The tradition of weaving with palma estera dates back to colonial times when the territory known today as Chimichagua was occupied by the natives of the Ette Ennaka, Chimila or Shimizya group. Upon the arrival of the Spanish, native peoples used patterns designed on palma estera fabric as an ingenious means of communication, by which coded messages were embedded, literally, into everyday items.