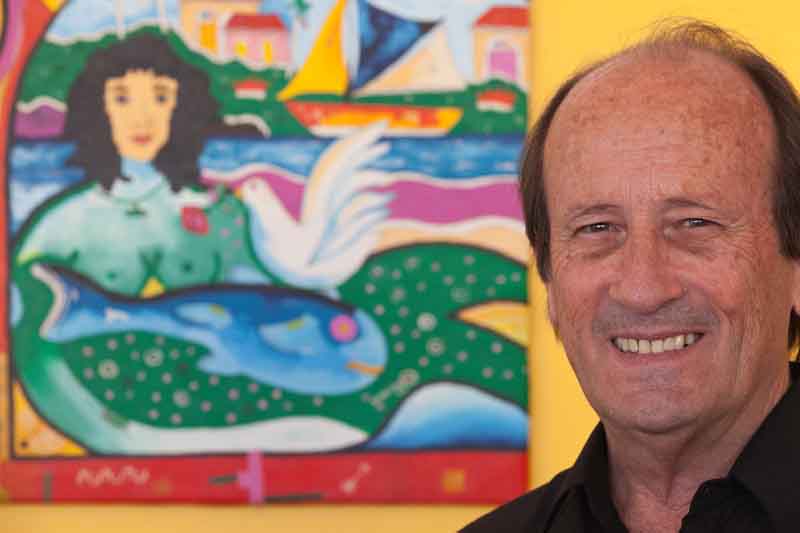 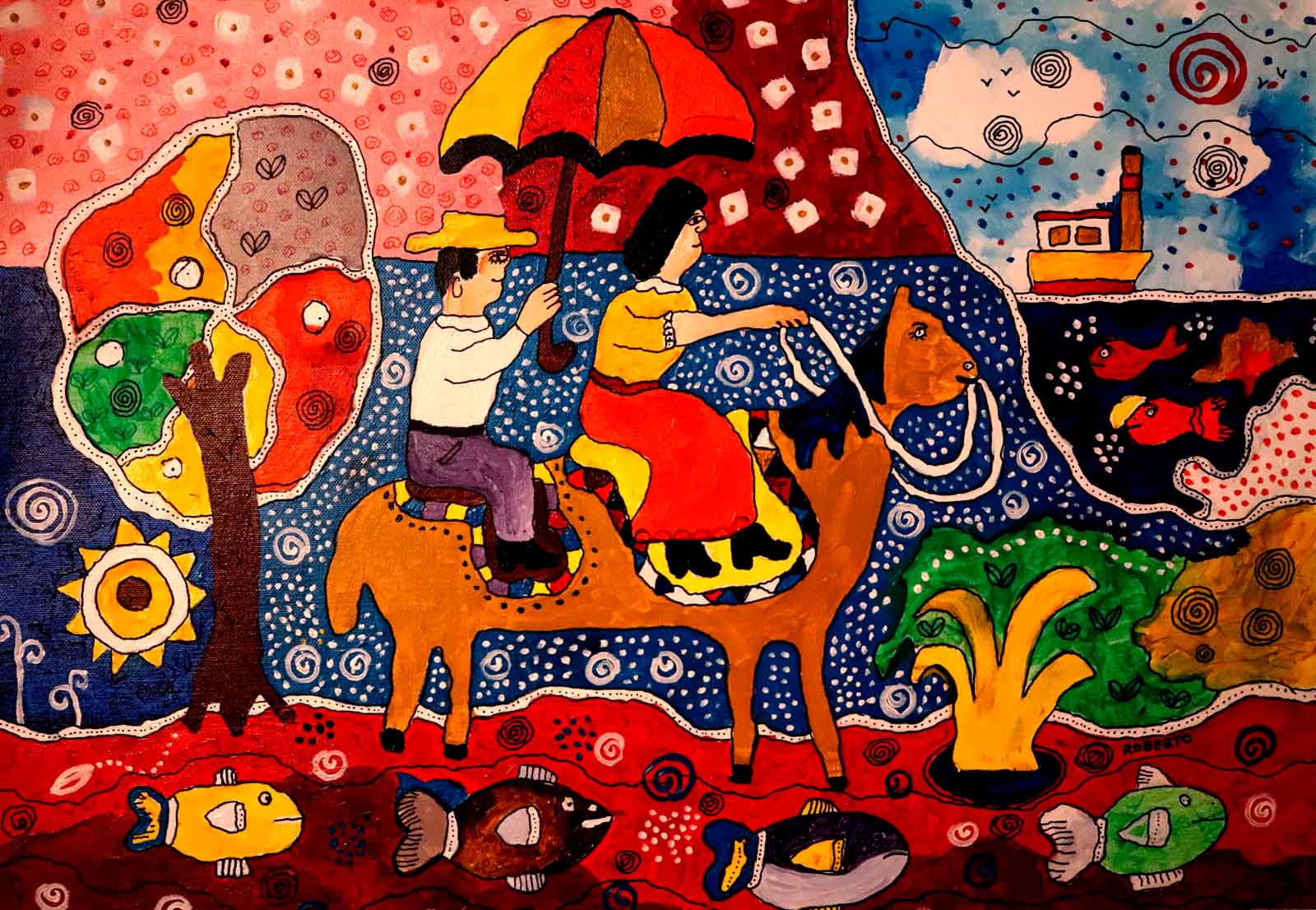 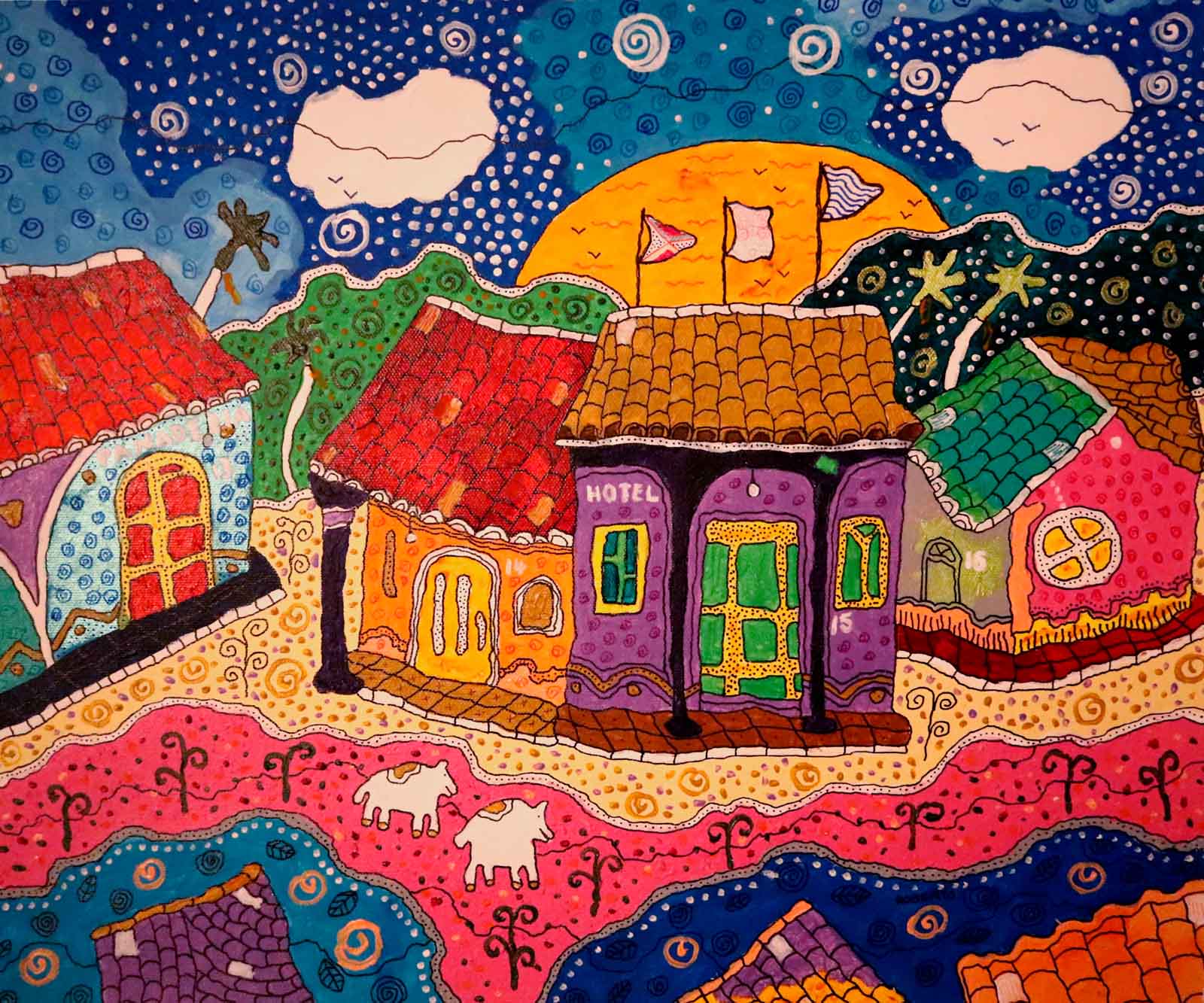 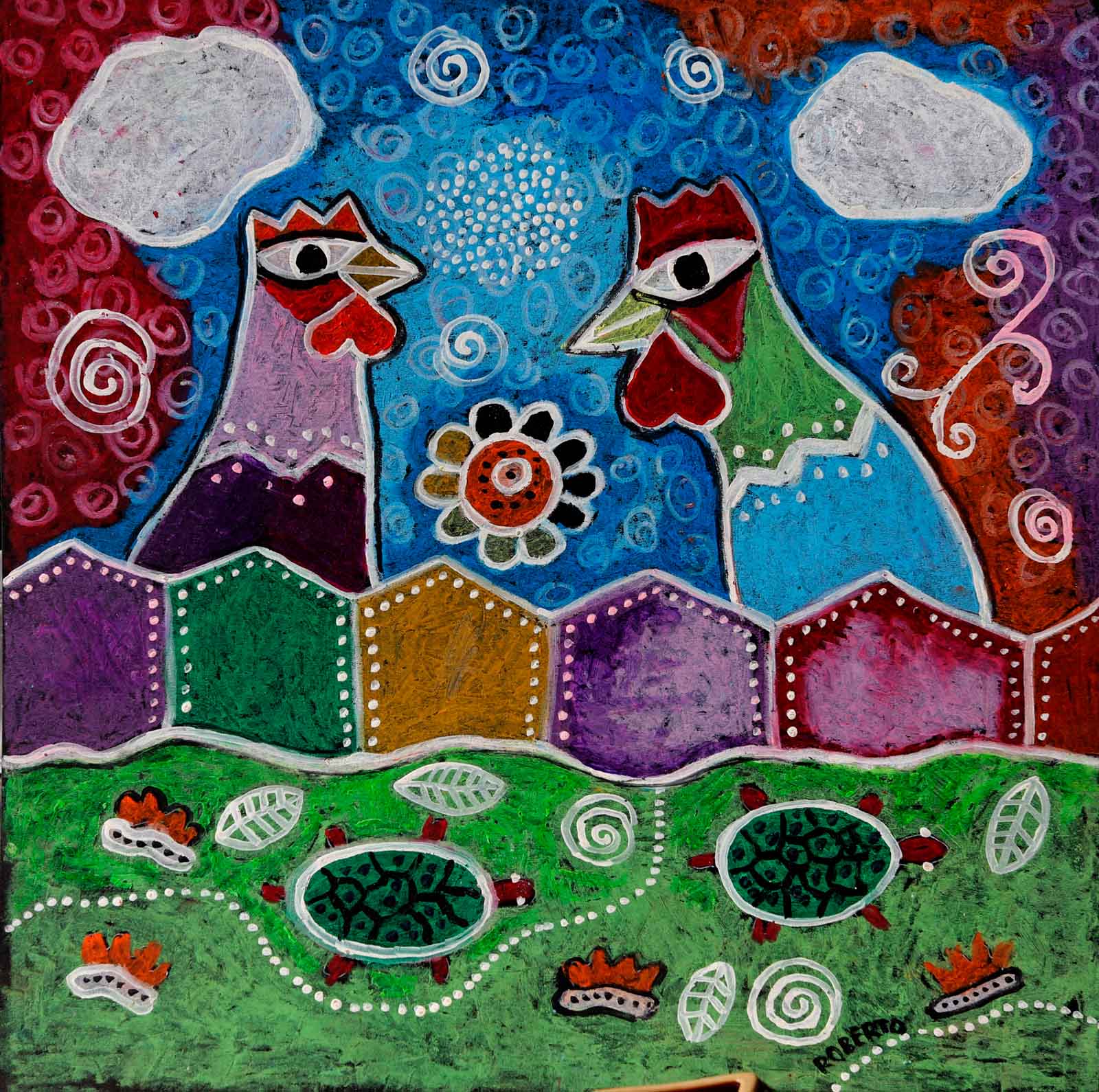 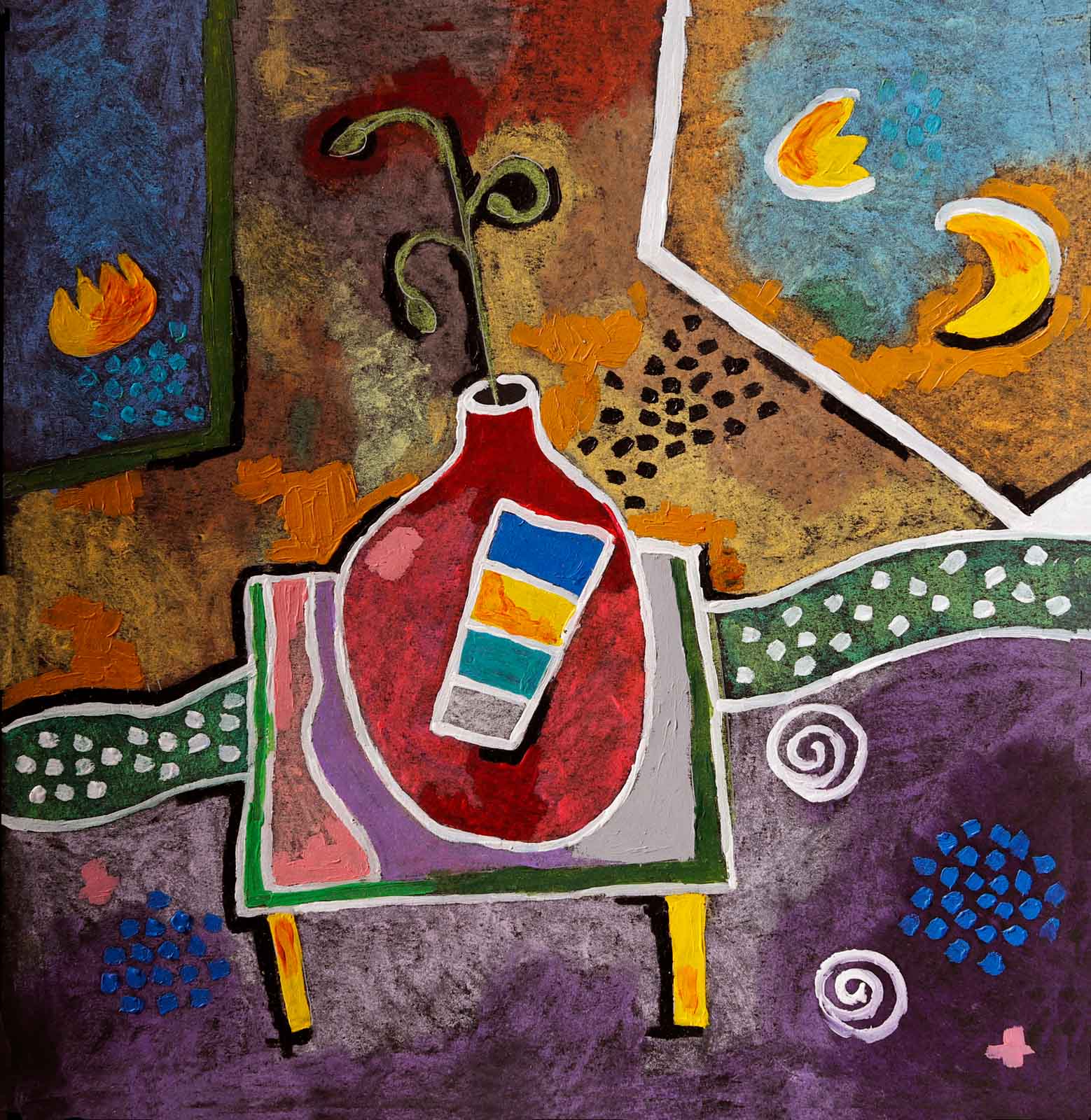 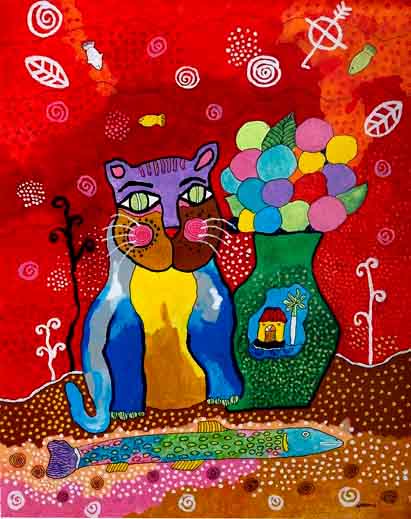 “Naïve Art” is a deceptive term. It originated with European and North American art critics to describe the “primitive” or “childish” work of artists who may be self-taught otherwise lacking in formal art education. While practitioners of naïve art often eschew classical compositions and academic art rules, their works can be just as thoughtful and sophisticated, if not more so, as that of university- and atelier-educated artists. Roberto Domingo Gil Esteban is one such artists. While he identifies with popular Cuban naïve art traditions, his paintings, drawings, and prints conjure comparisons to big-name 20th-century Western European masters like Matisse, Chagall, and Picasso.

Using a variety of mark-making materials on cardboard, canvas, and paper supports, Roberto employs what he calls the “color and joy that are needed in the face of daily difficulties.” These colors include bright grassy greens, sunny yellows, cool ceruleans, and fiery oranges and reds. His shapes are flattened and often adorned with geometric patterns: fields of dots, series of spirals, and grid-like hatch marks. The years he has spent studying artworks in museums and experimenting with painting and printmaking techniques are obvious in his abstracted figures, mottled color fields, and symbolic lexicon.

Based in the bayside city of Cienfuegos, Cuba, Roberto’s artworks are akin to surrealistic ethnographic studies of his community. Inspired by a combination of childhood memories, encounters with humble people during his years as an agronomist, and the contemporary conditions in Cienfuegos, he renders memoirs of place and time, buzzing with the colorful vibrancy of Cuban culture. He explains, “My works of art bear witness to the stories that unfold in my cities and in the streets of my country on a daily basis.”