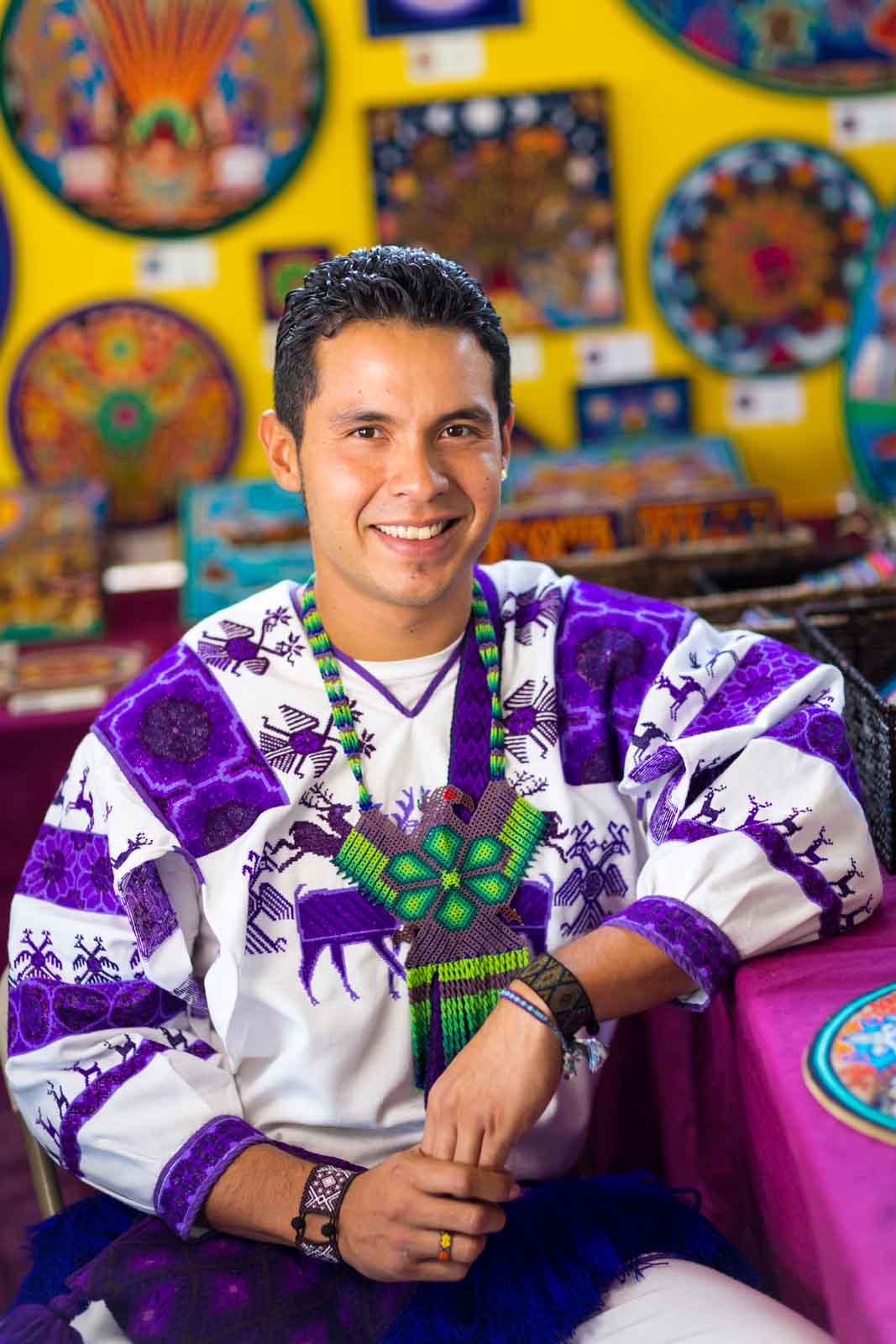 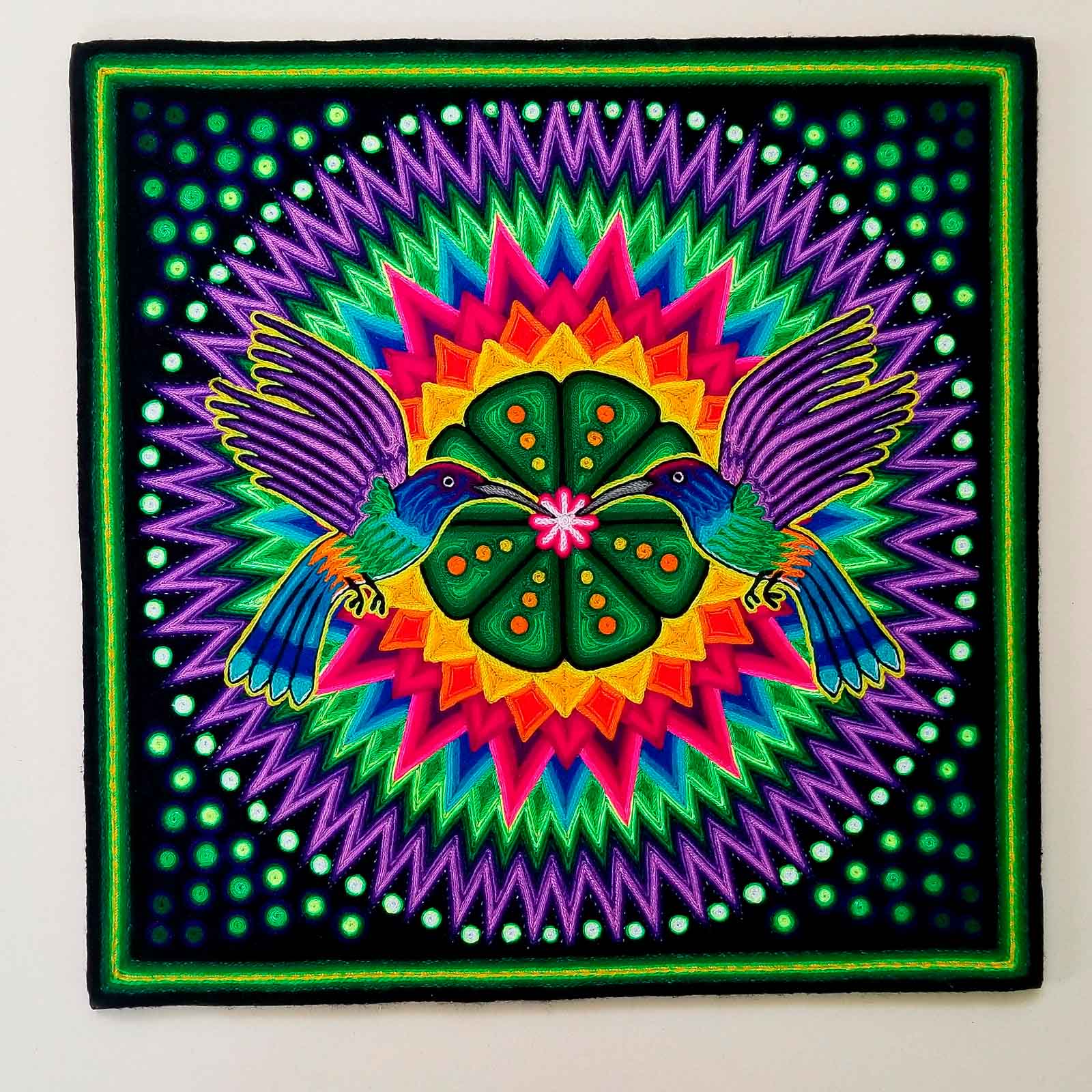 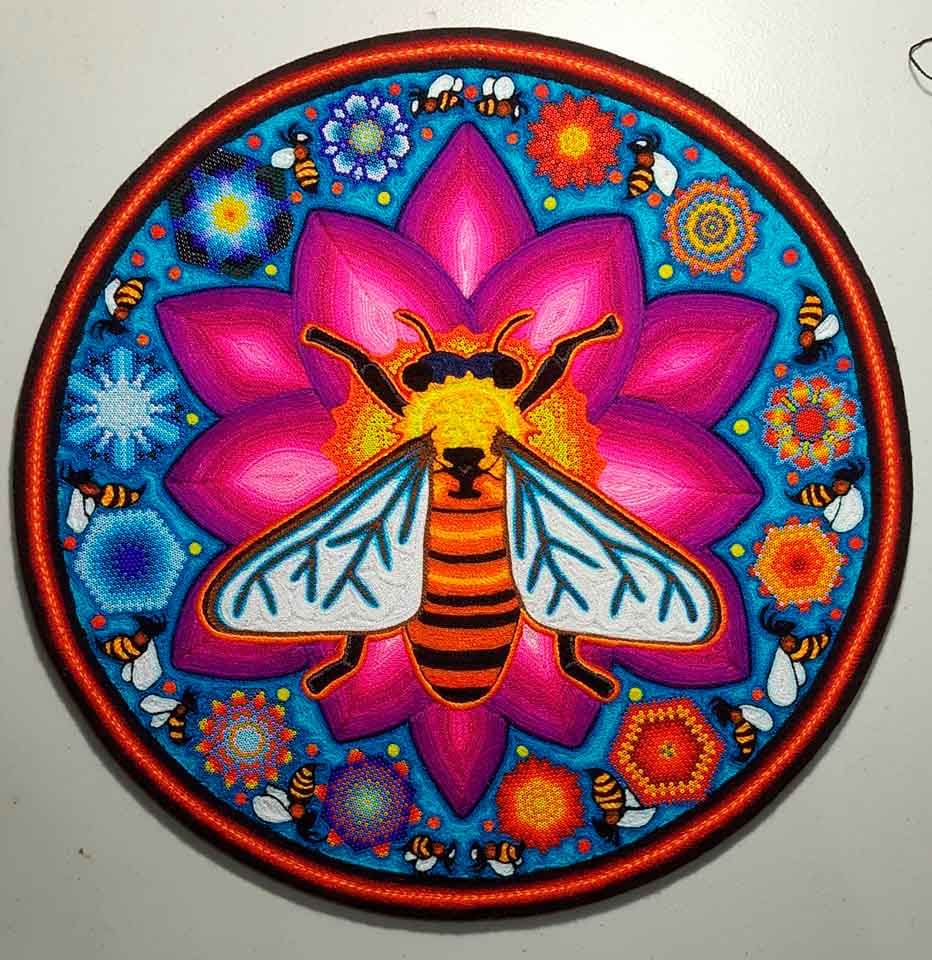 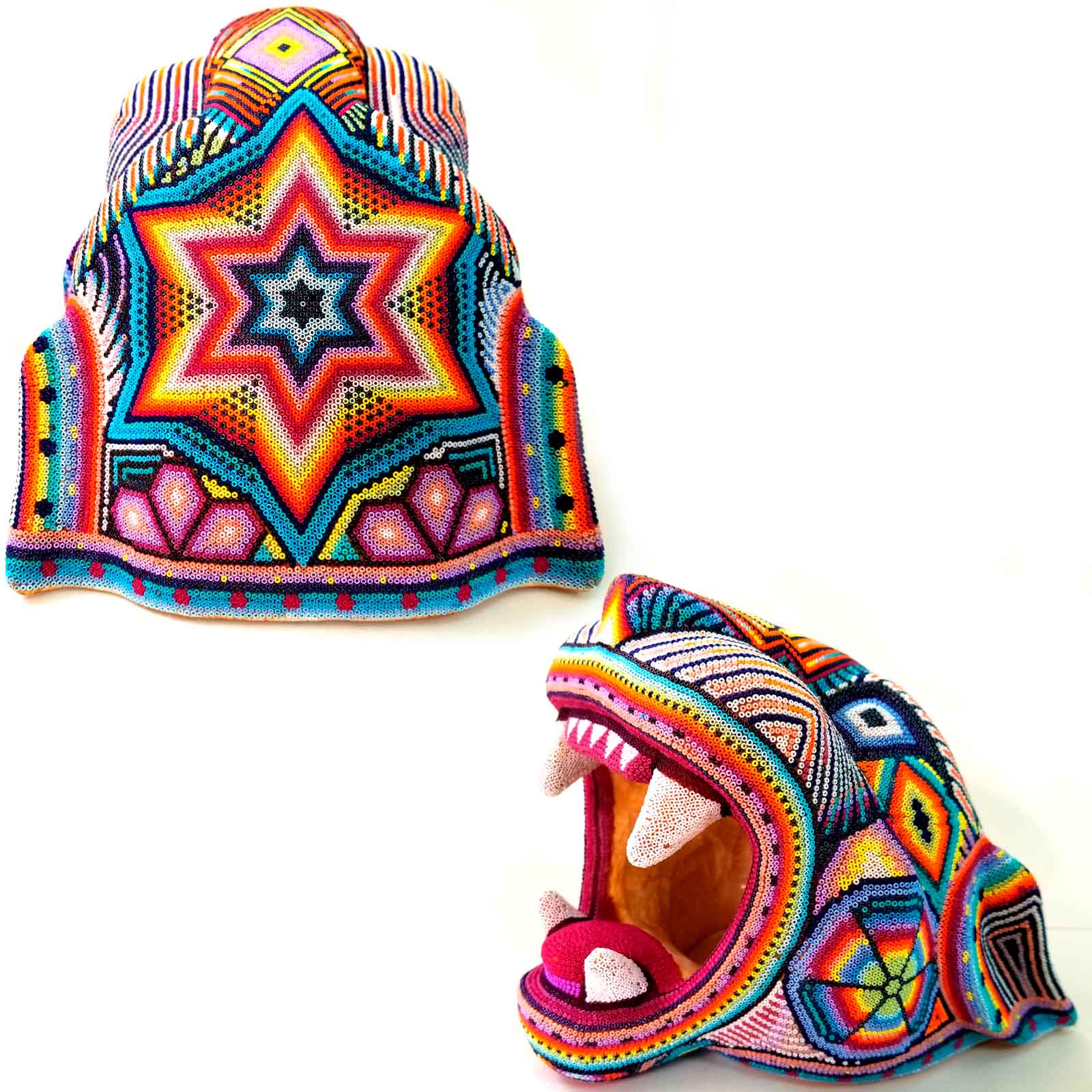 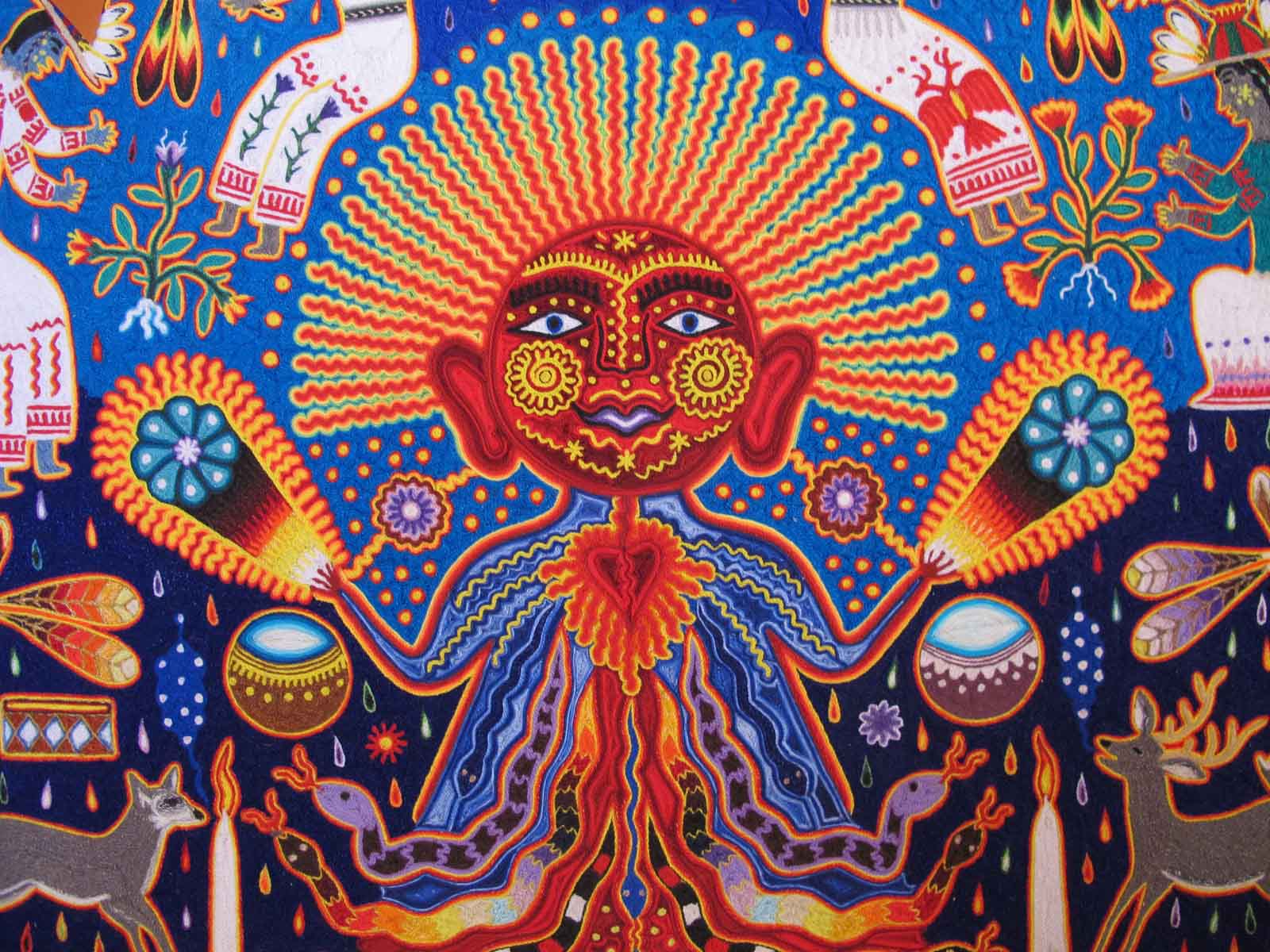 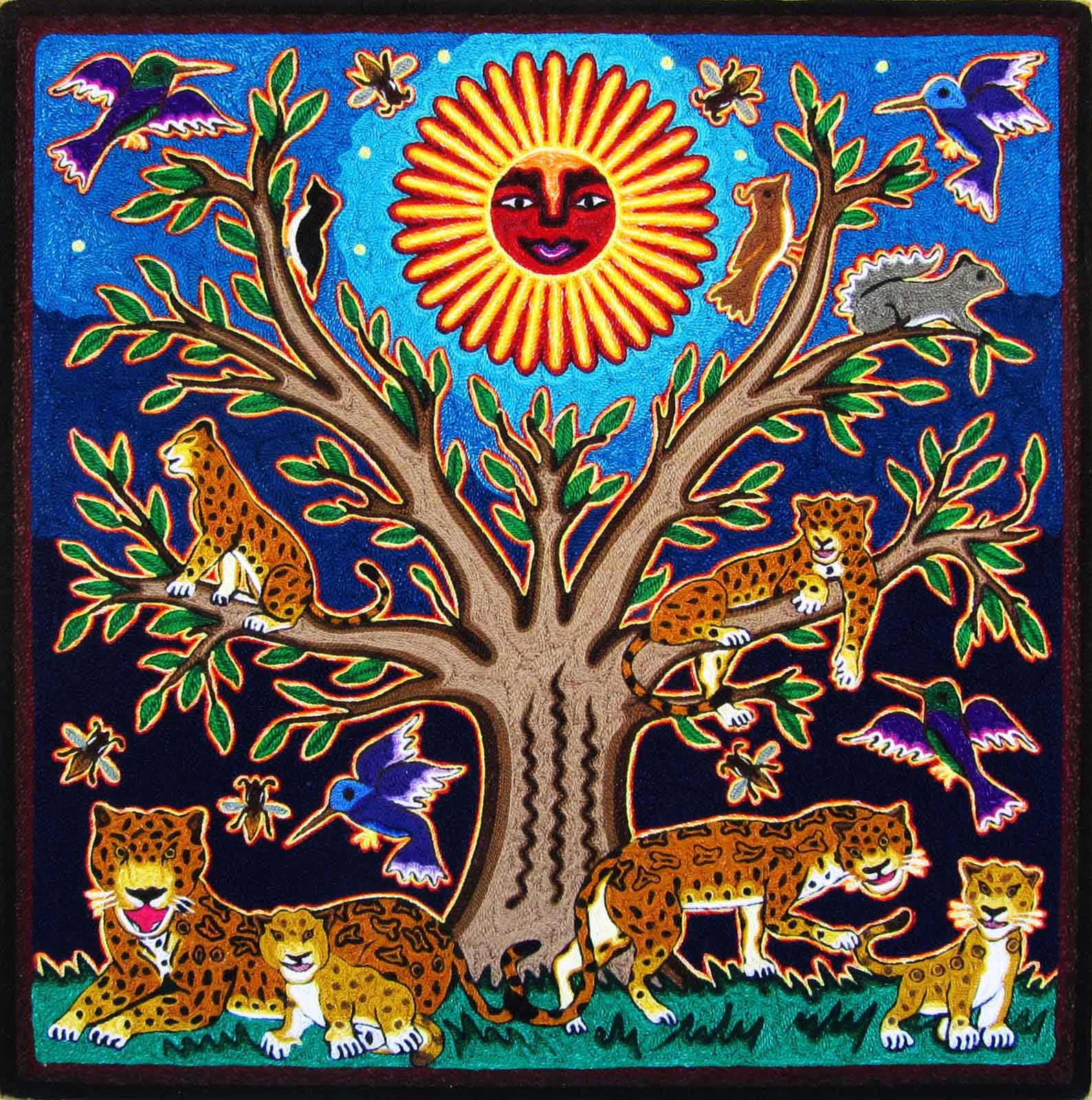 If you’re lucky, you’ve seen the psychedelically colorful, energetically configured yarn paintings traditional to parts of Mexico in person. If so, you know the name “yarn painting” is a misnomer, because there’s no paint involved. Instead, master artists like Rafael Cilau Valadez craft intricate compositions in rainbow hues out of yarn, meticulously arranging animal, plant, human, and abstract forms in hypnotically appealing ways. Valadez is a member of Mexico’s ancient Wixarika (Huichol) people, whose artistic prowess has been celebrated for centuries.

Valadez begins these so-called paintings with a flat wood base, onto which he places a combination of hot beeswax and pine resin to create a type of glue. Once this organic adhesive is evenly spread, strands of yarn are pressed into it in vibrant, often ombré patterns. Figures and symbols are created first and then the background is filled in with a swirling mosaic design, with the artist using his fingernails or large needles to push the yarn onto the surface.

Valadez doesn’t stop with yarn paintings; he is also a recognized master of beautifully arrayed bead-on-wood sculptures, which entail a similarly time-consuming creative process. The selling of Wixarika art began in the late 1970s, and in many cases whole family units are involved in its creation. “Our devotion and relationship with our creators works in cycles in the same way the earth goes around the sun,” says Valadez; but you don’t have to take his word for it—these impeccably crafted, brilliantly colorful artworks tell you everything you need to know.