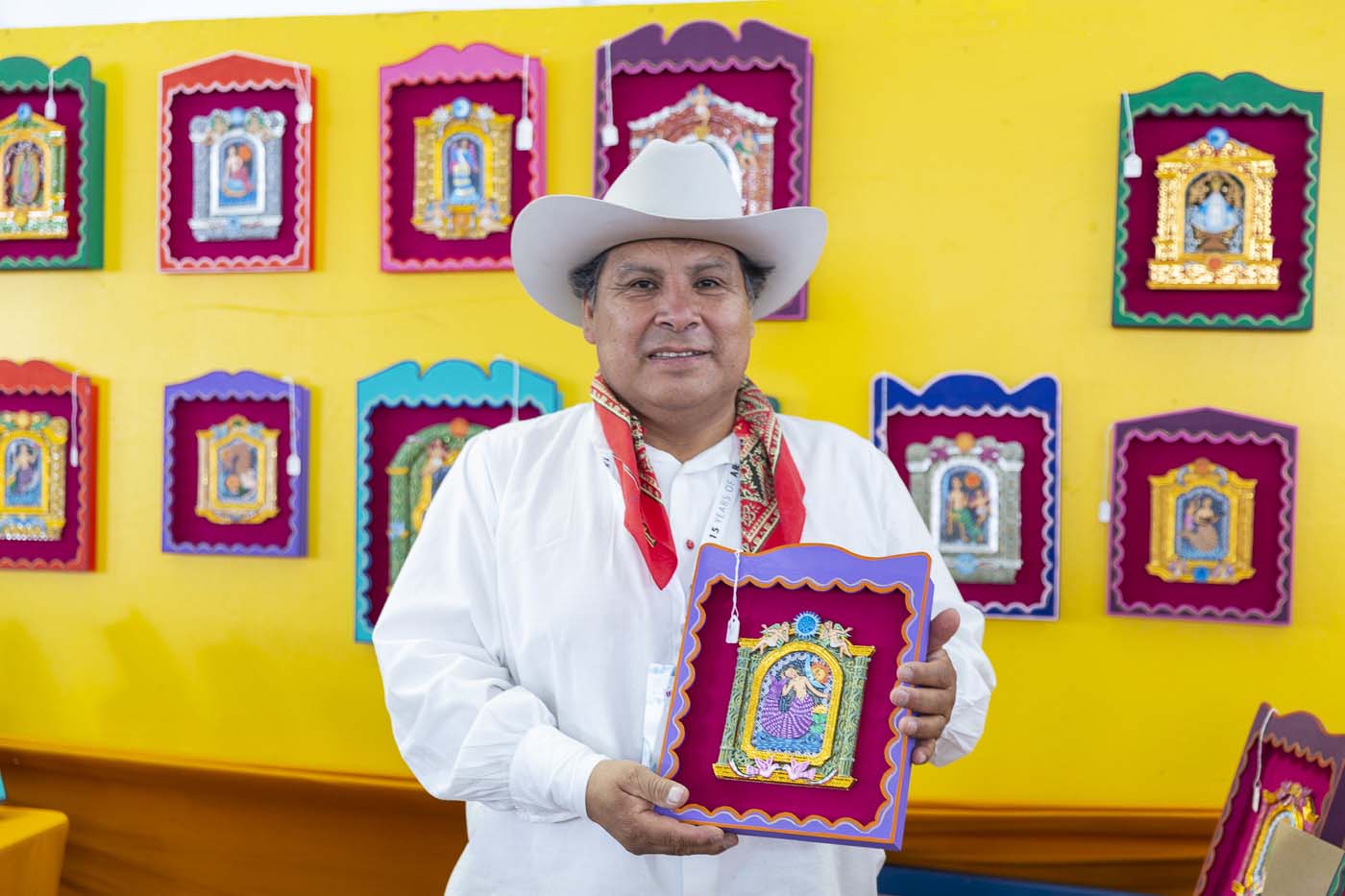 Retablos have a long history in Latin American cultures and typically are displayed either in domestic or church settings as treasured reminders of sacred figures. Meticulously rendered and vibrantly unique, the retablos of Mexican artisan Pedro Ortega Lozano depict beloved saints or members of the Holy Family, as well as angels and mermaids.

Although this artform has a long history, Pedro didn’t learn from family members or anyone else, but instead taught himself this intriguingly unique method of creating retablos. Though many retablos are carved of wood, Lozano employs cut and glued paper, along with ink, watercolor, and touches of lace or thread, to create his. All the paintings are handmade with knives, cutters, and scissors only, without the use of machines. There are many striking visual aspects of Lozano’s retablos. Not only are depicted figures gloriously colored and tenderly drawn and painted, but the frame or border of each retablo is also crafted with enormous detail. Lunar and solar symbols may hover beneath a rendering of beloved Mexican figure La Virgen de Guadalupe, for instance, or stylized floral motifs may encircle a depiction of a sweetly painted cherub.

Cut paper artwork has also been an aspect of traditional Mexican culture since pre-Spanish times, used as decorative banners for festivals or birthdays, and also for assorted liturgical ceremonies. Though Pedro Ortega Lozano wasn’t taught these artforms by his father, he is keen on sharing them with his own sons, who he hopes will preserve this beautiful unique artform for many years to come.