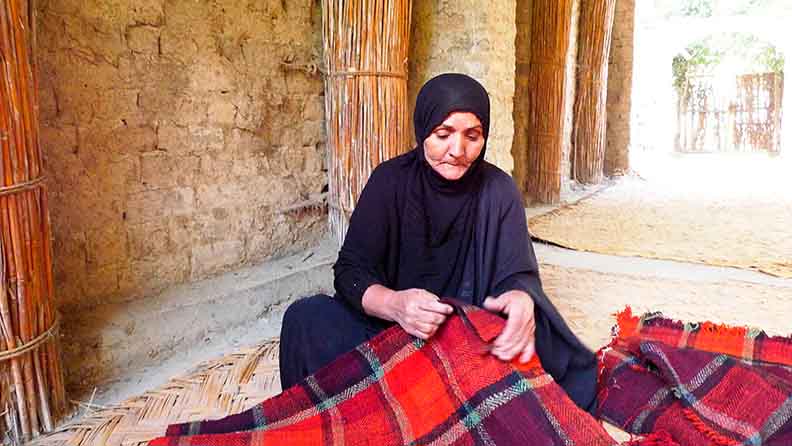 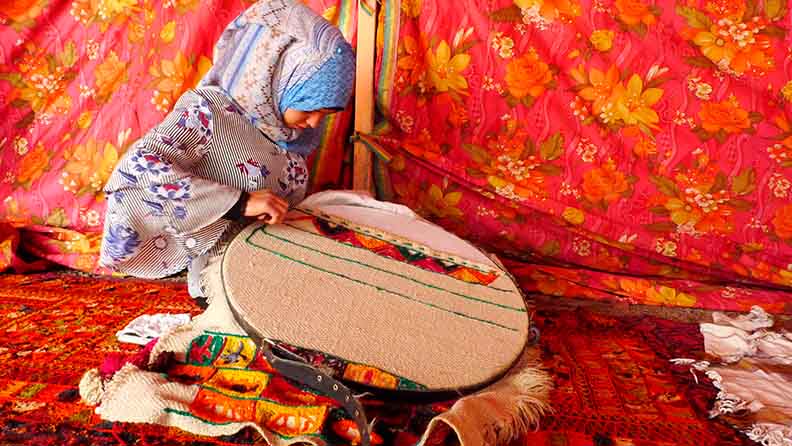 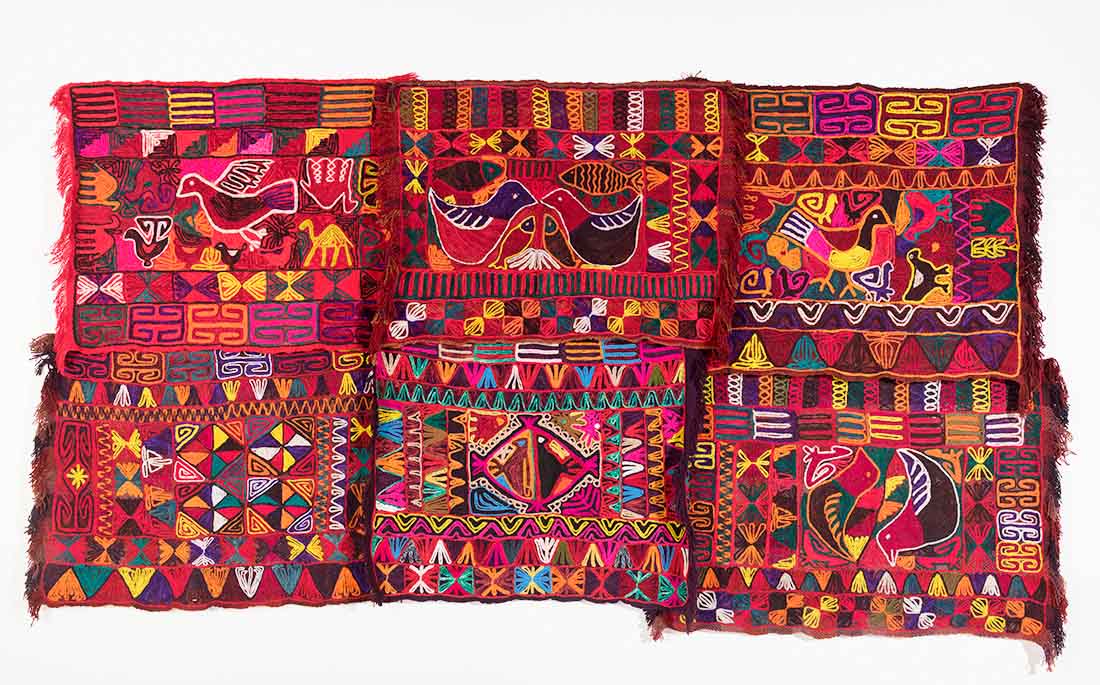 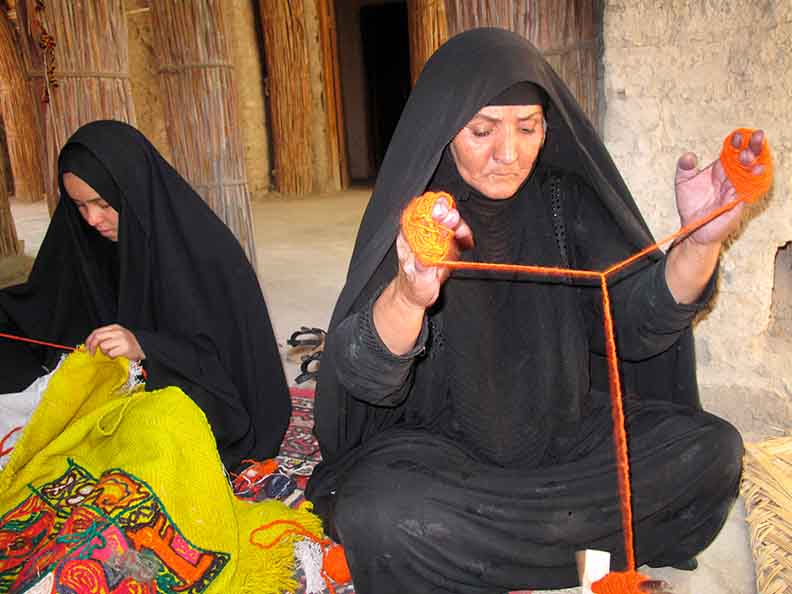 Fantastically colorful and energetically patterned, the textiles made by the artists of Nature Iraq are as unique as the culture they belong to. Founded in 2004, Nature Iraq’s not-for-profit mission is to protect and preserve Iraq’s natural environment and the cultural heritage it nourishes. This includes the work of Marsh Arab women weavers who reside in several townships in the Mesopotamian Marshes of the southern region of the country. Once targeted by Saddam Hussein for environmental and social destruction, the Mesopotamian Marshes and surrounding archaeological sites of Eridu, Urik, and Ur were designated a UNESCO World Heritage Site in 2017.

Nature Iraq sponsors several groups of women, who often work together. Wool is gathered from regional sheep breeders and remaining materials are purchased from local markets. All projects are done by hand using tools—embroidery hoops, and hooks and needles—that date back to 3,000 BC. The process is steeped in history, and goods range from utilitarian linens to extravagantly adorned garments suitable for sacred ceremonies. In this latter category, for instance, are elaborately embroidered, finely woven wedding blankets, which forge a synthesis of pagan and Islamic design, blending ancient meaning with a truly timeless beauty. Other motifs featured across Nature Iraq’s oeuvre include human figures and stylized animals not usually seen in contemporary Iraqi weavings, which tend to be purely abstract and geometric in design.

Nature Iraq’s work to preserve traditional handwork, artistic skills, and natural resources earned the organization acclaim not just regionally, but on an international scale as well. They are supported by the US Embassy in Baghdad.

The group will be represented by Salma Abed Damej and Doha Awath Saber.