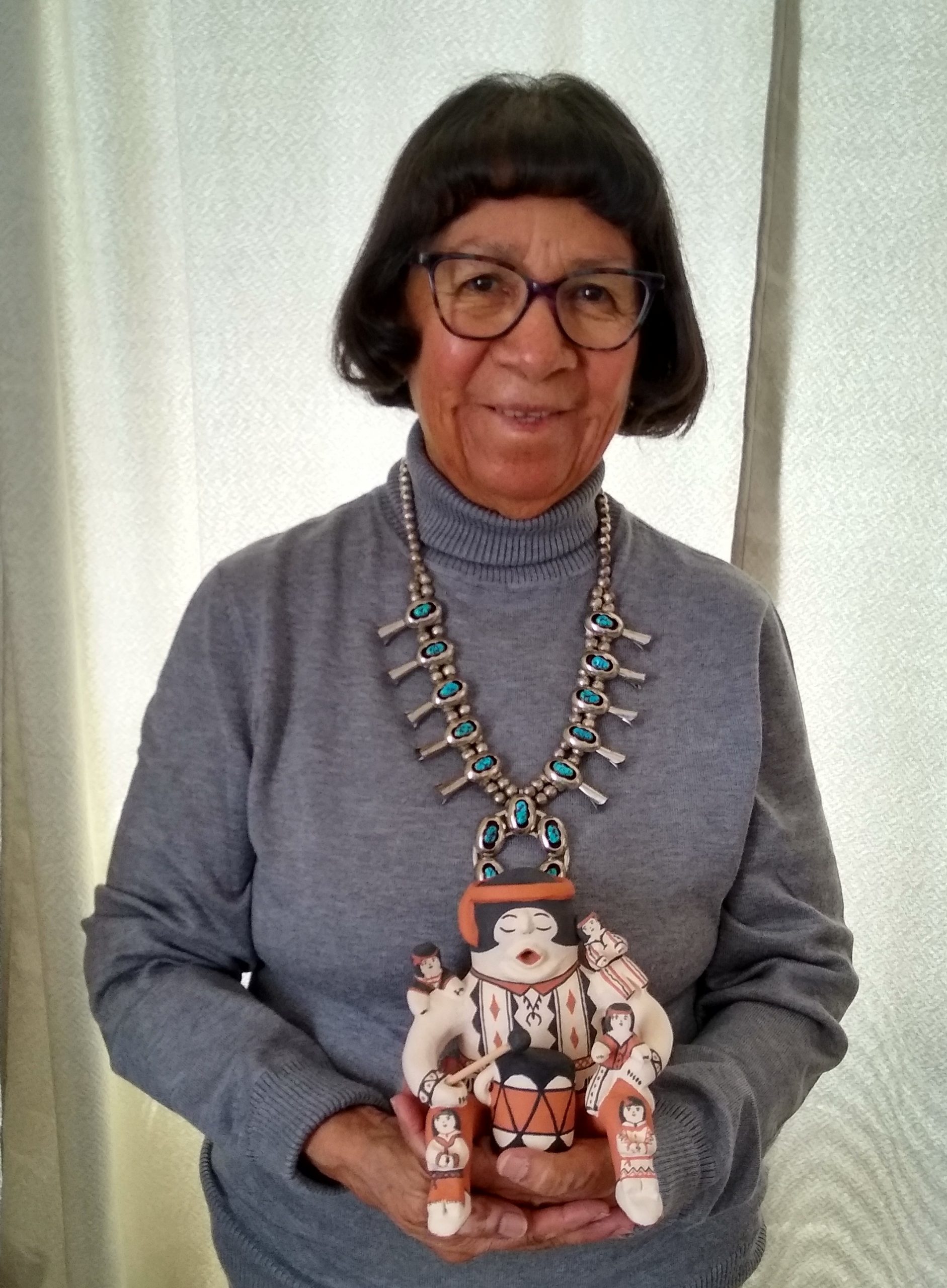 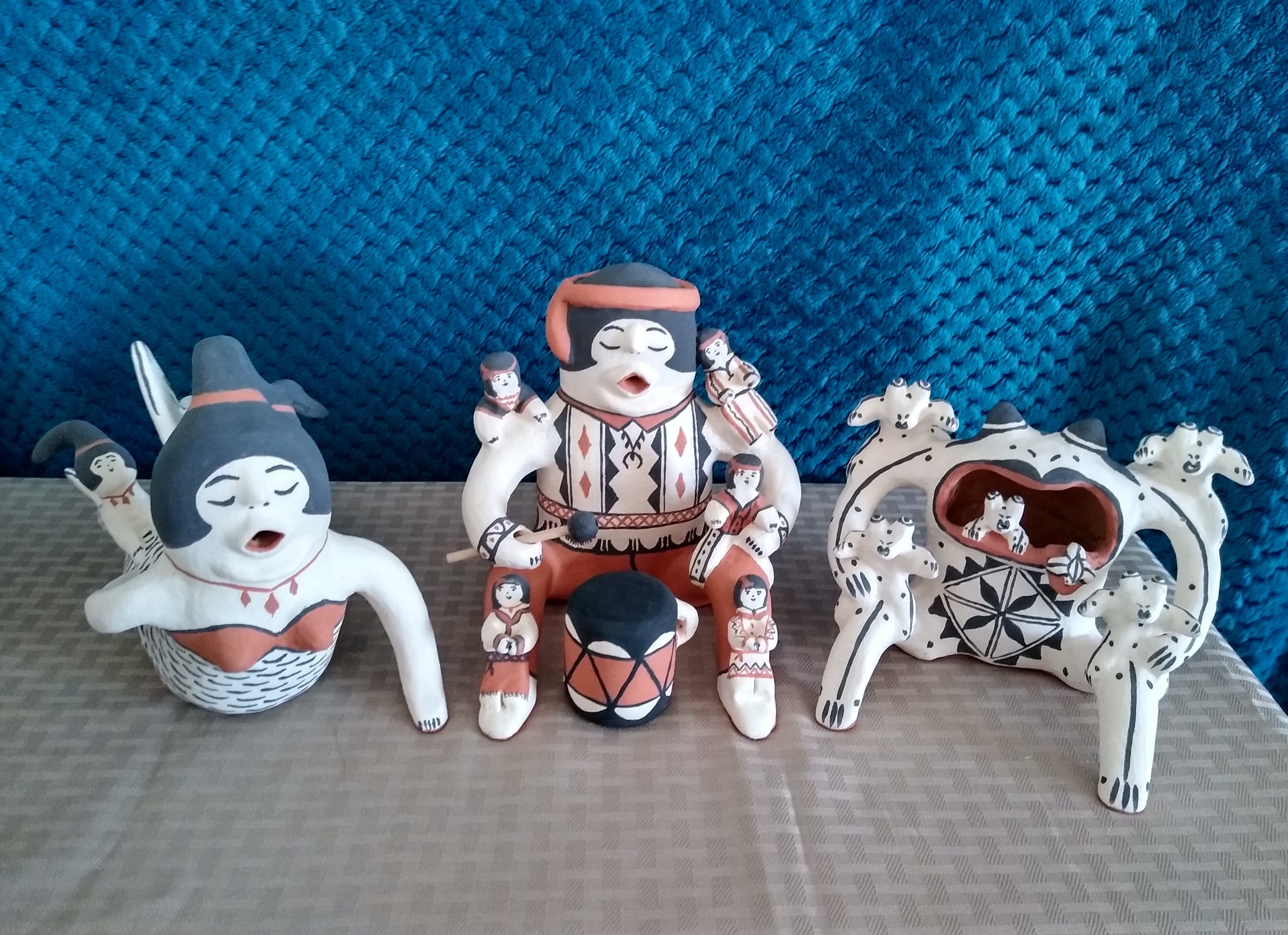 Martha Arquero, (maiden name Cordero), was born and raised in Cochiti Pueblo, and is the daughter of well-known potter Damacia Cordero. Two of the three sisters that Martha had also made pottery, Josephine Arquero, and Marie Laweka. Martha has three children, one son, two daughters, ten grandchildren and two great grandchildren, plus one on the way. She is always encouraging her family to take up the art of pottery making. All of whom have their own artistic talents ranging from drawing, painting, sewing, weaving, and leatherwork.

Damacia showed Martha and her sisters where to find the clay, sand, what kind of plants to use for paint, and how to prepare it. She taught them how to mix the clay and sand to achieve just the right texture perfect for molding and sculpting into shapes. Damacia made and sold her pottery for over 70 years. Over the many years Martha, watched her mother make pottery and assisted her in the gathering of clay and materials, and with the outdoor firing process.

In Martha’s early thirties, she began her first attempt at making pottery with her mother, Damacia. Martha spent many days and nights making and painting her pottery, and fondly remembers what her mother would say to her during times when she felt discouraged, “Mother always said, the more you make the better you get”. Over the years Martha has become an outstanding potter who has been making pottery for over 40 years. She is a well-known artist and has been included in many books. She enjoys meeting tourists and the people who buy her work.

Martha makes a variety of pottery, from traditional storytellers and nativity scenes to playful characters and comic book heros. Her whimsical mermaids are one of her most popular items, as well as her storyteller frogs. People often ask her to make special characters, she always replies happily “show me a picture and I’ll try”, and that’s how her series of comic book hero’s was launched. Today, she continues to work diligently on her pottery, creating amazing pieces of art.

IFAM thanks the Museum of Indian Arts and Culture for nominating Martha to join the 2021 Santa Fe Market.