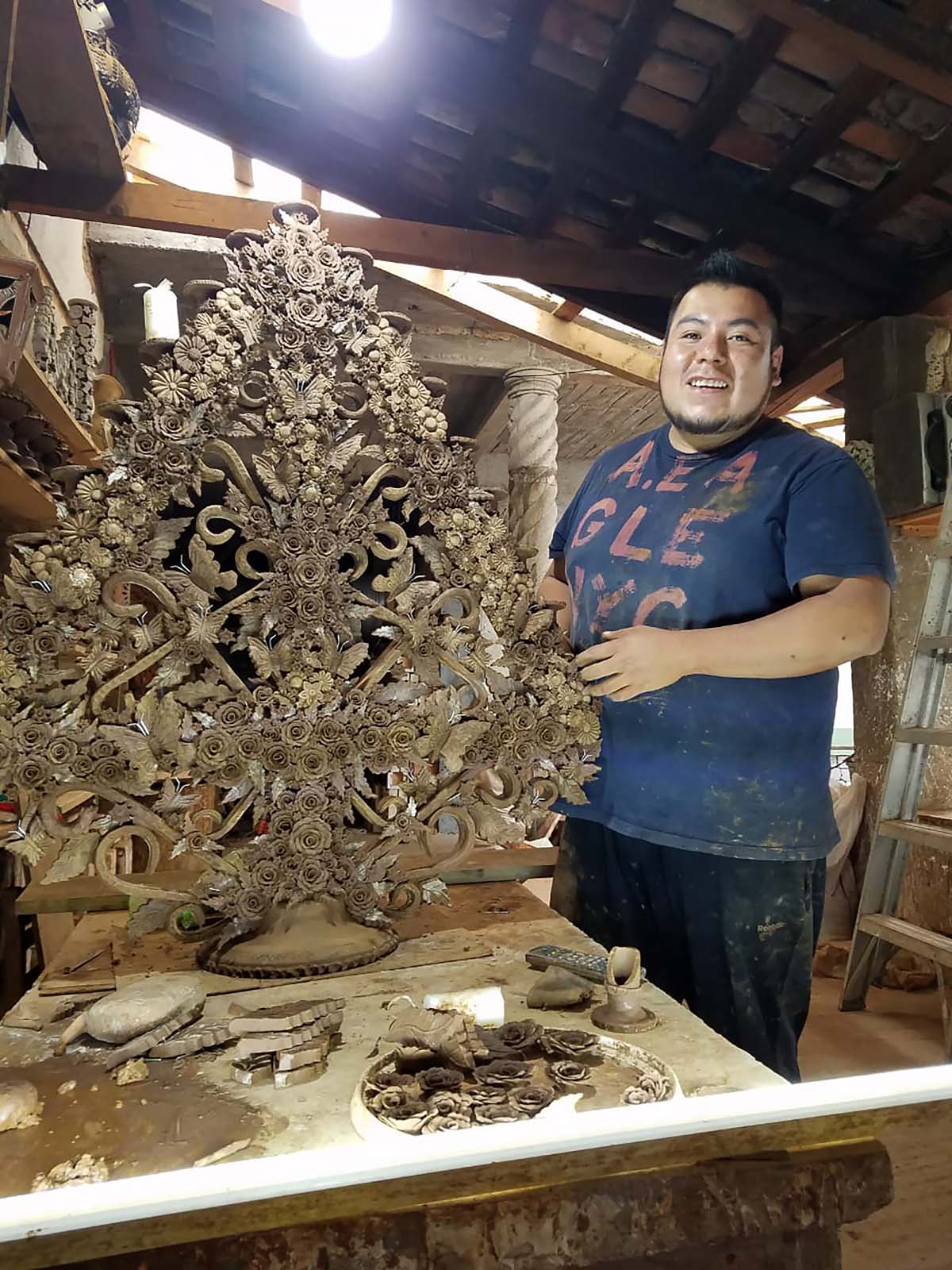 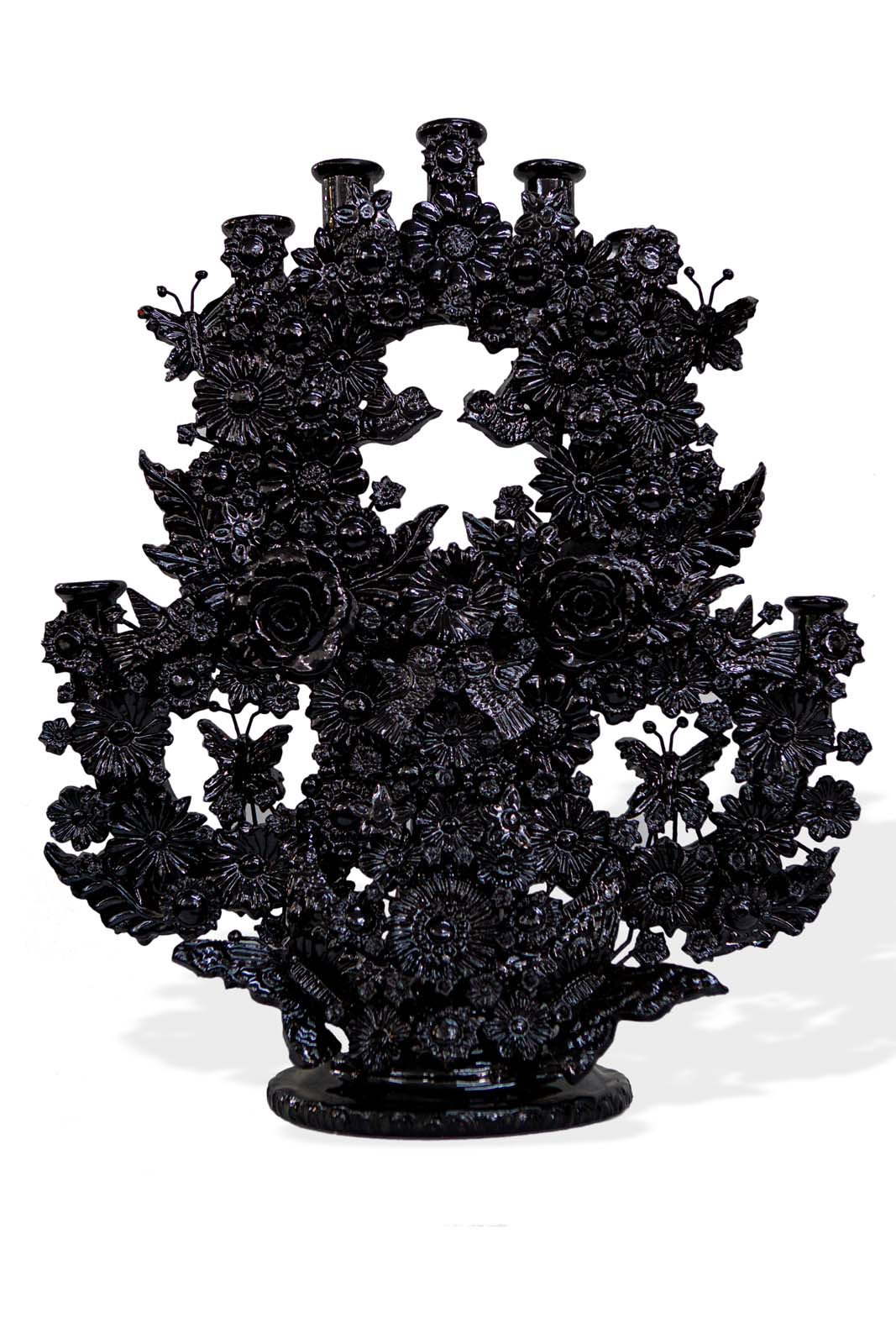 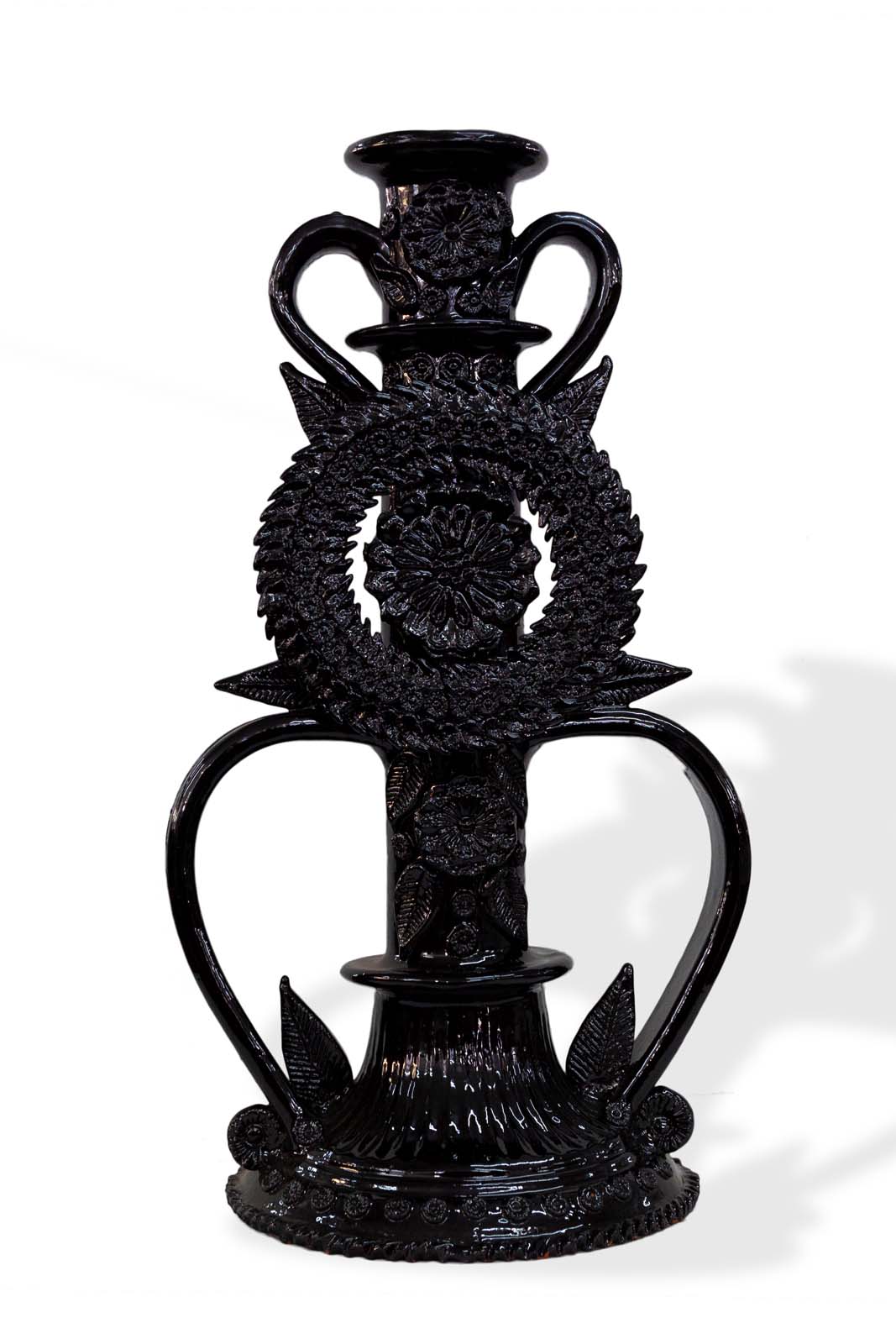 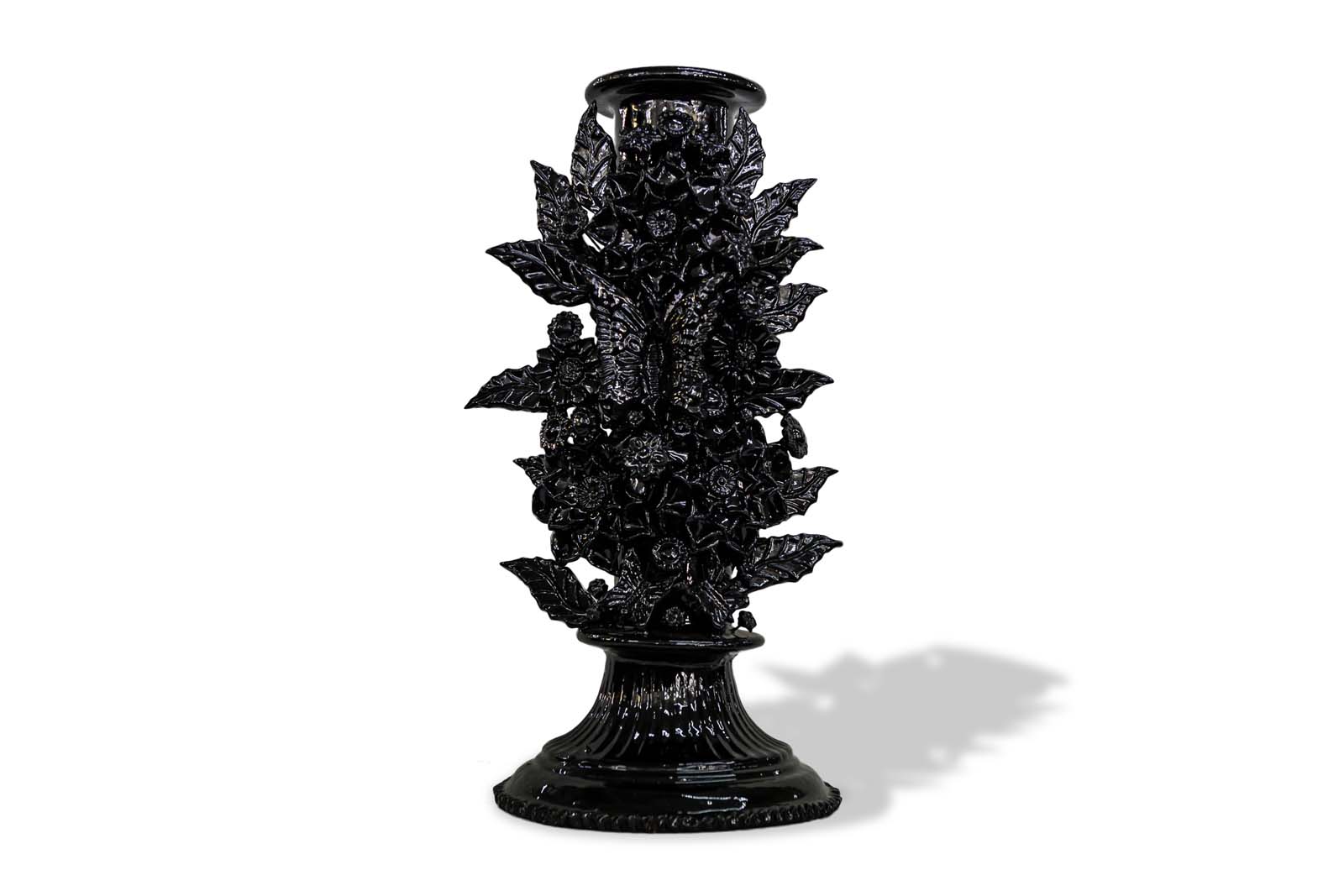 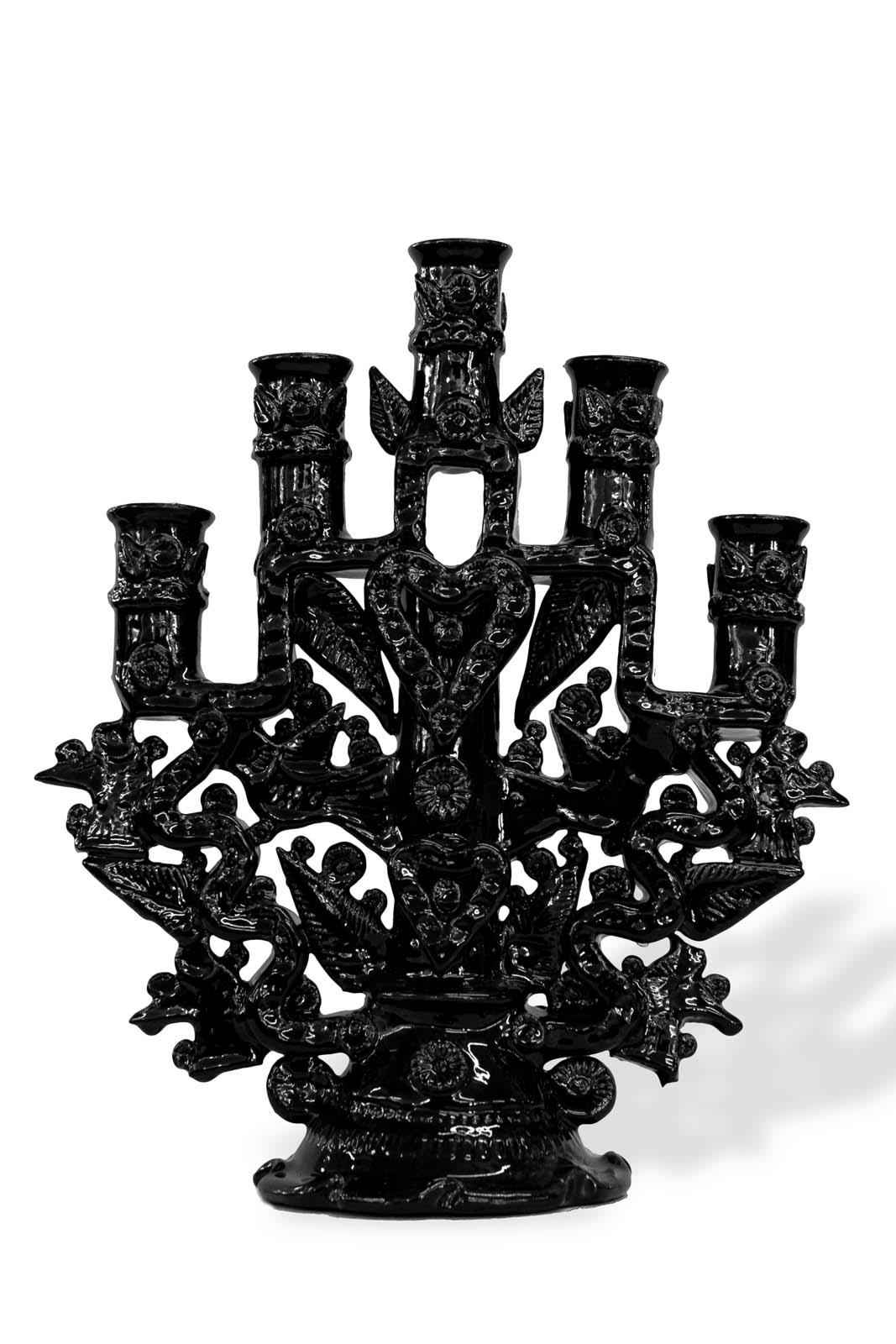 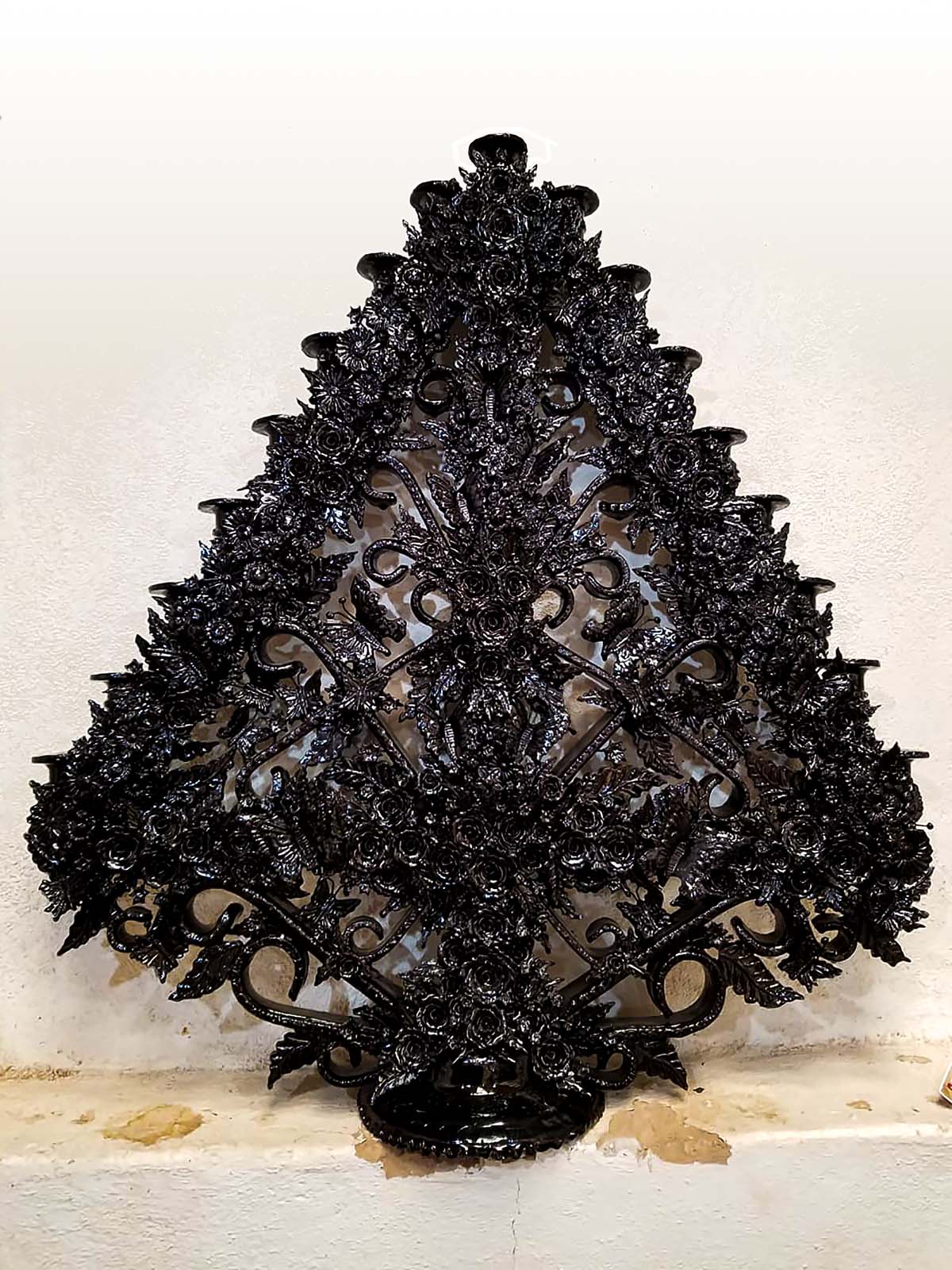 Santa Fe de la Laguna is a small community in Michoacán known as a center of preservation for the culture and customs of the Purépecha people. One of these is the tradition of high-glaze black ceramics, a folk art passed down from generation to generation. Two generations of the family of master potter Manuel Jerónimo Reyes continue the work of their forebears in the creation of candelabras, which are commonly used in home altars, rituals, and celebrations.

Two types of clay, white and red, are collected by family members from two different mines within the community. The clay is dried in the sun for up to two weeks then ground with a rock or pipe into a powder to which water is added. The mixture is then kneaded to the proper consistency. Molds, some of which have been used for generations, are used for the bases of the candelabras and round wooden sticks are used as forms to make the candle holders. For decorations, molds of flowers, leaves, butterflies, doves, and fish are used. Volcanic stones are used to smooth the clay before the first firing, done in a traditional wood-fired kiln for six to seven hours. Glaze, a mixture of cobalt oxide, copper, and magnesium, is then applied and the candelabras are again fired at 850 degrees C for four to five hours. No machinery is used in the process, it is all done by hand.

All of the work, including obtaining the materials, is shared within two generations of Manuel Jerónimo’s family with his son, José Manuel, and daughter-in-law, María Guadalupe Fabián Medina, who collaborate on the design and development of their pieces. The family’s works have been recognized with awards in Mexico’s National Ceramics Exhibition and invitations to The Mexican Grand Masters of Popular Art Market and Expo Tunich.