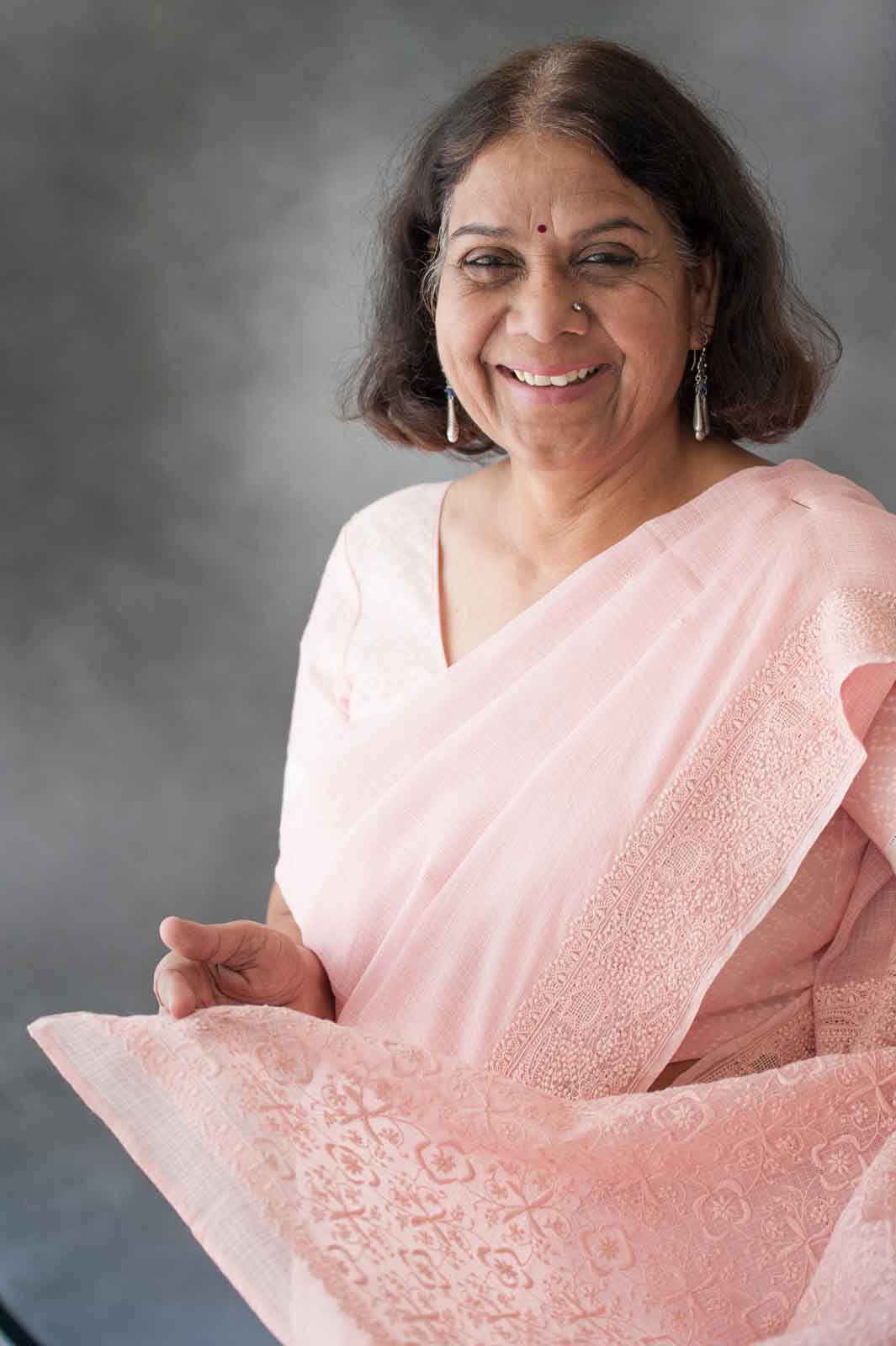 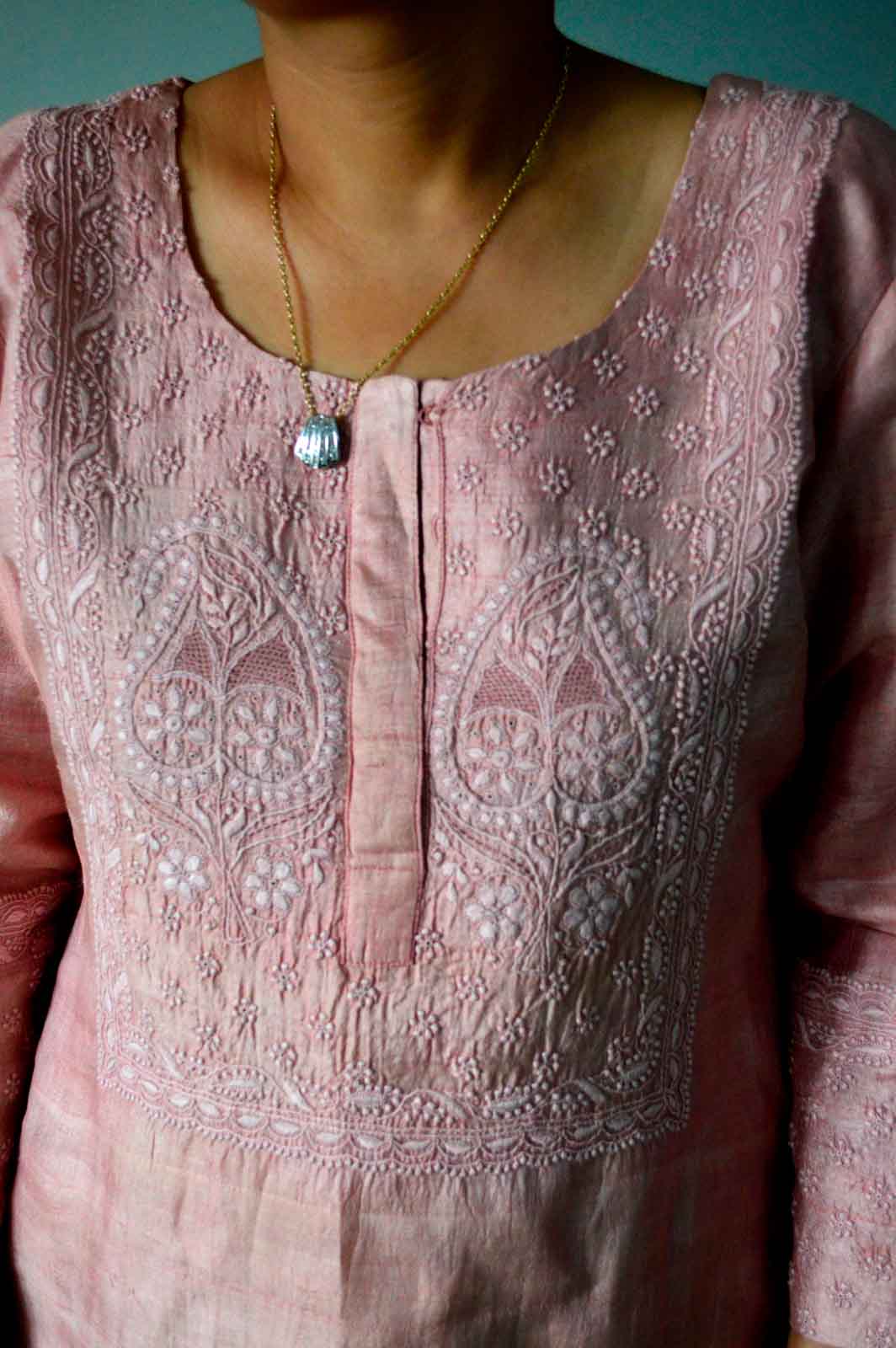 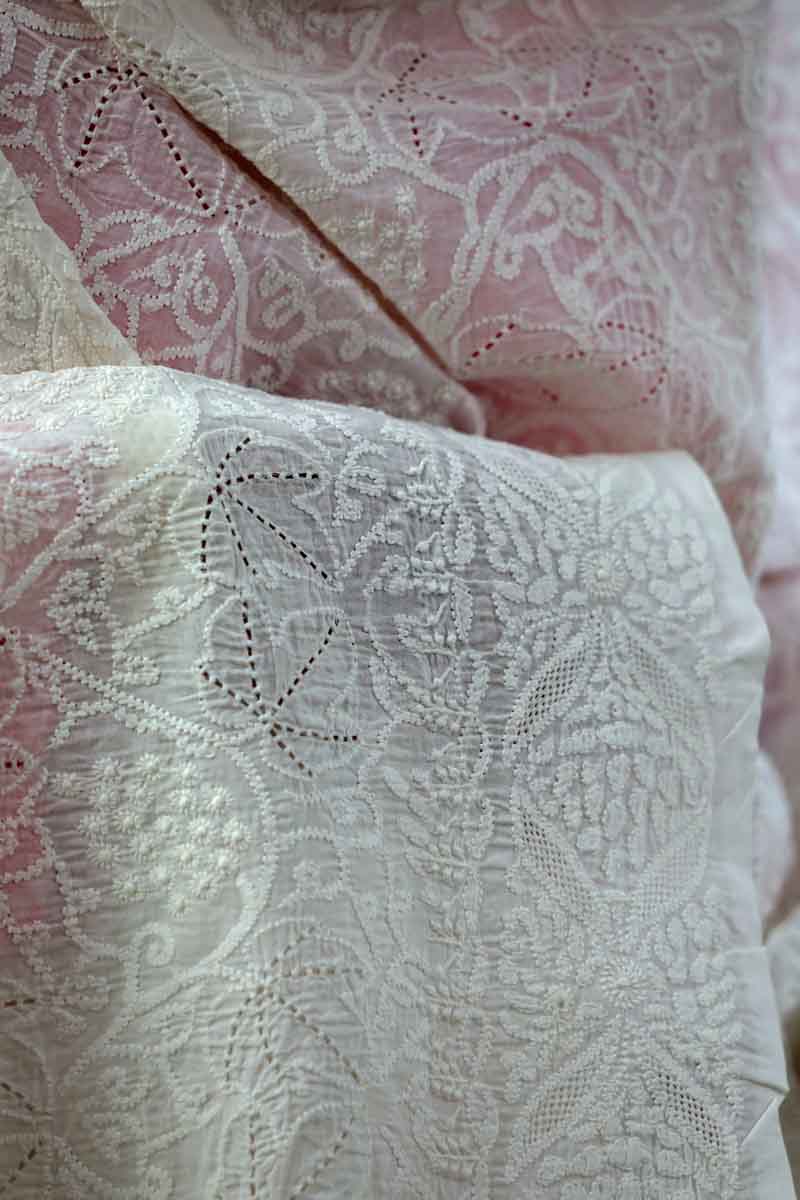 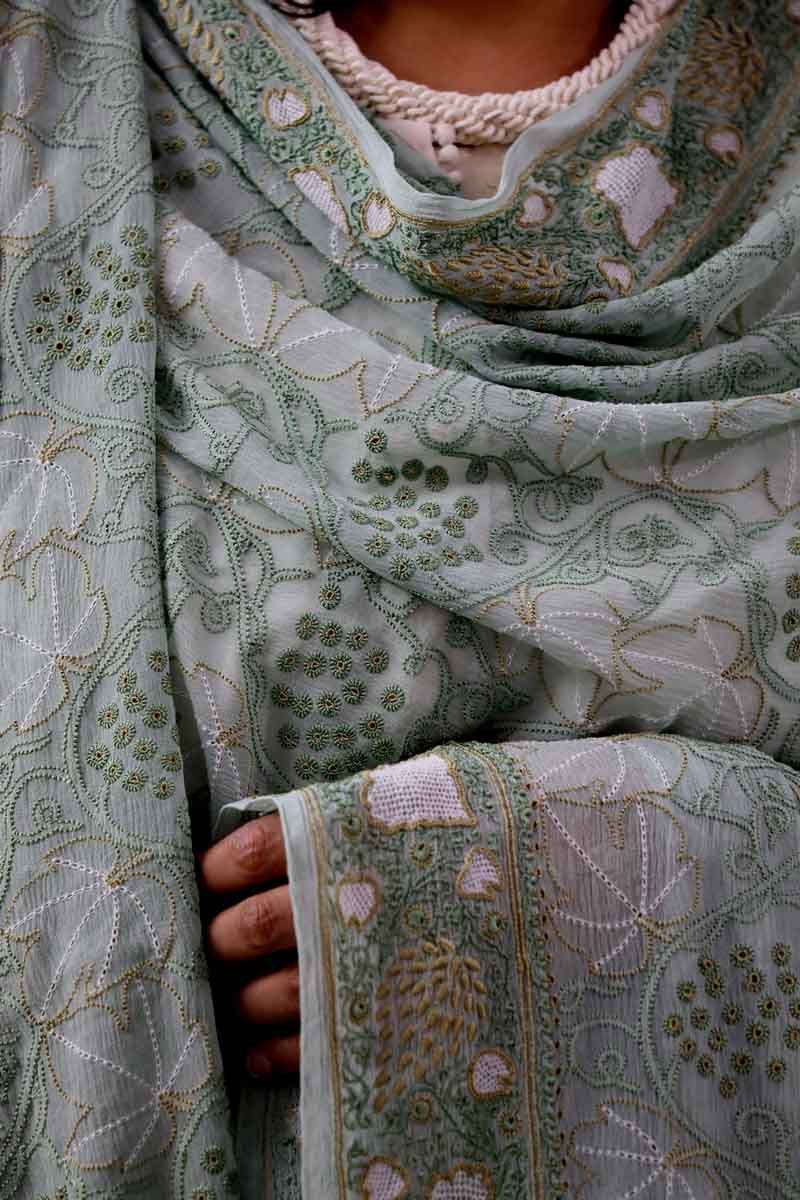 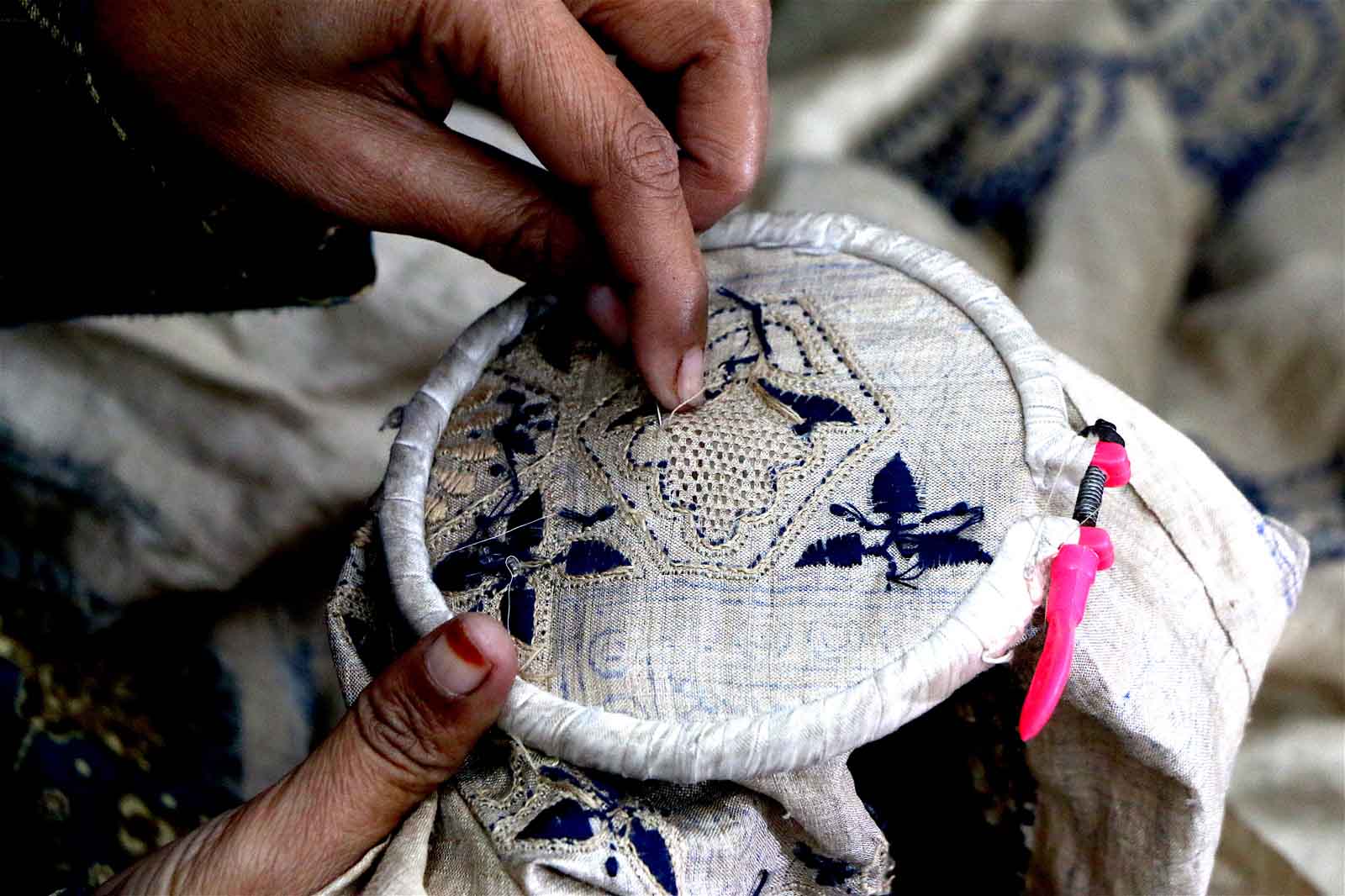 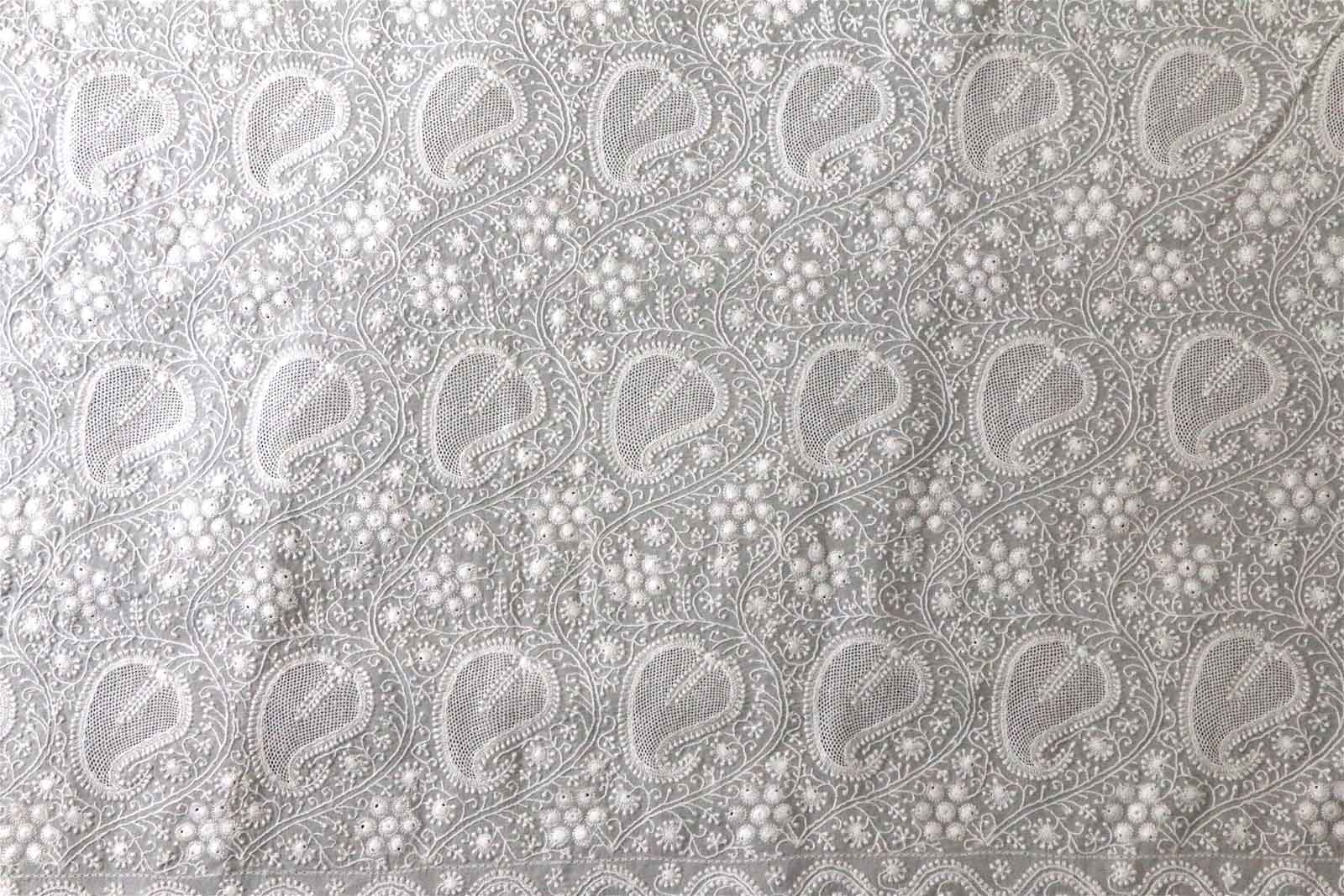 Master textile artisan Mamta Varma was born and raised in Lucknow, India, the traditional home of fine chikan textiles. Varma’s passion for every kind of craft and embroidery comes from her mother and aunt, who were both knitters and embroiderers. Though Varma did not initially set out to be an artist, she began making hand-embroidered children’s clothing, and later a variety of embroidered goods, as a means of bringing in extra income during a time of financial hardship.

Chikankari has been one of the most fascinating success stories of women’s empowerment in India. In 1998, Varma opened Bhairvis Chikan, a cooperative textile center to train and employ women and girls in the art of traditional chikan-style Indian embroidery. With an eye for meticulously crafted, high-quality items, Varma has been able to provide dozens of regional women with a means of supporting themselves and their families. Textiles created by Varma and her team include elaborately designed, yet functional goods such as delicately embroidered household linens, natural silk shawls and saris, and breezy, effortlessly wearable cotton garments.

Fabrics used are cotton mulmul, different varieties of silk, handwoven muslin, cotton silk, and wool. The promotion and preservation of hand-woven fabric is an integral part of Varma’s mission, and, together with Bhairvis Chikan’s artisans, she works tirelessly to bring it back into mainstream chikan textile goods. Varma says, “It gives my co-artists and me tremendous satisfaction and fulfillment to know that in our own small way we are doing our best to preserve the heritage of this city and our country.”