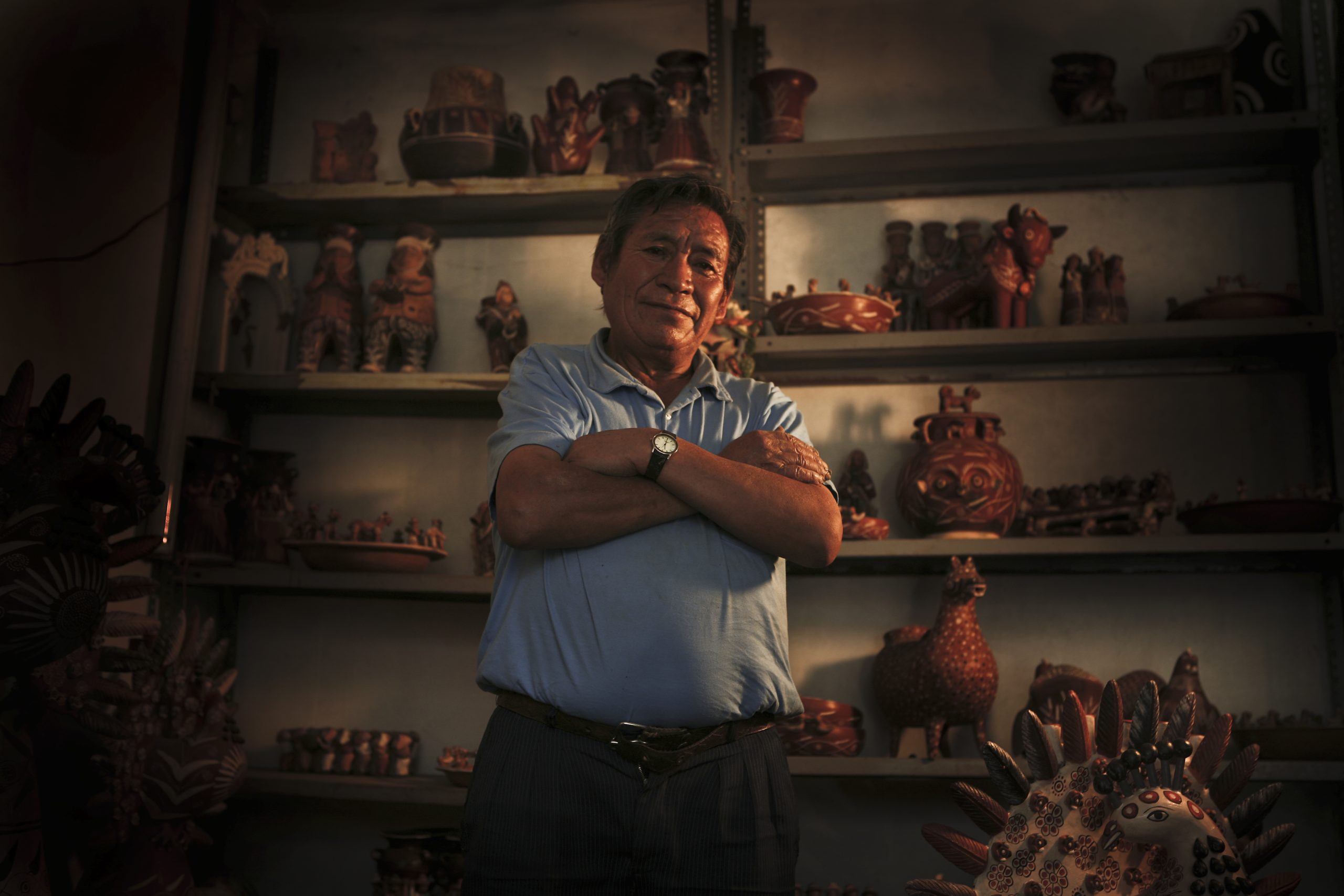 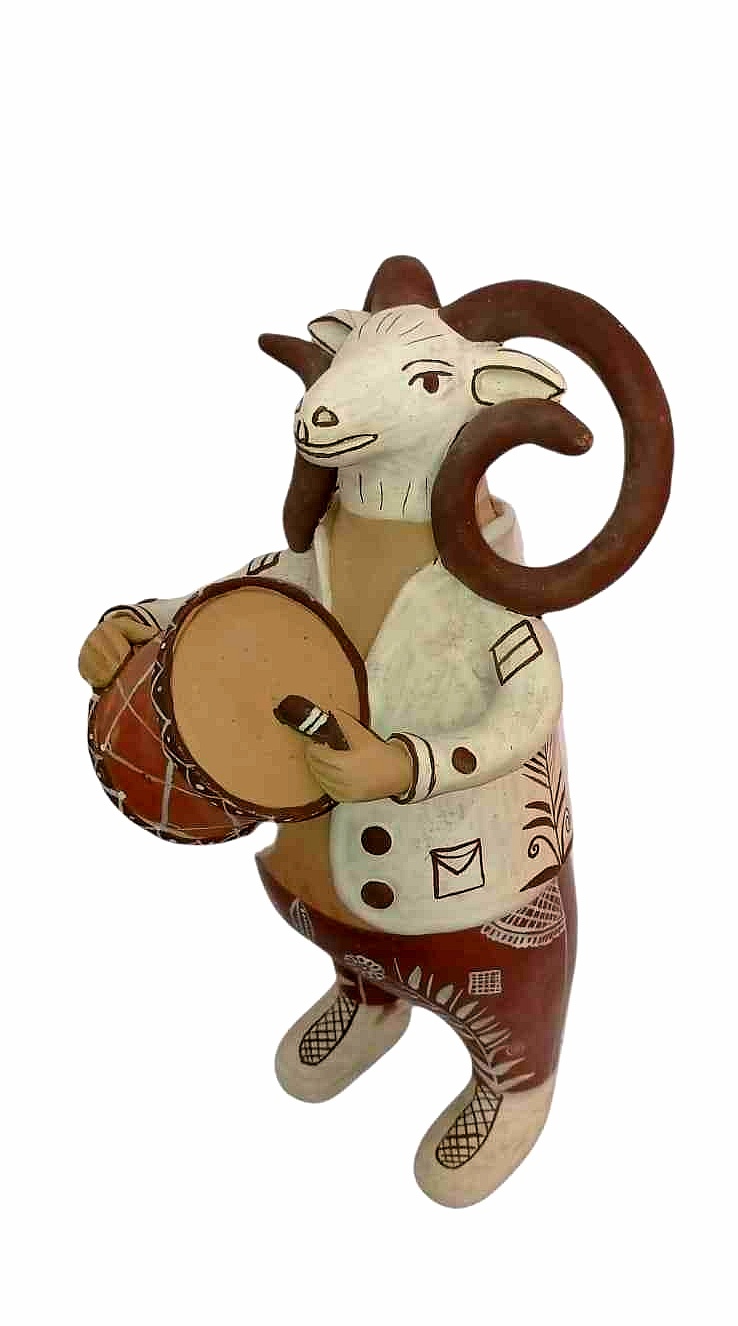 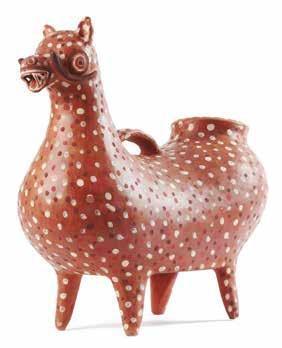 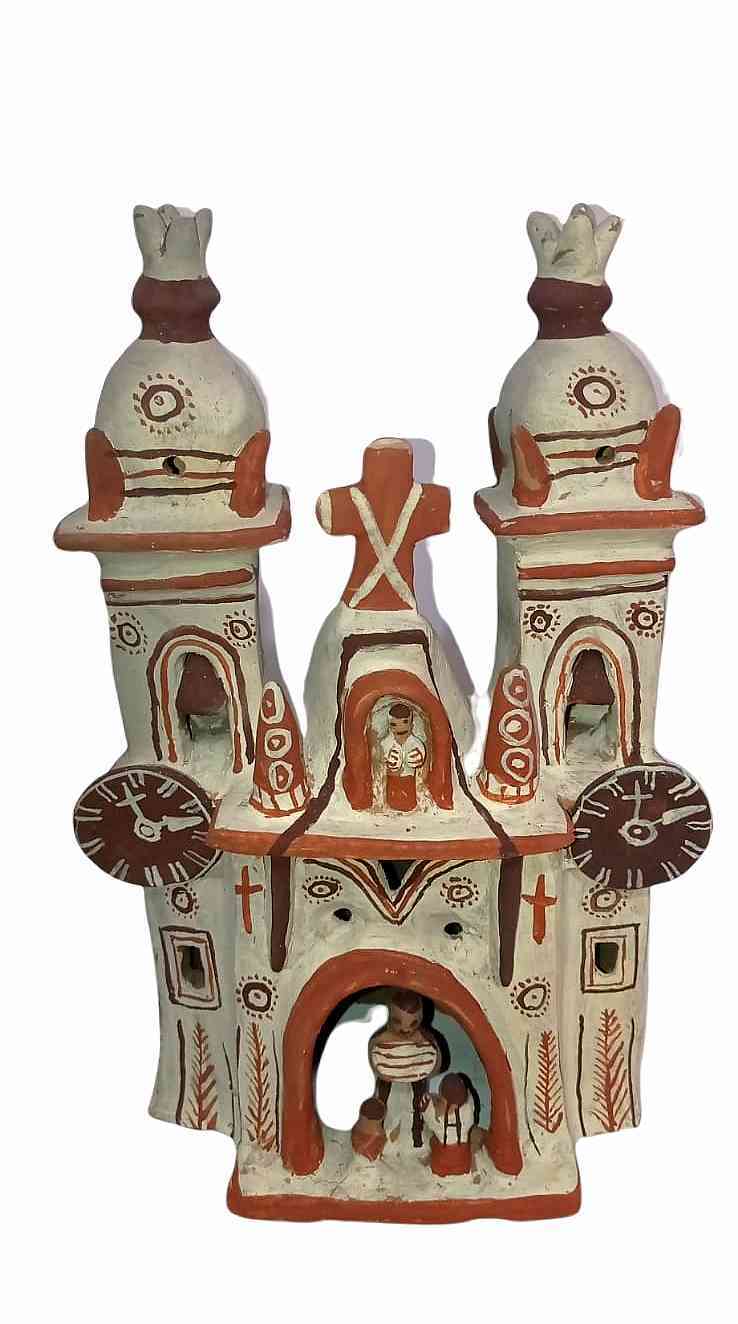 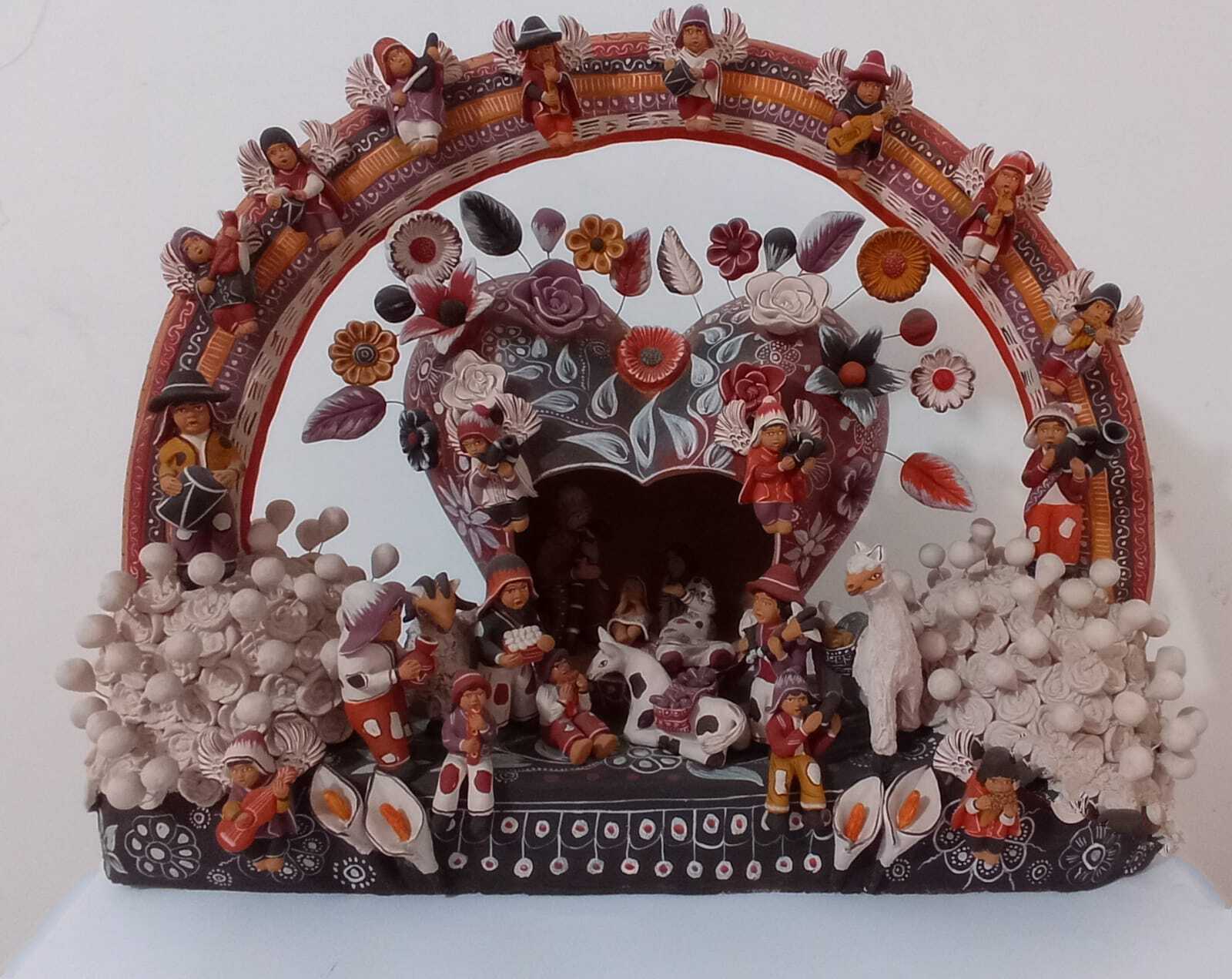 Mamerto Sanchez Cardenas has lived an extraordinary life. He was born in the Ayacucho region of the Peruvian Andes, an area that has been inhabited for thousands of years, with the earliest evidence of human activity discovered at the archaeological site of Piki Mach’ay dating back approximately 15,000 years. His more-than-60-year-long career as a folk artist began by learning to work with clay from his grandfather, who was taught by a local healer. He says his family was frowned upon because other people believed they were witches. Over time, Mamerto became known for the small clay musician figures he would make as gifts for bands that came to his hometown to perform during religious festivals. He began to capture scenes of everyday life in clay, garnering more attention, and people began to ask if they could buy his pieces. Institutions invited him to exhibit his work, and the income he earned from sales allowed him to build a house, and take care of his wife and children.

Working with his family, Mamerto’s ceramic sculptures depict ornamented animals, saints, religious scenes, and celebrations, and he still makes the musicians that gained him recognition. His pieces are colored with natural pigments and slips, fired at high heat, and burnished with river stones to achieve a smooth finish. Some of his objects are utilitarian in that they are used as ceremonial objects in the home. He says that, while some of the methods of production have changed with newer technologies, his artworks still adhere to the artistic heritage of his ancestors.

Mamerto now lives in the Ate-Vitarte district in Lima, Peru, where he teaches the ceramic practices of his ancestors to young people, including two of his children. He says his students are perpetuating traditional art, and their practice has become their livelihood through which they can economically support their families.