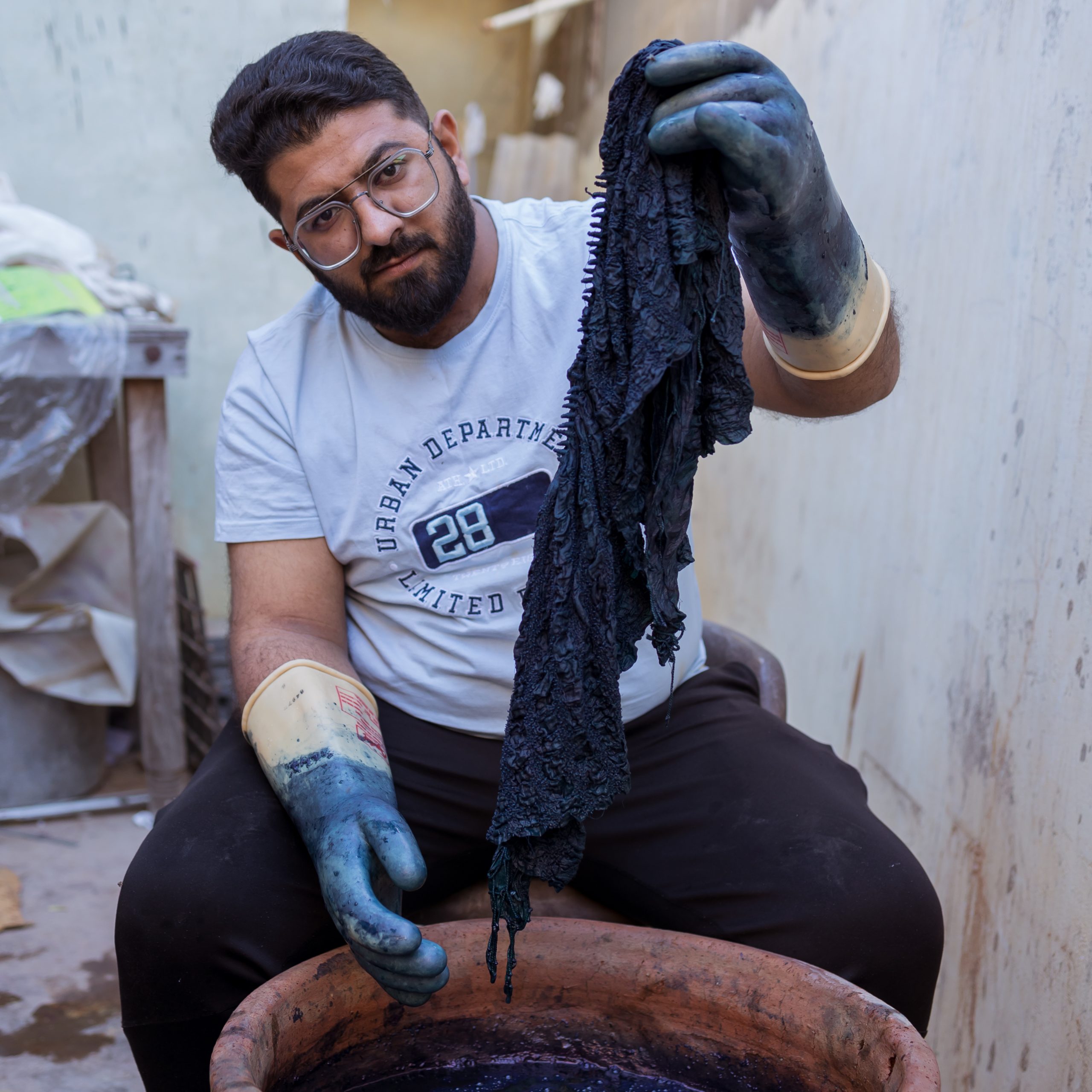 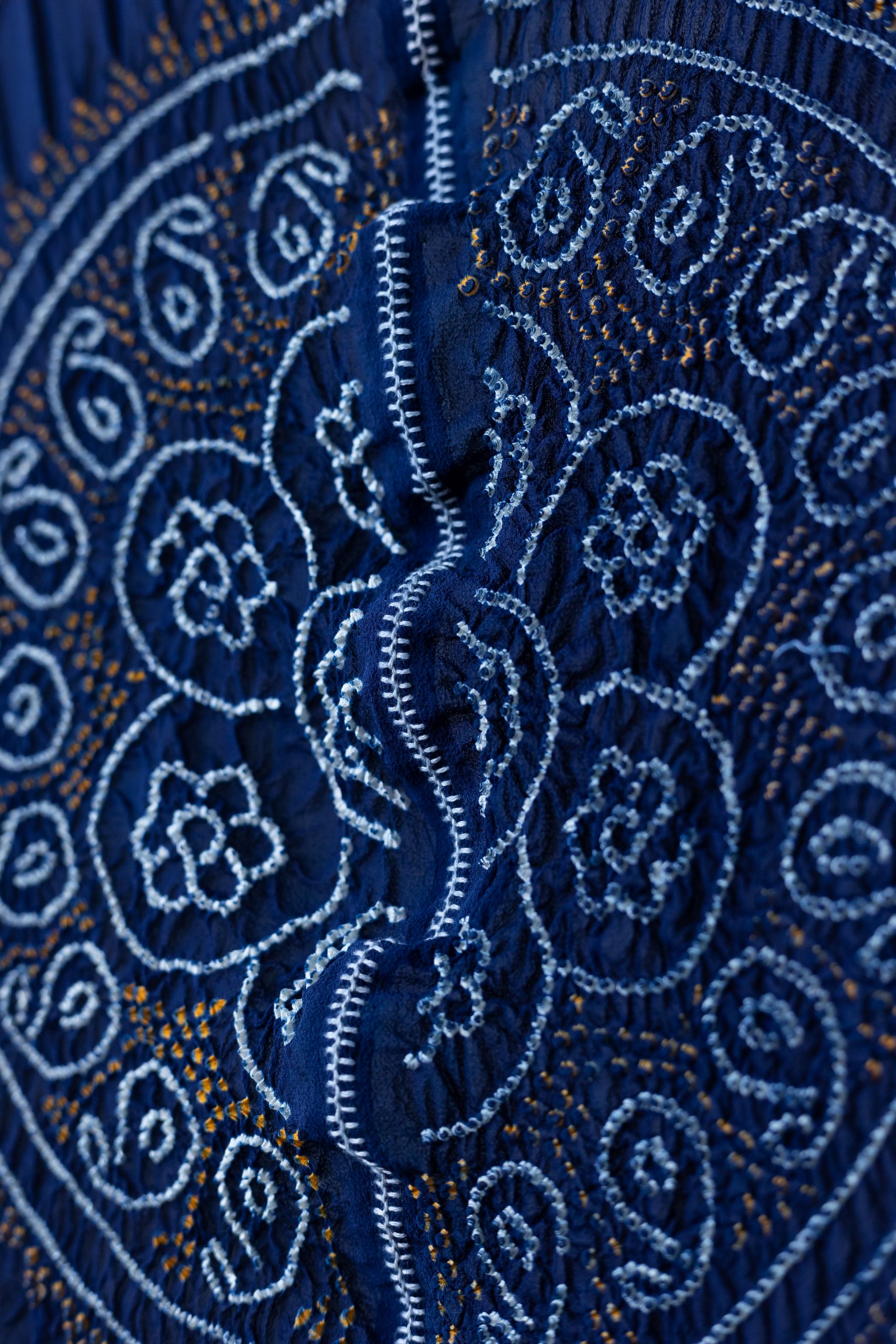 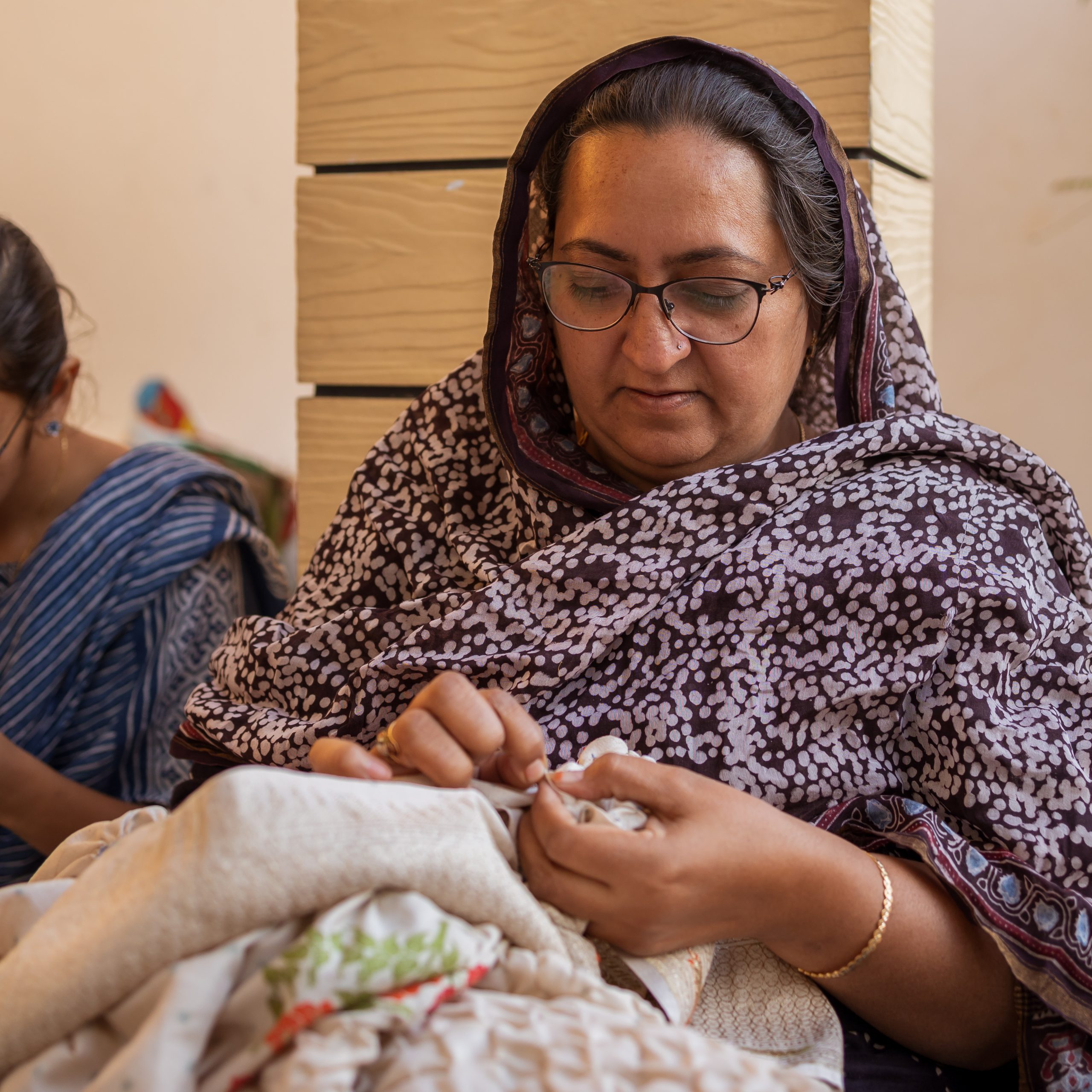 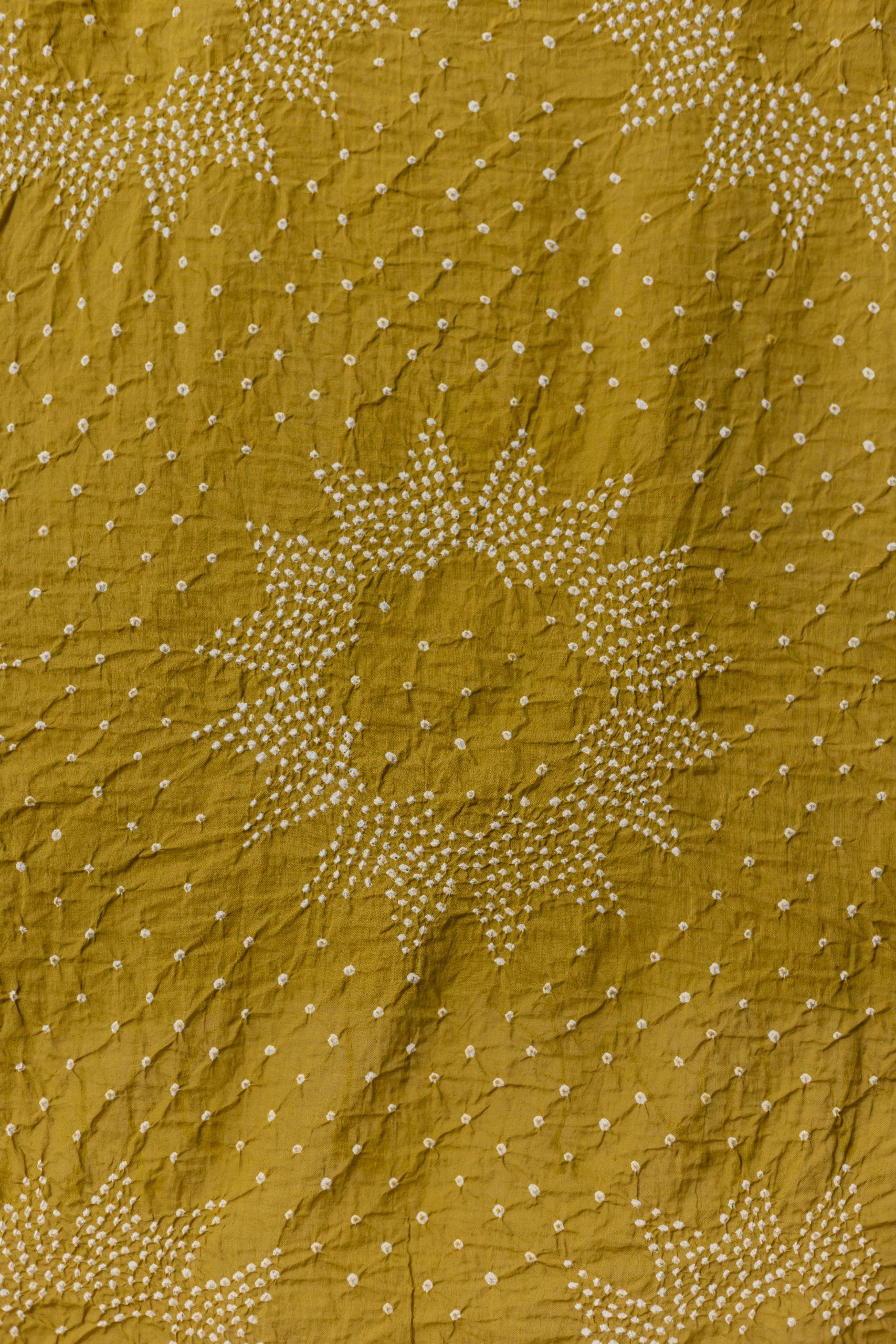 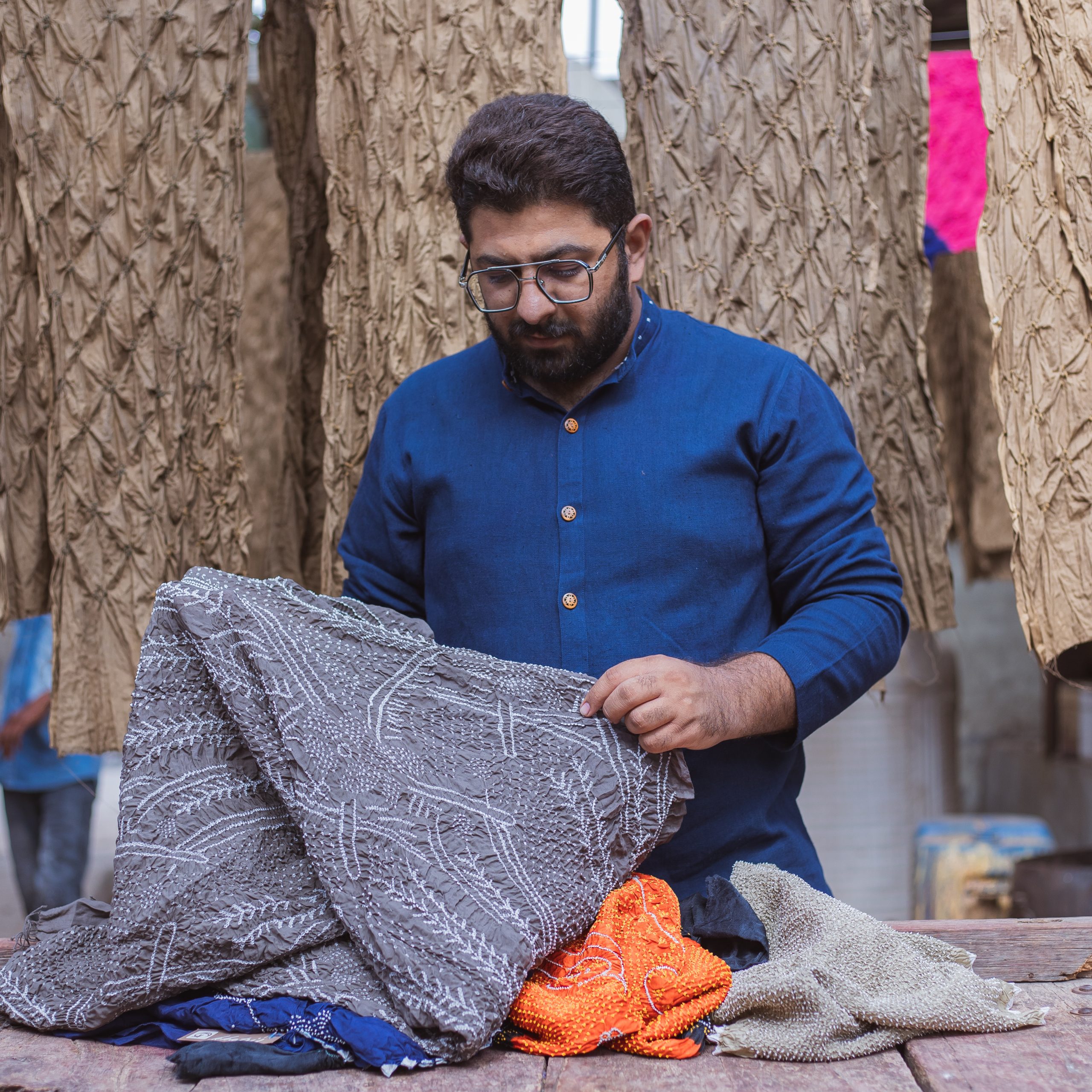 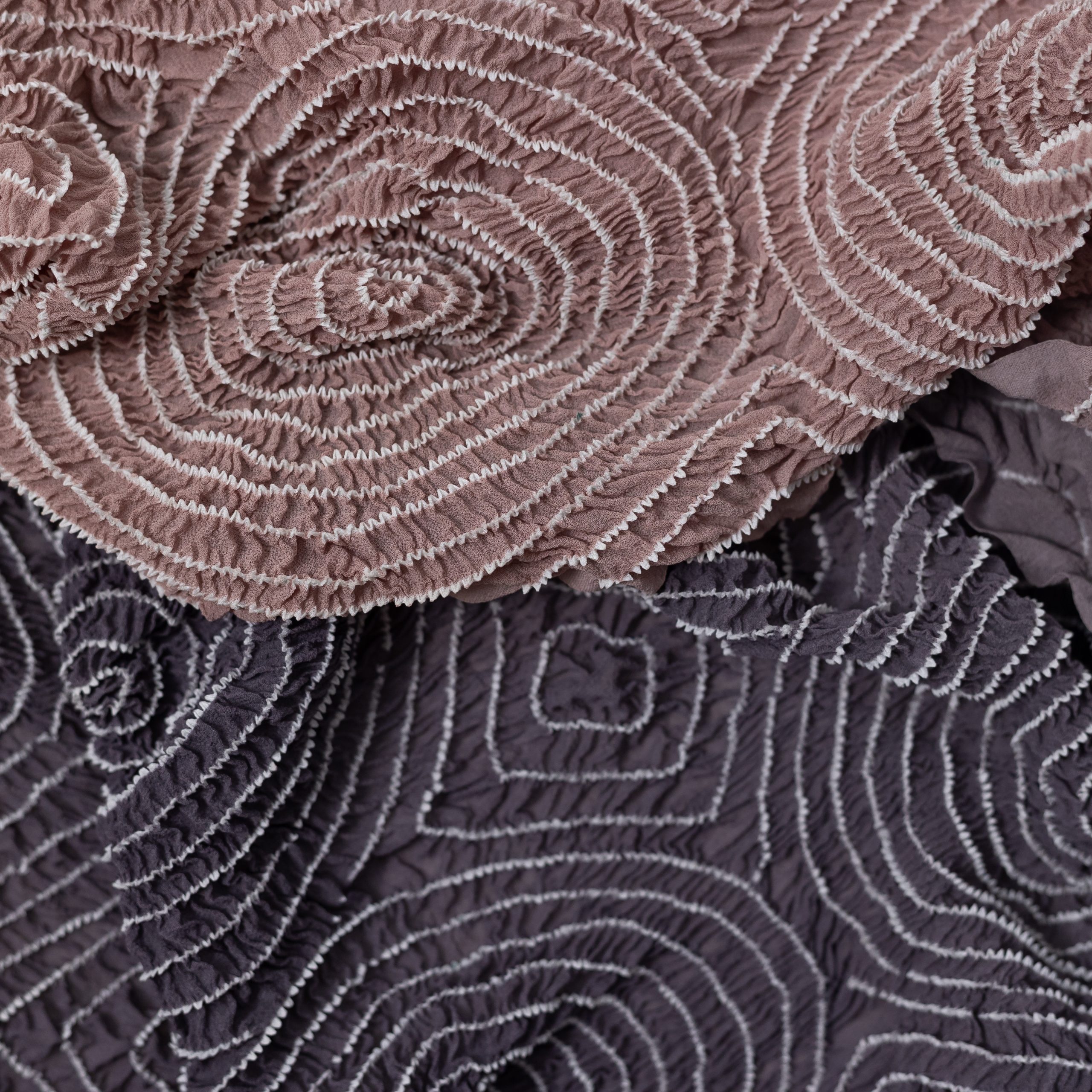 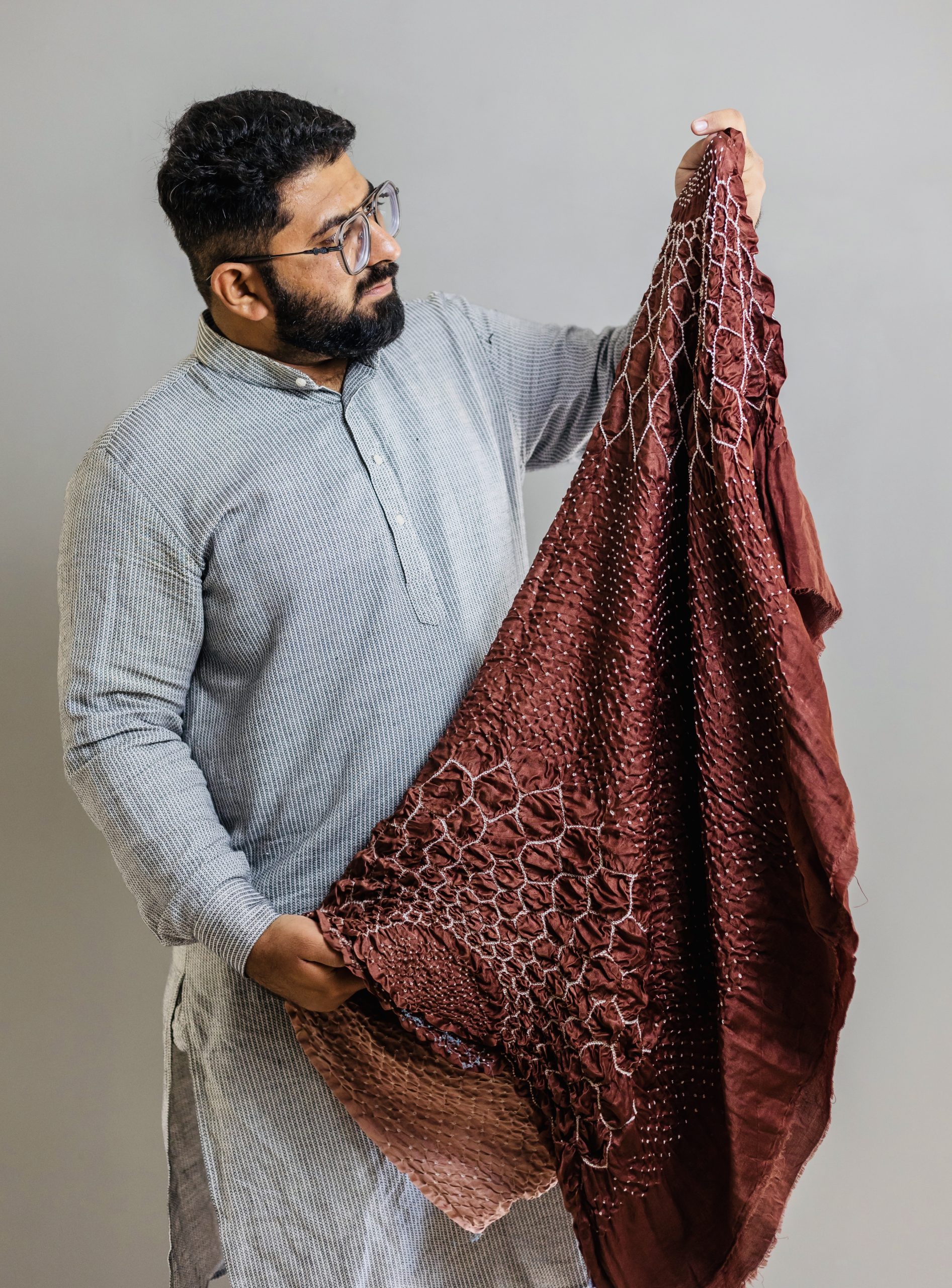 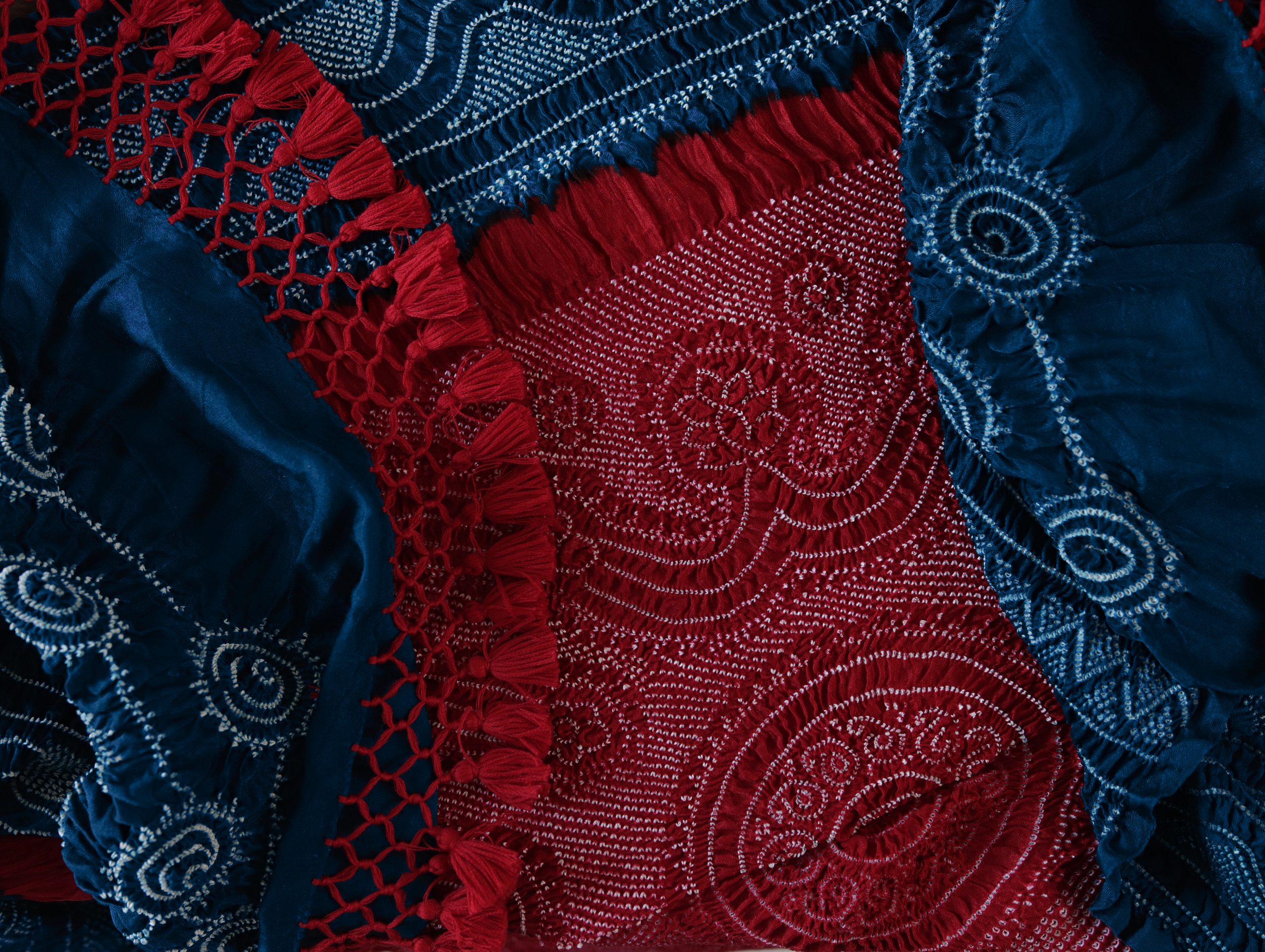 Bandhani is a type of tie-dyed textile developed by the Indus Valley Civilization of South Asia thousands of years ago. For generations, the creation of bandhani textiles was a slow process, a product of leisure and care. Traditionally, women pinch and tie hundreds of small threaded knots in a piece of fabric that is given to men to be dyed and finished. The knots act as a resist against the dye, and the process results in intricate patterns of dots. In the 1950s, bandhani was commercialized. The establishment of textile factories in India sped up the process and lowered its cost, which made it difficult for traditional makers to compete. The craft lost the finesse and intricacy that had once been its hallmark.

Fahd Khatri and his brother, Gulamhusen, are part of a maker tradition that goes back at least ten generations in their family. Feeling a sense of responsibility and ownership of his heritage as a craftsman, Khatri devoted himself to reviving traditional bhandani in 2014. His goal was, “to bring back some of the pride and magic the bandhani textiles of the past used to carry,” through refocusing on the slow, intricate, manual practices that made it so special in the past. Khatri pays about 360 women from nearby villages to tie knots for his bandhani garments. The stoles, shawls, and scarves Fahd and his collaborators produce are adorned in abstract vegetal patterns, paisleys, and contemporary designs derived from Ottoman geometries and Islamic architectural motifs.

“I want to make textiles that are enduring in the message they carry,” Khatri says. “A story about the craft that is many centuries old, a story of the hand-skill of a woman artisan nurtured after many years of careful practice, and a story of the bandhani textile carrying a memory of time.”