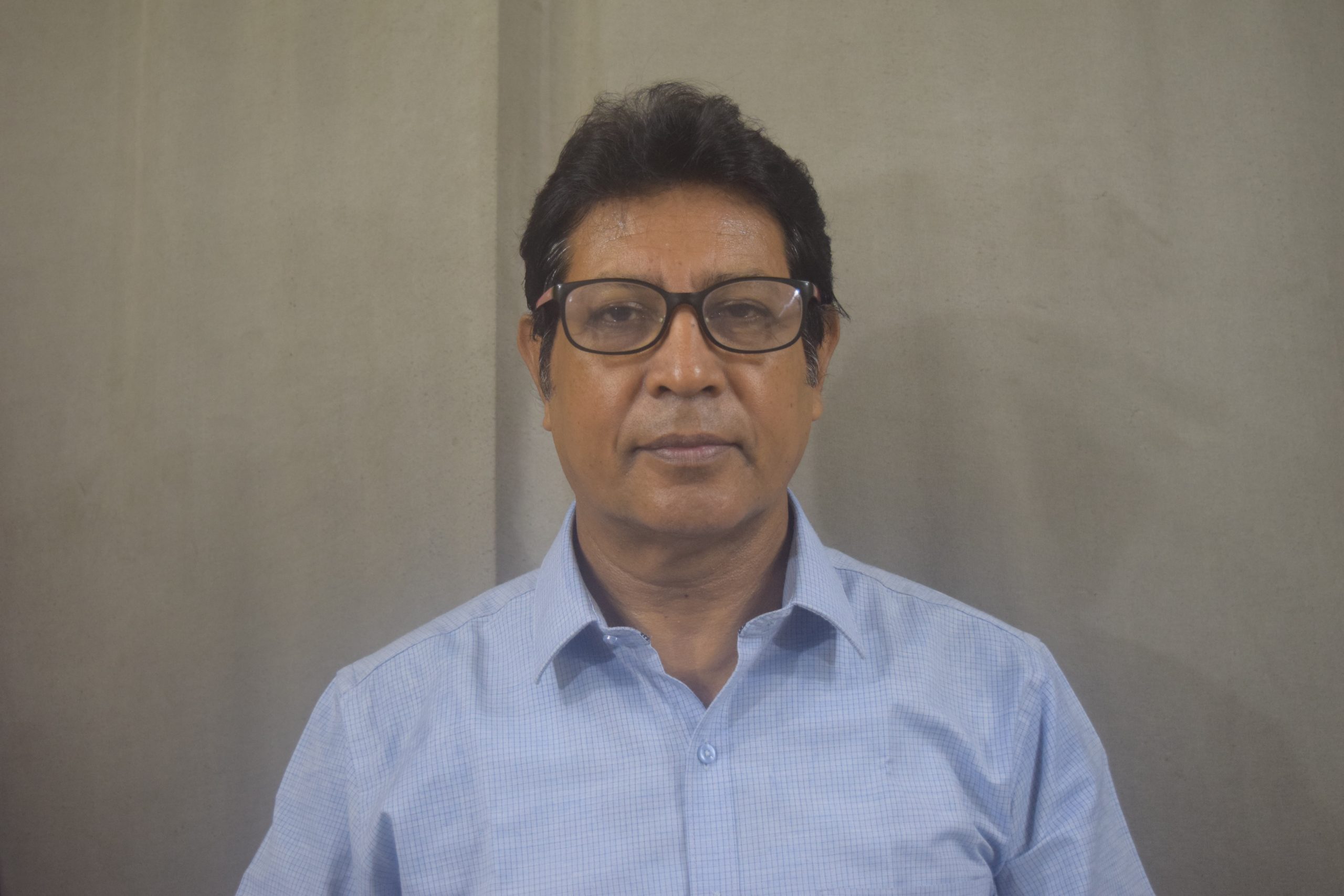 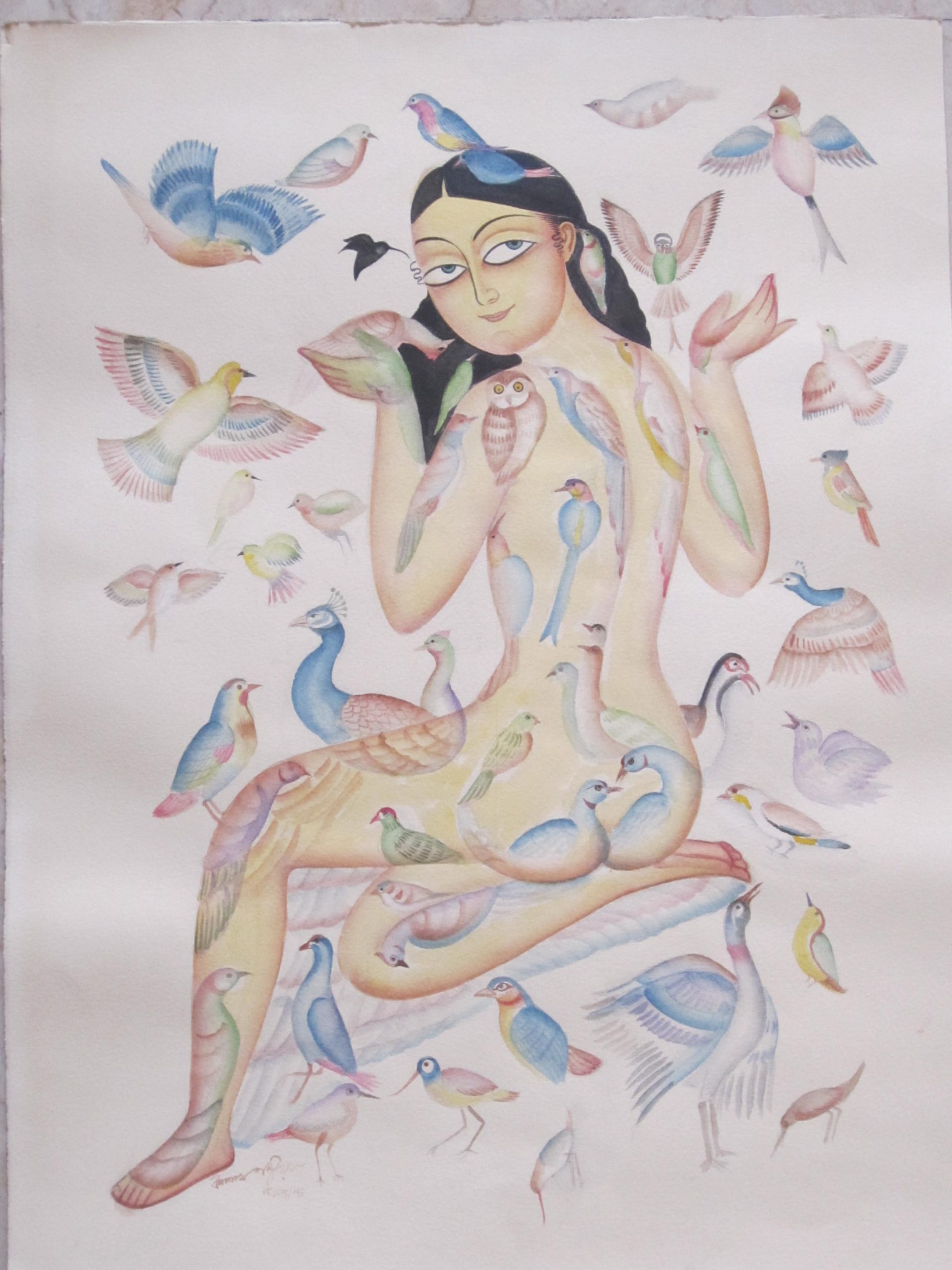 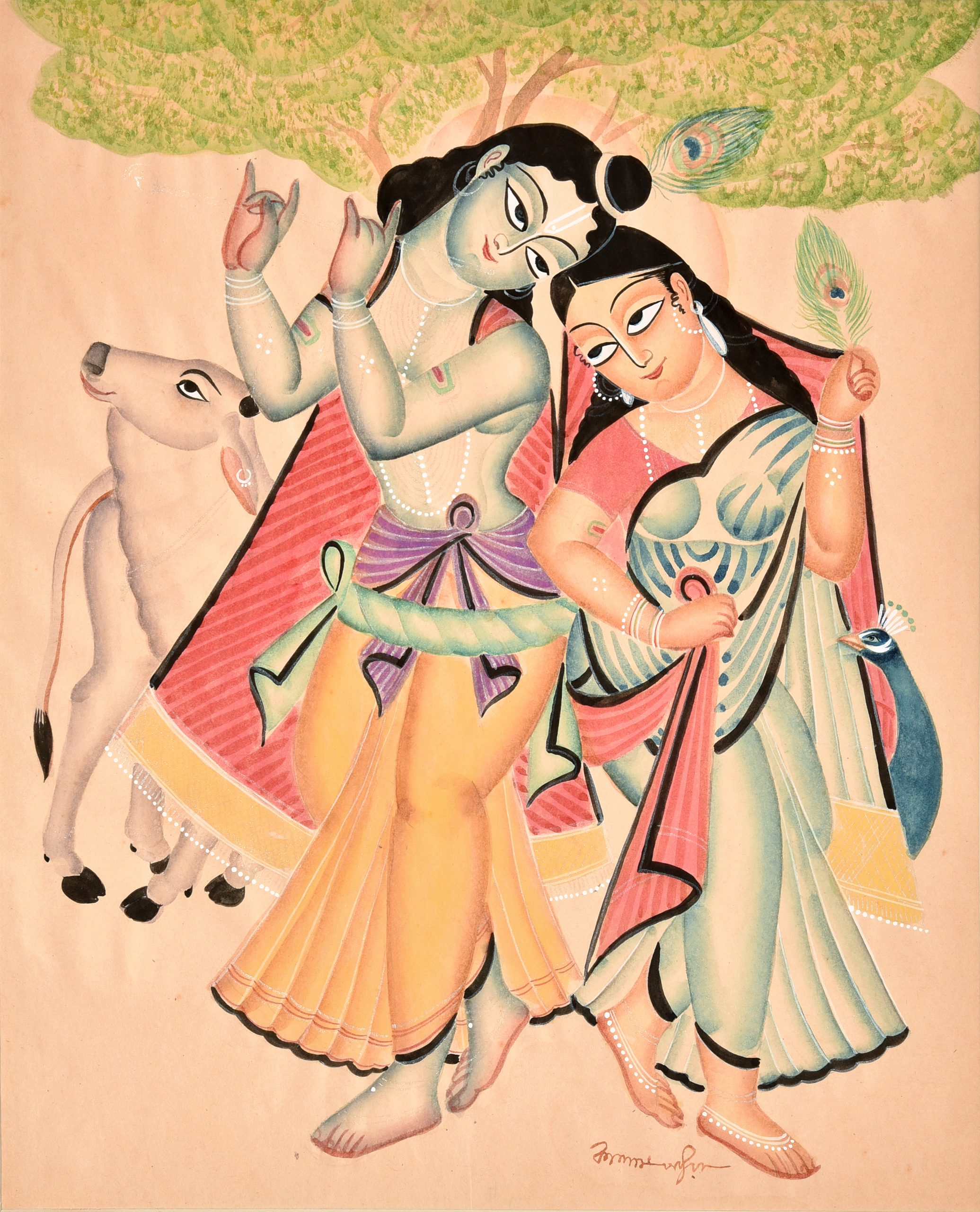 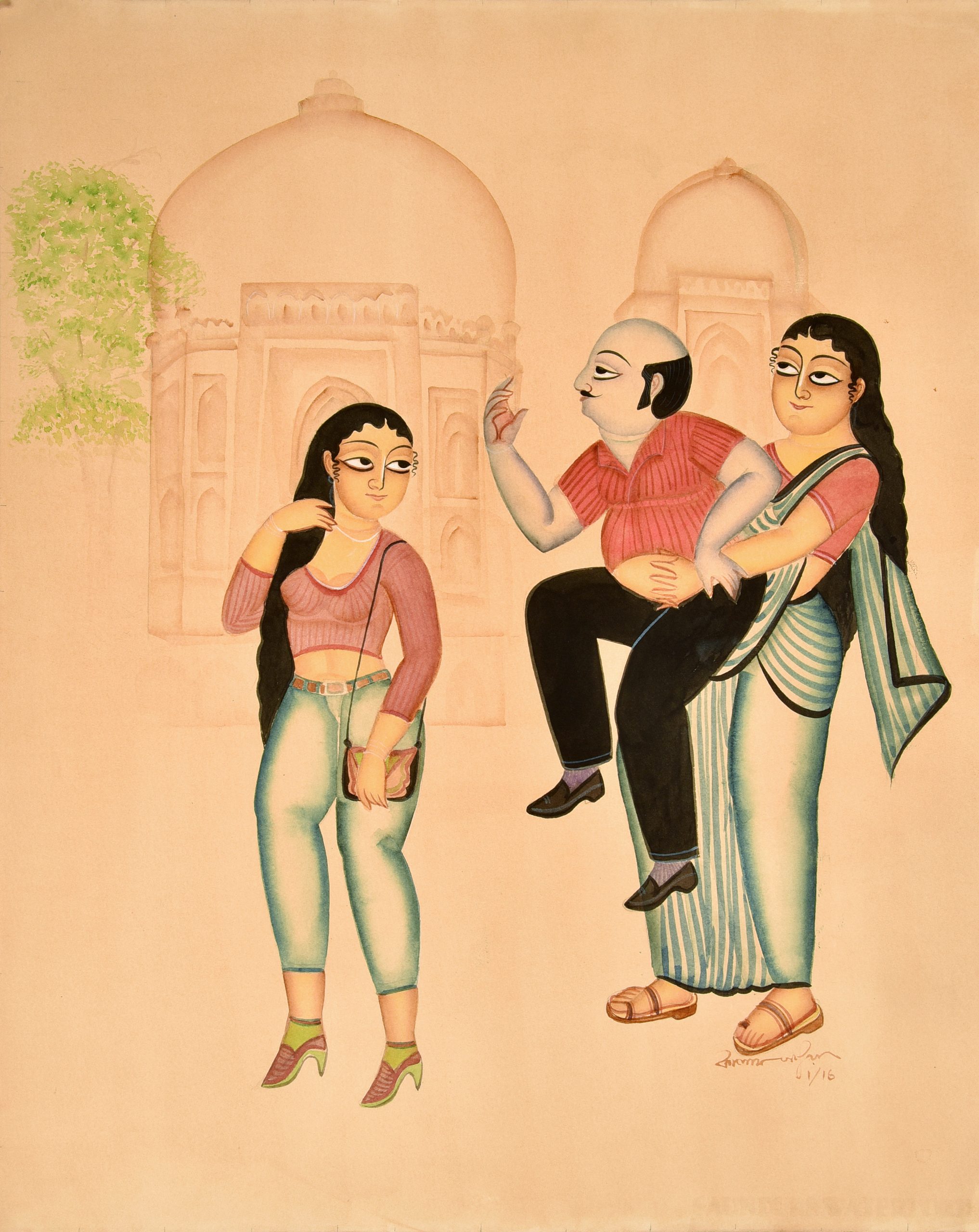 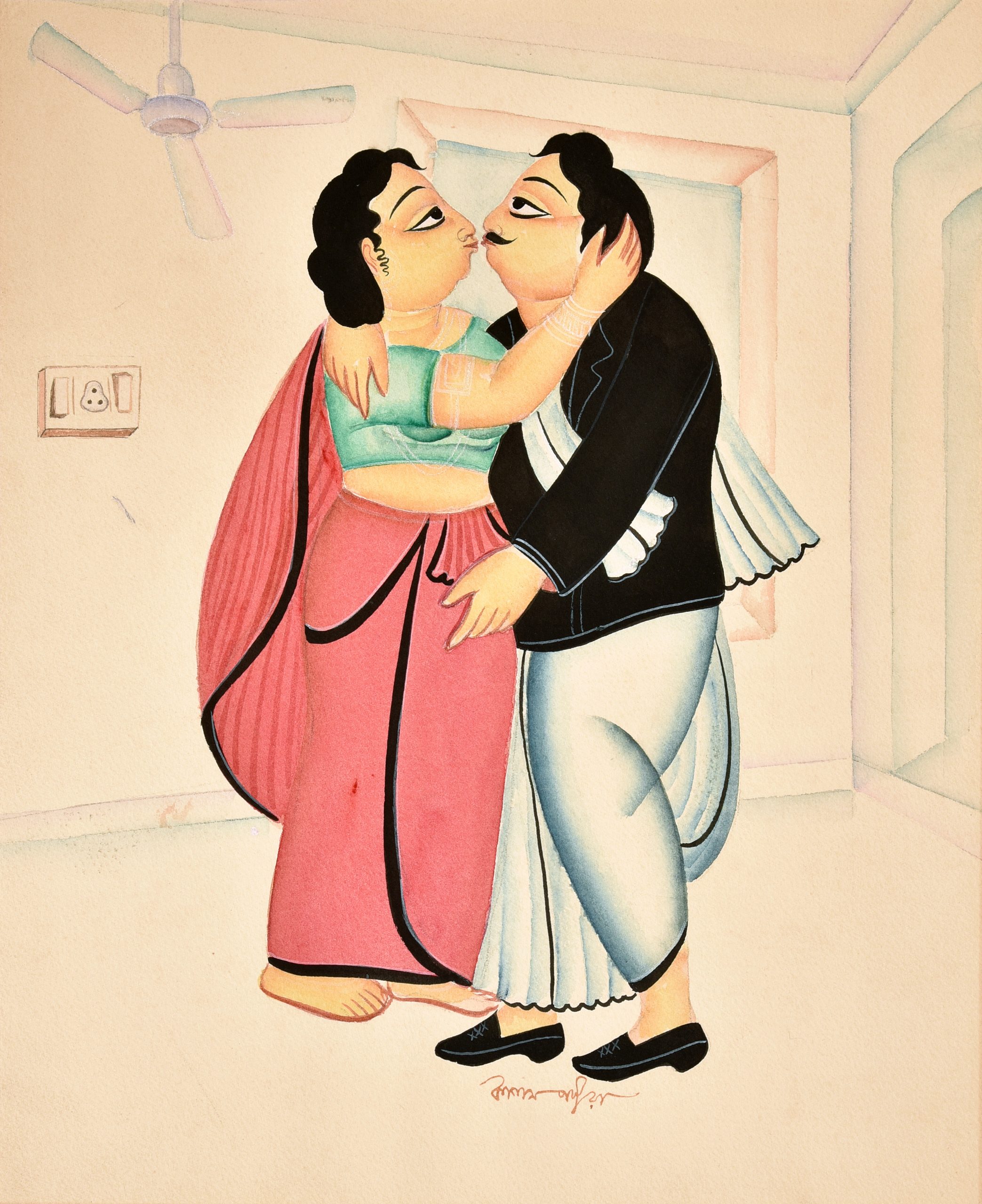 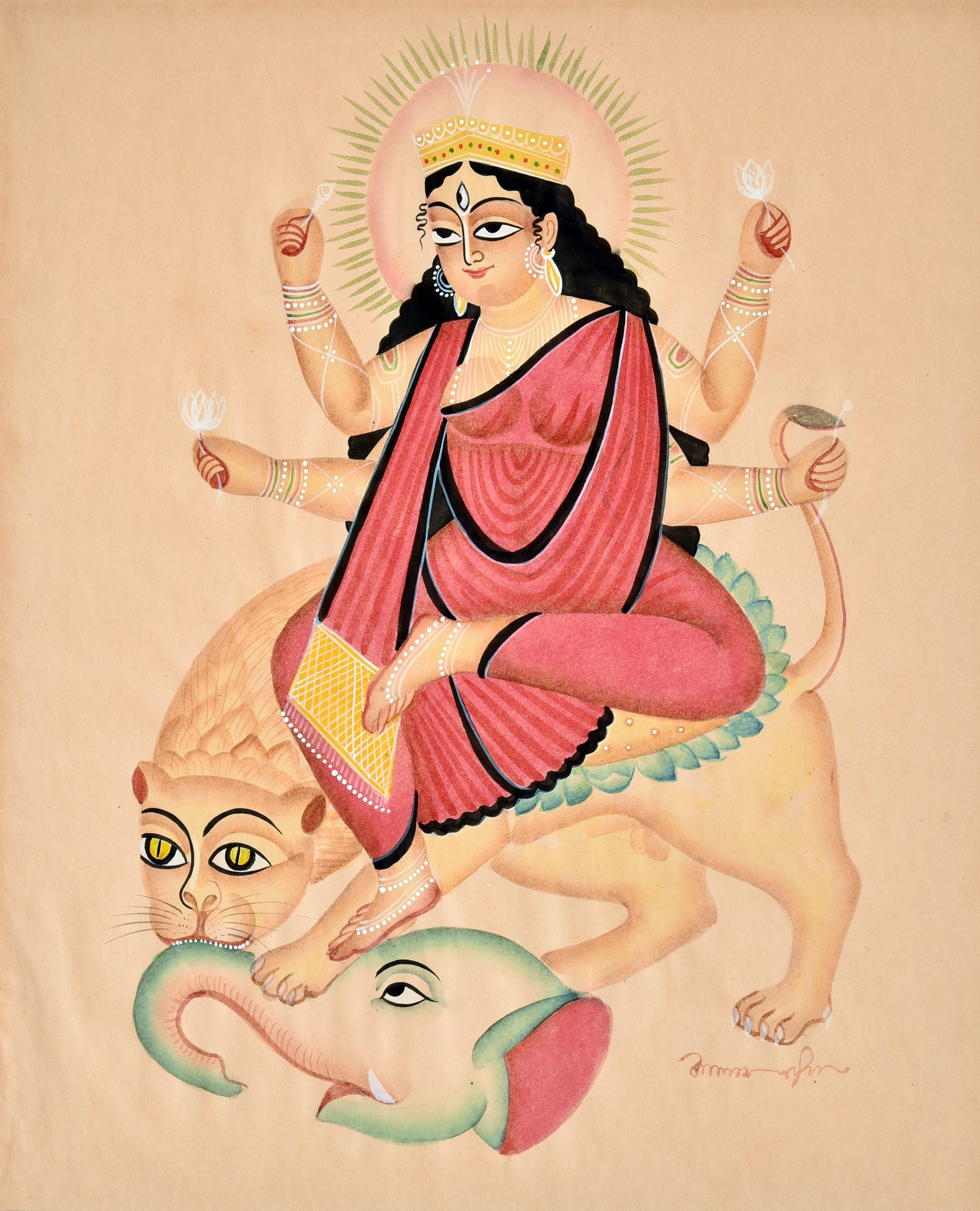 Kalam Patua is a postmaster in Rampurhat, a small town in West Bengal, India. He worked hard to achieve his position, but this is not his only passion. Kalam was born into a family of patachitra scroll painters and was trained in the tradition by his uncle. After several years painting scrolls, Kalam learned of the declining art of Kalighat painting, and was captivated by its clean lines and strong compositions. He looked for a teacher, but when none could be found, Kalam decided to teach himself Kalighat painting by visiting museums and libraries in Calcutta where he could study the style in person. Determined to revive the artform, he mastered its techniques, and inspired other patachitra painters to adopt the Kalighat style.

While traditional Kalighat painting began as a souvenir art with practitioners near the Kalighat Temple in Calcutta creating devotional paintings of gods and goddesses, over time artists expanded their themes from the religious to the everyday. Kalam Patua’s paintings have a particularly romantic charm. His palettes are full of soft pastels, with his figures punctuated by clean lines drawn in black. His scenes capture people and animals in sweet situations: couples dancing under a ceiling fan, women watching a dove fly by carrying a letter, people enjoying lunch in a busy café.

While Kalam has contributed much to the revival of Kalighat art, his painting practice has given him many gifts in return. “Making art has been my refuge from my hectic government job and my responsibilities as the head of my family. My income from my art has enabled me to educate my children well and provide a good home for my family. […] I feel a great sense of purpose and achievement in bringing the world’s attention to Kalighat art.”