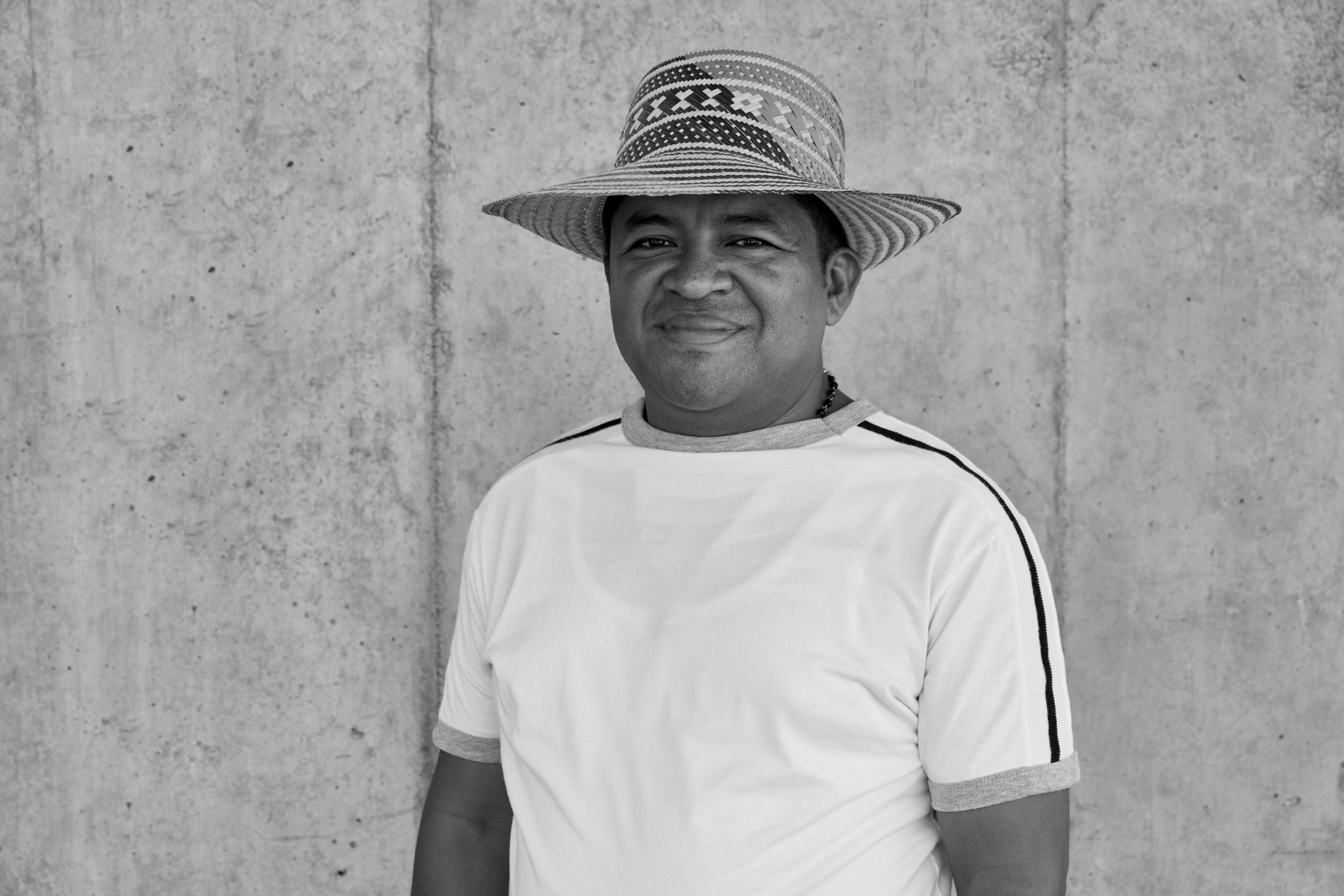 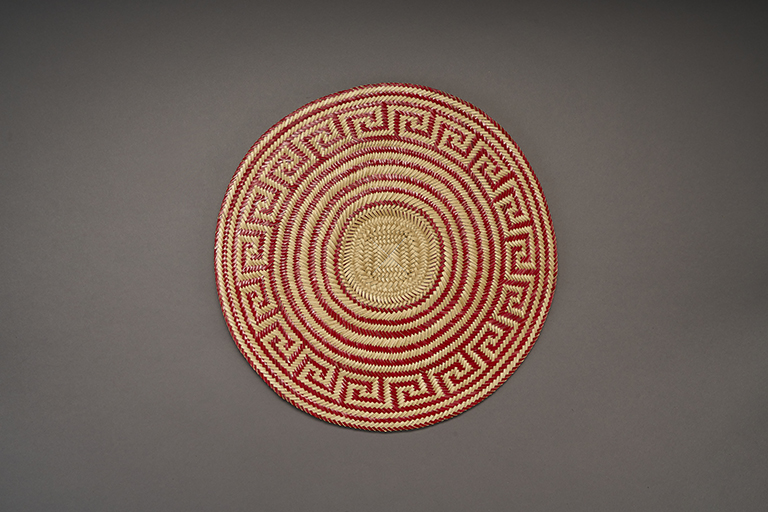 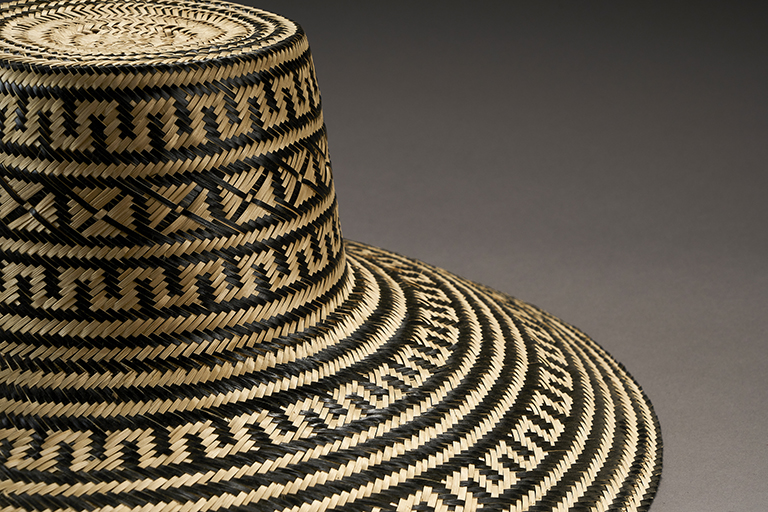 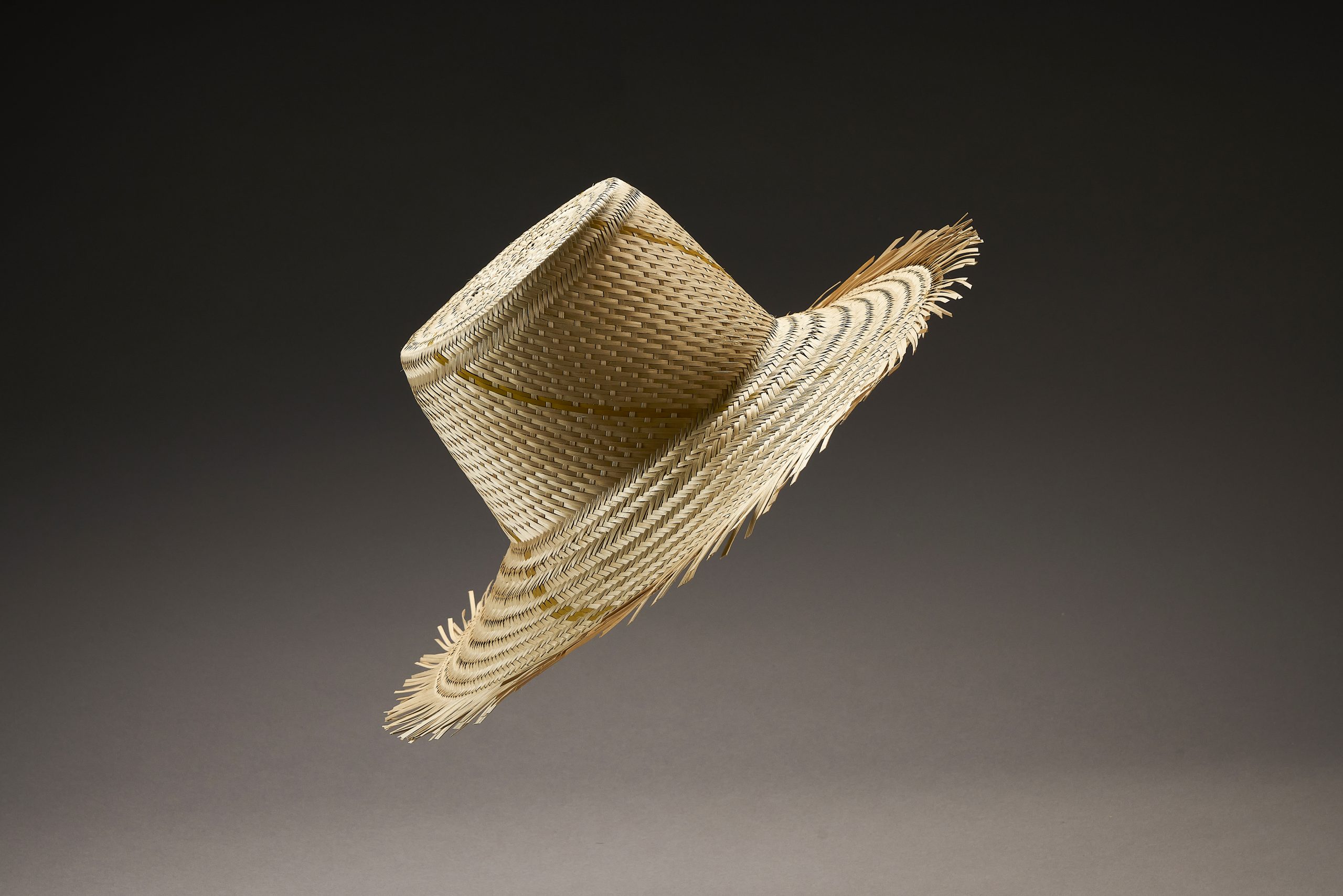 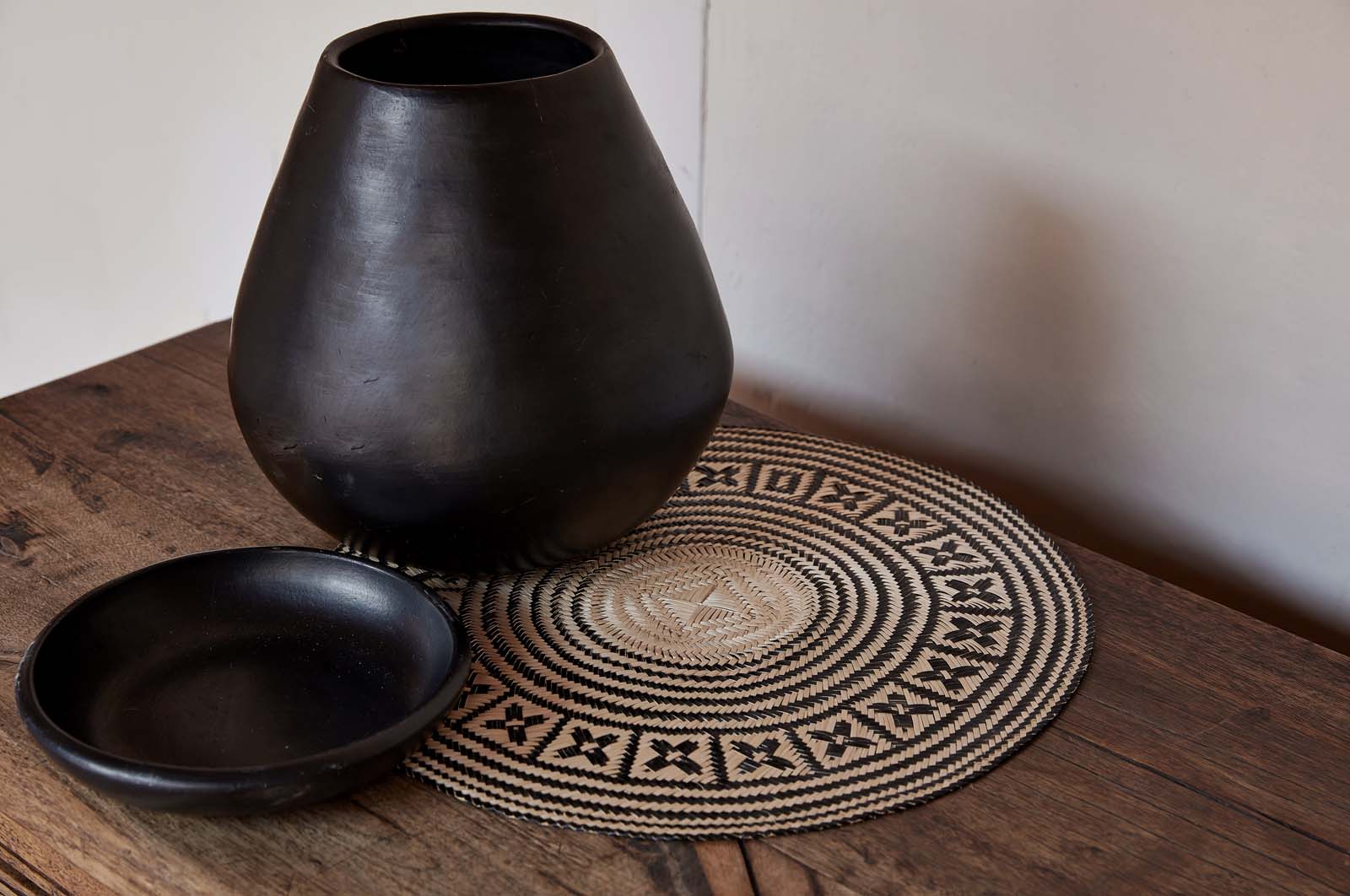 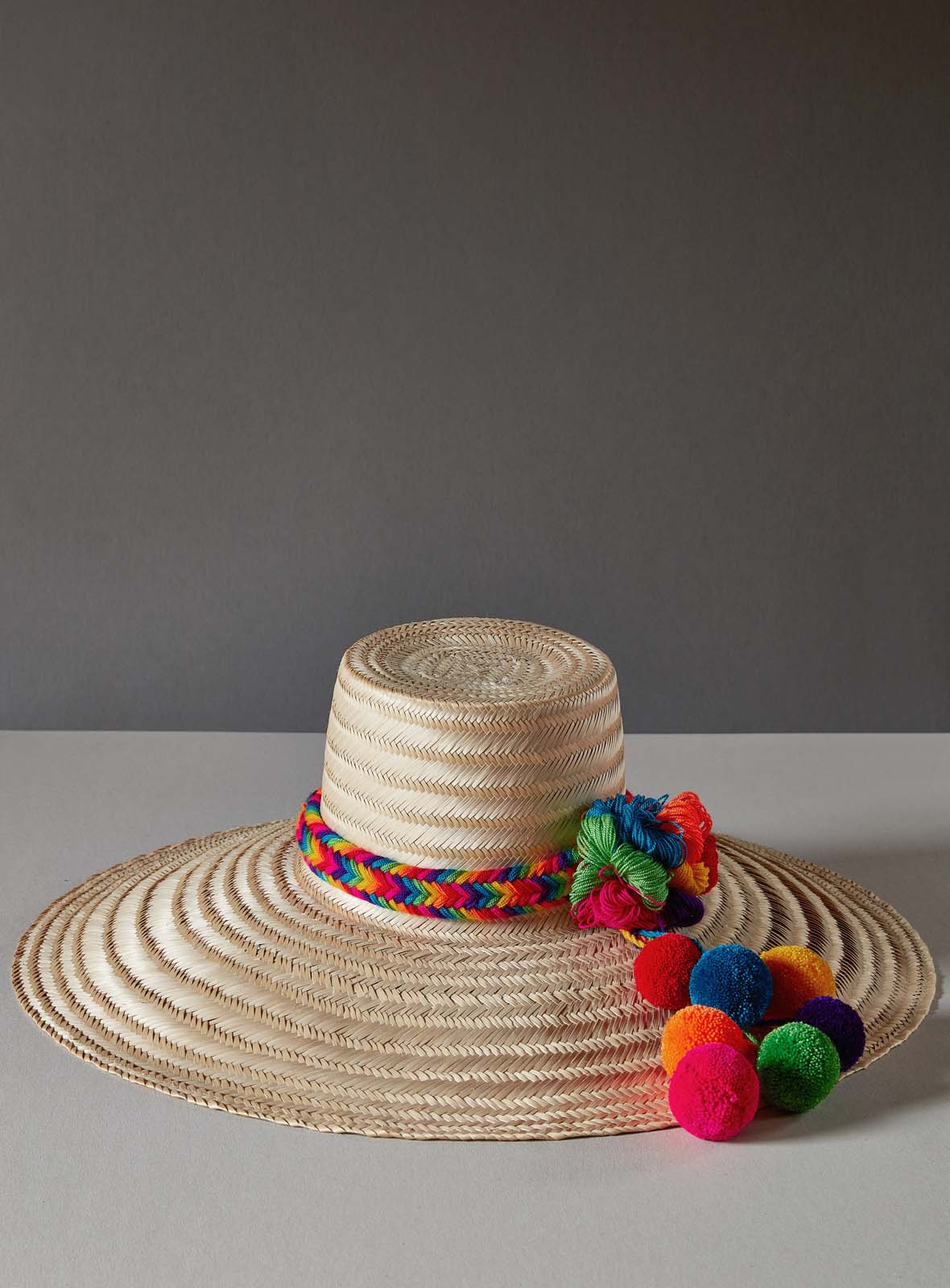 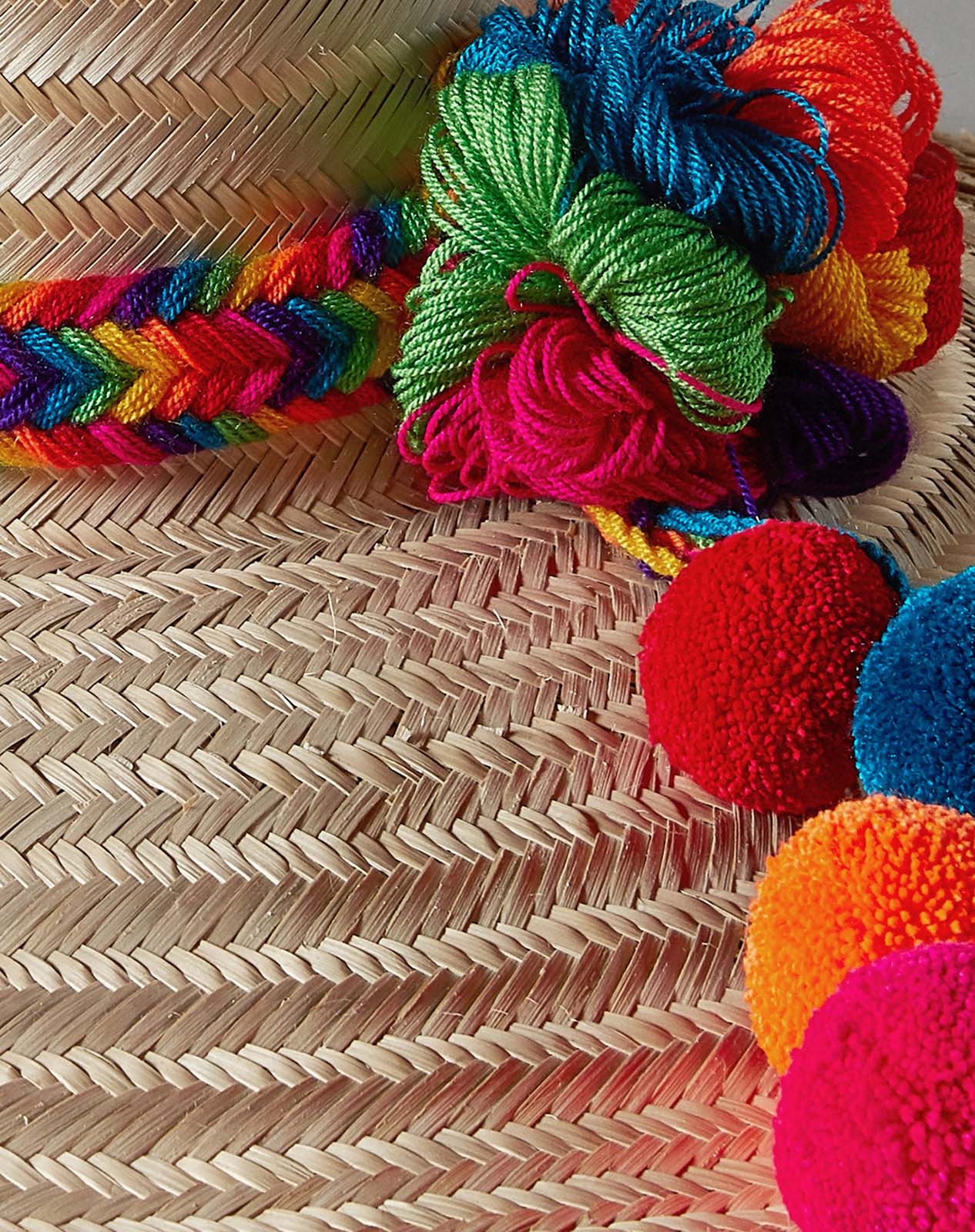 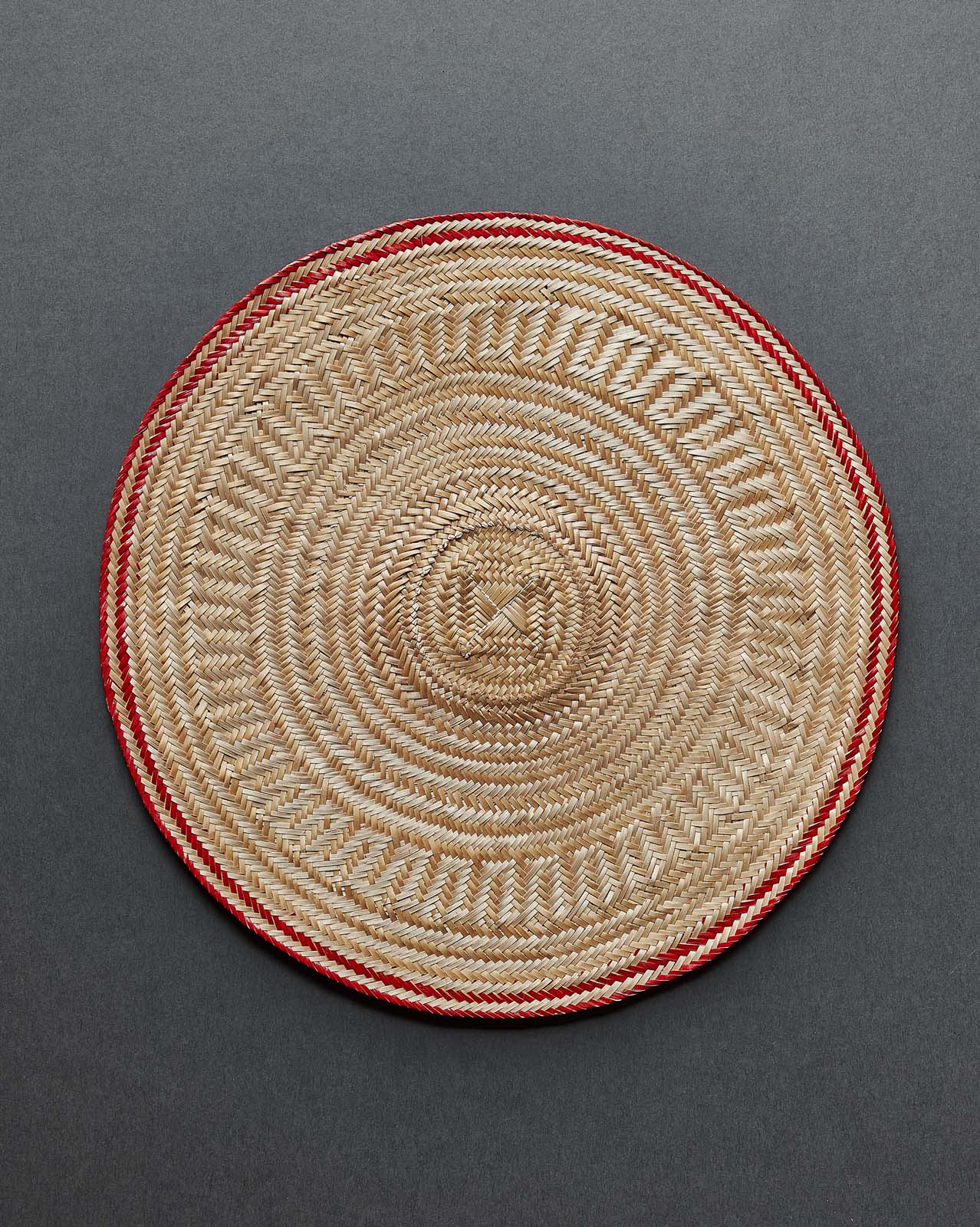 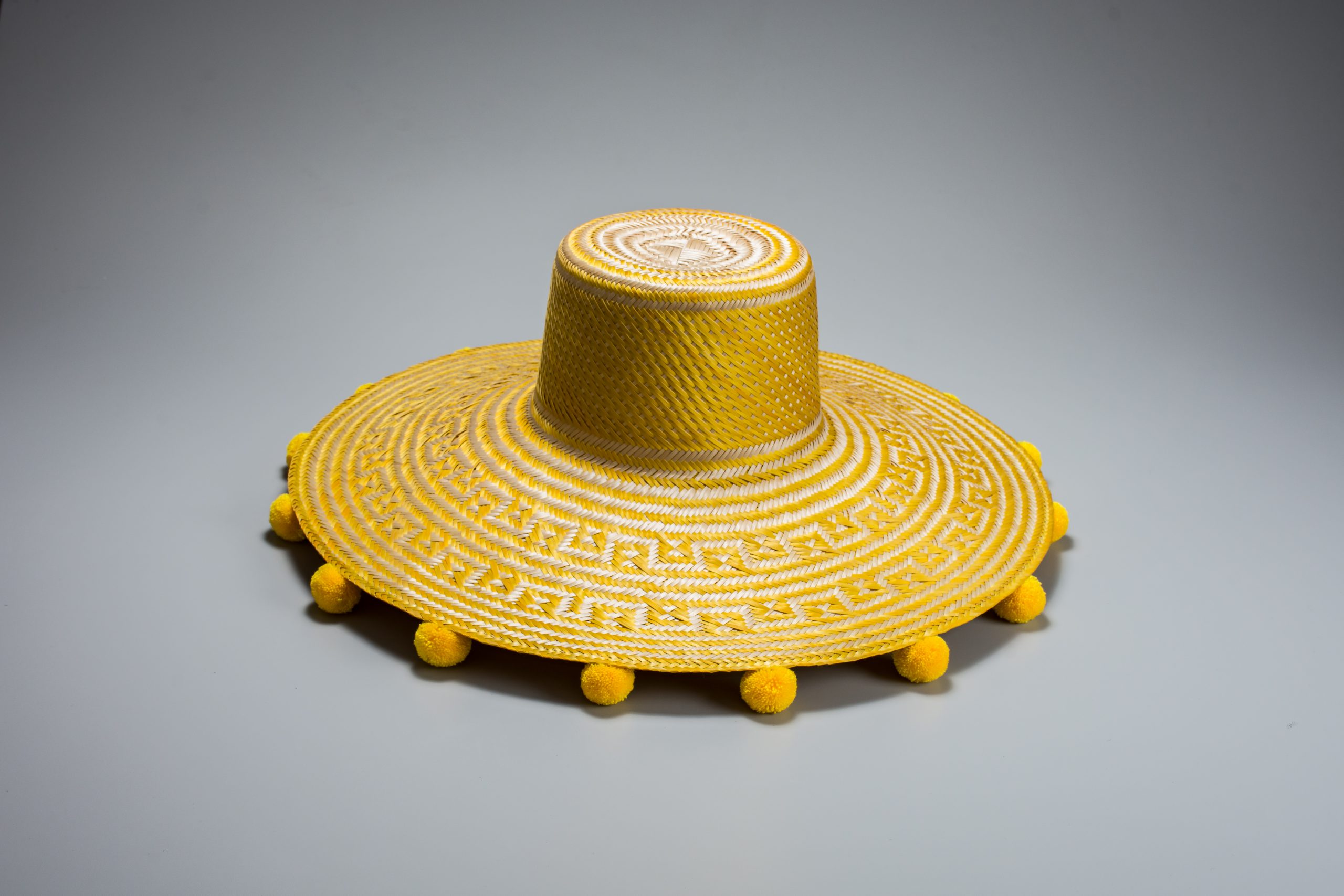 The technique of hat weaving by the Wayúu people of northern Colombia has been passed down for generations from elders to children. Traditionally, the hat is worn by Wayúu men and, increasingly, women. “Even the singer Beyonce’s daughter was spotted using one last year,” exclaims Taller Centro Artesanal del Sombrero Wayuú founder Gary González. This association of nearly 90 artists has used its creative power and technical talent to diversify traditional weaving and include daily use items, such as table mats and basketry, in order to introduce Wayúu crafts and culture to a wider audience.

The main raw material with which the hats and mats are made is a palm known as “Mawisa” or “Isi”. This palm plant grows naturally within the area of the Wayúu, which spans northern Colombia and Venezuela. Craftsmen extract the stem of the palm with a small knife, dry it in the sun, then cut it into strips. The weaving of the hats is developed through a basketry process, this one distinguished by a weave and warp process, achieved through a twill or diagonal weave. This weave offers numerous possibilities in terms of textures and images, with fishbone, mountains, and geometric figures being common. Hats and mats are made entirely by hand by one artist and then decorative elements, including tassels or yarn embellishment, may be added by another.

Gary founded Taller Centro Artesanal del Sombrero Wayúu over 20 years ago with the goal of preserving the culture of his people while also generating income for their community. “This is how we contribute to the rescue and preservation of this tradition,” he says. The group has received many awards including recognition from the Ministry of Culture of Venezuela for “Excellence, Authenticity and Innovation of Craft Trade.”