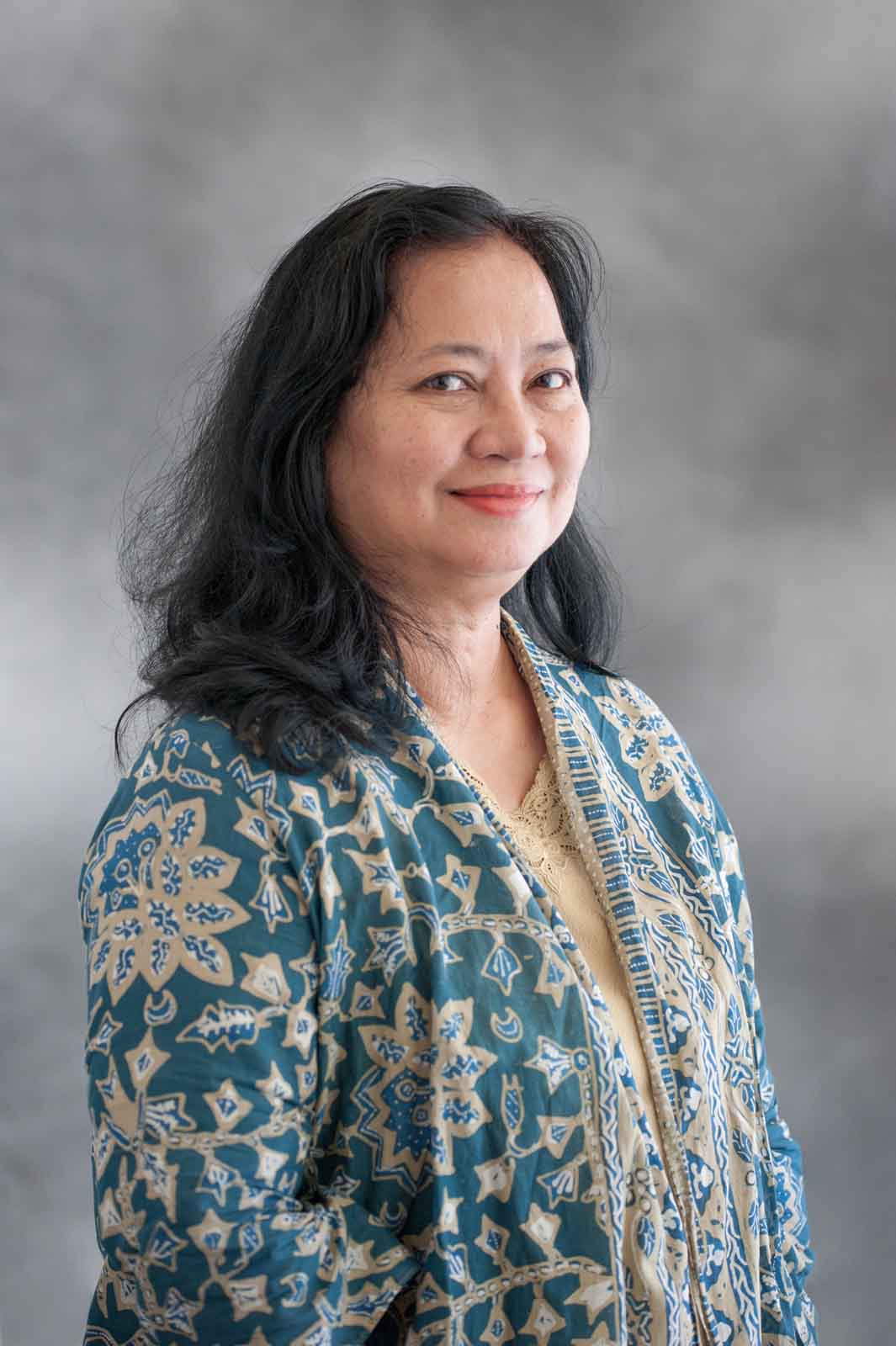 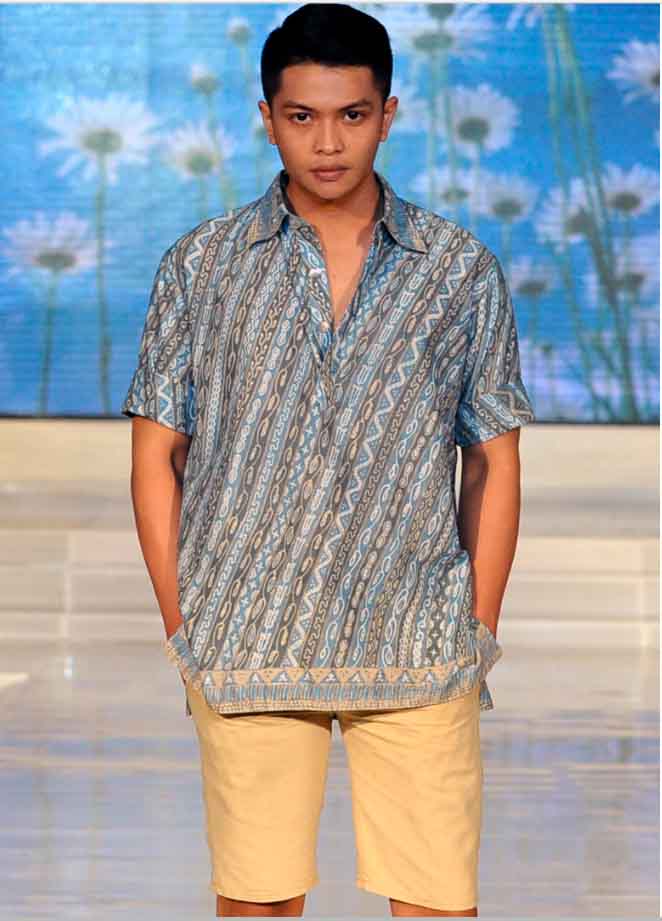 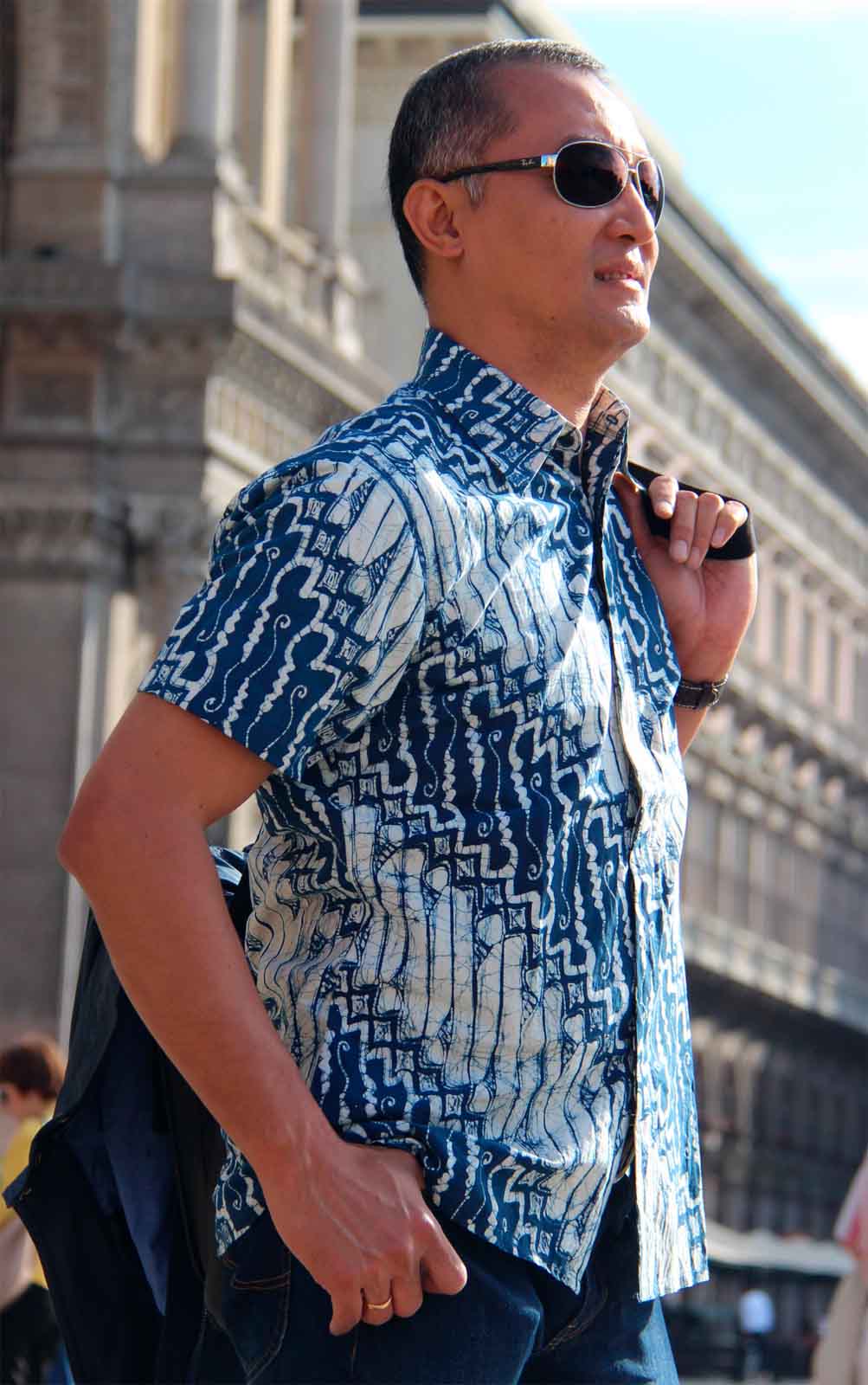 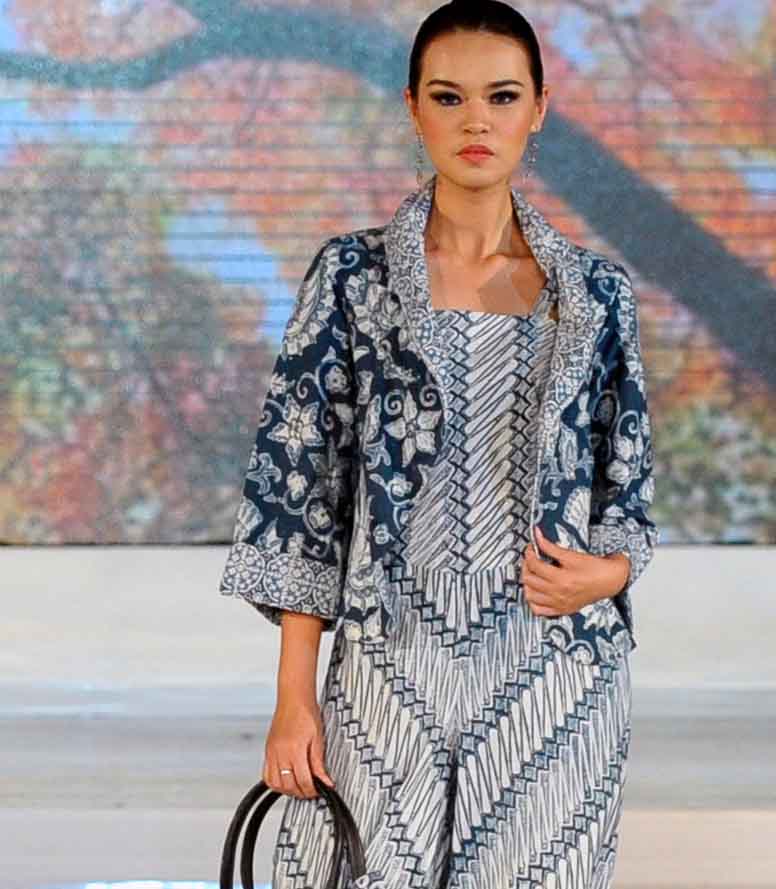 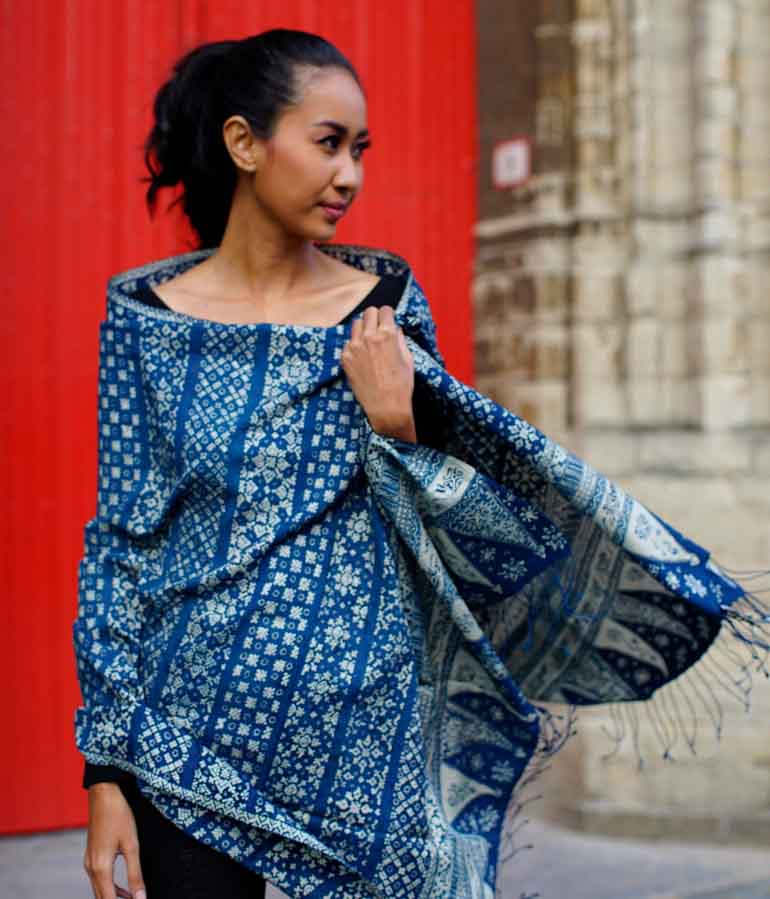 Batik is the traditional cloth from the ancient Java Island in Indonesia, worn traditionally by both men and women. The production of batik cloth begins with a drawn pattern, which is then traced over with hot wax. Later, the cloth attains its rich color with locally sourced indigo dye. Once the fabric is prepared, it’s ready to be transformed into any number of items, from silky-soft shawls to decorative wall hangings, as well as smaller items like dolls, hand fans, and even necklaces. Traditionally made of cotton, today Sekarlaranti and her artisans also use silk, rayon, and various other natural fabrics.