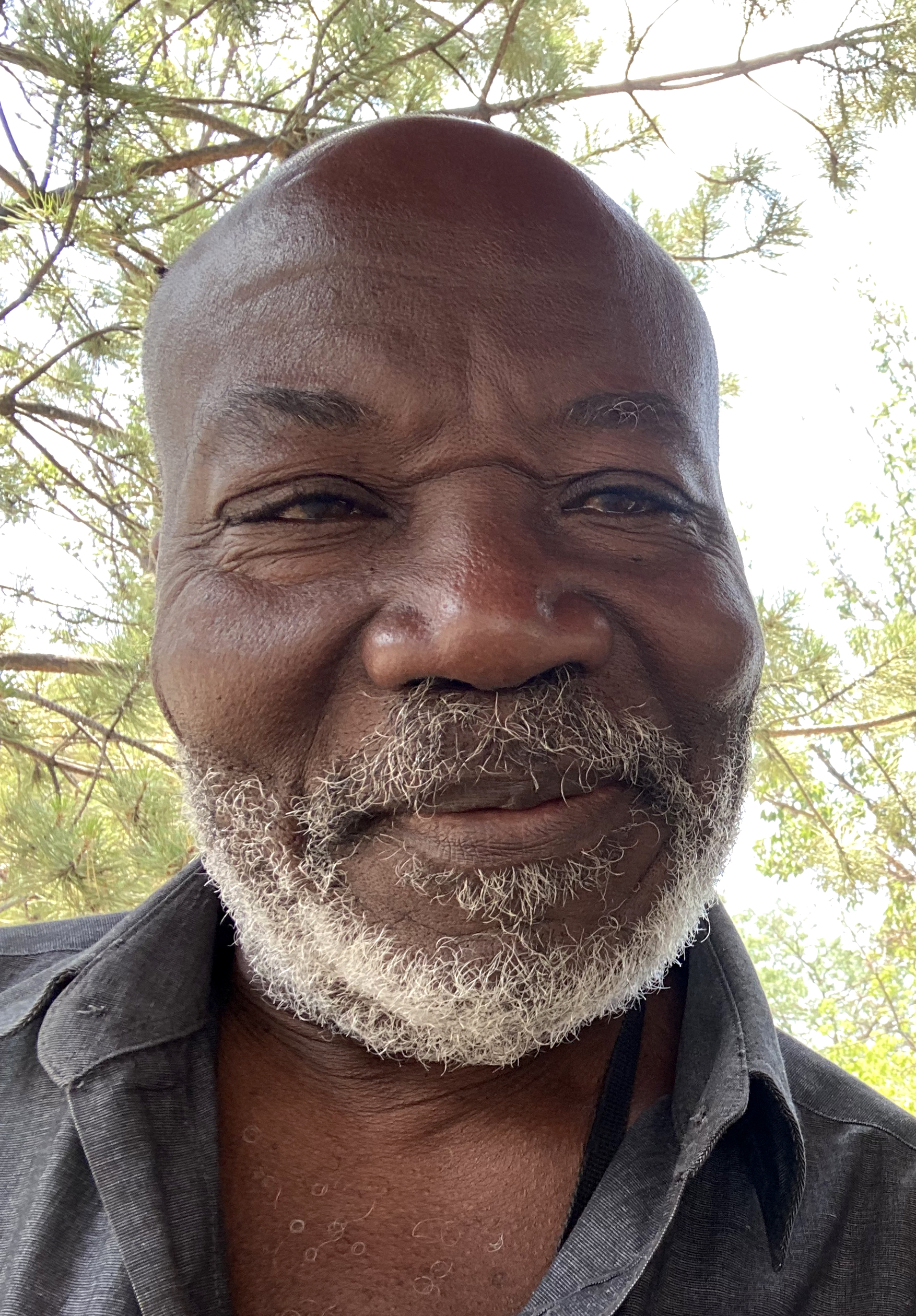 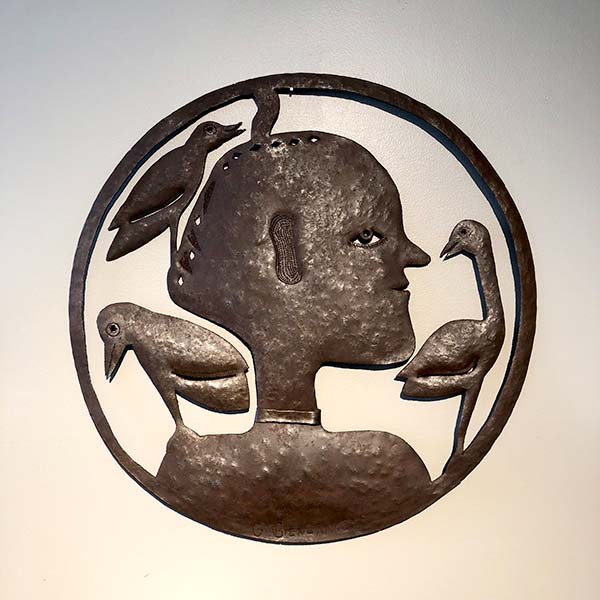 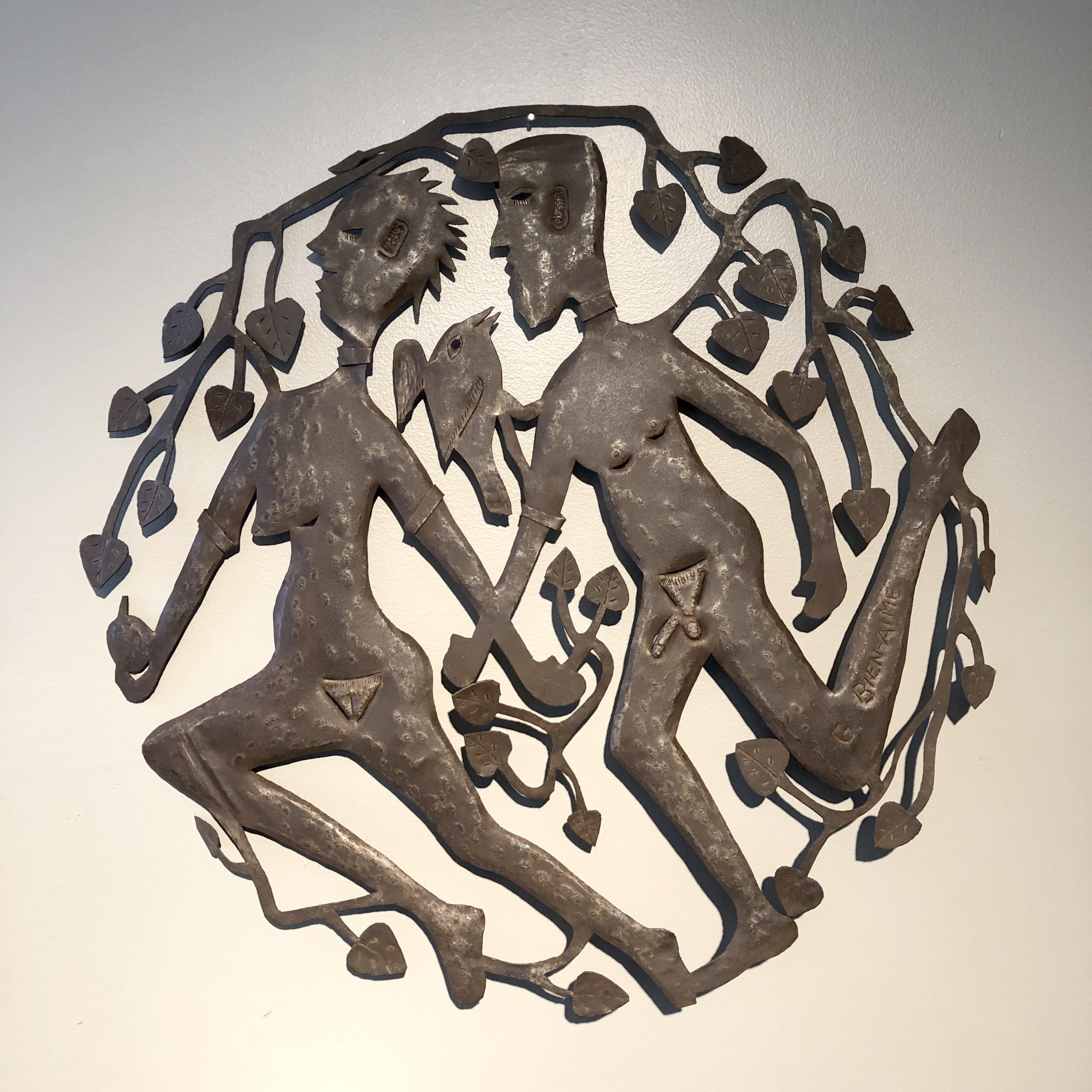 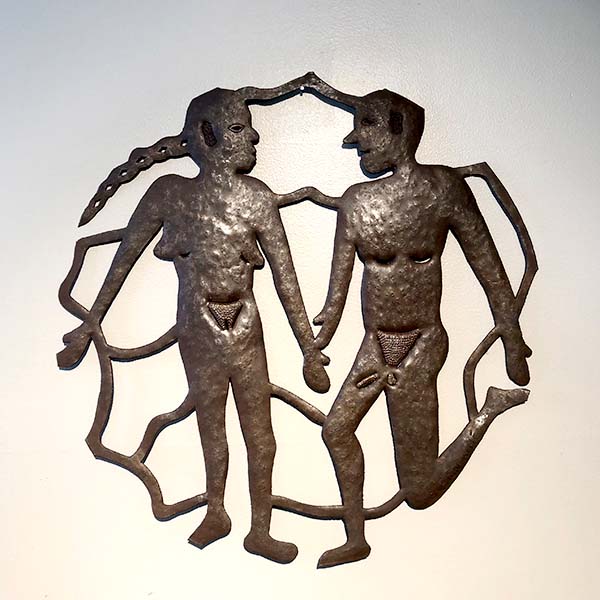 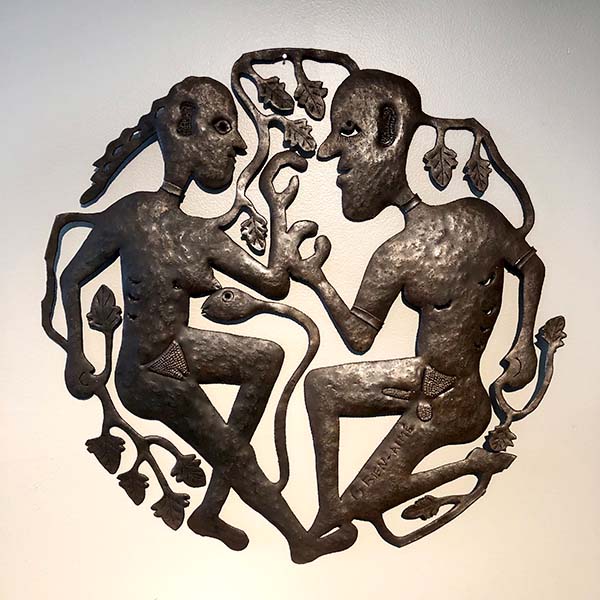 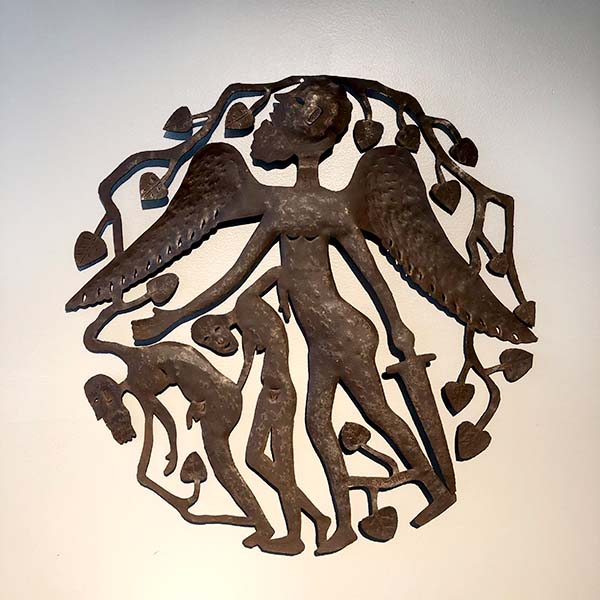 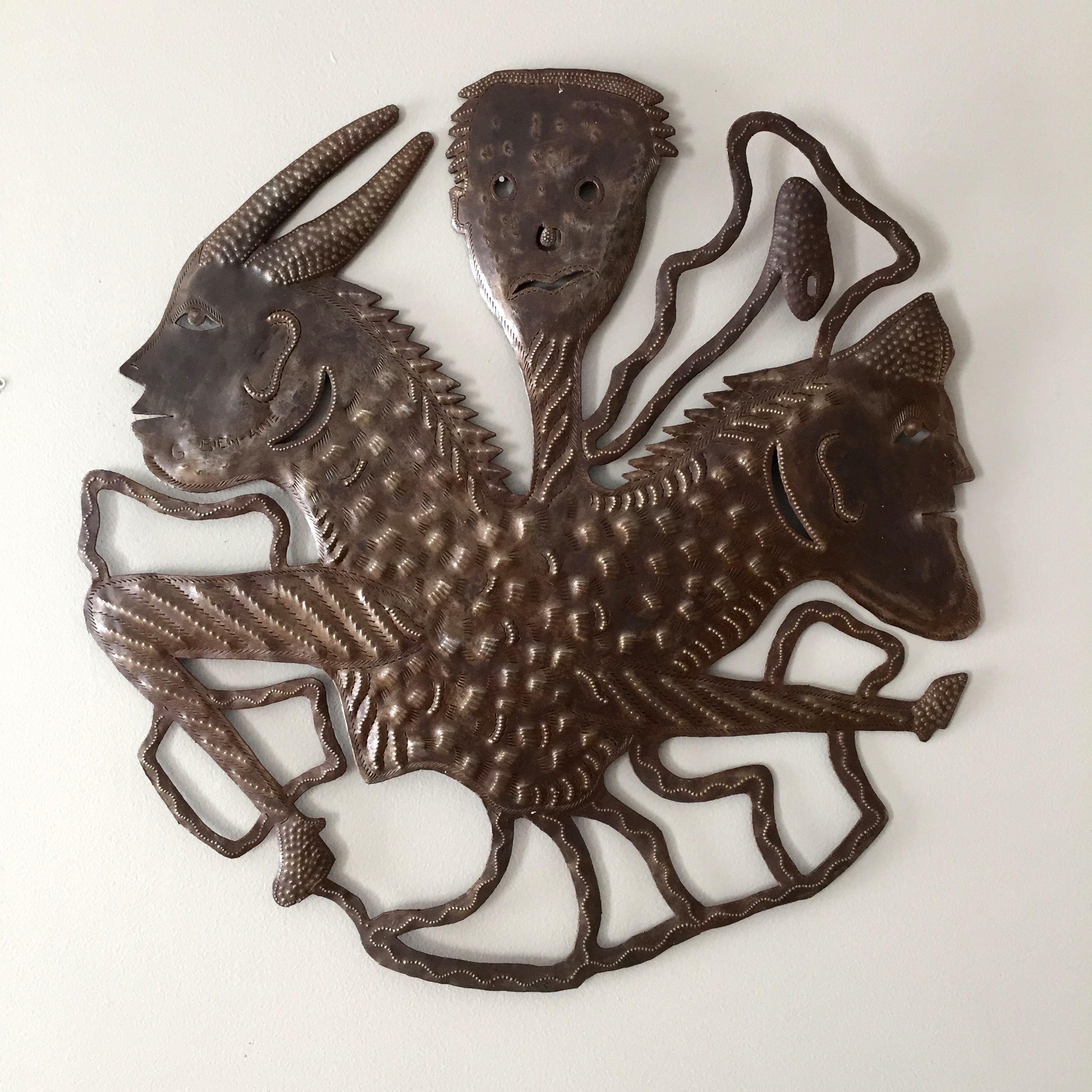 Gabriel Bien-Aimé was born in Croix-des-Bouquets, widely considered the cradle of Haitian cut-out metal sculpture, thanks to artists such as Georges Liautaud. His works portray a playful sense of humor, and, he says, “are from his own heart and soul, his own unique experience spiritually and mentally, his ideas about his religious beliefs, and the influence of nature, animals, birds, and natural surroundings.” Gabriel’s works always make reference to Vodou, conceptualizing and representing its tenets in both human and non-human forms. In Vodou, the loa (spirits), which are at the center of the religion, are closely linked with nature and are believed to inhabit springs, rivers, and trees.

Gabriel uses steel recycled from oil drums as the basis of his works. In this tradition, the tops and bottoms are cut off the drums then the sides are flattened to create smooth surfaces. The artist then visualizes a design, which is cut with a hammer and chisel. Gabriel’s process focuses on sculptural relief through techniques such as iron folding and the addition of metallic parts. His work is unique and dynamic given that he rarely repeats images, and each piece is crafted by hand, one at a time.

Gabriel is considered one of the most important metal artists of his generation. His works have been exhibited worldwide and are in the permanent collections of the Centre Pompidou, the Musée du Quai Branly, the Musée National d’Art Moderne de Paris, the Waterloo Museum, the Figge Art Museum, the Milwaukee Art Museum, Le Centre d’Art, and the Musée d’Art Haïtien du Collège Saint-Pierre