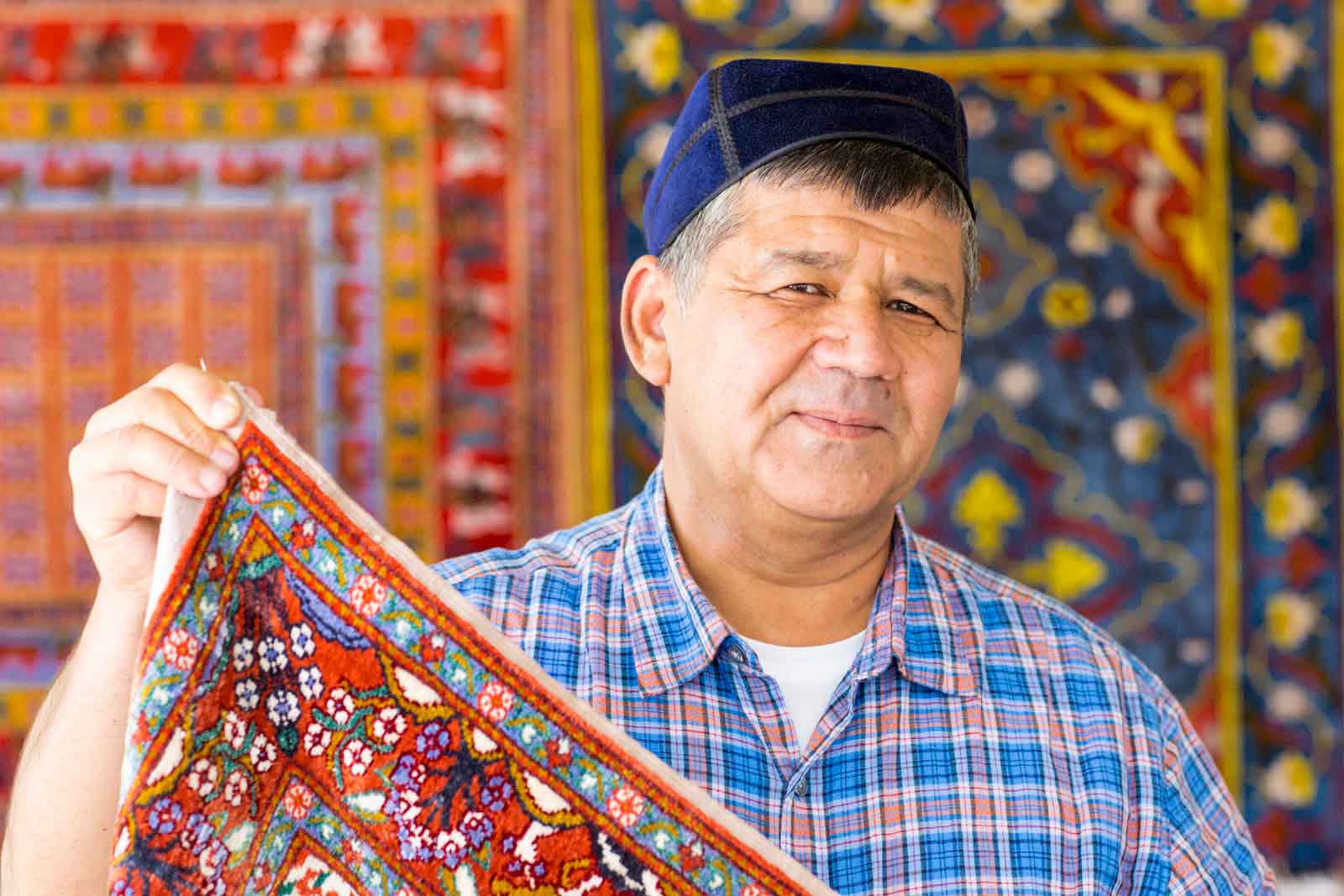 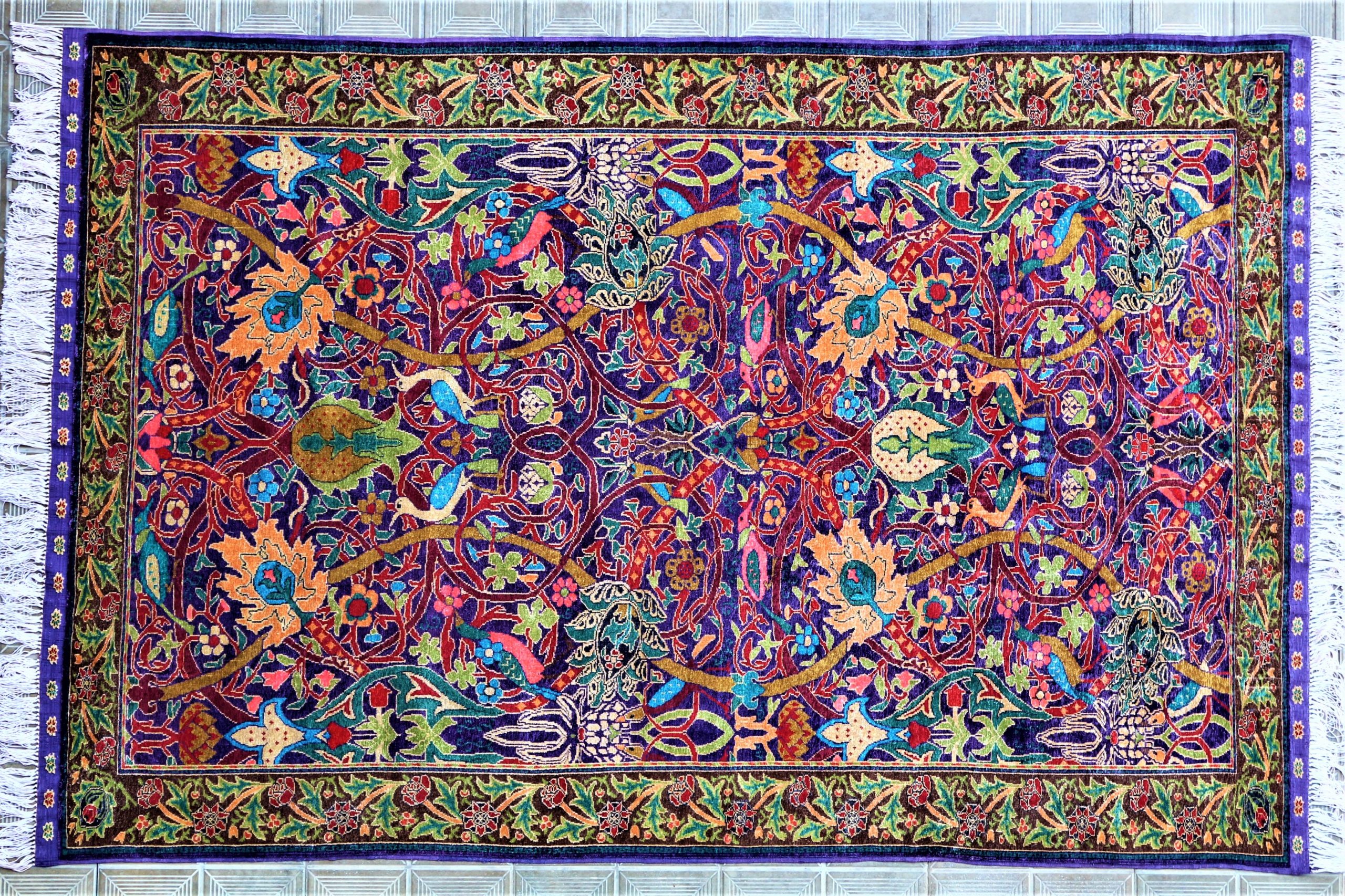 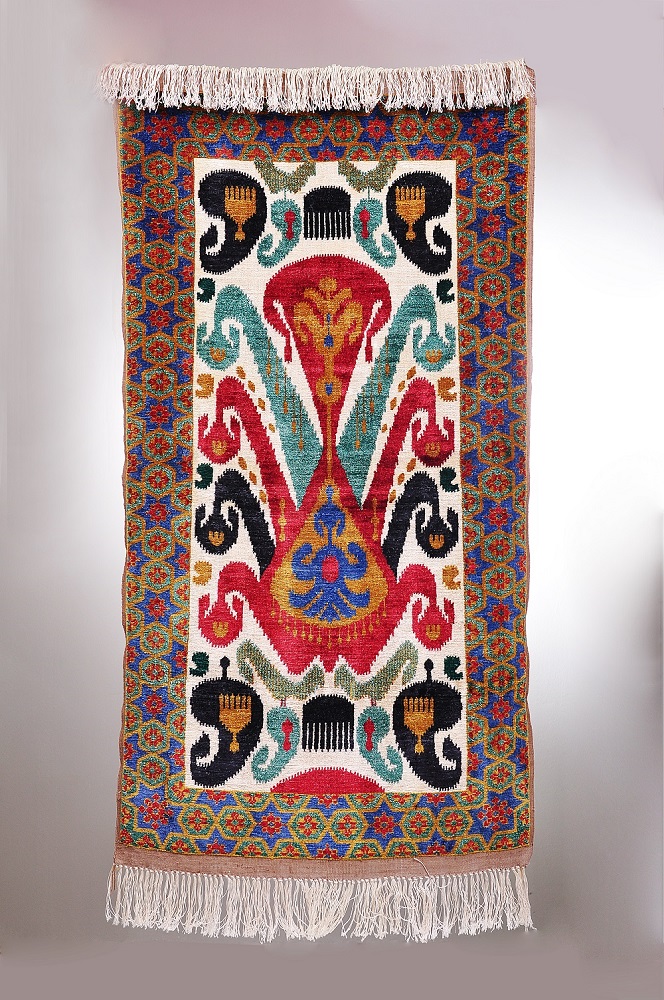 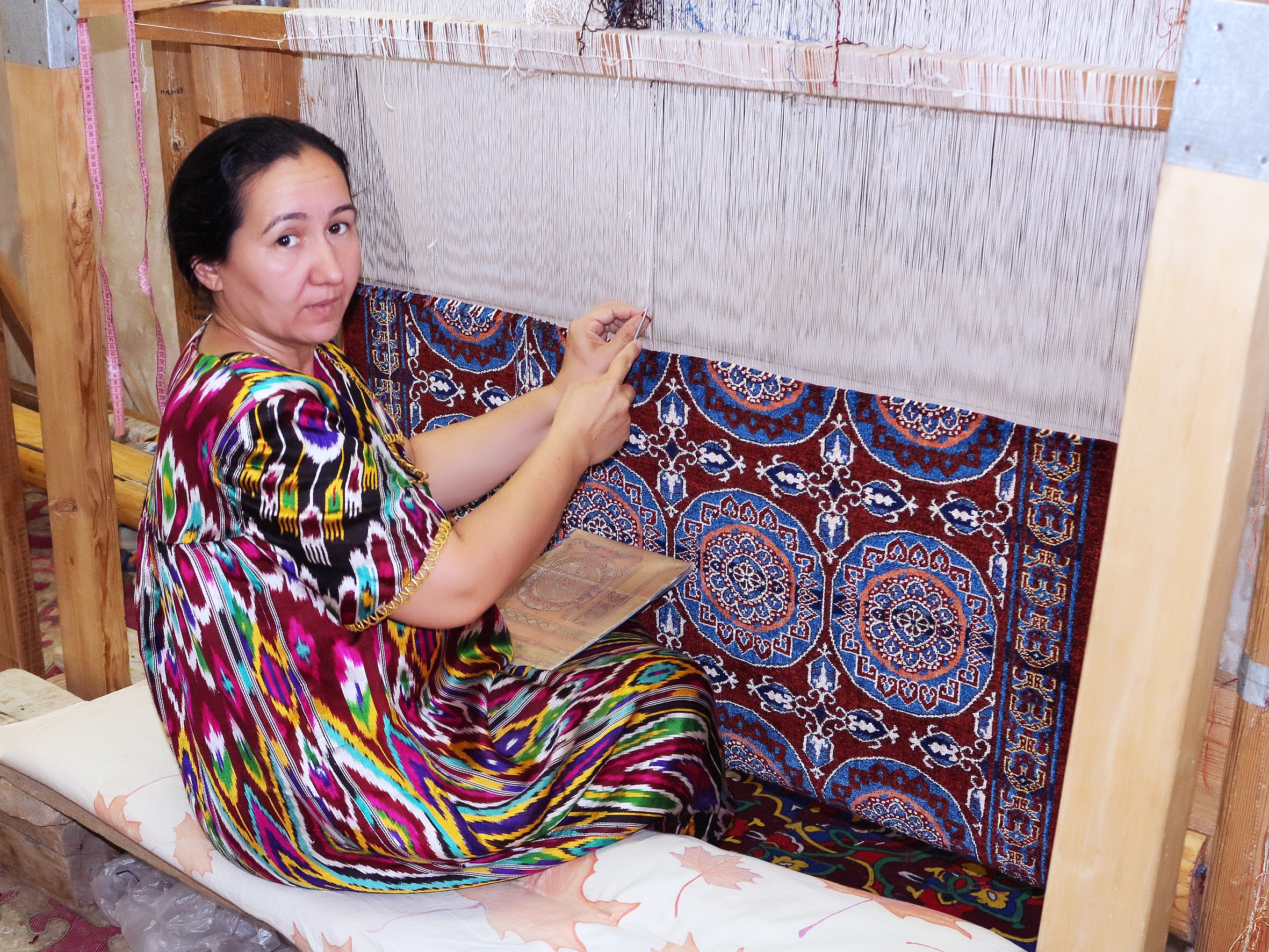 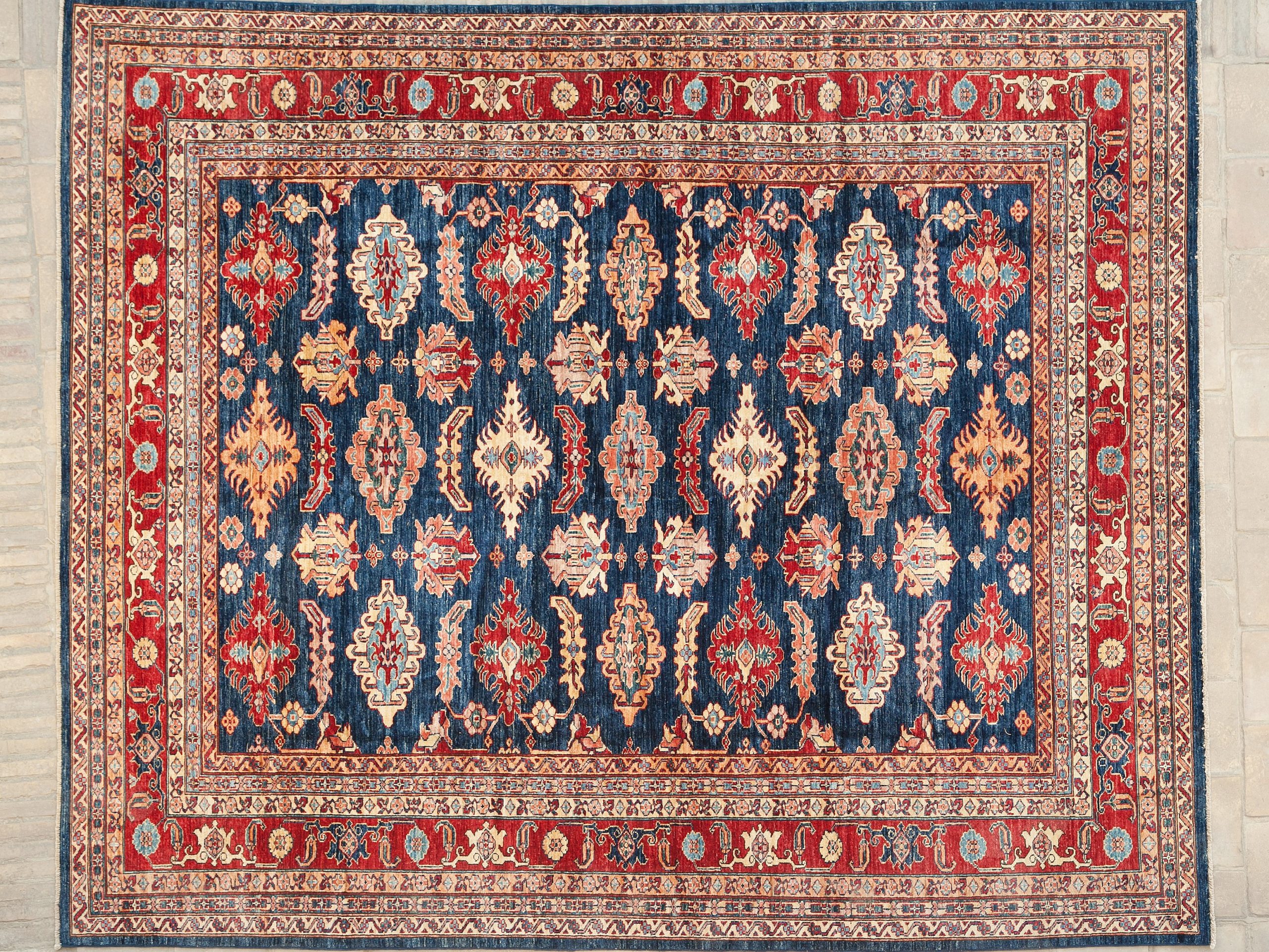 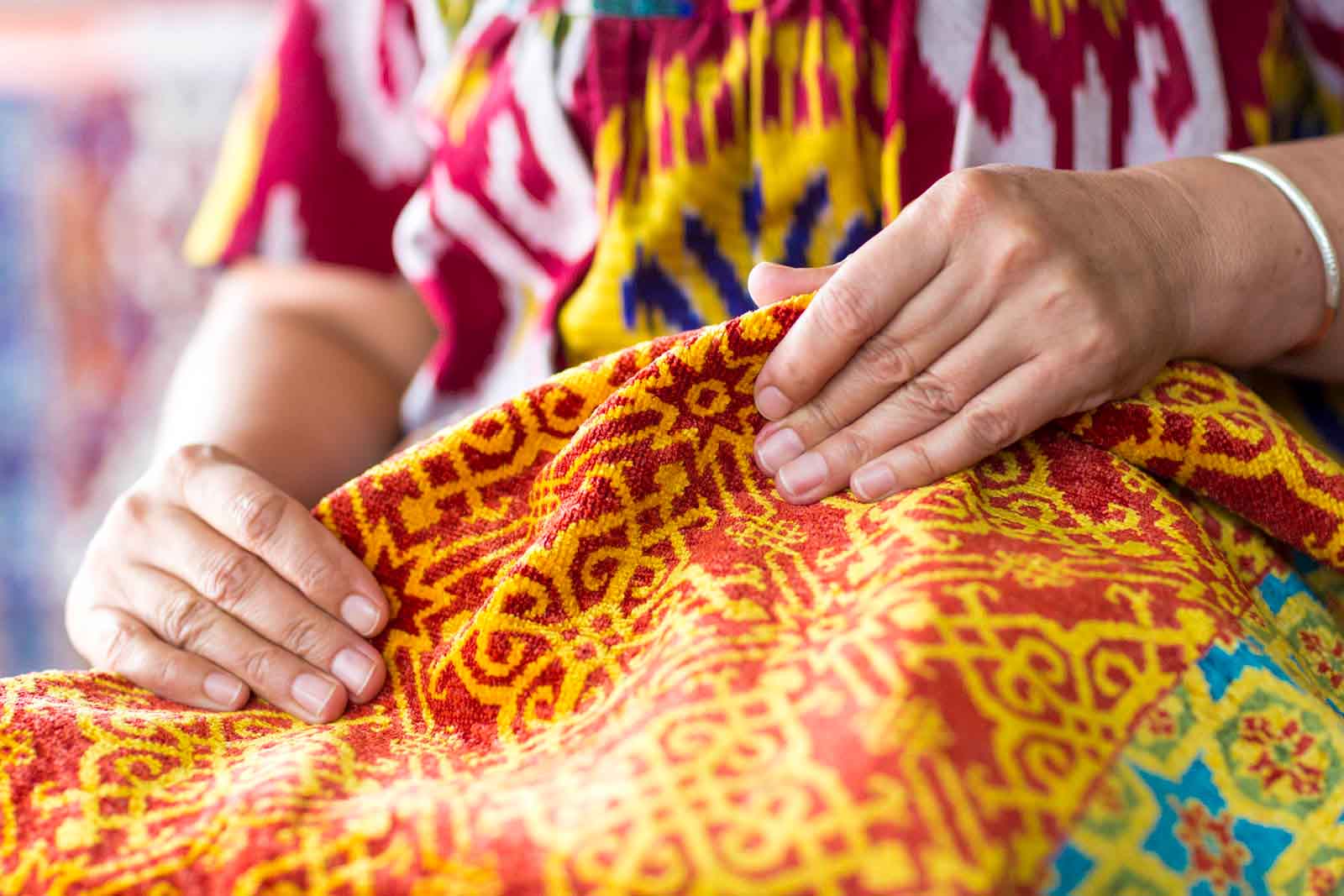 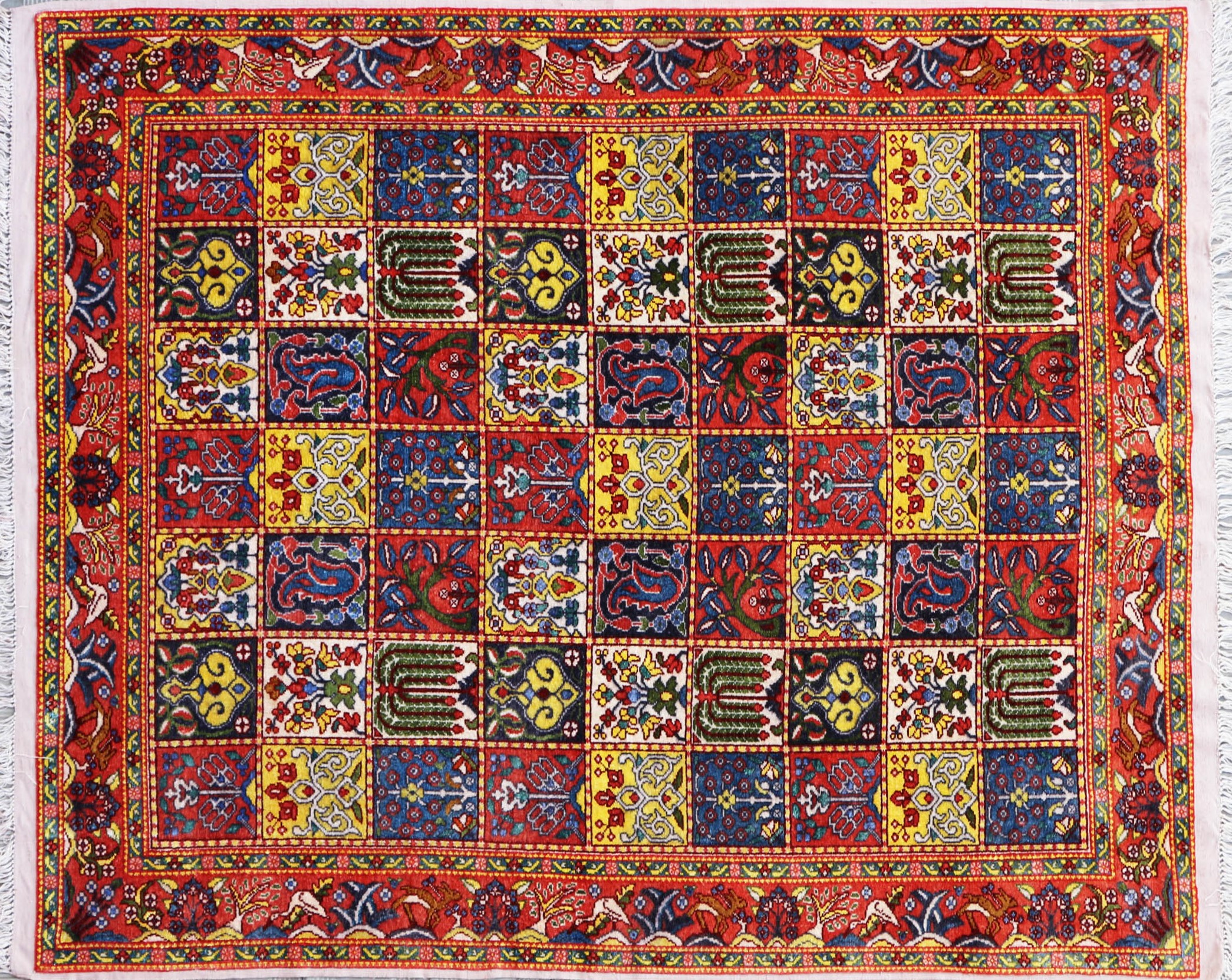 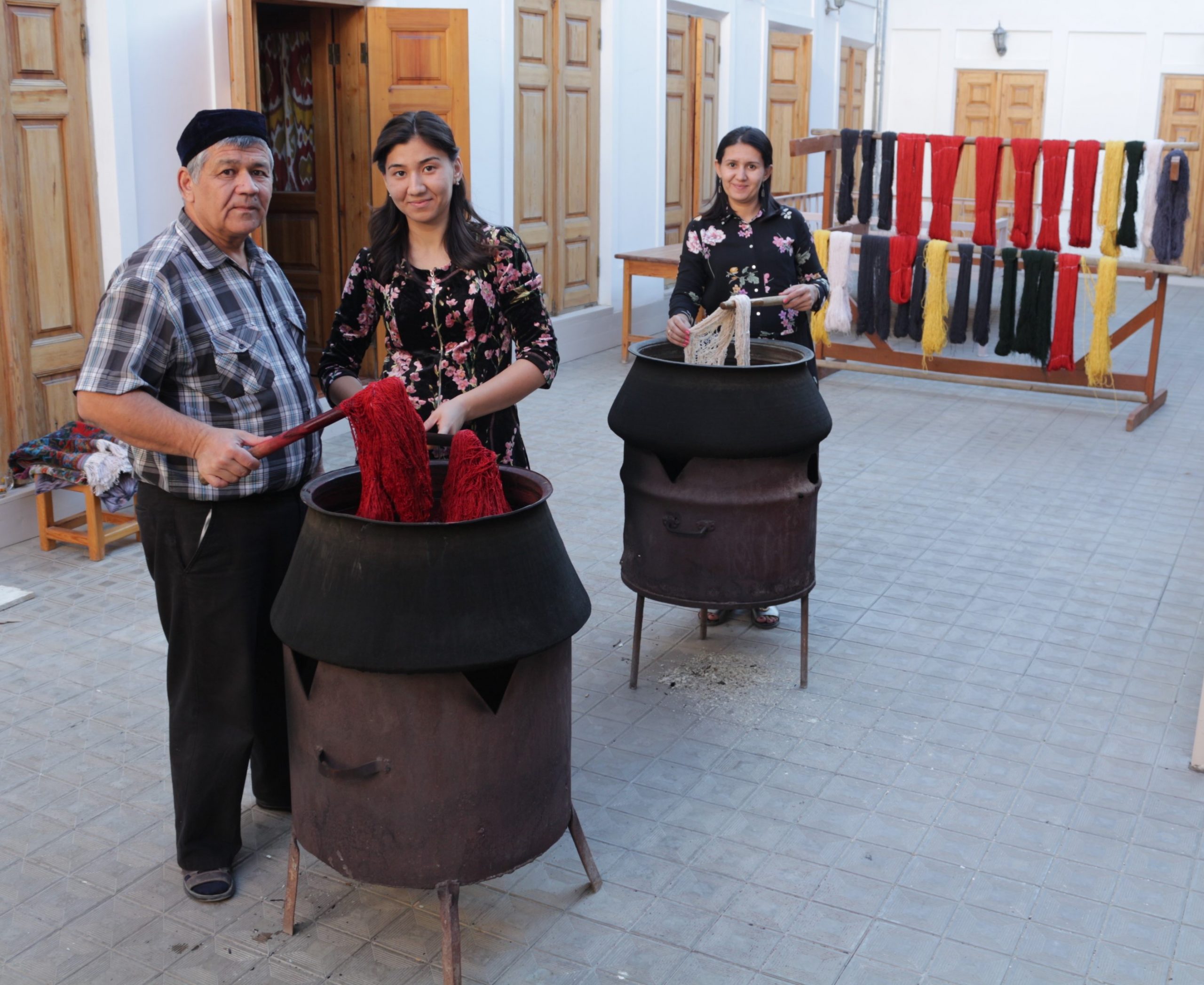 Lushly textured, intricately patterned, and riotously colored, not to mention steeped in history, Uzbek rugs have enthralled collectors for centuries. Once part of the Persian Empire, Uzbekistan has a long tradition of exquisite textiles, with artisans passing skills from one generation to the next. The goal of the School of Traditional Carpet Weaving, Embroidery & Natural Dyeing is to revive, preserve and pass on to future generations the motifs, designs, and techniques of Bukharan traditional carpet weaving.

The school, located in the ancient city and artistic hub of Bukhara, was founded by UNESCO in 2001 when Uzbekistan was beginning to revive its historical craft heritage, and experienced craftsman were few and far between. Multi-talented artist, Fatillo Kendjaev, who studied forgotten Uzbek artistic techniques with old masters, was the first director of the school. A passionate teacher, he trained around 300 apprentices, including family members, local community members, and people from around Uzbekistan. Faltillo says that all of the masters at the school are extremely talented, especially his wife, Firuza Khamraeva, who teaches natural dyeing and weaving.

Artisans at the school undertake extensive research to reproduce hand-woven designs from previous centuries. Simultaneously, they are working on innovating unique carpet designs of their own, tying strikingly-colorful, naturally-dyed silk and wool yarn in Bukhara-style double knots on tall handlooms.

Under Communist rule in the 20th century, Uzbek crafts were looked at with suspicion, thought to be too closely tied to feudal history, and therefore antithetical to modernizing society. Thankfully, however, since the fall of the Soviet Union in the early 1990s, Uzbek artists and craftspeople have approached their creative practices with renewed vigor. The works produced by The School of Traditional Carpet Weaving, Embroidery & Natural Dyeing represent the renewed freedom and cherished history of Uzbekistan’s people, and proudly demonstrate their excellence in craft to a global audience.